Flying during the holidays is a nightmare. You don’t need anyone else to tell you that, what with all the airline studies that come out every year about just how bad it’s going to be getting in and out of the airport this time of year. But other than expecting a crowd, it’s hard to know what to actually do about handling holiday flight stress other than some measly “hacks” like “check-in online!”

Which brings us to the “it” cure-all of the moment: cannabidiol, or CBD. CBD is a compound found in cannabis that doesn’t get you high. It’s in a legal grey area because it can be extracted from hemp, which has 0.03 percent or less THC. So while it doesn’t send you to cloud nine, it’s purported to be everything from a stress reliever to a miracle drug that can lessen muscle pains. More studies need to be done to nail down exactly how it affects our bodies, but that hasn’t stopped people putting it in cocktails, coffee, tea, and pretty much everything else humans ingest. But does it work for flight-related stress?

“A CBD tincture or CBD edible is a great way to take the edge off,” Curt Van Inwegen, the CEO of CBD company Life Elements, told Matador Network. “I don’t take anything with THC because I find that CBD has a way of calming my nerves and relaxing me so I can deal with delays, stress, crowds, and anything else that comes up.”

Those nerves can be a big problem. A study in CBD publication Remedy Review found that nearly 58 percent of women and 47 percent of men are anxious about flying. Around 33 percent of respondents in the study said turbulence was the most anxiety-inducing issue, followed by delays (25 percent) and TSA lines (18 percent).

However, despite having both the problem of travel stress and a trendy stress-relieving solution in CBD, people rarely combine the two. Of those included in Remedy Review’s study, only 4 percent (5 percent of women and 2.5 percent of men) claimed to have used CBD to ease travel anxiety.

For the curious, here are the pros and cons of taking CBD before flying. 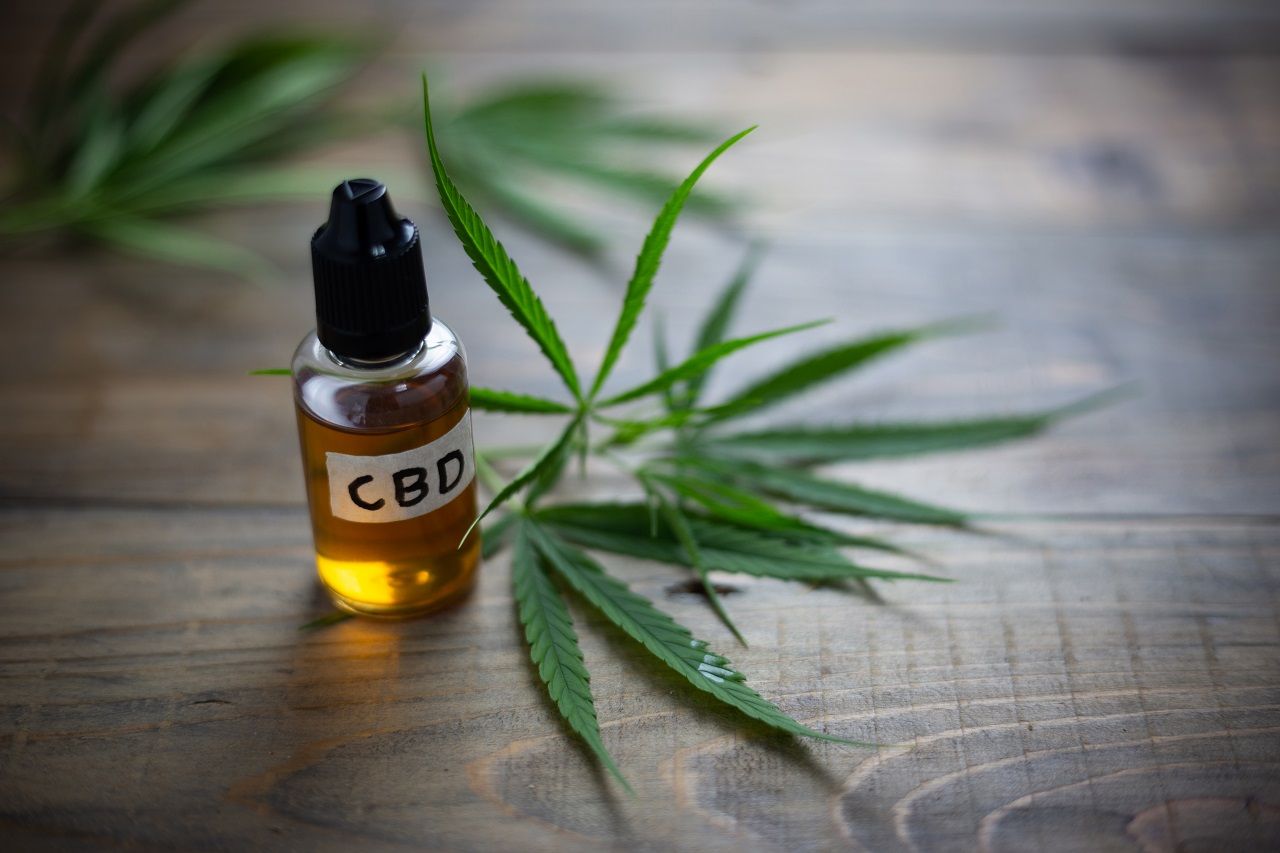 Pro: It may lessen anxiety and make you feel more calm.

“The way I describe CBD’s effect is that there is no visceral feeling like a buzz or a high or anything,” Van Inwegen said. “You just realize that you’re more patient and can better focus on solving a problem like rerouting a flight or finding an emergency ‘I gotta pee NOW’ stop for someone in the car.”

In a preliminary study, the National Center for Biotechnology Information (NCBI) found that CBD is an effective way to reduce stress. The authors of the study write that “overall, current evidence indicated CBD has considerable potential as a treatment for multiple anxiety disorders,” while also noting further studies need to be done.

Con: The rules around CBD are still murky.

Just because CBD is easy to find doesn’t mean it’s entirely legal. In September of 2018, the Drug Enforcement Agency (DEA) changed its stance to say that CBD products regulated by the Food and Drug Administration (FDA) are allowed. Everything else containing CBD is still a Schedule I drug alongside marijuana and heroin. That said, a DEA officer told Men’s Health that people are unlikely to be prosecuted for possessing or buying CBD products.

Things get even trickier when you add in the varying state laws, especially states that allow marijuana. That said, it’s not like the TSA is exactly hyper-efficient. The agency missed 70 percent of fake weapons when checkpoints were tested in 2017.

“As long as you abide by the two-ounce rule, TSA is not going to hassle you,” Van Inwegen said. “We know from personal experience, feedback from our customers who travel, and frank discussions with people who know the TSA protocols that they are not looking for CBD edibles, tinctures, or anything that is not a bag of weed. If you are super nervous, pull the labels off. As with anything, you should take ownership and bone up on the rules and regulations of the places you are visiting.” 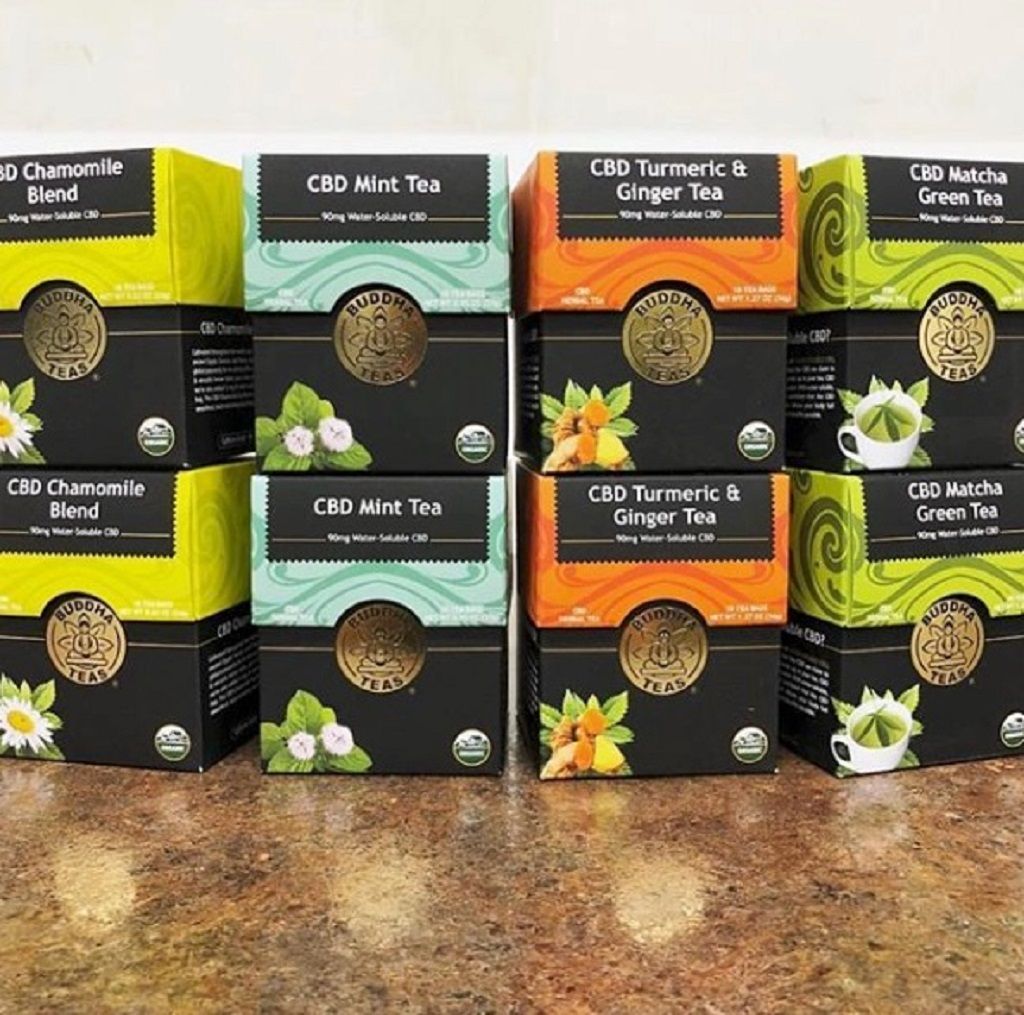 Thanks to CBD’s versatile nature, you don’t have to waltz into a meeting with your friendly TSA agent carrying a liquid tincture of CBD. You can take CBD beforehand or drink it in tea. Buddha Teas, a company that sells tea bags infused with five milligrams of water-soluble CBD, makes it easy to take a completely normal looking tea bag with you on your travels.

“I drink CBD tea about 15 minutes before boarding the plane, so whilst everyone is packing in their things before takeoff, the tea has a chance to do its thing,” John Boyd, CEO and co-founder of Buddha Teas, told Matador Network. “I feel noticeably calmer by the time the plane actually takes off.”

Con: It’s not advised to try CBD for the first time right before a flight.

Think of trying CBD for the first time like preparing for an athletic competition, Van Inwegen said. “One important rule is to never experiment on race day, and I would suggest the same strategy for trying CBD.”

Try it a couple days beforehand to get a handle on how much your body reacts and how long it takes. Even with a low dose or subtle CBD product like tea, it’s good to know what you’re going to be feeling before you’re miles high with nowhere to go but the middle seat.

WellnessPractical Tips for Getting To Sleep When You Travel (From Experienced Travelers)
Tagged
Cannabis
What did you think of this story?
Meh
Good
Awesome