Navigating jam-packed airports in the frenetic travel season that is the holidays is no small feat — especially when you add the increased chances of blizzards from all those people who were wishing for a white Christmas. Luckily, horrendous delays can be somewhat tolerable if you find yourself at the right airport. We conferred with Tom Spagnola from CheapOair.com, as well as a number of frequent travelers, and found the world’s best airports for sleeping overnight. 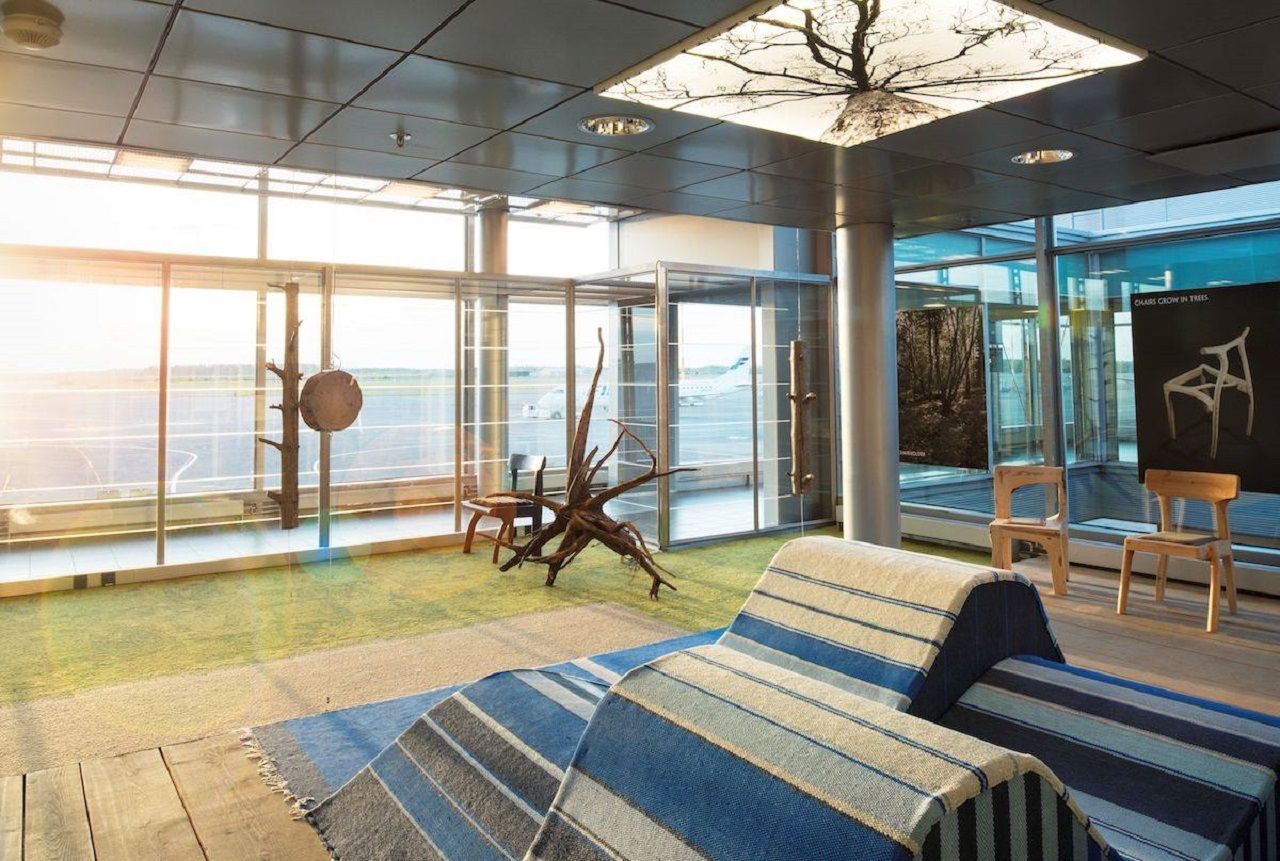 Where to sleep: The GoSleep sleeping pods inside security are the most flexible, convenient option, where you and your roller bag can crash by the hour at the Schengen Zone near Gate 11. But the free options aren’t bad either, with big, flat recliners that look a little like pool deck chairs. There’s also the Kainuu Lounge near Gate 31, a quiet zone with limited seating and a comfortable carpet.

Where to eat and drink: You’ll have to venture into Terminal 2 to find all-night dining options, though the Alepa grocery store pre-security has a surprisingly good selection of ready-made stuff for which you don’t need a boarding pass. Inside security, you’re limited to coffee shop fare at Cafe Tori and Tapio Cafe, or opt for Ulappa pre-security.

Where to do anything else: FinnAir has a couple of lounges that sell day passes if you’re flying with that airline. Otherwise you can opt for the Almost@Home and Aspire Lounges in Terminal 2, both of which have showers. 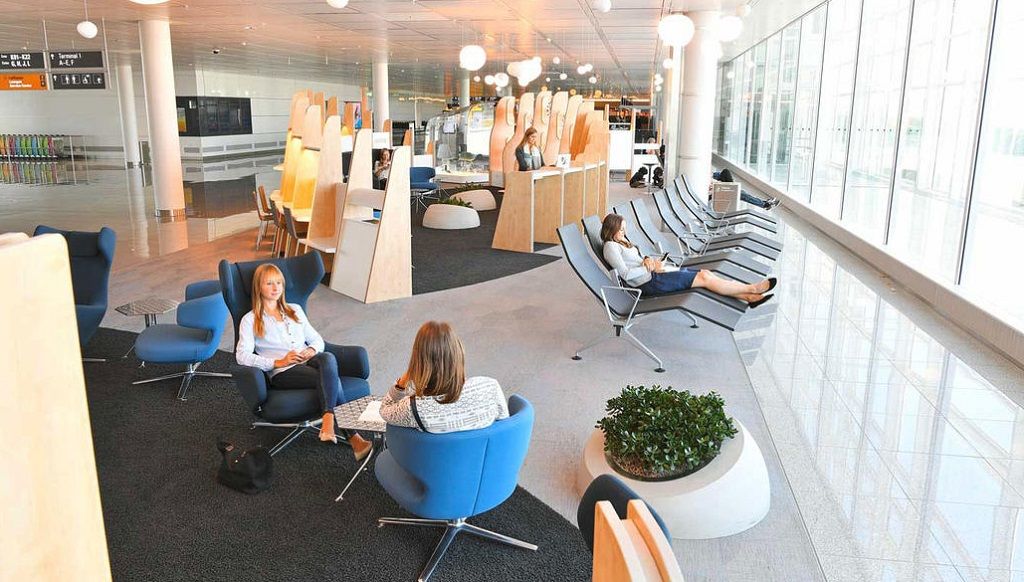 Where to sleep: If you’re willing to shell out a few bucks, the Napcabs — small sleep pods with a desk and blinds — are the way to go. If you’re on a budget, the airport offers several Rest Zones, with chairs that recline and offer footrests. Some departure gates also offer reclining chairs, and Terminal 2 has a number of seats without armrests.

Where to eat and drink: What MUC lacks in quantity of 24-hour options, it more than makes up for in quality, with Bubbles Seafood and Wine Bar leading the charge — an odd full-service restaurant you can go to at any hour. Amo is another one, a modern bistro located near Gate L.

Where to do everything else: Near Gates G and H in Terminal 2 you’ll find public showers, though they carry the hefty price of 15 euros. So it really depends how bad you want to feel clean. Lufthansa has a couple of nice lounges in Terminal 2, and the Europa and Airport Lounge World lounges in Terminal 1 both sell day passes, the latter offering showers. You can also hit the gym at the Hilton Fit & Fly spa, though it’ll involve leaving the terminal. 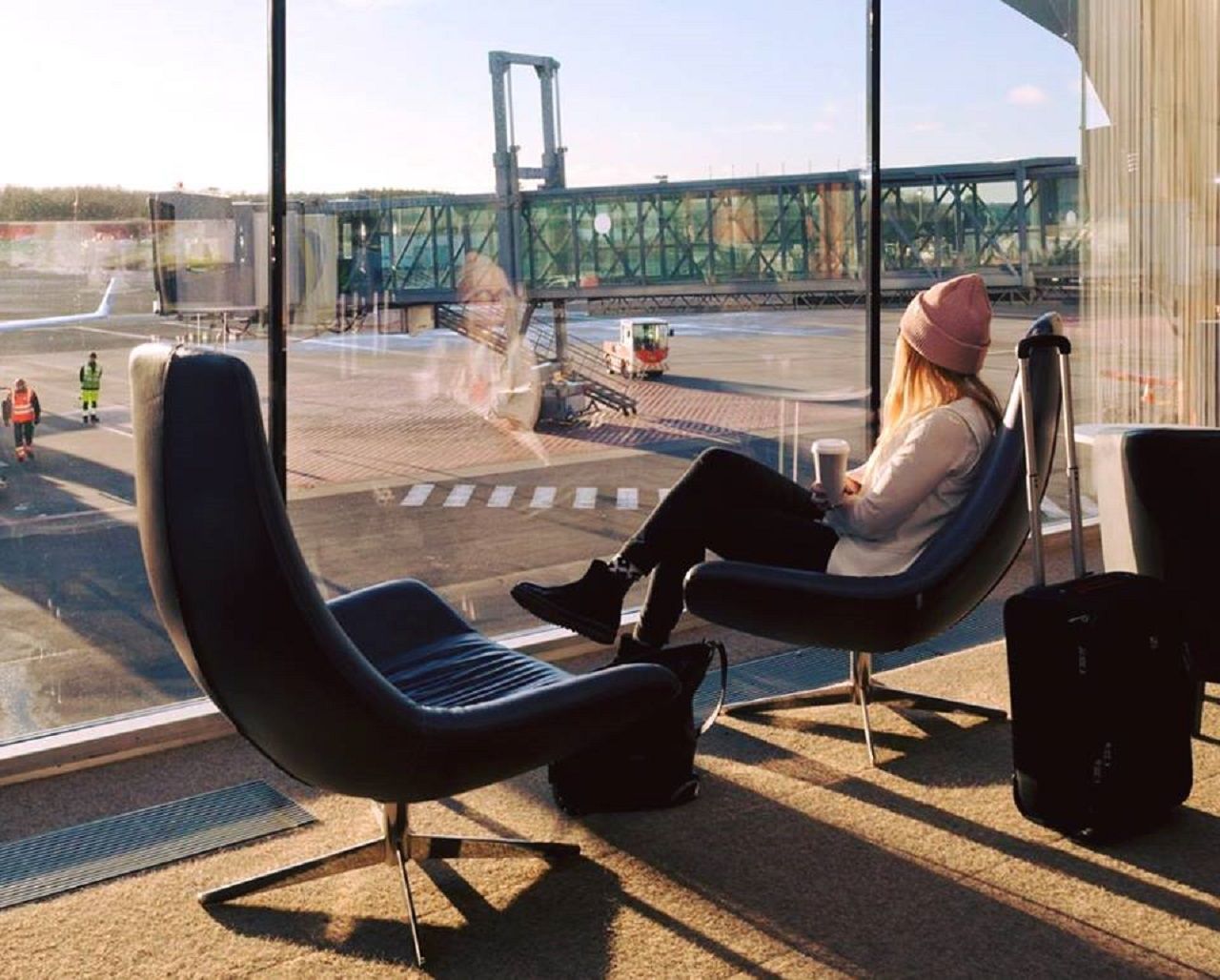 Where to sleep: The departure lounges in TLL are kind of like little college dorm common areas, with different themes, beanbag chairs, cushioned seats, and armchairs. Tallinn also offers free sleep pods, and though there aren’t many of them, it’s the best place to kill time if you can snag one.

Where to eat and drink: During late night hours, you won’t find much other than vending machines and whatever’s left in your backpack.

Where to do everything else: Tallinn, though comfortable, is a small airport. Thus, it only has one lounge, though said lounge sells day passes and has showers. You’ll also find a small gym near Gate 6, and a self-service library, so you can improve your mind and body during your night here. 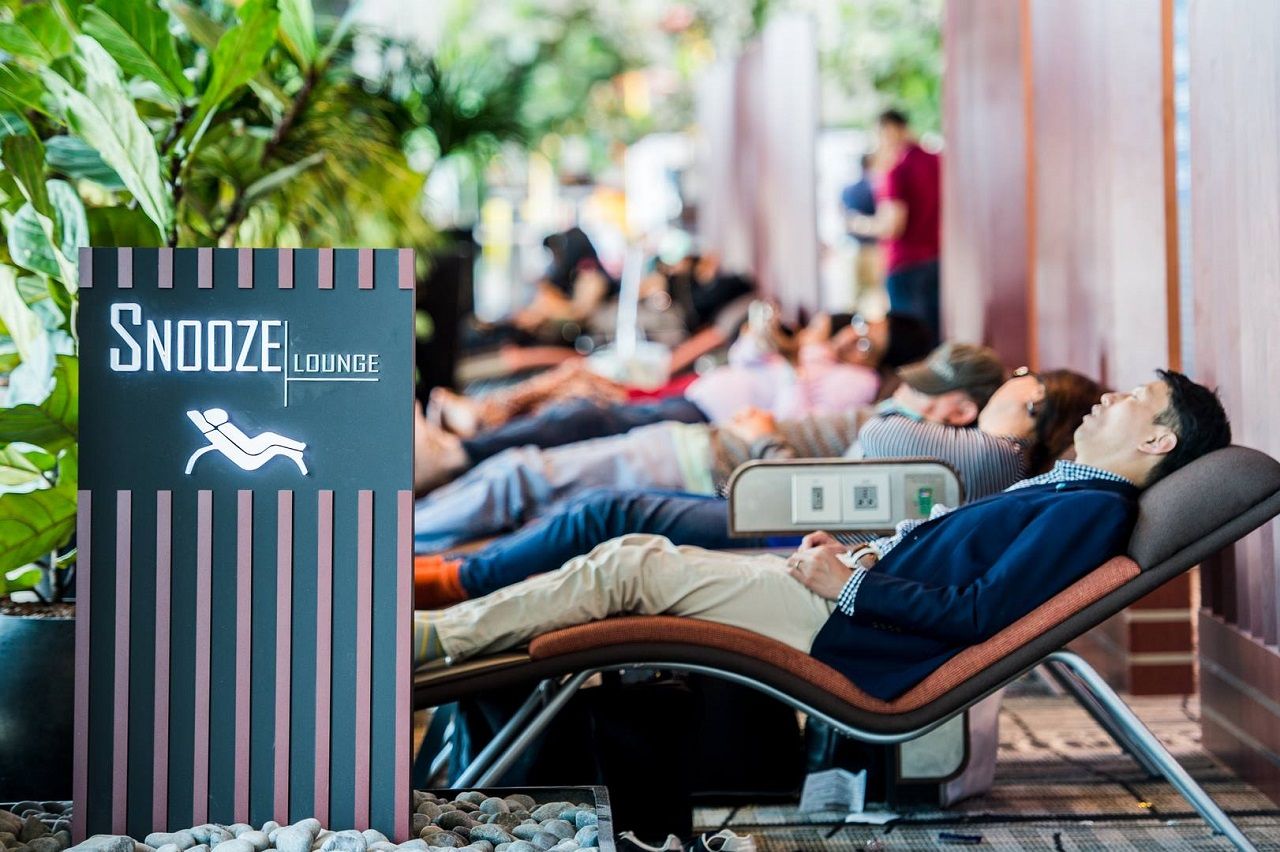 Where to sleep: This airport is often rated among the world’s best, partly because of its general sleeping comfort. Each terminal offers a designated Snooze Lounges with big, reclining chairs. Even the carpeted floor isn’t bad for a night, though be aware the conditions post-security are much better than pre-security’s hard floors and infrequent seating.

Where to eat and drink: Much like Singapore itself, you’ll find a mind-boggling abundance of great food at SIN. The best options are at Strait’s Food Village on Level 3 in Terminal 2, and Singapore Street Food in the Transit Lounge Central. But you’ll also find stuff like Texas Chicken (Terminal 4), Pho Street (Terminal 2), and plenty of 7-Elevens.

Where to do anything else: If time allows, the airport offers free tours of the city, both the daytime Heritage Tour which rolls through all the cultural districts, and the nighttime City Sights Tour, each lasting about two and a half hours. If you don’t want to leave, you can visit the butterfly garden in Terminal 3 or hit the movie theaters in Terminal 1 or 2 — both are free. You won’t find any free showers, but if you’re willing to pay for that shower-fresh feeling, you can hit the Airport Wellness Oasis in Terminal 1, TranSpa in Terminal 2, or Be Relax Spa in Terminal 3. 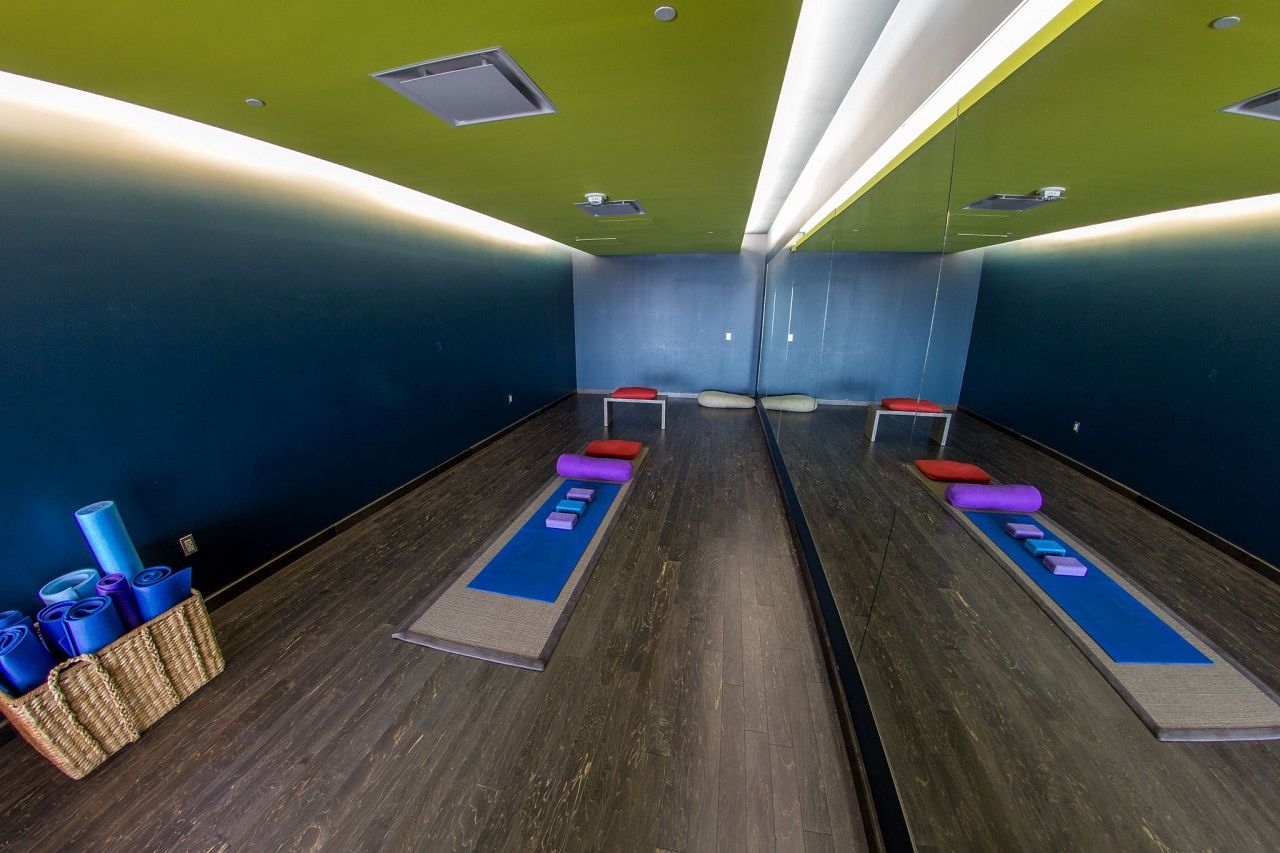 Where to sleep: Nap Rooms, if you can grab one, will be the best place to sleep. You can rent by the hour or overnight, with an extra charge for showers. Lacking that, try the Berman Reflection Room in the International Terminal, which, while designed for meditation, is best used for sleep. Just be sure you’re out by 11:00 PM. There’s also the famous SFO yoga room, where you can pretend to be in corpse pose for hours at a time, located in Terminal 2.

Where to eat and drink: This airport is lauded for its array of dining options, but after hours you’ll find only a couple of coffee shops open late: Green Beans in Terminal 1, and Roasting Plant in the International Terminal. Though Anchor Brewing Company stays open until 10:00 PM, Buena Vista Café stays open a little later.

Where to do everything else: SFO is chock-full of lounges, though only the Air France — KLM lounge will let you buy a pass. You can also take a shower at Freshen Up, where $25 gets you half an hour in the deluxe shower, which is open 24 hours. There are also two aquariums to visit, as well as the aforementioned 24-hour yoga room. 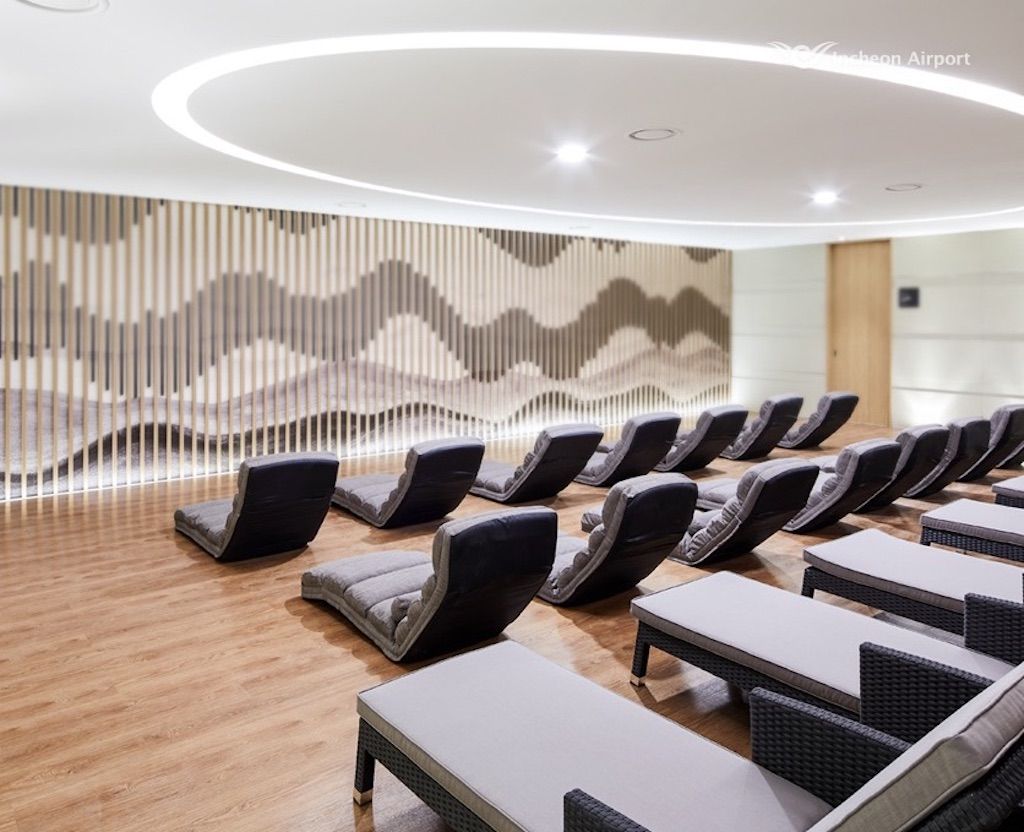 Where to sleep: Much like the kindergarten classrooms of yesteryear, ICN offers designated Nap Zones where you can nod off on a padded bench or bed, though they don’t guarantee apple juice and Fig Newtons when you wake up. The airport also has Relaxation Zones, with big reclining chairs. If you’d like a modicum of privacy, you can also opt for the Darakhyu capsule hotel, or for even more privacy, try one of the transit hotels in Terminal 1 or 2.

Where to eat and drink: You’ll find Dunkin Donuts in both terminals, as well as Starbucks for a morning pick-me-up. If you want something more local, go for Bibigo — Season’s Table or Gongcha (Terminal 1, pre-security), or Sanuki Bore post-security. It’s slim pickings in Terminal 2, so fill up on Starbucks sandwiches.

Where to do anything else: You can shower for free in both terminals on the fourth floor, generally open between 7:00 AM and 10:00 PM in Terminal 1, and 6:00 AM and 9:00 PM in Terminal 2. Near Gate 231 in Terminal 2, you can find a digital gym, a driving range, and 18-hole putting green at the Sky72 Golf Club in the International Business Area. The airport also has eight lounges, three of which offer day passes to the general public. 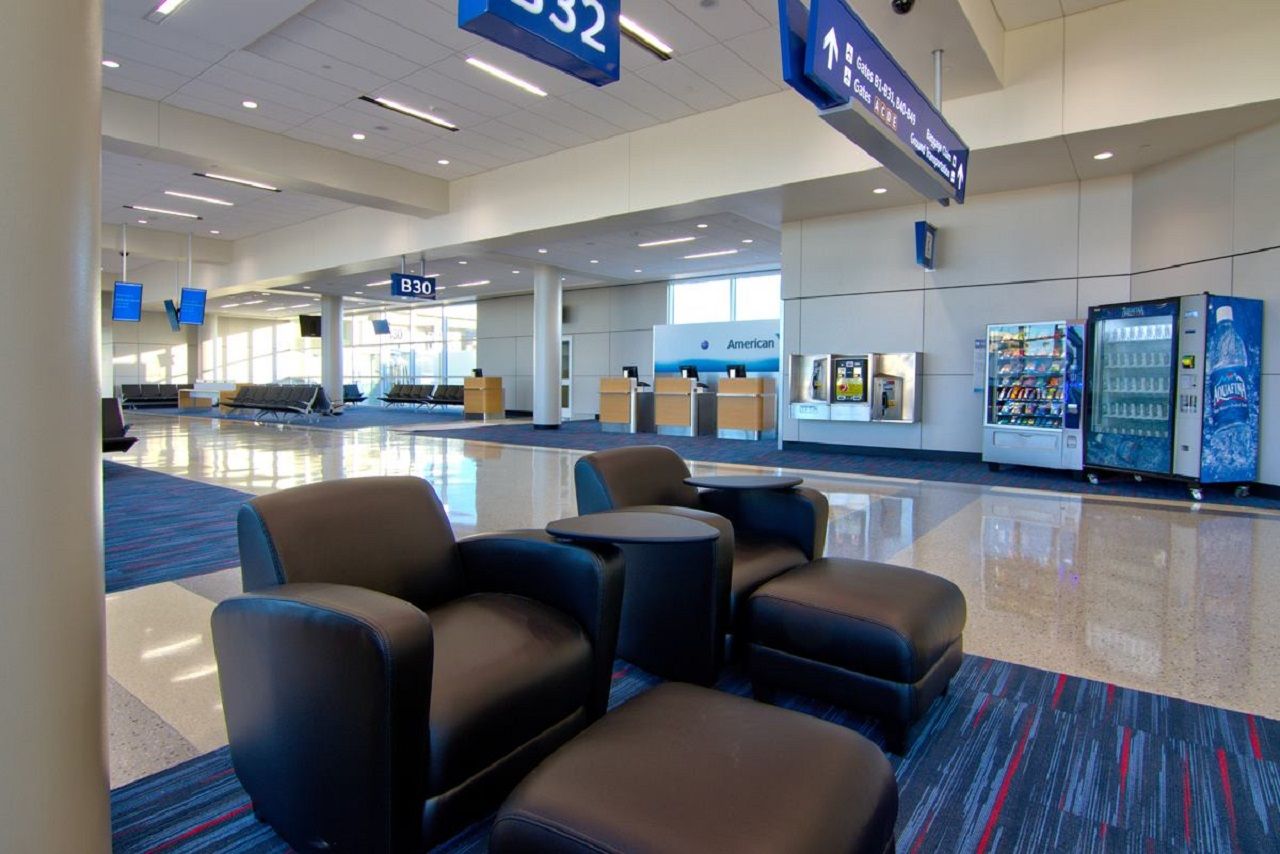 Where to sleep: The Minute Suites in Terminals A and D are the most obvious, if not exclusive option with a sofas, Wi-Fi, and TVs, as well as shared showers. If paying isn’t so much your thing, DFW has no shortage of big leather chairs and a smattering of rest zones with large recliners. You can find those at gates B28, C8, C26 and E8.

Where to eat and drink: Hit up Kevin Rathbun’s Whitetail Bistro. Or just find the nearest TGI Friday’s in your terminal.

Where to do everything else: Aside from the Minute Suites, the only place to shower at DFW is The Club at DFW. It’s one of the best public lounges in America, where $40 gets you a hot shower, food, and drinks. Which begs the question why you’d ever go to Friday’s if they don’t even give you a shower. There’s also a three-mile walking trail in Terminal D, if you want some exercise.