You go to Los Angeles for the blue skies and palm trees, for the inventive California cuisine and iconic attractions — all legit reasons to visit La La Land. But come on, you know you want to see a celeb. Admit it. Sure, an Instagram post of the Walk of Fame will get you a few likes, but coming home with an actual celeb story — “I totally ate tortellini next to Leonardo DiCaprio” — gives you lifetime bragging rights. Tinseltown is always fertile ground for celeb-spotting, but around the Academy Awards, the star wattage turns up a notch. Hit up these hot spots — some old school, some new school, some too cool for school — for a chance to boast big time. 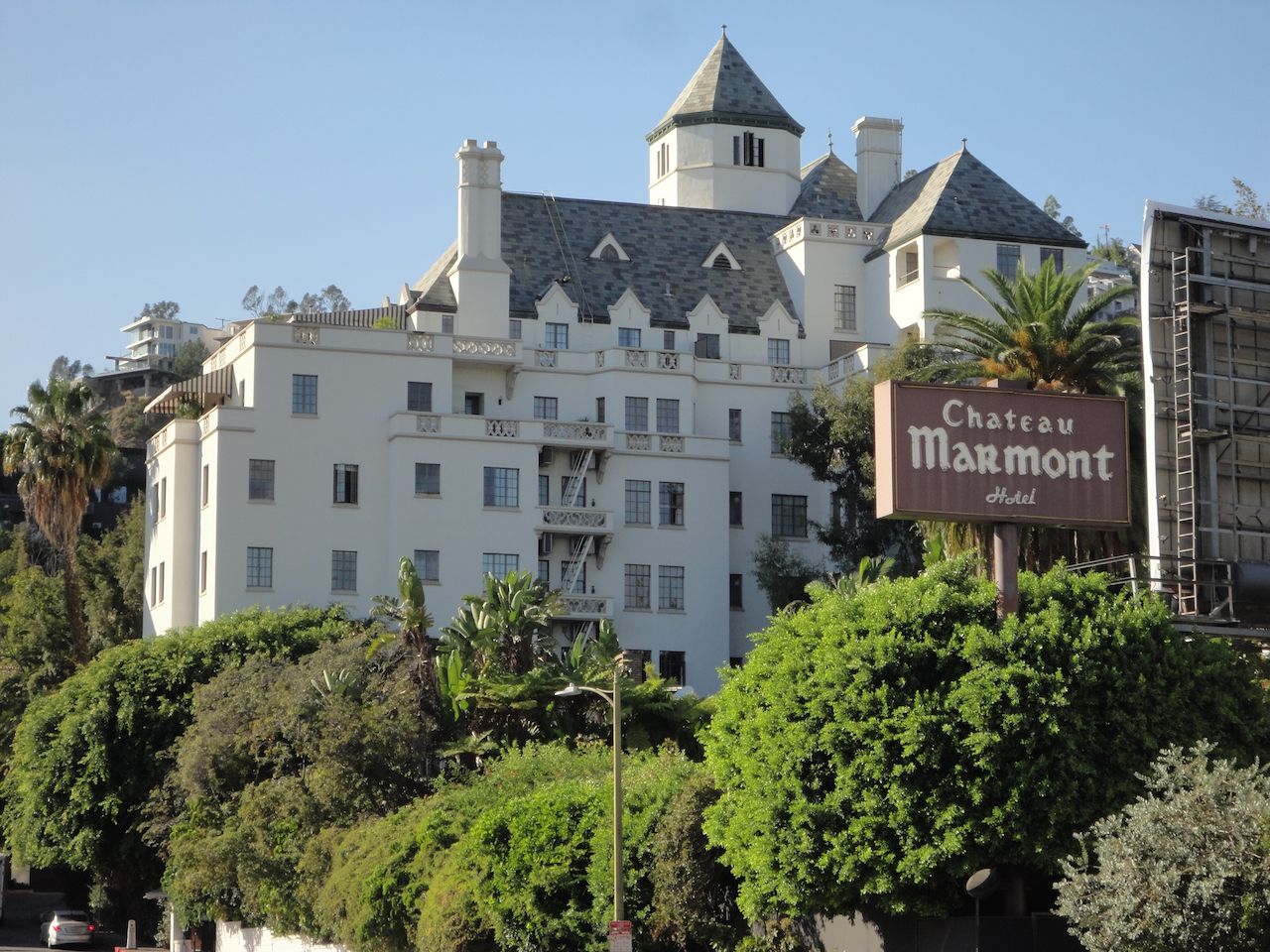 Hotels aren’t just a place for celebs to sleep. They’re a primo spot for agent meetings, VIP parties, and even photoshoots. For high-wattage celeb-spotting, time-honored haunts like Hotel Bel-Air, The Beverly Hills Hotel, Chateau Marmont, and the Beverly Wilshire are almost as famous as their legendary guests (think Meryl Streep, Nicole Kidman, and Cate Blanchett).

To spot the rising stars of Hollywood like Adam Driver, Awkwafina, and Saoirse Ronan, go with a rising star hotel. These newer-on-the-landscape lodgings offer the same elevated thread count and service, but with a side of edge. These include downtown gems like Ace Hotel Downtown Los Angeles, The NoMad Hotel, and Soho Warehouse, an ultra-exclusive, 48-room private club with a rooftop bar and pool where you have to be a member, or at least know one, to book a stay.

There’s also the W Los Angeles West Beverly Hills, a pet-friendly gem in Westwood Village that’s as tucked away as it is trendy. Book the “Extreme Wow Suite” and watch the Oscars in your own private screening room. Keep your eyes peeled in the lobby, elevator, and hotel bar. You never know who’s going to walk by.

2. Grab a latte with Jennifer Lopez. 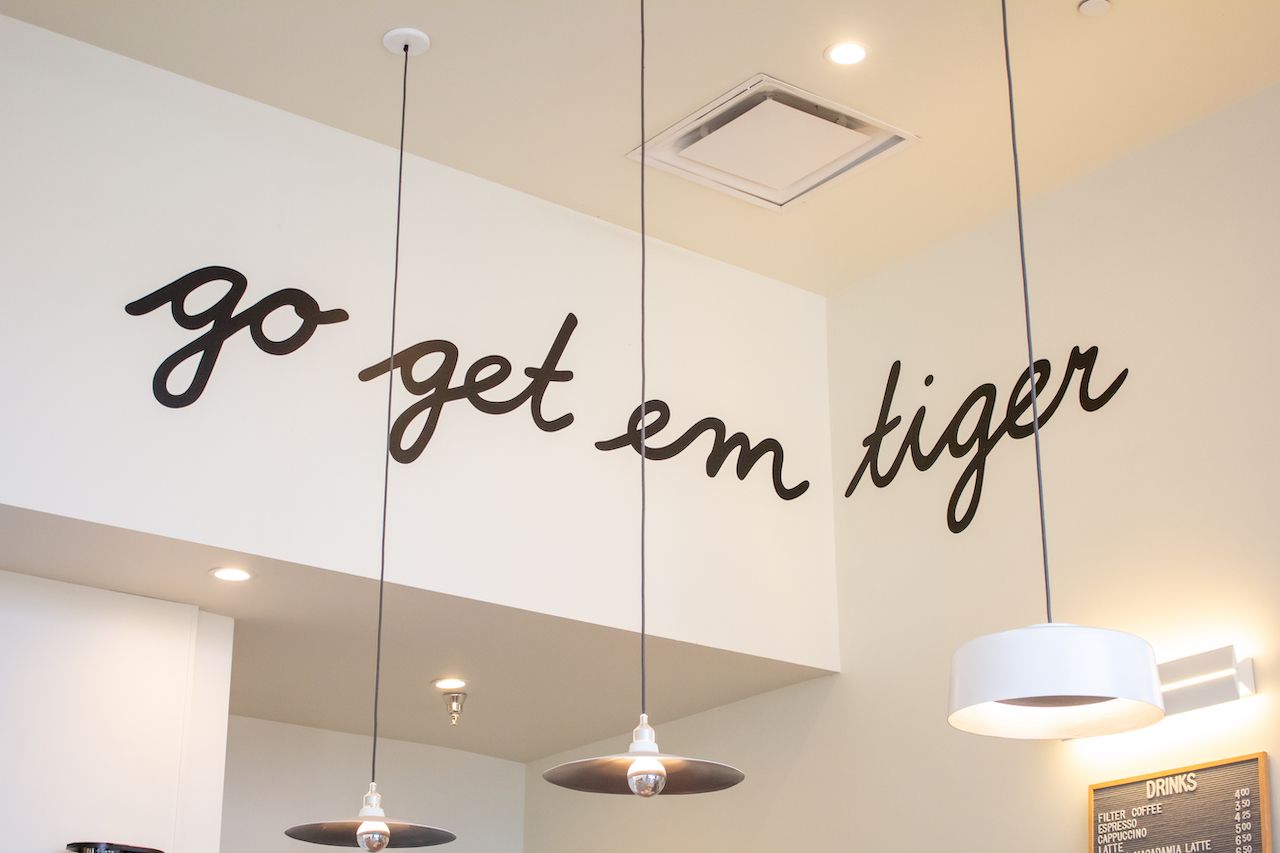 Celebrities LOVE their coffee so much so that the right coffee cup is practically a fashion accessory. When Silver Lake celebs like Jenny Slate and Elle Fanning need to caffeinate, they head to Intelligentsia Silver Lake, a go-to neighborhood spot for perfect pour-overs and iced matcha oat milk lattes. Order up a cortado at Alfred Coffee on Melrose, an Instagram-worthy mini-chain known for its cute cups and catchy sayings (“but first, coffee”) and you just might spot Jennifer Lopez, Nick Jonas, or Justin Bieber, all of whom have been spotted here.

If an almond macadamia latte and bar-style service is more your speed, Go Get Em Tiger on Larchmont is your place. At GGET, for short, the likes of Dakota Johnson, Jared Leto, Kiernan Shipka, Molly Shannon have all been spotted at this minimalist nook. Double your chances on Sunday when the Larchmont Village Farmers’ Market is happening right across the street. 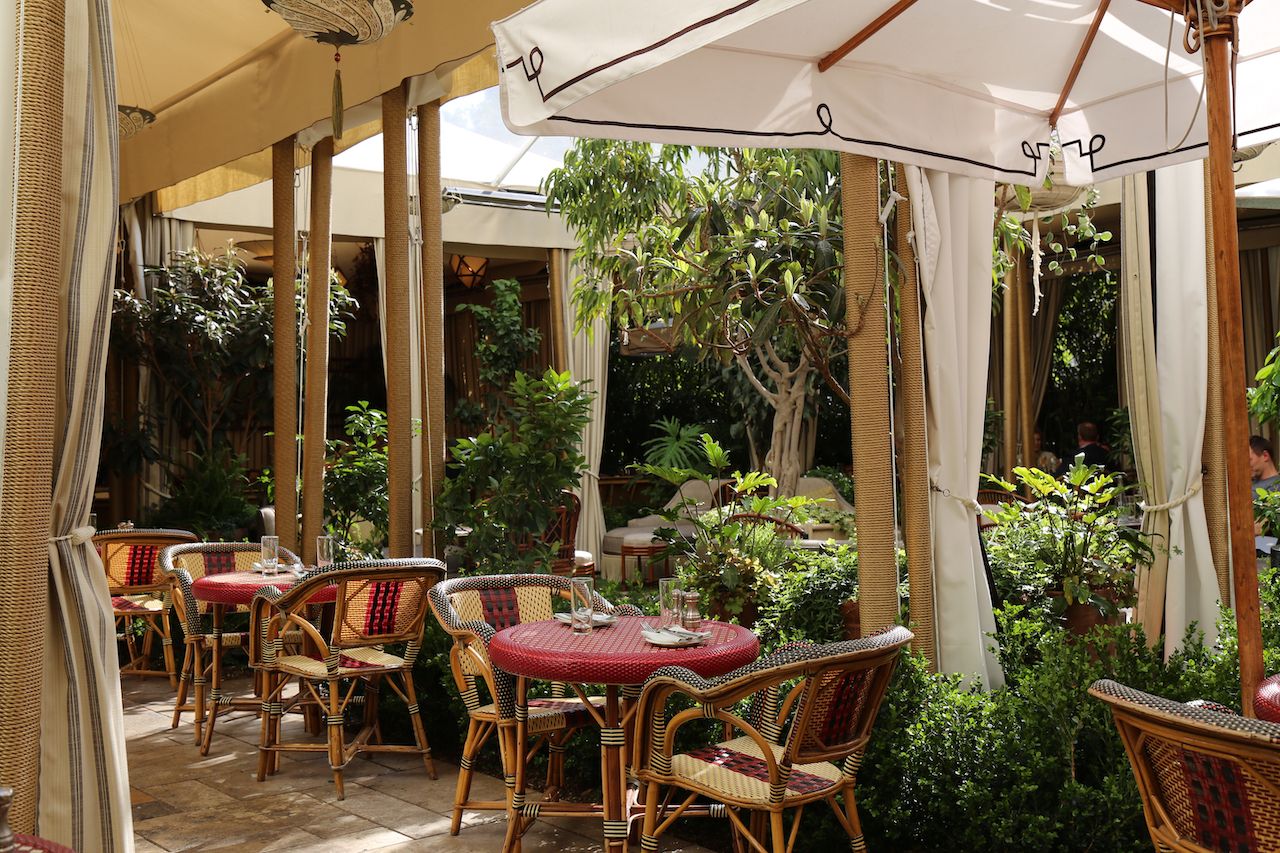 Forget breakfast. Brunch is where the celebs go, and no other patio is as rife with A-listers as The Restaurant at Chateau Marmont. There’s a good chance you’ll spot an Olsen twin, Rami Malek, or Lady Gaga while you sip mimosas — just don’t take their photo or you’ll be politely asked to leave. You can also get the ricotta-topped brioche toast with a side of celeb at Sqirl, a hipster cafe in Virgil Village that beckons Padma Lakshmi, Dave Franco, and Busy Philipps (yes, the celebs wait in line just like everyone else). Or there’s Farmshop, a brunch beacon and gourmet market inside the Brentwood Country Mart where Gwyneth, Reese, and Ashton Kutcher are regulars.

4. Or do power lunch with Kerry Washington. 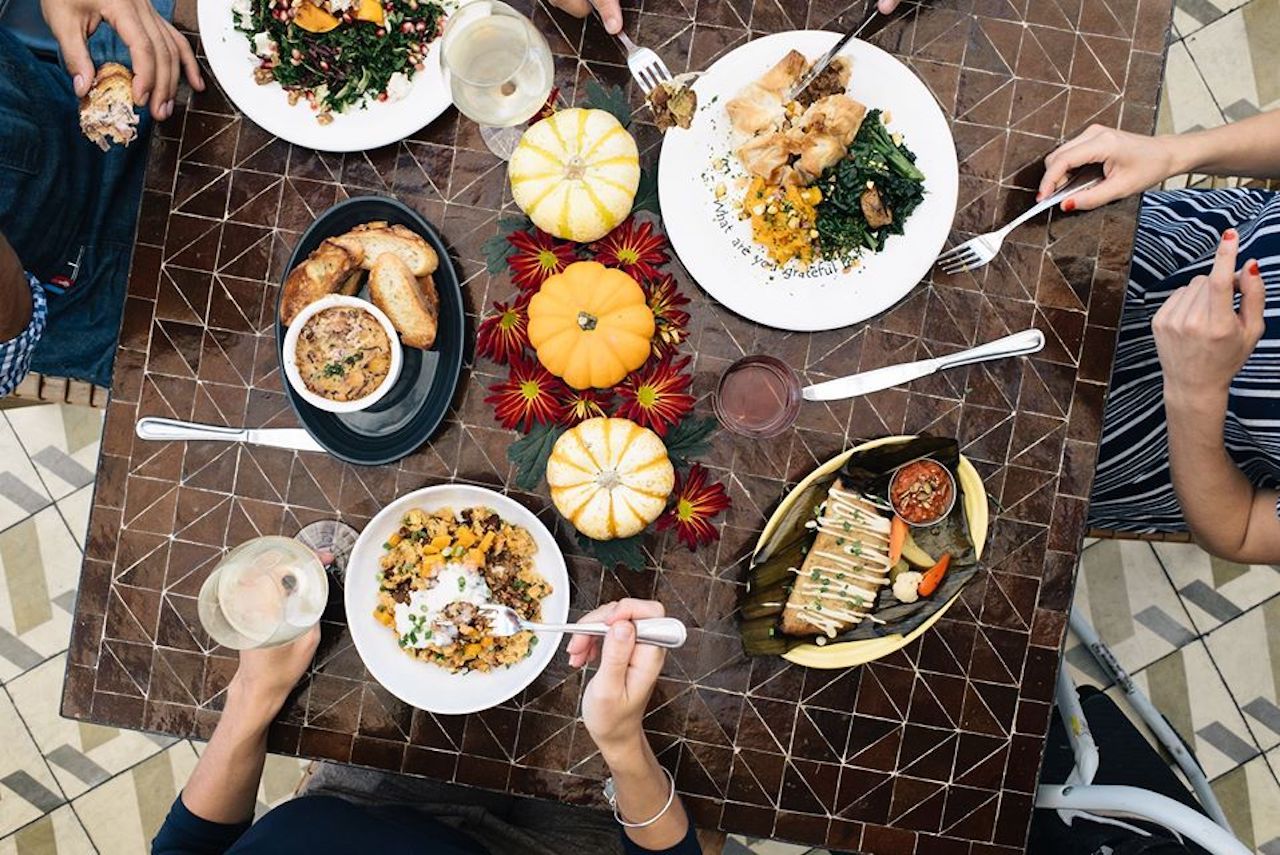 Some celebs want to stay hidden; others want to be seen. The Ivy on Robertson Blvd. is for the latter. Paparazzi camp out front of the see-and-been-seen patio for a shot of a less-popular Kardashian, NeNe Leakes, or one of the other Housewives. Just know the food is as D-list as the stars. Less desperate celebs lean towards health-conscious cafes like Gracias Madre West Hollywood, an all-vegan Mexican restaurant that serves coconut ceviche, mushroom fajitas, and a chance to see veg-loving celebs like Ellen DeGeneres and Natalie Portman. Another plant-based fave is Café Gratitude Larchmont where the likes of Beyoncé, Kerry Washington, and Anne Hathaway lunch on Buffalo cauliflower wings and eggplant parmesan focaccia. 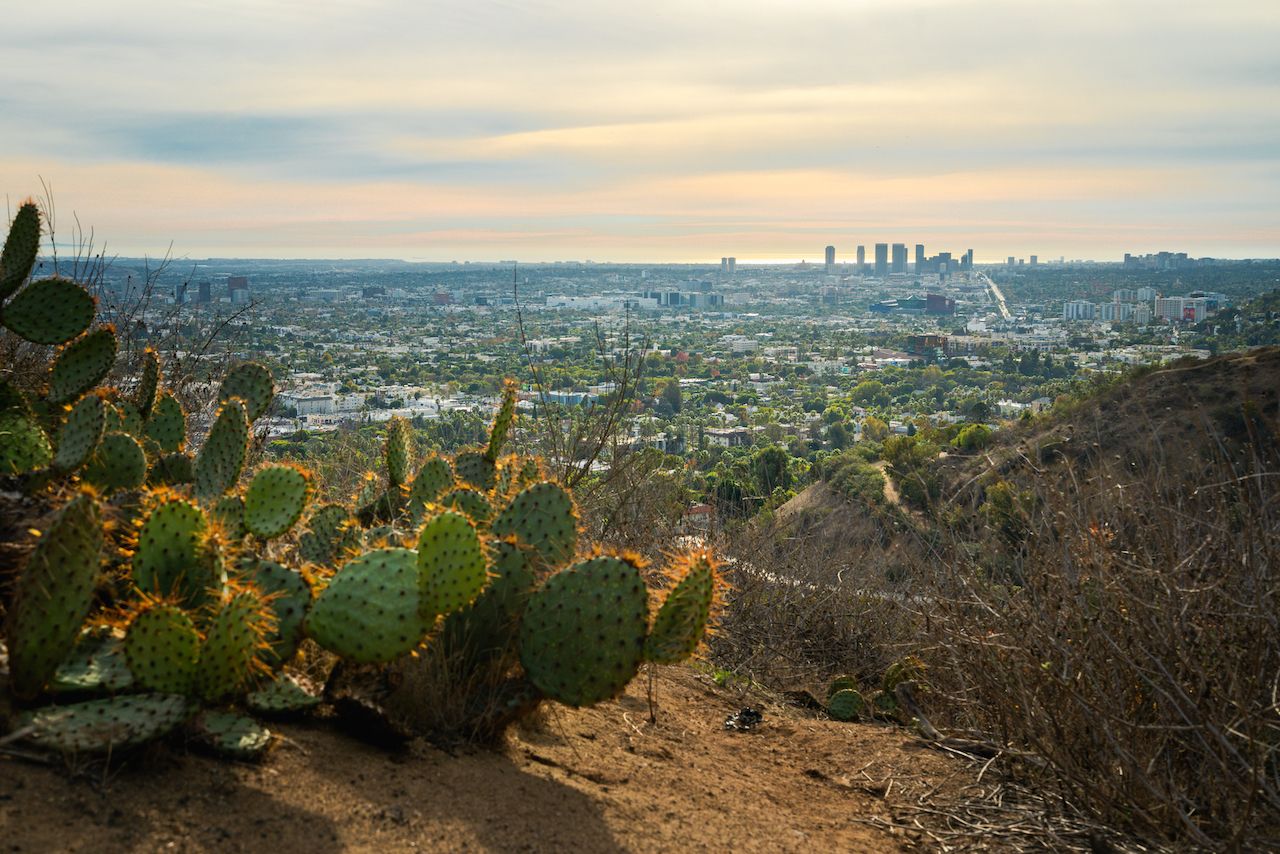 Runyon Canyon is the Holy Grail hiking trail for celebrity spotting. Tucked between the Hollywood Hills and the Sunset Strip, not only does it offer sweeping views of the city — hey, look, the Hollywood sign — but you might also pass a shirtless Jake Gyllenhaal or Charlize Theron walking her dogs. If indoor sweating with the stars is more your thing, LA has plenty of classes to choose from. Barry’s Bootcamp West Hollywood started the whole boutique fitness craze and continues to be a draw for celebs like Jessica Biel and Katie Holmes. Just be ready for the $30 drop-in rate.

For more of a dance cardio workout, celebs like Jennifer Garner and Khloe Kardashian swear by Body by Simone Brentwood ($28 drop-in). Pop into the Lululemon next door for a double sighting. The newest, coolest Tinseltown workout is Rise Nation West Hollywood, a 30-minute VersaClimber workout created by trainer Jason Walsh ($26 drop-in) that could have you climbing next to Jennifer Aniston, Mandy Moore, or Emma Stone. 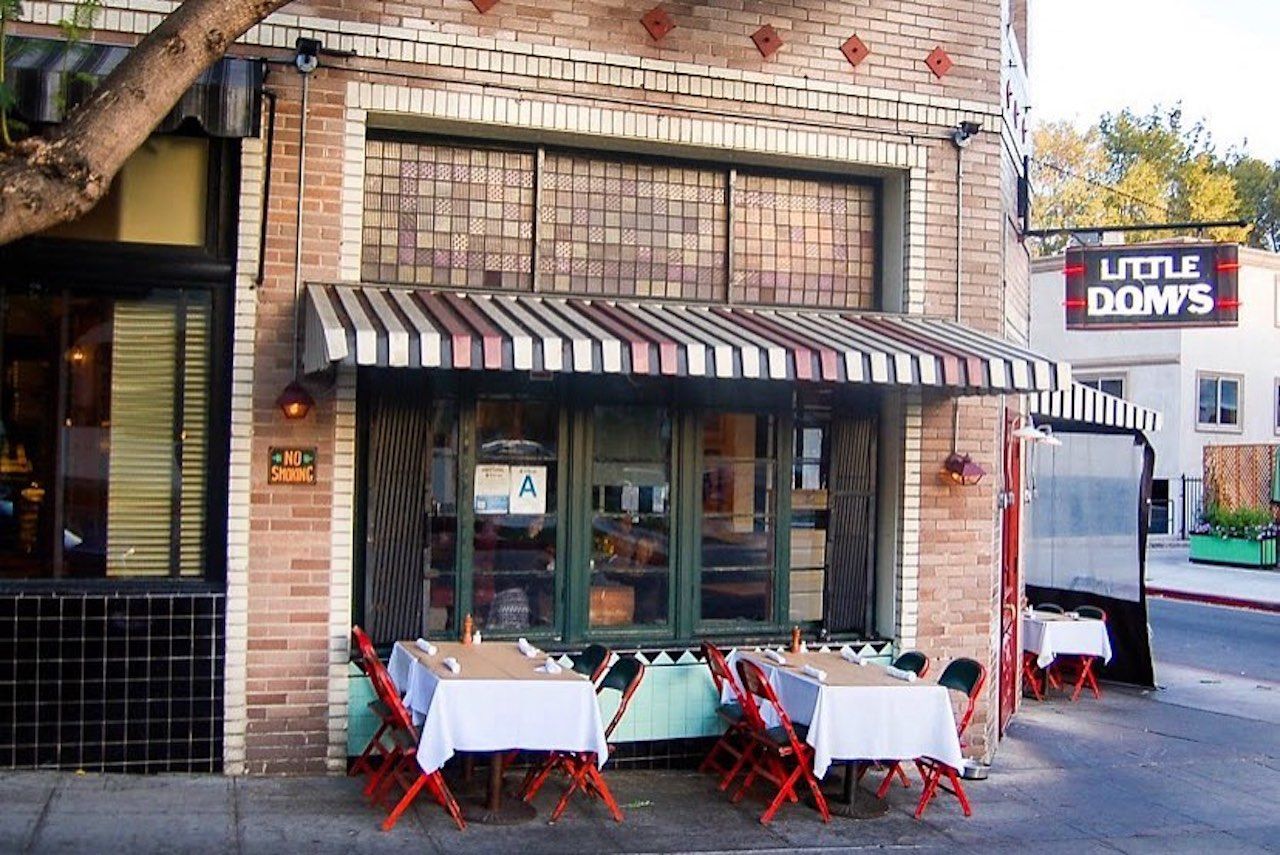 Los Angeles is a total foodie capital with new-wave hotspots opening on the reg, but when it comes to dinner, celebs are all about old-school cool. Casa Vega in Sherman Oaks has been serving up Mexican food standbys and made-to-order margaritas by tuxedoed bartenders since 1956. Order The Tarantino, and don’t be surprised if you see the man himself (or Brad Pitt, Matt Damon, or Mila Kunis). For old-fashioned Italian, John Hamm and Ryan Gosling have been known to frequent Little Dom’s in Los Feliz.

Or, grab a red leather booth at Dan Tana’s in West Hollywood, preferably in the front room near the bar, for pasta — potentially alongside Cameron Diaz or George Clooney. For more of a modern vibe, David Chang’s new Korean Fusion restaurant, Majordomo, is housed in a warehouse space in Chinatown. Your best celeb bets are Jon Favreau, Seth Rogan, or Nick Kroll while your best menu bets are the bing and Korean short ribs. Gjelina, on Abbot Kinney, dishes up oysters, chic charcuterie boards, artisanal pizzas, and the chance to see Prince Harry, Julia Roberts, or Taylor Swift. Save room for the butterscotch pot de crème. So good. 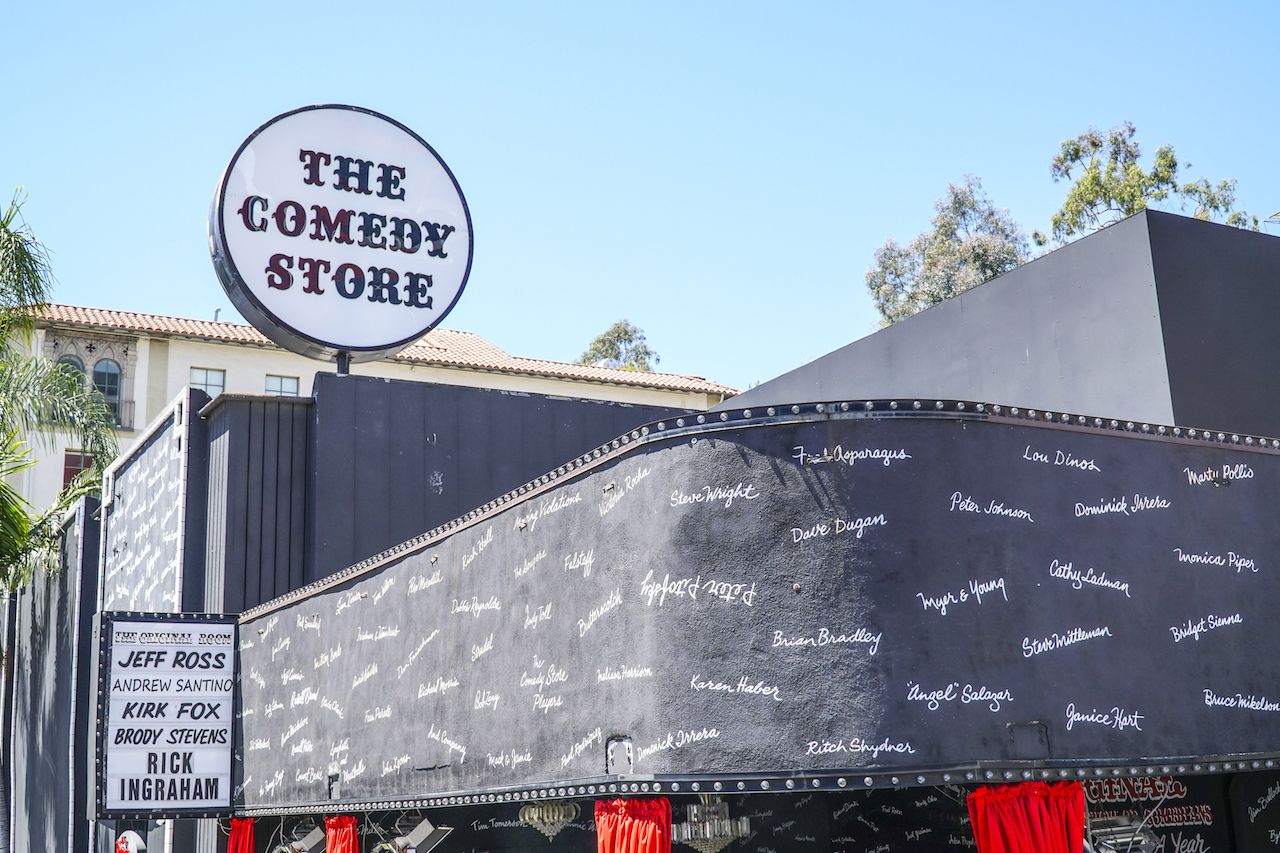 For a near-guaranteed sighting, your best bet is an LA comedy show. The Comedy Store on Sunset has been making comedy careers since 1972 (think Whoopi Goldberg, Chris Rock, and Jim Carrey), and the place continues to draw the biggest names in the biz (think Iliza Shlesinger, Nate Bargatze, and Patton Oswalt). You never know who’s going to drop in for a surprise set, which was Bill Burr on a recent evening.

For an even wilder ride, there’s the Upright Citizens Brigade, an improv group where Kate McKinnon, Ed Helms, and Ellie Kemper got their starts. Go to the Saturday ASSSSCAT show at the Franklin location ($14) to see performers like Matt Walsh (Veep), Lauren Lapkus (Orange is the New Black, Crashing), and Zach Woods (Silicon Valley). Even more famous celebs frequently show up in the audience, such as Amy Pohler. 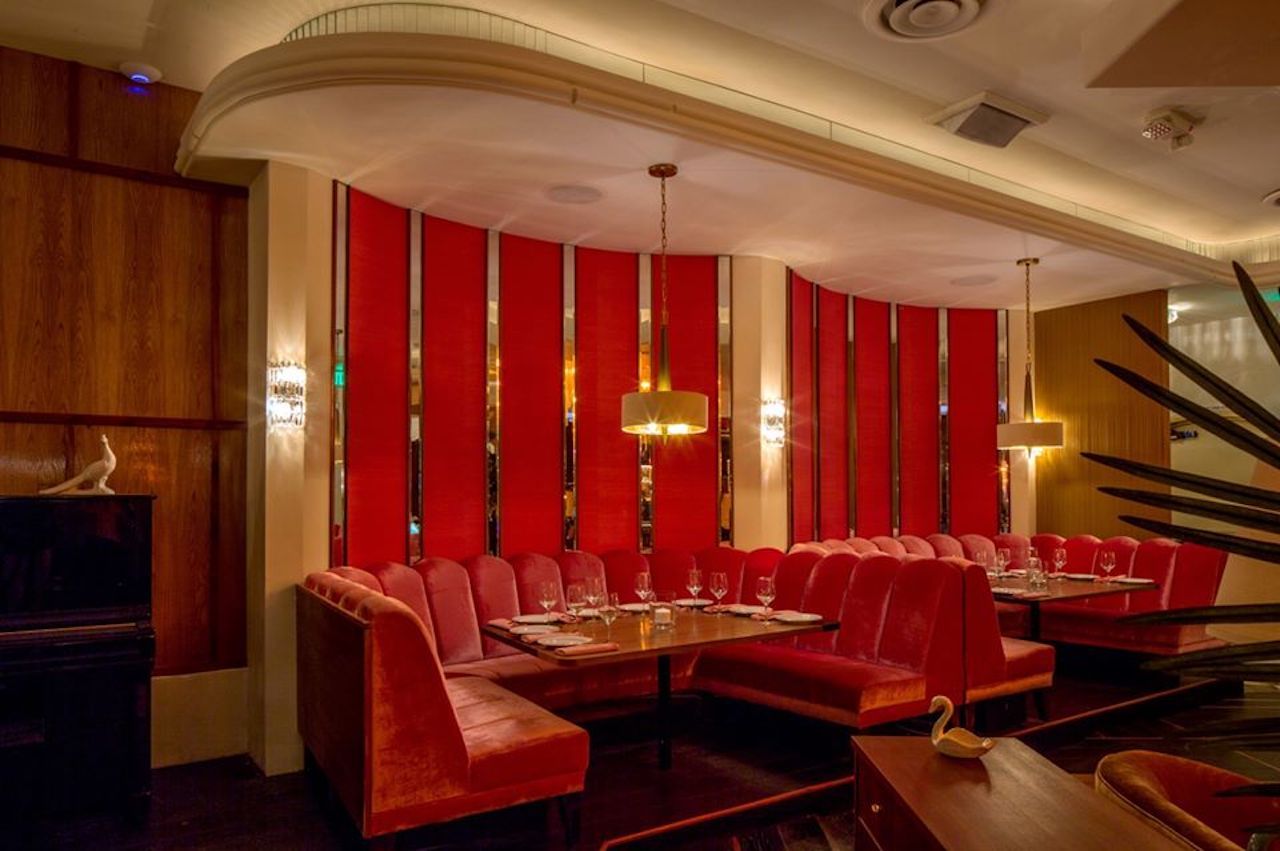 LA practically invented “the scene,” and whether you’re looking for live music or VIP booths, there’s a celeb bar for that. For timeless glamor and epic views of the city, The Tower Bar at Sunset Tower Hotel is bar none. This is the place to sip whiskey neat while listening to live jazz alongside, say, Orlando Bloom and Katy Perry. Speaking of jazz, Jeff Goldblum tickles the ivories most Wednesday nights at Rockwell Table & Stage in Los Feliz. It’s kind of a cheat, but the Fly guy (get it!) mingles with the crowd and even takes pics afterward.

For a new spin on a Sinatra-inspired nightclub, there’s The Nice Guy on La Cienega, a lavish lounge with deep booths and dim lighting where you just might glimpse Rihanna, Miley Cyrus, or Chrissy Teigen. The same owners operate Delilah, a modern-day supper club where Drake and Kendall Jenner have hosted birthday bashes. Just don’t snap a selfie — both spots have a strict no-photo policy.