Don’t get us wrong: We’re all about Seoul and its gangnam style. But, and this is a big but, you don’t need to go all the way to South Korea to get a taste of Korea. Koreatown in Los Angeles — or K-Town for those in the know — more than lives up to its name. Not only does it have the largest Korean community outside the motherland, but it also boasts such a concentration of Korean restaurants, markets, mini-malls, spas, and bars, all crammed into three square miles, that it feels like an extension of Seoul itself without the long-ass flight to get there. Granted, not everything in Koreatown has Seoul’s soul. Cassell’s Hamburgers is as American as apple pie — and serves it to boot. But eating, drinking, and shopping around K-Town is still the closest thing you can get to Korea without actually going there. 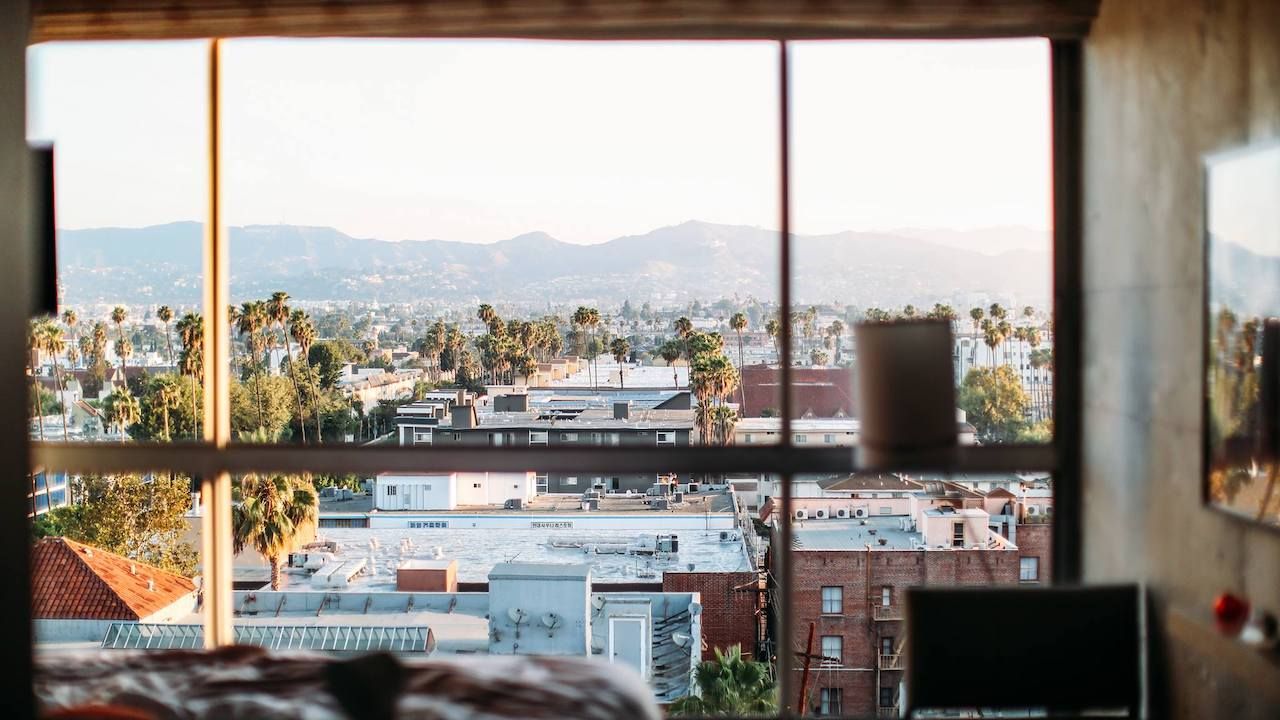 This one may seem obvious, but it’s essential. To get the full K-Town experience, ideally arrive at your hotel, park your car, and don’t use it again until you depart. Koreatown is a rarity in LA in that it’s a totally walkable hood, and strolling let’s you take in the sights, smells, and Seoul-ish street style — think neon hair, Kangol hats, and fanny packs. For the ultimate people watching, the concrete chic LINE LA has a similar arty vibe to the trendy RYSE Hotel in Seoul. Or opt for the stylishly renovated Hotel Normandie, a Renaissance revival that blends historic and hipster. Either puts you right in the action.

Get your Korean coffee fix 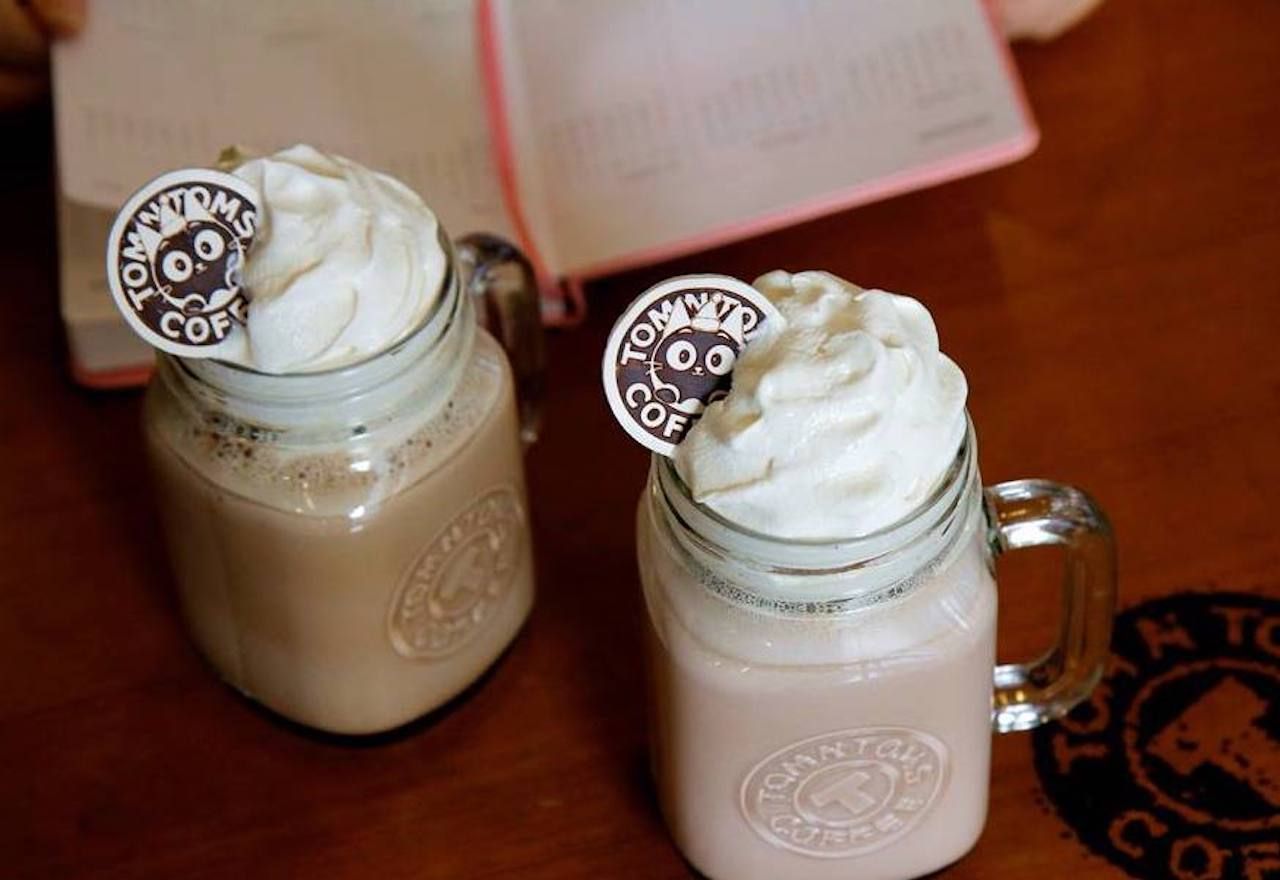 Forget tea. Those who’ve been there know that Korea is all about the coffee. In fact, Seoul alone boasts 17,000 coffee shops, which is more per capita than Seattle or San Francisco. While you won’t find Seoul’s crazy pet cafes here in LA, K-Town is abuzz with other kinds of creative, interesting, and eye-catching coffee shops. For a sip straight from Seoul, hit the South Korean chain Tom N Toms Coffee, of which there are four locations in the neighborhood, for sweet potato lattes and black sesame smoothies. For posh pour overs, lavender lattes, and strawberry milk in a minimalist, plant-filled space, there’s Sharp Specialty Coffee on Sixth Street. Or order up a nitro cold brew at Alfred Coffee’s outpost at the LINE LA and drink in the scene, literally. 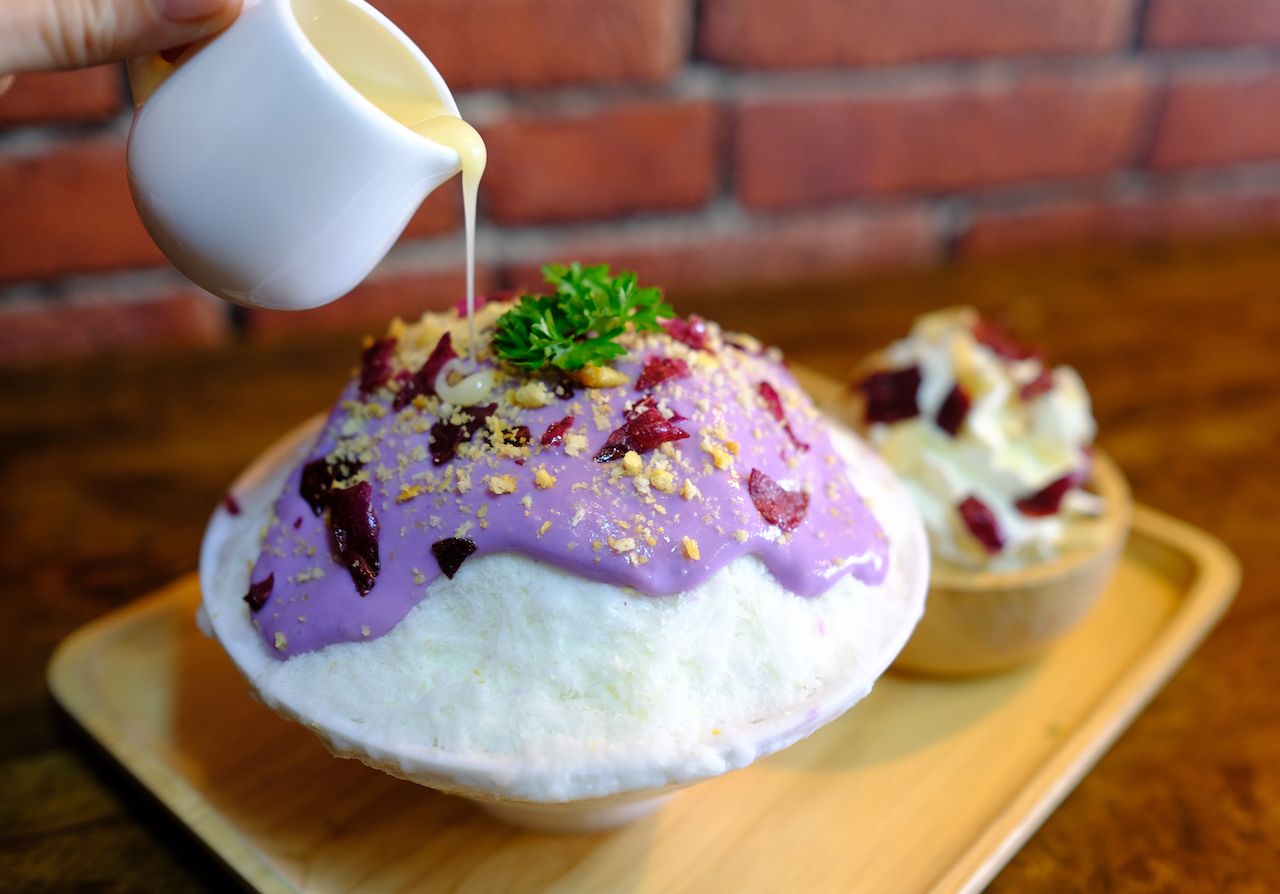 Bingsu or bingsoo (as in shaved ice) is a must-do Korean dessert, and the best place to get it in K-Town is Sul & Beans on Western Avenue. Packed with couples and friends armed with spoons, the stylish desert café serves up shaved ice masterpieces, beautifully photogenic bowls topped with traditional condensed milk, red beans, mango, and sweet rice cake, as well as modern twists like Oreo and chocolate. Or go next door to SomiSomi for a spin on a trendy Korean street snack called bungeoppang. Carp-shaped waffle cones are filled with red bean paste, custard or Nutella, then topped with a swirl of soft serve and sprinkles. It’s rare that you’ll eat something that is both so cute and tasty, but that you never quite have that feeling of, “It looks so good I can’t eat it.”

Stock up on Korean snacks and souvenirs 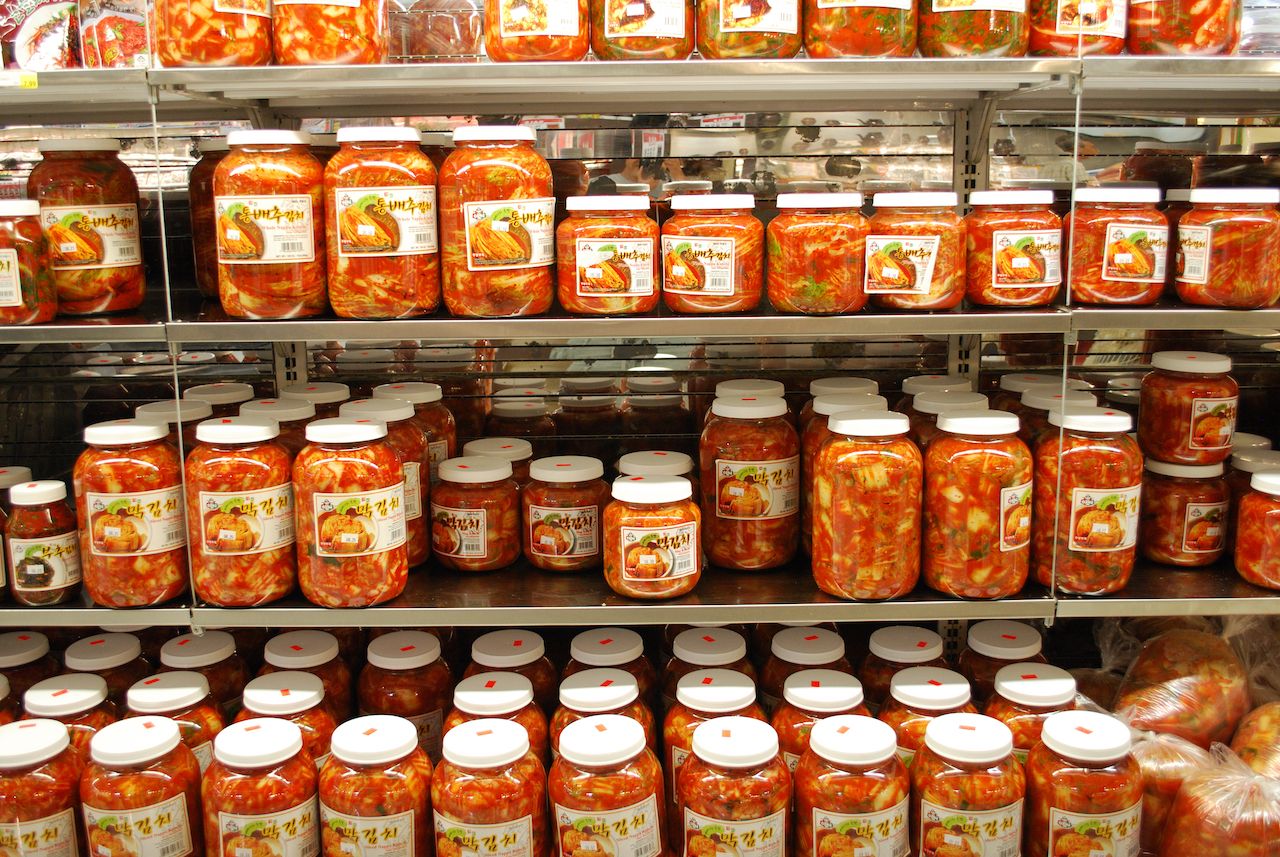 Korean markets aren’t your average grocery stores. Sure, they have some of the usual staples, but holy sauce section, holy live seafood, and holy kimchi, plus aisles of vinegars, marinated meats, self-serve banchan (side dish) bars, and a buzzy energy you won’t find at Kroger. The biggest in K-Town is the Galleria Market in the basement of Koreatown Galleria, but there’s also the newly renovated California Market on Western Avenue, H Mart in MaDang the Courtyard, and Zion Supermarket in City Center on Sixth. By all means browse the aisles, but end in the snack section, a colorful assault of chocolate and chip packages. You’ll want it all, but get a bag of honey butter chips, a salty-sweet snack that’s all the rage in Korea, and whatever flavor of Lotte Choco Pie that catches your eye. 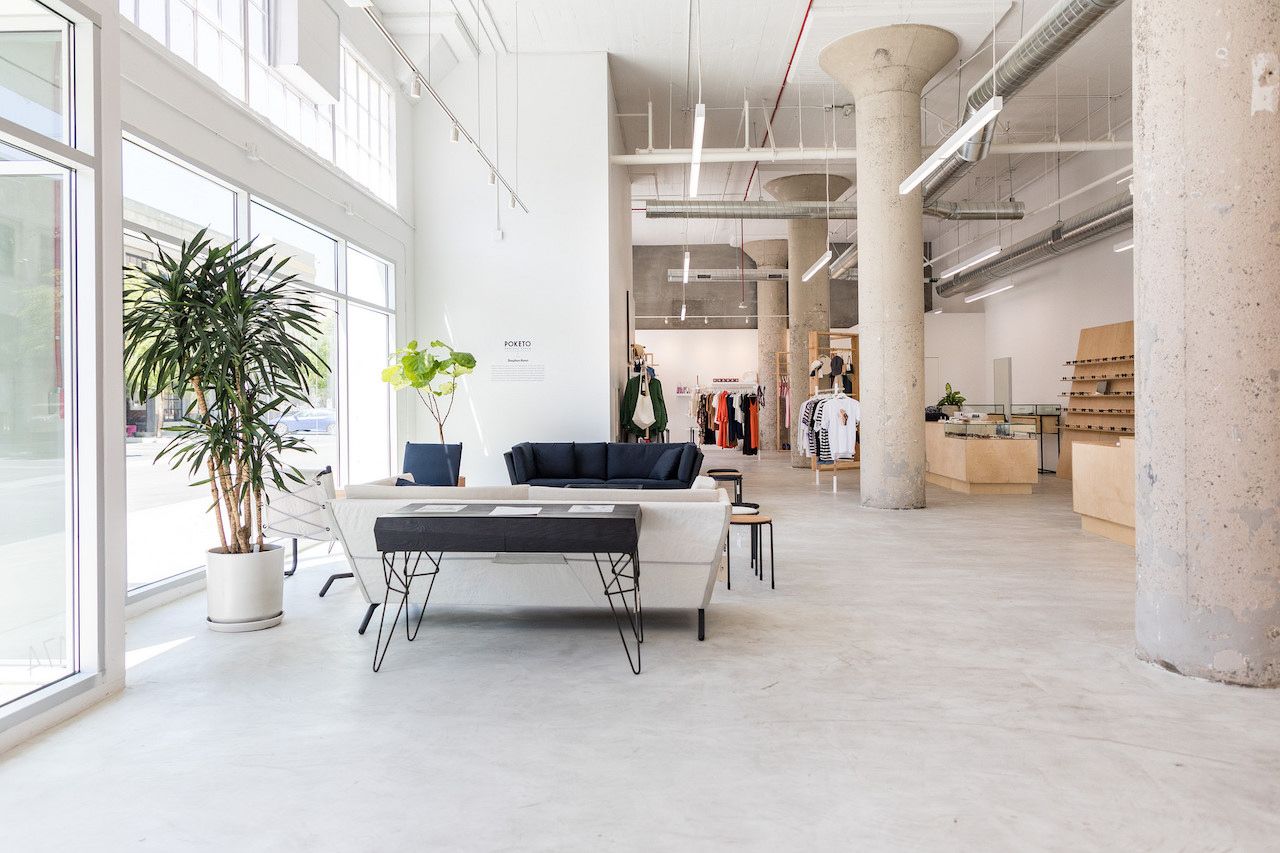 Just like Seoul, K-Town is a shopping hotbed of multi-storied malls, food courts, and boutiques, and no way should you go home empty handed. Paper is big in Seoul, as in cute cards, notebooks, and pens. Stock up on standout stationary and gifts at Poketo at the LINE Hotel, where curated knick-knacks reign supreme. The cuteness continues at ChouChou, a minimal shop on Sixth that sells only the essentials — t-shirts, phone cases, Korean plushies — the stuff you see in K-Pop videos on YouTube. Speaking of K-Pop, as in Korean pop music, the genre is having more than a moment. Both BTS and Blackpink are pushing Beyoncé-level big, and you’ll see their faces and hear their tunes nearly everywhere throughout the neighborhood. Pop into Choice Music in Koreatown Galleria for K-Pop paraphernalia and CDs if you’re the type that actually still has a CD player.

Yes, you can now buy K-Beauty at Urban Outfitters or Walgreens, but nothing like what you’ll find in K-Town. The name of the game here is Chok Chok, as in dewy, glowy skin. To achieve it, stock up on every sheet mask under the sun at Palace Beauty Galleria in Koreatown Galleria. We’re talking rubber modeling masks, overnight masks, ampule masks, snail masks, plus the bb, cc, and dd creams Korea made famous. Just across the hall is Aritaum, a more Sephora-style outpost for top-tier makeup and higher end serums, creams, and cushion makeup (think foundation and sunscreen in one). The choices can be overwhelming, but the super knowledgeable staff at both will point you in the right beauty direction. 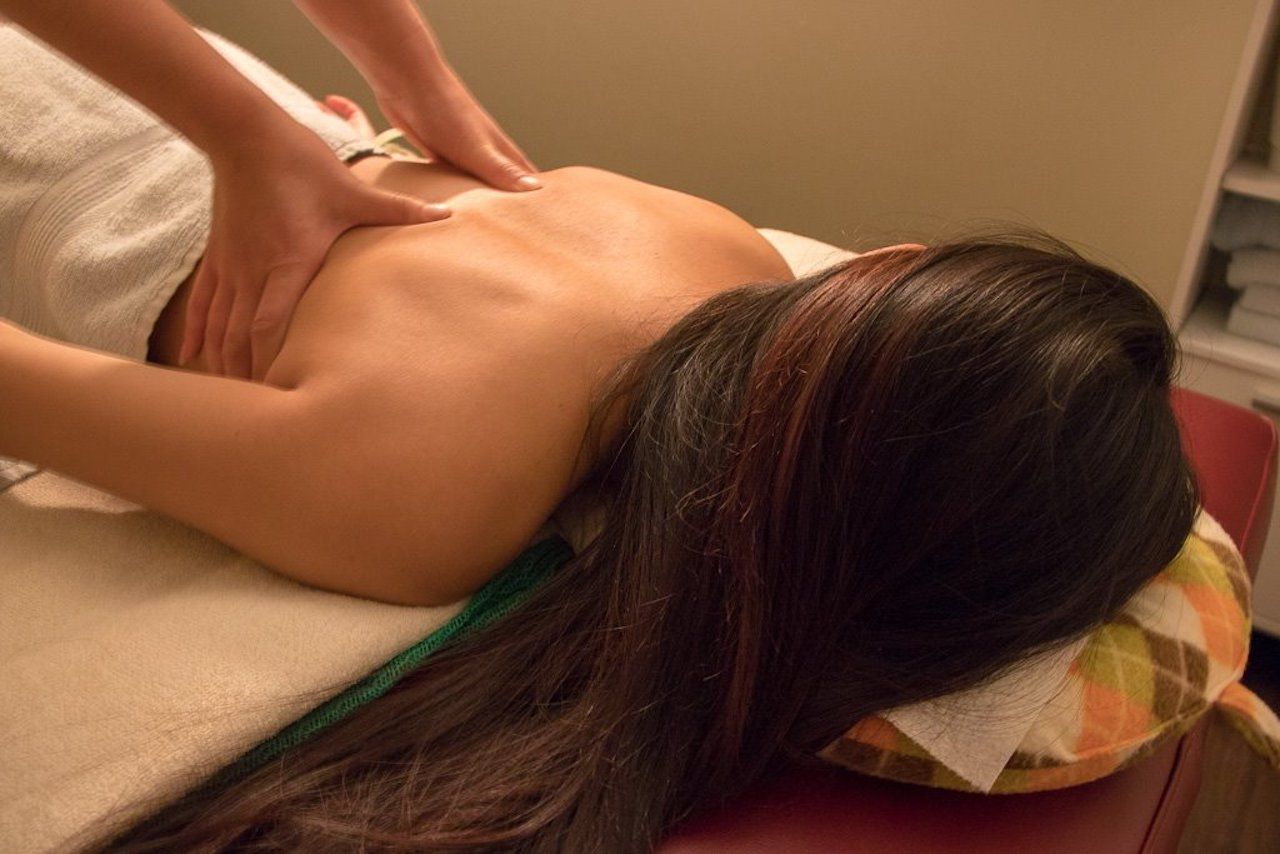 A Korean spa, or jimjilbang, is like a Turkish hammam amplified. Most include various hot and cold plunge pools and super hot saunas, along with meditation zones and relaxation spaces. You’ll have to navigate naked in the same-sex areas, but spas supply oversized tees and shorts for the co-ed zones. For an all-day affair, Wi Spa is a 24-hour, four-floor temple of relaxation that includes all of the above, plus five signature saunas, a restaurant, a roof deck, and even a kids’ area for a $30 entrance fee. But if you’re looking to book a treatment, Crystal Spa, located on the third floor of the City Center on Sixth, might just have the best acupressure this side of Korea — 90 mins will run you $95.

Cheers to chicken and beer 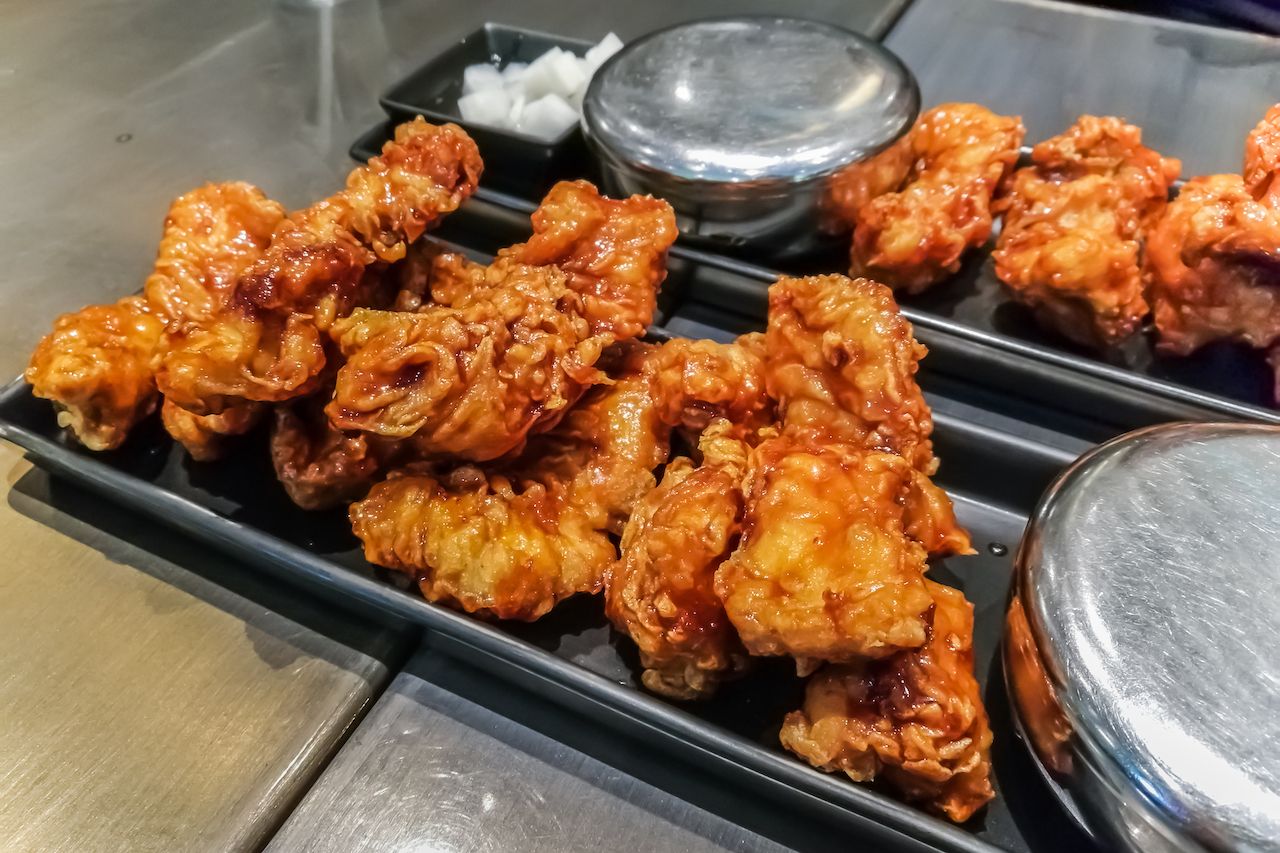 Chicken and beer is the ultimate Korean food pairing, a duo so popular it even comes with its own mashup known as chimaek, which is chicken served with maekju or beer. Not to be confused with the Colonel’s chicken, KFC — as in Korean fried chicken — is crispy-on-the-outside-tender-on-the-inside deliciousness, often twice fried and flavored with sassy spices and sauces. For OG chimaek, OB Bear is a longstanding standby. But you can’t go wrong with the sampler at Plato on Eighth Street, a 12-piece combo that tastes just right with a bottle of Hite. 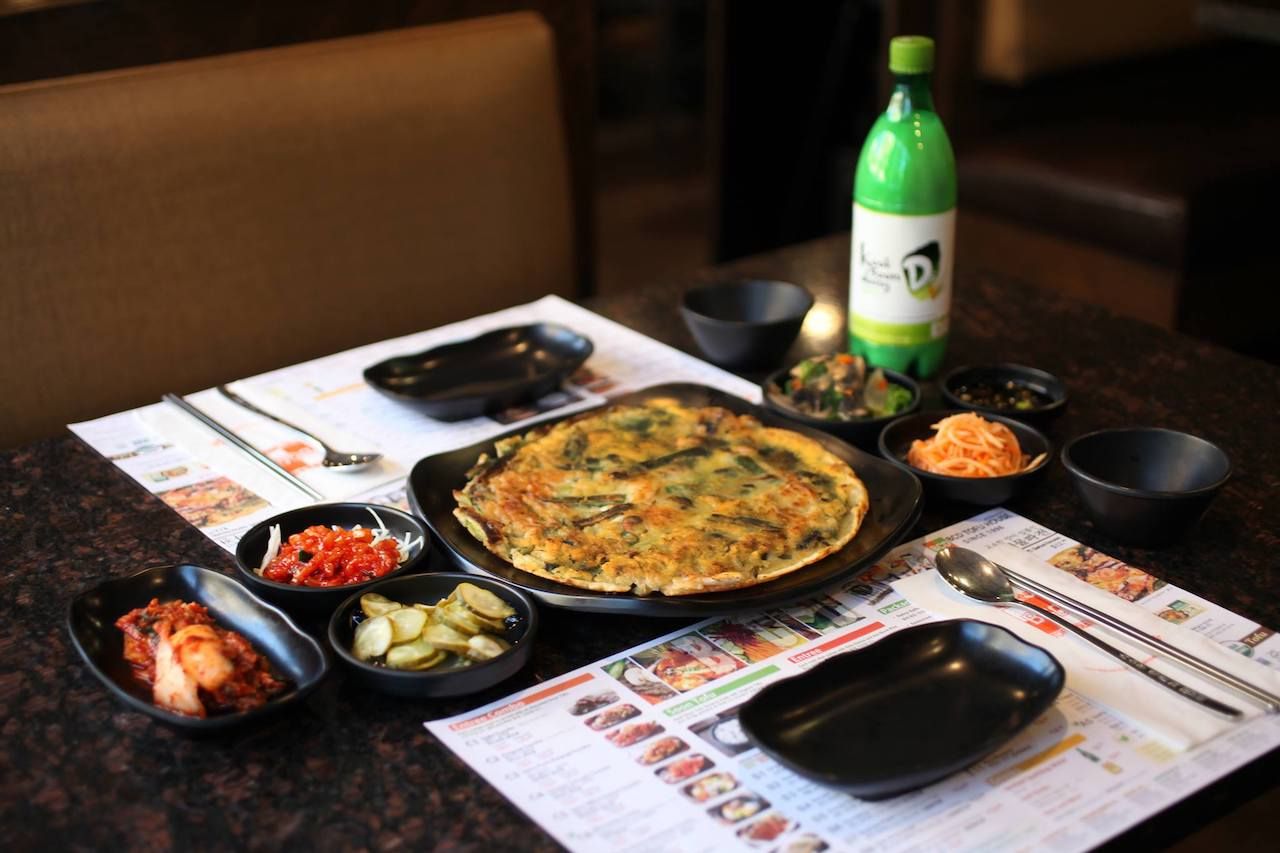 The tried-and-true rule to finding the best restaurants in both Seoul and K-Town is to follow the lines. Where there’s a wait, there’s killer food waiting. You’ll almost always find crowds outside Sun Nong Dan, which is saying a lot since the Sixth Street spot is open the full 24 hours every day. Most are here for the Galbi Jjim, a braised short rib stew that is #24 on the menu. This is a bubbling, brazen, brimming bowl built for two you must order with cheese. Another crowd fave is BCD Tofu House on Wilshire, a Korean-style Denny’s open 24 hours that serves seafood pancakes, though it’s the spicy tofu soup they’re most known for, a bubbling cauldron that stays hot till the end.

Get your karaoke on at a dive bar 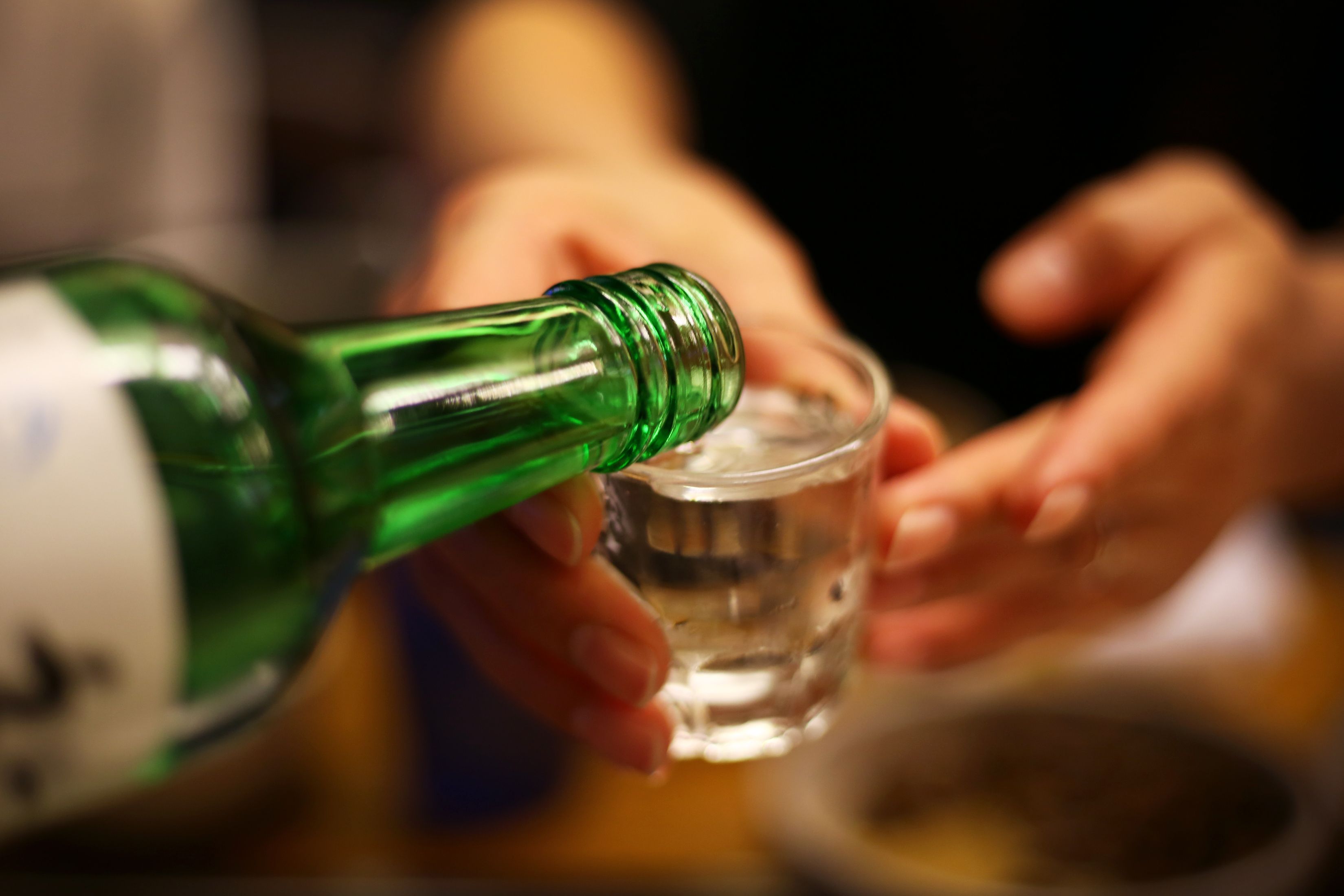 There are plenty of places to noraebang in K-Town but none like Break Room 86 at LINE LA. The ‘80s-themed bar has a secret entrance and a replica of the phone-booth from Bill & Ted’s Excellent Adventure along with old school arcade games and private singing rooms where you can belt out your favorite tune, ‘80s or otherwise, with a reservation. For more of a karaoke-meets-dive-bar experience, Café Brass Monkey is your place, a Koreatown staple that’s been around since 1971. No private rooms here, so be ready to perform for the crowd.

Soju-soaked nights at hole-in-the-wall joints is totally a Seoul thing, and thankfully K-Town follows suit. We’re talking dimly lit dens so divey they’ve turned trendy. The first on that list is Dan Sung Sa, a wood-paneled Korean pub with graffitied booths that serves up cheap bar foods and plenty of Korean beer and soju to wash it down. Another beloved K-Town haunt is Frank ‘n Hank, a watering hole on Western Avenue known for its cheap drinks, jukebox, pool table, and people watching. The HMS Bounty on Wilshire gets extra points for being a dive bar with a nautical theme. By the end of the night, you just might think you’re in Seoul.