Sauntering through Istanbul’s palaces, it’s hard not to picture yourself living in one. What it must have been like to be a sultan, I found myself musing on a recent tour of Topkapı Palace—to bathe in a hammam the size of a parkette, to sojourn in a harem as ornate as the Hagia Sophia, to sleep under sky-high ceilings dripping with crystals.

The answer to this question is more attainable than travelers might think. Istanbul’s Çırağan Palace, a monument to Ottoman decadence on the shores of the Bosphorus, recently celebrated its 30th anniversary as a Kempinski property, meaning visitors to the Turkish capital can spend their vacations in digs befitting literal royalty—sans harem, of course.

We hope you love the spaces and stays we recommend. Just so you know, Matador may collect a small commission from the links on this page if you decide to book a stay. 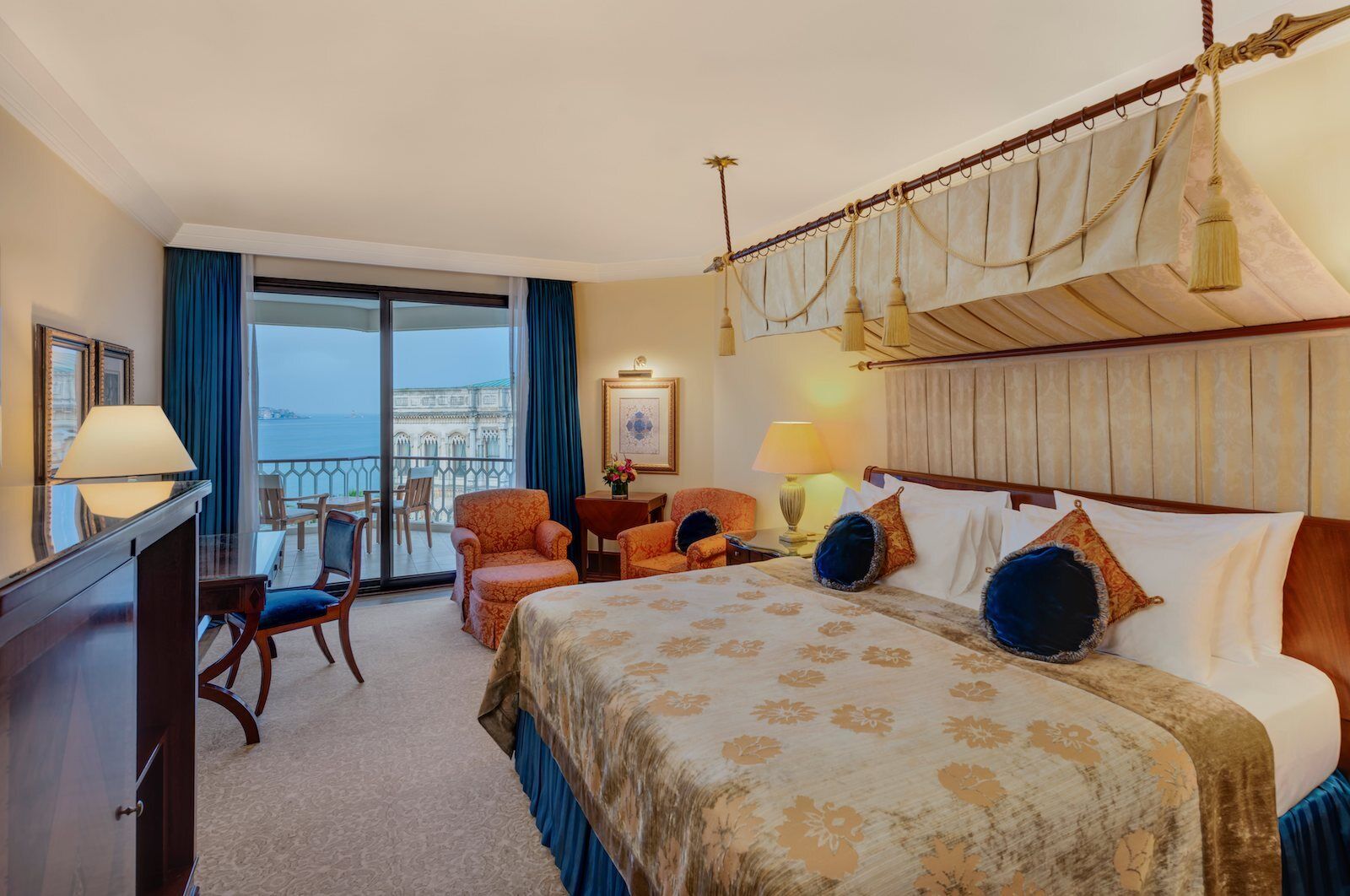 The last imperial estate built in Istanbul during the Ottoman Empire, Çırağan Palace was completed in 1871 by the order of Sultan Abdülaziz, whose successors resided there until a fire ravished the property in 1910. Eight decades later, the palace was restored and reopened alongside an adjoining luxury hotel, Çırağan Palace Kempinski, which has been drawing travelers to Istanbul’s ​​Beşiktaş neighborhood ever since.

Little is left of the original structure. Only the opulent marble hammam, now used as a cocktail reception venue opposite the Çırağan Ballroom, remains fully intact in the historical palace. A traditional hammam experience is still on the menu at the hotel’s Sanitas Spa, however, as is a variety of both Western and Eastern treatments. 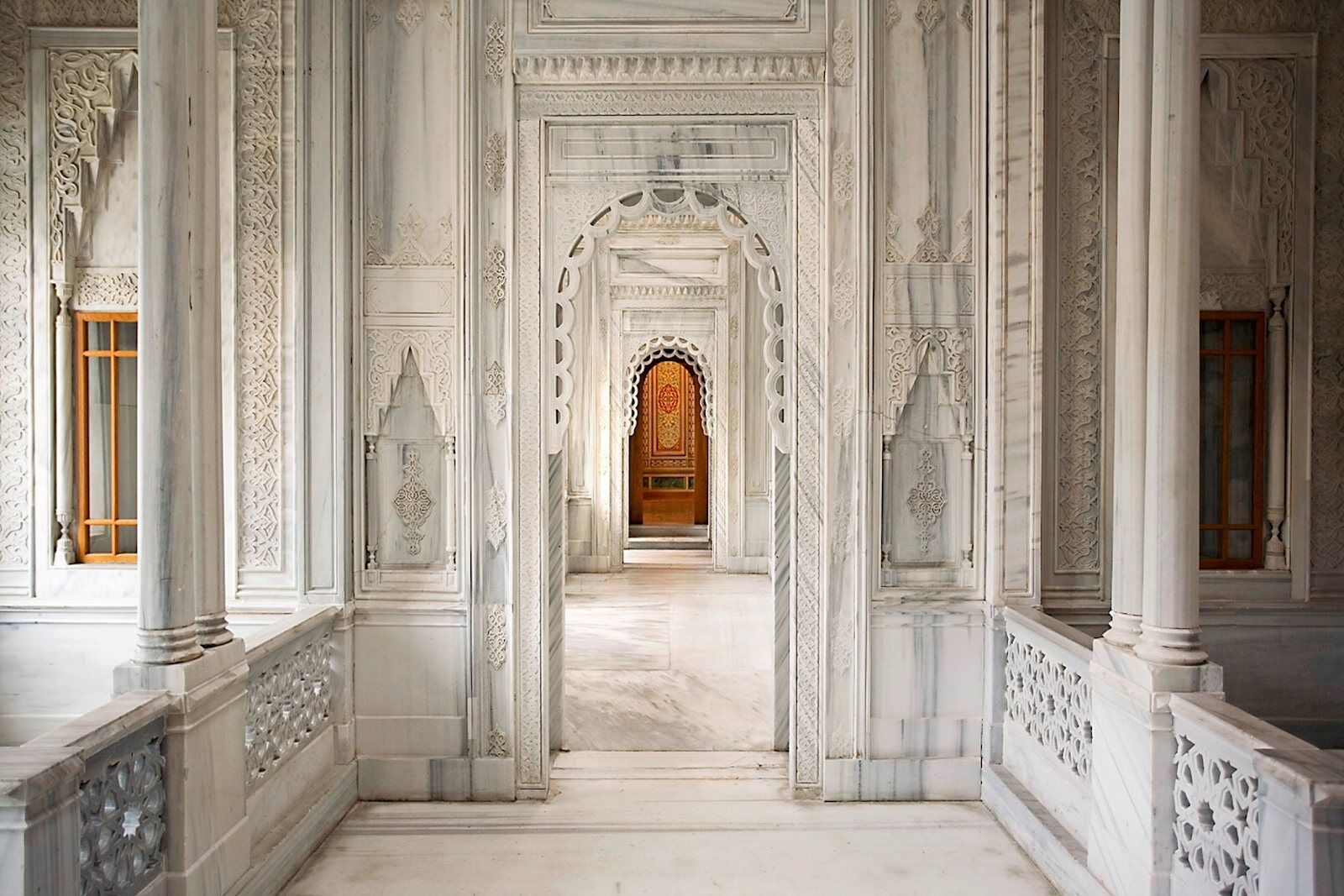 The 310-room hotel also hosts the must-brunch Laledan Restaurant, situtated opposite a 17th-century gate in the hotel gardens; a pastry, chocolates, and afternoon tea haven on the terrace at the Gazebo Lounge; and the waterside Bosphorus Grill that’s a dream during summer. In the center of it all is a year-round heated infinity pool pointed straight at the strait. 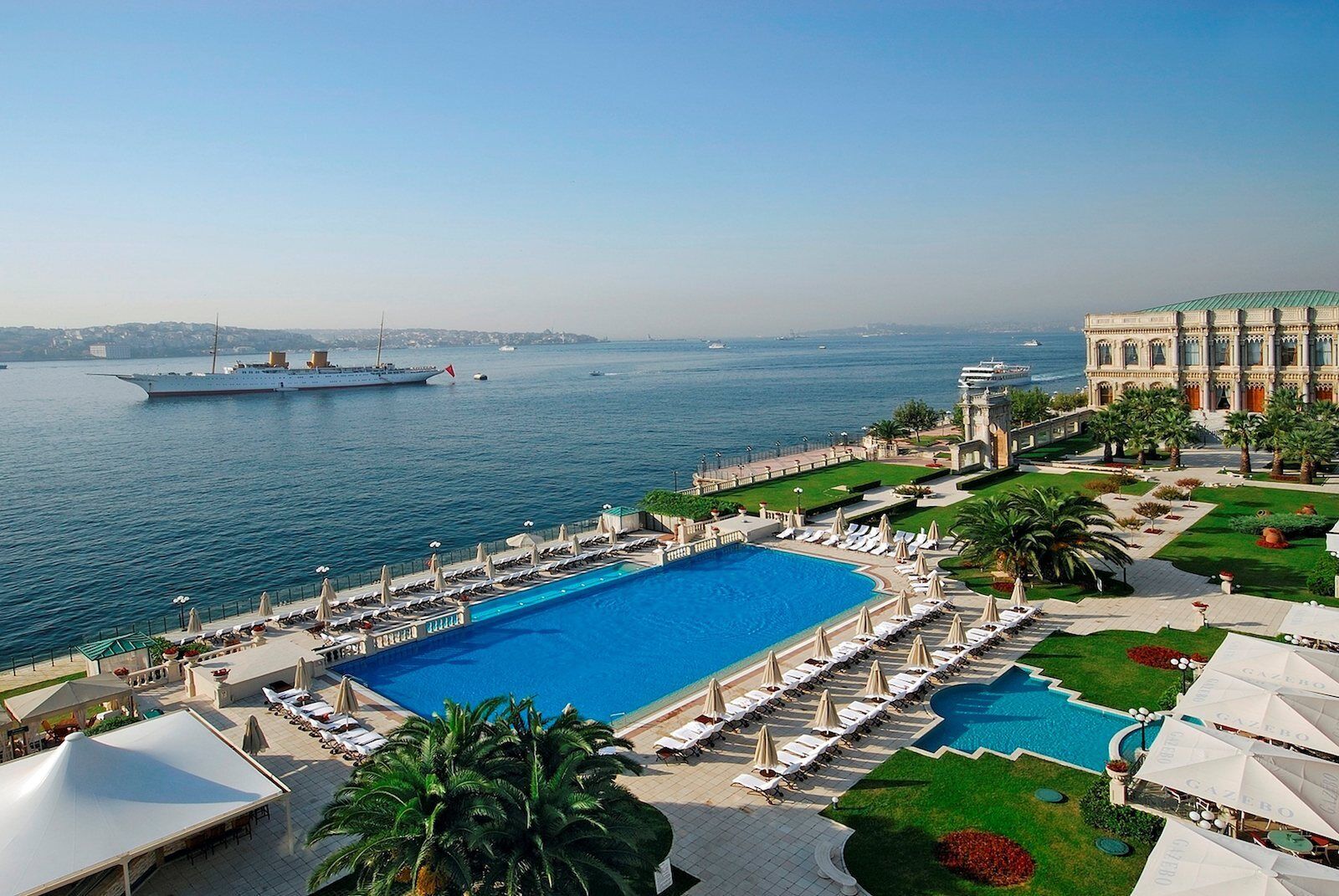 It’s the historical palace that elevates Çırağan Palace Kempinski’s five-star service to an ultra-luxe indulgence, though. Eleven of the property’s lavish suites are located in the palace proper, including the two-bedroom Sultan Suite, which comes with a private entrance, round-the-clock butler service, a living and dining room fit for 12 people, and an accordingly large price tag—about $35,000 per night. But what else would you expect from an accommodation that offers helicopter tours and even airport transfers from its very own helipad? 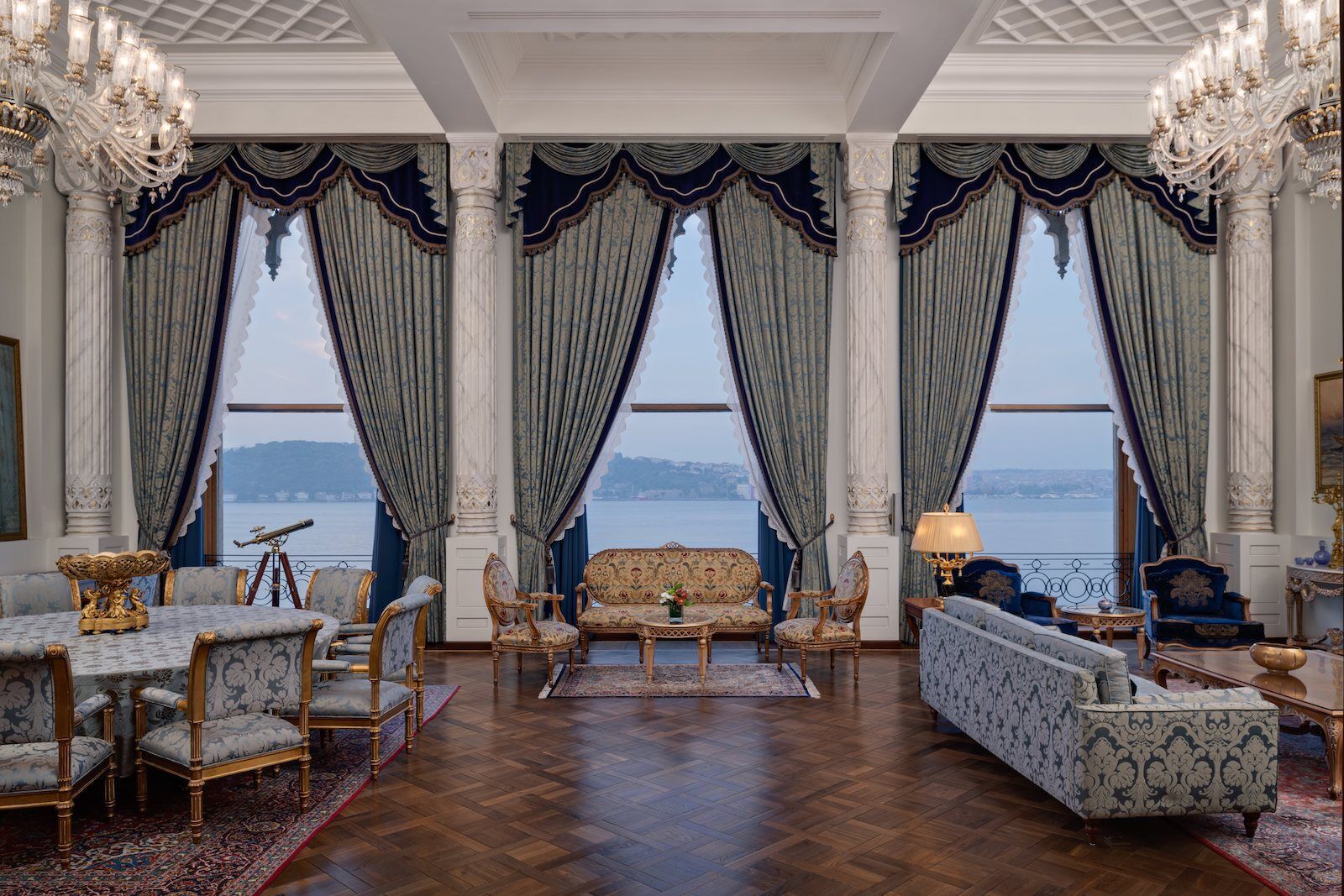 Fortunately for those looking to splurge—but not that much—there are other means of enjoying the historical palace, starting with an evening at the fine-dining Tuğra restaurant. The menu here is a masterclass in Ottoman delicacies, with dishes inspired by archival recipes from historic sites like Topkapı Palace, a must-visit museum located just 25 minutes from Çırağan Palace along the Bosphorus.

If you love love, keep a close eye on the couples dining here. The supremely romantic restaurant is among the most popular proposal spots in the city. I witnessed not one but two during my meal, followed by a peek at a sumptuous wedding being hosted in the Çırağan Ballroom as I made my way back to my hotel room—after a nightcap at Le Fumoir, of course, where other guests puffed fine cigars. 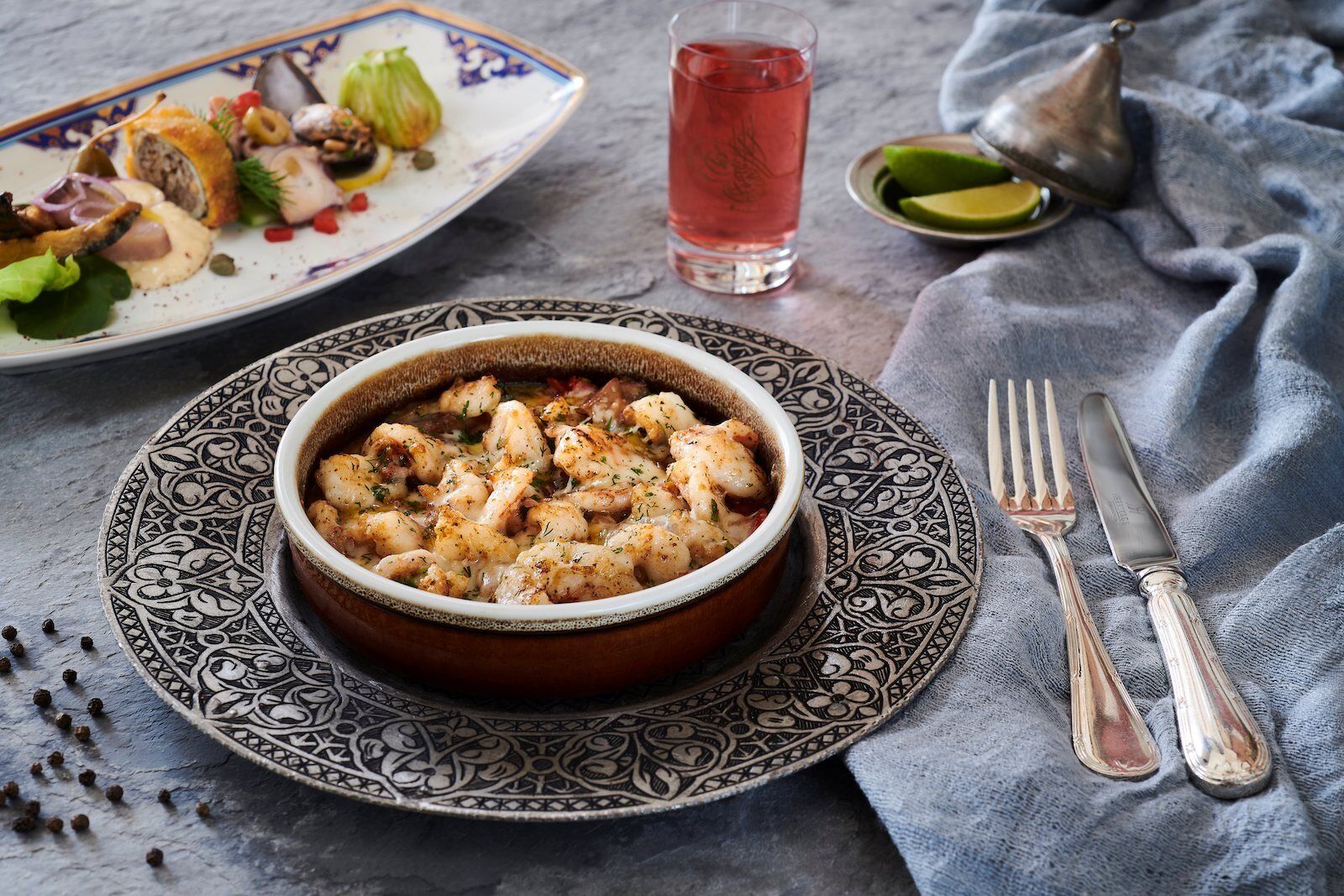 Dining in the historical palace on my last night in Istanbul was the perfect end to an unforgettable stay. Yet even more than the mezze, served in custom dishware homaging the Ottoman imperial signature, or the entire salt-baked fish that was cracked and served to my group tableside, the highlight of my night was walking the corridor-turned-modest-museum between the two wings of the property before dinner.

It’s one thing to absorb Çırağan Palace’s legacy during Yoga by the Bosphorus or with an aperitif in hand at The 47 venue as a DJ spins. But you’ll appreciate the experience that much more if you walk down that hallway, admire the photographs hanging on its walls, read up on the palace’s history, and realize just how special the property really is.

TravelThe 22 Places You Need To Travel in 2022
Tagged
Lux Travel Epic Stays
What did you think of this story?
Meh
Good
Awesome

A Day in the Life of an Expat in Istanbul, Turkey