There are some dishes that the entire United States share. Turkey is one clear example, as are others like some type of cranberry side (whether that be sauce, relish, or jellied from the can) and mashed potatoes. What fills the other parts of the Thanksgiving table, however, often depends on regional preferences and history.

In the Midwest, that means cheese, corn, and many, many types of casseroles (or hotdishes, if you’re in the upper Midwest).

“Side dishes at Thanksgiving often include one or more forms of casserole, usually a heavy or starch-dense dish like green bean casserole, au gratin potatoes with bacon and breadcrumbs, and sweet potatoes/yams with marshmallow topping,” Neel Sahni, a Midwest-based chef with the National Pork Board, wrote in an email. “Really, anything with a base ingredient, sauce or binder, and toppings works well.”

These are the dishes that define the Thanksgiving table in the Midwest. 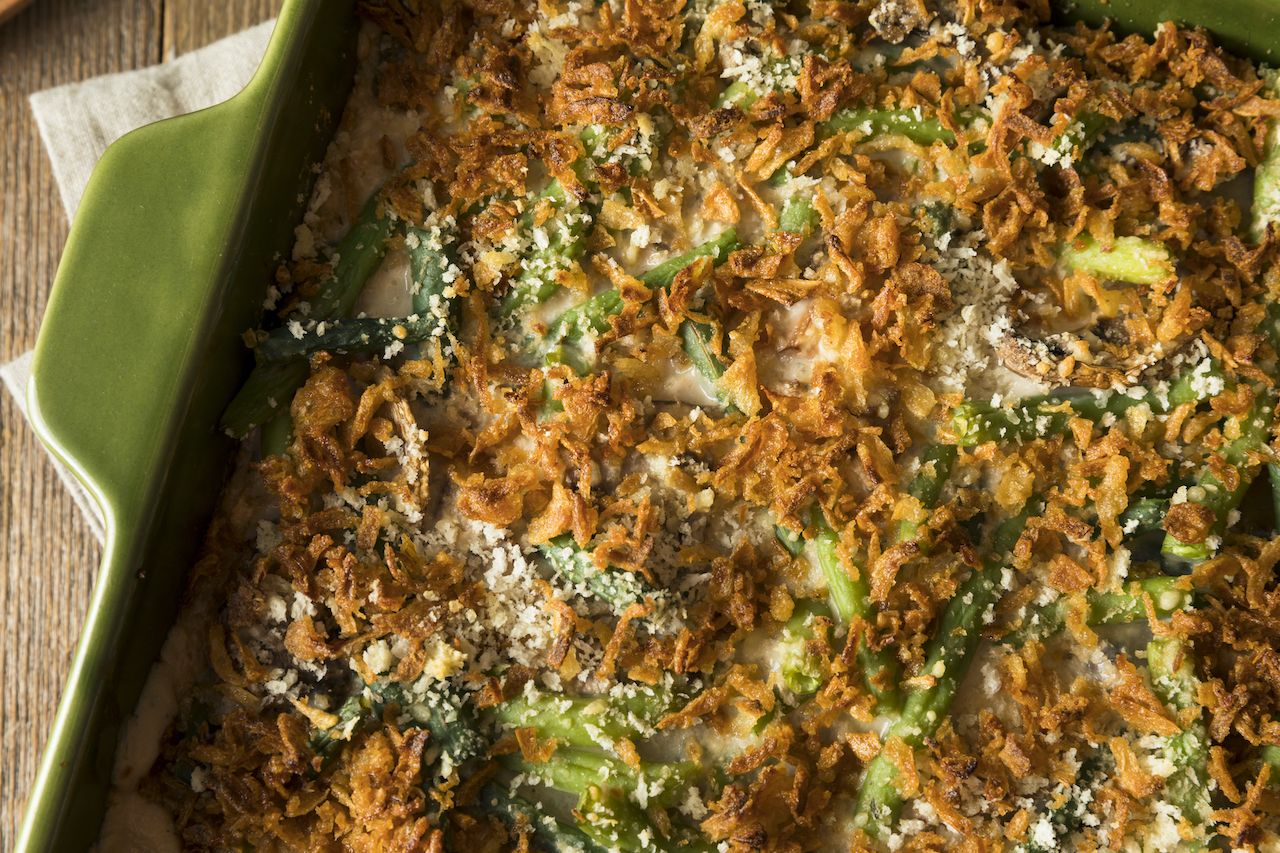 Green bean casserole is made in various parts of the country for Thanksgiving, but it’s really found a home in the Midwest. It’s made by putting cream of mushroom soup from a can into a casserole dish with green beans and spices of your choosing. Fried onions (typically French’s fried onions from the container) go on top.

A Campbell’s recipe developer named Dorcas Reilly created the recipe in 1955. Today, about 40 percent of all of the cream of mushroom soup sold in the US is used for green bean casserole recipes, according to History.

When asked about Midwest casseroles, Angela, the Minnesota-based food blogger behind Bake it With Love, told Matador that, “If you aren’t serving the easy version of green bean casserole at Thanksgiving, you’re an out-of-towner for sure!” 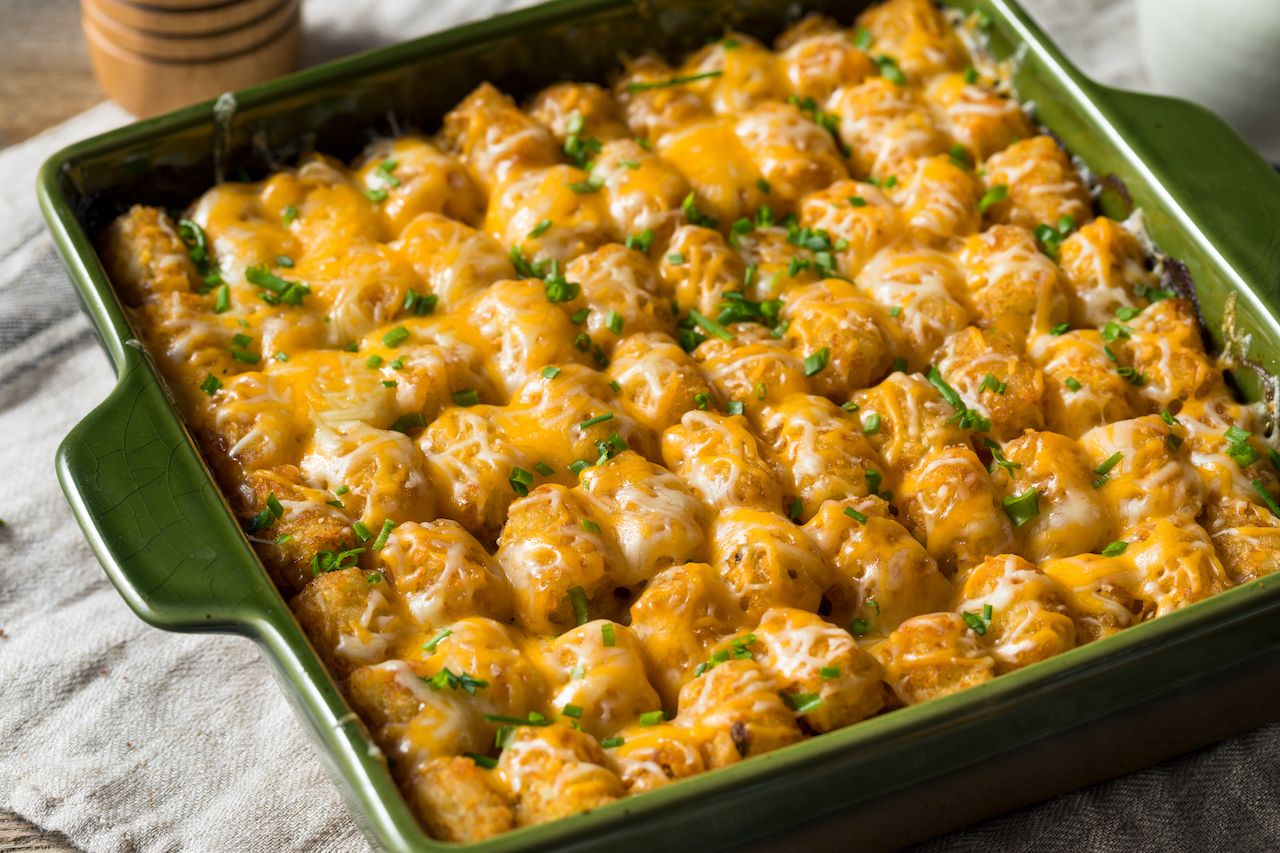 If you’re in the upper Midwest, a casserole is not called a casserole but a hotdish. The most popular version is made with ground beef, green beans or peas (either frozen or from a can), onions, and cream of mushroom soup. The top is layered with tater tots, along with cheese, before the whole thing is baked, and voila: a delicious tater tot hotdish ready for eating.

What goes beneath the tater tots isn’t restricted to ground beef and frozen or canned vegetables. Any number of combinations can be mixed together and topped with tater tots. According to Eater, commercial tater tots were invented in the mid-1950s and have been used as a popular hotdish topping ever since. Minnesota Senator Amy Klobuchar recently spotlighted the tater tot hotdish during her “Hot Dish House Parties” campaign event when she was running for president.

A candy bar is the main attraction of this popular Midwest “salad.” Snickers salad is made with Snickers, apples, whipped cream, and vanilla pudding. It’s especially popular in states like Iowa and Minnesota, and it’s served alongside the most popular Thanksgiving side dishes — including the many different hotdish options.

This isn’t the only type of dessert salad you’re likely to see in the Midwest. It’s one of a number that includes ambrosia, Jell-O fluff, and Watergate salad. 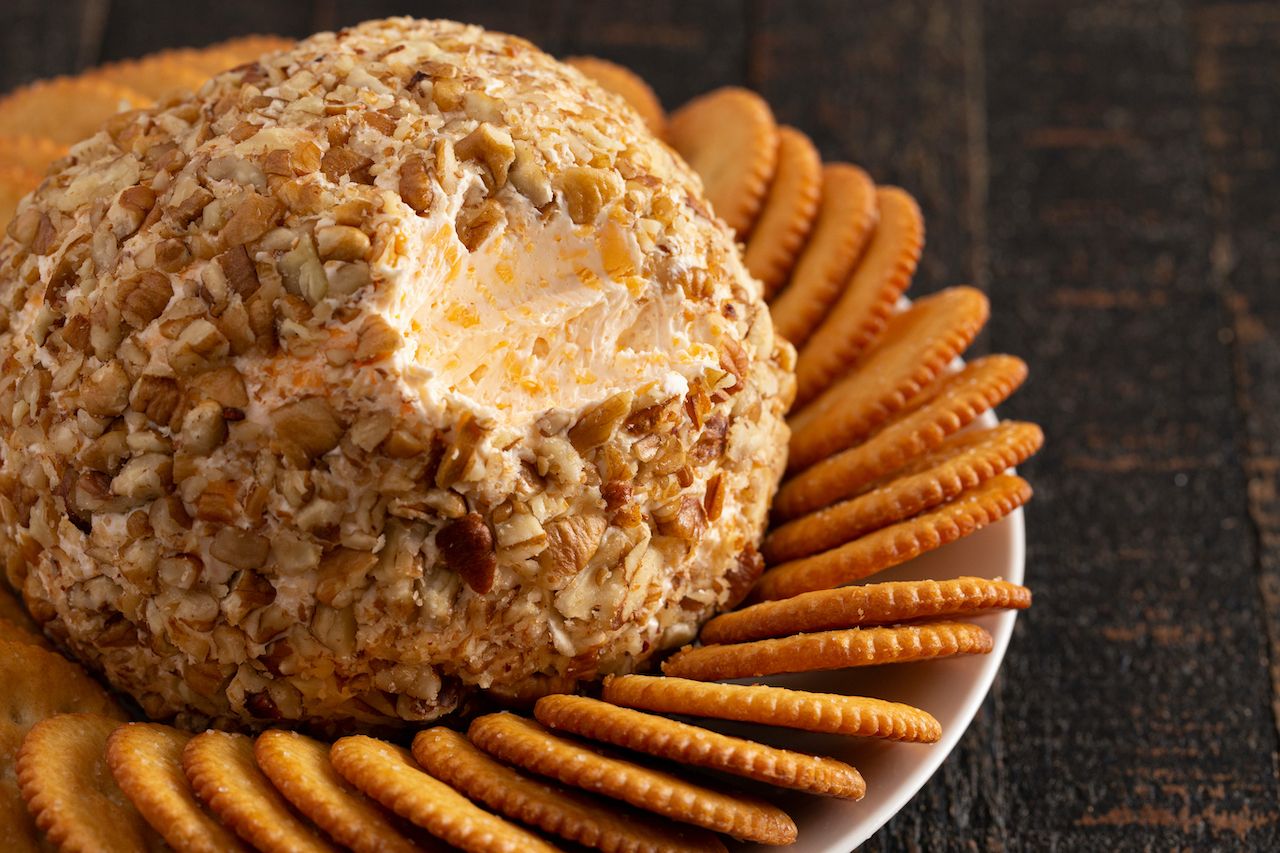 The Upper Midwest is the home of cheese and all things dairy, so perhaps it should come as no surprise that cheese balls are common appetizers at gatherings — including Thanksgiving. Exactly what goes into each family’s preferred cheese ball depends on taste. The New York Times lists processed cheddar mixed with port wine as one style while others are made with pineapple and cream cheese. Others still use leftover cheese, though there’s nothing wrong with using a local and high-quality cheese.

A blogger with Allrecipes lists cheddar, blue cheese, cream cheese, Worcestershire sauce, onion, garlic, pecans, and olives in their family’s cheese ball recipe, which is used “as a prelude to Thanksgiving dinner, along with a relish tray, to use up those last few minutes while the turkey’s browning.”

Among the Des Moines Register’s list of Iowans’ favorite holiday food sits one that many outside of the region likely haven’t encountered: the pickle wrap. Also known as “Iowa sushi” or “Lutheran sushi,” according to an explainer by Courtney Crowder of the Des Moines Register, the appetizer is simply a pickle spread with cream cheese and wrapped in ham. Modern variations include tortillas or dried beef.

Thanksgiving isn’t the only time Iowans grace the table with pickle wraps. You’ll find pickle wraps served as an appetizer on Christmas and other gatherings and holiday dinners. 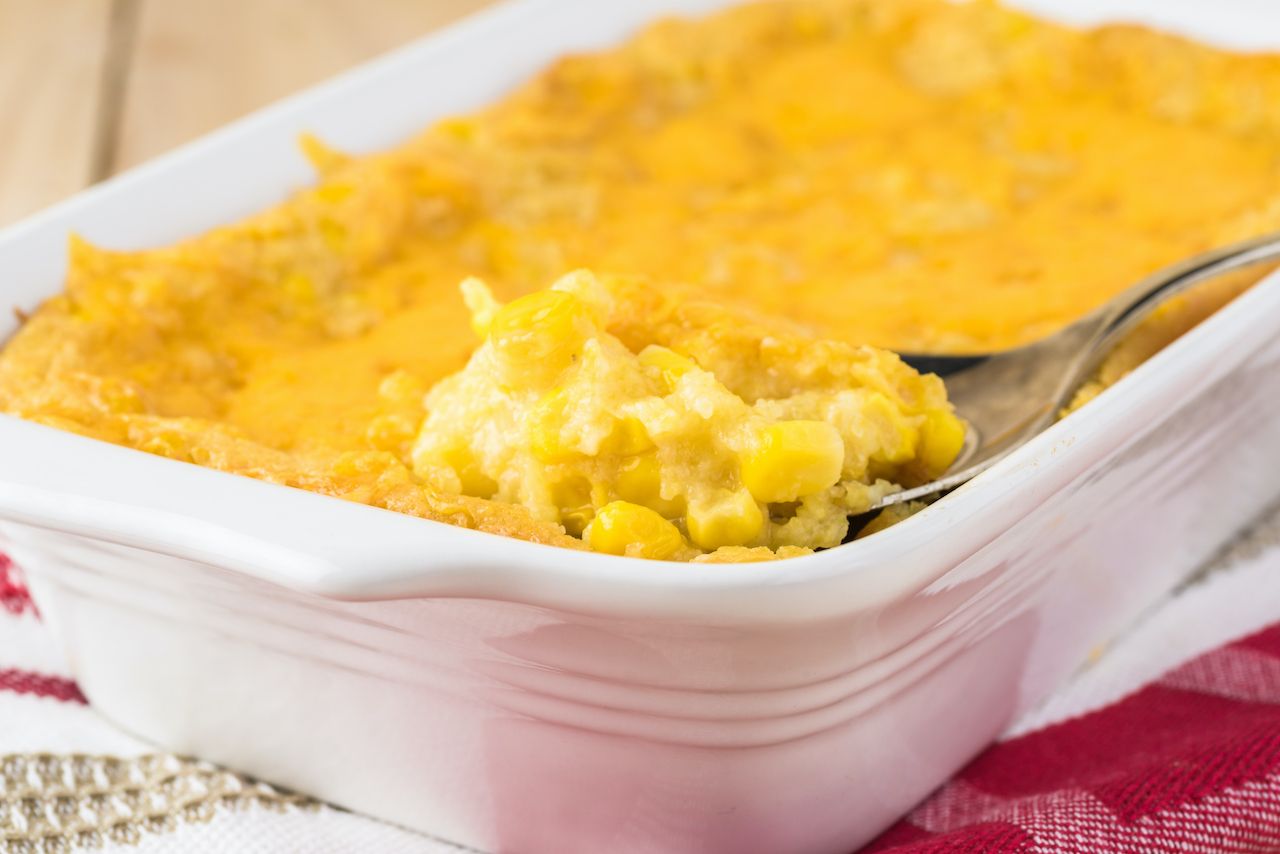 Scalloped corn is yet another popular side on the Midwest Thanksgiving table. One recipe from an Iowa Farm Bureau’s favorite holiday recipe collection uses whole kernel corn and creamed corn (both canned) along with sour cream, butter, and cornbread mix. Others use crushed up Saltine crackers in place of the cornbread mix. Scalloped corn is also called corn casserole. This is, after all, the land of casseroles.

Similar corn dishes also make an appearance depending on what state you’re in. Cream corn, for example, is one of the most popular Thanksgiving foods, according to Google search data obtained by Zippia.

In northern Minnesota, wild rice is harvested from grasses that grow in the state’s lakes. Wild rice has played an important role in the local diet since it’s been harvested by canoe by the Ojibwe and other Indigenous people. Rice is harvested between August and September.

Wild rice hotdish is like many other Minnesota hotdish recipes in that it includes cream and mushrooms and has a crunchy topping.