In North America, coffee is the morning stimulant of choice. Still, there are drawbacks to coffee, including the sometimes bitter taste and buzzy, jittery high it gives some people. Of course, coffee beans aren’t the only energy boosting plant that nature has to offer and there are plenty of healthy coffee alternatives out there. People around the world have long looked to plants and fungi for beverages that impart a calmer, less intense burst of energy, mental clarity, and focus.

From ancient herbal teas to coffee substitutes popularized by wartime supply shortages, here are five (mostly caffeinated) alternatives to coffee that are drunk around the world.

Just so you know, Matador may collect a small commission from the links on this page if you decide to make a purchase. 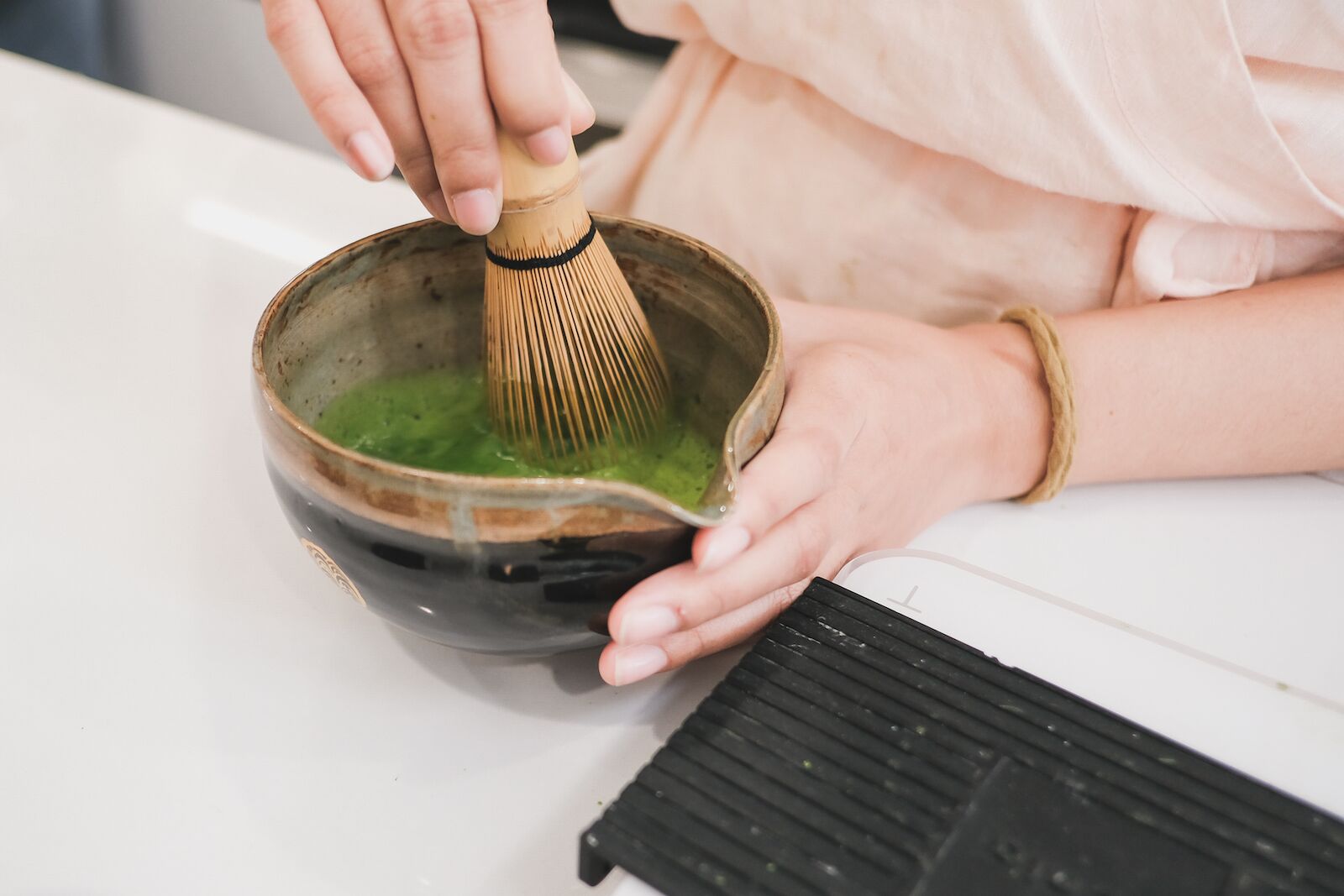 People in China have ben cultivated green tea since around the 8th century. In fact, it’s believed that China was the first of the major tea growing regions in the world. Then, during the 12th century Song Dynasty, the method of preparing powdered tea from steamed and dried tea leaves exploded in China. It was around this time that a Japanese Buddhist monk named Eisai, who was studying in China, discovered that he could achieve a state of calm alertness by drinking green tea before mediating. In 1191, Eisai brought green tea back to his home country, where powdered green tea became an integral part of Zen Buddhist practice due to its ability to emprove mental focus.

Though there are many types of green tea in Japan, matcha is special because it’s used in the highly ritualized tea ceremony Chanoyu. But even novice tea-drinkers can prepare matcha using a bamboo chasen to whisk the powdered tea into a cup or bowl until it’s frothy.

Matcha is caffeinated and high in L-theanine, an amino acid, which some studies have found reduces stress and improves focus, making it a popular replacement for coffee. Researchers in a 2017 study found evidence that matcha might even improve attention, reaction time, and memory.

What to try: Ippodo Sayaka-no-mukashi Matcha, $46 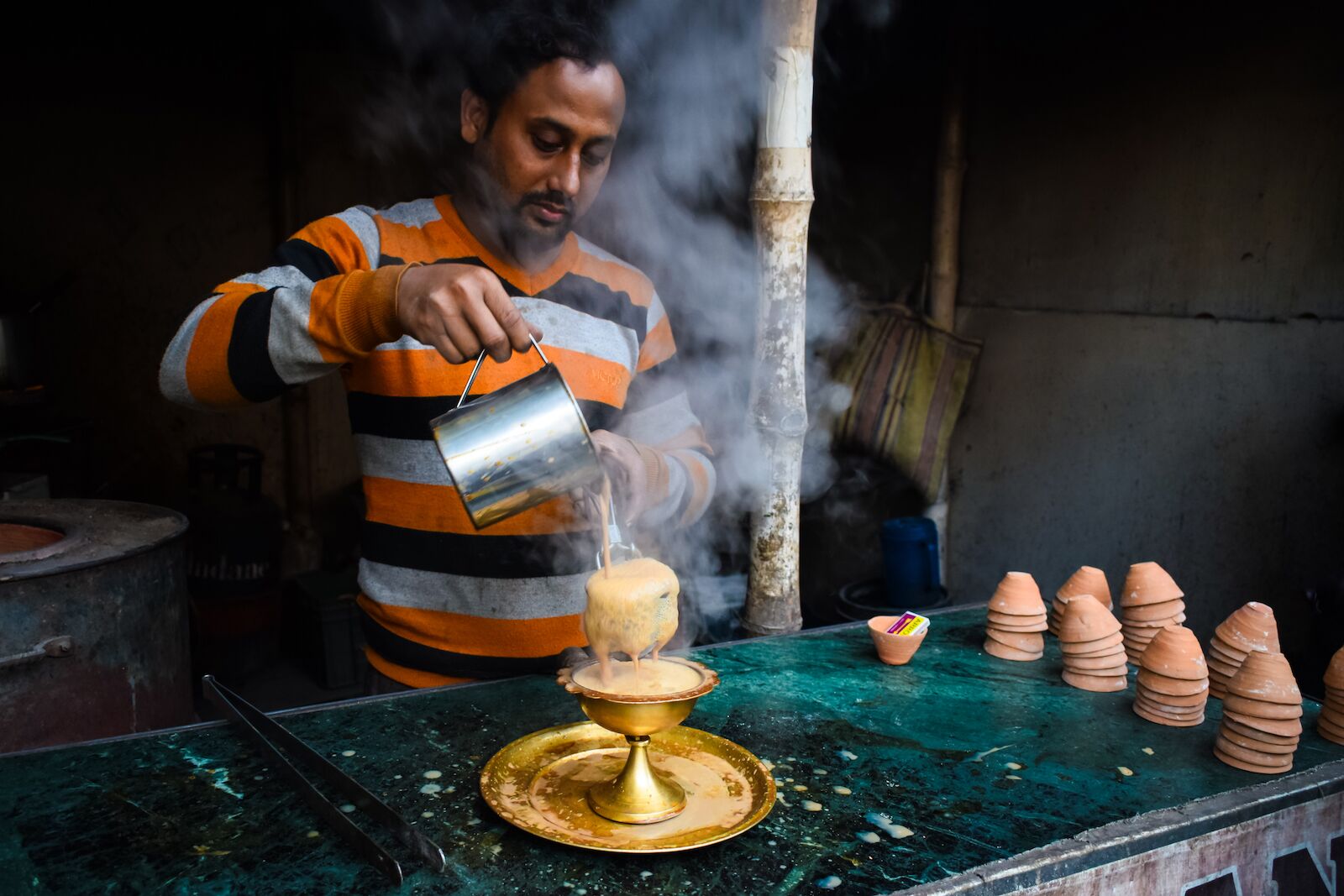 This Indian variety of spiced black tea (chai translates to tea) is likely thousands of years old, but its exact origins remain mysterious. According to most legends, it first appeared in the royal courts of either India or Siam as a healing Ayurvedic beverage. At that point it didn’t contain any black tea, thus was caffeine free.

Masala chai is a much more modern invention. The British East India Company began growing black tea in Assam, India, in the 1830s. However, it wasn’t until the early 1900s that chai became the spiced, sweetened, milky beverage still popular today. Around this time, British colonizers set up cheap or free tea stalls around the country. Sometime between World War I and the 1930s, Leena Trivedi-Grenier writes in her history of chai for Epicurious, Chaiwallas (streetside tea vendors) started adding masala (a blend of spices).

With it’s black tea base, masala chai is considered a potent alternative to coffee. It’s often spiced with cardamom, fennel seeds, black pepper, and ginger, and mixed with milk. 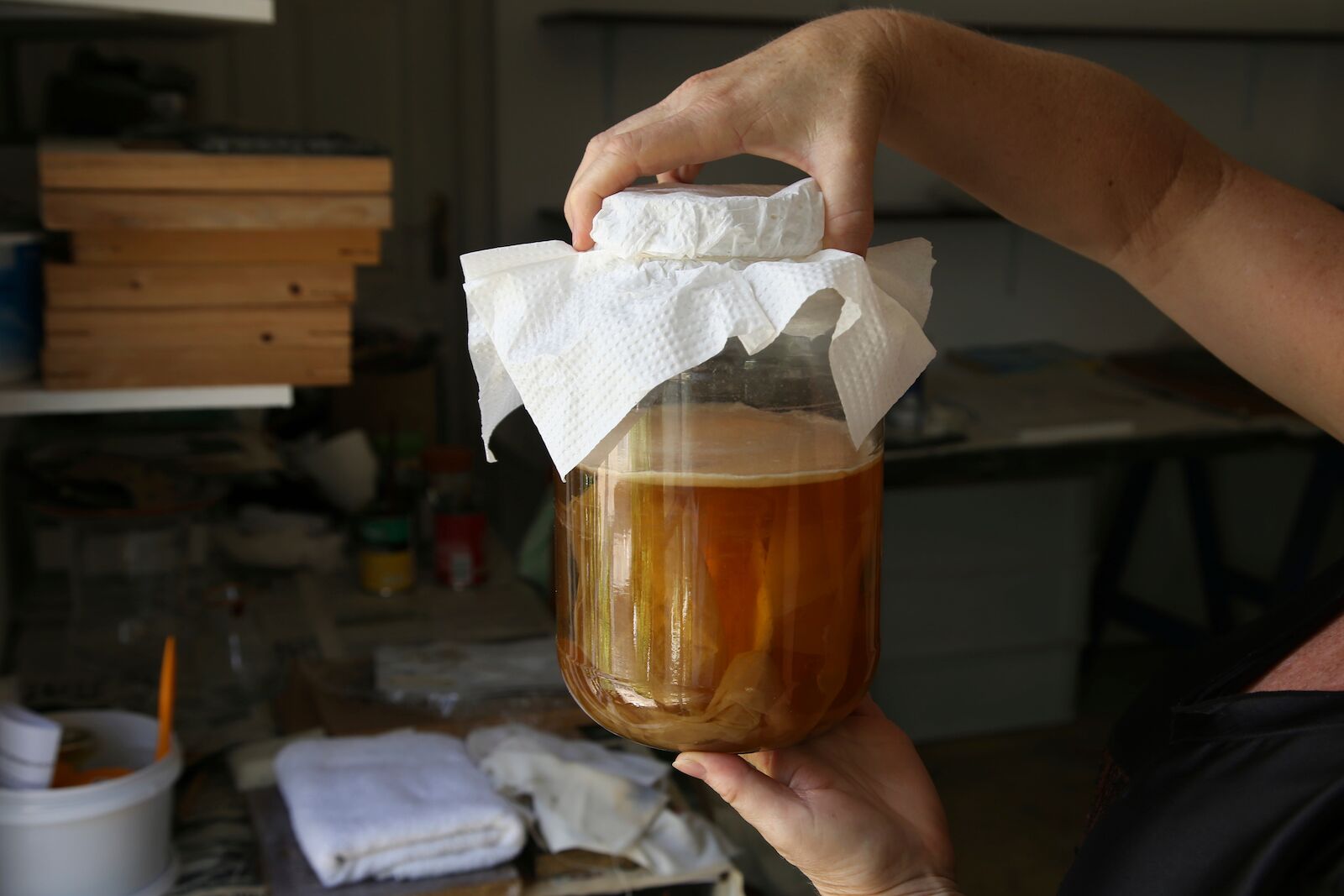 Nowadays, you’re likely to find glass bottles of kombucha in flavors like guava and spirulina lining the refrigerator aisles of local grocery stores across the country. This now trendy drink is more than 2,000 years old, and likely originated in China. According to Folklife, a magazine published by the Smithsonian, some research shows that Chinese people were drinking this bubbly, fermented tonic in 221 BCE, and that it made its way to Japan via Korea in 441 BCE.

Regardless of where it comes from, kombucha has built a reputation as a healing elixir over the centuries. Enthusiasts have touted that its probiotics promote digestive health, and that it’s antioxidant powers protect against disease. The drink may also provide an energy boost: It contains small amounts of caffeine and vitamin B, making it an alternative to coffee and energy drinks.

What to try: Humm Probiotic Kombucha Blood Orange, Pack of 4, $14 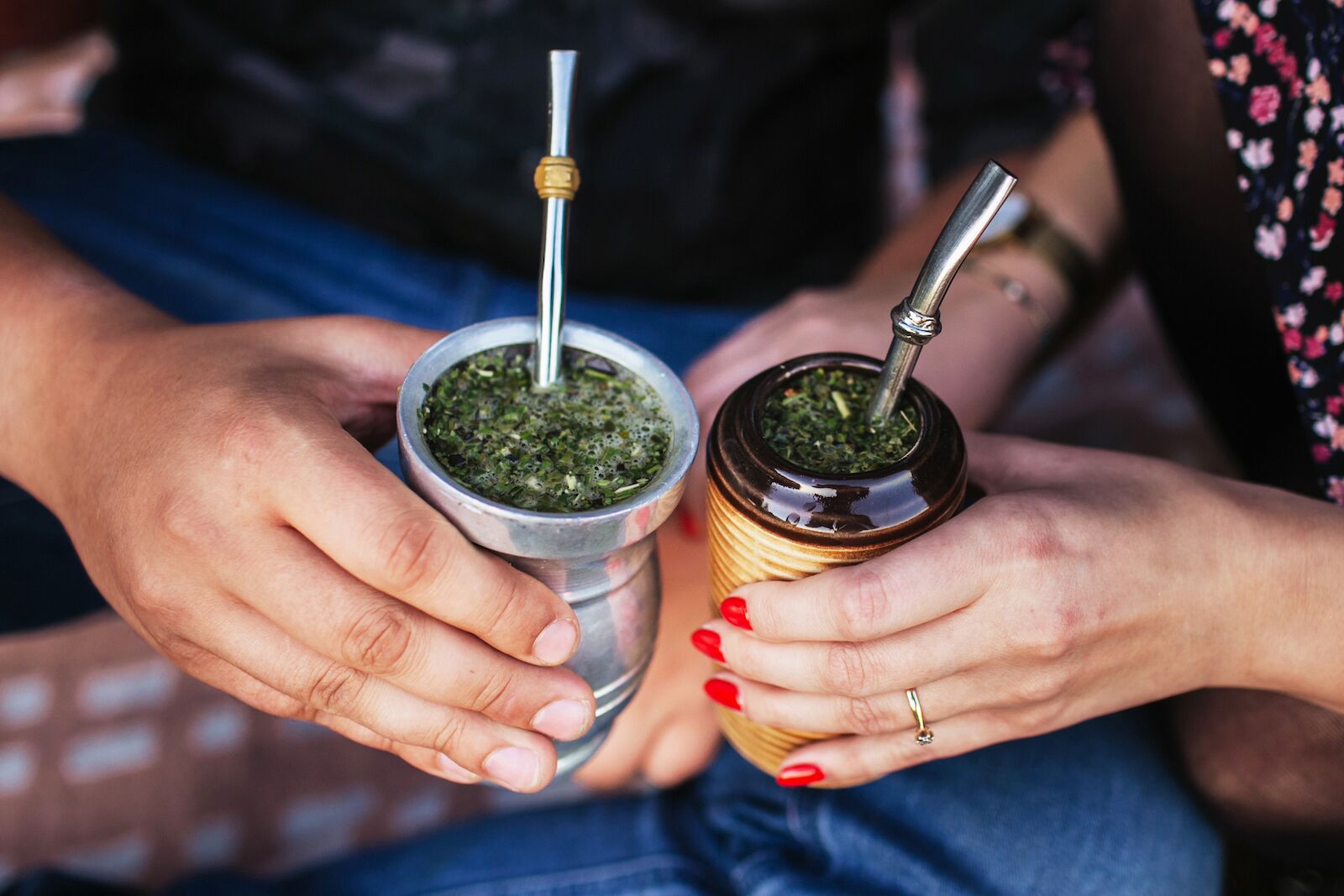 Originally consumed by the Guaraní people — who lived in what is now Paraguay and parts of Brazil, Argentina, Uruguay and Bolivia — yerba mate is a precolonial beverage considered a “gift from the gods” by many South American indigenious peoples. The Guaraní sometimes chewed the leaves, but often placed them in a hollowed out gourd with water and then sipped the beverage through a straw made from bamboo. Today, the proper straw used to drink yerba mate is called a bombilla, and it’s designed to filter the yerba mate leaves as you drink. Mate also refers to the traditional gourd from which the tea is drunk.

Yerba mate leaves can be naturally bitter and earthy, and have naturally high levels of caffeine. The are similar to coffee: increased energy and focus, as well as antioxidants similar to those found in green tea. 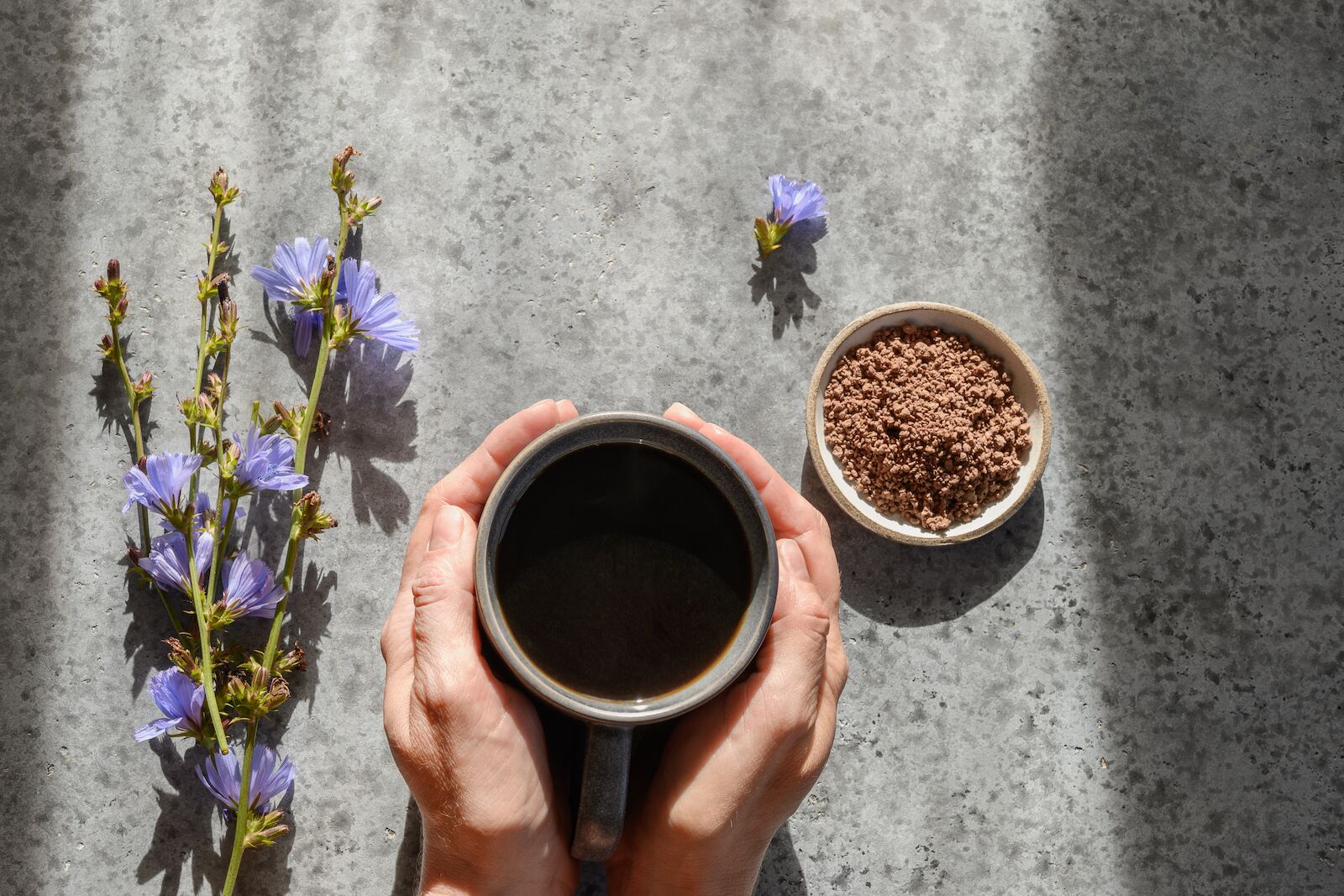 Made from the ground and roasted root of the chicory plant, chicory coffee resembles coffee in flavor and appearance, but contains zero caffeine.

There are several different stories explaining how chicory made its way into a coffee-like beverage: A history of the drink published in 1864 by Peter Lund Simmonds specifies that chicory coffee might have originated in Holland, but that it didn’t become popular until 1801, when it was introduced to France. In the early 1800s, Napoleon blocked British coffee shipments to France, inspiring his coffee-bean-deprived citizens to brew coffee using chicory instead.

It’s that French influence that inspired chicory coffee to take root in Louisiana, where it’s still a widespread and popular beverage today. It took root in Louisiana thanks to another wartime shortage, this time during the American Civil War, according to a history of the drink in Smithsonian Magazine. Today, the iconic Cafe Du Monde still serves chicory coffee with its beignets.

Coffee + TeaThe 5 Major Tea Regions of Asia You Need To Know About
Tagged
Coffee + Tea Wellness
What did you think of this story?
Meh
Good
Awesome