Amsterdam’s coffeeshops have a vaulted reputation. Travelers from around the world come to experience the cannabis-friendly coffeeshops that have made Amsterdam the marijuana capital of Europe. They’ve also, undoubtedly, caused more than a little confusion with people just looking for an espresso (while coffeeshops often have coffee and juice, “cafes” are the cannabis-free places for your caffeine fix). The Netherlands’ Dutch Drug and Coffee Shop Law opened the country up to selling marijuana to anyone over 18 in the 1980s, and there are now coffeeshops in every corner of the city.

Part of the appealing nature is that coffeeshops are where tourists and locals can mingle if you find a spot with the right vibe. But thanks to the sheer ubiquity of coffeeshops, few people — locals or tourists — know the ins and outs of the whole city’s coffeeshop scene. Except for a guy going by the name Captain Hooter.

Over the last 30 years, Captain Hooter has gone to multiple High Times Cannabis Cups back when they were held in Amsterdam. He’s lived in Amsterdam for the past couple years, and to say he knows his way around marijuana and head shops would be putting it lightly. Yet, when one of his friends from Canada was visiting and asked what the best coffeeshop is, he didn’t have an answer.

“He said, ‘Ok dude, you’ve done Cannabis Cups, what’s the best coffeeshop?’” Captain Hooter tells me over the phone from Amsterdam. He hadn’t been to them all, so he couldn’t give an answer in confidence. “I said, ‘No, that’s crazy.’ But then I Googled it. There are 169 coffeeshops, and has anyone been to all of them? No.”

Inspiration struck. He would be the first to test out every single one, and his findings turned into a book, Captain Hooter’s Connoisseur’s Guide to Amsterdam Coffeeshops.

Captain Hooter (not his real name, but he asked to stick with his pseudonym due to current laws) has owned a travel management company with his wife for years. His background is in going to cities around the world and finding the best of the best in each place — the best restaurants, the best hotels, the best everything. The same approach, he figured, could be taken with coffeeshops.

He made a plan to hit five coffeeshops a day, starting from the center of the city and working his way out.

“In the first week, I was ignorant enough to think that I could actually smoke at five coffeeshops in a row,” Captain Hooter says. “And I found out how human I was very quickly.”

He regrouped and decided to tackle it like a wine tasting, or how the Michelin guide tasters judge restaurants. He did five coffeeshops a day, three in the morning and two after lunch, sampling only the most expensive gram or the one that was recommended by the budtenders for five days a week for two-and-a-half months.

Captain Hooter’s book is written the same way that he’d talk to a North American friend to give a recommendation. He lays out the best place to go to and why based on how you’re getting into the city, the type of experience you’re looking to have, and what you should expect when you’re there. “I looked at it like, ‘How are you going to give advice to your friends?’”

Amsterdam’s coffeeshop culture isn’t what it used to be.

“Just before I arrived here four years ago was the last of what I would call the culling of the coffeeshops,” Captain Hooter says. Since 1995, the number of coffeeshops has sunk from around 350 to the 169 that Captain Hooter visited for his book. Some of the ones that didn’t make the cut were large and loved, including one of Captain Hooter’s favorites, The Grasshopper. One of the world’s oldest, Mellow Yellow, shut down on the last day of 2015.

It’s been a big move for a country so well known for its coffeeshops, which are part of what makes Amsterdam such a destination. A report in 2016 found that a quarter of tourists who visit the city plan on stopping by a coffeeshop. A more conservative viewpoint is a major motivation for the closures, as is violence against shops committed by people who want to shut coffeeshops down.

This means if you came to Amsterdam for the coffeeshops in the old days, you’ll notice a marked difference. The city’s coffeeshops are, however, still a draw, and with 169 still in operation, you shouldn’t fret about having a lack of options to visit.

“Depending on how you use transit, you don’t have to rent a car,” Captain Hooter says. The bicycles that locals in Amsterdam are famous for riding everywhere make driving a difficult task for tourists. Instead, Uber or walk to your coffeeshop of choice. “Out of all the coffeeshops, there are some in the suburbs, but the majority are all walkable from inside the central area.”

Where a first-time consumer should go

For someone who is coming to experience cannabis for the first time and arriving by car, Captain Hooter suggests a place called the Stud. “[It has] an outstanding crew and is open early in the morning,” he says. But “if you’re coming a little later in the morning, I’m going to tell you to go to the Original Dampkring,” which has “the single best budtending team of any of the coffeeshops,” he says. “They’re knowledgeable and patient, especially for people who are inexperienced.”

Where an eager, jet-lagged consumer should go

“If you’re a connoisseur and you’re getting right off the plane and hopping in an Uber, I’m going to tell you to go to Superfly.” Captain Hooter says. “It’s the closest place to the airport, literally 10 minutes. It’s not in Amsterdam, but it’s the closest place you can get it going immediately.”

Don’t expect budtenders to wait on you hand and foot. 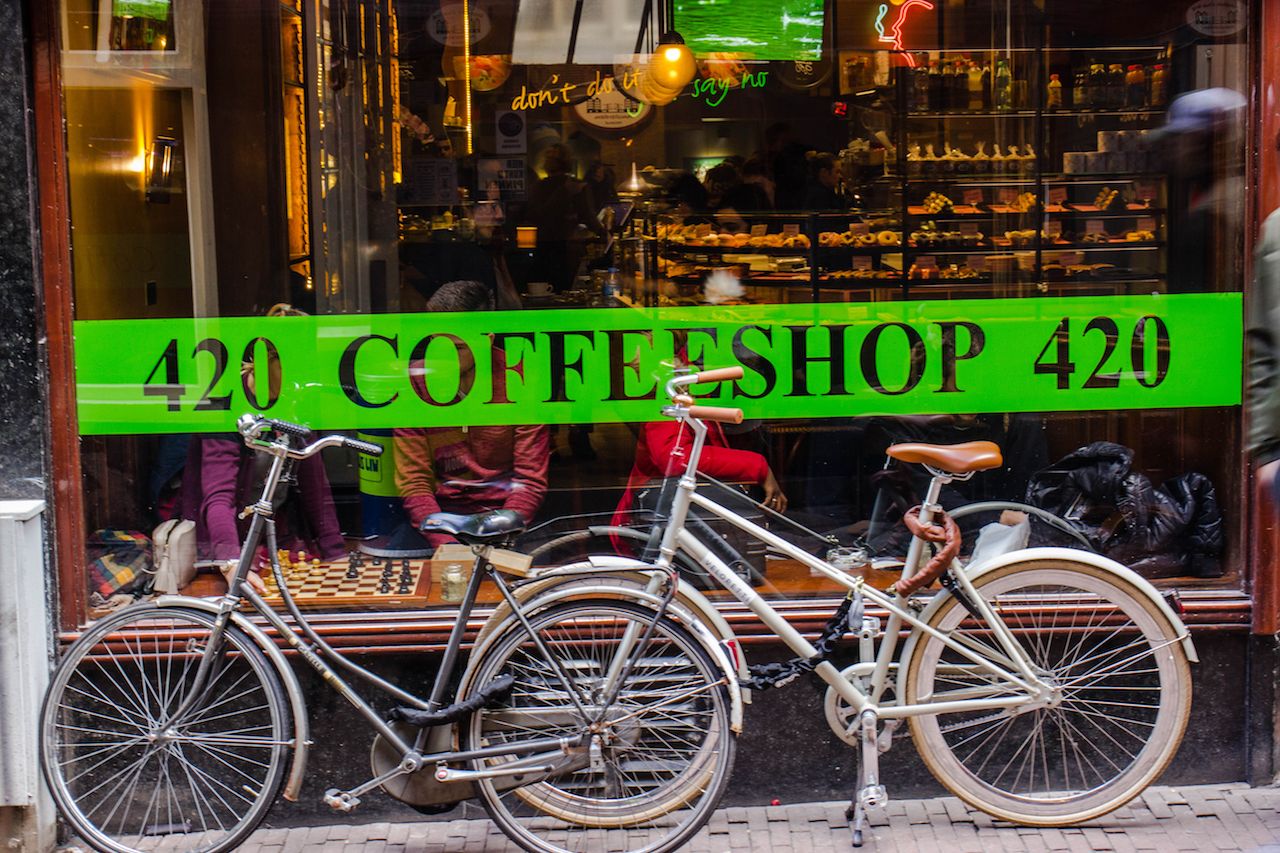 Cannabis legalization in the US has led to a mass of recreational dispensaries eager to educate curious and casual consumers (as well as spread a little knowledge to the smoker who knows a thing or two about cannabis). Amsterdam and its traditional coffeeshops are not like that.

“In California, in the US, in Canada — all the dispensaries are getting new customers and expanding their base and products. Here, it’s exactly the opposite,” Captain Hooter says. He adds that Amsterdam’s coffeeshops know people will come (as evidenced by the sheer number of tourists who say a stop is on their to-do list), so there’s not as much hand holding when it comes to deciding what to purchase. Don’t be surprised if the whole transaction goes by quickly, and definitely don’t take it personally.

“Sometimes success can be your own worst enemy,” Captain Hooter says. “A couple of the larger places have a little bit of a problem with that because there are so many people; however, I’m not going to let that be an excuse for how they treat people or how dirty they are, or how much they touch the cannabis.”

That last part is of particular importance to Captain Hooter. Places that touch cannabis with their bare hands set alarm bells off for him, whereas the best places treat their cannabis like the consumable product that it is. It’s not that the budtenders are trying to be rude or dirty, they’re just trying to pick off the stems and leaves. Still, handsiness is a sanitation quirk that Captain Hooter immediately picks up on and takes note of.

“I make the comparison of cannabis being something consumable like chicken,” he says. “Here, [with cannabis], they say, ‘smell this’ and put it to your face. Imagine if someone grabbed a drumstick or pulled a breast out of a chicken and handed it to you. That was a factor in many of these coffeeshops — some were so handsy with the weed it was a turnoff.”

Each shop has its own plusses and minuses, and there’s enough to say about each one to fill a book (literally, as Captain Hooter’s book shows). If you don’t want to spend your entire trip to Amsterdam searching for exactly what you look for, it’s best to do your research ahead of time rather than simply go to the most crowded one.

Whatever you do, don’t treat Amsterdam like your private playground. 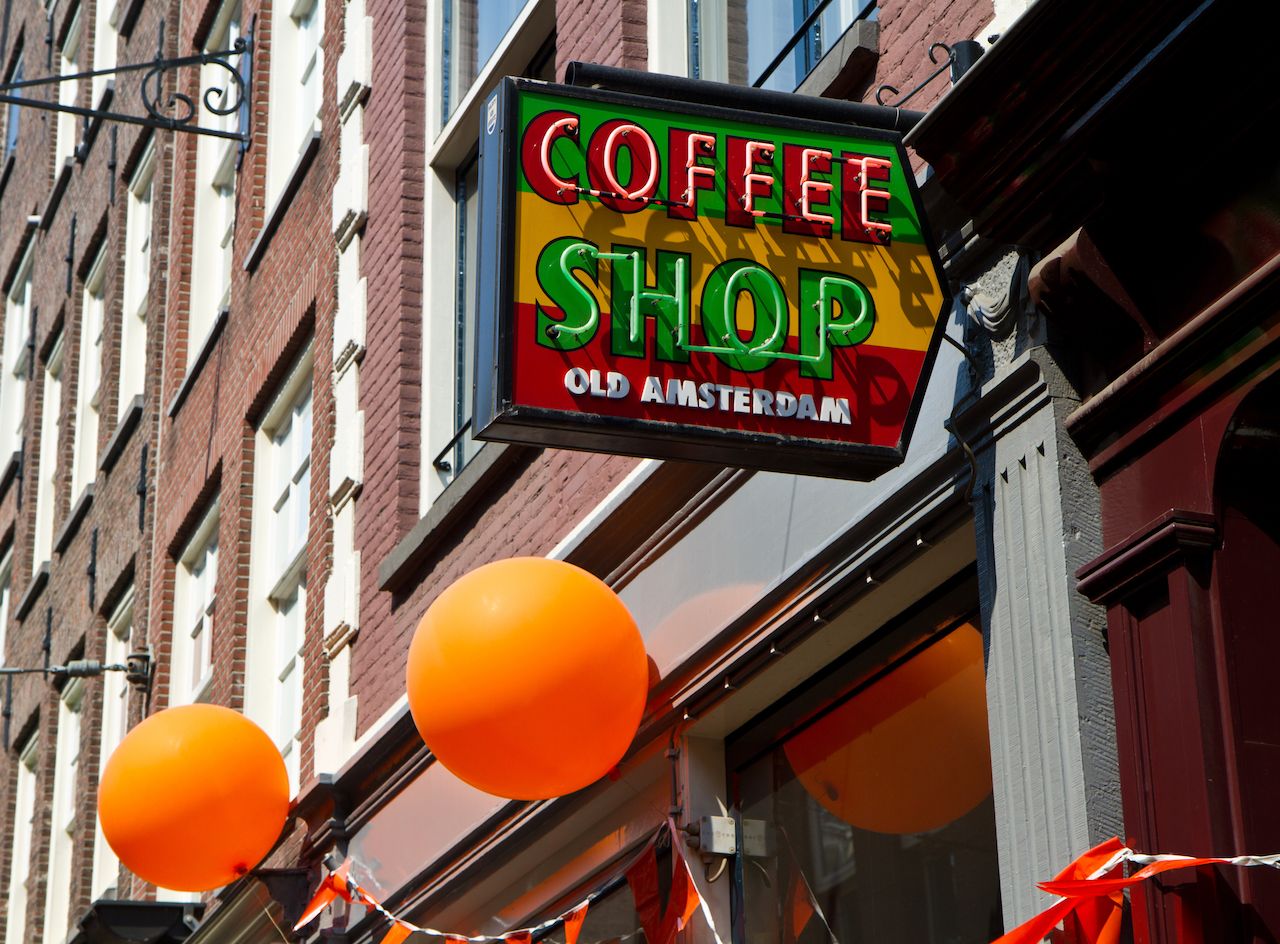 “When people come here, they make the mistake of going to their hotel room to smoke a joint,” Captain Hooter says. “Don’t do that.”

Coffeeshops and private residences are the only places where people can consume cannabis in the Netherlands. Like in legal recreational states in the US, fines and tickets can cost hundreds of dollars if you’re caught smoking in public or in a hotel room that doesn’t allow it.

Captain Hooter admits that he gets a cheap thrill from smoking in places that he’s not supposed to, but there’s still a way to do that respectfully and responsibly. One of those ways is with a Smoke Buddy, which filters your smoke when you blow into it. You can take a hit from a one-hitter like a Sneak a Toke, blow it into the Smoke Buddy, and no one is the wiser.

If you didn’t travel with your own, you can grab one at one of Captain Hooter’s favorite head shops, the Old Man.

For an up-to-date guide on what to buy, look to Captain Hooter’s YouTube.

Prices and availability fluctuate, which is why Captain Hooter started a YouTube channel where he suggests one tried-and-tested strain for the week so people know what’s available that weekend and the cost.

“I don’t care what the strain is, all I’m looking for is the Marylyn Monroe bud that’s beautiful,” Captain Hooter says. Each video is a short and to the point about the bud, the coffeeshop, and why it should be on your radar the weekend you’re in the city. Think of it like a constantly updated buying guide.

If you time it right, go meet the Captain himself. 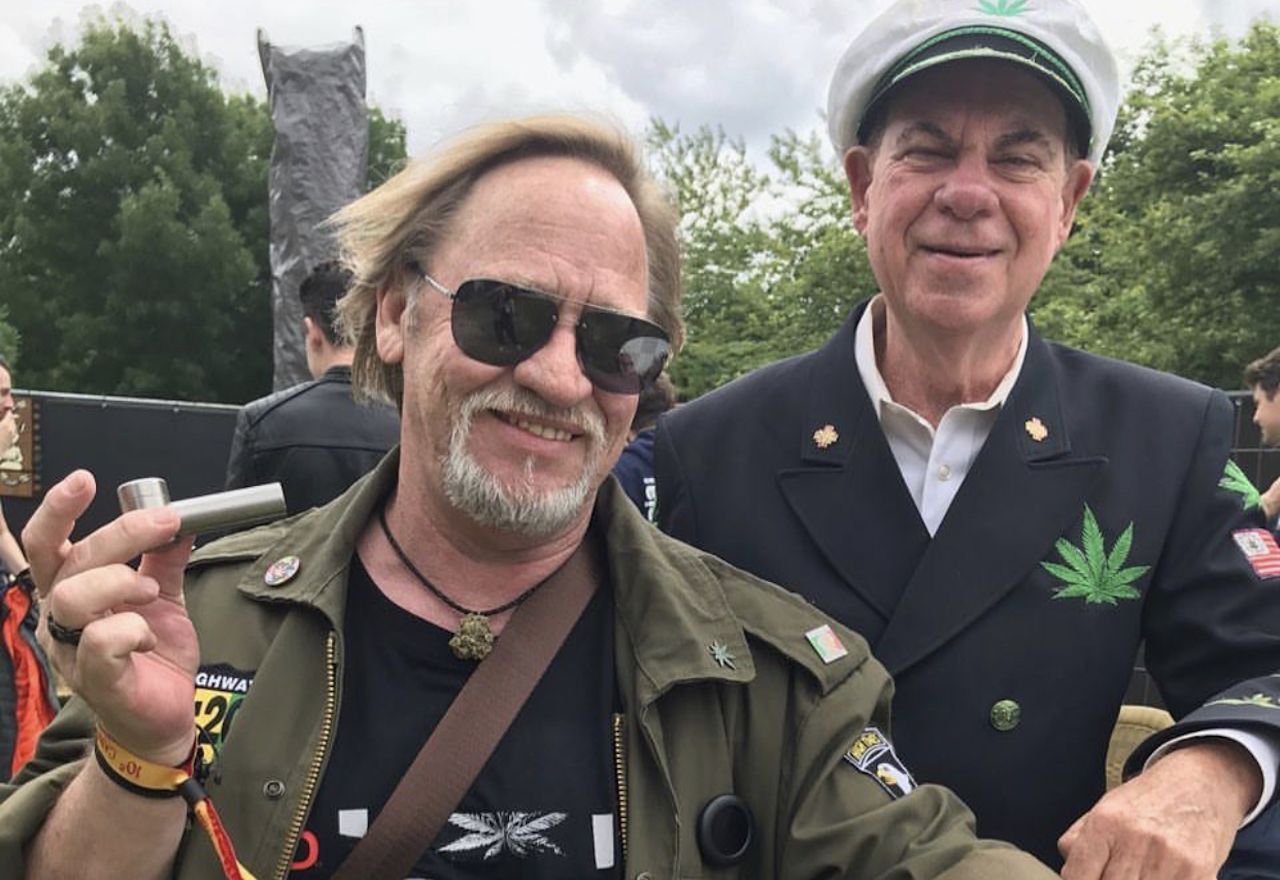 The last chapter of Captain Hooter’s book is about how to meet up with him when you go to Amsterdam. And it’s not just lip service.

“I regularly come out and meet my readers when they come during a weekend,” Captain Hooter says. “I have a chapter about the breakfast of champions, which is at one of the only places in the world where you can smoke a joint, drink a mimosa, eat breakfast, and look at all the tourists. That’s very unique.”

CultureWhat You Should and Shouldn’t Do in Amsterdam’s Red-Light District
Tagged
Cannabis Trip Planning Amsterdam, Netherlands
What did you think of this story?
Meh
Good
Awesome

What Happens When You Accidentally Drive To the Canadian Border With Cannabis
A Handy Guide To Consuming Cannabis in Europe
The Difference Between the Types of Cannabis Edibles You’ll Find in a Dispensary
Everything To Know About Cannabis in South Africa
Everything You Need To Know Before Traveling With CBD and THC, at Home or Abroad