In 2013, Lauren Culley returned to her hometown of Columbus, Ohio, for a visit. At the time, she was managing the kitchen at Blue Bottle coffee shop in New York City after leaving a career in book publishing. She didn’t intend to stick around Columbus for long, and she certainly didn’t intend to move back. But when she got there, she found a city she hardly recognized.

“The city felt different. It looked different,” Culley says. “There was a momentum to the city that you could see and feel. It’s developing everywhere. There were young people. Neighborhoods were popping up that didn’t exist when I was [growing up] here. There was electricity to it.” 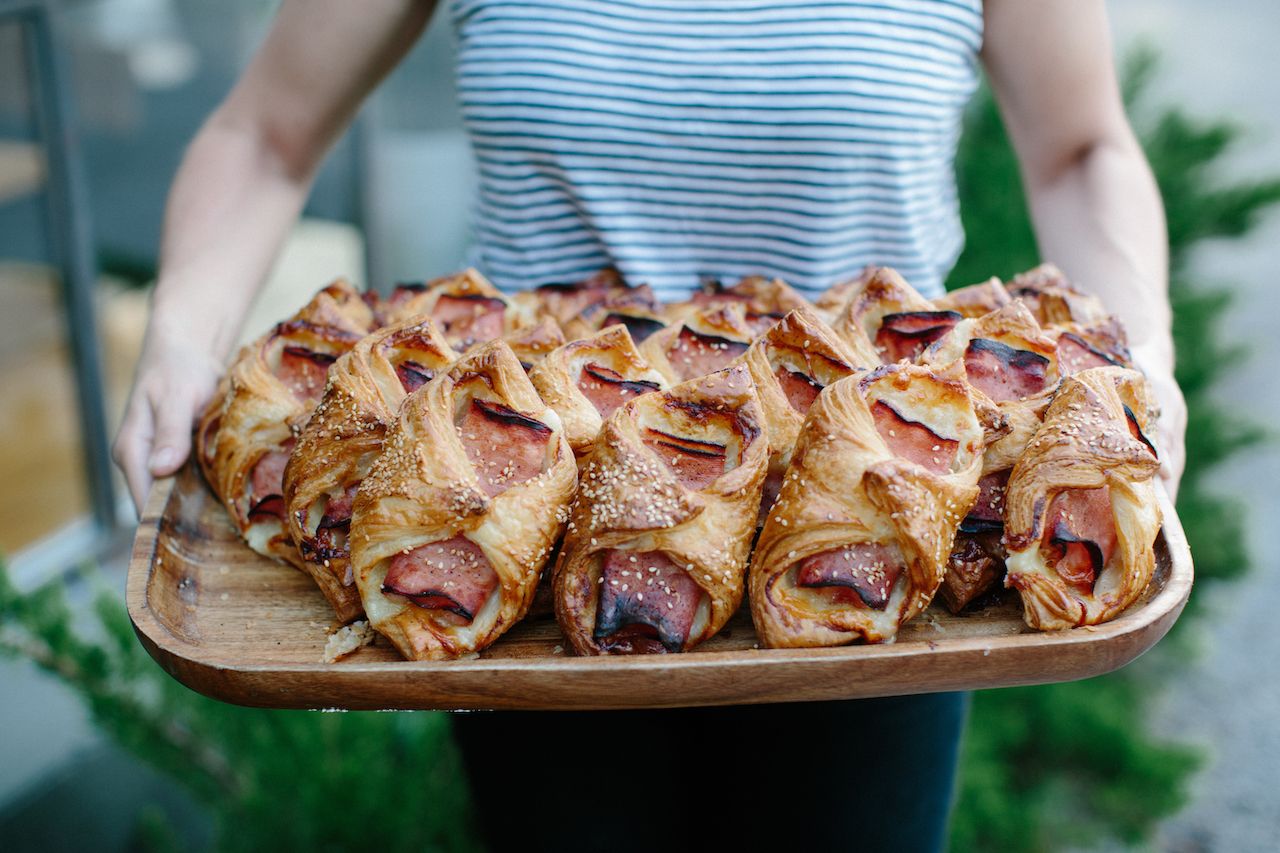 Culley saw an opportunity in Columbus that she instinctively felt would be fleeting. She appealed to her husband Jeff, the front of the house manager at Blue Bottle’s flagship location: If they wanted to open their own coffee shop, this was their chance. Once again, Culley found herself changing careers. The pair uprooted their lives in Brooklyn and moved back to Columbus. In 2015, they opened the first location of Fox in the Snow.

Since then, Culley has opened two more locations of Fox in the Snow. Her success is emblematic of Columbus’s astonishing growth. Discussions of the best food cities in the Midwest have inevitably and deservedly centered on Chicago and Kansas City. Within the state lines of Ohio, Cincinnati and Cleveland are likely to come up before the conversation lands on Columbus. But all that, it seems, is poised to change.

“Columbus is a vibrant, young, growing city,” says Tyler Minnis, chef at The Market Italian Village, a hybrid restaurant and bottle shop. “Cincinnati and Cleveland have gotten their stuff together quicker than us, but we’re catching up. They’ve had the magnifying glass on them more so, but I think we’re ready to get that attention and praise.”

Like Culley, Minnis grew up in Columbus but left Ohio for school. He attended culinary school at the Art Institute of Portland, in Oregon, where he became enamored with seasonal and regional cooking. He returned to Columbus to reunite with his loved ones, but in the back of his mind, the dream of opening his own restaurant lingered. But setting Columbus apart from the abundant Pacific Northwest turned out to be a challenge. 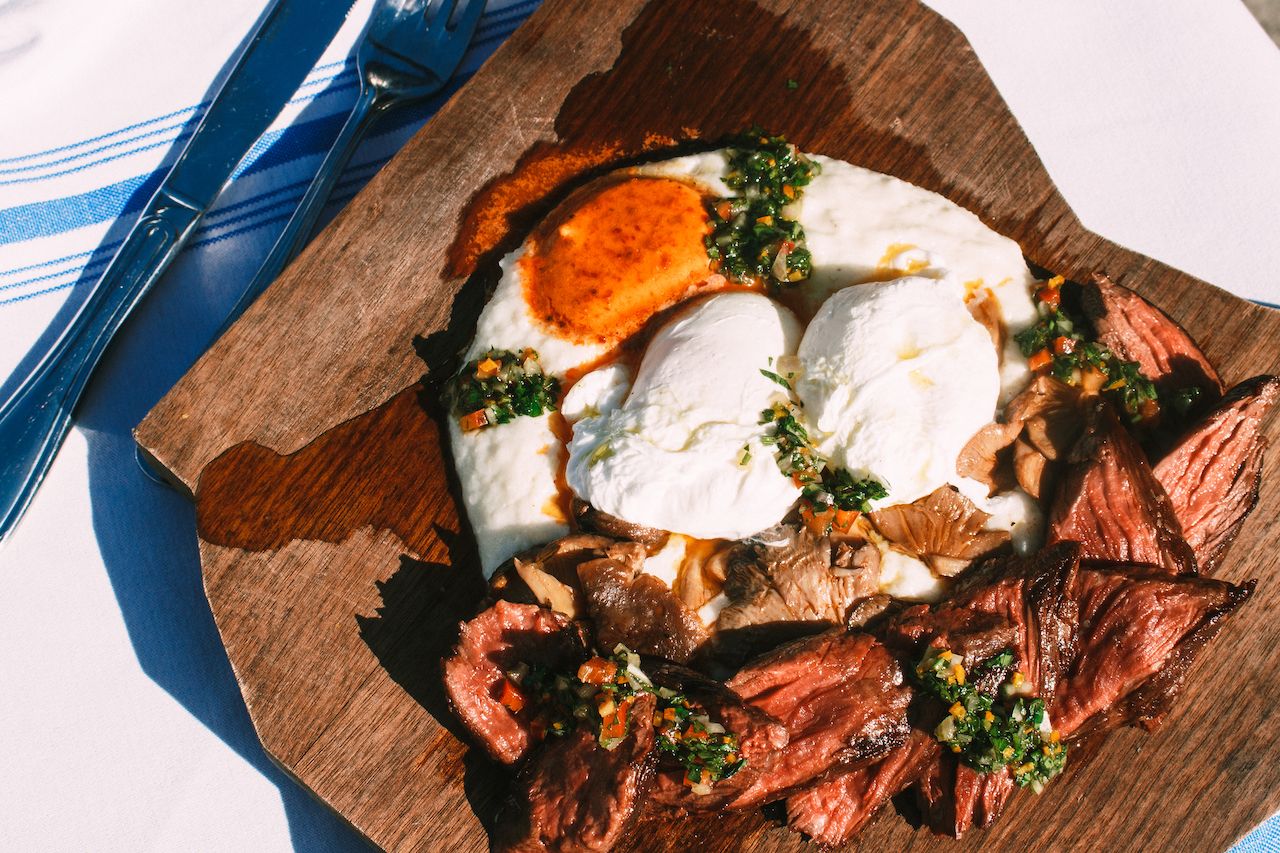 In order to make his menu at The Market Italian Village feel more regional, Minnis dips into his own family recipes and digs through old Midwest cookbooks, including those written by women he calls “church ladies” — collections of recipes put together by church congregations. He also works with local farmers to source chicken, duck, cheese, squash, and his favorite, tomatoes.

“I just don’t work with local stuff just to be local,” he says. “I would gladly ship from somewhere else. We’re just lucky enough that we have really good farmers.”

The still-burgeoning restaurant scene in Columbus allows for experimentation — and Minnis is all about throwing ideas at the wall and seeing which ones stick. He’s hosted a dinner pairing Champagne and French fries with an array of dipping sauces, which proved so popular that he’s already scheduled three more nights. The restaurant also hosts No Menu Mondays, during which the regular menu is replaced with off-the-cuff dishes made with whatever ingredients the kitchen staff has on hand. He’s even opened what he calls a “chef’s tasting counter,” where guests can sit down and chat with Minnis about their tastes and appetite and he’ll customize a tasting menu featuring as many as seven courses (the experience costs between $50-60 per person).

Even though experimenting with menus and highlighting local produce isn’t a new idea, Columbus’s explosive growth — 100 new restaurants opened in the city in 2019, and the downtown area is currently in the midst of a $450 million expansion — provides the ideal backdrop for experimentation. Minnis is free to mold and remold what a fine-dining experience can look like.

In the midst of all that playful energy, there is consistency at work in Columbus, too. Culley and her husband opened Fox in the Snow on a shoestring budget in Italian Village (the same neighborhood where The Market is located). Culley had no formal culinary training. And yet their model, which they have stuck to through the years, has worked: The food is rustic yet elevated and all made in house from scratch (buttermilk biscuits topped with jam and cinnamon rolls with cream cheese icing, for instance). The minimalist decor — white tile walls, warm lighting, unfinished floors, and lush green plants for decoration — is chic and inviting. 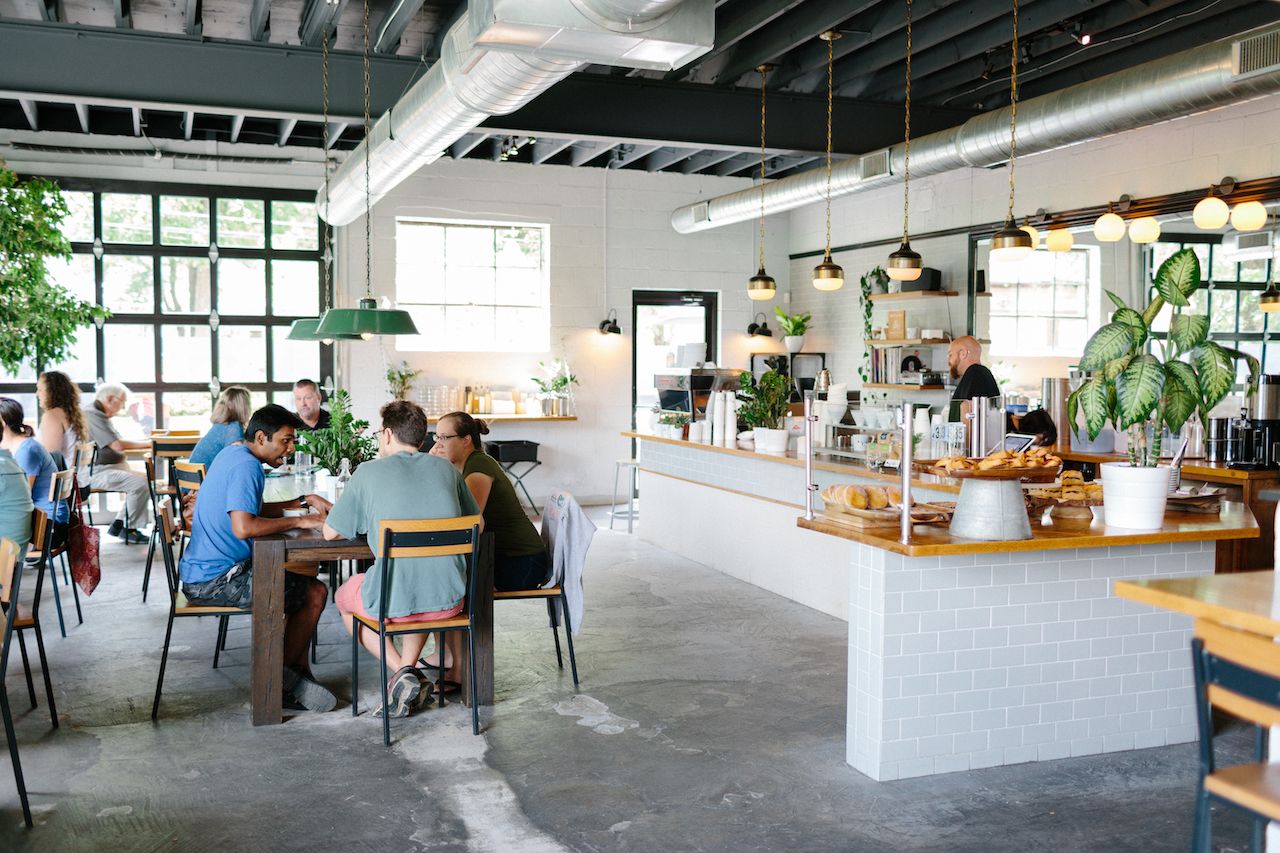 “We didn’t have the money to overdesign that shop, so a lot of the minimalism of that space came from necessity,” she says. “The joke between me and Jeff is that’s the only time that being broke was wonderful.”

Culley admits that they were emulating the coffee shops that they frequented in New York, but it’s undeniable that the design style has grown in popularity in the five years since Fox in the Snow opened. That’s not to say that Columbus is simply playing catch up with the rest of the country. Columbus has its own distinct — if not yet fully formed — voice and perspective.

“When people think of food from the midwest, they think of bread, potatoes, hearty meat, and corn, and that’s not necessarily true anymore,” Culley says. “That’s an antiquated idea of these cities. There are people who are transplants who are bringing their ideas here and then people like me who are from the Midwest and are familiar with the food here. So you have those two groups of people who are creating this new palate.”

Columbus’s culinary identity is still a work in progress. Avishar Barua, widely considered one of the city’s top culinary talents, worked for celebrity chefs at both wd-50 and Mission Chinese in New York City. Like Culley and Minnis, Barua eventually felt compelled to return to Columbus to launch a culinary career on his own terms. Barua has been running the kitchen at Service Bar for five years. He sees a lot of “potential” in his hometown, but he also is careful to add that as Columbus still feels as though it’s in its adolescence.

“It’s like we have all the stars, but they’re not yet connected. We’re not a constellation yet,” he says. “We have all these bright shining things in different places.”

All the new restaurants popping up in Columbus signal that the city is growing in all directions. More immigrants from places like Somalia and Bhutan are moving to Columbus, as well as people seeking a lower cost of living (the average rent for a two-bedroom apartment is $1,066) and jobs at corporations like Victoria’s Secret, which has its headquarters in Columbus. Culley says she notices new neighborhoods popping up that weren’t there before, and that it’s difficult to even find real estate if you want to open a business because all the buildings are being snapped up fast. And as the population booms, tastes are growing more open-minded.

“Twenty years ago you couldn’t sell sushi in Columbus. It was impossible,” Barua, who is Bengali-American, says. “I can serve something in the restaurant that I grew up eating, and not only will people eat it, they will love it. Twenty years ago they would have been like, that smells weird.”

Barua does offer a quick caveat, however: Columbus has always been, at its core, an accepting and supportive city in other ways. After all, he says, it unreservedly embraced his parents after they immigrated from Bangladesh. That attitude has allowed Columbus to nurture not just an experimental and trendy restaurant scene, but one that is diverse and bold.

One of the city’s greatest strengths, according to Barua, is that it allows chefs (like Minnis) “flexibility and freedom.” There’s less pressure to open a cookie-cutter barbecue or American restaurant. There are Somali and Sichuan restaurants in Columbus. Barua can still recall a time when people would tell him to go “literally anywhere but Columbus” to pursue a career as a chef. Now, he can honestly say had he’s better Vietnamese food in Columbus than in New York City.

Columbus has a bright, if uncertain, future. A tougher challenge is on the horizon for a restaurant scene that has shown so much promise: Keep up the momentum; keep experimenting; keep embracing diverse, global cuisine.

“It really does feel like there is a bit of a boom happening,” Culley says. “What sort of happens from that boom — I guess we’ll see.”

CultureIt’s Time To Treat Columbus, Ohio, Like the Cultural Center It Is
Tagged
Restaurants + Bars Columbus, OH, United States
What did you think of this story?
Meh
Good
Awesome

How To Make the Most of Your One-Day Visit To COSI in Columbus, Ohio

It's Time To Treat Columbus, Ohio, Like the Cultural Center It Is

16 Signs You're Back Home in Columbus, Ohio

10 Signs You Were Born and Raised in Columbus, Ohio