“Remember, remember the 5th of November, gunpowder, treason, and plot!” The old adage refers to the celebration known in the UK as Guy Fawkes Night or Bonfire Night. On November 5th, all over the country, great bonfires are lit, fireworks are set off, and straw-stuffed effigies are burnt. But what do these celebrations that now involve children’s rides, street food stalls, and laser displays have to do with a dramatic plot against the King of England, and a man called Guy Fawkes?

On November 5th, 1605, a terrorist plot was foiled in London. Guy Fawkes, along with 12 other young men, were stopped from blowing up the Houses of Parliament. Their motivation was religion; Catholics were persecuted by the government, and thus they wanted to retaliate by killing the King, James I. Yet on the night of the 5th, some of the plotters got cold feet. Early that morning, the King’s forces found the stash of gunpowder barrels underneath Parliament, along with a shifty Guy Fawkes. Fawkes was tortured and executed for treason.

But while the bonfires and burning effigies of November 5th are historically commemorating the safety of the King, Fawkes himself is in some ways a venerated rebel, and thus Bonfire Night seems more of a celebration of his stand against an oppressive government. Regardless of the motivation, Guy Fawkes Night parties around the UK are not to be missed. Prepare for pyromania — fire spinners, burning barrels, torchlit processions, fancy dress — as well as famous music and theatre acts, food stalls, and funfairs. 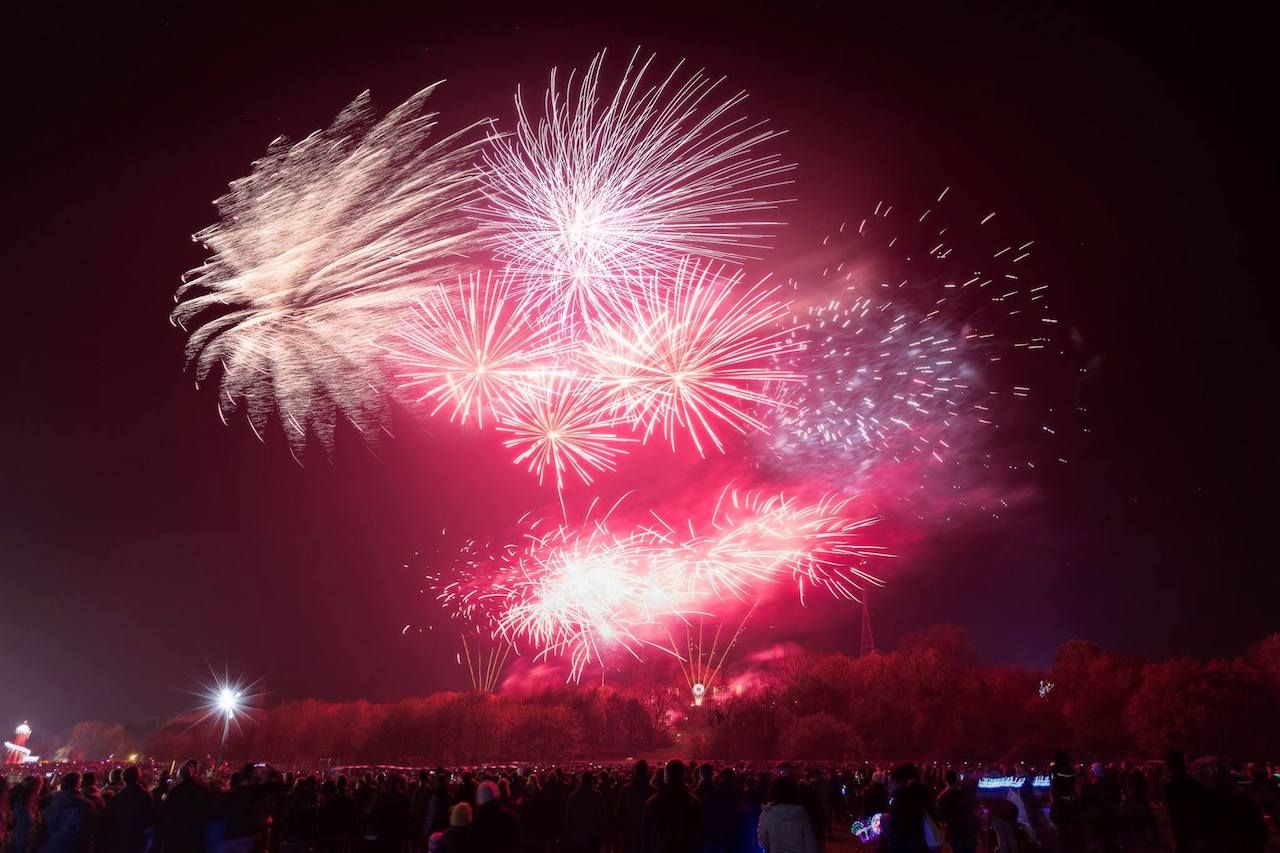 Alexandra Palace Fireworks Festival is one of the most popular Bonfire Night events in the UK, with a pyrotechnic extravaganza lasting for over two days. The fireworks will light up the sky to the soundtrack of Fatboy Slim DJing, accompanied by a giant bonfire, a laser show, and a funfair. And although it’s no longer October, there’s also a German beer festival thrown in for good measure.

Records of a bonfire celebration in the town of Battle go, quite incredibly, all the way back to 1646. Now there are over 30 “bonfire societies,” including one called Battel Bonfire Boyes. Each have a different traditional costume, and lead the torchlit procession through the town. The classic costume is that of the Anglo-Saxon, but expect matadors, cowboys, clowns, and ancient Egyptians too. A bonfire and fireworks follow, as well as the burning of an effigy, which in past years has included David Cameron in a camper van, Olaf from Frozen, and a personification of swine flu. 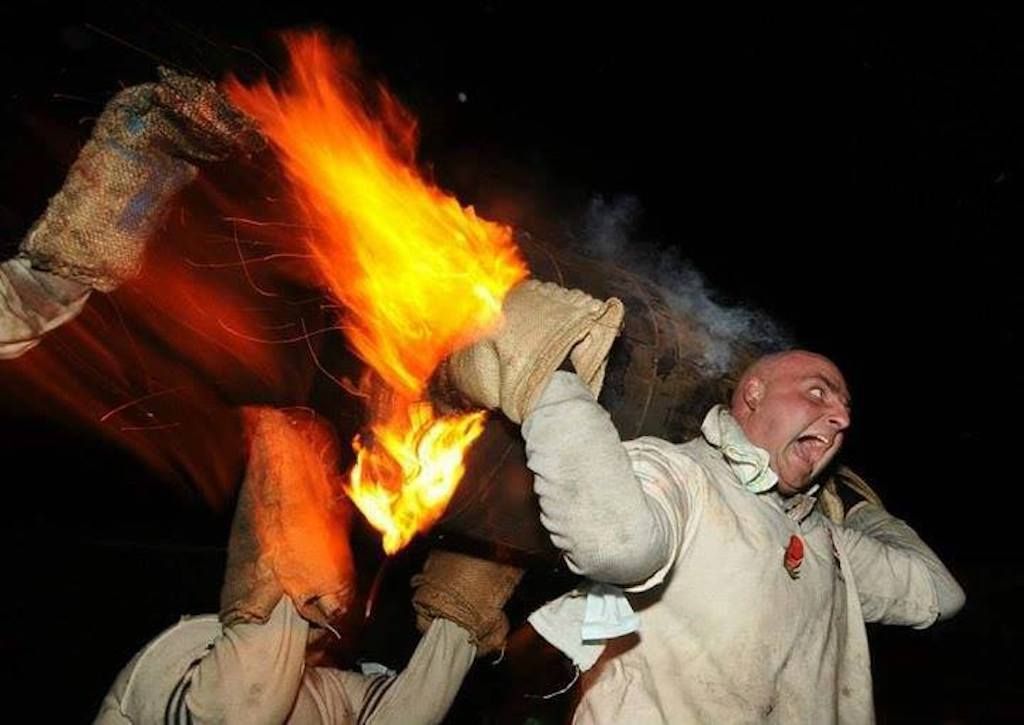 Locals in Devon have their own unique Bonfire Night tradition. The tar barrel rolling at Ottery St Mary is gleefully defiant of health and safety, with flaming barrels of tar hoisted onto the backs of locals and hauled through the streets. Seventeen barrels are carried in total, which gradually increase in size until midnight, with the last one weighing at least 30 kilograms. There’s also a towering bonfire, fireworks, and a funfair. 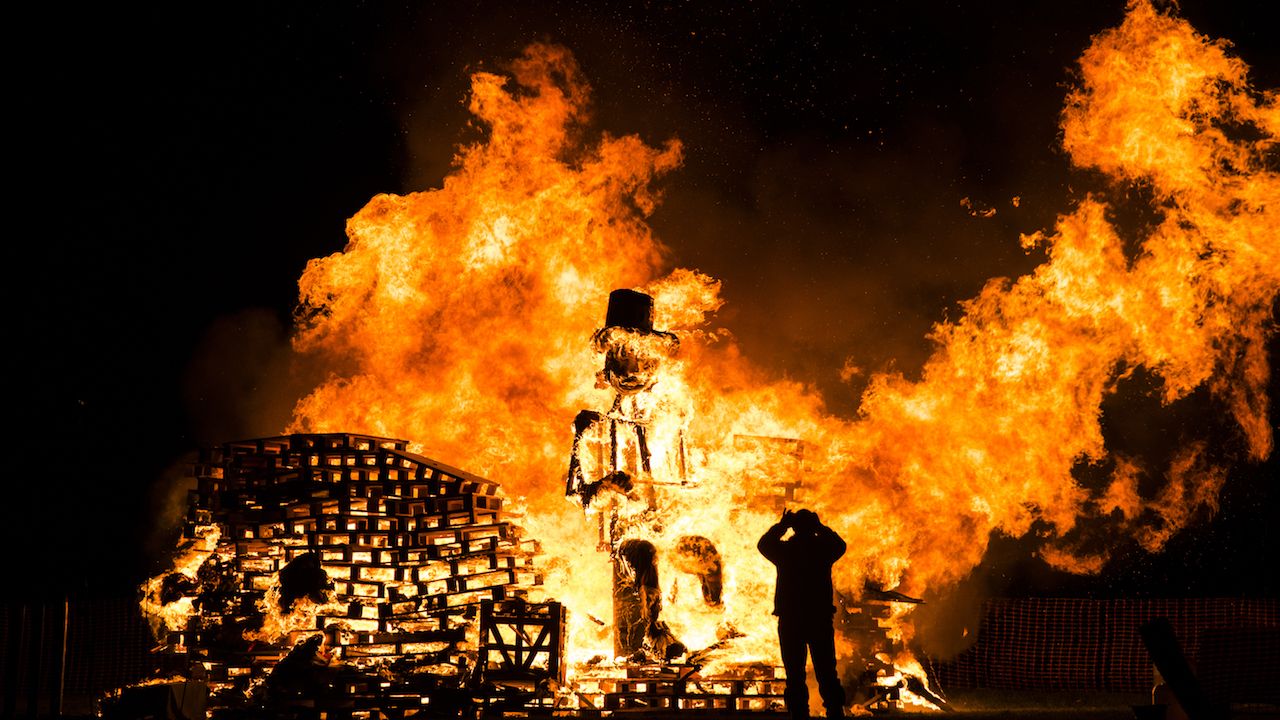 Ever wanted to burn the effigy of a much-hated politician or celebrity? Lewes bonfire night celebrations are famous for their topical, often politically-charged effigies such as David Cameron with a pig or Sepp Blatter, created by six local bonfire societies. In fact, there isn’t just one celebration here. The six societies have their own processions, traditions, costumes, and fires, and are then joined by around 30 visiting societies with several marching bands. In case that wasn’t enough, there is also the eerie procession of 17 burning crosses to commemorate the 17 martyrs burnt at the stake in Lewes in the mid-1500s.

5. Light Up the Night — Wembley Park 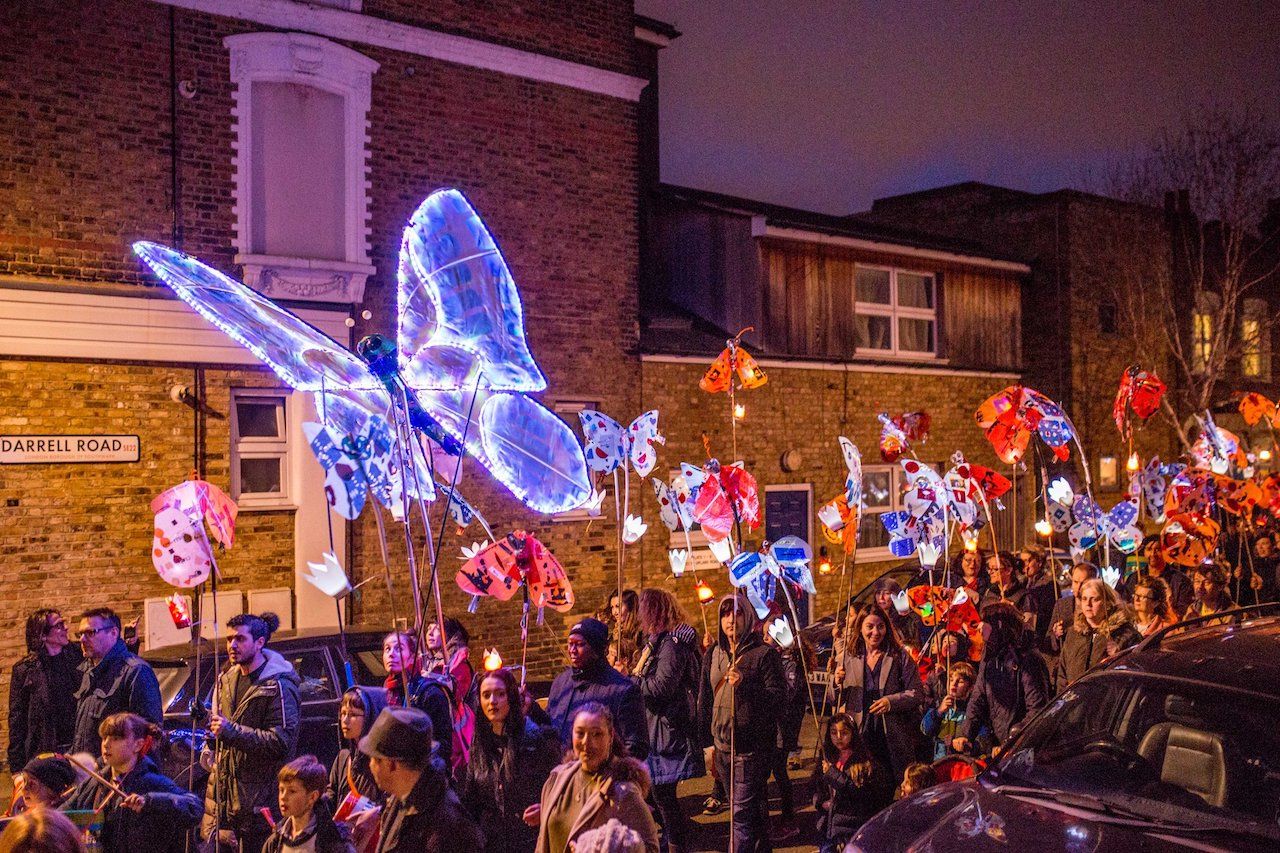 There’s an unusual twist to Wembley Park’s celebrations this year, as the festival is combining Bonfire Night with Diwali for a spectacular celebration of light. There’s a fire laboratory, light parade, and a fireworks display, but also Indian street food, a Rangoli art exhibition and, something that should become a staple at all bonfire celebrations, a Bollywood Brass Band! But for fear of these celebrations being too mundane, organizers have also included a giant mechanical Bollywood elephant. 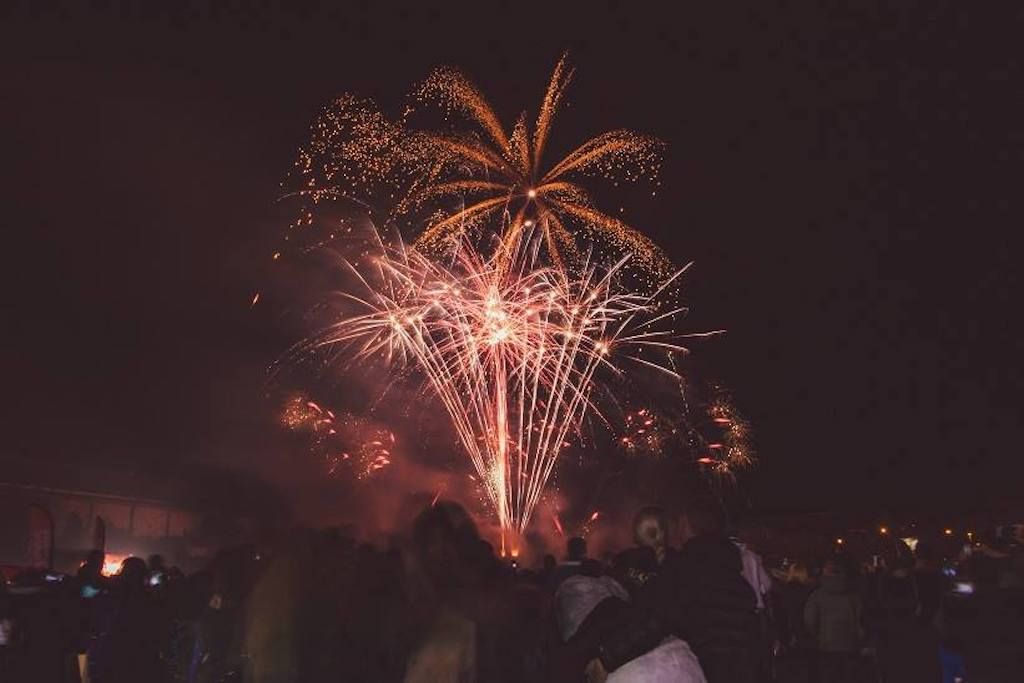 This is Yorkshire’s biggest bonfire event, attracting up to 20,000 visitors. It features street food stalls, fire spinning, and a giant bonfire. At 9:00 PM the sky lights up with a magnificent fireworks display set to music. The live band is kept a secret until the last minute, though it will be difficult to top the aptly named Blazin Squad or Girls Aloud who headlined in the past. 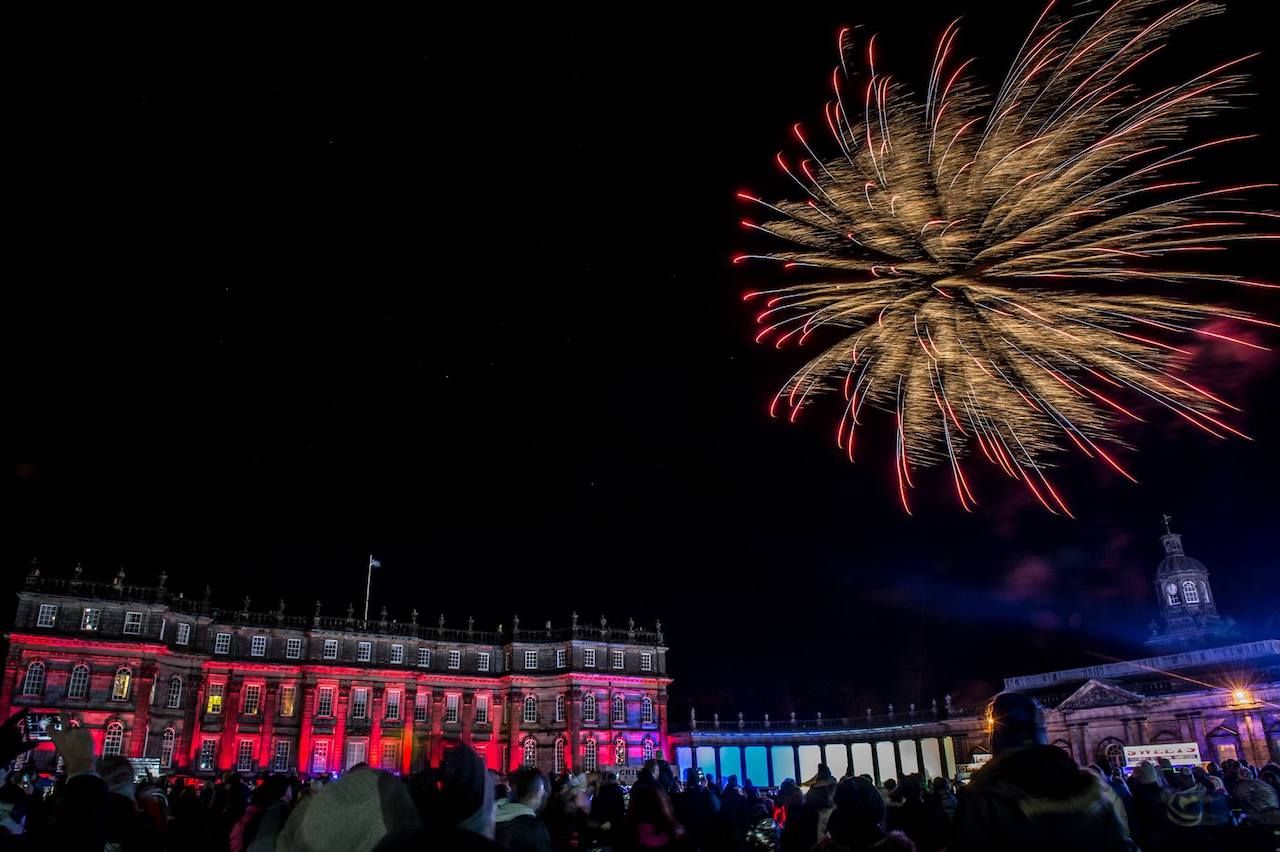 Self-proclaimed to be the “Greatest Fireworks Show on Earth,” Hopetoun House hopes to dazzle with this year’s fireworks display choreographed by award-winning 21CC Fireworks. There will also be circus-themed entertainment, food and drinks, and a bonfire. What’s more, the whole event takes place with one of Scotland’s most beautiful country houses as a backdrop. Be prepared for a very refined celebration. 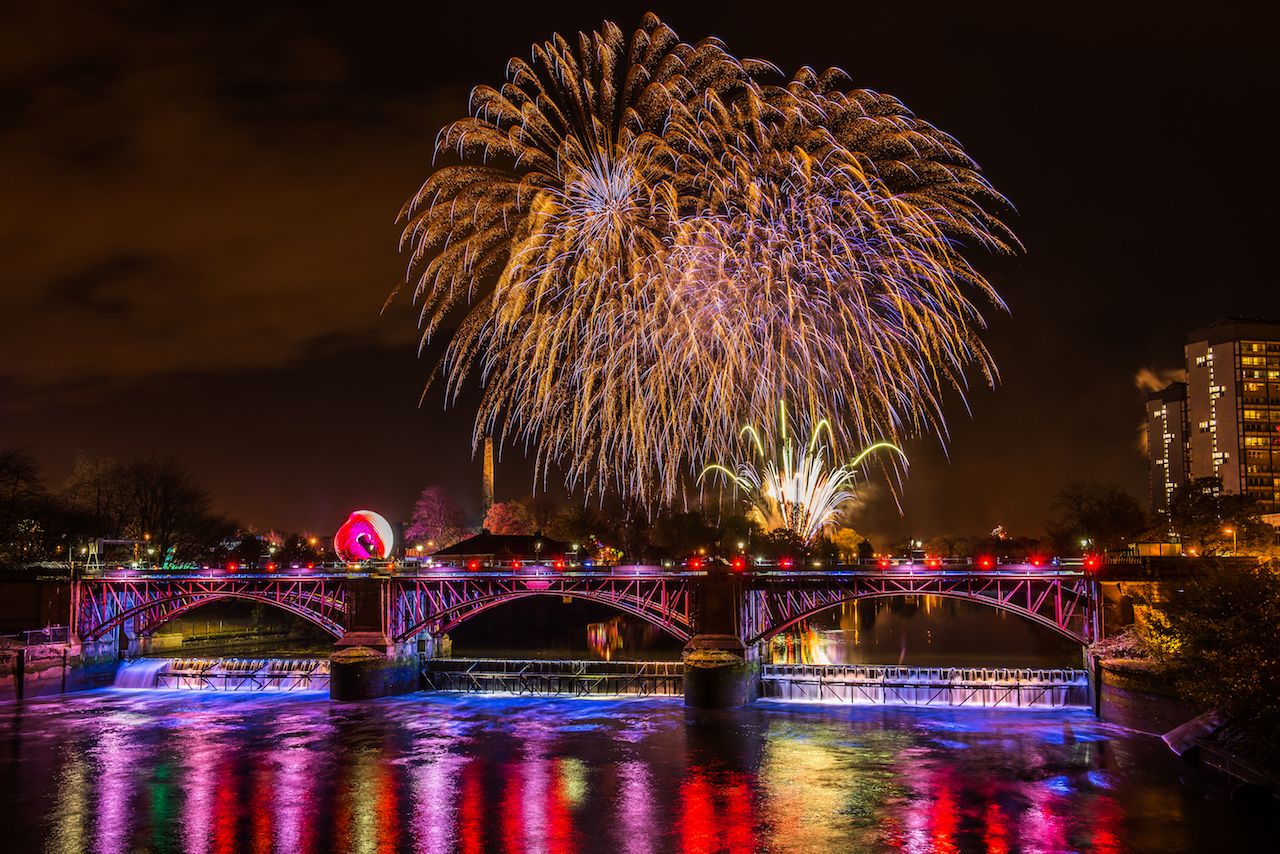 The fireworks at Glasgow Green are the biggest fireworks display in Scotland, and the event is free. It might stick to the traditional format of food stalls, funfairs, and fireworks, but the staggering pyrotechnic display is at the top of its game. The spectacular explosions are set to the backdrop of the beautiful Winter Gardens and People’s Palace. 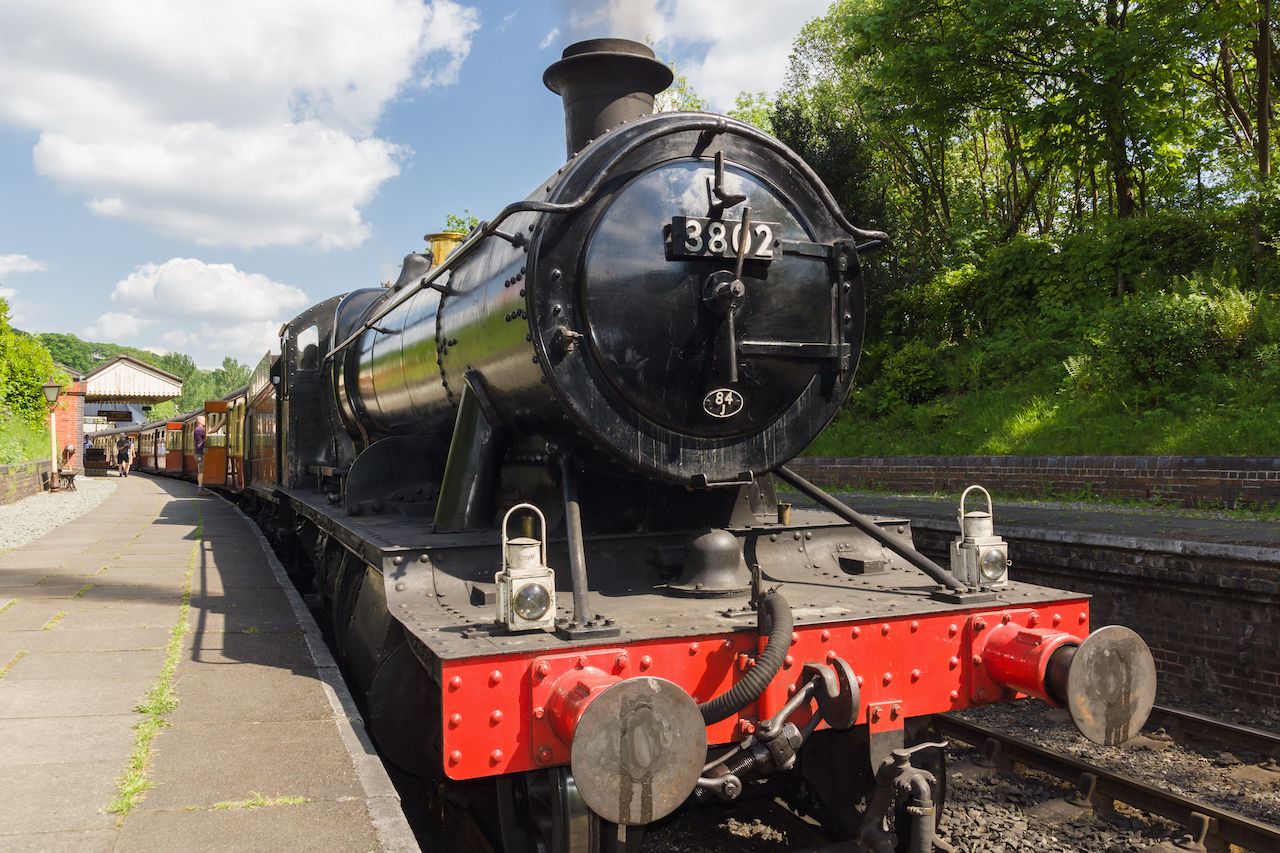 And finally, for all those who, like me, suffer in the cold and wish there was a Guy Fawkes Night celebration conducted indoors, this is for you. Hop aboard the Rocket Firework Train, a gleaming vintage steam train, and spend an evening enjoying onboard refreshments as it puffs along the scenic Llangollen Railway line in Wales. On arrival at Glyndyfrdwy Station, you can purchase hot drinks to enjoy while watching an unforgettable fireworks display, all while avoiding muddy shoes and frozen toes.

FestivalsThe Most Amazing Diwali Celebrations Around the World
Tagged
Festivals Holidays Insider Guides United Kingdom
What did you think of this story?
Meh
Good
Awesome