2020 was disappointing on many fronts, but the pandemic had nothing on the creativity of architects and their ability to bring grandiose and innovative projects to life. From terrifying pedestrian bridges to very unusual public bathrooms to spiral shaped museums, 2020 was filled with crazy architecture projects that challenged conventional aesthetics, added a touch of much-needed fun and fantasy to our daily lives, and produced rushes of adrenaline on par with the best amusement park attractions. Here’s a look back at the coolest architecture projects from around the world that were completed in 2020, and here’s to hoping we’ll all be able to check them out in person in the near future. 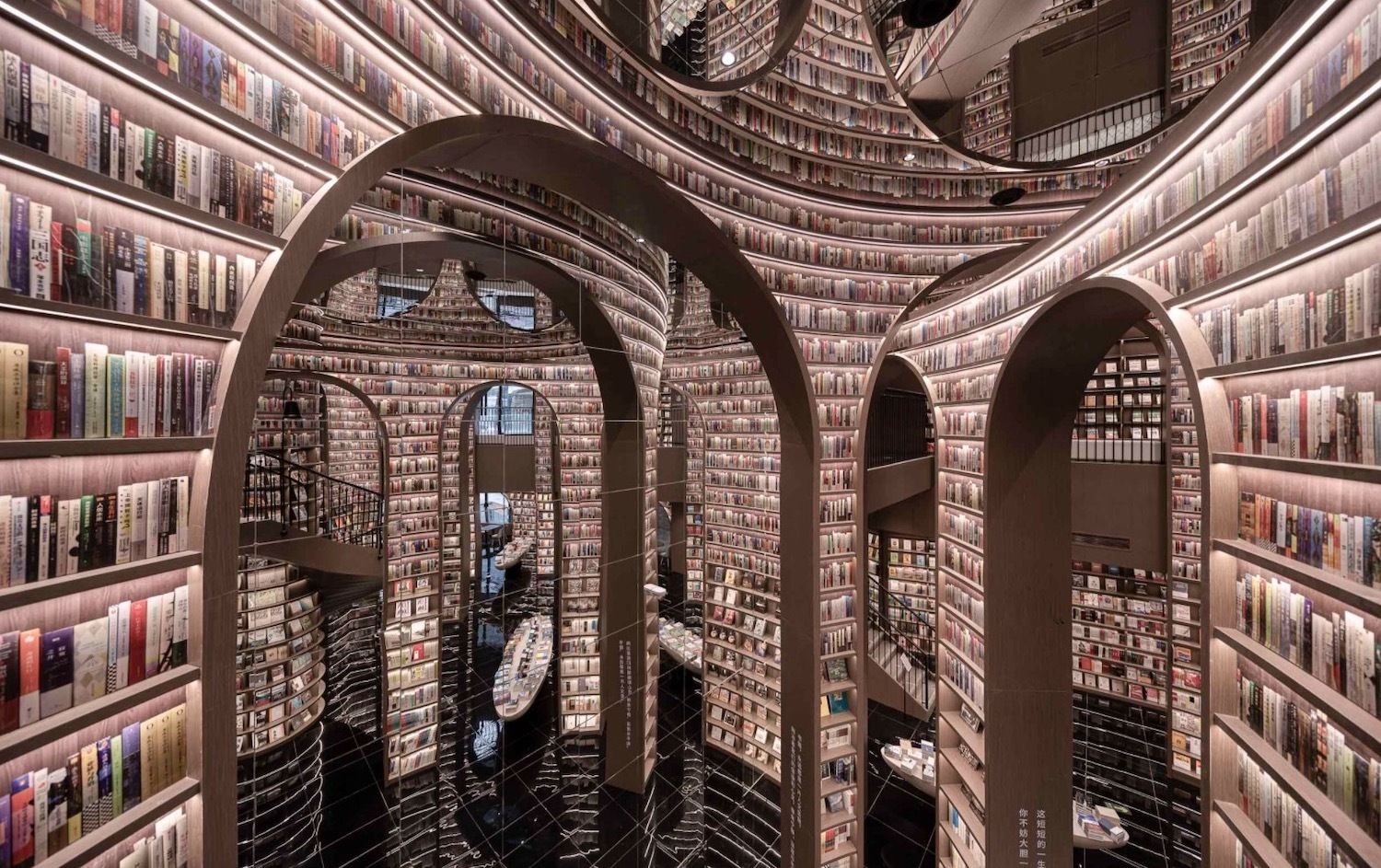 Many like to think that Amazon made bookstores obsolete and that soon enough they will all disappear. But if all local bookstores looked anything like Dujiangyan Zhongshuge bookstore in Chengdu, China, people would drop online book shopping forever.

Designed by Shanghai architecture firm X+Living, this 10,475-square-foot bookstore looks more like a church than a shop. It features an immense curved staircase built around a large, floor-to-ceiling column-cum-bookshelf; grand arches; and rounded walls covered in towering shelves, all of which seem covered in books. To give the illusion of a vast space and an infinite amount of books, the architect used mirrors on the ceiling and shiny black tiles on the floor, creating stunning reflections. However, what looks like thousands of books on the inaccessible top shelves is not only the result of an optical illusion, but also strategically placed wallpaper. The curvaceous walls and reading areas provide a sense of privacy so you can feel cozy despite the imposing and opulent structure while browsing the 80,000 volumes in the store.

2. The longest pedestrian suspension bridge in the world — Arouca, Portugal 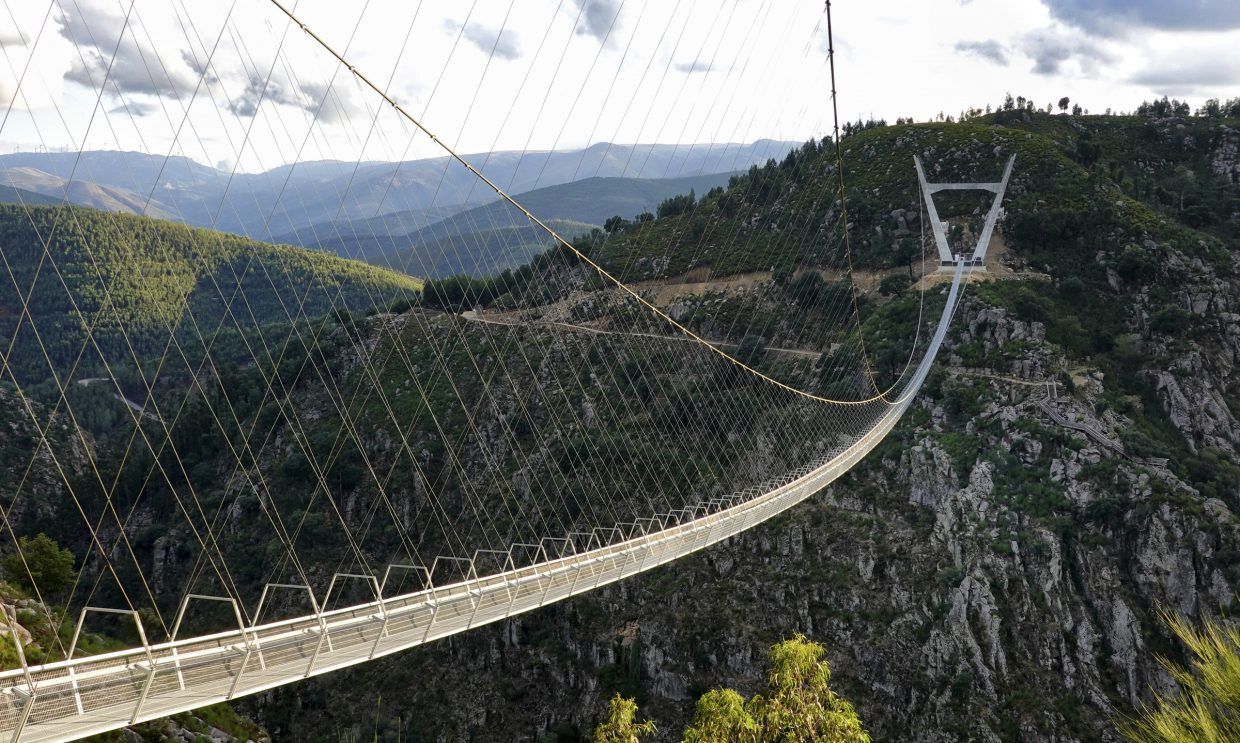 If you thought glass-bottom bridges were the most terrifying dangling structures, you clearly have not seen Arouca 516, the longest pedestrian suspension bridge in the world. Although it isn’t made of glass, Arouca 516 has a see-through deck made of open metal grid so you can admire the Paiva River Canyon — if you dare to look down.

The 1,692-foot-long and 574-feet-tall bridge takes 10 minutes to cross. It’s located fewer than 40 miles southeast of Porto, and although it was completed in 2020, the bridge is not open just yet. It’s scheduled to open to the public in 2021. 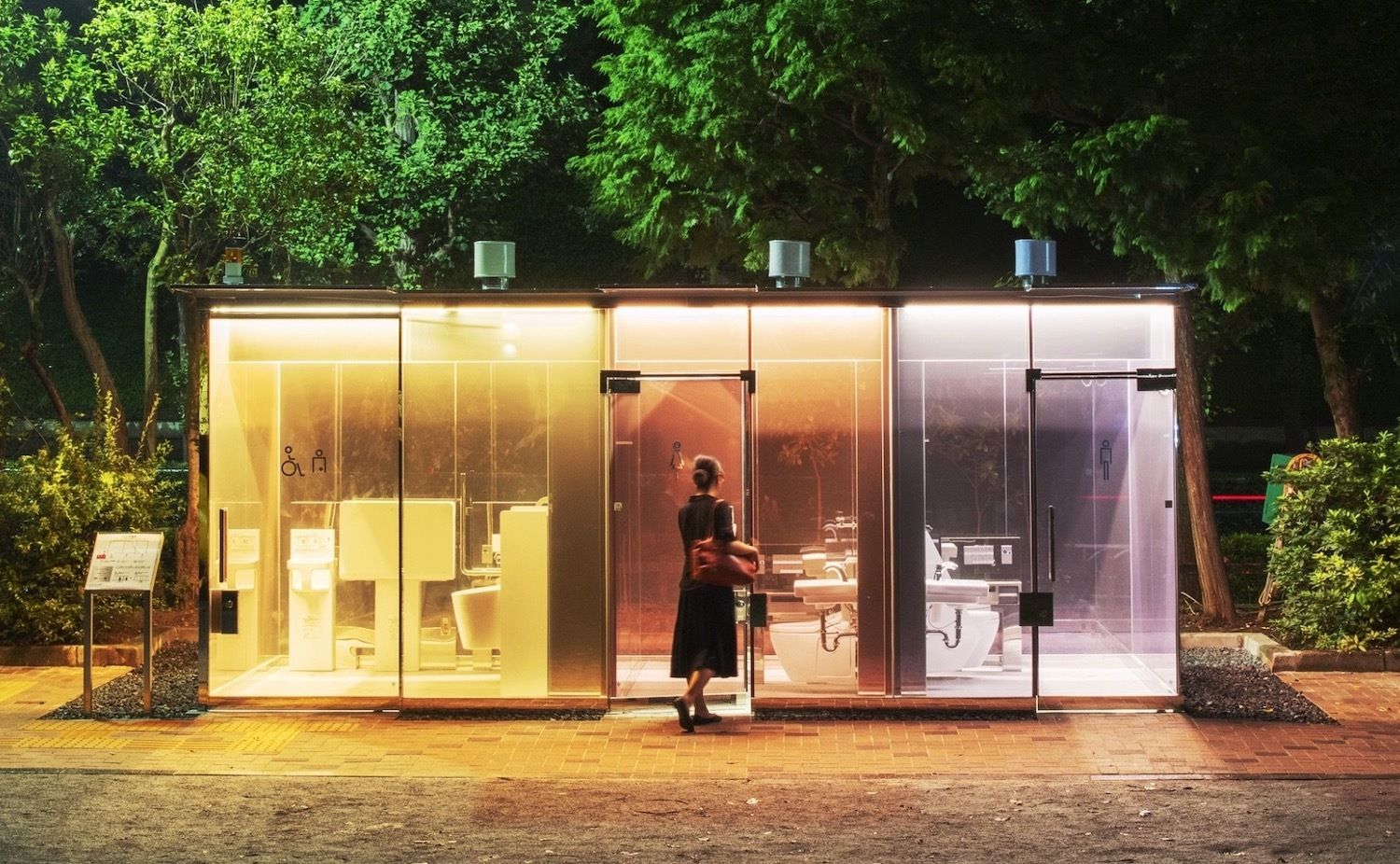 Modern Japanese toilets are some of the most technologically advanced in the world, with buttons that allow users to enjoy a warm seat, get a thorough cleaning and drying, and a multitude of other capabilities like playing music and deodorizing. Beyond the smart sanitary equipment, Japan also thrives at making public bathrooms that are a beautiful, functional, and intelligent piece of architecture.

The district of Shibuya in Tokyo is redesigning 17 of its outdoor bathrooms, and, since August 2020, two transparent public bathrooms have been completed in Yoyogi Park and Haru-No-Ogawa Community Park. Designed by architect Shigeru Ban, these two bathrooms — which have walls made of colorful, see-through glass — are both meant to look beautiful in their environment and provide reassurance to users. By being able to see inside the bathroom before entering, users can see whether the facilities are clean or not, as well as notice if someone is hiding inside. Once locked from the inside, the walls of the bathrooms become opaque, affording the privacy needed. 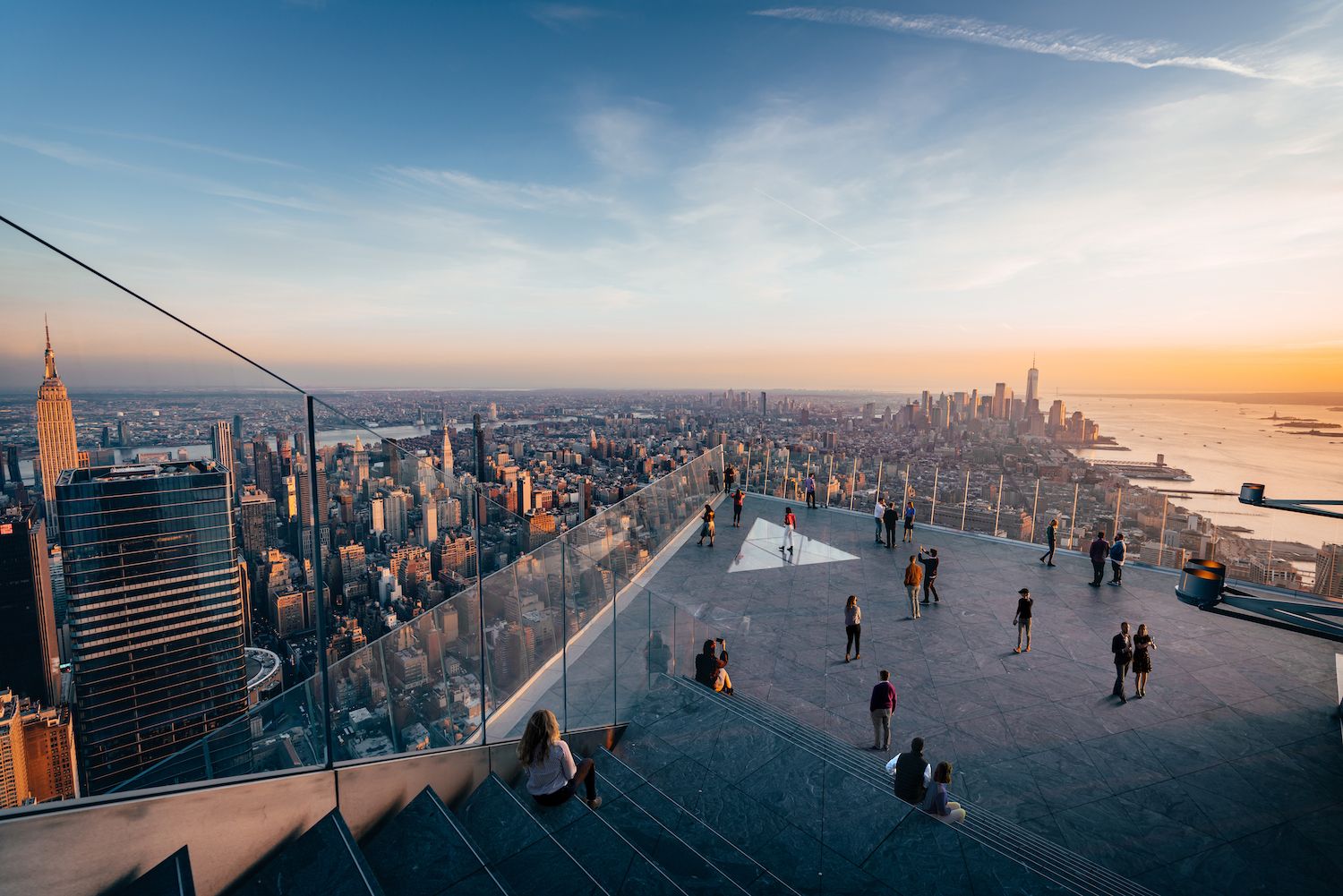 Stunning views of NYC aren’t only for those who can afford a helicopter tour. Opened in March 2020, The Edge is a glass panelled angular observation deck located in the Hudson Yards neighborhood. Sticking out from a high rise like an 80-foot shard, The Edge hangs 1,100 feet above the ground, making it the highest outdoor sky deck in the Western Hemisphere. There’s even a glass-bottom section to add more excitement to those who dare to walk on it.

Located on Level 100, visitors can reach this impressive deck in just 52 seconds. You can stay for as long as you want to take in the views of the skyline, as well as the Statue of Liberty and Central Park. 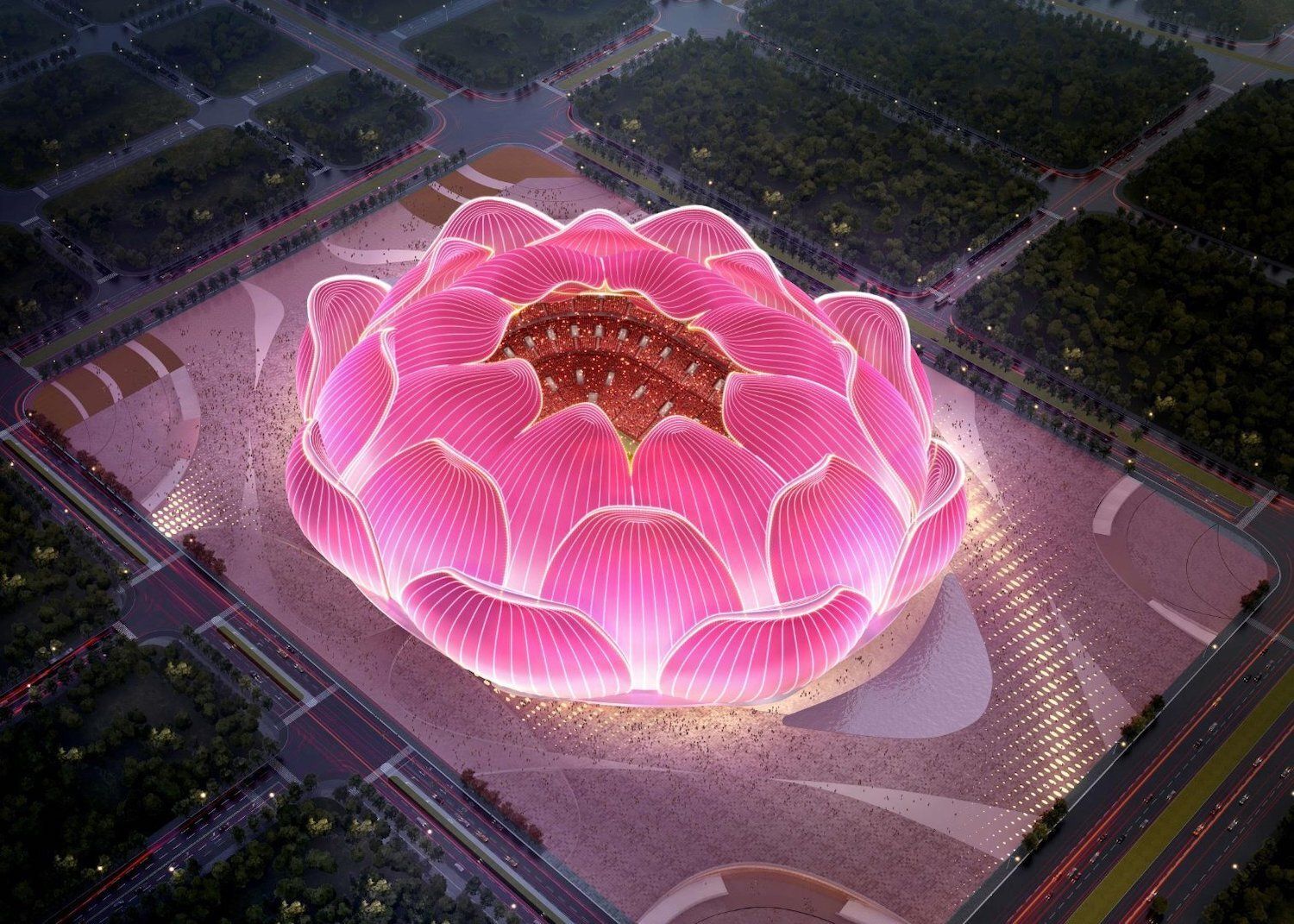 While it has not been completed in 2020, the construction of Guangzhou’s new soccer stadium started earlier this year. The breaking ground ceremony took place on April 16, 2020, and the project is slated to be completed by 2022. Regardless, this is one 2020 architectural project that we feel deserves to be recognized.

The stadium is expected to be able to hold 100,000 spectators, making it the largest soccer-only stadium in the world. Though it’s not the seating capacity that has everyone ooh and aah, but its gorgeous design. Shaped like a colorful lotus flower, the Guangzhou stadium will be unlike any other sporting venue in the world. Designed by American architect Hasan A. Syed, the project is expected to cost $1.7 billion. 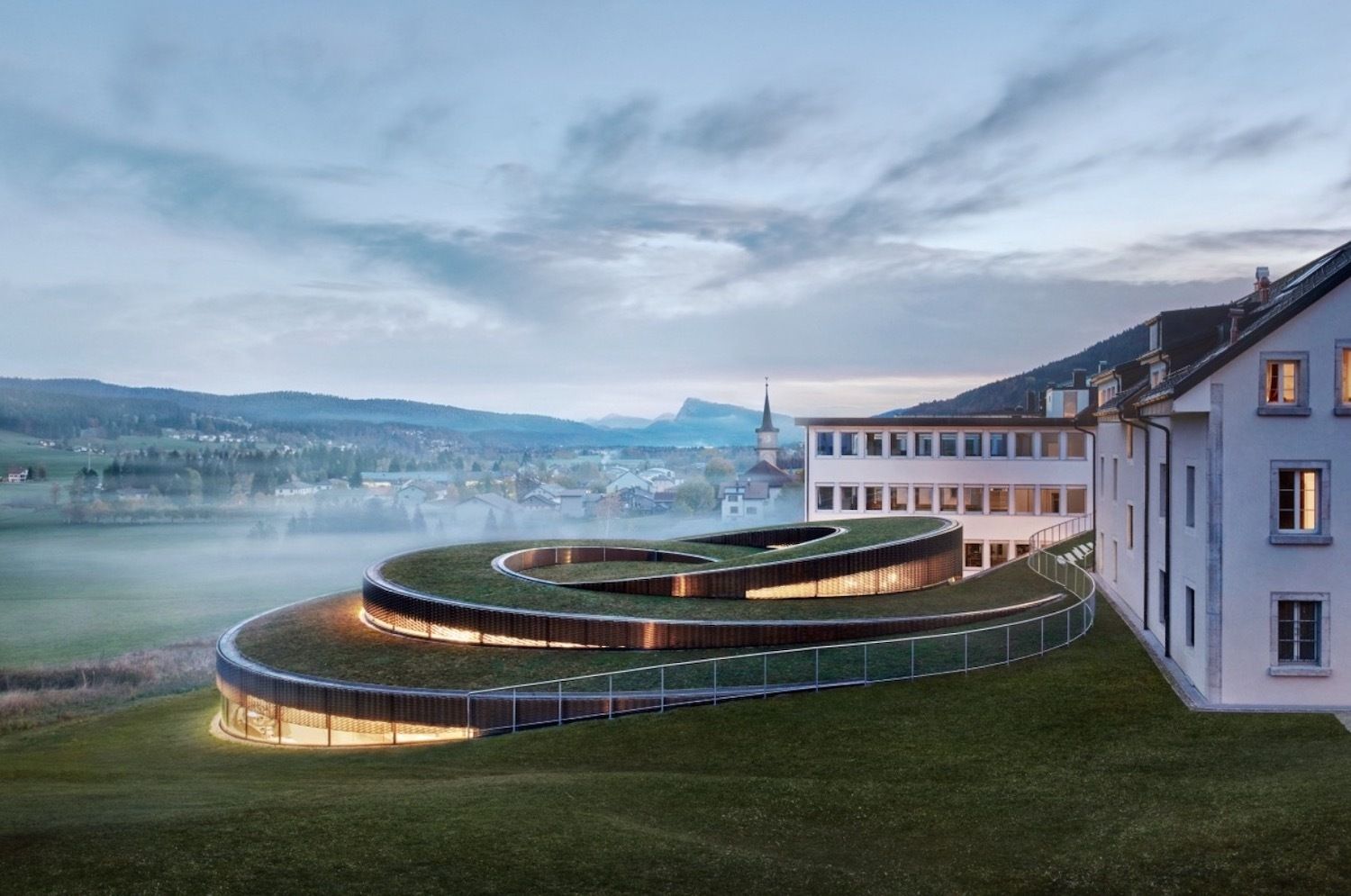 Musée Atelier Audemars Piguet, located in the small mountain village of Le Brassus in Switzerland, was completed in the first part of 2020. The museum is situated next to watchmaker Piguet’s original factory established in 1875. The factory is still in function and employs hundreds of watchmakers.

The beautiful museum is a glass building that was developed by BIG. While the design is indubitably modern, it fits perfectly in the rural environment thanks to its discreet short height and green roof. While the shape is reminiscent of the circular face of a watch, the double spiral is meant to mimic the spring found in mechanical watches. The museum is home to 300 timepieces spanning over 200 years of local watchmaking history. 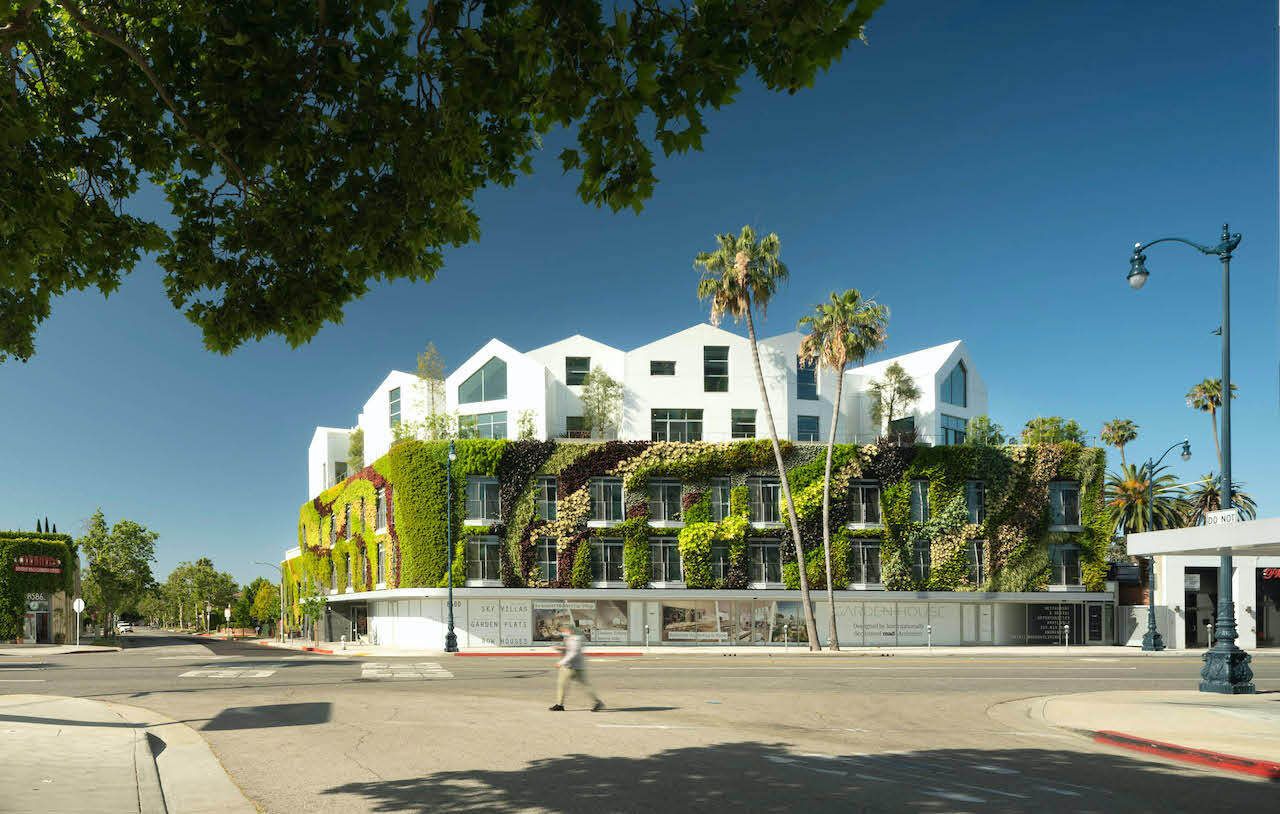 Completed in August 2020, Gardenhouse is a mix of commercial units and private residences located in the Beverly Hills neighborhood. Designed by architecture firm MAD, Gardenhouse is one of the largest living walls in the US and features drought-tolerant succulents and vines that need little irrigation and maintenance.

While the facade of Gardenhouse is the most impressive feature of the structure thanks to undulating plants of contrasting colors, the building also has an inner courtyard that’s home to a garden hidden from passersby.