Though easier than ever, dating today can feel formulaic: Meet on a dating app, maybe in a bar. Exchange numbers. Exchange texts. Meet for drinks, maybe coffee. Then fade into each other’s contact lists, rinse, and repeat with the next match from said dating app. Even in the Tinder era, however, there’s more to courtship than swiping right. It just depends on where in the world you are. If you’re looking for some flirty inspiration this Valentine’s Day, keep these seven traditional courtship customs in mind for a new way to say “be mine.”

1. A different kind of bachelor party in rural Australia 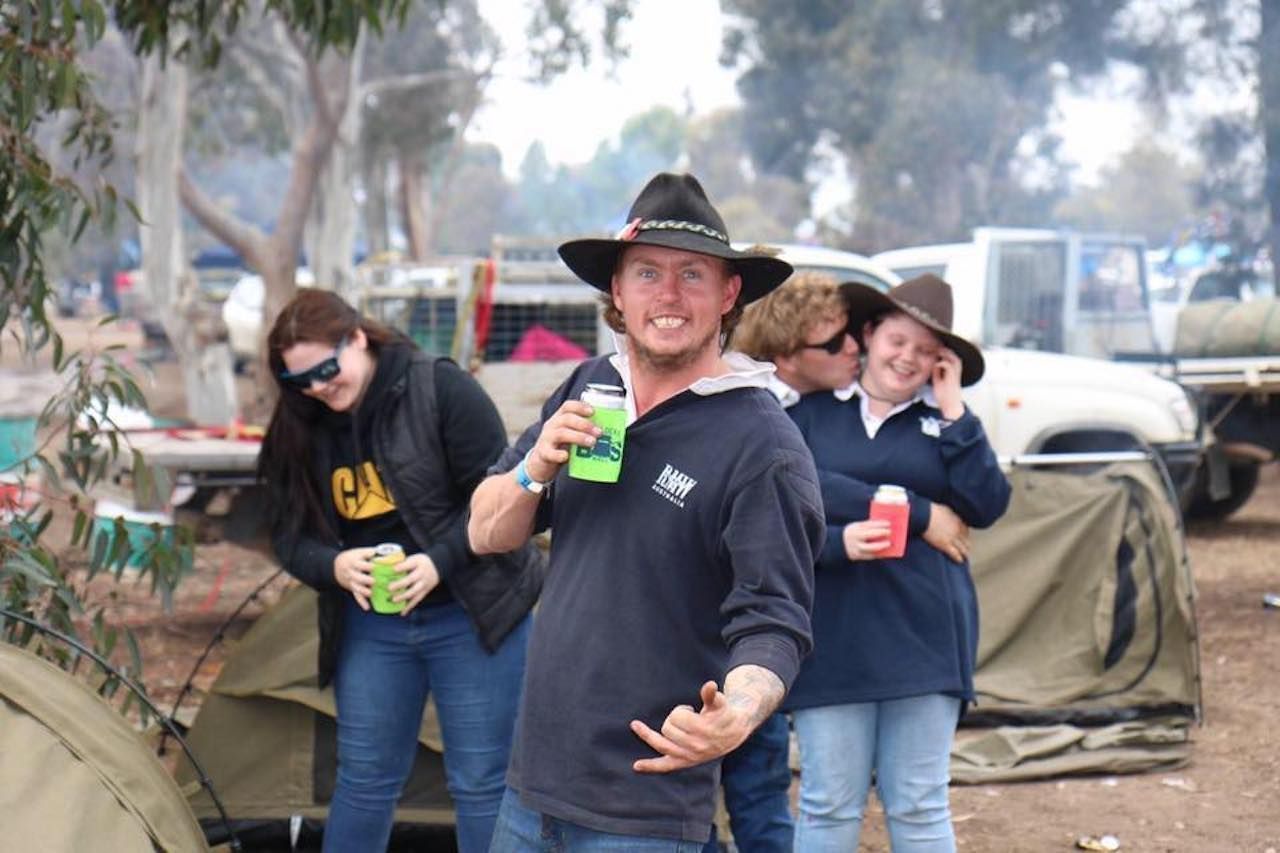 Daters in big Australian cities like Sydney and Melbourne may not always be lucky in love, but not for lack of potential partners. Safe to say the Tinder pool dwindles dramatically the farther you get from the coast, making it that much harder to find “the one.” Enter Bachelor and Spinster, or B&S, Balls. A tradition since the late 1800s, B&S Balls bring together young singles in rural Australia looking to couple up. Don’t be fooled by the suits and gowns attendees customarily wear, at least for part of the evening, however: Today’s B&S Balls would more accurately be called parties, and wild ones at that.

Drinks flow freely, country musicians sometimes perform, and pickup truck, or ute, shows might even ensue. People reliably end up covered in bright food dye, which, though banned, attendees insist on smuggling in to squirt at one another. It has become tradition though no one remembers how the custom started, exactly. Raucous as they get, at the end of the day, B&S Balls really are just venues for Aussies looking to find love — for $80-100 a ticket. 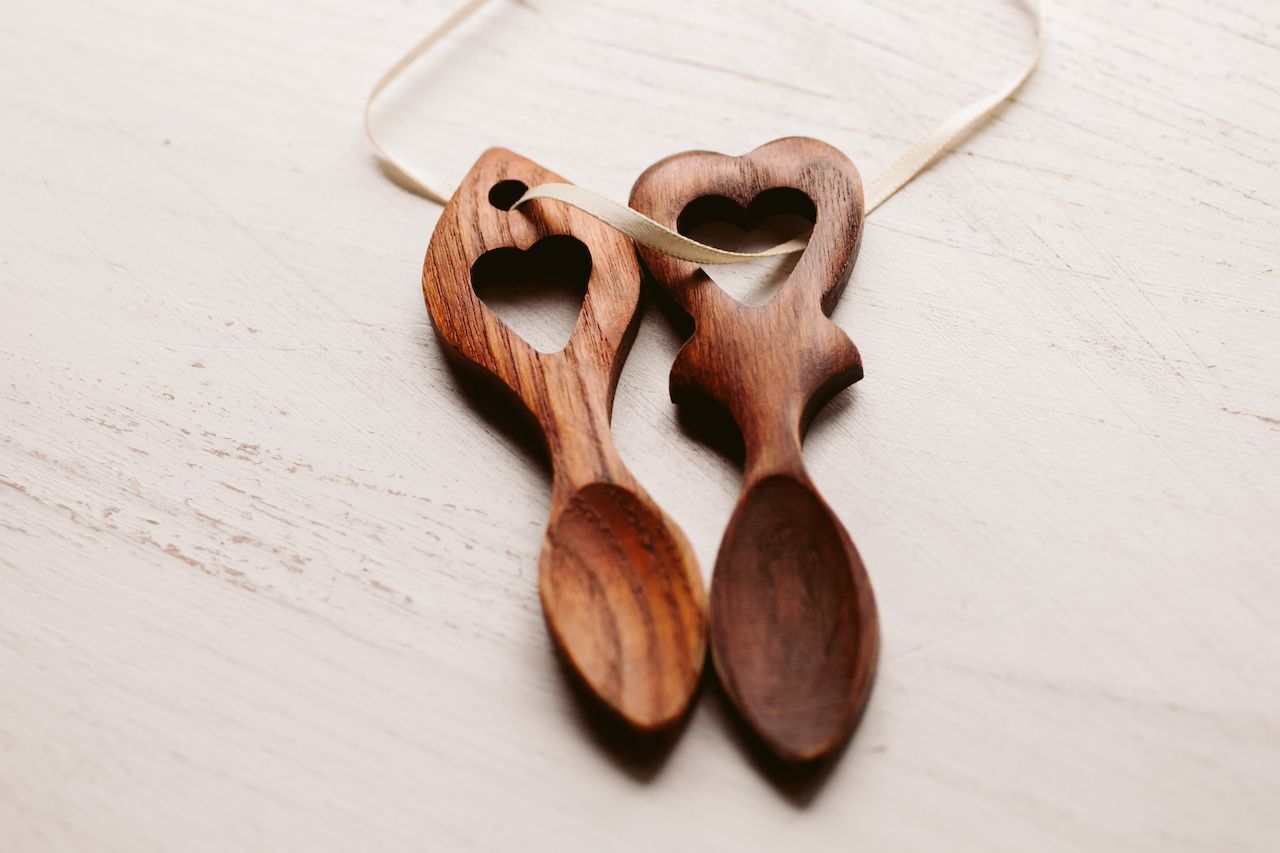 In 17th-century Wales, male suitors presented the women they were courting with hand-carved lovespoons, which, if accepted, signified engagement. Though the spoon itself, a utilitarian tool designed to blend, is symbolic of relationships, over time, these lovespoons became more works of craft art than household items, gifted for reasons other than just marriage. Intricate designs were incorporated into the carvings, some of which had particular meanings: bells for marriage, a wheel for hard work and support, a horseshoe for luck, a lock for home and security, an anchor for devotion. Nowadays, lovespoons are sometimes given as gifts on special occasions like birthdays, anniversaries, Valentine’s Day, and Christmas. 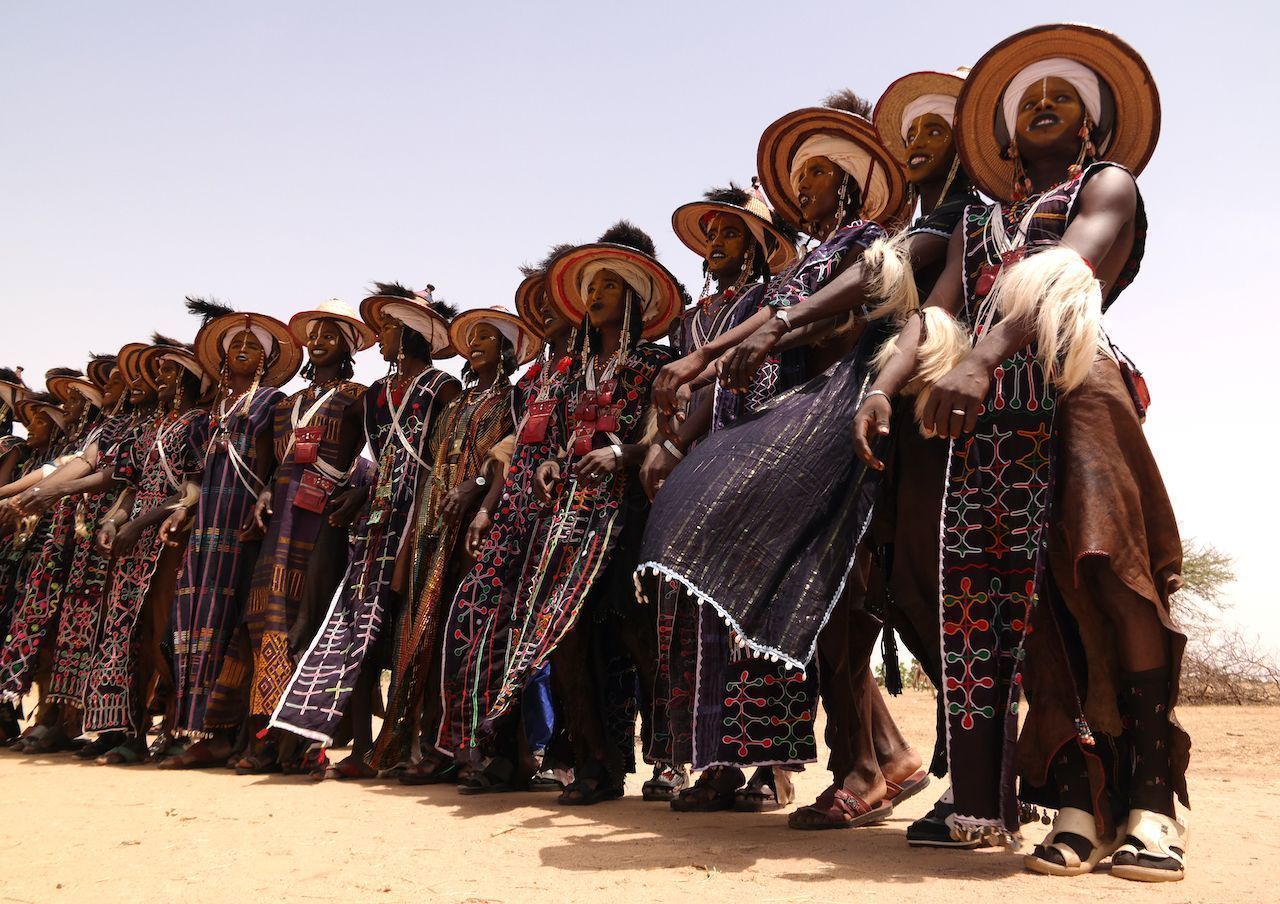 Beauty contests are annual events for the nomadic Wodaabe people who populate the Sahel desert, migrating primarily around Niger and Chad. They’re no Miss Universe pageants, however, with women taking on judging roles while men flaunt their physical attributes. These festivals, most famously held in Niger, are called Gerewol, and smaller Wodaabe groups may travel significant distances to attend each year, barring years it’s canceled due to drought.

Men paint their faces with red ochre, black eyeliner and lipstick, and white or yellow clay; dress in bright, beautiful costumes; and accessorize with beadwork and ostrich plumes. Then they dance, despite the heat, while Wodaabe women look on. The objective is to make love connections. At the end of the days-long festival, each judge may select a winner, who may choose to reciprocate, whether for marriage or just one night. And it isn’t only for singles. During Gerewol, even married Wodaabe may have flings or leave their arranged marriages in favor of a love match, which female onlookers and runners-up may also find during the festival. 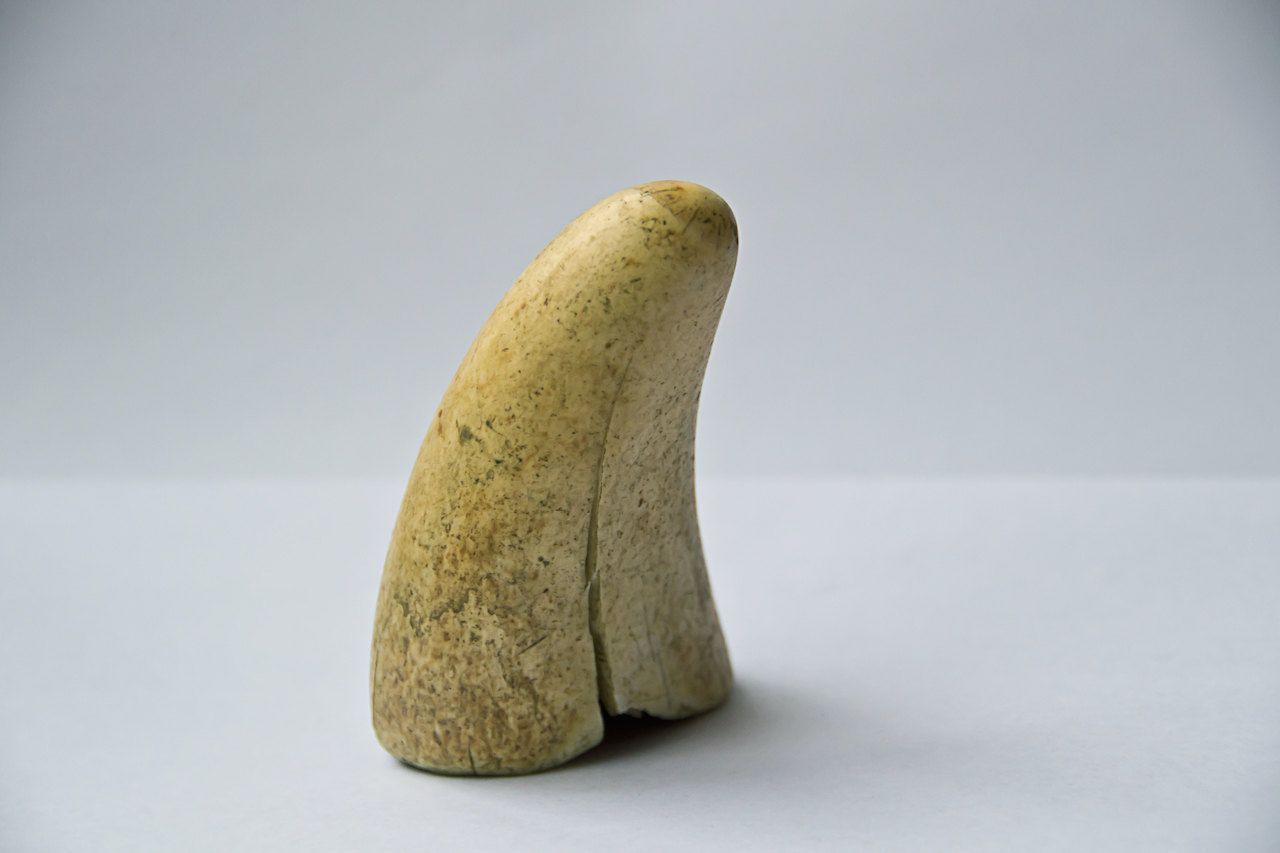 Diamond rings may be the engagement bling of choice in the United States, but in Fiji, sperm whale teeth are traditionally gifted on special occasions, notably engagements and weddings. Often made wearable by woven straps, they’re called tabua, and prospective grooms present them to the family of their bride-to-be when asking for her hand in marriage. New tabua are hard to come by as sperm whales are protected as an endangered species. Existing tabua are still exchanged and presented ceremonially, though the demand, and prices, can be high. Unlike relics of courtship customs like Welsh lovespoons, giving tabua remains an important facet of Fijian cultural life. They may also be given at birthdays, funerals, or as a token of apology. 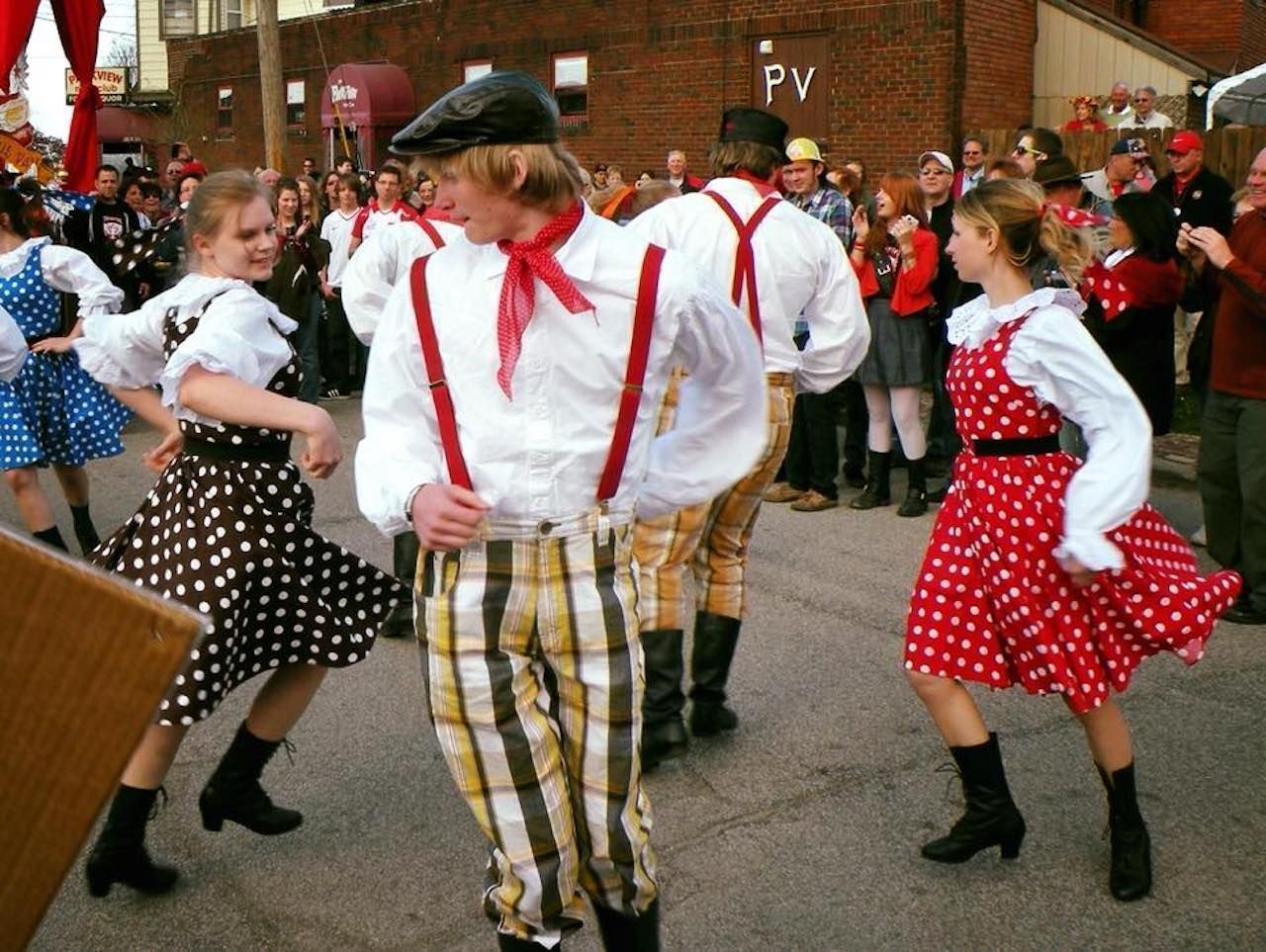 Though Dyngus Day originated in Poland, it’s Buffalo, New York, that now claims to do the holiday best (with Cleveland not far behind). Celebrated on the Monday after Easter, the holiday dates back to 966 AD and has ties to Prince Mieszko I’s baptism. It has evolved into a day of revelry, parading, and flirtation, but its baptismal origins may explain the tradition of young boys soaking girls with water. Boys also tap girls on the legs with pussy willow branches to demonstrate their interest. Outside of Poland, Dyngus Day is celebrated in Slovakia, Hungary, and other nearby countries. In the US, Polish communities from Ohio to California also stage events. Buffalo truly does go all out, though, with polka music and dancing; Polish food and drink like pierogies, kielbasa, and krupnik, a spiced honey liqueur; and a rowdy yet fun atmosphere.

6. The Mexican Kickapoo whistle to woo 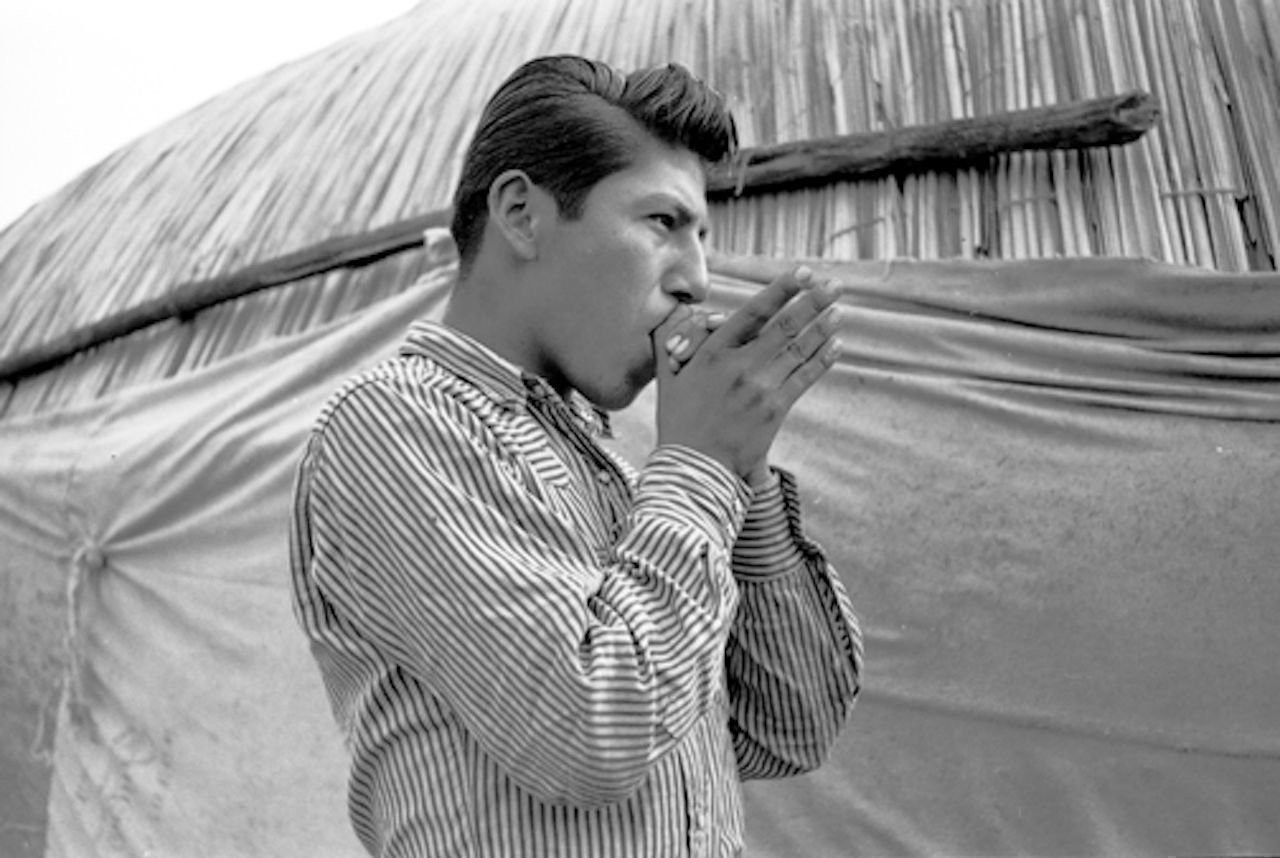 Whistling at women doesn’t always go over well these days, but it’s a traditional sign of romantic interest for the Kickapoo people of Mexico and Texas that’s far more intricate, and welcome, than catcalling. In the early 20th century, young Kickapoo men developed a whistling-based form of language to share private messages with one another from a distance. In northeast Mexico, the whistling practice is primarily used during courtship as a way for young men and women to transmit sweet nothings in the evenings. To whistle the Kickapoo way, one must clasp their hands in front of their mouths, lifting and lowering their back fingers to change pitch. To learn more about the Mexican Kickapoo lifestyle, visit the Milwaukee Public Museum. 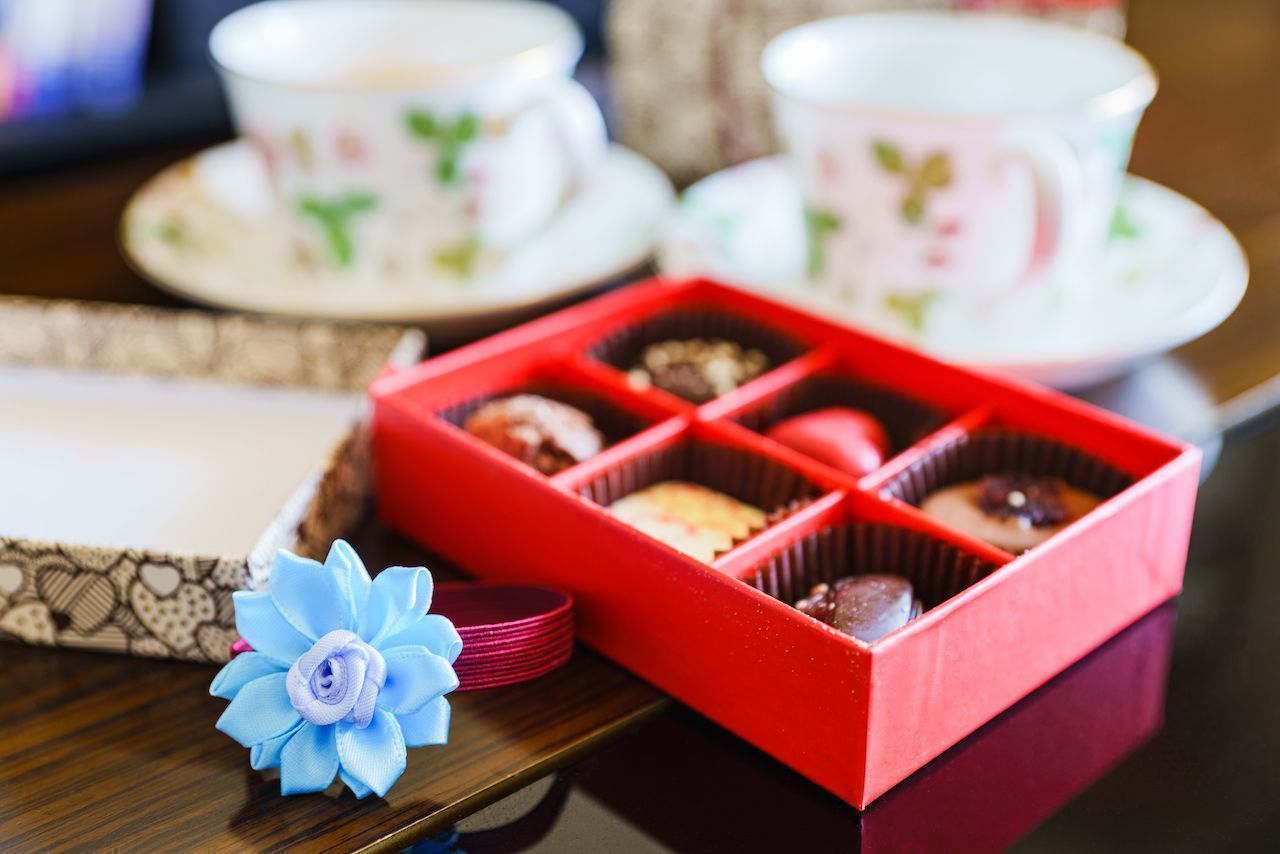 In Japan, and elsewhere in Asia, a second love-related holiday falls exactly one month after Valentine’s Day, when women customarily give, but don’t receive, chocolates. It’s called White Day, and it was invented in the late 1970s by a confectionary shop that saw marketing potential in giving women their own day to be celebrated and showered with sweets. On Valentine’s Day, women typically give special chocolates called honmei-choco to the men they know, and on White Day, men are expected to return the favor. Men may also give gifts like jewelry, flowers, or lingerie. On either day, celebrants may give tokens of their affection to friends, family, or co-workers, much as kids pass Valentine’s cards around their classrooms.

Sex + DatingIs it ethical to hook up with locals abroad?
Tagged
Culture Romance
What did you think of this story?
Meh
Good
Awesome

The most romantic getaways from major US cities

The most romantic winter vacation spots for couples

A therapist’s guide to sexifying your couples staycation

10 fun TikTok trends for couples to try out when traveling

If you and your bae met during the pandemic, you could win a trip to the Caribbean