Valentine’s Day conjures a very specific image in the United States — namely, all things red and pink and heart-shaped. But Valentine’s Day is not an exclusively American celebration, and cultures around the world have many different ways to observe the holiday. Here are 11 different Valentine’s Day traditions from around the globe — maybe try one of these out on your sweetheart this year and do something different from the standard roses and boxes of heart-shaped chocolates. 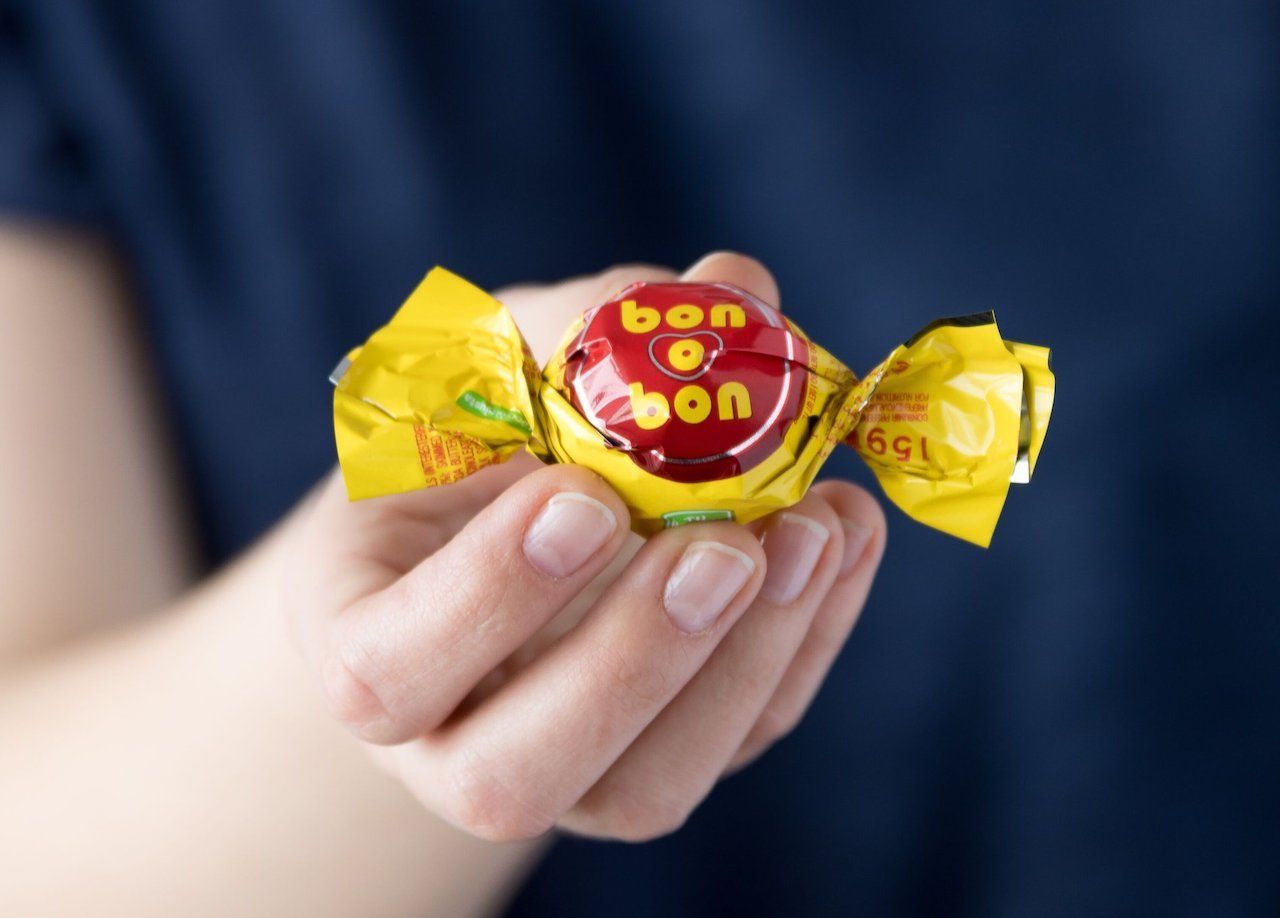 In Argentina, one Valentine’s Day per year just won’t do. During “Sweetness Week” or “La Semana de la Dulzura,” held the first week of July every year, lovers, family members, coworkers, and friends exchange candies for kisses by asking “a candy for a kiss.” According to The New York Times, the candy Bon o Bon helped establish the holiday week in 1989 with the advertising slogan “A Bon o Bon for a kiss.”

For those who are newly or chronically single, every mention of Valentine’s Day feels like salt being rubbed in a wound. In Estonia, locals celebrate Sõbrapäev, or “Friend’s Day,” and focus on the bonds of friendship rather than on romantic love. 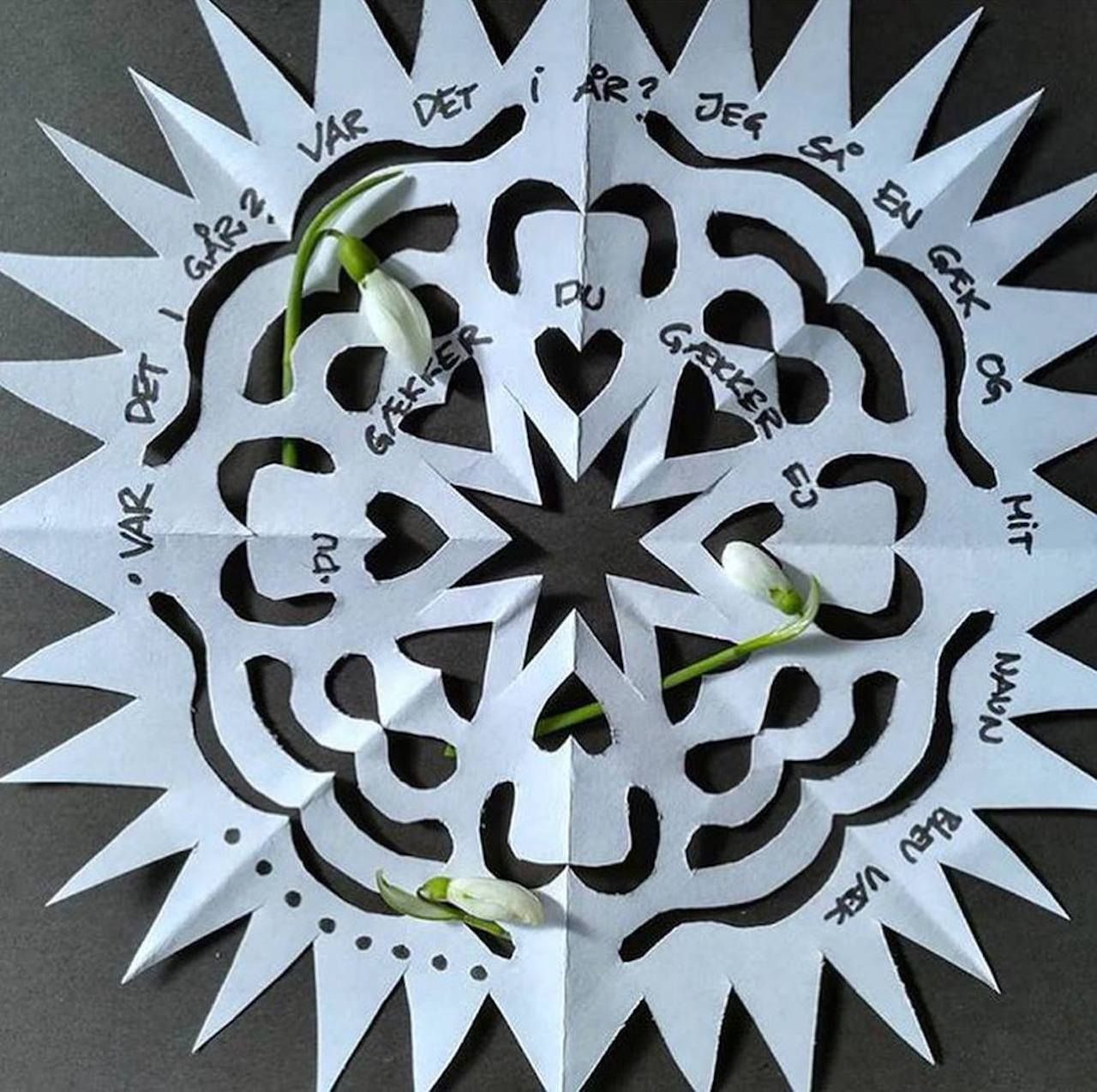 Denmark celebrates Valentine’s Day with a minimalist flourish. Instead of dramatic red roses, lovers and friends exchange homemade cards resembling paper snowflakes called gaekkebrev. Inside each of those cards is a pressed snowdrop flower, as well as a funny love poem or riddle. The cards are signed with dots (each dot representing a letter in the name of the sender) and if the person receiving the card correctly guesses who sent it to them, they get a chocolate Easter egg from the sender that year.

In South Africa, Valentine’s Day is celebrated with flowers, chocolates, romantic dinners, and gifts, just as it is in many other parts of the world. There is one major difference, though: Valentine’s Day is also a day for South African women to literally wear their hearts on their sleeves. In a tradition dating back to the ancient Roman festival Lupercalia, women (and sometimes also men) write the names of their sweethearts or love interests down and pin them on their sleeves, which is an excellent way to communicate one’s secret crush. 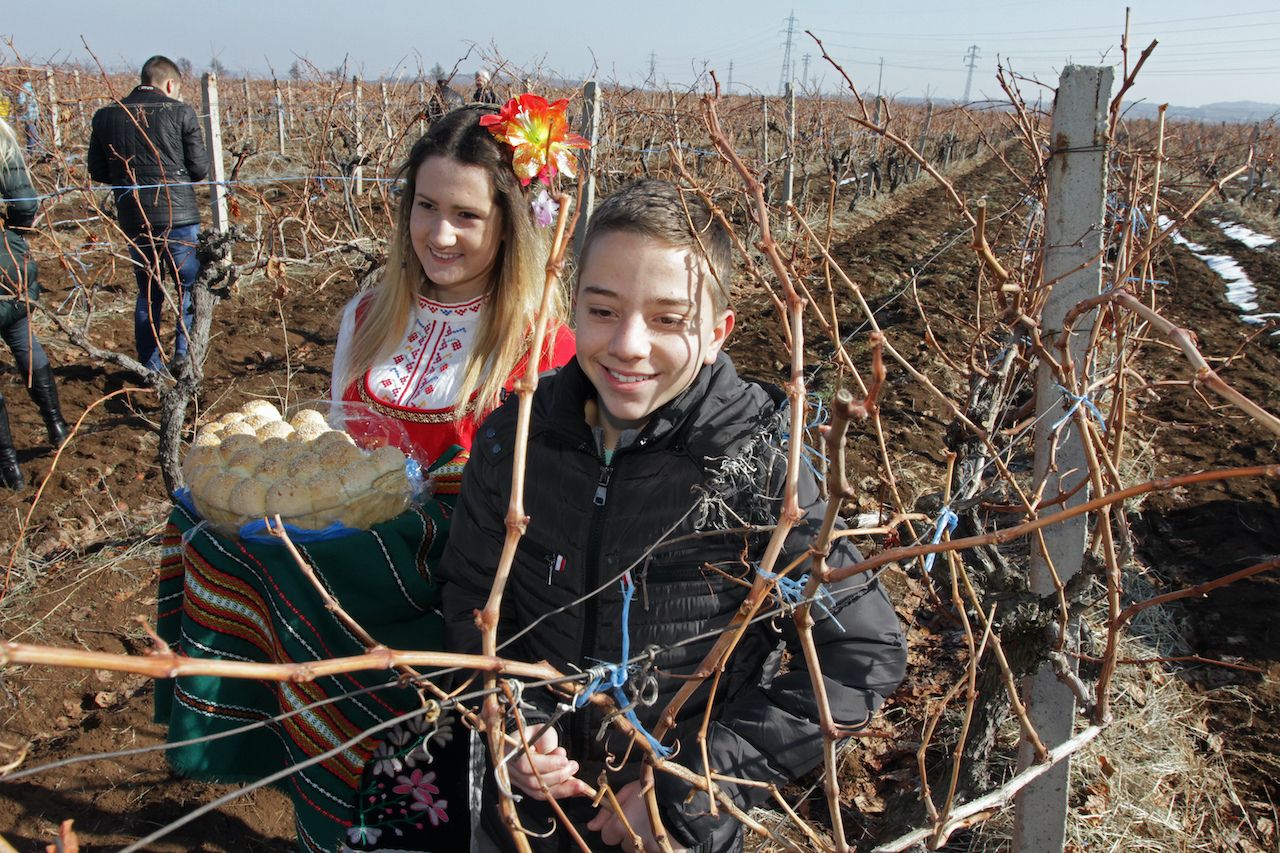 While most of the world celebrates St. Valentine’s Day, Bulgaria makes merry for St. Trifon Zarezan Day, or Winemakers Day, an old festivity rooted in ancient celebrations of Dionysus, the god of wine. The day is dedicated to the first labor of the year for vine-growers and winemakers — trimming the unnecessary branches on the vines at the beginning of February — complete with its own legend around St. Trifon Zarezan. While there has been public dispute over which saint to honor come February 14, modern celebrations combine the two — celebrating romantic love right alongside wine in a match made in heaven.

Instead of Valentine’s Day, Brazilians celebrate Dia dos Namorados, or “Sweethearts’ Day,” on June 12, when couples exchange all the usual chocolates, flowers, gifts, and cards. Although Dia dos Namorados is a made-up commercial holiday, it was carefully scheduled to happen on the eve of St. Anthony’s Day (June 13), the matchmaker and protector of lovers in Brazilian folklore. On that day, single women pray and practice rituals to St. Anthony in the hopes of finding a husband. One of these rituals consists of drowning an image of the saint upside down in water until the right man comes along and proposes. 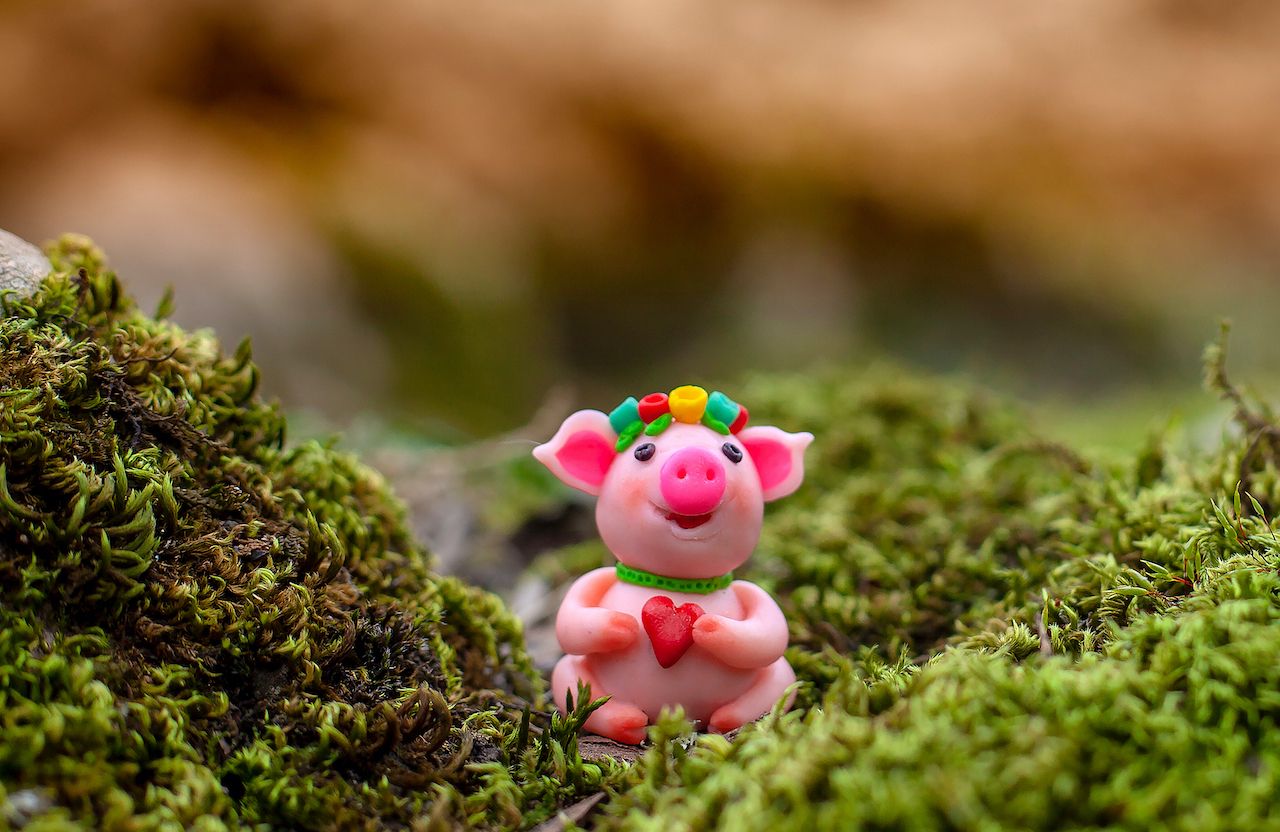 Germans celebrate Valentine’s Day in much the same way that Americans do, but with one especially noteworthy addition: They also give each other pigs. Not a full-grown, 500-pound hog, but little pig-shaped trinkets, as well as chocolate pigs representing luck and lust. Instead of the more common gift of chocolates, Germans also exchange giant heart-shaped gingerbread cookies with romantic messages written in frosting.

China doesn’t celebrate Valentine’s Day as we know it on February 14th; Chinese people have their own day devoted to lovers called Qixi, or the Seventh Night Festival. This festival is held on the seventh day of the seventh lunar month each year. According to Chinese folklore, it’s the one day of the year two star-crossed lovers, Zhi Nu, a goddess from heaven, and Niu Lang, a mortal cow herder, are permitted to reunite thanks to a bridge of magpies. Qixi is celebrated very differently throughout China (with lanterns in Taiwan or small handcrafted gift from women to their love interest in parts of China), but flowers and chocolates are definitely part of it. 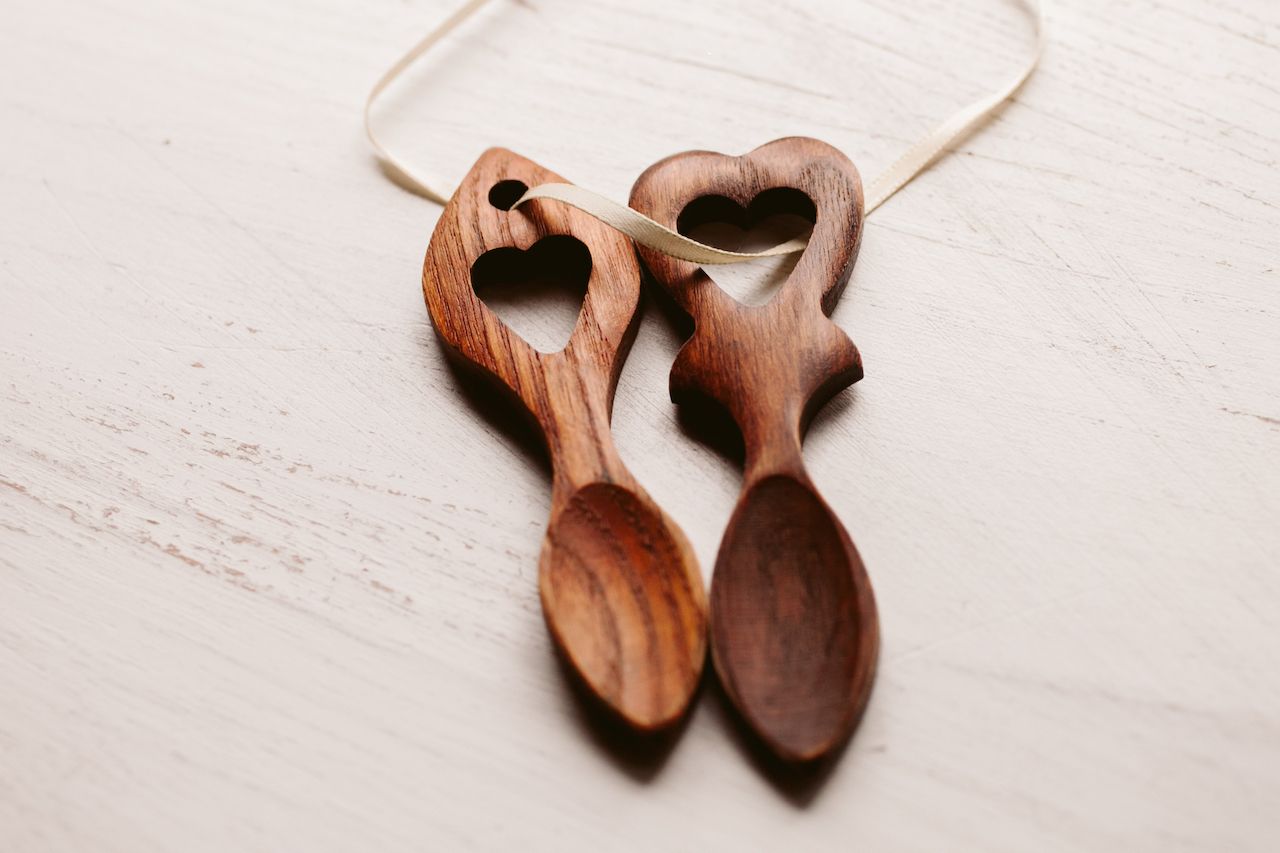 In Wales, Valentine’s Day does not take place on February 14. Instead, the Welsh celebrate St. Dwynwen’s Day, the Welsh patron saint of lovers, on January 25, when young men give their sweethearts intricately carved wooden “lovespoons.” Today lovespoons are given at many different kinds of celebrations including weddings, anniversaries, and christenings. St. Dwynwen’s Day is celebrated with cards, gifts, and romantic dinners — altogether pretty familiar, despite the difference in date and saint.

Paris is known as the City of Love because it’s considered one of the most romantic destinations in the world, but the real destination for lovers in France is simply the small village of Saint Valentin. A two-day festival — complete with horse-drawn carriage tours around the village, Valentine’s Day dinners and dances, and love letter exhibits — takes place every year to celebrate the holiday and attract visitors from all over the world. In the village’s “lovers’ garden” you can pin a heart with a message on the metal “Wishing Tree.” 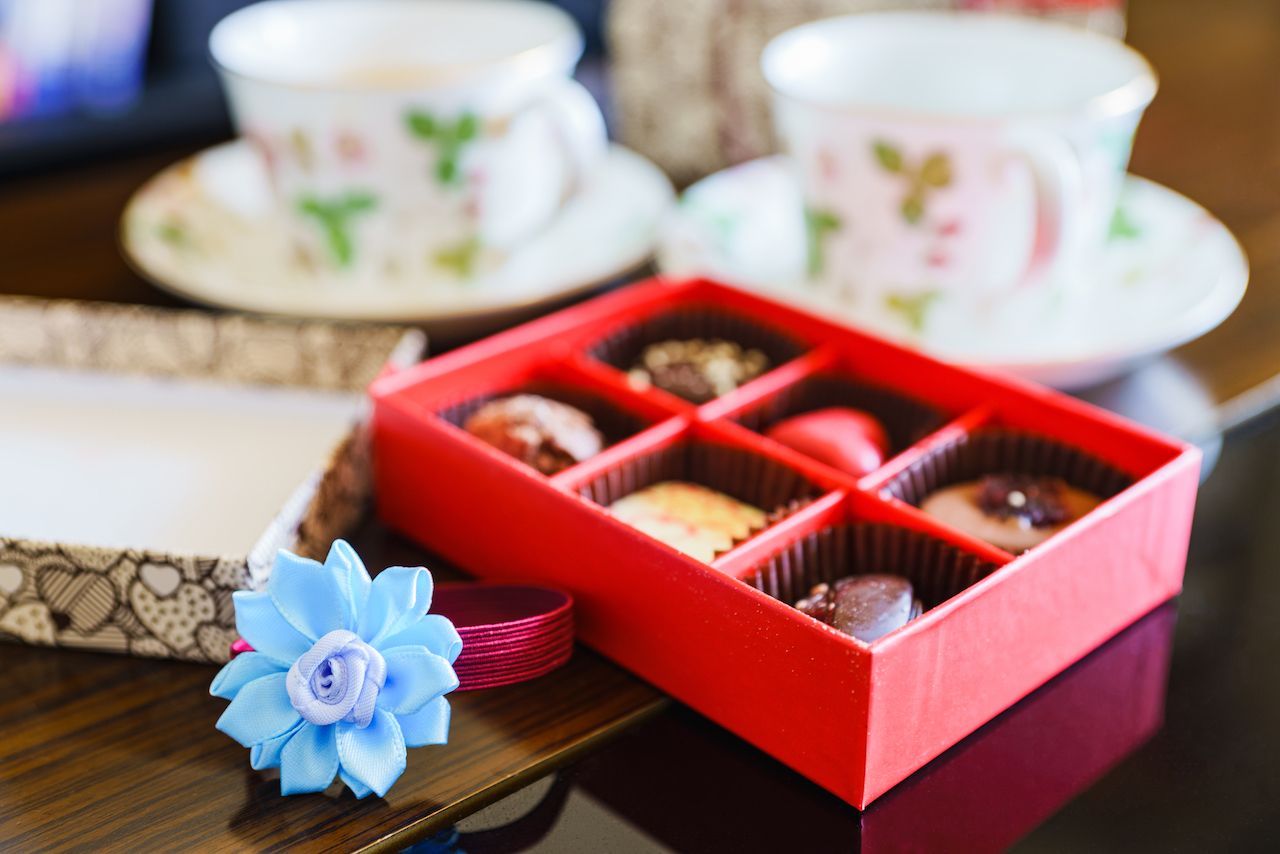 In Japan, Valentine’s Day is all about women spoiling their men. And while chocolate is still the preferred sweet for the occasion, the kind of chocolate given says a lot about the woman’s fondness (or lack thereof) for the man. High-quality “true feeling” chocolates (or honmei choco) are given to spouses, romantic, and would-be romantic partners, while lesser-quality “obligation” chocolate (or giri choco) is given to casual friends and colleagues. On March 14, known as “White Day,” men who received the good stuff return the favor. These days, the tradition of giri choco is controversial and going out of fashion in work environments.

RomanceThe 7 Most Underrated Romantic Cities in the World
Tagged
Holidays Romance
What did you think of this story?
Meh
Good
Awesome