Cranberries hold a special place among the set of traditional sides served on Thanksgiving. The tart red berries only grow in five states — Wisconsin, Massachusetts, New Jersey, Oregon, and Washington — yet various preparations are centered on the table across the country. For many homes, it’s not a question of if there will be a cranberry side, it’s what kind: cranberry sauce, cranberry relish, or jellied cranberry sauce plopped on a plate straight from the can.

In the most pared down definition, cranberry sauce (whether homemade or from a can) is cooked, whereas cranberry relish is made of raw blended cranberries. Fresh or frozen cranberries are used for both homemade versions, while the canned version is available around the holidays pretty much anywhere there’s a canned goods section at the grocery store.

Adding cranberries to anything, let alone making an entire cranberry side dish, was historically restricted to the Northeast and upper Midwest before it was introduced to parts of the Pacific Northwest. Indigenous peoples made a hearty dish called pemmican with cranberries and dried meat during the September through November harvest season. They introduced cranberry preparations to colonists, and the berries were an important ingredient in the colonial diet — one reason for the historical connection to early Thanksgiving celebrations.

Cranberries grow in cold weather bogs, which limits farming considerably. According to the University of Vermont, Massachusetts grows about half of the total crop in the United States, particularly around Cape Cod. Marcus L. Urann is credited with turning cranberries into a nationwide favorite after he popularized preservation methods like canning, freezing, and juicing the berries, according to Smithsonian Magazine. He also introduced the now-classic cranberry jelly in 1941, which catapulted the Thanksgiving cranberry side dish into the mainstream. His company, Ocean Spray, is still the company Americans see most on supermarket shelves.

Today, Americans eat more than 400 million pounds of cranberries every year, according to Ocean Spray — 20 percent of which is eaten around Thanksgiving. It’s safe to say that what was once an ingredient limited to the north and northeast has become as American as pumpkin pie.

Here’s the difference between the country’s favorite ways to put cranberries on the Thanksgiving table. 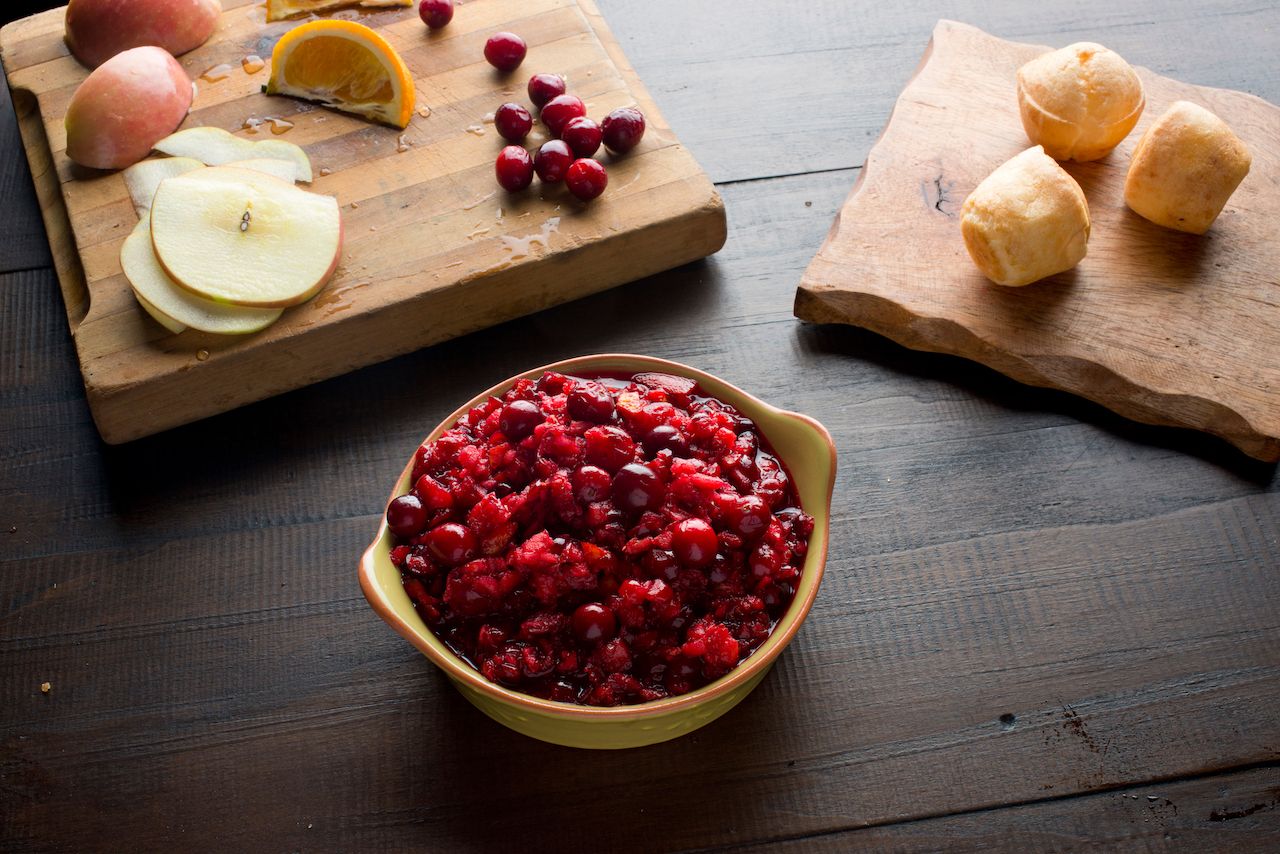 What sets cranberry relish apart from cranberry sauce is that all the ingredients are raw. It’s also usually a little less sweet. In a basic recipe from Anthony Bourdain, cranberry relish is made by blending cranberries, a little bit of sugar, and orange peel for a zesty topping that can fix up dry slices of turkey. Various types of nuts are often thrown into the mix as well.

Various parts of the country enjoy cranberry relish over the sweeter cooked stuff. Colorado Public Radio put out a call to its readers and found most preferred relish. Still, fresh cranberries tend to work better, and those are typically found in the Northeast. The appeal is clear when you consider the heavy food on the rest of the Thanksgiving table. As the chef Matthew Jennings (a self-described “staunch New England cranberry relish guy”) wrote for Saveur, a proper relish “is tart and textured and bright, with just a touch of residual sweetness to tame the fruit’s wild puckering sharpness.”

Exactly what you put into your cranberry relish is up to you. One favorite that frequently pops up on NPR and elsewhere is a 1959 recipe by New York Times restaurant critic Craig Claiborne. The ingredients list is a little different than what you might expect from a holiday cranberry side: raw cranberries, onion, sour cream, sugar, and horseradish. 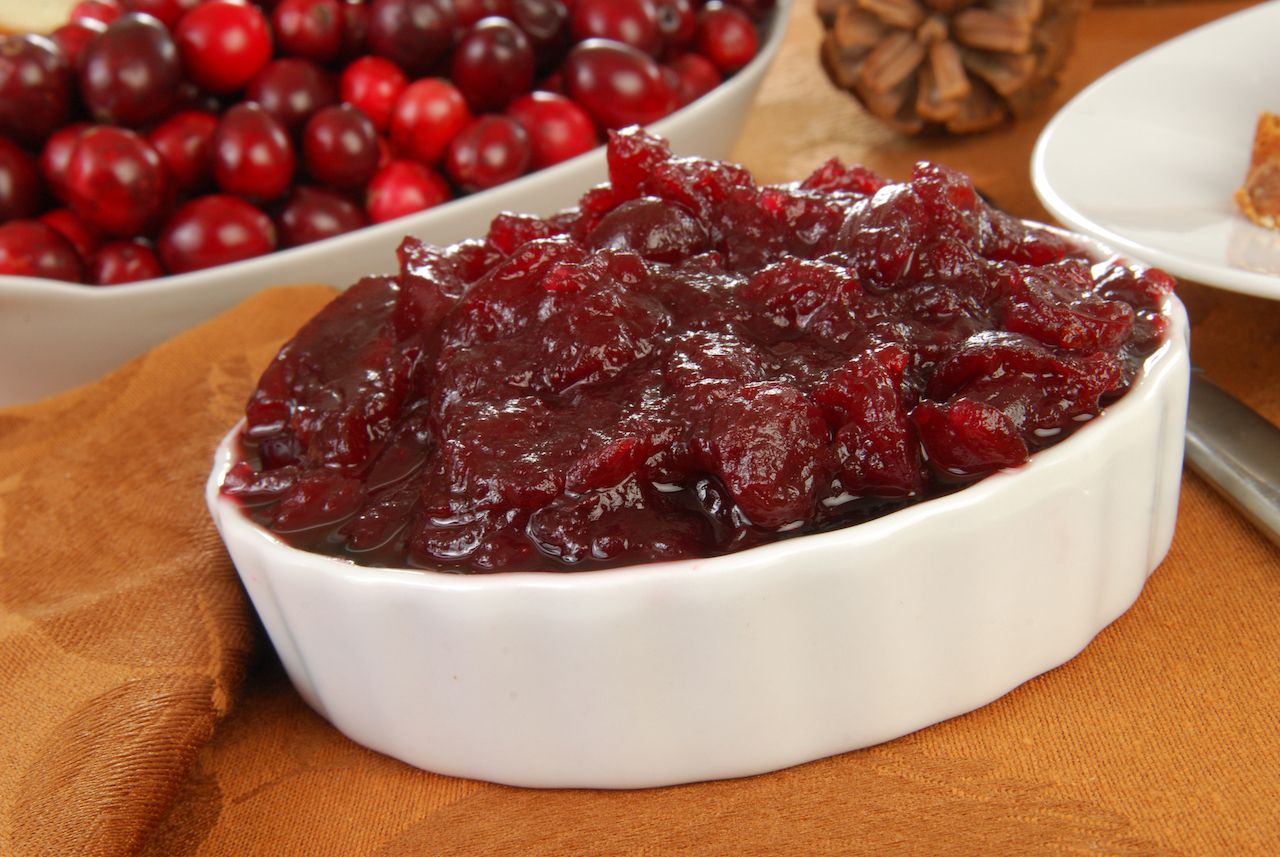 Homemade cranberry sauce is easy to make and typically sweeter than cranberry relish. The simplest recipes include a package of cranberries (fresh or frozen) that are cooked down for about half an hour with water and at least two cups of sugar.

It’s easy to customize homemade cranberry sauce to fit the other ingredients on the table or to your specific flavor preferences. Common additions include orange juice or orange peel, Grand Marnier and other liqueurs, and classic holiday spices like cinnamon, clove, and allspice. 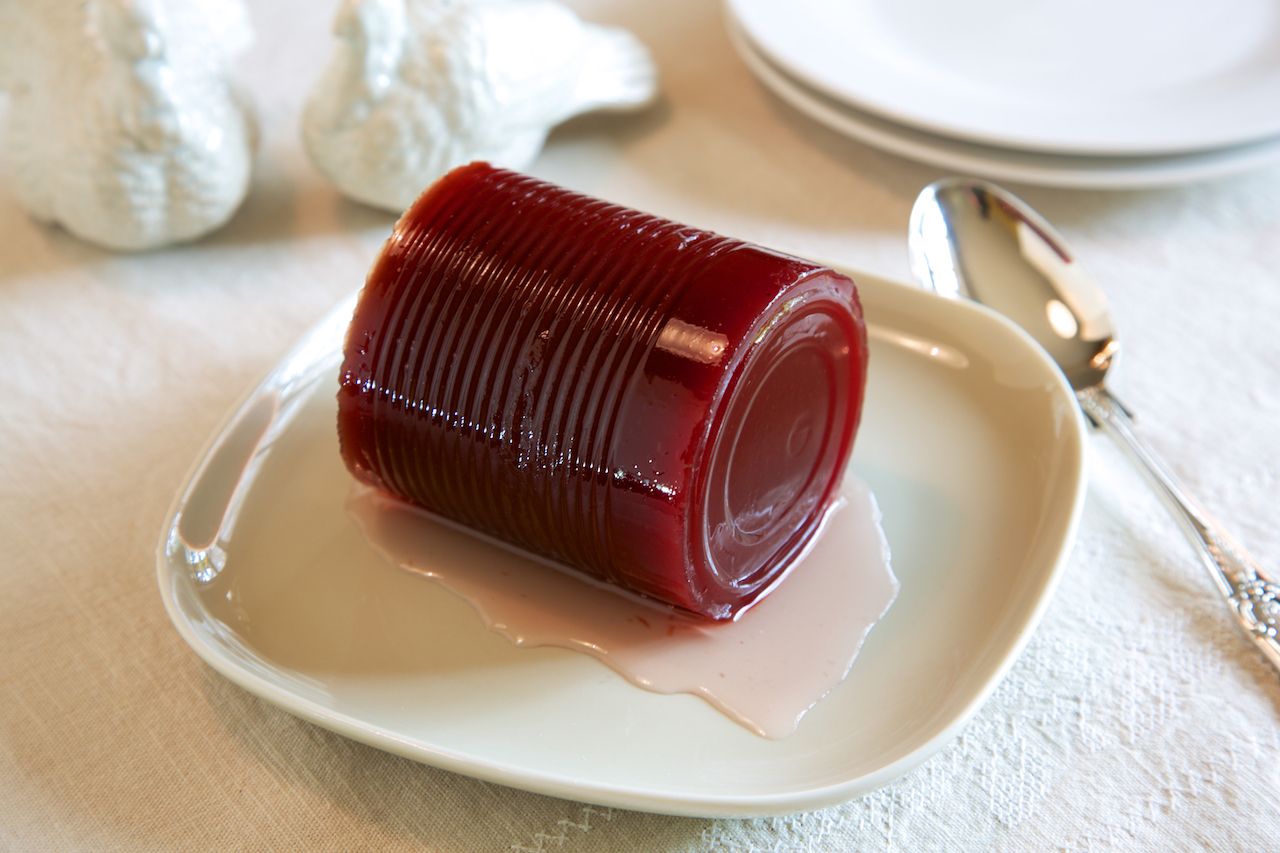 Of all the types of Thanksgiving cranberry preparations, none are as divisive as jellied cranberry sauce from a can. Preferably dumped out of the can ridges and all, this side is simultaneously mocked and loved.

Jellied cranberry sauce is about as removed from its natural properties as a cranberry product can get, but that’s part of what makes it great. According to Scientific American, the secret is pectin, a natural polymer in plant cells (including cranberries) that “glues” the cells together to form a jelly. Cranberries have plenty of natural pectin that is released as the berries are cooked, and the longer it’s cooked the more jelly-like it becomes.

Food + DrinkThe signature, iconic pie for every state in the US
Tagged
Food + Drink Holidays
What did you think of this story?
Meh
Good
Awesome