“The holidays” is not technically a scent, but we all know exactly what the phrase “smells like the holidays” means. Catching a whiff of five key spices — allspice, anise, cinnamon, clove, and nutmeg — evokes a warming feeling of comfort during the coldest months in the Northern Hemisphere.

A major reason these spices are nearly universally accepted as holiday staples is that many of them appear in the food and drinks we consume this time of year (and candles, but first and foremost food). The spices are key to the mulled wine and eggnog we drink, and the pumpkin and apple pies we eat from Thanksgiving through the new year. The smell conjures memories of holidays past even more than the sight of a roasted turkey or the itchy feel of an ugly Christmas sweater. Studies have found that smells are processed in the same part of the brain as emotion and memory, whereas sight, sound, and touch are not.

Humans encountered these spices long before they had an inkling about (relatively) modern holidays like Christmas. Cinnamon use in today’s India and Sri Lanka dates back some 7,000 years, writes David Trinklein, who works in the division of plant sciences at the University of Missouri. Lucrative trade of cinnamon, and later other spices, occurred between Asia, North Africa, and Europe via the Middle East from the time of the Ancient Egyptians. The Romans made Alexandria, Egypt, the center of trade with India, and Indian spices helped make Alexandria a major commercial center for the Roman Empire.

Merchants in Venice controlled the spice trade in the 10th century, creating vast fortunes. By the 1500s, European empires were looking to skip the middleman and get into the spice trade. Spices, in large part the ones we now associate with the holidays, were a major reason for expeditions by Christopher Columbus, Vasco da Gama, Ferdinand Magellan, and others.

The colonies devastated local communities as Europeans fought amongst themselves and used forced labor and violence to meet the demand for spices in their home countries. Over the next couple hundred years, prices went down and what we now consider holiday spices became crucial to traditional Western recipes — including for formally bland recipes for winter foods made with whatever lasted from the final harvest of the year.

These spices are just as valued, though not necessarily as lucrative, in the modern global economy, and countries that were once European spice-producing colonies are now some of the biggest spice exporters. According to the Observatory of Economic Complexity, China, India, Thailand, and Indonesia are among the top exporters of these spices, though a large share of exports is still run through former colonial powers like the Netherlands and Spain (though, it should be noted, this isn’t exclusive to holiday spices). The largest spice importer in the world is now the United States, which buys up 11 percent of the $2.4 billion spice trade.

While this general history of the spice trade gives the bigger picture of this collection of holiday spices, each of the five major holiday spices is special in and of itself. 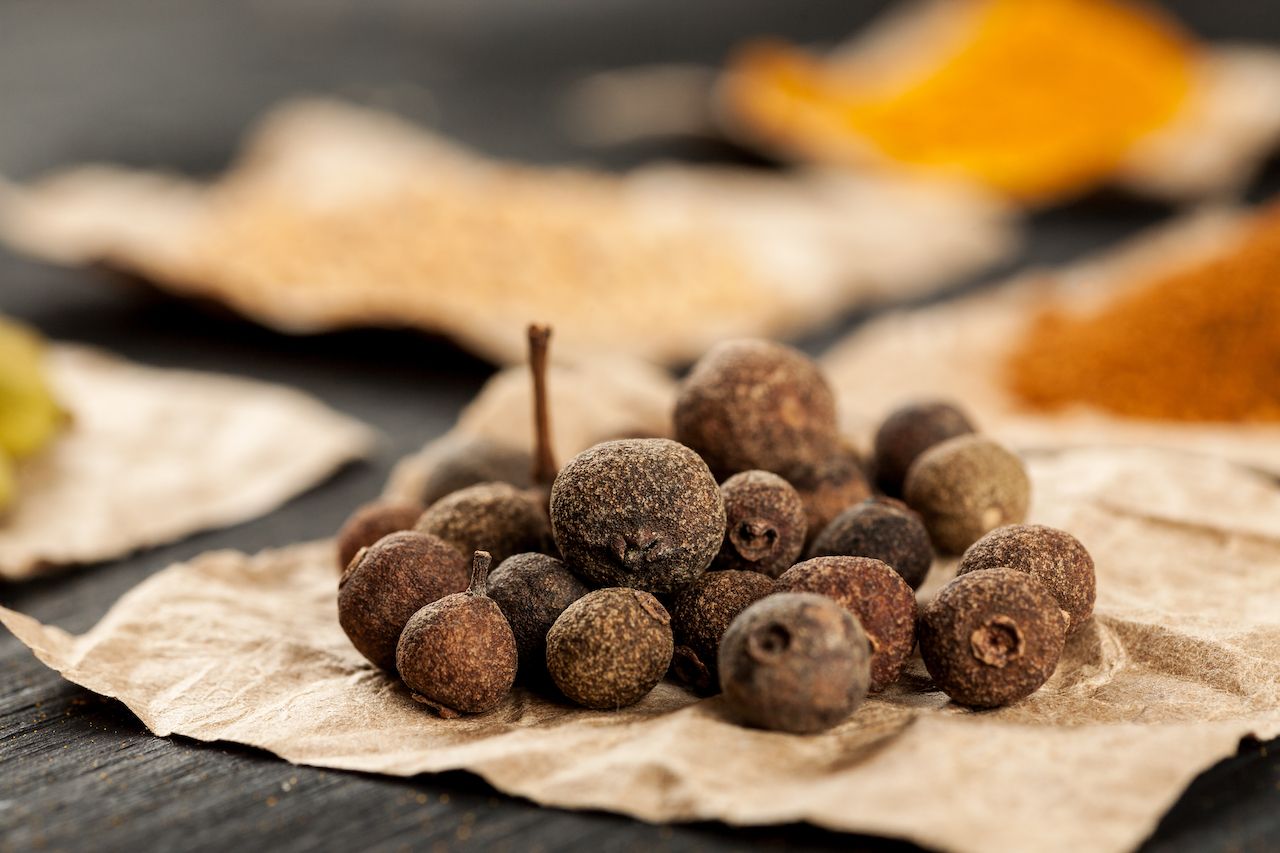 Allspice is not just a mixture of all the other holiday spices. In fact, as it’s originally from Central America, it’s the only spice on this list that’s not from the Eastern Hemisphere. The scientific name is Pimenta dioica because the Spanish originally believed it was a type of pepper (pimienta). The common name comes from its aroma, which is like a blend of cinnamon, cloves, and nutmeg. Ancient Mayans used allspice for embalming and flavoring. 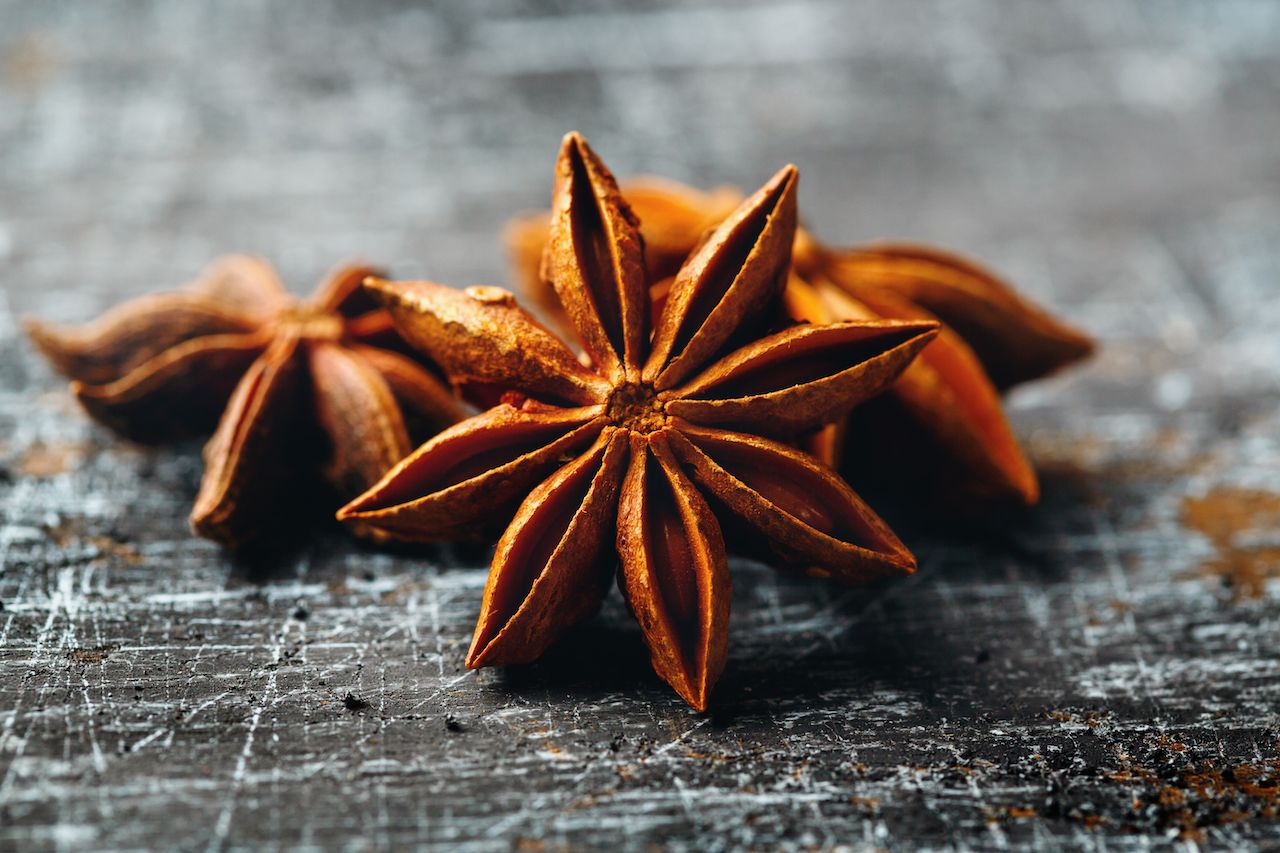 Anise hails from Southwest Asia and the eastern Mediterranean. It’s long been used as a digestive, and its licorice flavor features prominently in many early European liqueurs. 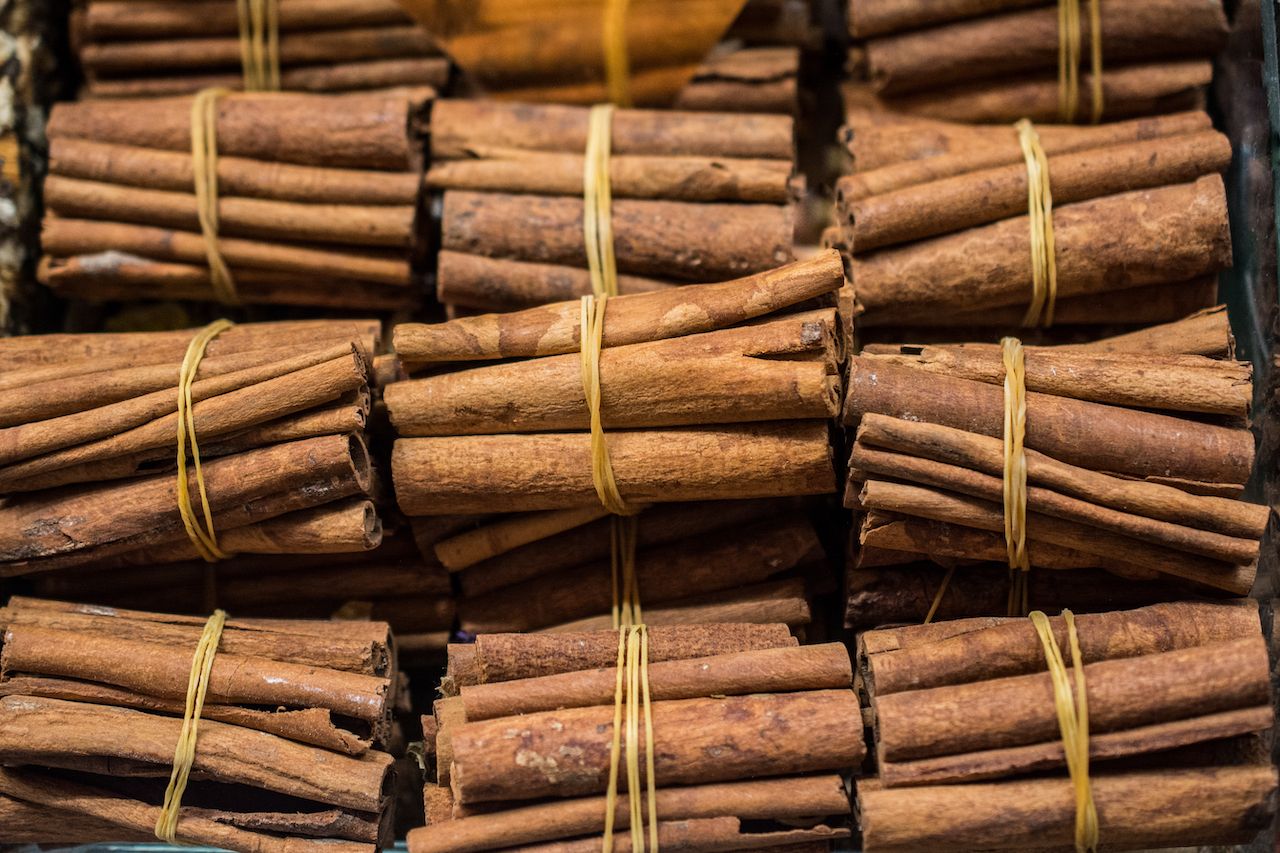 There are two types of cinnamon common today. True cinnamon, or Ceylon cinnamon, comes from the inner bark of a tree native to Sri Lanka called Cinnamomum verum. A second variety grows in China and Indonesia and comes from a related plant, Cinnamomum zeylanicum. The latter is what people in the US are most familiar with while the former is thinner and has a lighter taste (and is also more expensive). Ancient Egyptians used cinnamon in embalming and spiritual ceremonies while Europeans have long coveted the spice for baking. 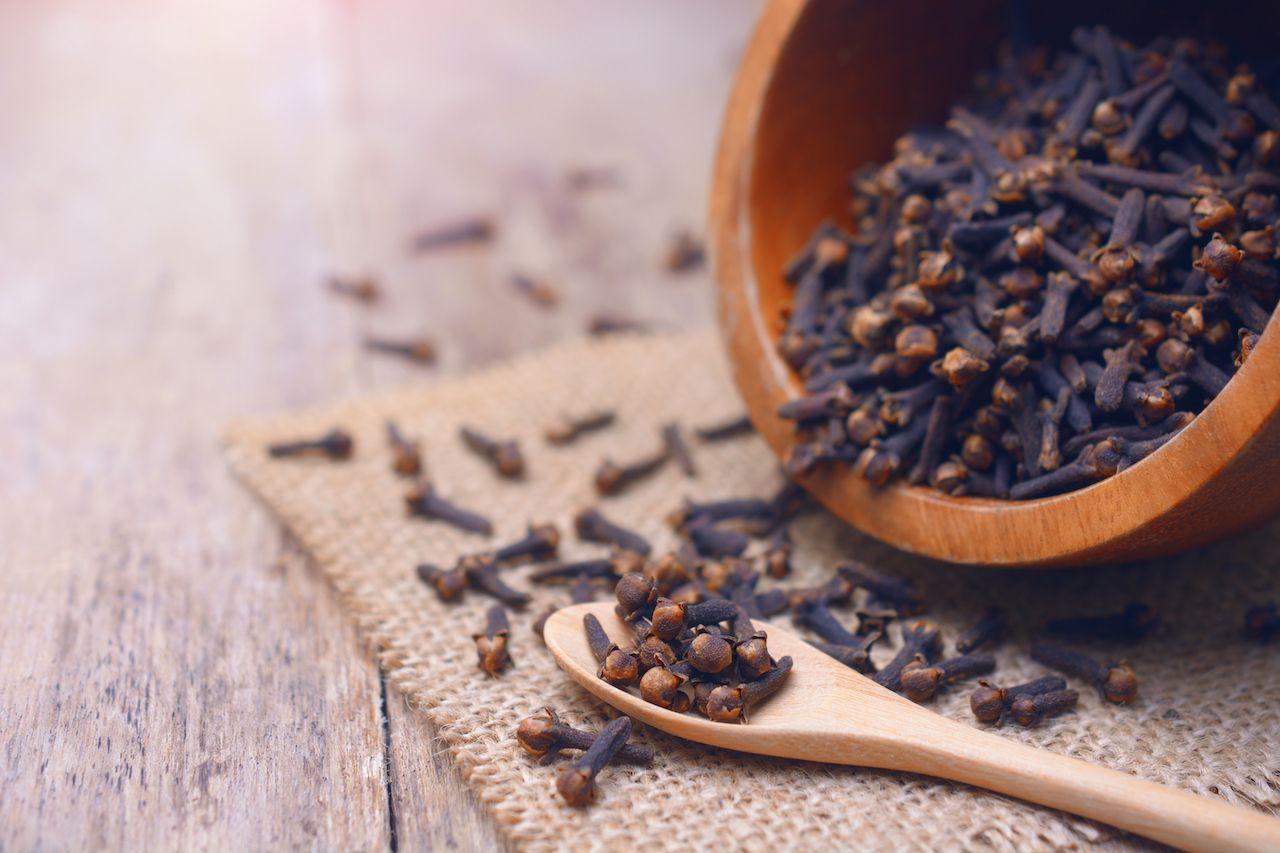 Native to present-day Malaysia, cloves are a dried flower bud that get their name from the Latin for nail, clavis. According to Trinklein, use dates back 6,000 years to China, when messengers kept cloves in their mouth to ward off bad breath while speaking with the emperor. 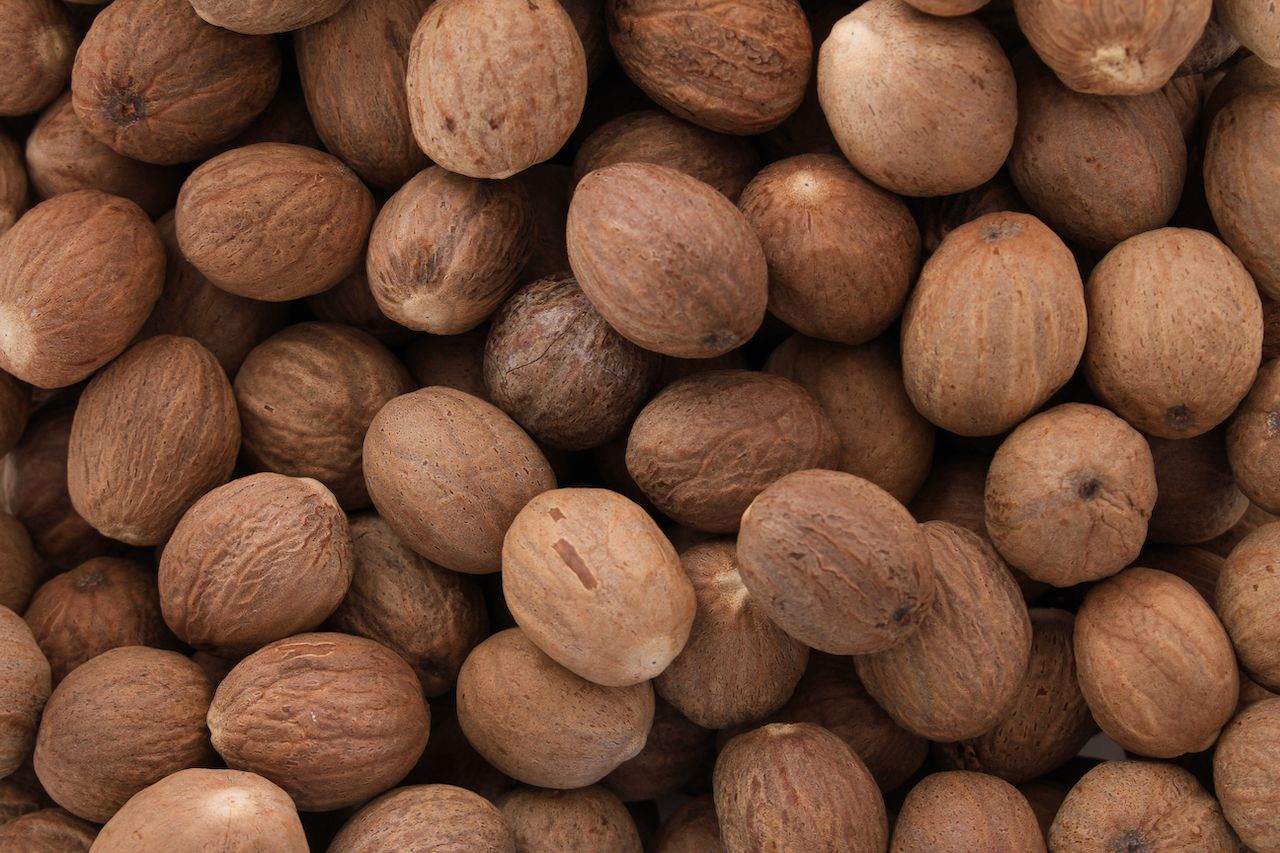 Nutmeg comes from Indonesia and is a seed, not a nut. It was historically one of the most expensive spices because of its limited growing region, but it was brought to the Caribbean at some point and now thrives in Grenada, giving the island the nickname “Nutmeg Island.” If it weren’t for the craze for nutmeg, New York City might have been a much different place. The English and the Dutch battled over Indonesia’s nutmeg-growing islands in the 1600s. In a treaty, the English traded one of these islands, Run, for the then Dutch-owned island of Manhattan.

DessertWhere All the Chocolate You Eat Really Comes From
Tagged
Food + Drink Holidays
What did you think of this story?
Meh
Good
Awesome