In the list of Valentine’s Day traditions, going to a romantic dinner at a destination-worthy restaurant is right behind roses and a box of chocolates. Research over the past decade shows that people are increasingly spending more money on Valentine’s Day. One data set shows that restaurant reservations can spike by more than 400 percent on the holiday, making it the second busiest day for restaurants after Mother’s Day.

Not this year. 2021 has the potential to be the year that Valentine’s Day dates at destination restaurants finally fade into memory like TV dinners and three martini lunches. And that’s OK.

Valentine’s Day will be different this year for the same reason that everything else in the world is different: We’re living in a global pandemic. Maskless, indoor dining comes with the inherent risk of spreading or catching COVID-19, and in most places it’s strongly discouraged. So take advantage of stay at home orders and dine in with your loved one this Valentine’s Day.

While on a work assignment, I recently ate indoors at an intimate restaurant for the first time since last March. Every light cough from across the room was as jarring as a breaking news alert, as was every time a diner at a table close by mentioned how they had escaped up to Colorado from Arizona. The restaurant is billed as one of the most romantic in Denver, and on a pre-pandemic night this would surely be the case. Yet romance has a way of fizzling out when the unsexy topic of a virus that spreads through the air keeps coming up.

Data on Valentine’s Day plans show I’m not the only one who is having reservations about making a reservation. The National Retail Federation has surveyed American spending habits during the holiday since 2004. While 34 percent of people said they were celebrating with a night out in 2020, only 24 percent said they would do the same in 2021 — the lowest percentage in the 17 years the NRF has collected responses. For comparison, 27 percent of respondents said they plan to buy gifts for their pets. 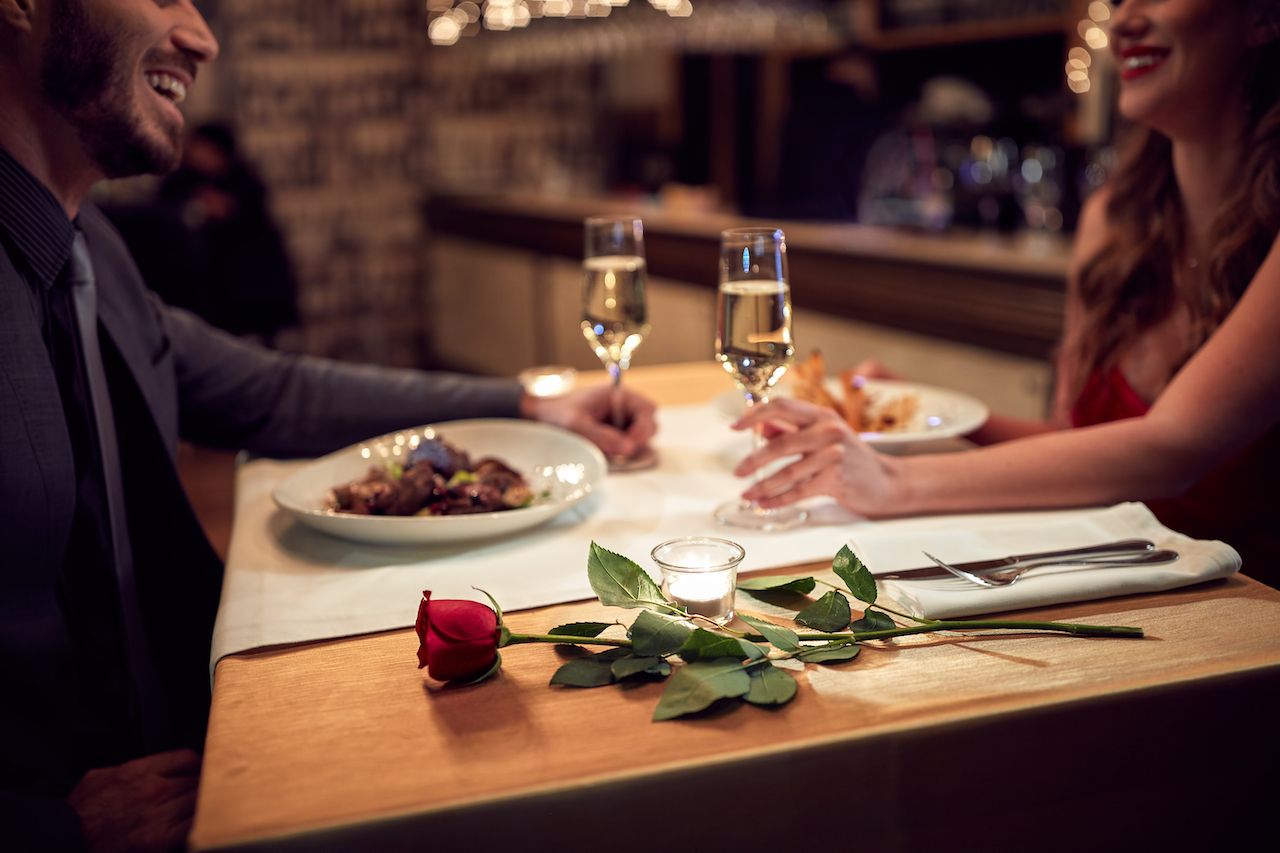 The global situation that led to this decline is unequivocally bad. Yet it also presents an opportunity for people to reevaluate the whole tradition of destination Valentine’s Day dining.

Valentine’s Day is a commercial-driven holiday that forces people to spend money to prove they’re in love. Sure, humans inherently crave intimacy, acts of devotion, friendship, and love, but on Valentine’s Day execution often falls flat. A table for two that’s a foot away from another table for two isn’t exactly intimate. The ease of eavesdropping on a potentially juicy conversation aside, you’d be hard-pressed to come up with a case that being crammed next to strangers is preferable to a private dining experience.

The food is never very appealing either. On Valentine’s Day, restaurants often prix-fixe menus that are altered to make it easier on the kitchen staff, who have to churn out more food than they do on an average night. Prices, on the other hand, are often jacked up.

The argument for eating at a restaurant on Valentine’s Day isn’t new. The Washington Post went so far as to write a story titled “Why you should never go out to dinner on Valentine’s Day” in 2018. For those who prefer their opinions in bite-sized segments, there’s a tweet for that: “Just a little snippet of advice from a restaurant industry veteran: don’t dine out on Valentine’s Day, your service will suck, you won’t get the table you want, and you’ll be boxed into a prefix menu. Opt for the Monday before or after. Plus, you’re not that basic are you?”

It’s not even all that great a deal for the restaurant owners. A 2018 USA Today report found that local restaurants see an increase of four percent in diners and an 18 percent increase in the average check cost. That came along with negatives like lingering diners who took up a table for too long, higher labor costs, prix-fixe menus with little room for upselling or creativity, higher ingredients costs for key items like lobster and steak, and an expanded budget for extra decor. Additionally, restaurant bookings are typically far slower on the days surrounding Valentine’s Day, which can make the net gain for the week or month negligible.

To be fair, restaurants are hurting right now, with many are on the brink of permanent closure, and supporting the places you love today may help them stay open in the days ahead. Yet individuals alone can’t sustain the entire industry after safety restrictions and regulations have hampered most, and in some cases all, of the ways that restaurants make money. Restaurateurs trying to weather financial hardship need help from a patchwork of landlords who control leases, investors, and the government. Valentine’s Day will not, and never has been able to, provide enough income to save restaurants. If you want to support your favorite restaurant during the pandemic, order take out instead, and tip well.

All over the country, in all aspects of society, people are reevaluating many different parts of modern life during this never-ending pandemic year. Don’t let misguided romantic dinner ideas about Valentine’s Day escape scrutiny. Embrace alternatives to a fancy night out that doesn’t put your sweetheart, or the restaurant staff, at risk. Put those cooking skills that you picked up while locked inside for the better part of a year to use. Do it this year, and in the years following, because it’s well past the time to let Valentine’s Day destination dining fade out.

Holidays11 Valentine’s Day Traditions Around the World
Tagged
Holidays Restaurants + Bars
What did you think of this story?
Meh
Good
Awesome