Somehow when we travel we automatically turn into a giant mass of self-hating hipsters. “Yeah, Venice was nice,” we say, “but it was so full of TOURISTS.” Like we’re not one of them. Then we immediately go on a search to find a place that’s undiscovered and definitely not full of tourists. Then every other tourist-weary traveler does the same thing, learns about the same undiscovered spot, and the whole cycle repeats itself.

With a little time left in summer, and ample time to plan the rest of your 2018 travels, we thought we’d help you get a jump on the masses in finding the spots that won’t be full of tourists — yet. All of them are still pretty authentic, but in coming years might not be. From lesser-visited countries in South America to the increasingly accessible South Pole, here are seven destinations you should hit before the rest of the world gets there. 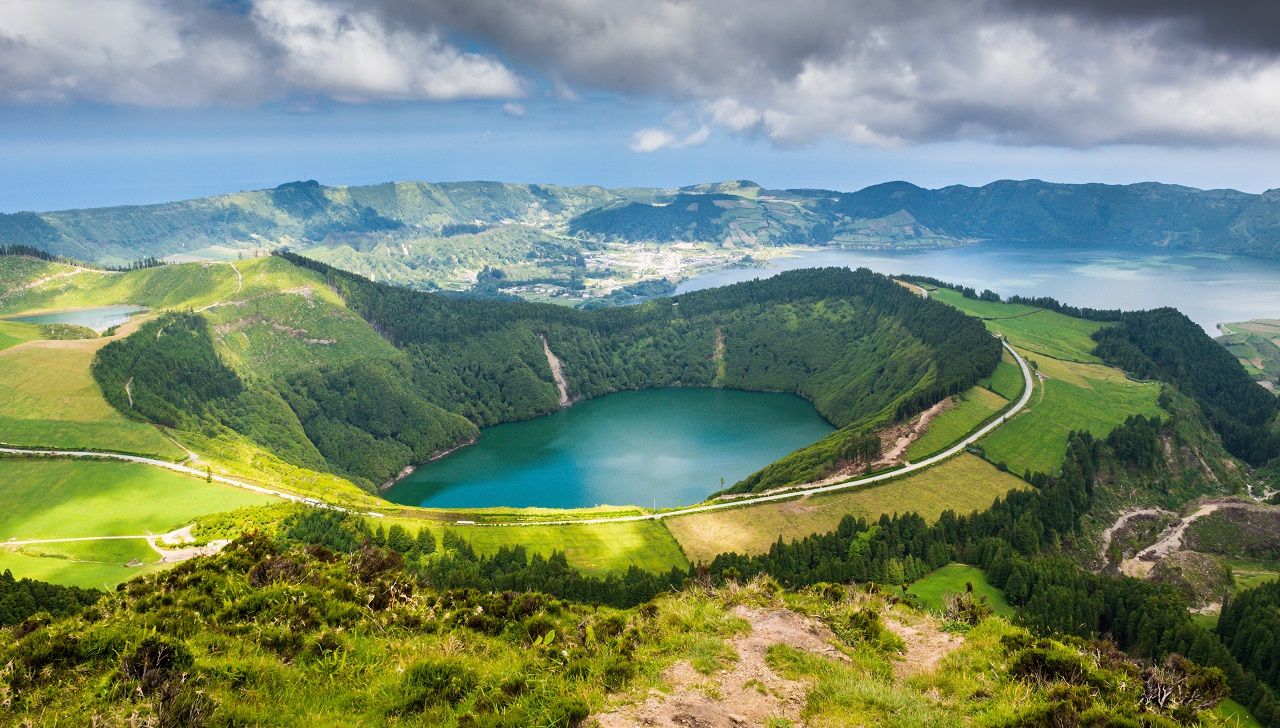 The secret of “Europe’s Hawaii” is out, bigtime. And though not everyone has had a chance to jump on Delta’s new nonstop flight from JFK to São Miguel in the Azores Islands, it’s already topping people’s list for 2019. This volcanic archipelago in the middle of the Atlantic is part of Portugal, though it feels just as remote as islands you’d find in the South Pacific. They’re a little like the Caribbean-meets-Iceland-meets-Central America-meets-Mediterranean — so basically everything a traveler could ever want. The landscape is a combination of steaming volcanoes, steep emerald hills, red-roofed buildings, and lakes in craters. Its remote location 800 miles from Portugal has kept it relatively undisturbed, garnering it a 2009 UNESCO designation as a Biosphere Reserve. It’s also home to the World Heritage City of Angra do Heroísmo on the island of Terceira.

The natural wonders will keep you busy with everything from hiking up live volcanoes to whale watching to rappelling into deep tropical ravines. But it’s also one of the best destinations in the world for seafood, and Caldeiras e Vulcões in São Miguel is possibly the only place where you can eat a seafood stew cooked in the heat of a live volcano. Go this year and you might be the first of your friends to visit this previously-inconvenient locale. Wait a while and it’s bound to be a warmer version of Iceland. 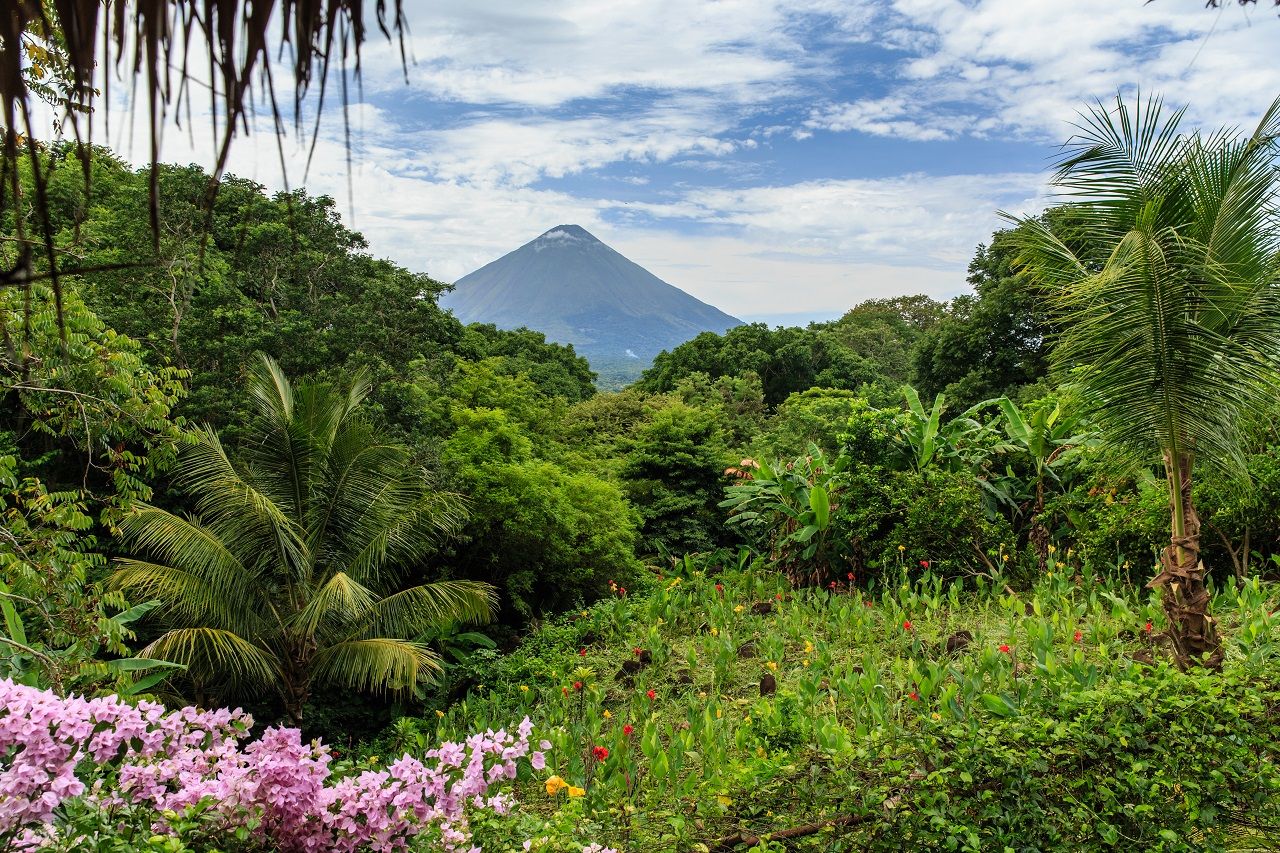 For decades, Costa Rica was the it Central American destination for backpackers, until hordes of families on ziplines overran it. Now, intrepid adventurers are setting their sights just north to Nicaragua. This country with both Pacific and Caribbean coastlines saw a 28 percent increase in visitors in 2017, mostly thanks to its relative safety and security. But the place is still pretty wild and untamed, in the way Costa Rica used to be — but probably not for long.

Though the Managua airport might still feel a little…rustic…heading out to the coast here will feel nothing short of a vacation to paradise. Towns like San Juan del Sur, La Boquita, and El Velero already draw wandering beach bums for their affordable living and stunning coastline. But Nicaragua is about more than just beaches, with cultural festivals all year that showcase both its indigenous and Spanish heritage. Try and plan your trip around the hípicas — horse parades that are almost like a horseback carnival that originally started as a way to honor patron saints. Or aim to visit in January for the feast day of St. Sebastian, also known as Diriamba. This festival features dancing, fireworks, and a centerpiece play called El Güegüense. And, more importantly for you, it’s a traditional time for people to offer food and drinks to visitors. 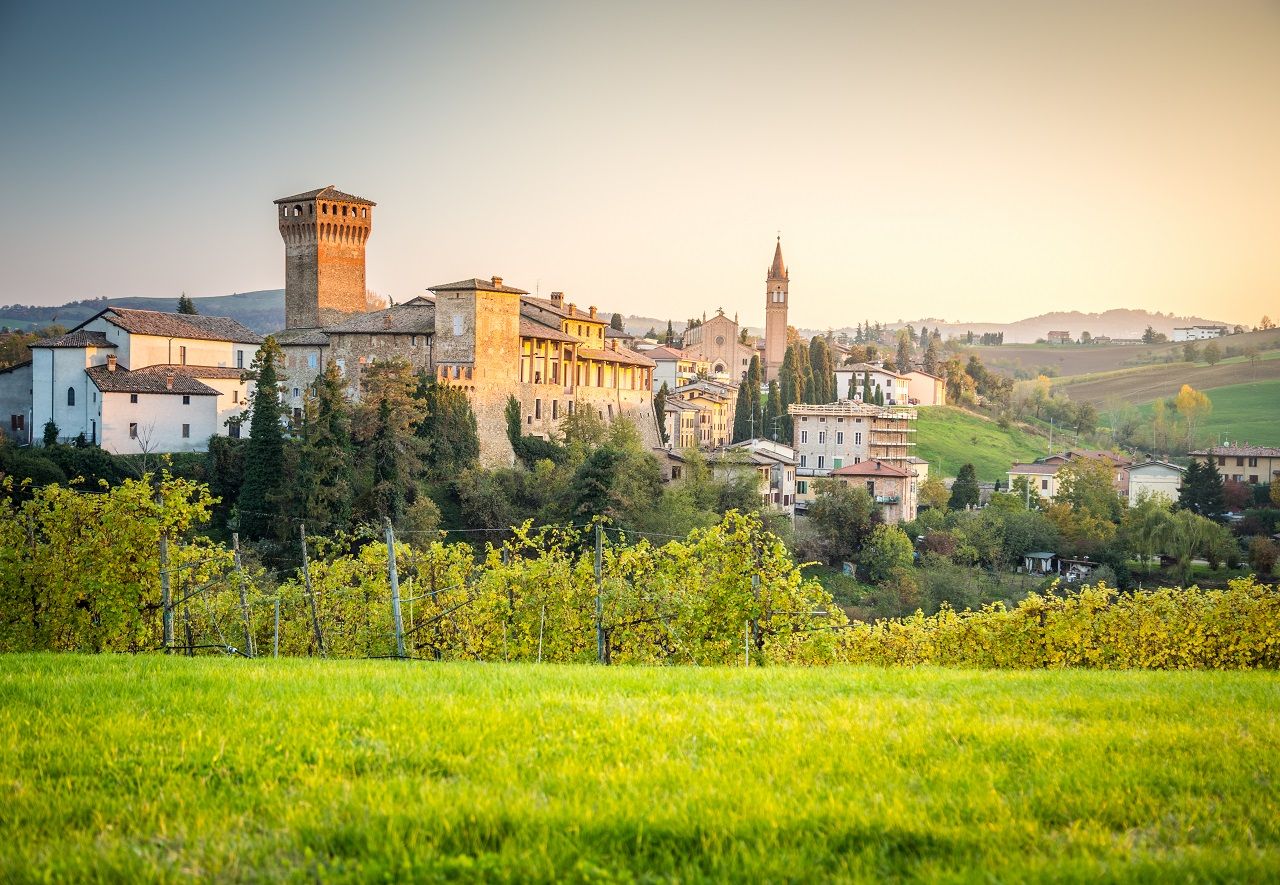 Not that the architecture in Bologna — home to the oldest university in the world — was a big secret. Nor was the food in Modena, home to Osteria Francescana, this year’s best restaurant in the world. But both places were kind of abstract; you’d heard of them, but you couldn’t really picture them the way you could the ruins of Rome or the turquoise waters of the Amalfi Coast. So until recently, the region of Emilia Romagna where they both reside had been relegated to “Maybe next time I’m in Italy.”

But then Master of None shot a mouth-watering half-season in Modena and discount airlines started flying to Italy, and all of a sudden people who’ve been putting off visits here are going en masse. And why shouldn’t they? Because in addition to streets that look like the Italy you imagined from history books, and food so good you don’t ever need recommendations, this area is also the car capital of speed-mad Italy. As home to Maserati, Lamborghini, Ferrari, and other top manufacturers, it allows you to visit Enzo Ferrari’s birthplace, tour the Lambo factory, and even drive these speed machines on F1 race tracks. Walking through Emilia Romagna, you can almost see Ghosts of Tour Bus Future clogging the streets. But for now, it just seems authentically Italian. 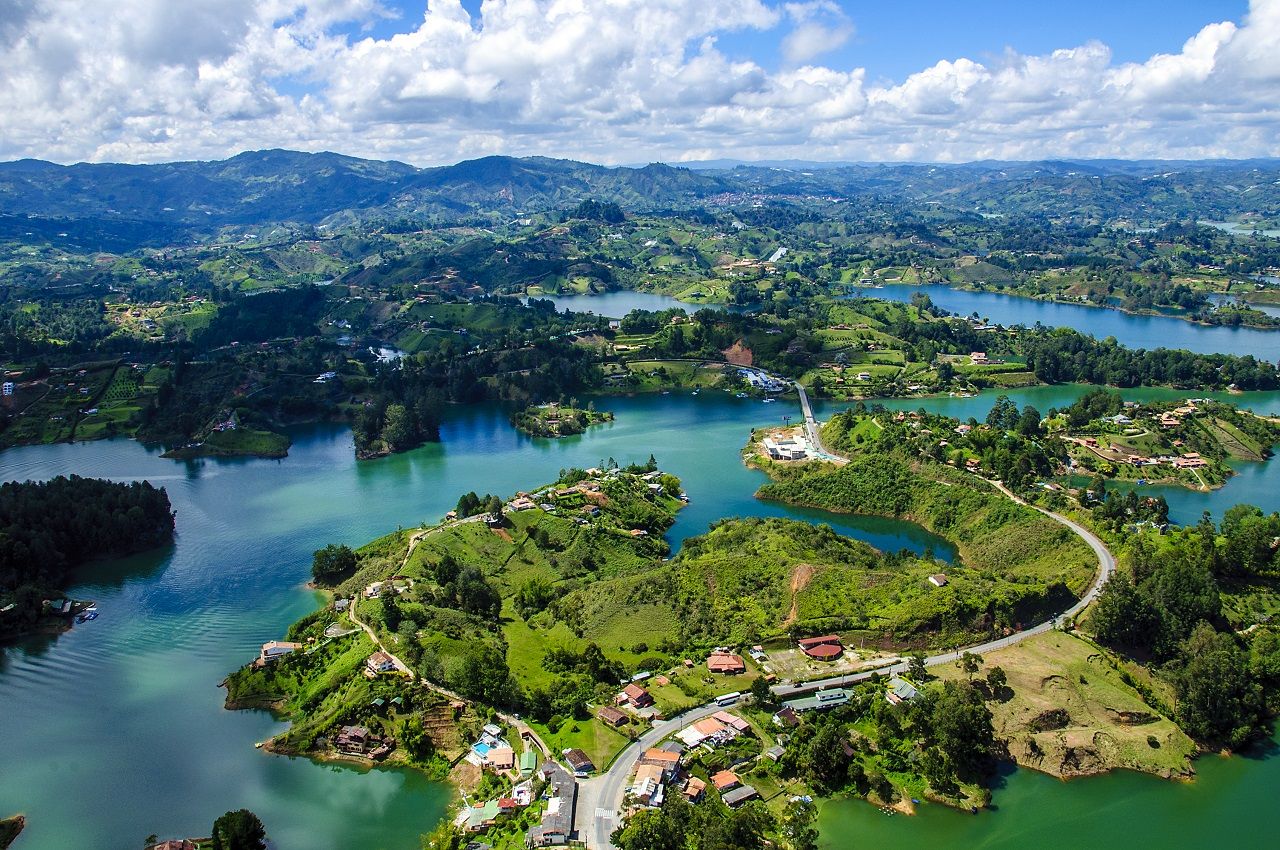 Colombia recently had one of the greatest tourism slogans of all time when it announced to the world: “The only risk is wanting to stay.” Years of relative peace in this one-time drug-infested coastal nation have made it an attractive destination for Americans. With short flights from Florida and Texas increasing every year, it’s quickly becoming the go-to destination for folks seeking a cultural experience and a cheap place to party.

Cartagena — the walled colonial city with some of the country’s best beaches and arguably its best restaurants — may already be lost to tourists. But that doesn’t mean you can’t still get all that stuff elsewhere, minus the crowds. The beach cities of Barranquilla, Santa Marta, and San Andrés are every bit as spectacular and not quite as blown up. You can find colonial architecture in smaller inland towns like Mompox, Barichara, and Popayán. If you’re looking for nightlife, nowhere in the nation tops Medellín, the club capital of the country where you can have the night of your life for under $100. And for outdoor adventurers, Ciudad Perdida (aka The Lost City) is being touted as the next Machu Picchu for historical-ruins enthusiasts. 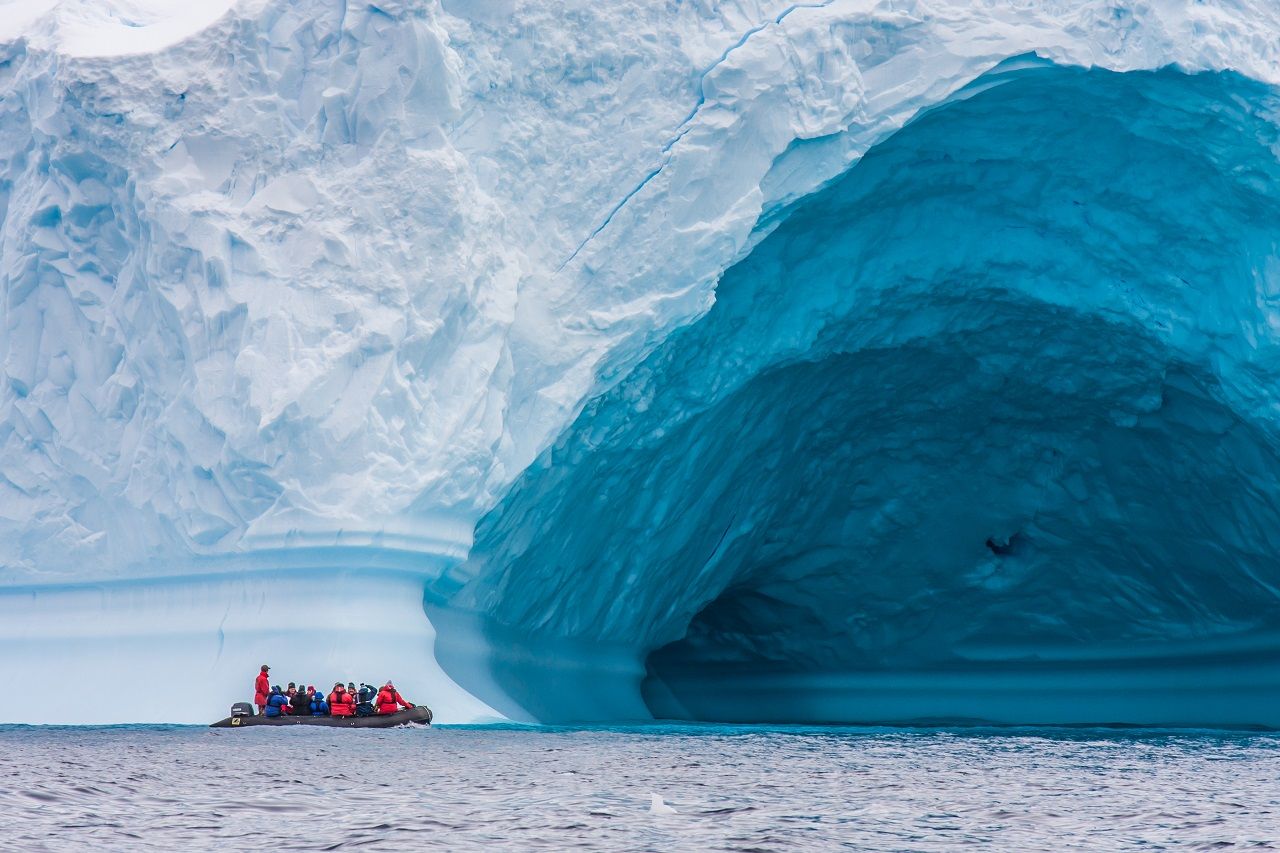 Not that Antarctica is necessarily easy to get to now, nor is it at risk for being completely covered in tourists. But where once it took years of scientific training and months away from home to visit, now all you need is a couple of weeks and a box of cash, and you too can be frolicking with penguins near the South Pole. Cruise lines like Silversea have launched luxury expeditions here from Ushuaia in the past couple years, and regular commercial air service is already rumored from LADE airlines and possibly China.

With 40,000 tourists a year coming to Antarctica, the Marambio Base now devotes 10 percent of its lodging for tourists. Not exactly a St. Regis, but the first signs of a budding tourism industry. Nevermind that this vast, remote wasteland is, in fact, wasting away and may not even be around for your children or grandchildren to visit. In a decade or so it may see more cruise ships than research vessels. For now, it’s still pretty uninhabited. But scroll through your Instagram this fall and see how many pictures you see of a land that was once thought unreachable. 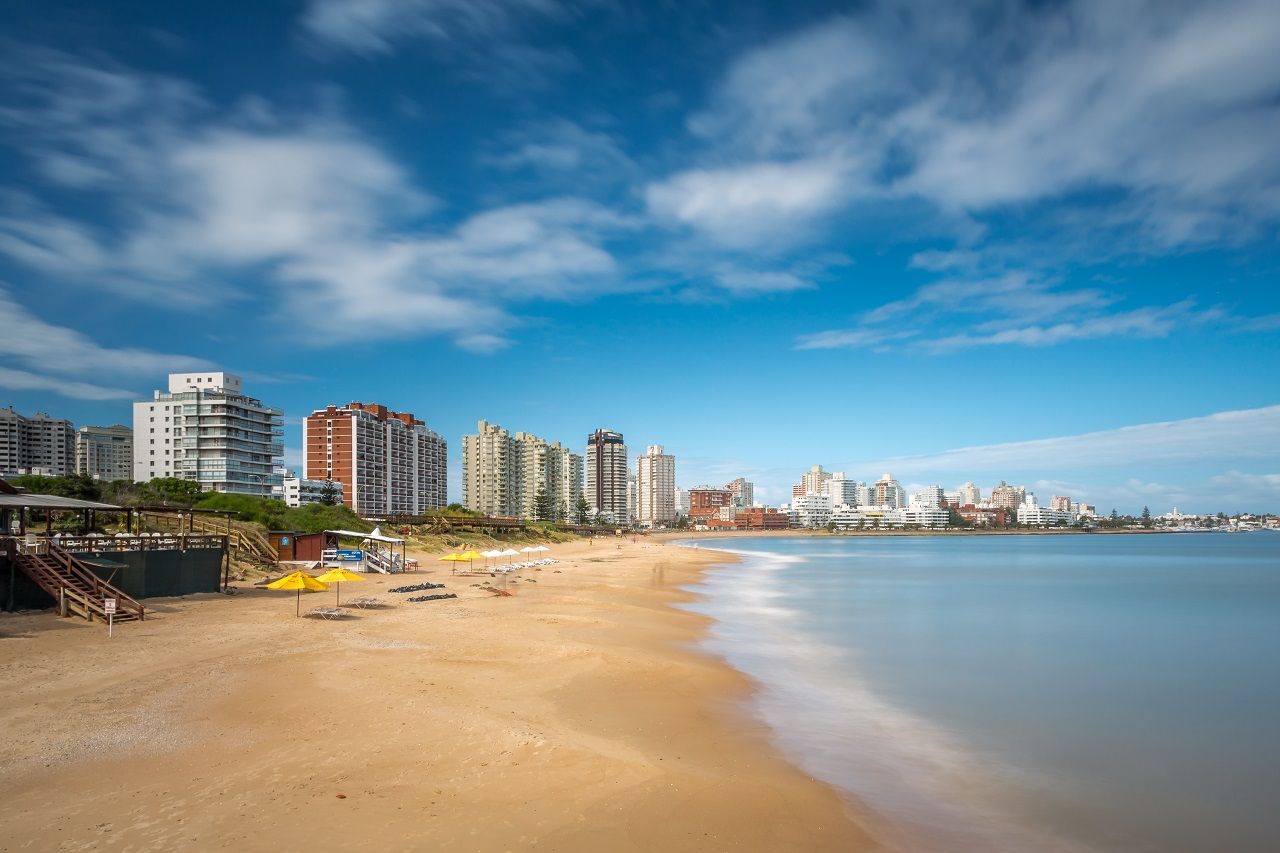 When Americans think of South America’s best beaches, this little country wedged between Argentina and Brazil often gets overlooked. For now. As travel to South America gets easier and beaches in Brazil and Chile fill with tourists, more people will be looking for a hidden gem. And Uruguay’s first on the list. This beach-heavy country saw a 30 percent boost in tourism in 2017, with nearly three million visitors pouring in — and for good reason.

The capital city of Montevideo is one of the grandest showcases of colonial architecture on the continent, with 15 miles of beaches and some of the best barbecue restaurants in the world. Steak here is king, and much like you’d find in Argentina, fine steak dinners here are both cheap and spectacular. Elsewhere on the coast lie the beaches of Punta del Este and José Ignacio, swanky escapes for Latin-American celebrities that are gaining international attention for their nightlife and hospitality. Carnival here lasts two months, so if you want the same crazy party without the frenzied masses of Brazil, it’s an excellent alternative. Oh, and marijuana is legal here too. 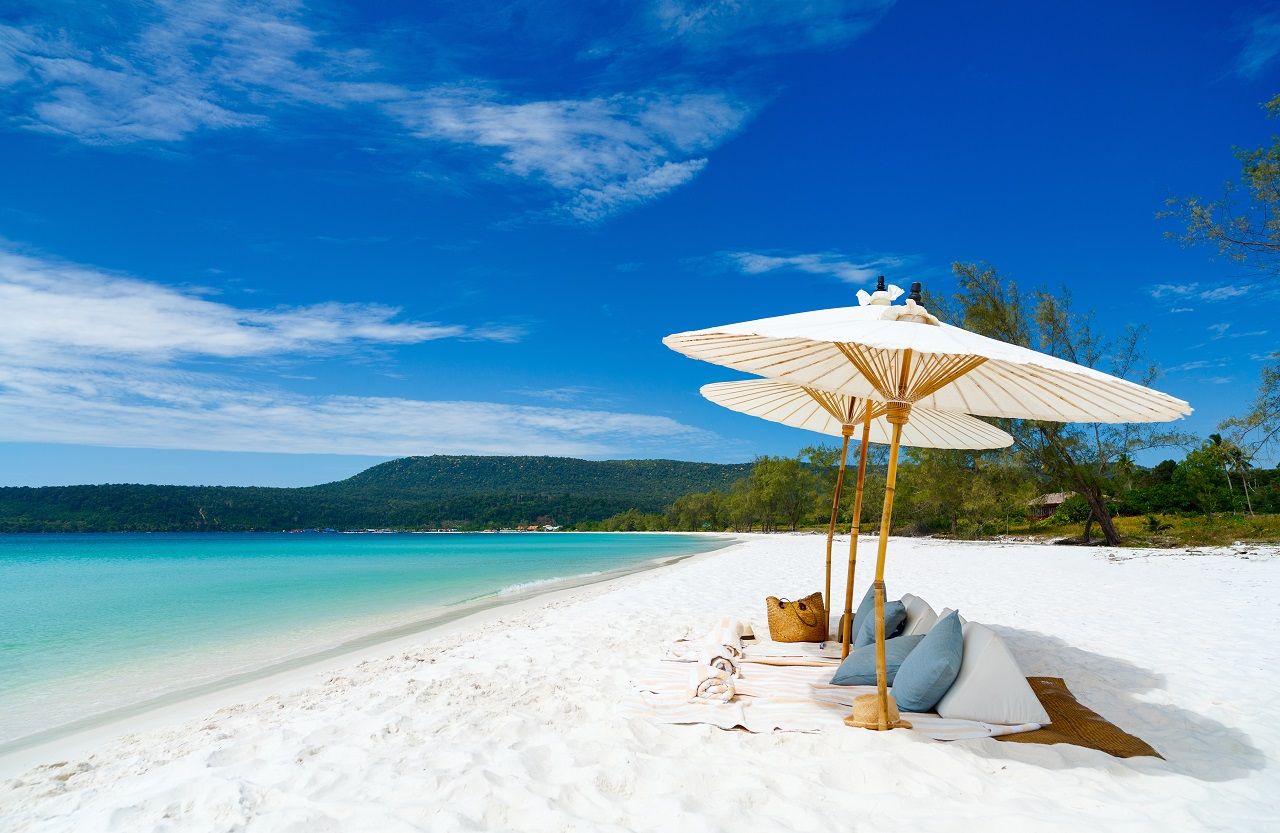 This southeast-Asian paradise has long emerged from its Killing Fields past, and with sites even more impressive than its tourist-laden neighbors in Thailand and Vietnam, it’s quickly gaining traction as the new “it” spot in the region. That’s not to say tourists haven’t discovered the place a little bit already: the temple complex at Angkor Wat is one of the most recognizable sites in the world. But slowly, word’s getting out about the rest of the country’s natural beauty, and it may not be long before you’re fighting masses in more places than one.

Cambodia’s beaches are spectacular, and the islands off the coast offer all the scenery and raucous parties of Thailand with a less-crowded feel. Head to Koh Rong if you’re looking to rage, or to Koh Rong Samloem for remote tropical beaches. The Cardamom Mountains in the northwest are the stuff of jungle-trek fantasies, with guided tours growing in popularity every year through the treacherous and dense rainforest. Staying in the capital city of Phnom Penh isn’t bad either, where you’ll wander through the energetic BKK1 and Central Markets as well as Asian art galleries like Sa Sa Bassac and Meta House. Relaxing days here may be numbered, so make the most of it while you can.

EntertainmentGame of Thrones is filming the new prequel on the Isle of Skye, so you need to visit now before the fans take over
Tagged
Trip Planning
What did you think of this story?
Meh
Good
Awesome

9 crowd-free coastal vacations in Mexico
United adds flights to Croatia, Greece, Iceland, all open to US tourists this summer
The best places to get a million-dollar view on Oahu
30 awesome Japanese idioms we should start using in English
The US will soon have 80% of the world’s countries on the “Do Not Travel” list