The time of year to get spooky is upon us, and there’s no better place in the world to spend Halloween than Transylvania, a region of Romania that’s home to centuries of vampire lore. While sinister stories about creatures of the night, prone to feasting on the blood or flesh of others, exist throughout the world, vampires have the strongest cultural significance in Romania, thanks to Bram Stoker’s Dracula.

Stoker (who, ironically, never visited Transylvania) wrote Dracula in 1897, having been inspired by the regional folklore and the historical Romanian figure Vlad the Impaler — a 15th-century noble (real name: Vlad III, Prince of Wallachia) with a thirst for blood, in the tyrannical sense. Despite not actually being a vampire, Vlad the Impaler’s grisly association with blood and gore seemed to stick to Transylvania, and associations with Dracula took hold.

These days, a trip to Transylvania is more likely to result in a visit to a peaceful village or the countryside than an encounter with a shapeshifter. However, if you’re keen on a bit of a scare, you can have the most ghoulish experience by visiting on Halloween, when many vampire-themed events and tours are on offer in Transylvania. From visiting Vlad the Impaler’s birthplace to seeing the castle that inspired Dracula’s, here is how to have the ultimate vampiric Halloween in Transylvania.

Visit the birthplace of the original vampire poster boy. 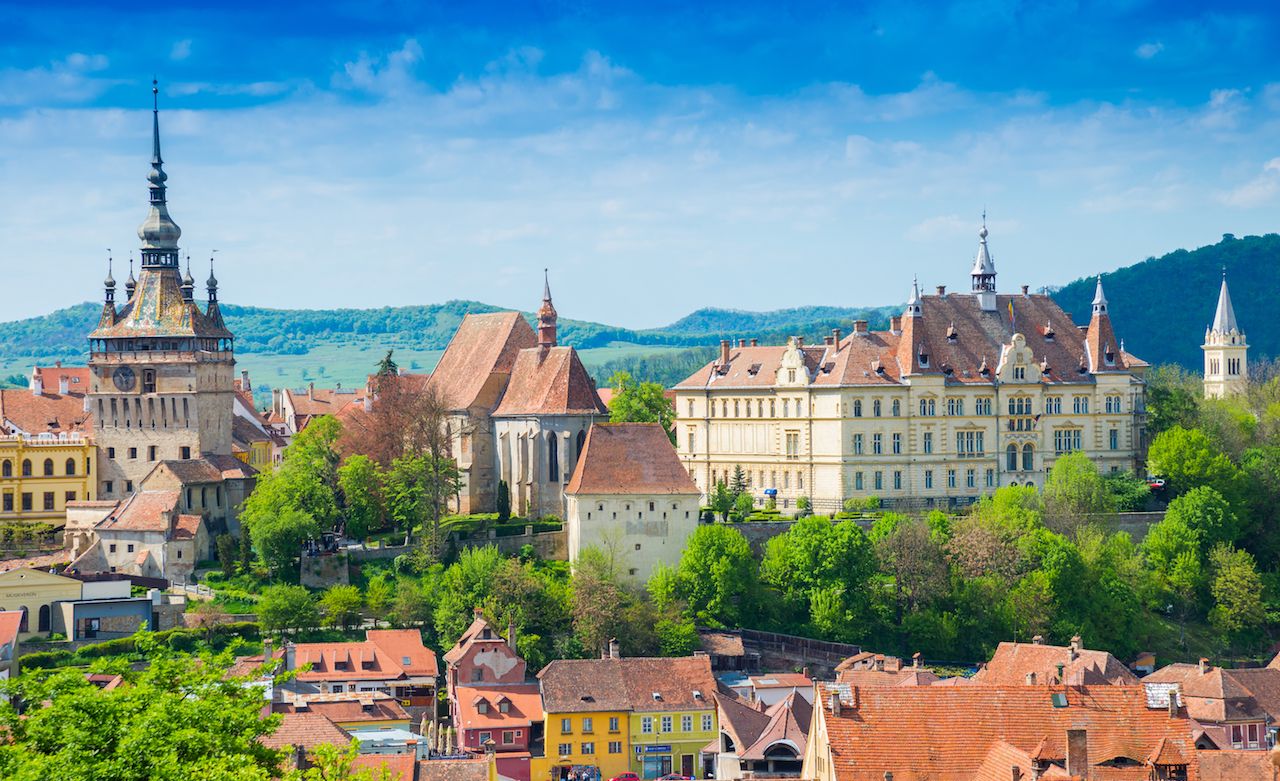 If you want to get back to where it all began, a trip to Sighisoara, located in central Romania, will allow you to visit the purported birthplace of Vlad the Impaler. The house where he lived as a child, Cositarilor Street no. 5, is decidedly not spooky — but still a cool place to check out. Sighisoara also hosts a beautiful old town, recognized as a UNESCO World Heritage site.

See the spot where Vlad the Impaler’s son was murdered. 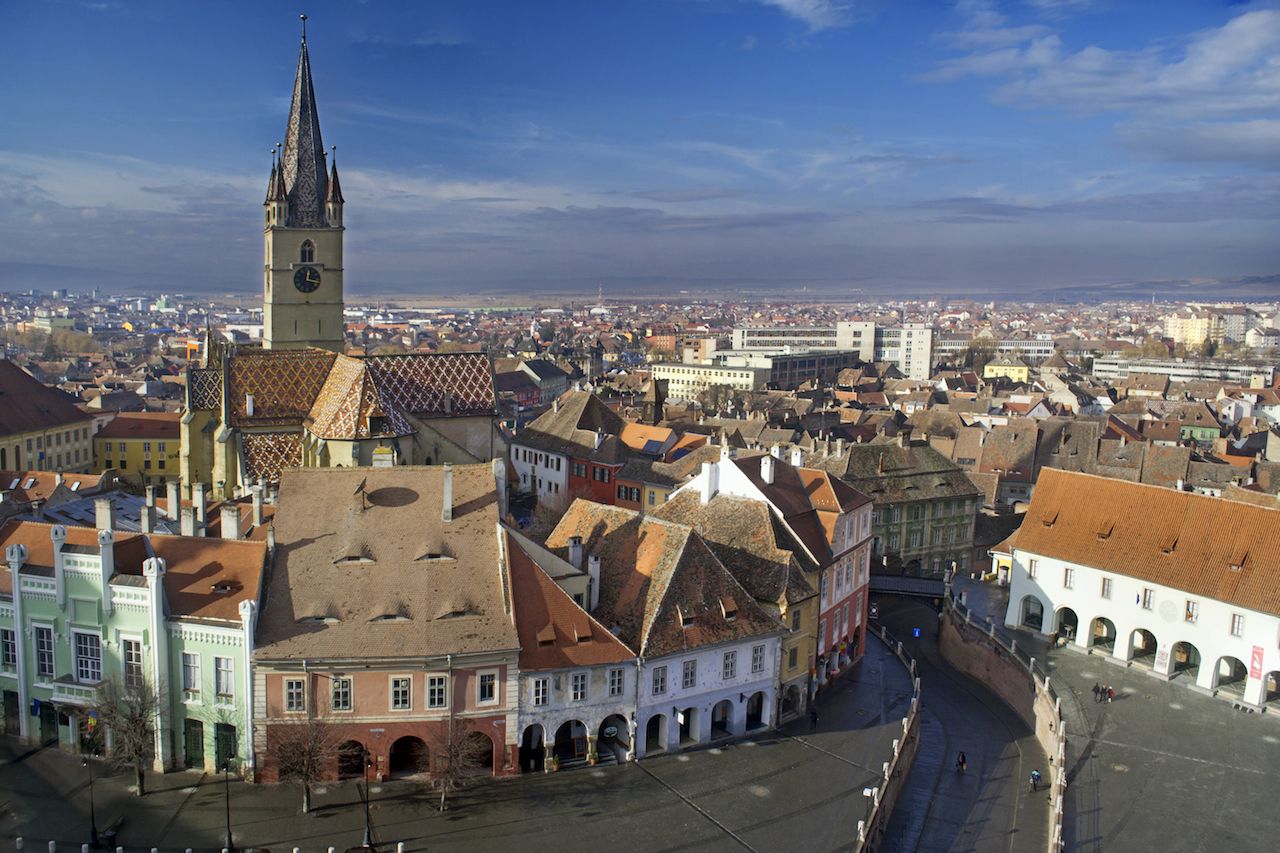 The medieval village of Sibiu is home to the beautiful Evangelical Church where Vlad the Impaler’s son, Prince Mihnea the Evil, was killed on the stairs outside the church in 1510. With a name followed by “the Evil,” you know he had to be into some sinister stuff. He certainly seemed to like cutting off people’s noses.

Eat at the vampire-inspired restaurants of Transylvania. 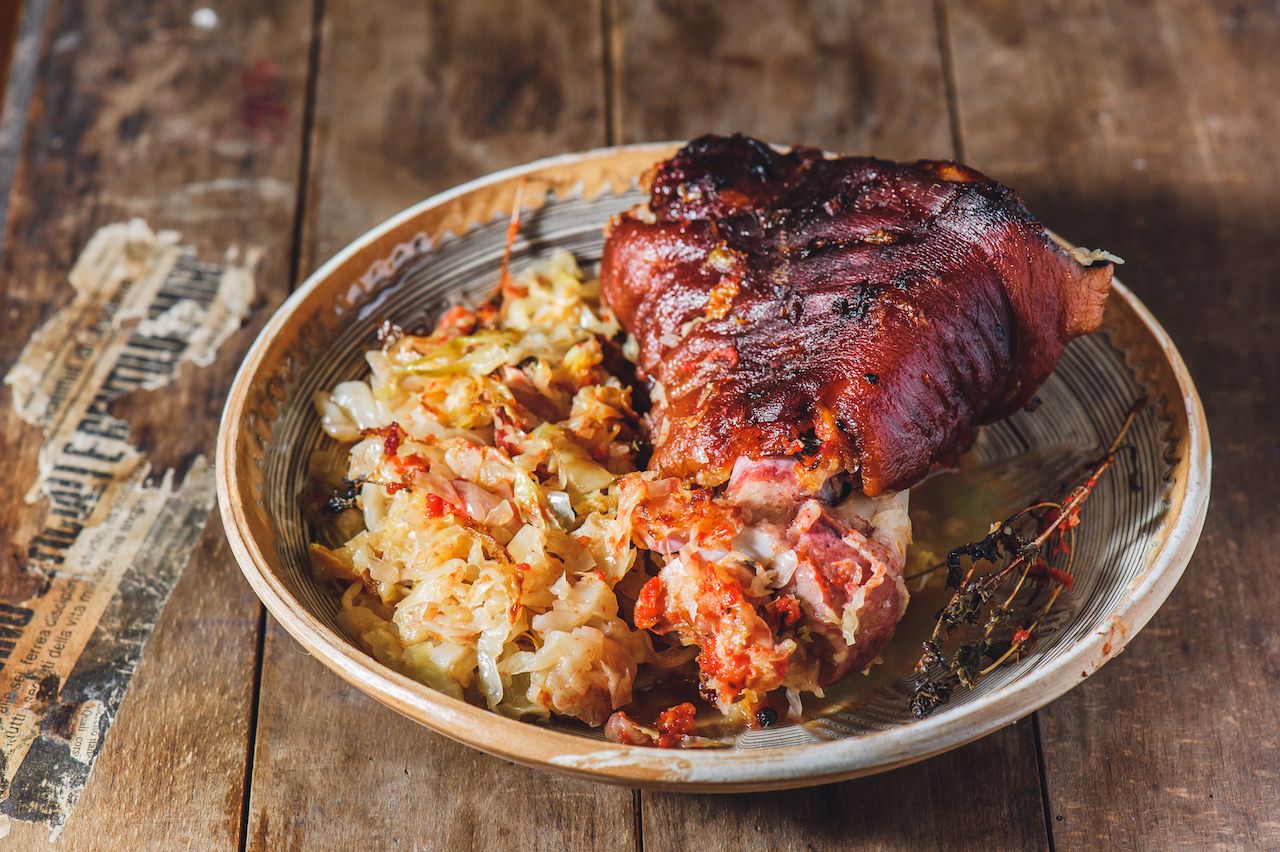 You won’t be feasting on the blood of fellow diners, but these kitsch little restaurants offer a pretty unique dining experience. With predictably meat-heavy menus, there are a number of restaurants located throughout Transylvania that offer vampire-inspired dinners — sometimes with a show. While it’s certainly touristy, you can have a full-on Dracula experience at Restaurant Casa Vlad Dracula, located in the aforementioned house in Sighisoara.

Check out the (supposed) tomb of Vlad the Impaler. 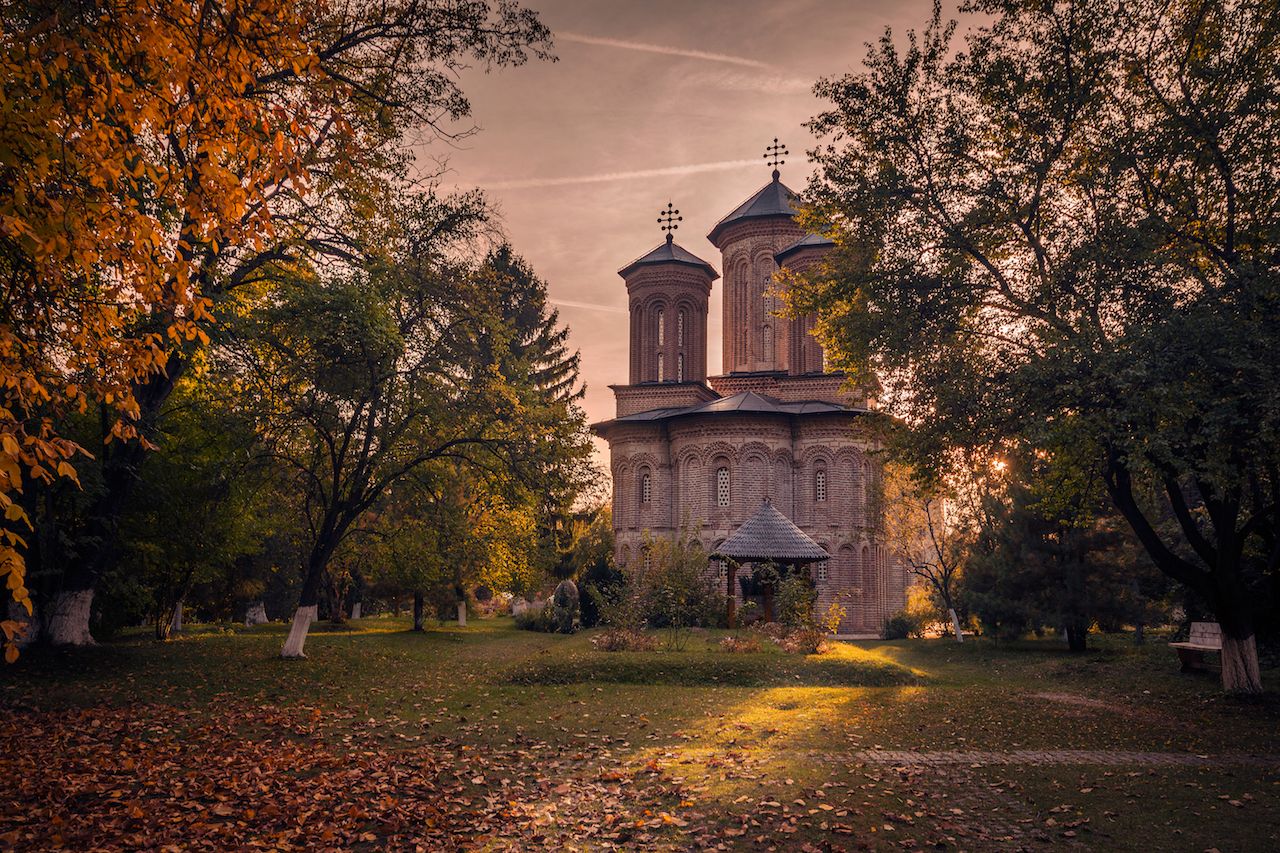 It wouldn’t be a spooky Halloween round-up without a visit to some sort of burial ground. Snagov Monastery is supposedly the site of Vlad the Impaler’s tomb — but it seems no one can quite agree on whether that’s true or not. Regardless, you can see the tomb towards the back of this beautiful little church, which is well worth a visit — even if we aren’t sure that it actually contains the famous Vlad.

Visit the ruins of Poenari Castle. 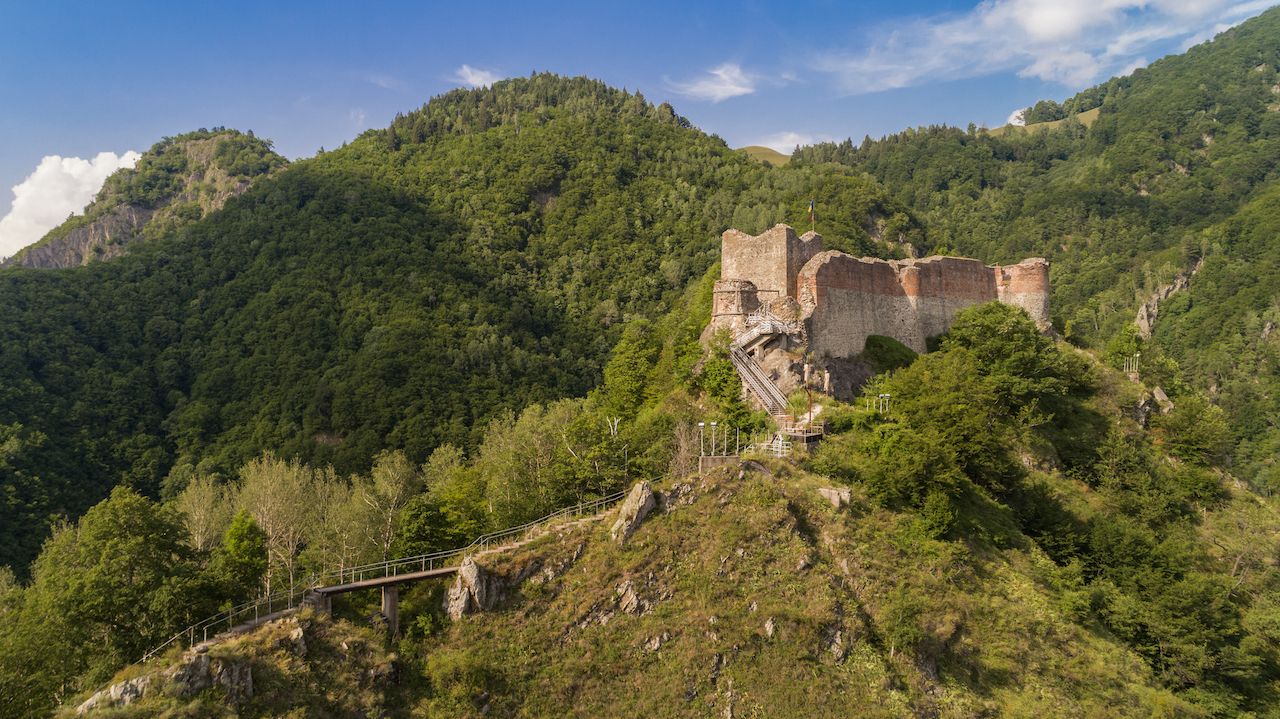 The ruins mark the former site of Poenari Castle, a castle that Vlad the Impaler loved and eventually converted into a main residence. Situated on the top of a cliff, it was also where his first wife, Jusztina Szilagyi of Moldavia, committed suicide during a siege. If you feel particularly adventurous, climb the 1,400 or so steps to the top and enjoy the amazing views of the surrounding area. 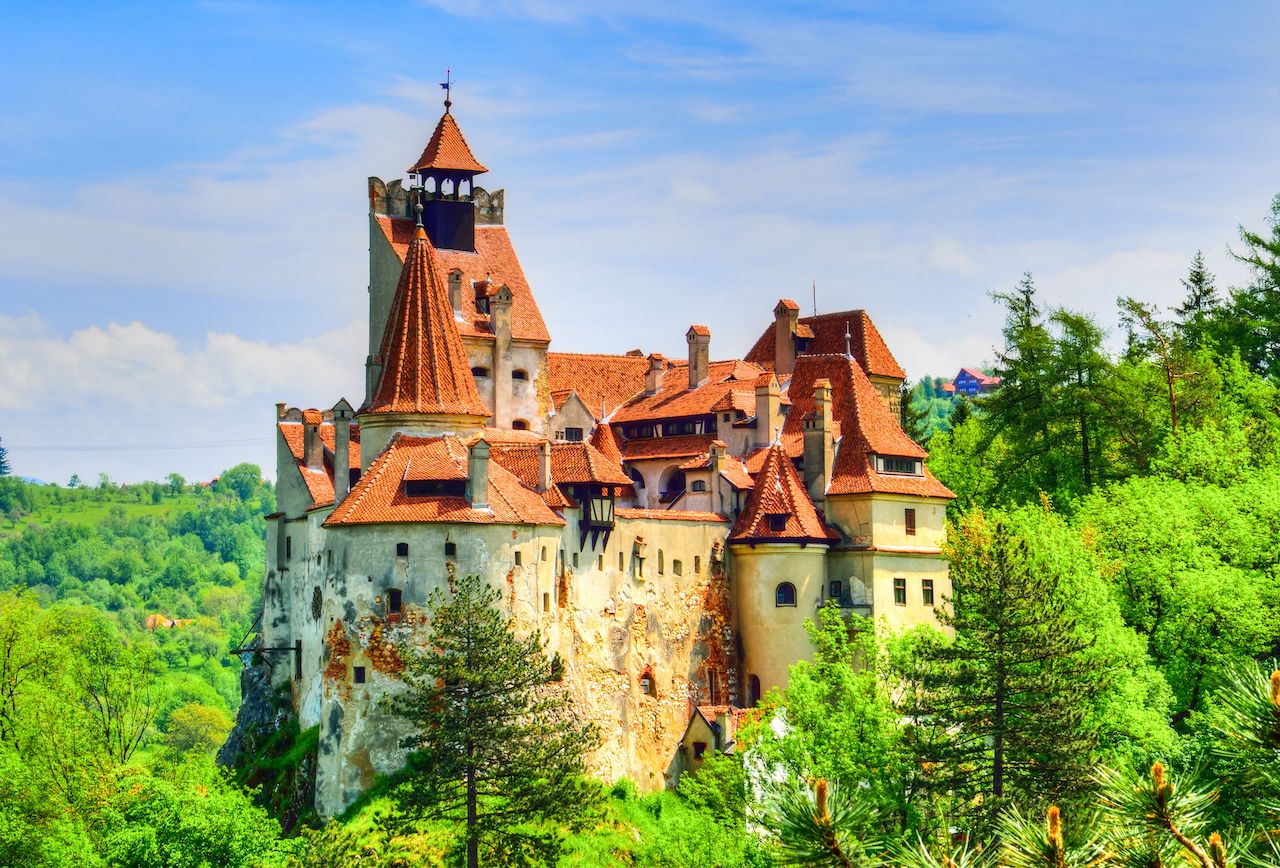 The most popular vampire-related site in all of Transylvania, Bran Castle needs little introduction. Ironically, though, this is not a castle that Vlad the Impaler actually held. It gained its popularity because of Bram Stoker’s Dracula since the author based the descriptions of his castle on this site. Built in the 1300s, it holds special events around Halloween that are sure to tempt those looking for a scare. Regardless, its many passages and creaky atmosphere are spooky enough for most. The castle hosts its own Halloween party, as well. 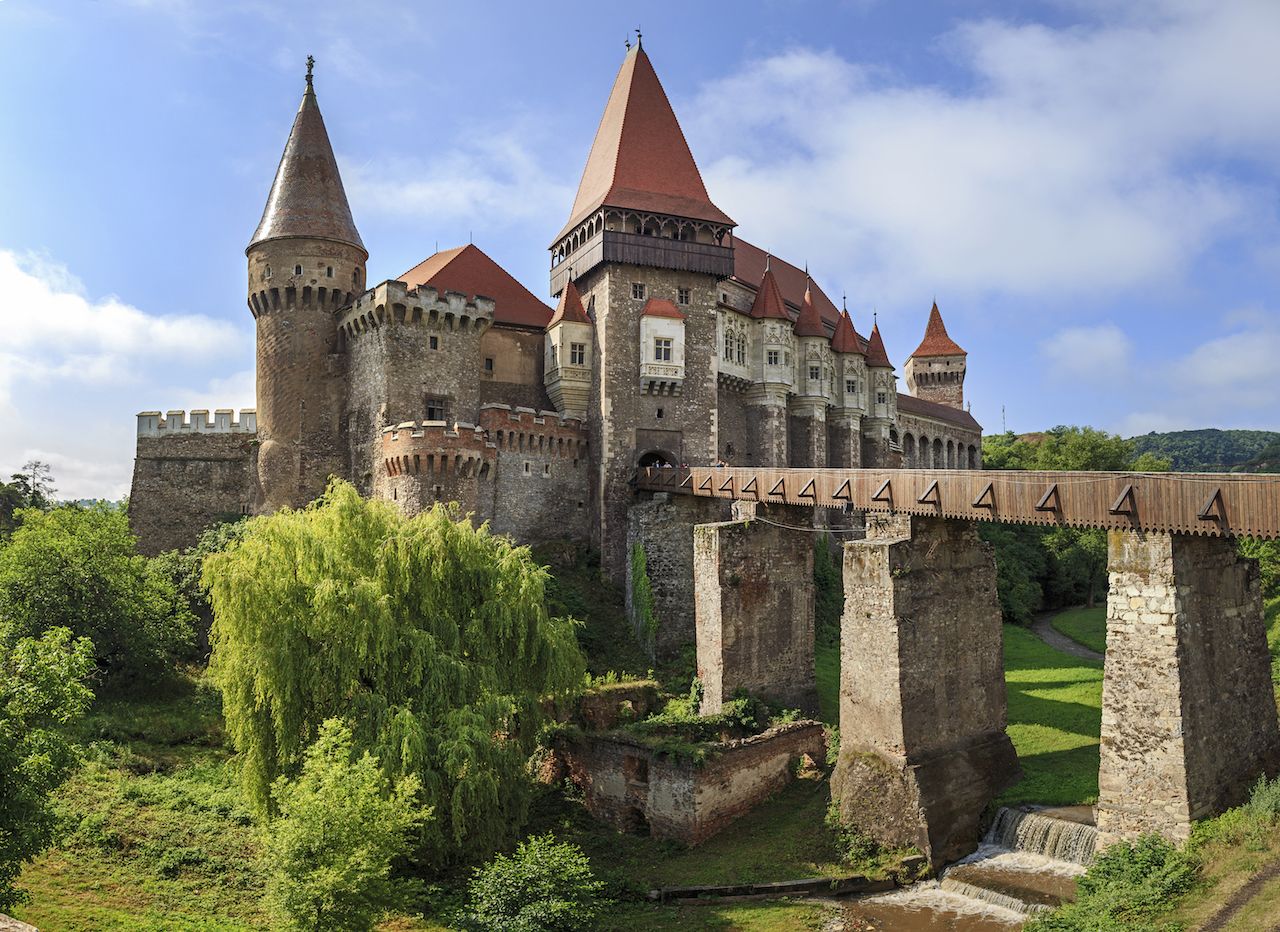 If you want an excuse to get out your best costume, this six-day tour by Transilvania Travel includes a ticket to a massive Halloween bash at Corvin Castle, where Dracula himself was once imprisoned. You’ll be invited into the castle by Dracula himself, and as the story goes, you can’t decline his invitation. Okay, it all might be a little cheesy, but if you like a good, silly scare, this one’s for you. The tour also travels throughout the Romanian countryside to a range of other fascinating vampire-centric sites.

MoviesLive Out Your Halloween Fantasy in the Colorado Town That Inspired The Shining
Tagged
Books Culture Trip Planning Romania
What did you think of this story?
Meh
Good
Awesome