When drinking a frosty, malty beer, we often take for granted the hard work that went into making it. We enjoy the nuanced flavors of said beer but rarely think of the farmers who grow the hops and barley or the hard-working brewers who turn the ingredients into beer. But if you ever get a chance to visit the Bavarian region of Hallertau in Germany, you’ll never take this fermented beverage for granted again. That’s because there’s no place on Earth where beer making and beer drinking are so connected.

The beer culture in Hallertau is rooted in German styles like weissbiers, lagers, and pilsners. Tradition dominates, especially when it comes to maintaining the German beer purity law, Reinheitsgebot, which dictates beer can only be made with hops, barley, water, and yeast. Hallertau is also one of the most well-known hop-producing regions in the world. Even if you’ve never heard of Hallertau, you’ve likely consumed the hops, or at least the hop variety that comes from the area.

Just like the beers and the hops from Hallertau are special, so is the drinking experience. It’s like taking a step back to a time when popping into a neighborhood pub meant ordering a pint of one of the three to five styles on draft. The opposite, in other words, of today’s bars that can have 50 beers on draft, 20 of which are hazy IPAs. No European country makes more beer than Germany, but the classic styles remain the most popular — and that’s not such a bad thing. 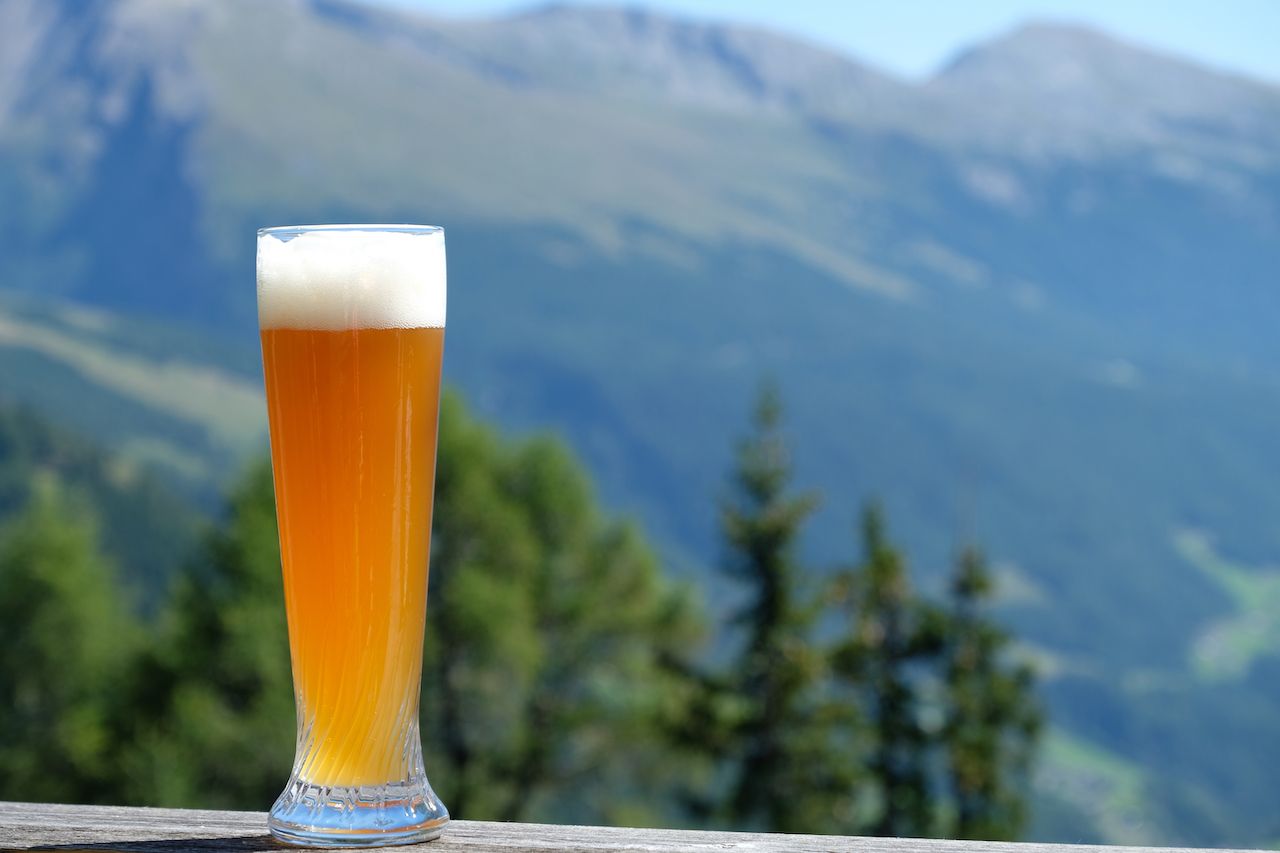 Coming from a craft beer crazed country like the US, a visit to Hallertau reminds one why they love beer in the first place. Beers produced in the region are simple, perfect, and classic thanks to the Reinheitsgebot. It’s a big reason why Bavaria isn’t saturated with double IPAs, barrel-aged imperial stouts, and pumpkin ales.

“As all Bavarian Breweries, we are also obligated to brew all our beers according to the Bavarian purity law from 1516, which means that we are brewing all beers just with the four allowed ingredients: water, malt, hops, and yeast,” says Mirjam Riedel, who’s on the marketing and sales team at Weihenstephan.

One of a handful of breweries in the region, Weihenstephan is the oldest still-operating brewery in the world and you’d be remiss if you didn’t order one (or five) of the brewery’s beers while visiting the region. Better yet, stop into the brewery itself and enjoy traditional schnitzel and sauerbraten while sipping on a hefeweizen or doppelbock at the on-site restaurant Braustuberl Weihenstephan. Just make sure you’re ready to enjoy beer styles the locals have been enjoying for hundreds of years. You’ll find no triple IPAs here.

“We are only brewing traditional Bavarian beer styles,” Riedel says. “The Brewery combines almost 1,000 years of tradition and experience with the knowledge about the latest brewing techniques, producing premium beers according to the Bavarian purity law.”

Bavarian styles have always been popular in this region, and even hundreds-of-year-old styles are finding success. Riedel adds that the company’s 1516 kellerbier, created from an old Weihensephan recipe, uses a rare hop variety called record that’s only grown in Hallertau. 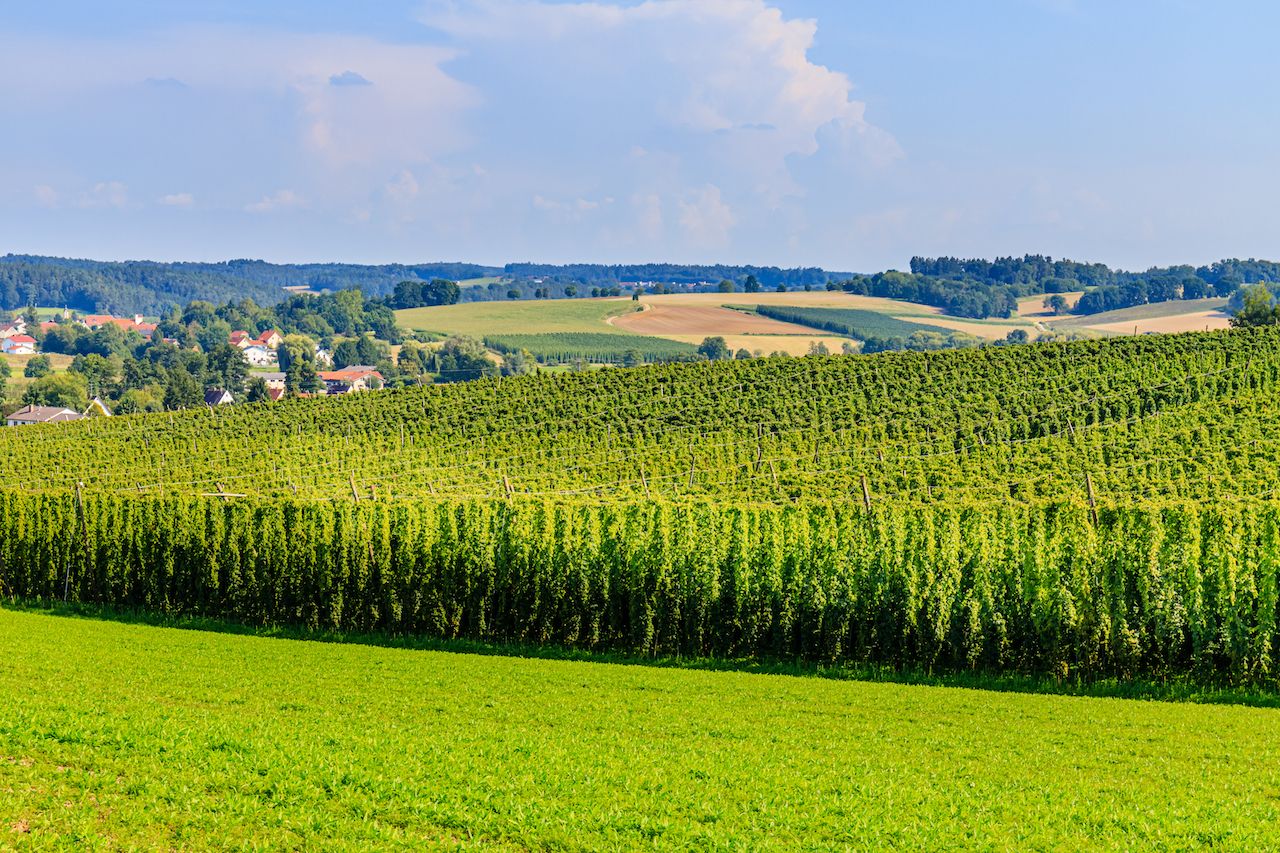 Hop growing and hops are inherently part of the culture in Hallertau. Germany produces more than a third of all of the hops grown in the world, and a vast majority of those are grown in the region. The hop culture has had an impact on the drinking culture because, if your livelihood is so tied to one thing, you’re probably going to spend more time than most enjoying it. It’s safe to say that the people of Hallertau enjoy their beer.

Just because the region is steeped in history and has some fairly strict laws doesn’t mean every brewer is stuck in the 1800s.

“While the beer culture in the region is steeped in tradition, drinkers in the area are becoming more welcoming to new styles and brewers are innovating accordingly,” says Jennifer Glanville, Samuel Adams brewer and director of partnerships. Sam Adams’ founder, Jim Koch, has been going to the region to source hops for Boston Lager for the last 35 years, and the company is familiar with the mix of tradition and innovation in Hallertau. The area’s craft beer stays true to its roots while staying relevant in today’s innovation-focused beer market.

Like in the US, brewers in Hallertau are interested in experimenting with different styles of beer, barrel aging, updating traditional techniques, and using new ingredients. “There is an increase in craft brewers contributing to a growing and diverse beer industry in Germany,” Glanville says. IPAs in some of the smaller regions have been especially interesting to watch evolve. “Initially, men in town were averse to the style while women loved the IPAs.”

All in all, for beer fans, a trip to Hallertau is the best way to truly appreciate their favorite beverage. If you’re going to the region, stay in the town of Wolnzach. Here, you’ll find quaint and welcoming inns and pubs as well as the Hopfenmuseum Wolnzach, a museum dedicated to — you guessed it — hops.

“Drinking beer in Hallertau feels like a pilgrimage of sorts to the motherland of hops,” Glanville says. “It’s drinking a beer straight from the source.”

BeerRochester Has Reinvented Itself as the Northeast’s Best Beer Town
Tagged
Beer Germany
What did you think of this story?
Meh
Good
Awesome