An EPA study found that air quality across the United States improved by about 20 percent after the March lockdown orders. People weren’t driving, and industry wasn’t spitting the same levels of toxic greenhouse gases into the atmosphere. Fewer cars on the streets had its silver lining, as major US cities like New York, Philadelphia, and Denver took the opportunity to open urban roads to pedestrians, cyclists, and, as lockdowns eased, even restaurants.

“There’s huge momentum to keep this in place for the foreseeable future,” Jill Locantore, who heads the Denver Streets Partnership, told Matador in May. In a survey of Denver residents, the partnership found that almost 90 percent were in favor of a better bicycle transportation network, and were willing to sacrifice road space previously dedicated to cars in order to make it happen.

With reduced commutes and open schedules, Americans have taken to bicycles in droves, nearly draining the supply of low- and mid-range-priced bicycles at most bike shops across the country. Those who had an old bike in their garage dusted it off and began taking it for a spin, often to the liquor store. This resulted in a 21 percent increase in year-over-year bike use.

Whether this trend continues is a hot topic in those same cities. People have bikes, and their cities hope to remain bike-friendly even after the pandemic. But what happens as daily commutes and errand-running come into play? Enter the electric bike. 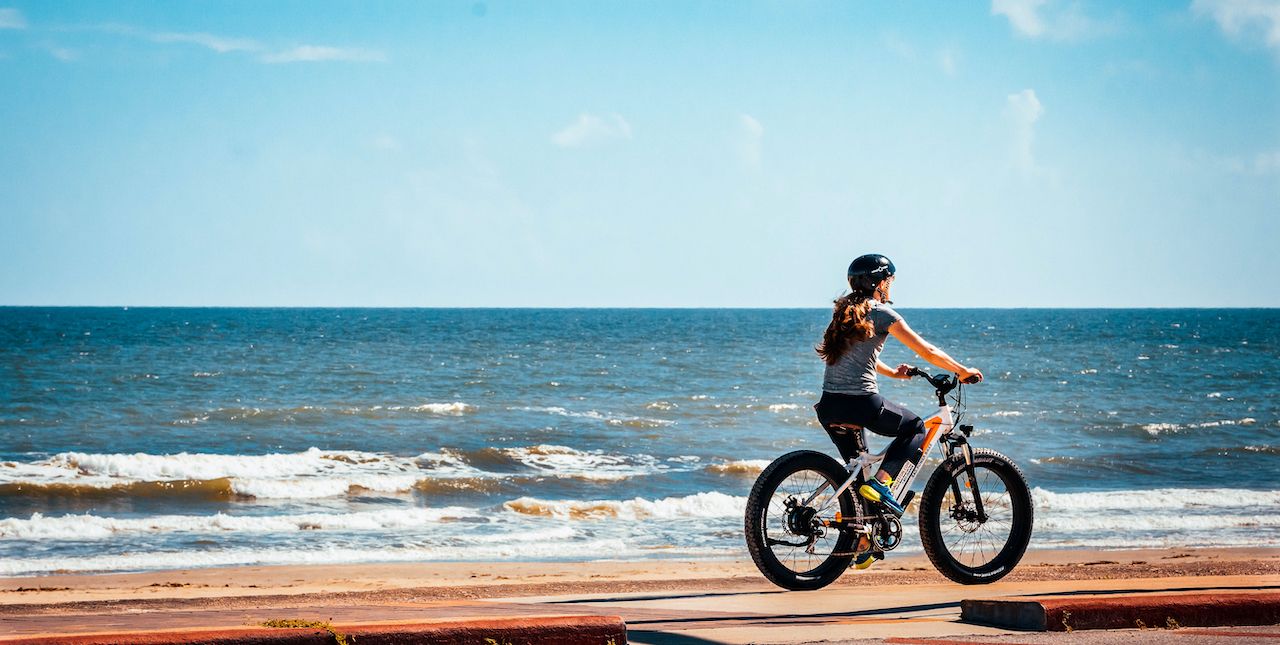 As a resident (or as a visitor), the best way to support your city’s move towards post-pandemic pragmatism is to use the bicycle infrastructure more often. More people in bike lanes make drivers and pedestrians more accustomed to and aware of their presence and shows city leaders and voters that investment in bike infrastructure pays off. Whether you can commute to work, do quick errands, or just replace one SOV (single occupancy vehicle) outing per week, commuting by bike is a way to have a meaningful impact on cleaner air in your city.

Thing is, not everyone works close to home. Most workers don’t have time for a 90-minute commute each direction, let alone the conundrum of being short of breath and covered in sweat when they finally arrive.

The solution is the electric bike, or e-bike. As technology has improved in recent years, e-bikes aren’t just for recreation anymore. They have become a legitimate form of transportation. They are also the simplest way to make bike commuting an efficient and effective part of your daily routine. Some look funny — with smaller tires and an elevated seat — while others are barely distinguishable from traditional bicycles.

How an e-bike works 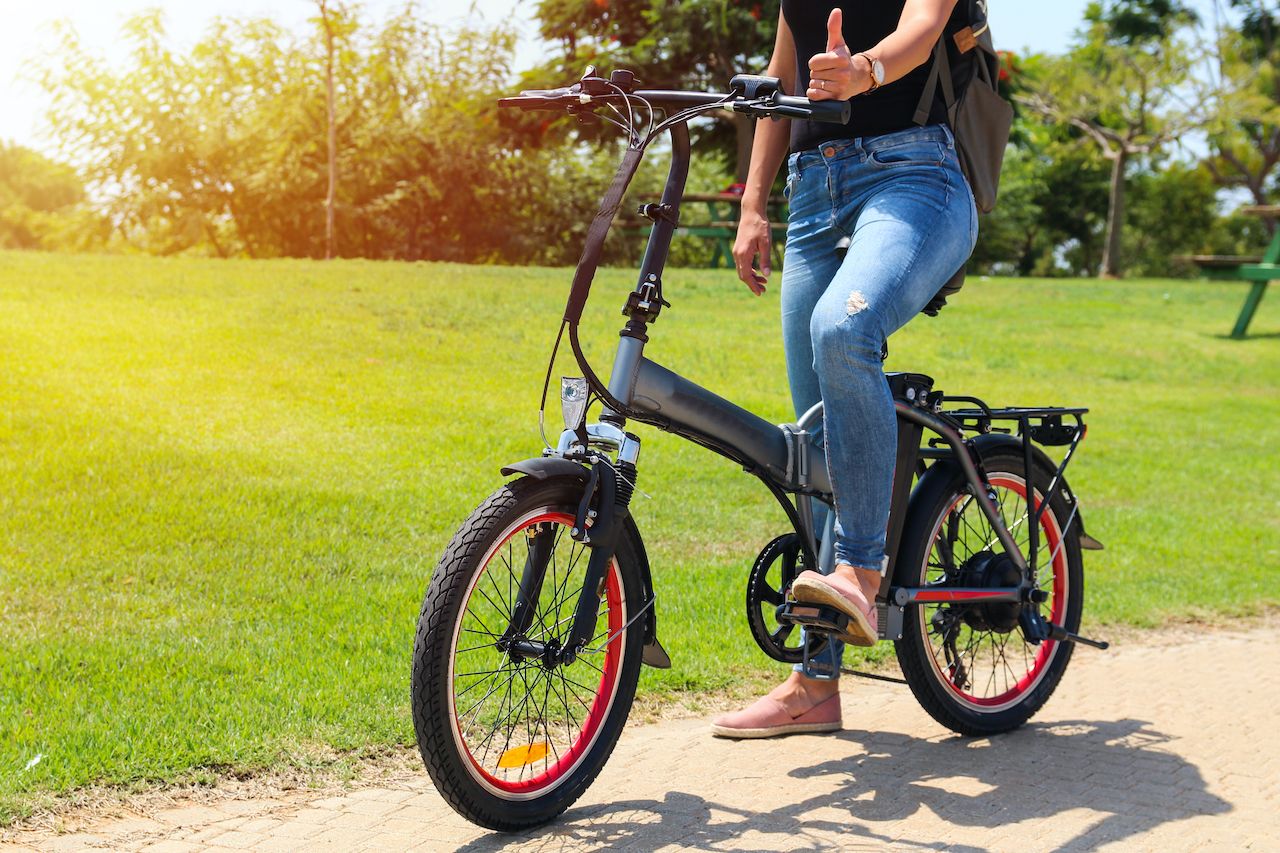 An e-bike is a bike with a small motor attached to it. For this reason, you’ll sometimes hear them referred to as “pedal-assist” bikes, though e-bike has been widely adopted as the general name. They work like this: As you pedal, a motor is triggered to come on and amplify your pedaling. As you pedal up a hill, against the wind, or across a long straightaway, the motor provides momentum so that you don’t a) give up or b) struggle to keep balance and waddle back and forth until you eventually topple.

There are three main types of e-bikes. The first is a pedal-assist e-bike with a motor often located on the crank drive, near the bottom bracket and where the pedals attach to the bike. These are common because the motor is able to directly power the crank drive, helping it work in conjunction with the pedaling to provide assistance as needed. The pedal-assist motor works up until the rider reaches a speed of 20 mph. These are known as Class 1 e-bikes and are legal anywhere that a normal bike is legal unless otherwise posted. (Some designated trails and many mountain bike parks don’t allow e-bikes, for example.)

A Class 2 e-bike has a throttle-powered motor that the rider can use to their discretion. Class 2 motors also don’t exceed 20 mph but are more effective at propelling the bicycle up hills without much effort from the rider. Class 3 e-bikes have a pedal-assist motor that can reach 28 mph and have a speedometer. Class 3 e-bikes are generally not permitted on bike paths and trails.

Where to buy an e-bike 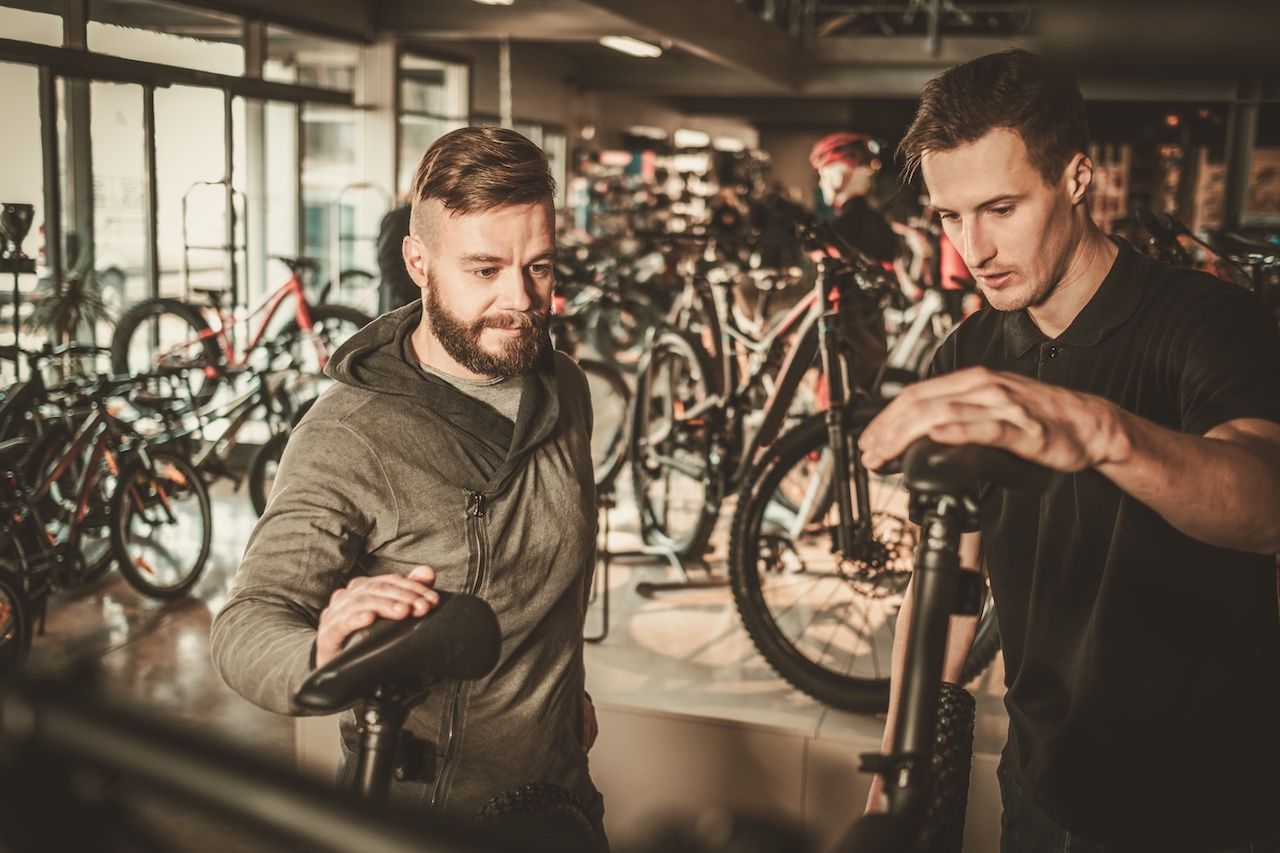 E-bikes are increasingly easier to find. Most full-service bike shops have them or can order one for you. Visiting a bike shop is often the best way to go because the staff can help you identify the right e-bike for your size, ability, and needs. To give you an idea of what you’re looking at, popular models include the RadRover series from Rad Power Bikes, which runs $1,499; these are currently on backorder with the next batch scheduled to ship to consumers in September. Another popular, and cheaper, option is the Swift Electric Bike from GigaByke, which runs $999 and is in-stock at the time of publication.

If you live in a major city or somewhere with a strong bicycling culture, there is likely a dedicated e-bike retailer in town that will have a diverse collection of models in stock and the expertise to go along with each. Large outdoor retailers like REI carry them and have an extensive catalog available online.

Plan to pay at least $1,000 for a new e-bike. If buying a used model, take it for a spin to be sure the motor works as it should and request warrant registration information from the owner. Most e-bike models are designed for street and gravel riding, but electric mountain bikes are a rising trend as well. 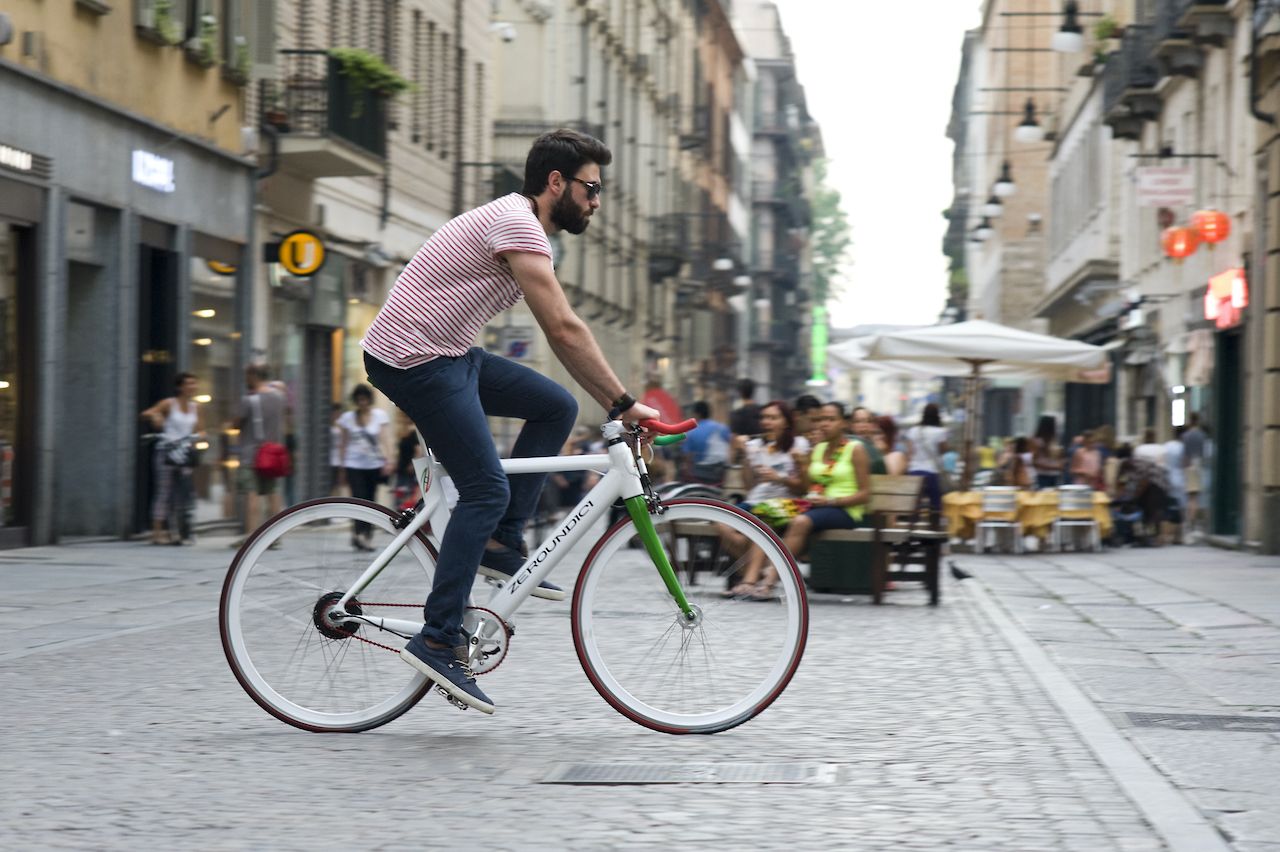 The best resource we’ve found for incorporating bicycle use into daily life is the blog Mr. Money Mustache, run by Pete Adeney. Among other things, Adeney puts into clear perspective the devastation to both the natural environment and the human psyche caused by a car-obsessed culture and offers tips on how to extract yourself from the problem. Use this blog as a source of motivation whenever the urge kicks in to hop in the car for a simple run up the street.

Use an app such as Strava or Google Maps to route your commute in advance. Both are equipped with GPS maps that direct your route via bike-friendly streets and paths. Allow 30-40 minutes for every 10 miles. Get a good helmet, and if you have a penchant for crazy antics, consider wrist or elbow pads. Be sure to lock your e-bike any time you park it in a public place — replacing it is an expensive proposition.

Finally, try to recognize how good you feel during and immediately after your ride. Commuting by bike, even with a motor, may take longer than driving but it also helps you to see your commute and city in a new light. You may notice things you didn’t before and, particularly when heading home, can use the time to clear your head of the day’s work. The honking cars honk, and frustrated bouts of road rage no longer concern you as you pedal right by in the bike lane. You may even inspire coworkers or friends to do the same. As you pull into your garage or apartment complex, smile with a smug satisfaction because you’ve done some good for the planet and dropped the term “gridlock” from your vocabulary.

CyclingElectric Mountain Bikes: Cop-Out or Eco-Ride?
Tagged
Cycling Sustainability
What did you think of this story?
Meh
Good
Awesome