Beautiful coastlines, fascinating archaeological sites, and a vibrant blend of cultures make Turkey, a country straddling Europe and Asia, one of the world’s most unique destinations. However, nearly all of its best-known tourist sites — Istanbul, the Ephesus ruins, Mediterranean seaside towns — lie in the country’s west. In comparison, Turkey’s eastern half remains a mystery to most international travelers.

Eastern Turkey, stretching far beyond central Cappadocia, has had a tumultuous past, but it’s also an underappreciated part of the world that adds to the country’s diverse cultural landscape. Here’s why you should venture beyond Cappadocia to Turkey’s underexplored eastern region.

It’s Turkey without the crowds. 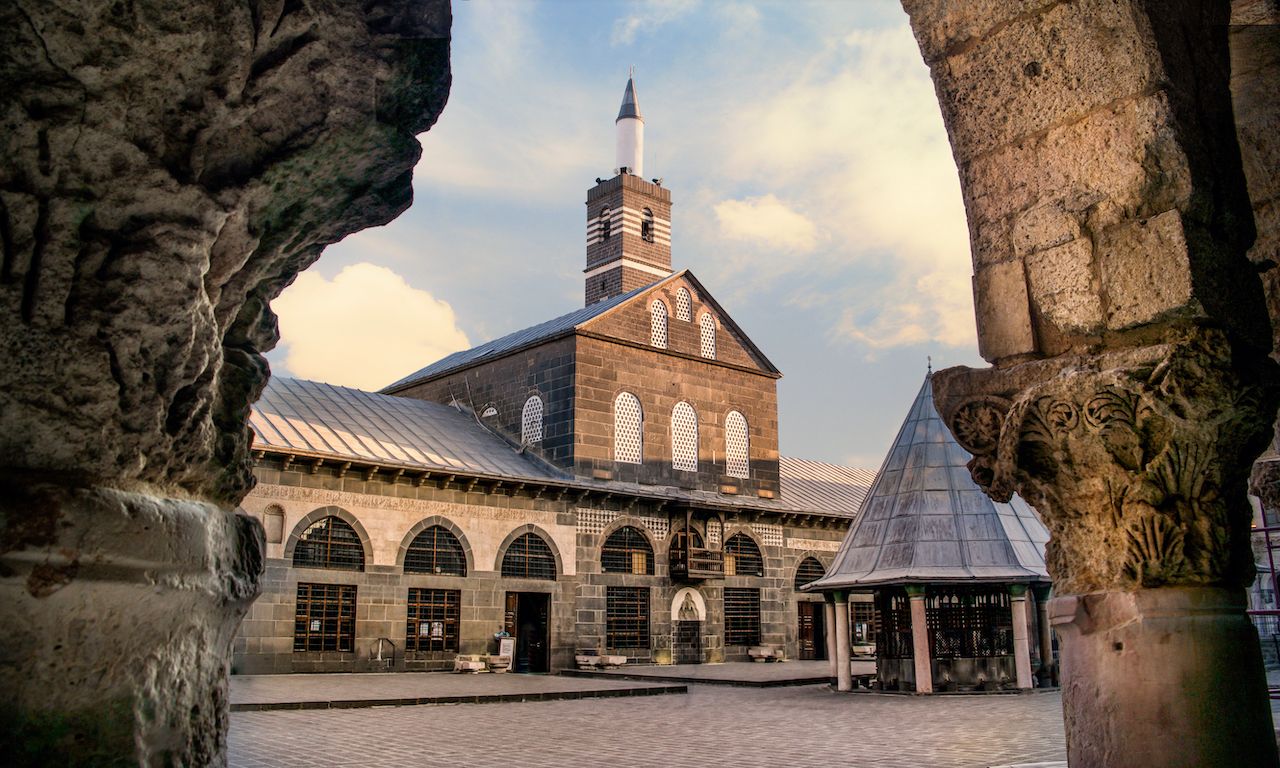 The country had almost 40 million visitors in 2018, a dramatic increase of over 20 percent from the previous year. If you’ve been in the crowded lanes of Istanbul’s Grand Bazaar or in a hot air balloon above Cappadocia at sunrise, you’ve seen where the majority of those visitors spend their time. The top places that these tourists visit are concentrated in the country’s western half, and this is the charm of exploring Turkey’s east.

You’ll see far fewer visitors on the Black Sea Coast and the regions of south and eastern Anatolia, as the Asian side of Turkey is called. Because of this, hostels and tourist-centric restaurants aren’t nearly as common. On the dining front, this makes finding a good kebab meal for about 15 Turkish lira, about $2.50, an easy thing to do. On the other hand, while there are some hostels, their lack of ubiquity means you might find yourself buying hotel rooms, for which a standard night will run you between $30 and $50. If budget accommodation is your goal, book in advance and build your trip around where you’re able to secure hostel lodging.

It’s home to some of the country’s most important historical sites. 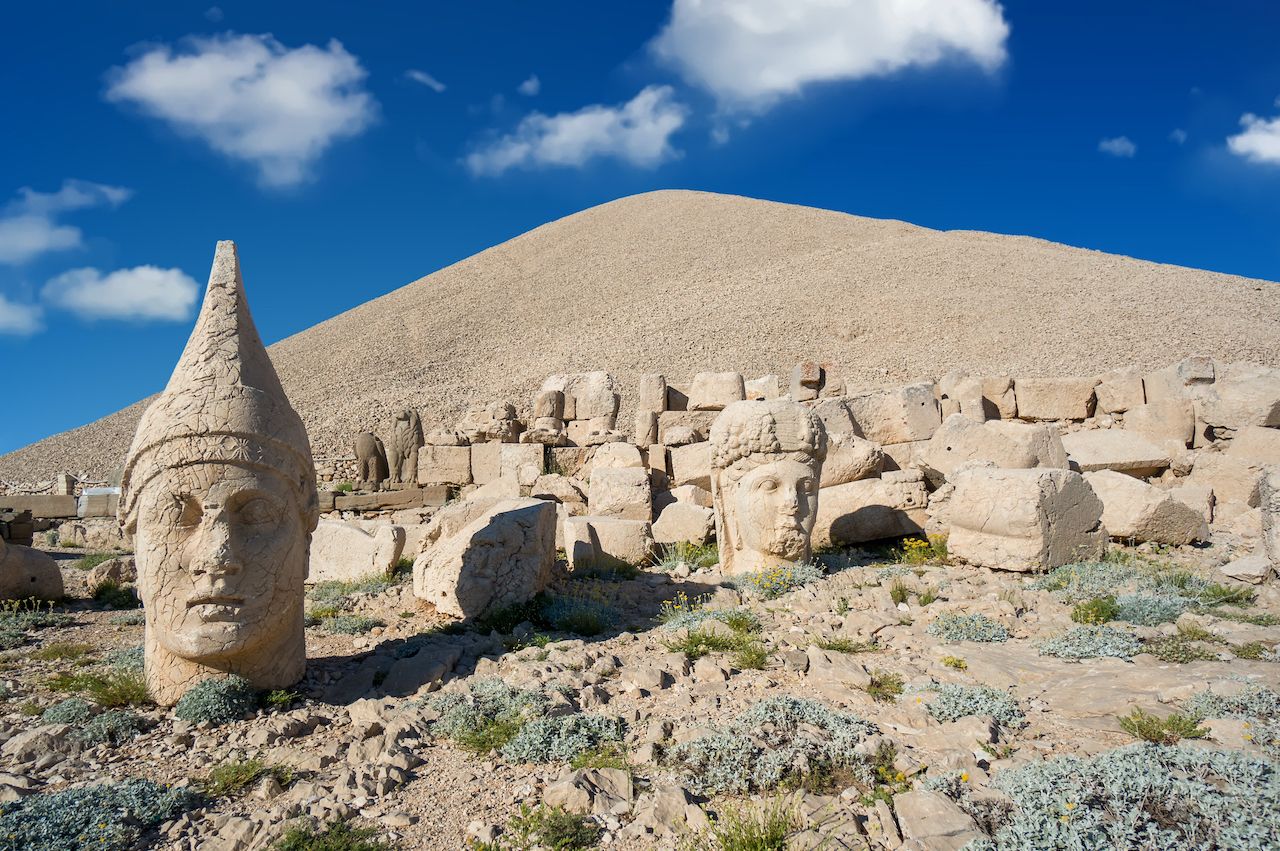 With the well-preserved ruins of Ephesus and the Blue Mosque of Istanbul often stealing the limelight, most people wouldn’t be able to recognize any of eastern Turkey’s attractions. The region’s most popular, and downright jaw-dropping, attraction is Mount Nemrut, the spectacular tomb of King Antiochus I, which dates back to the first century BC.

Situated at a lofty 7,000 feet, the site has a number of large stone statues of important Gods from the Commagene Empire — these statues face outward from both the summit’s eastern and western sides. The figures have crumbled with time, and the now-severed heads of the statues lie on the ground at their feet, but the remarkable sight remains a non-negotiable addition to any itinerary of Turkey’s east. Watching the sun set or rise from this archaeological site is one of the most memorable experiences you’ll have on a trip here.

Not far from Nemrut are pilgrimage point Abraham’s Cave and the Pools of the Holy Carfa in the town of Sanliurfa (often shortened to Urfa). Located in southeastern Anatolia, this is where the biblical prophet Abraham is believed to have been born, near the city formerly known as Edessa, which played a major role in the Second Crusade. You can venture inside the cave, with guided tours available to handle transportation and planning if you wish.

Another site to visit is Gobekli Tepe northeast of Urfa, a small archaeological site that is considered by many to be the oldest temple ever recovered. The ancient temple ruins consist of a series of pillars, around which visitors can see the layout of what were the several rooms of the temple. The site received UNESCO World Heritage status in 2018. 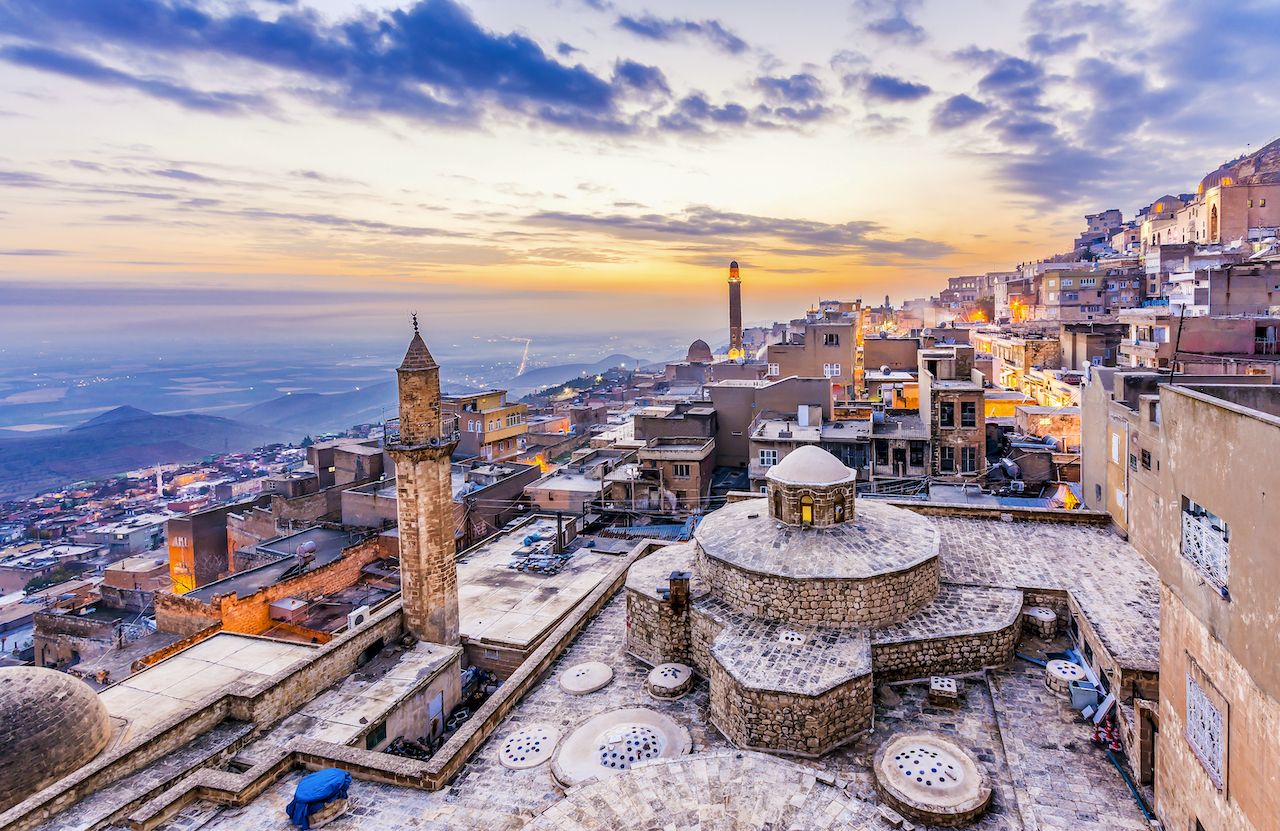 Aside from sights for history buffs, you can also find some of Turkey’s prettiest towns in the eastern region. In particular, Southeastern Anatolia’s plains are dappled with picturesque settlements built from sand-hued bricks, with both old mosque minarets and church bell towers piercing the skyline. With a much lower population density than the west, the dry plains of Mesopotamia stretch for much of the southeastern area.

Mardin, not too far from the Syrian border, is perhaps the best known of these towns. It’s twisting alleyways, intricately carved mosques, and location that cascades down a hill overlooking Mesopotamia makes it among the most photogenic spots in the country. It’s also a unique cultural experience, with Kurdish, Yezidi, and Syrian traditions coexisting amongst the mosques, temples, and churches. Although you won’t find many foreign visitors, it’s one of the busier places in eastern Turkey as it’s a popular weekend spot for domestic tourists. However, the nearby towns of Midyat and Savur have similar honey-colored and maze-like old streets that you can wander through almost completely on your own.

The landscape is rugged — but inviting. 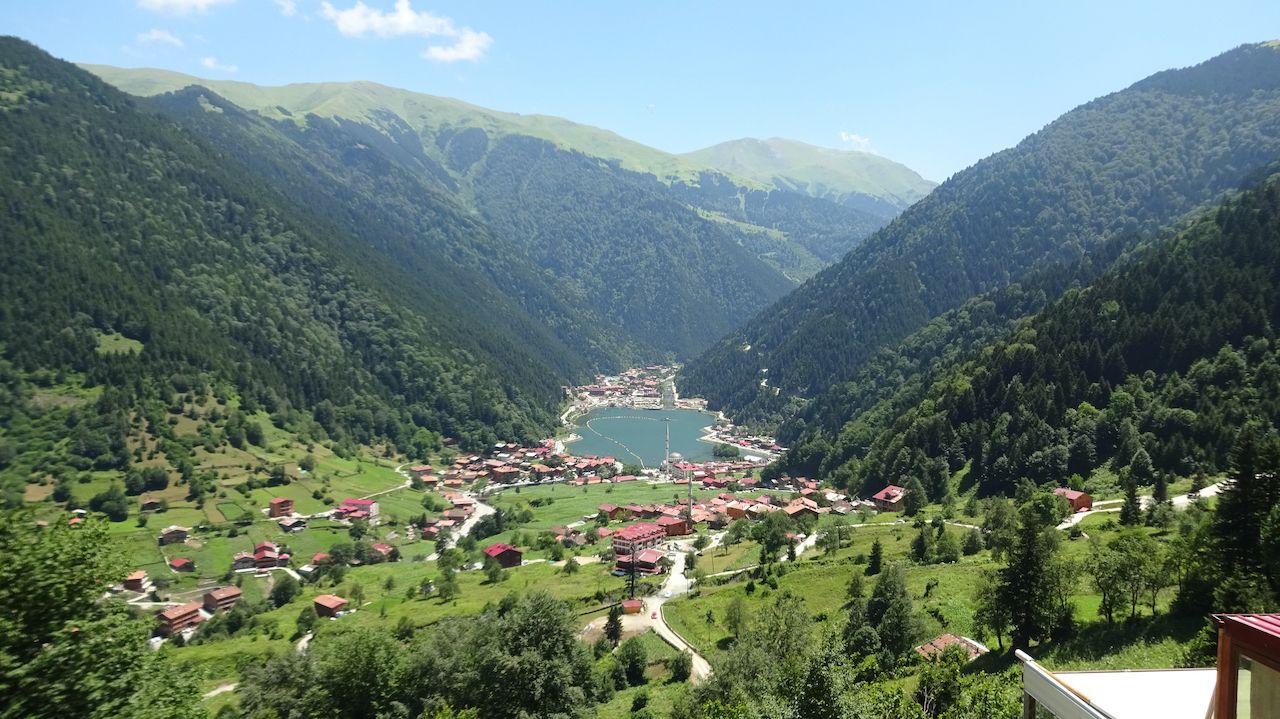 The landscape and climate of eastern Turkey changes quite dramatically from south to north, with the southeastern Anatolia plains being dry and hot and merging into dense forest and rolling hills up near the Black Sea. It’s a part of the world that dramatically changes as you move through it — in terms of culture, tradition, and landscape — and it’s this diversity that makes it such a fascinating place to explore.

If you’re after something green and vibrant, Uzungol is one of the Black Sea region’s most attractive towns, situated around the edge of its namesake lake in the northern part of Turkey. Its misty, forested hills beg comparisons to Switzerland, which has caused the town to see rapid development as tourists have begun to roll in. The nearby mountain ranges offer excellent hiking. The 1.2-mile trail around the lake is a solid introduction to the area, and for a challenge, hit the six-plus-mile Yaylaönü trail, which begins at the lake and extends into the high country.

It’s possible to climb Mount Ararat, the dormant volcano that holds religious and mythical significance for Armenians and which sits in the far east of Turkey. It’s not a simple expedition, however, with its peak reaching the height of 16,800 feet that requires five days of hiking and four nights of high-altitude camping. Other outdoor activities like hiking are possible further north in the Black Sea region, with Haldizen and Soganli Mountains being the most popular spots for hitting the trails.

It’s home to a complex blend of cultures. 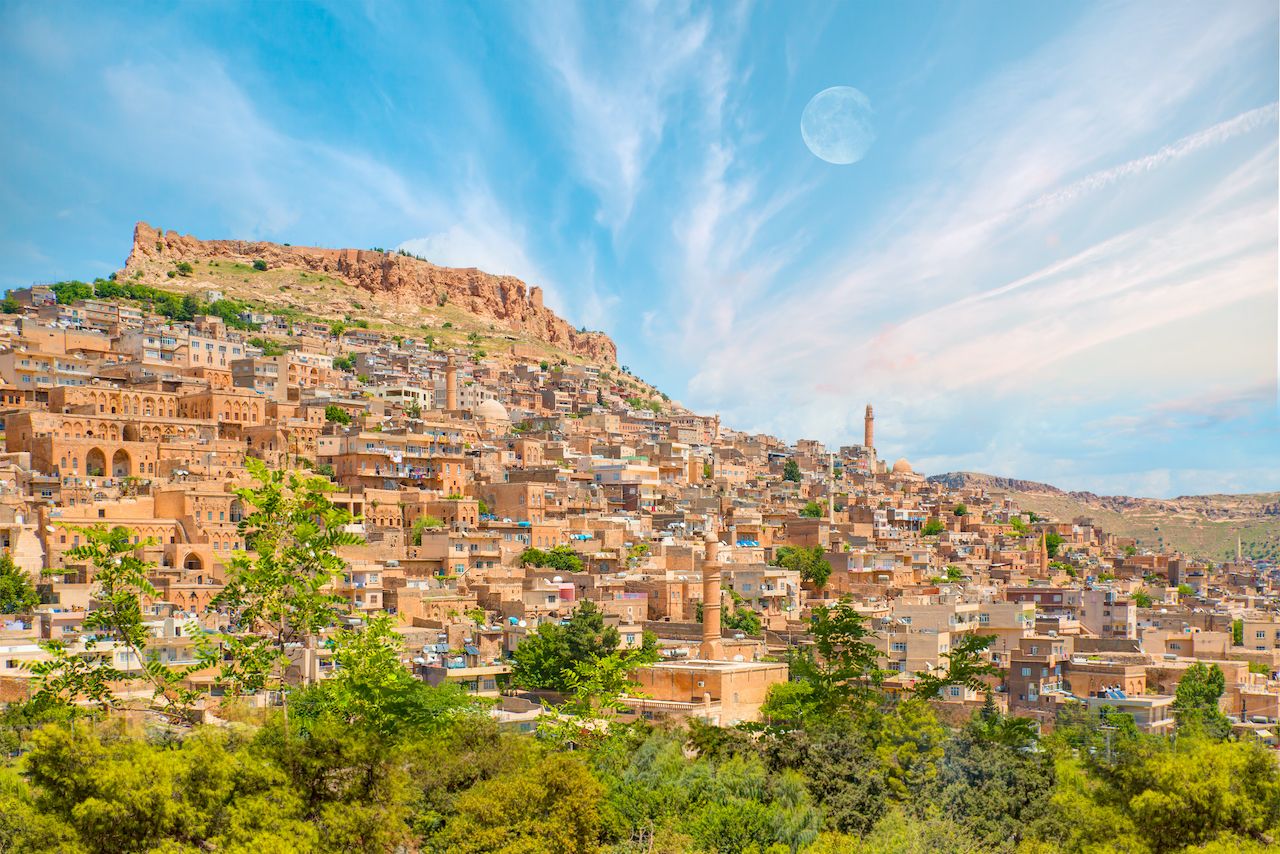 Eastern Turkey has been home to frequent troubles over the years from political protests, including the 2013 Gezi Park uprising that spread east from Istanbul and drew global headlines as citizens united against unwanted development. Turkey’s eastern region has also seen tense relations with its neighbors and prolonged armed conflict with the large Kurdish population in eastern Turkey. Although this prevented tourists from visiting for many decades, foreigners have been allowed to explore the region freely since 2000.

Part of what makes eastern Turkey so engaging is its major role in social, historical, and religious movements that have shaped the Middle East and beyond. There are very few places where you can encounter so many different religions, traditions, and remnants from great empires. Christians, Muslims, Armenians, Ottomans, Persians, Kurds, Romans, and many more have called eastern Turkey home, and although this complex mix of cultures and religions has often led to instability, its people are among the world’s most culturally diverse.

From old mosques with intricately carved minarets in Mardin and bell towers of nearly abandoned Orthodox Christian churches in Midyat to the impressive Ottoman-era Ishak Pasha Palace in Dogubayazit, from the atmospheric cultural capital of the Kurds in Diyarbakir to the ancient Armenian churches in the far east, you can virtually trace the history and various cultures of the Middle East across the region.