When I have friends over, I set out a cheese plate. It’s a non-negotiable addition to every social gathering. We sit, we snack, and we drink wine. And, inevitably, a small plate ends up littered with discarded rinds. There’s hardly a more tragic — or more common — sight at the dinner table than a little pile of half-nibbled cheese bark, destined for the garbage can.

Maybe it’s the waxy texture. Maybe it’s the belief that many foods need to be peeled before they can be safely eaten. Well, have I got news for you, buddy: It is perfectly safe to eat the rind of your cheese. But that’s not why you should be eating them. If you don’t take a bite of your rind, you won’t be able to fully appreciate the cheese.

“As long as it’s not made of wax you can eat it,” Courtney Leedahl tells me. She and her husband, Brooks, run The Cheese Shop in Breckenridge, Colorado. And there’s more good news. “Some of the best characteristics of the cheese come from the rind.”

Here’s everything you’ve ever wanted to know about cheese rinds, and why you need to start eating them. 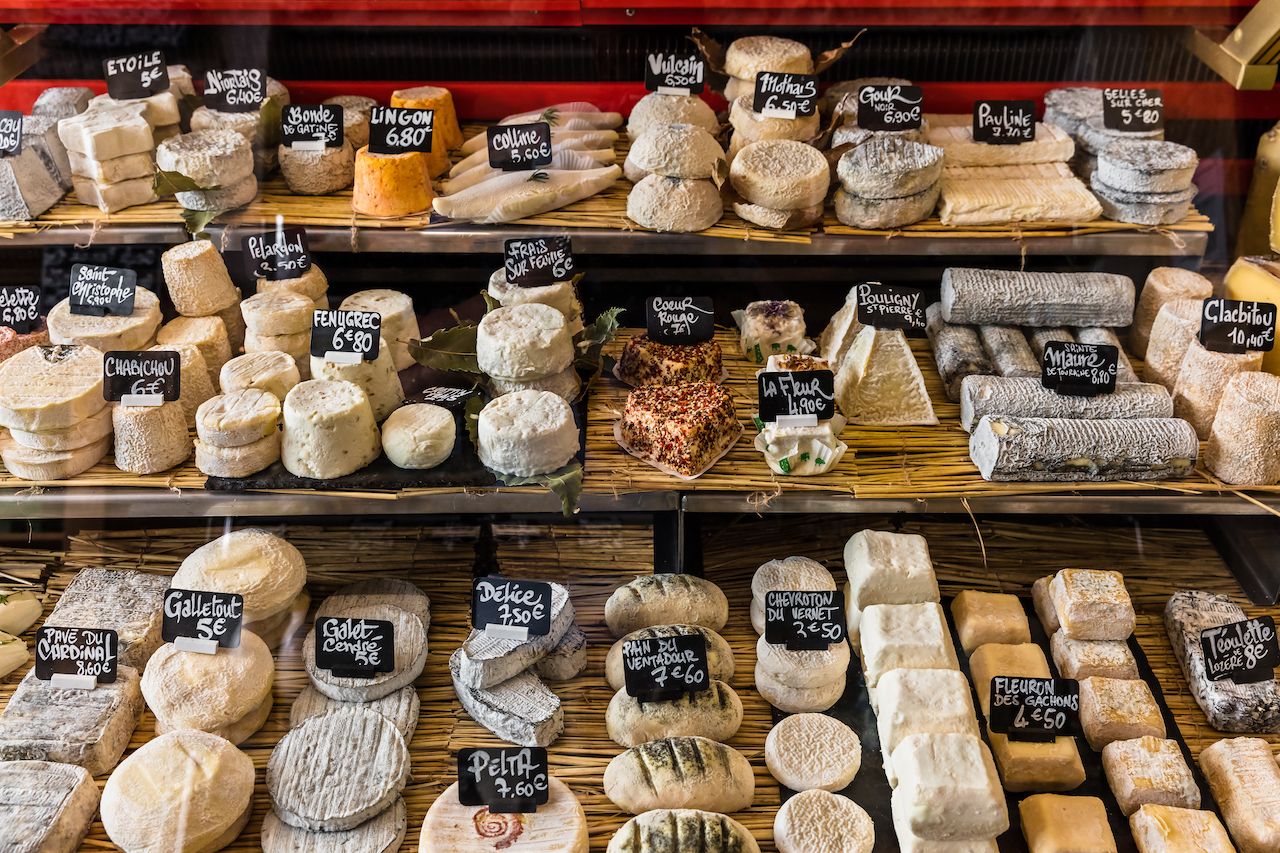 First, you have to become familiar with basics: There are rindless cheeses, like chevre and Roquefort, a type of blue cheese, as well cheeses covered in wax or paper, which obviously you shouldn’t eat.

There are four different types of rinds. Natural rinds form, well, naturally on semi-firm and firm cheeses, like cheddar and Parmigiano-Reggiano, which are aged in the open air or in cheese caves. You’ll get earthy, even musty flavors — imparted from the damp cave walls — from this hard crust.

Leedahl also sees most people turn their noses up at bloomy rinds — the soft, almost fuzzy growth of white, pillow-like mold on a Brie or Camembert cheese. Bloomy rinds are achieved by applying edible mold to the cheese. Once the cheese blooms, the rind forms around the cheese like a protective casing.

However, it’s the washed rind that will likely pose the biggest challenge for newcomers to the rind. Washed rinds are formed by coating the cheese with a liquid. Sometimes it’s as simple as a salt brine, but wine, liquors like brandy, or beer are also used. These rinds have a distinct orange hue.

You might also run across bloomy rind cheeses at your local cheesemonger with visible patches of green or brown mold. Remember, bloomy rinds are literally formed by spraying the cheese with mold spores, so it’s still safe to consume these rinds — but you might not like the taste. There’s a good chance the flavors might be musty or funky, and it might even smell. But it won’t kill you to take a nibble. If the mold spreads to the paste of the cheese it will change its flavor, but even then it’s not dangerous. You can cut off the moldy spots and keep eating the unaffected areas without a worry.

Why eat the rind 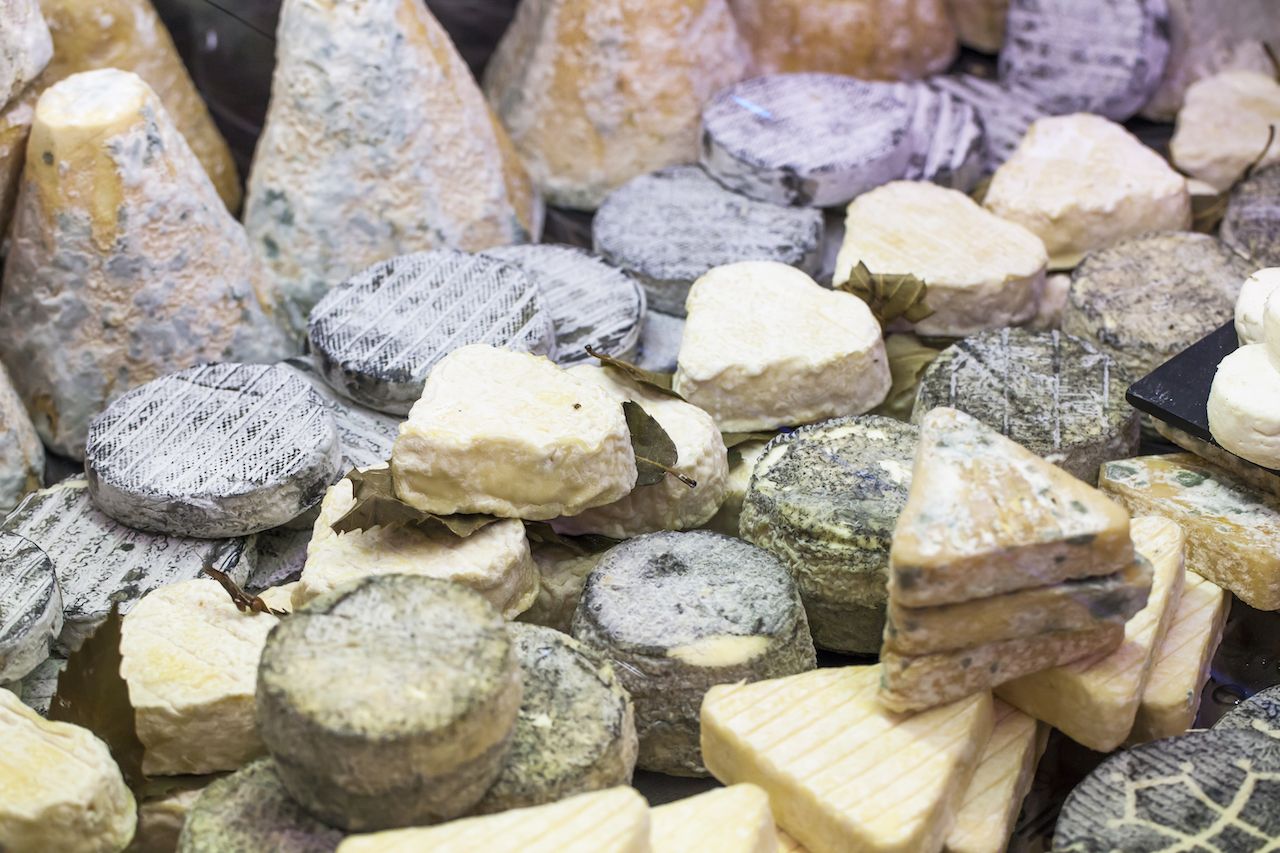 According to Leedahl, the cheese rind is the best signifier of how the cheese was aged. “You really get a lot of the more of the terroir and a glimpse into the history of the cheese — where it came from,” she says.

Eating the cheese rind doesn’t just introduce more intense or concentrated flavors that you might find in the cheese itself — it is, as Leedahl puts it, an entirely “different animal” that introduces another layer of complexity the cheese. But eating the paste or the meat of the cheese in question doesn’t provide a full picture of its flavor. For instance, one of Leedahl’s favorite cheeses is a clothbound cheddar made by Jasper Hill Farms. The natural rind is a window into its cave-aged past, and it has a distinct and pleasant flower pollen flavor.

When you’re ready to dive into the rind, Leedahl recommends a cheese called Humboldt Fog, a bloomy rind goat cheese made by Cypress Grove. If you’re still skeptical, the crust of a familiar natural rind cheese like cheddar is always a safe bet, too.

Other ways to eat the rind 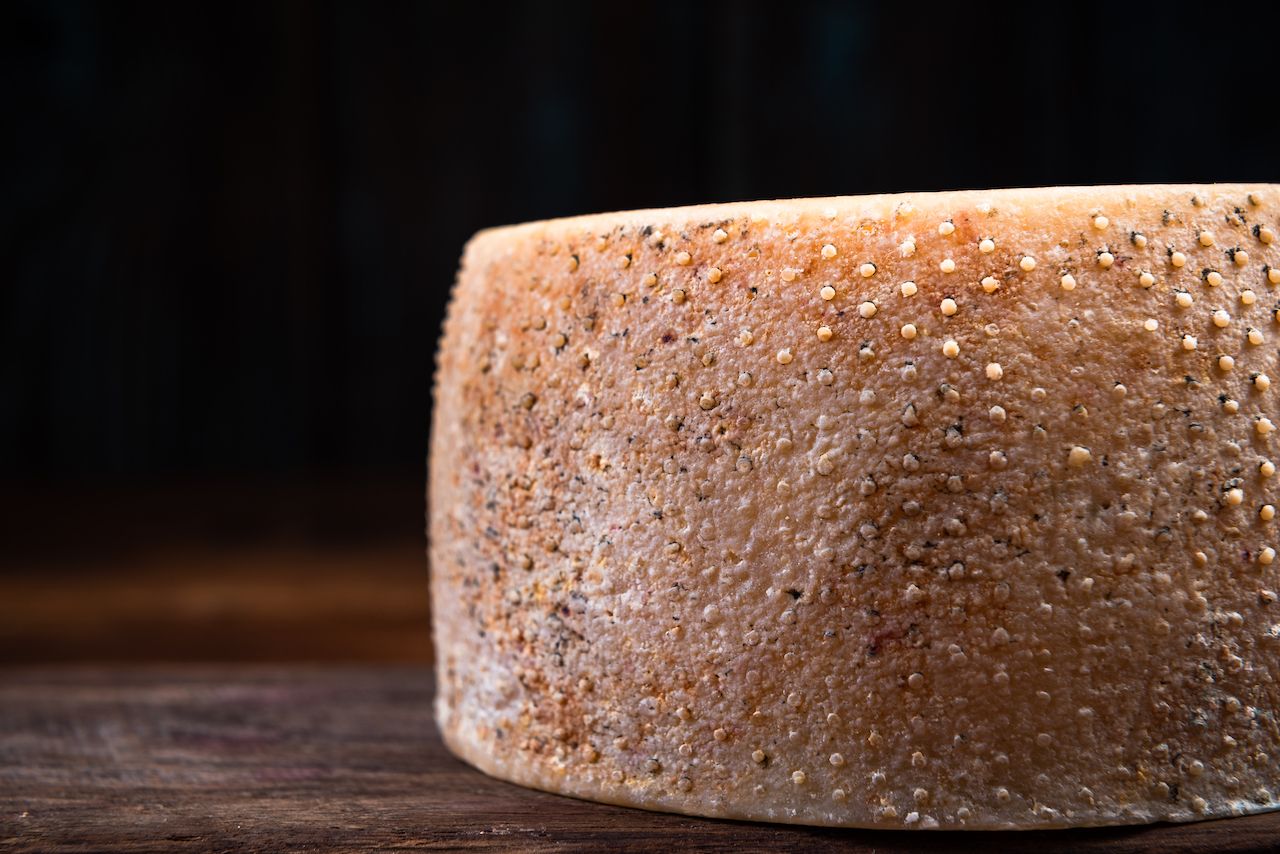 You can eat the cheese rind raw or on a slice of cracker, but there other ways to integrate cheese rinds into your dinners that don’t involve snacking on sliced cheese all day (although that does sound pretty great).

If you’re prone to pairing many of your dinners with parmesan, you can always save the rinds, freeze them, and in the colder months use them to make parmesan broth. This rich broth can punch up pasta sauces or vegetable soup.

While cheese rinds are great for all sorts of sauces, you can also use them to create a condiment: Place a cheese rind in a jug of olive oil and let flavors from rind seep into the oil (the cheese won’t interfere with the consistency), then use the olive oil as a dipping sauce or salad dressing.

The crust of your cheese is so underappreciated. Cheese rinds are storytellers and chroniclers of cheese-aging history and versatile recipe boosters that hide intriguing flavors of their own. Don’t sleep on your cheese rinds — and pass the word on to your cheese-loving friends.

Maps + InfographicsThis Map Shows Europe’s Most Popular Cheeses by Region
Tagged
Food + Drink
What did you think of this story?
Meh
Good
Awesome