It’s not just Instagram fodder. This airplane with a shark-themed livery, nicknamed the “Profit Hunter,” is the show plane for Boeing and Embraer’s E2 family of regional jets, and it’s garnering a lot of well-deserved attention. A direct rival of the new Airbus A220 series, Embraer hopes to catch some eyes with this striking livery, as well as some pretty sleek comfort advances. 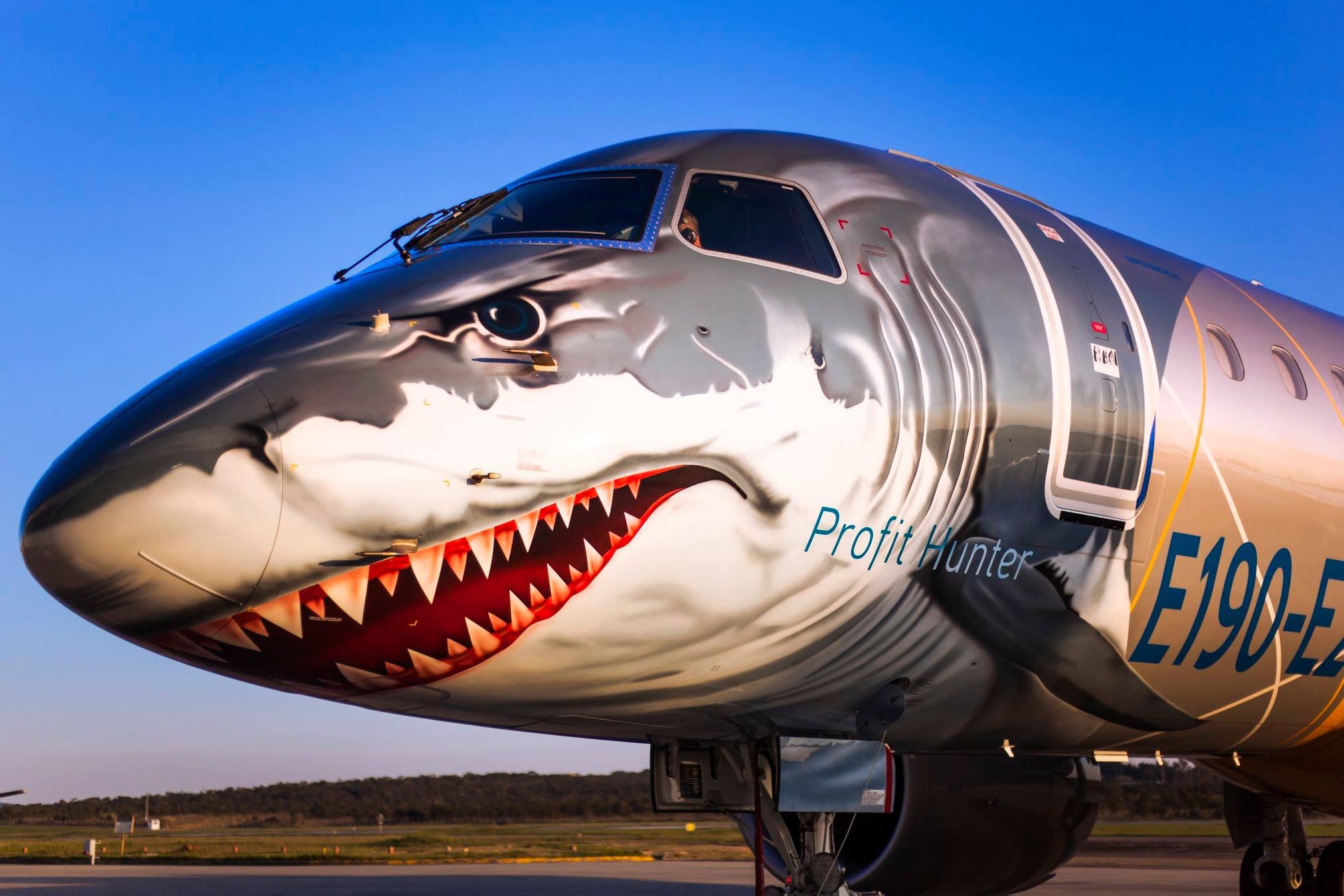 The Profit Hunter, like all new planes in Embraer’s E2 family of jets, offers larger-framed windows designed to increase the brightness of the cabin, as well as overhead bins that are 40 percent bigger and allow for fewer obstructions to under-seat legroom. Rodrigo Silva e Souza, vice-president of marketing for Embraer, told CNN Travel, “Preserving passenger personal space is the goal.” The absence of middle seats might be the most significant step in the quest for personal space. Souza said that with this aircraft redesign, which also offers a premium cabin option with staggered seats, Embraer hopes to “give passengers the impression of having greater space, or of being on a larger aircraft.” 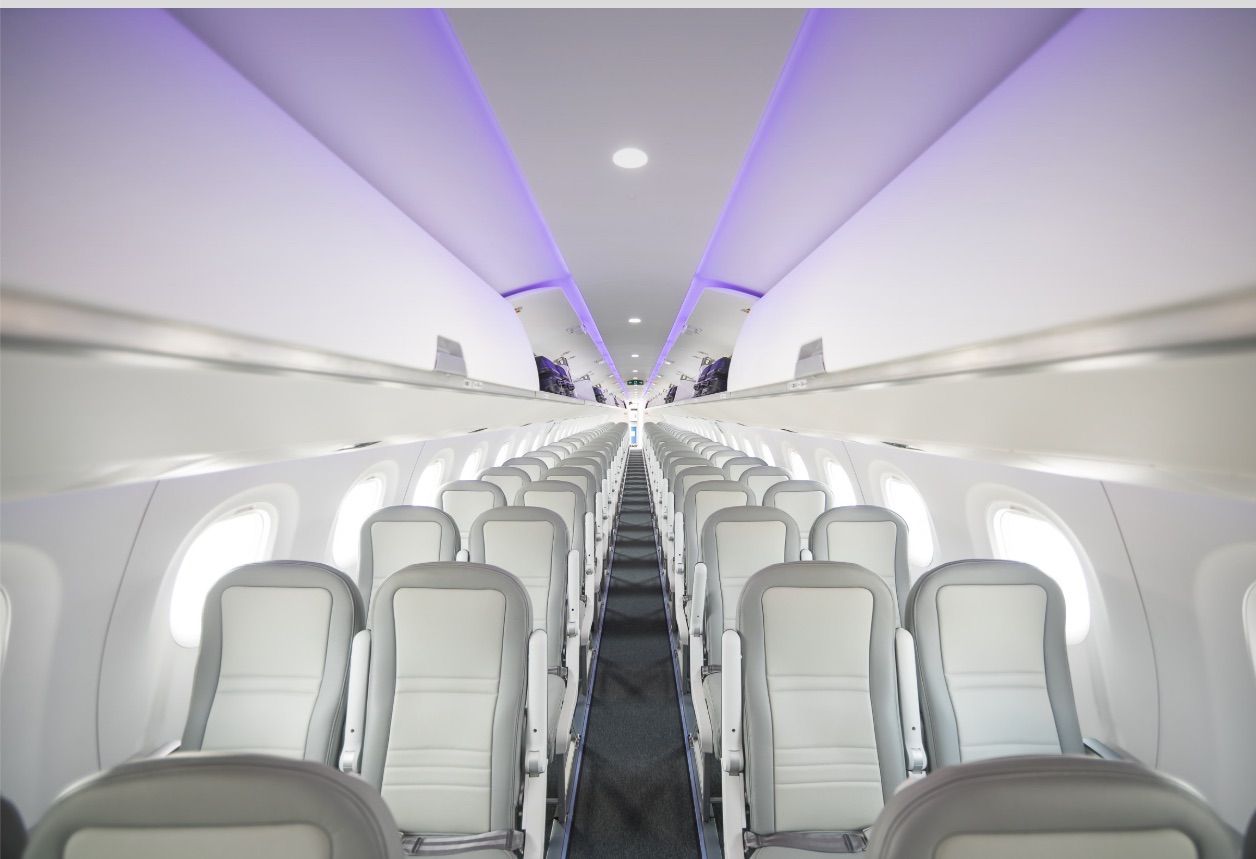 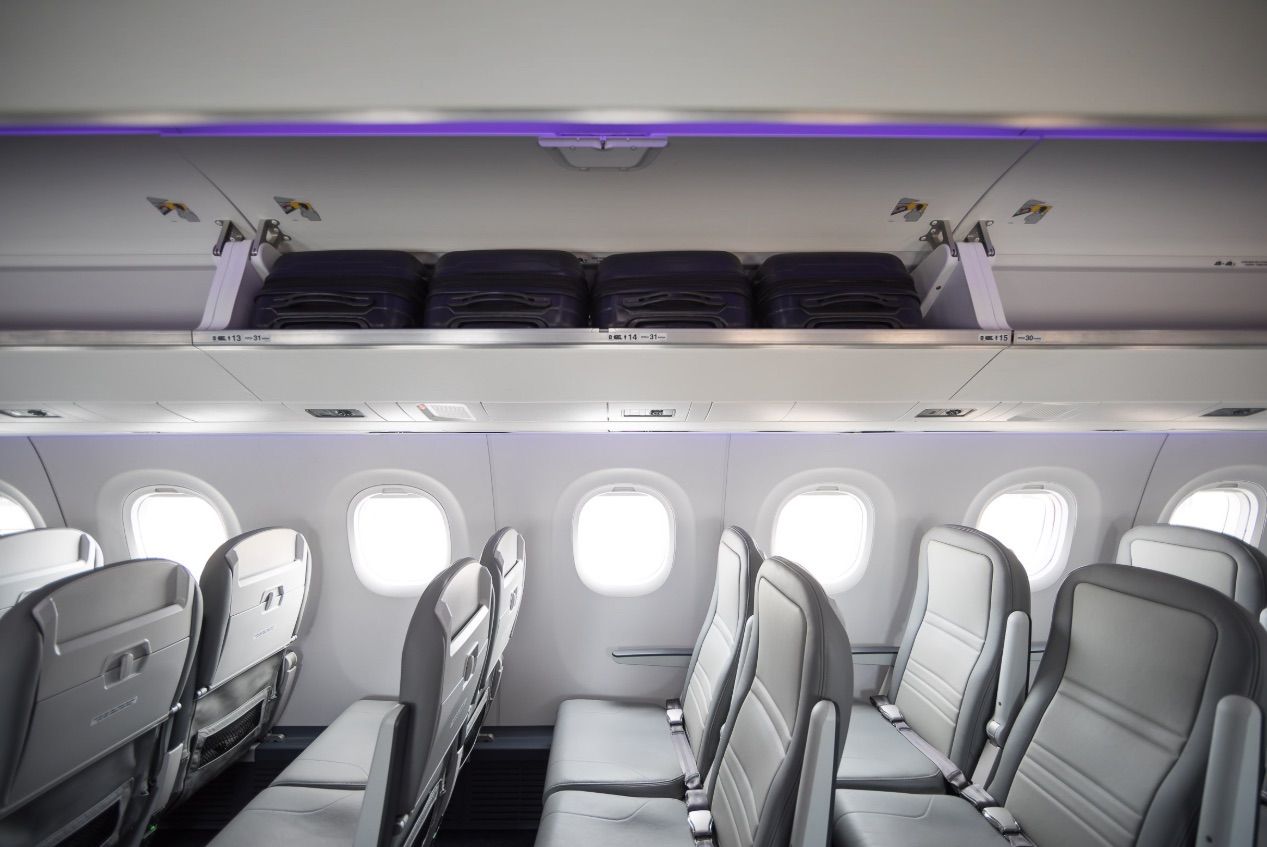 The first E190-E2 was rolled out in April and delivered to Widerøe, a Scandinavian Airlines subsidiary. Three of these planes are now flying around Norway, with others operating under American Airlines, Delta, United, and Alaska Airlines. E2 planes have also been ordered by Kazakhstan’s Air Astana, Brazil’s Azul, Switzerland’s Helvetic, Kuwait’s Wataniya, and China’s Tianjin Airlines.

Airports + FlyingThe 7 Coolest Airplane Liveries in the World and the Stories Behind Them
Tagged
Airports + Flying News
What did you think of this story?
Meh
Good
Awesome