Architecture is getting more innovative every year, and 2020 will be no exception. In 2016, Zaha Hadid Architects revealed plans for a new soccer stadium in England built entirely out of timber, and now that stadium will finally begin development. The stadium, the first in the world to be built completely out of sustainably sourced timber, will be the home of the Forest Green Rovers soccer team, based in Stroud, Gloucestershire. 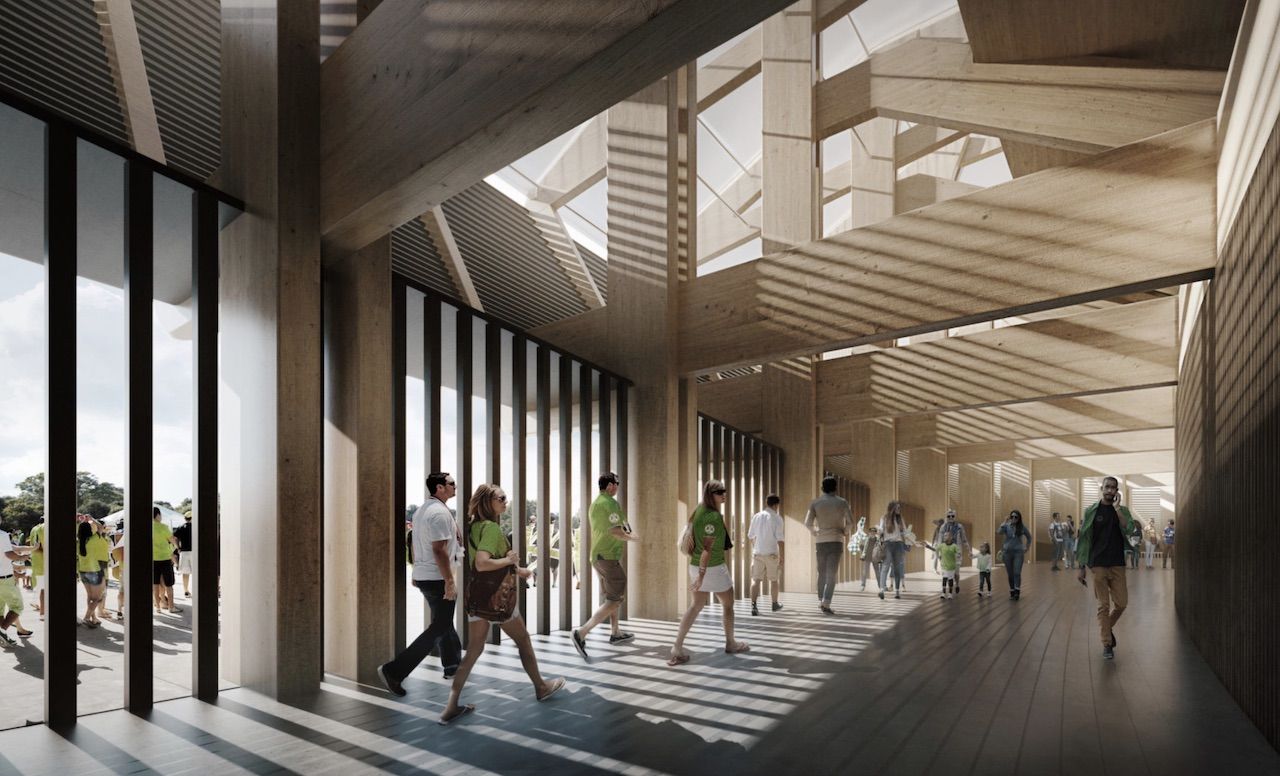 Dale Vince, the chairman for the Forest Green Rovers, said, “The importance of wood is not only that it’s naturally occurring, [but] it has very low embodied carbon — about as low as it gets for building material. When you bear in mind that around three-quarters of the lifetime carbon impact of any stadium comes from its building materials, you can see why it’s important.”

In addition to simply being architecturally stunning, the stadium will be carbon neutral or even carbon negative, thanks to on-site renewable energy generation. The seating terraces, floor slabs, and nearly every other element of the stadium will be made from sustainable timber. The project goes far beyond just the stadium, too. A surrounding Eco Park will include training facilities, a sport science building, tech business park, and even a nature reserve. 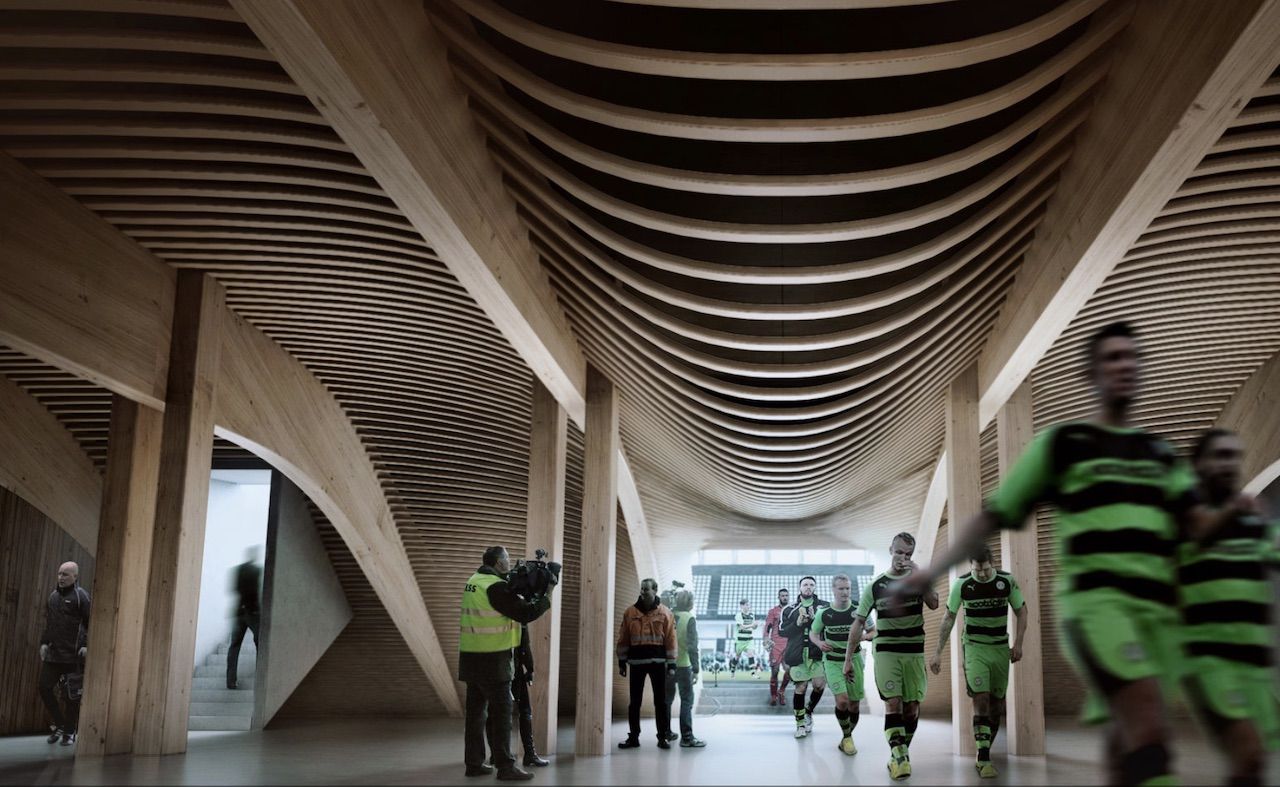 A completion date hasn’t been announced yet, but you can bet the Forest Green Rovers are eagerly anticipating their debut in the new stadium.