If you order an Espresso Martini at a bar in the US, there’s a good chance the only thing you’ll be served is some judgment from the bartender. Or at the very least, an overly sweet, watered-down, subpar version of the cocktail you wanted. It’s a different story in Australia and much of Europe, though, where the Espresso Martini is a cherished drink that you should order every chance you get.

The history of the Espresso Martini begins with a tired supermodel ready to party and a discreet British bartender. According to cocktail legend — which, admittedly, has a reputation for being a bit muddled — bartender Dick Bradsell invented the Espresso Martini at London’s Soho Brasserie in 1983. The supermodel in question asked for a drink that would both wake her up and get her drunk. Bradsell created something using the ingredients he had on hand: fresh espresso, coffee liqueur, vodka, and sugar. He dubbed it the Vodka Espresso.

Over the years, Bradsell took the drink (and the secret of who first ordered it) with him to various bars. It first became known as the Pharmaceutical Stimulant; then, in the true ‘90s fashion of naming everything in a Martini glass a “tini,” it became the Espresso Martini. It’s been a popular drink at bars in Europe and Australia ever since. To understand why — and why you should get one when you visit — you first have to understand what went wrong in the US.

The US loses its Espresso Martini cred. 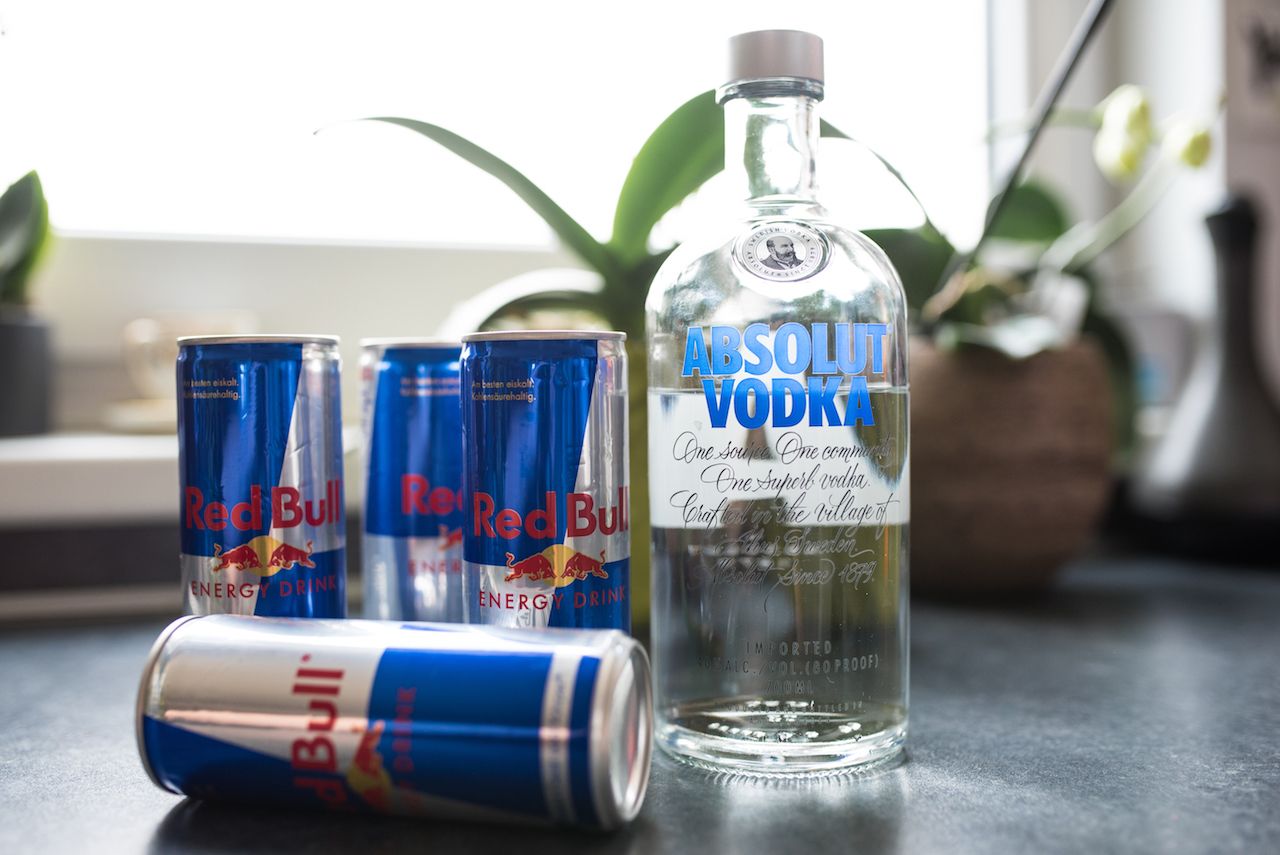 The ‘90s and early 2000s were the cocktail Dark Ages in America. Drinks like sweetened Cosmopolitans and Appletinis were everywhere, and sugary, cheap ingredients filled the back bar. Picking a cocktail off the menu was like picking out of a bowl full of adult Halloween candy. That was the America that the Espresso Martini faced when it first came to the US shores. Even worse, the overwhelming majority of bars didn’t have espresso machines.

Without the proper tools, US bartenders improvised. They swapped the freshly made espresso for less concentrated and less flavorful drip coffee. Sweeter ingredients play a larger role in the drink’s flavor profile without espresso, and it lost balance. Then came the competition.

In the final years of the 1990s, a San Francisco bar called Butter popularized mixing Red Bull energy drinks and vodka: a pick-me-up just like the Espresso Martini with an even more intense energy rush that is nearly impossible to mess up. Red Bull from a can will always taste like Red Bull. Although some bars used cheaper energy drinks that can come from a soda gun, the concept stayed the same. The Red Bull Vodka (or Vodka Red Bull, or Vod-Bomb, or DVR) became the drink of choice for people wanting to wake up and party.

Then, in 2005, Four Loko came onto the market. The sweet, fermented malt beverage was inspired by the popularity of Red Bull Vodkas and was a grenade of alcohol and caffeine in a 24-ounce can. It earned a reputation as blackout juice and the first step to bad decisions. The camouflage cans took over a subset of the late-night (and late-late-night) drinking scene. Then, almost as quickly as it came, it was banned for appealing to the youth and containing dangerous amounts of caffeine.

All this time, those drinks were taking away from any attention the Espresso Martini would have been getting. It’s had fits and starts of renewed popularity at cocktail bars in the US thanks to quality ingredients like Mr. Black coffee liqueur and J. Rieger & Co.’s Caffé Amaro, but elsewhere in the world, the cocktail got the respect it deserves.

Europe and Australia take the Espresso Martini to new heights. 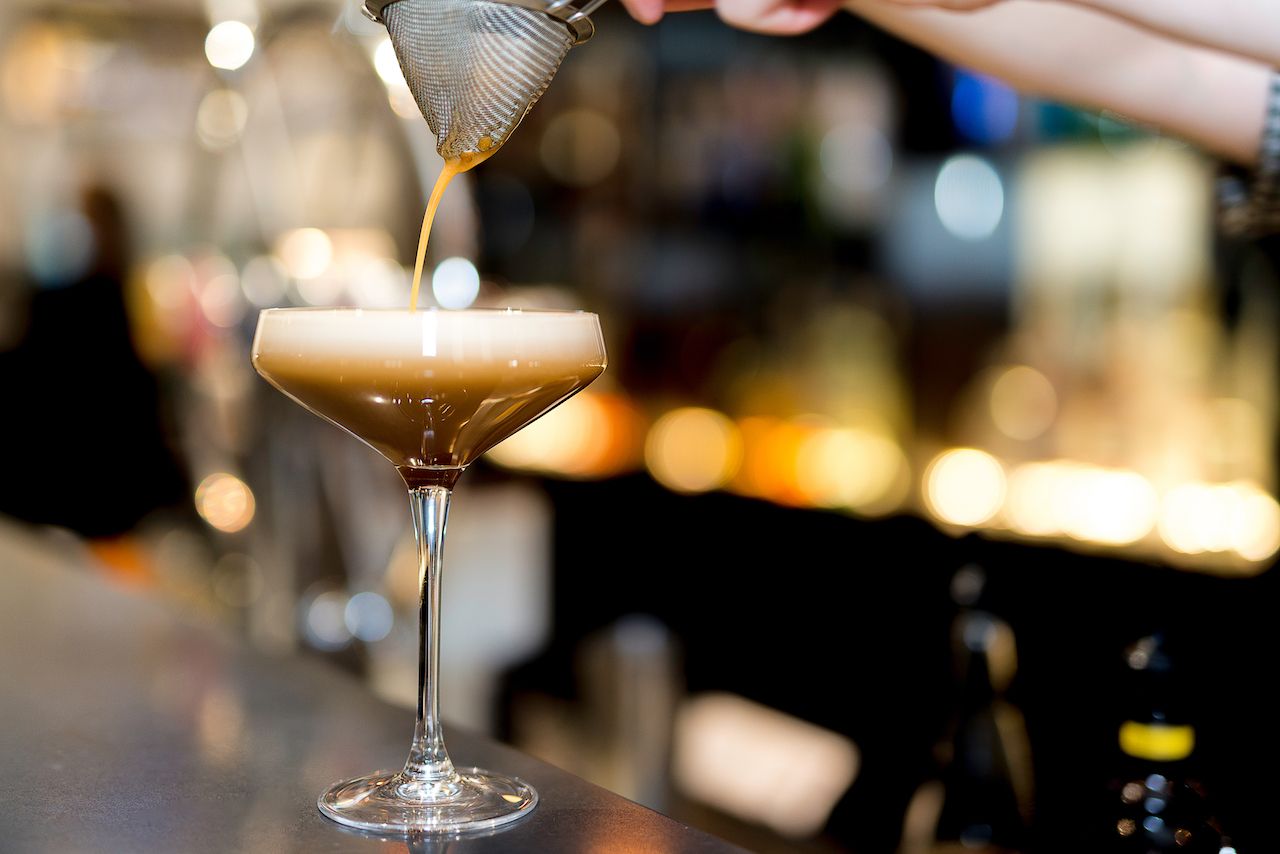 The Espresso Martini’s story over the past couple of decades was different across the Atlantic and Pacific. European bars may not have the same cocktail culture as the United States, but many of them do have proper espresso machines. Walk around Europe’s major cities at night in the summer and you’ll see tables full of people drinking Espresso Martinis outdoors. And while it’s prevalent in Europe, it absolutely dominates Australia.

“Did you know that the highest selling cocktail in Australian bars is an Espresso Martini?” Tom Baker, the co-founder of Mr. Black, tells Matador Network when asked about coffee cocktail culture in Australia. “That should give you a good indication of our caffeine dependency.”

The first espresso machine arrived in Australia around 1930. It was brought by the Massoni family of Italian immigrants and installed at the Café Florentino. Espresso culture spread from there with an influx of espresso machines imported into the country for bars, restaurants, and cafés in the 1980s — just in time for the Espresso Martini boom.

“For us Aussies, coffee is more than just a beverage, it’s an obsession,” Baker said. “A point of national pride. We’ve evolved from an Italian coffee heritage into world leaders in specialty coffee.”

For evidence supporting his claim, just look at how many great coffee cities are in Australia.

While many foreign bars try to emulate American cocktails, and some even try to copy American Prohibition-style speakeasies, the Espresso Martini is one drink that you’ll find tastes much better abroad than in the United States. So if you ever find yourself in Europe or Australia and are seeking a buzz in both senses of the word, you know what to order.