Growing up in Egg Harbor, New Jersey, near Atlantic City, Esther Choi followed her grandmother around the kitchen while her siblings opted to play outdoors. With few other Korean people, or even Asian supermarkets nearby, Choi’s grandmother had to be resourceful and creative: She planted her own garden of Korean herbs and vegetables — like perilla, Korean peppers, minari, and Korean courgettes — and made every meal from scratch with the ingredients she had available.

Choi says she was “obsessed” with her grandmother’s distinct cooking style, which married Korean and American flavors. Her grandmother packed Spam and rice in Choi’s lunchbox, and on Thanksgiving she stuffed the turkey with sticky rice. Choi’s grandmother didn’t necessarily teach her each step to make her dishes. Instead, what stuck with Choi was her grandmother’s cooking philosophy.

“Her philosophy was always, cook with your whole heart, cook with love. It’s really about the person you’re cooking for, and not necessarily about yourself,” she tells me.

In 2017, Choi founded the Korean eatery Mokbar in New York City’s Chelsea Market. Choi is adamant that the food at Mokbar is a reflection of her Korean-American heritage, and her food plays on how those two cuisines interact, enhance, and play off each other. Choi spent three years, from third grade to sixth grade, living in Korea and attending a Korean school, where she learned to speak Korean fluently. During this period, she was also introduced to Korean street food, which is one of Mokbar’s most prominent influences. Her favorite was tteokbokki — rice cakes served in a spicy broth. Choi reinterpreted that dish at her restaurant with ingredients inspired by American flavors, like bacon, brown butter, and a poached egg.

Mokbar has been thriving since it opened. But her position as a successful restaurant owner was hard-won. At the beginning of her professional career, after she graduated from the Institute of Culinary Education and began cooking professionally, she found that she had to work twice as hard as her colleagues to be recognized and respected at work.

At the time, she was working seven days a week, 90 to 100 hours a week. She would work as a server during the day, then switch to working in the kitchen at another restaurant in the evening. She didn’t have time to eat between shifts some days, so she’d run down the street with a sandwich in her hand to save time.

“I wouldn’t even have a moment to myself where I could just breathe,” she says. “I remember days where I would be on the subway, and I would just start crying out of nowhere.”

Back when Choi first started working as a line cook, most women — if there were any on the kitchen staff — worked in pastry. But Choi worked on the hotline (where the hot dishes are assembled). She was up against what she calls the “machismo” of the male cooks as a slight Asian-American woman. So she dug her heels in, determined to break any lingering stereotypes that her coworkers might have about women in the kitchen.

“I worked way harder than everybody else,” she says. “I left the latest, I was always eager, always wanting to help. I did whatever it took to make sure I earned [their] respect.” 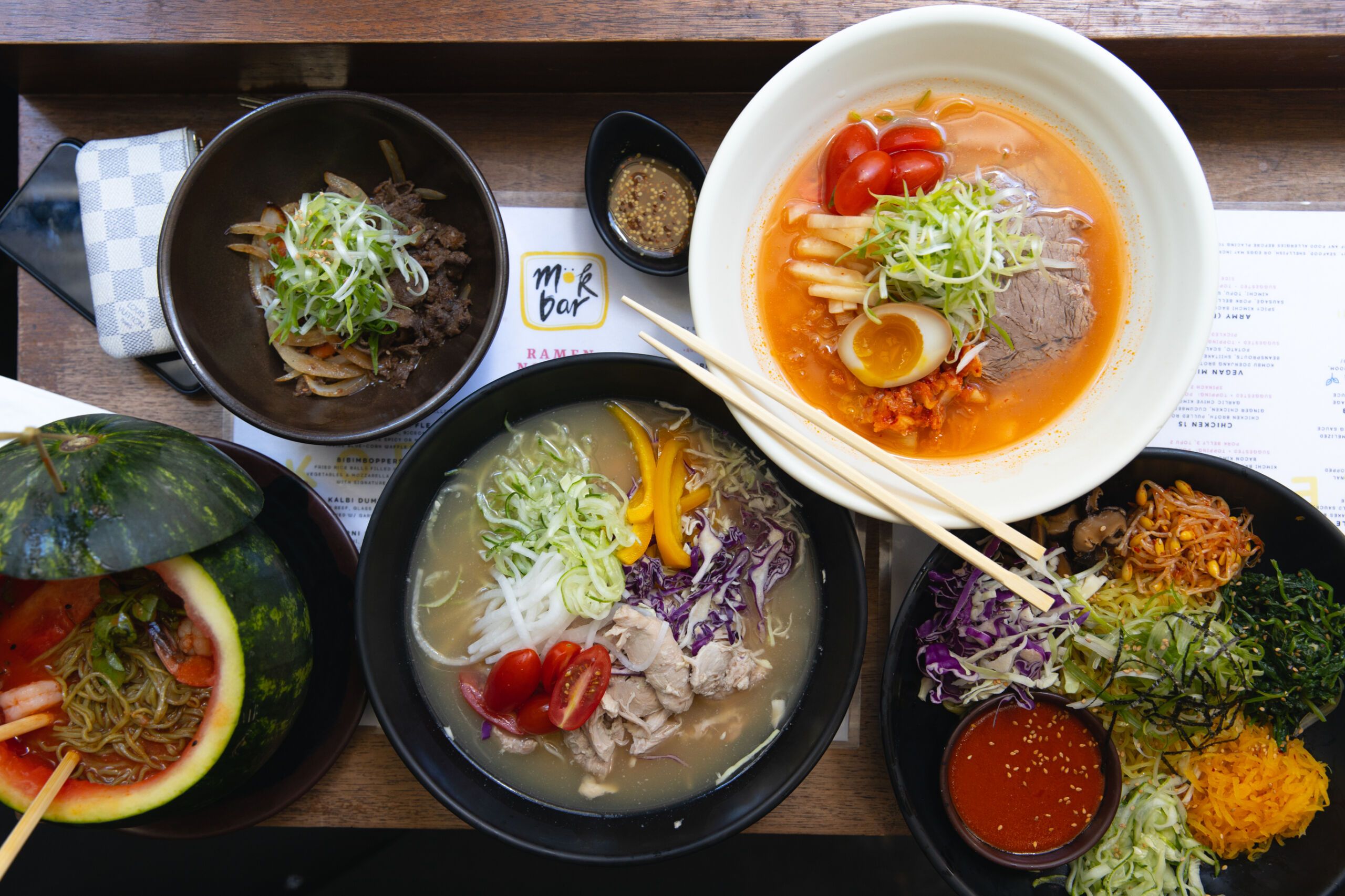 Choi’s hard work wasn’t in vain. Eventually, she landed a position at Food Network before earning the sous chef position at La Esquina. She’d only been there a few months before she got a call from her former boss at the Food Network. He said a spot for a restaurant was opening up in Chelsea Market, and she should try to snag it. Choi was incredulous; she didn’t think was ready to open a restaurant, and she definitely didn’t imagine anyone would take a chance on her.

“I didn’t have any money,” she recalls. “I was nobody. I had nothing.”

Still, Choi couldn’t resist the opportunity. Initially she was one among thousands of applicants, some of whom had 20 years of experience and a fine-dining background. While working on her application, Choi — still working 80 hours per week as a sous chef — worked until 2 AM and then worked on her 80-page business plan until 5 AM. Then the board deciding who would be awarded the space asked her to put together a pairing dinner for 10 people. Choi completed every task, knowing there was still a chance that, after that work, the space would go to someone else.

All told, the process took around three and a half months. The committee narrowed it down to two concepts, including Choi’s. She still remembers receiving the call from the leasing agent, who took her to lunch and announced her concept had been accepted. She was officially a restaurant owner. But she had no idea what to do next. She’d never run a restaurant by herself before.

“I was on my own,” she says. “No mentor, nobody even knew who I was. I just had to do it myself. I just figured it out.”

Choi opened Mokbar with an almost entirely women-run team: Her sister Jennifer is her business partner; her head chef is a woman named IL JI Cheung, who grew up in Seoul; and her director of operations is Jin Jang, who rose to that position after starting out as the restaurant’s chef de cuisine.

It wasn’t necessarily Choi’s intention to have a female-led staff, but she’s worked with male leaders and managers before and says that, with them, “the click just wasn’t there.”

“I love working with smart, strong women,” she adds. “We all just sort of gravitated towards each other. We created this synergy that cannot be broken. We always say, ‘We’re lifers. We’re in this together.’”

Looking at Mokbar’s roster of women leaders, it’s easy to imagine other women who have aspirations toward becoming chefs and restaurant owners someday, finding inspiration and motivation in everything the Mokbar team has accomplished. MokBar’s success opens the door for many other women — especially other women of color — who dream of opening their own restaurant someday. But that influence, intentional or not, on other would-be entrepreneurs fits into Mokbar’s philosophy of giving as much to their guests as they can.

“We have this quote at Mokbar: ‘Cook with love,’” Choi says. “So that’s always the secret ingredient to any dish. It’s a personal flavor that you put into the dish, that comes from your heart.”