Temperatures are finally rising after the long winter months, which means most people in New York City are eager to be out and about and enjoying the sun without having to worry about getting sick or bundling up. One of the best things about spring here is the abundance of events and festivals, which means there’s always something going on whether it’s a Monday afternoon, Wednesday evening, or weekend. From eating to your wallet’s content at a food festival to free theater in Central Park, here are eight events you can attend to celebrate spring in NYC. 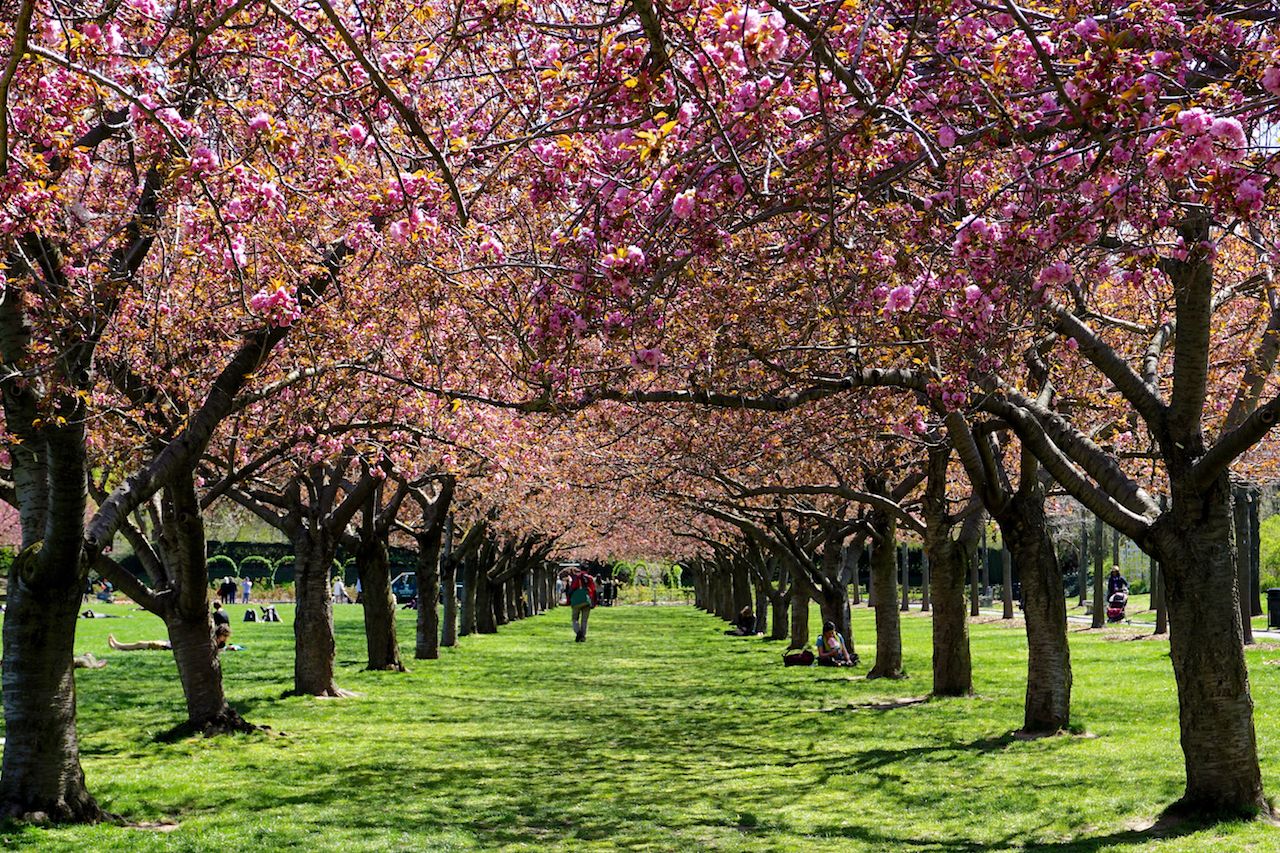 Cherry blossom season in Japan is not to be missed, but if you can’t make it, there are plenty of other places you can see the beautiful flower bloom. In the US, Washington, DC, and NYC have some of the best, and most fun, cherry blossom festivals come springtime. These celebrations began as a direct result of Japanese Mayor Yukio Ozaki gifting cherry blossom trees to the US to symbolize the bond between the two nations. In NYC, you have two options to see the white-and-pink flowers: the Brooklyn Botanic Garden and Randall’s Island. In additional to the traditional hanami (flower viewing), the festivals will have musical and dance performances, art demonstrations, short classes on things like taiko drumming, shops, food, and more. Be sure to check the websites for more information on ticketing.

Food and drink are an integral part of New York culture, from the best burgers and sweetest desserts to wine bars and breweries. As such, it stands to reason that we do everything we can to celebrate that culture. A vast number of food and drink festivals pop up once temperatures rise, such as the BBQ Cookoff, Food Truck Fest, Maple Fest, Hot Sauce Expo, Ninth Ave International Food Festival, and New York Beer Fest. Some food markets, like Smorgasburg and the Queen’s Night Market, occur on a weekly basis. 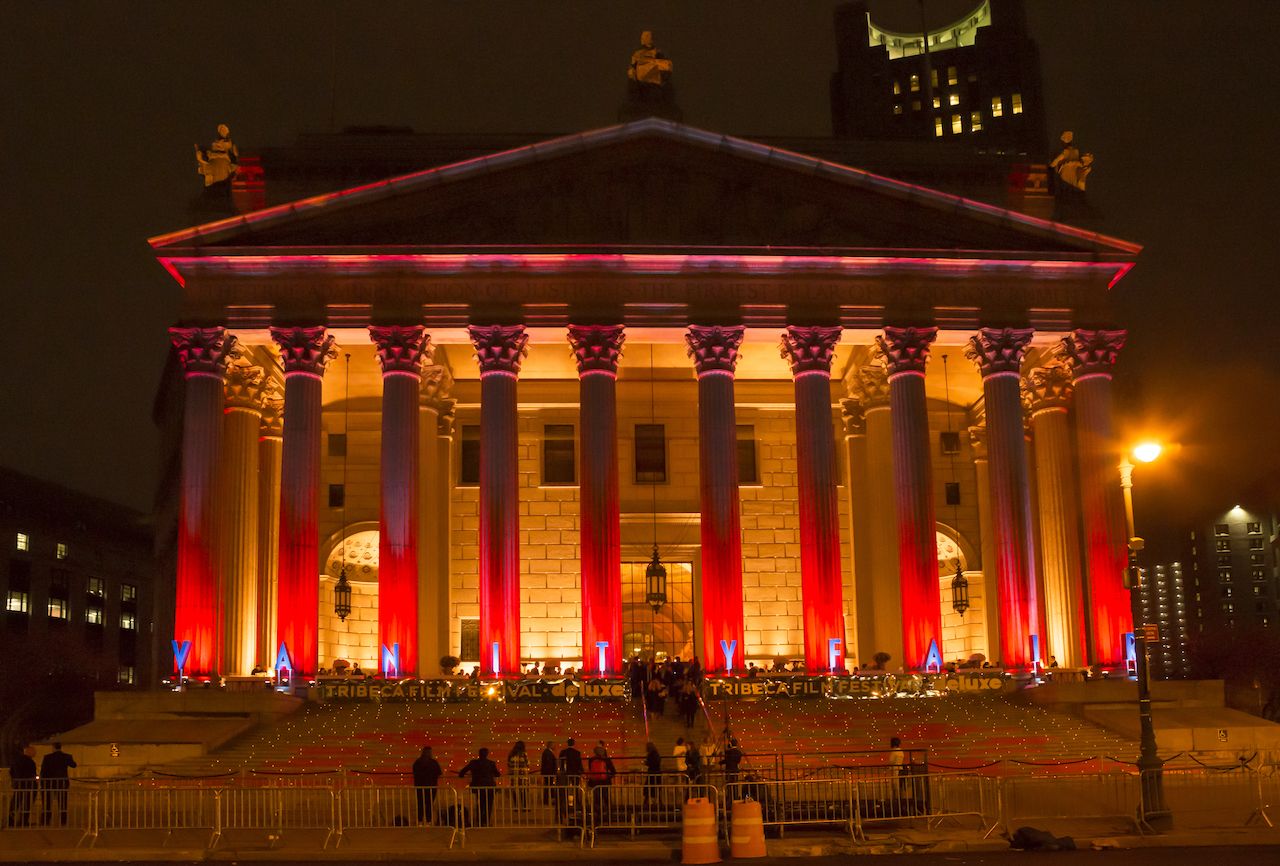 Beginning in 2001, the Tribeca Film Festival was founded by producer Jane Rosenthal, actor Robert DeNiro, and philanthropist Craig Hatkoff in response to the demoralized community following the 9/11 attacks. The festival is where both emerging and established filmmakers can debut their works to a larger and broader audience. While independent films are the primary focus at TFF, some studio films like Star Wars: Attack of the Clones and The Avengers have premiered there and continue to do so.

In addition to films, events for TV, games, and virtual reality also occur. Programming hours vary depending on the day and take place at different venues around the neighborhood. Ticketing also depends on the type of programming you attend, and obtaining a spot can be as easy as purchasing it on the website or having to wait on a standby line. The festival runs from April 24 to May 5.

The New York Botanical Garden in the Bronx may not have a cherry blossom festival, but it’s definitely worth a visit in the spring nonetheless. It puts on a wide array of exhibits throughout the year, but late winter through the end of April is the annual flower festival. This year’s theme is “The Orchid Show: Singapore” as a tribute to Singapore’s national flower. It features thousands of orchids in a variety of colors and shapes, with some towering well above human heights and others in overhead arches.

Prices are cheaper if you visit on a weekday, with it being $23 for adults, $20 for seniors and students with a valid ID, $10 for children ages 2-12, and free for children under two; on a weekend, it’ll be $28, $25, and $12. If you’re 21 and over, you can attend the orchid evenings for $38, where everything is lit up in true Singapore fashion. There’ll be a DJ, as well as food and drinks for purchase. 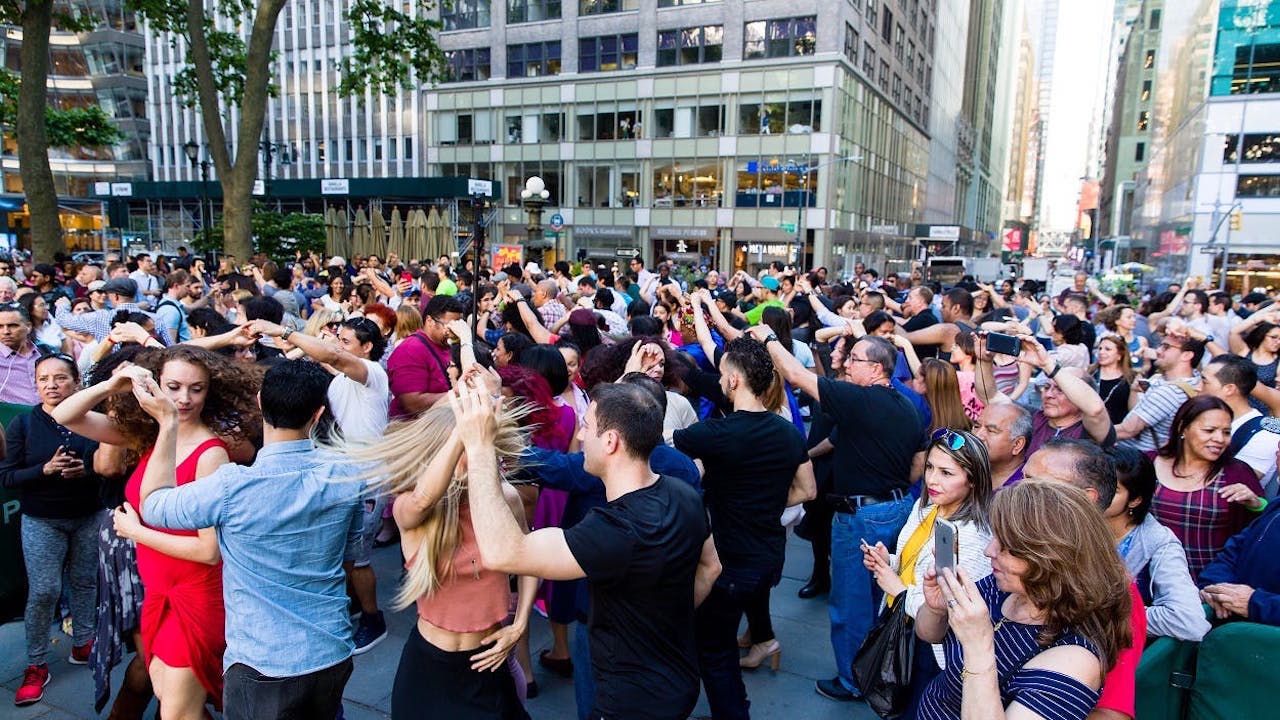 Located in Midtown, Bryant Park is known for putting on fun programming, from bumper cars to ice skating to silent discos. One popular event is the weekly dance parties, where a type of dance will be taught to attendees every Wednesday — one day you might be learning to salsa and another you might be partnering up for some ballroom. There’ll be an hour of instruction from 6:00 PM to 7:00 PM, and then there’ll be live music from 7:00 PM to 8:30 PM to put your new skills to the test.

This year, Earth Day is on April 21. While NYC may not be the cleanest or greenest city, we try our best to help environmental efforts in the ways we can. You’ll be able to find a number of celebrations paying tribute to Earth Day all throughout the five boroughs, from car-free streets to beach cleanups to 5K walks.

7. Shakespeare in the Park 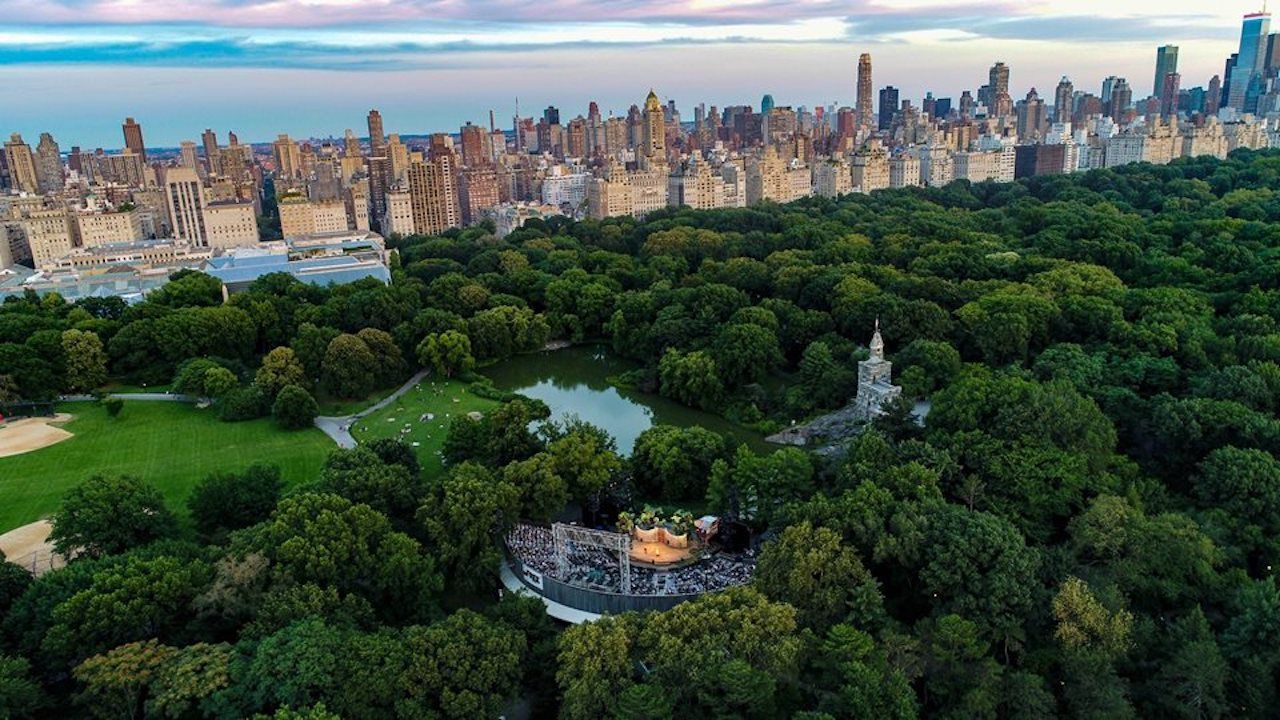 Broadway theater can err on the pricey side if you don’t want to queue up for hours in the early morning or try your luck with a lottery, but Shakespeare in the Park provides a free alternative, with the added bonus of being outdoors. The mission of the company behind it, The Public Theater, is to make theater accessible and relevant for everyone. It kicks off in the spring on May 21 with Shakespeare’s Much Ado About Nothing, which will be put on until June 23. When summer begins, the production will switch over to Coriolanus. It’s held in the open-air Delacorte Theater in Central Park. Tickets are given out on the day of each performance at various locations in the five boroughs, but you can also try the in-person lottery at The Public Theater or the digital one on Today Tix.

Held on Randall’s Island, Gov Ball is one of the premier music festivals on the East Coast. A wide range of genres can be found here, including pop, indie, rock, hip hop, and EDM. It attracts artists of all kinds, from big names to rising stars, and there are several music stages. This year’s line up includes Florence and the Machine, The Strokes, and Tyler, the Creator. The festivals span three days, from Friday, May 31, to Saturday, June 2. There are four kinds of tickets, and each comes with its own set of benefits: general admission, VIP, VIP plus, and platinum. All ticket levels offer a layaway plan and, barring platinum, can be purchased for a single day or the entire three days.