About two months before my wife and I got engaged, we went to Paris. We were both big fans of the show Parks & Recreation, and in the show, the two main leads declare their love for each other by putting a “love lock” on Paris’s Pont des Arts bridge. If you have traveled to any major city that has a bridge in the past 5 years, you have seen a love lock. They are everywhere now.

The idea is simple: a couple crosses the bridge and puts a padlock on a section of the chainlink fence. The lock represents their love, and it will stay there for all of eternity. They then dramatically hurl the keys to the lock into the body of water under the bridge. They make out a bit. And then they leave. The lock stays.

At the point in my life where my wife and I were on the Pont des Arts, I was already a travel writer, so I knew the practice was kind of lame and played out. But it was a nice time in our relationship, and I wanted to commemorate that, so we pulled out a tiny little baggage lock, etched our initials onto it with the key, and placed it on one of the less crowded sections of the fence. We made out a bit. And we left.

The collapse of the Pont des Arts 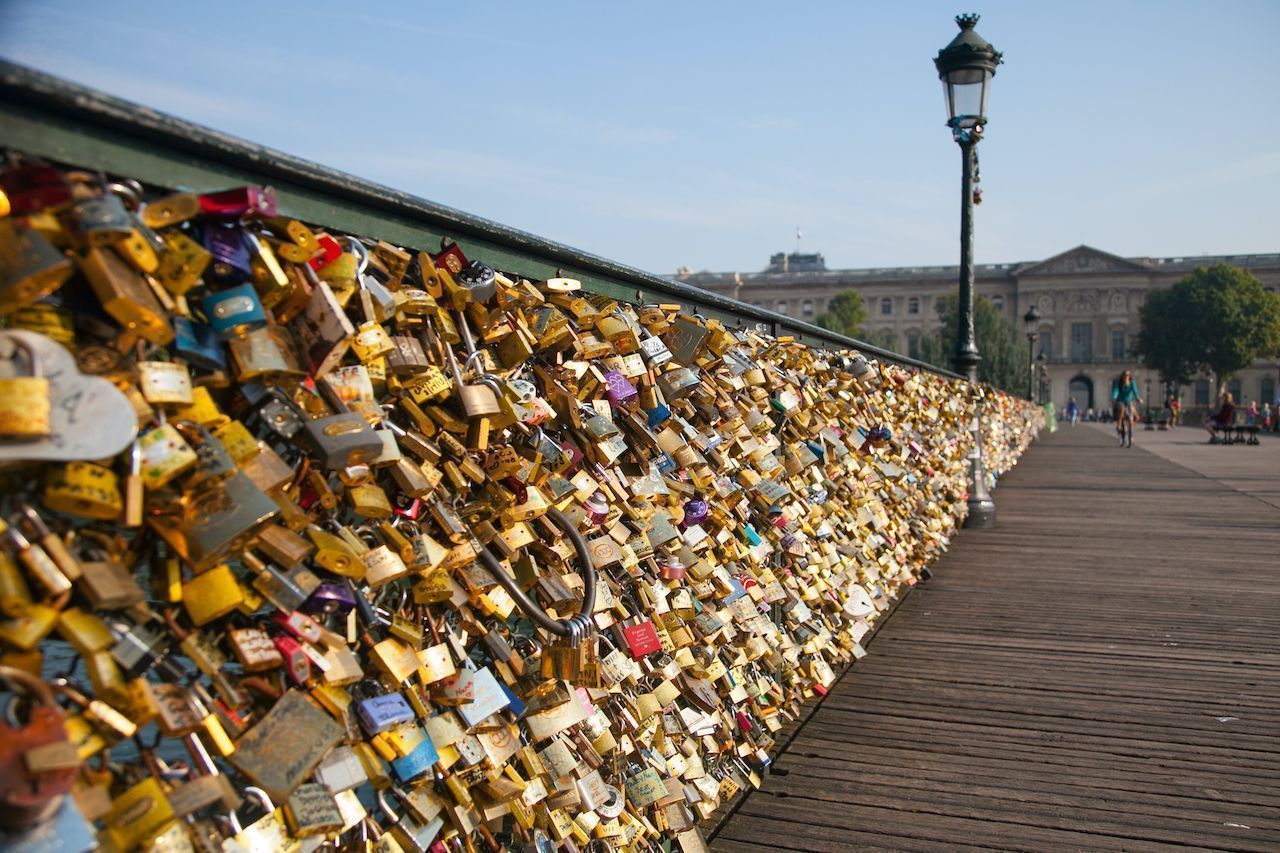 A few months later, the Pont des Arts collapsed. Or rather, a section of the fence that had been covered in locks collapsed. Individual locks are not very heavy, but hundreds of locks at a time are, and the poor chain link fence just couldn’t take it anymore. The bridge had become a huge attraction in and of itself. Hawkers sold locks (and sharpies, for those who wanted to sign their name to their crime) to passing couples on the bridge, and, in spite of warnings from French officials that it was not really good for the bridge to be weighed down by tens of thousands of locks, the tradition exploded. So what happened was inevitable.

Eventually, French officials took down all of the locks (including, presumably, our own), with their final weight clocking in at a staggering 45 tons. They never ended up fishing the over 700,000 keys out of the Seine. The newly installed fences were not chainlink, and couldn’t be locked on to.

But it was too late. The love locks had spread to 11 other bridges in Paris, and love locks today can be seen on New York’s Brooklyn Bridge (against the wishes of city officials), Cologne’s Hohenzollern Bridge, and at the Love Bell on Japan’s Enoshima Island. Love locks are now a global phenomenon. 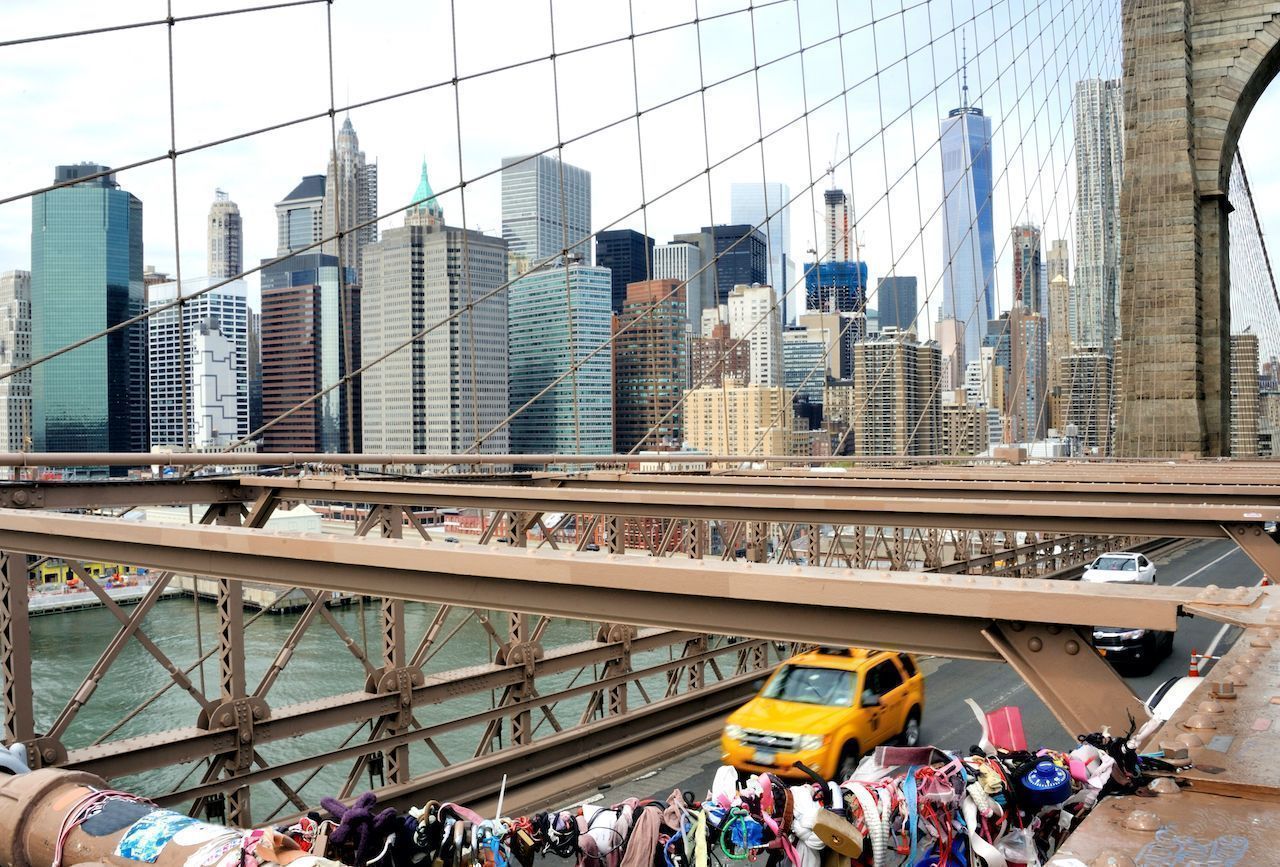 Where does the tradition come from?

What is most interesting is that the love lock tradition didn’t even start in Paris — it started in a town called Vrnjačka Banja in Serbia. There, shortly before the First World War, a young man and woman fell in love, and would meet every night at the Most Ljubavi bridge in town. But the man went into the military, and while abroad, he met and fell in love with someone else. The young woman died of heartbreak, and superstitious local women began going to the bridge, writing the names of themselves and their lovers on padlocks, and locking them to the bridge, in the hope that it would bind their paramours to home.

It is an almost blindingly romantic story, but the tradition petered out after the war, until Serbian poet Desanka Maksimović wrote a poem about the story, and it took off again, but still only at the Most Ljubavi.

The origin of the current wave of love lock bridges probably comes from a single Italian writer named Federico Moccia. Moccia wrote a book called I Want You that featured a couple who put a love lock on a lamp post on Rome’s 2100-year-old Ponte Milvio bridge. The book was popular, and spawned a movie adaptation, and shortly after the movie came out, the lamp post partially collapsed. People started putting their locks elsewhere on the bridge, and the Roman government began fining people 50 euros if they were caught putting love locks on the bridge. 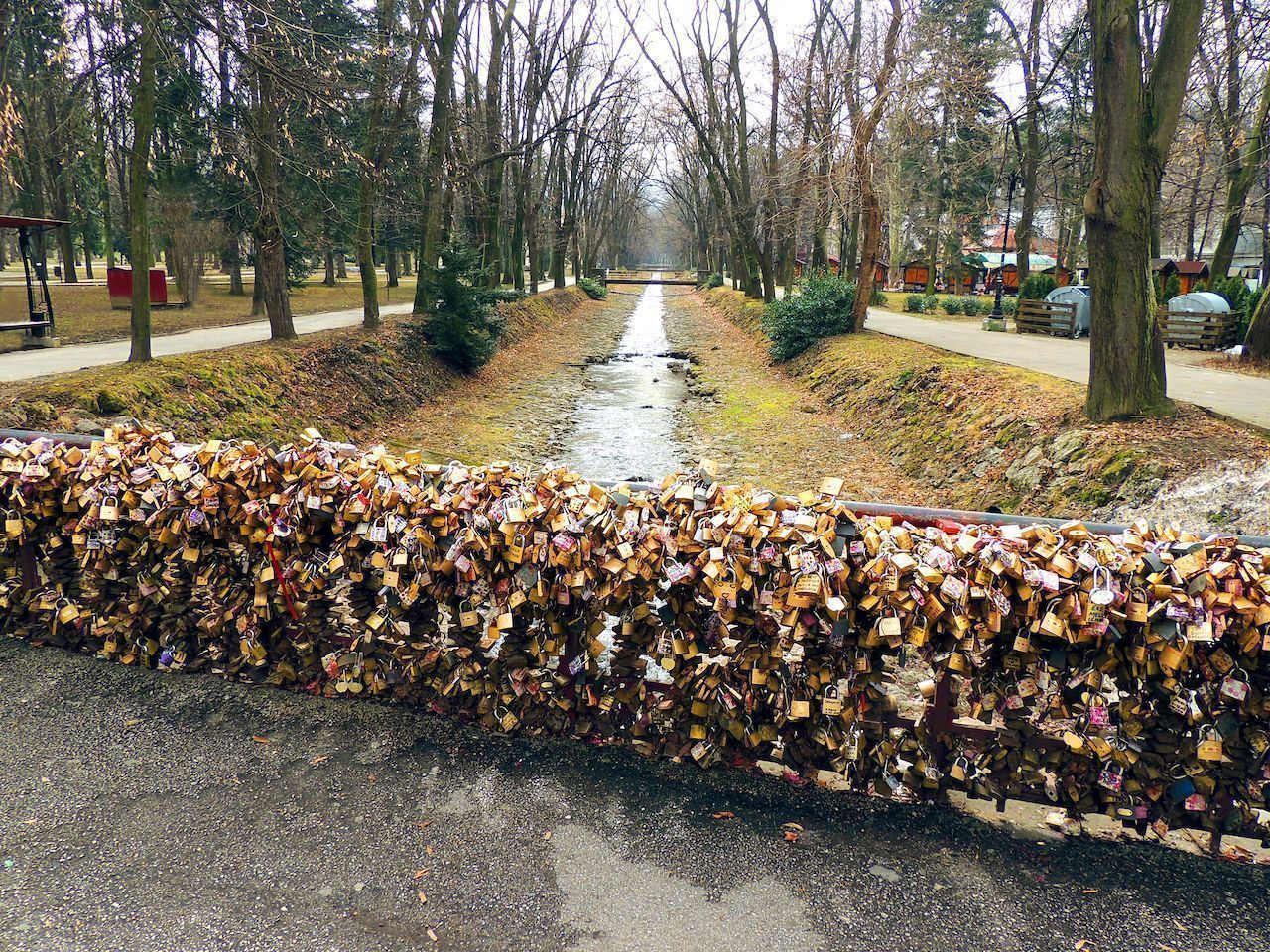 From there, the tradition spread to Asia and the rest of Europe, eventually becoming an issue in France in 2010. We can probably thank the current explosion of love locks at least in part to Parks & Recreation, but the tradition was getting out of control before the airing of that episode. Now, all over the world, city governments are begging people to please stop weighing down their bridges with locks of love.

Being a romantic in the 21st century

If I had to do it all over again, I do not think I would have put a love lock on the Pont des Arts. I knew it was somewhat silly at the time, but I felt it was romantic, and I had assumed (wrongly) that it was being done with the tacit approval of the Parisian government. It felt harmless.

And, if it had just been me, my wife, and a few other people, it would’ve been harmless. But the 21st-century travel culture is a culture of hordes, not individuals. National Parks are finding that they have to quickly adjust to deal with masses of Instagram crowds that swoop down on a location that has become popular on social media. World Heritage Sites like Machu Picchu are grappling with the contradiction that their local economy relies on tourism, but that the site itself is under threat from the erosive effect of mass tourism.

Ecologists call this effect the “tragedy of the commons.” In a nutshell, it is harmless for a single person to act in their own self-interest, say, by taking as much water as they want from a well. But it is not harmless for everyone to act in their own self-interest — without rationing what comes out of the well, it will soon run dry to no one’s benefit.

We, as tourists, have to be cognizant of how we, in massive numbers, are eroding the places we love to visit. It is romantic, of course, to place a lock of love on a bridge. But, if we must commemorate our everlasting love with a permanent artifact, perhaps it would be more romantic to get joint tattoos or plant a tree. We do not want to love each other and the world so hard that we end up destroying it.

NewsParis Takes Down Love Locks, Jinxes Thousands of Relationships
Tagged
Activism Romance
What did you think of this story?
Meh
Good
Awesome

May 14, 2022 Georgina Guthrie
✖
travelstoke
Download the mobile app
stoked by