John Metta, cider maker at Slopeswell Cider in Hood River, Oregon, insists he is just a hobbyist. When the cidery initially opened in 2015, he waited until his kids were asleep and then snuck out to make cider in plastic wine barrels, because he didn’t have any professional equipment. Slopeswell has a distributor now, but Metta says he didn’t even want one — because as he repeatedly reminds me, all this is just a hobby.

Metta calls his cider “easy going,” and not perfect. His cider making goals are simple: to bring the complexity of an old world cider apple from France and Britain to an accessible cider that anyone, no matter their level of familiarity with cider, can enjoy. This seemingly casual practitioner of the cider-making arts is at the heart of one of the most promising cider scenes in the United States. 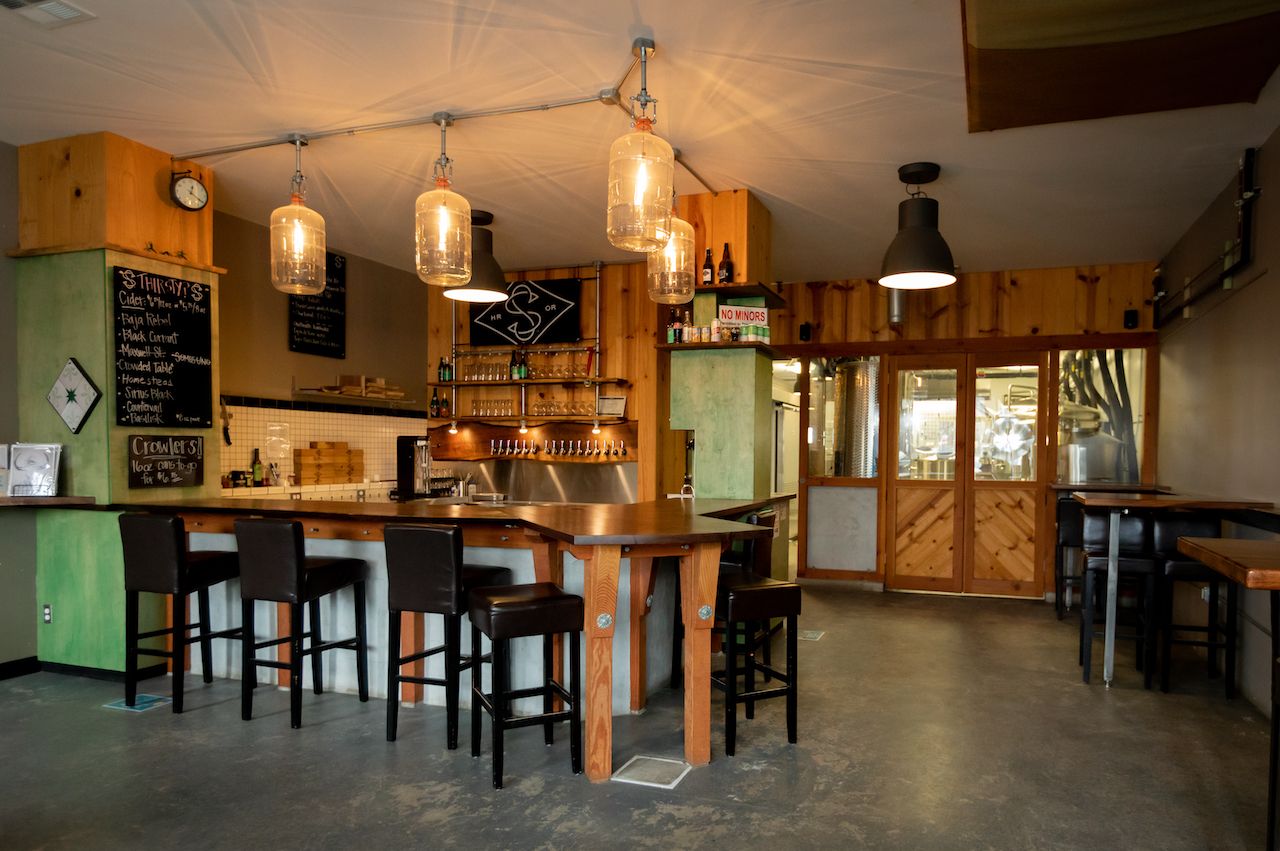 Situated at the lush, verdant river basin of the Hood River, the Hood River Valley is replete with productive farmland. The valley, guarded by the towering and ever present Mount Hood to the south, gets extra nourishment from the nearby Columbia River. Perhaps one of the most popular day trips in the area is the Fruit Loop, a 35-mile drive that takes visitors past apple, nectarine, and peach orchards; wineries; breweries; and farm stands selling jams, cherries, and pies. And in recent years, the region has added exceptional cider to that list.

Hood River Valley cider is a relatively new enterprise. According to Metta, cideries started opening in the area around 2013. Two years later, Metta decided to start knocking on doors, asking other cider makers if they wanted to share equipment, or get together at a local bar called Volcanic Bottleshop, and talk cider. Eventually, a group of 20 cider makers got together and formed the Cider Society.

“That was sort of an organization of all the cider makers in town, and we even had a map because all of us were there, and all of us were making cider and every one of us was making a different kind of cider,” says Metta. “And it was really stunning to see that much variation just in Hood River and up in the valley. I put this on our bottle, because I believe in so much: It’s on ciders on a landscape. It’s not a destination.”

Four years later, the Cider Society disbanded when funding from the Columbia Economic Development District ran out, and the Hood River cider community has changed considerably since then. The number of stand out ciders in the region has shrunk to about eight (there many more in nearby Mosier), but that doesn’t mean the cider is disappearing. It’s simply evolving and reinventing itself.

“In the beginning, it was growing rapidly,” Metta says of the network of cideries in the Hood River Valley. “There were some that really wanted to be big and those are gone. All the ones that were like, I’m doing this because I love it, all of us are still here. The cideries here are not trying to grow and get bigger.”

Metta says growth is still steady, but most cider makers in the region actually prefer the smaller, tight-knit community they’ve created around cider because it allows them to support and promote each other. 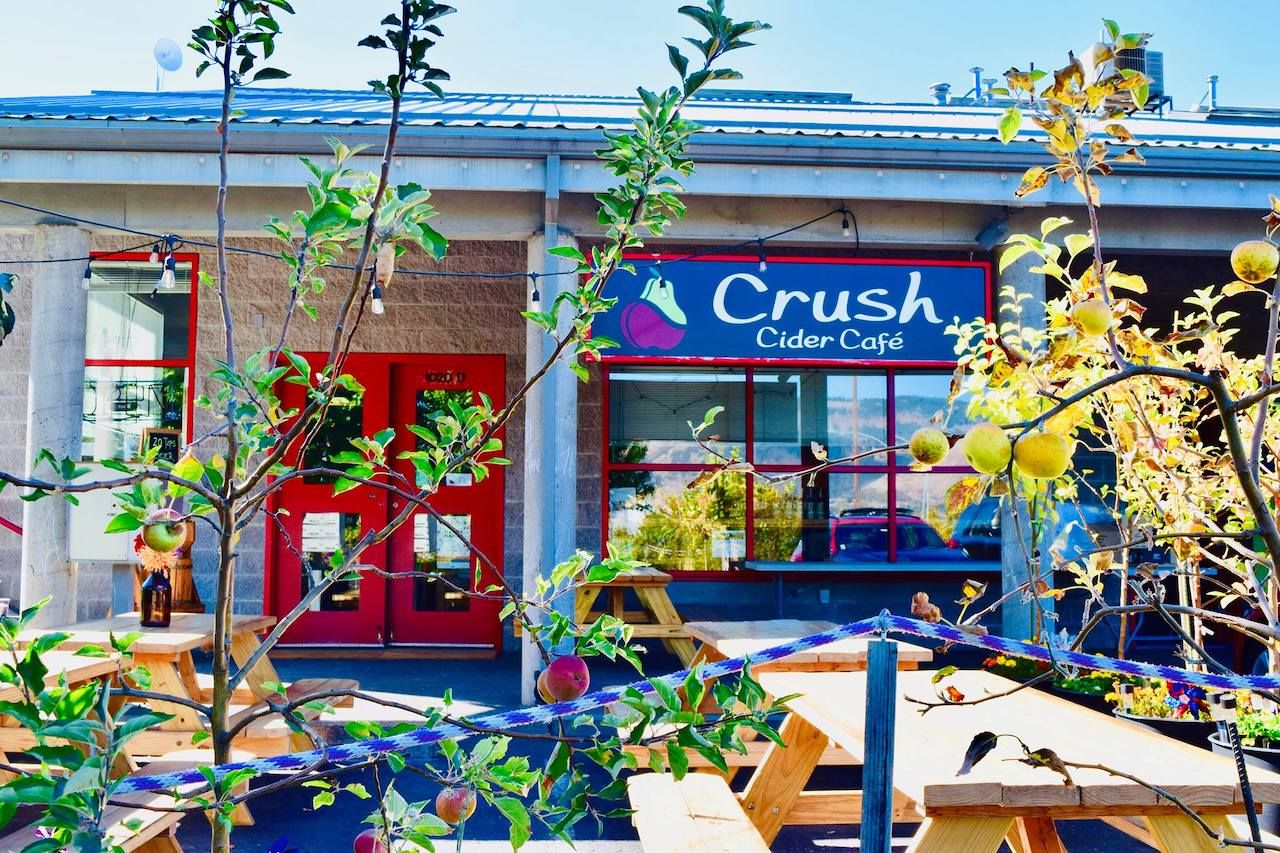 “The local producers are really close, and often share equipment, fruit, ideas,” says Jordan Struck, cider maker at Rivercider. Riverside Farms, where the cider is produced, has been in his family for five generations. “You can really count on each other. I’ve got everyone’s number in my phone.”

That welcoming, warm attitude translates into how visitors to the region are received when they stop by the Hood River Valley. Metta likens the atmosphere to Napa before the region exploded in popularity: You can walk into a cidery and the cidermaker will be milling around, ready to answer any of your questions or “talk your ear off” about cider. And you can be assured that although the region isn’t home to as many cideries as a place like Ithaca in upstate New York, this isn’t all bluster.

“We have the fruit right here, so you know it’s quality juice that’s at the heart of the ciders,” Stuck says. “We also are all super passionate about what we’re making, and I think everyone is doing it out of a love for it, first and foremost.”

For folks seeking cider in the Hood River Valley once it’s safe to travel again, Metta says that though the community is close knit, it’s not exclusive. Visitors won’t find cider snobs who turn their nose up at newcomers or people who are unfamiliar with cider. Whether you’re already well immersed in cider and want to keep exploring America’s diverse cider offerings or you’re new to the scene and looking for a safe space to learn more about cider, the Hood River Valley is well worth a visit.

“We want somebody walking down the street or coming off the mountain from a hike, wearing fleece and Keens, that has never really had cider before, to be able to experience something that is different than is what on the grocery store shelves,” Metta says.

Where to drink cider in the Hood River Valley 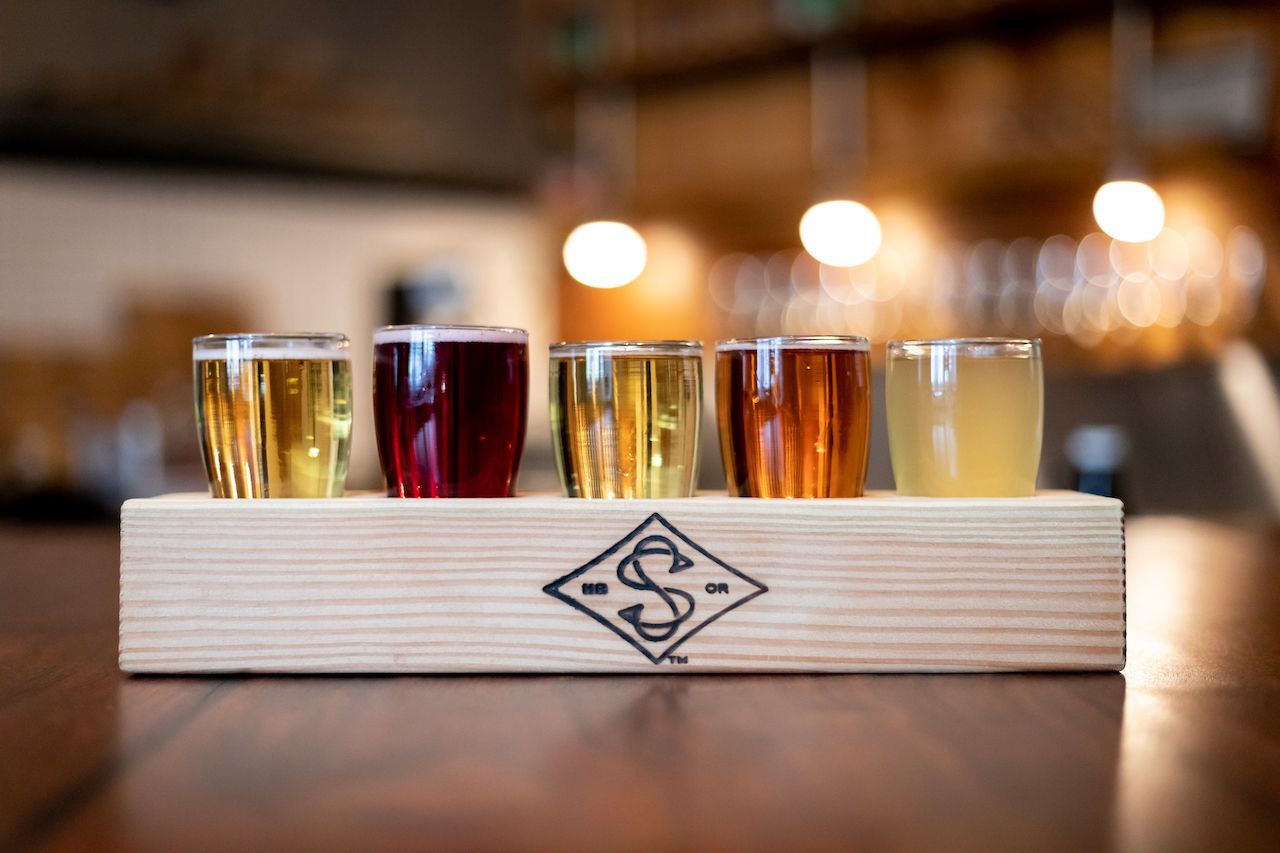 Slopeswell: At Slopeswell, Metta makes what he calls “Tuesday night champagne” — complex, bubbly, and dry. The taproom features a rotating set of Slopeswell ciders, including one infused with blackcurrant. Before the pandemic hit, the space also accommodated a music venue. The cider is called Heights, a nod to the neighborhood where the taproom is located.

Crush Cider Cafe: This restaurant and taproom serves Pacific Northwest cider, produced in places like Yakima, Washington and Gervais, Oregon as well as its own Crush cider — fermented locally in Hood River. The cafe’s Cider Garden encourages visitors to BYOB — bring your own blanket — for a casual picnic.

Fox Tail Cider and Distillery: Located along the Hood River’s Fruit Loop, the tasting room at this distillery also offers flights of spirits like vodka made from apples. It’s the only cidery and distillery in the same building in the Hood River Valley.

The Gorge White House: Cider is just the beginning of the offerings at Kennedy Family Farms and Cellars. Visit the historic Gorge White House, built in 1910, then enjoy a wine and cider tasting at the property’s farm shop, and finish your visit with a stop at the farm’s fresh fruit and flower stands.

Volcanic Bottle Shoppe: The original site of the first cider association meetings, Volcanic Bottle Shoppe has a long history of supporting Hood River Valley cider. Along with the taproom, the space is also home to a shop where you can take your own beer and cider to go — including bottles of Jordan Struck’s Rivercider.