Since the days of antiquity, travel writing has remained one of the great forms of escapism, transporting us to faraway lands using literature as its vehicle. Whether it was Herodotus romancing the mountains of ancient Greece in his Persian Wars chronicle, The Histories, or Bill Bryson struggling to conquer the Appalachian Trail at his self-deprecating best some 2,400 years later. Since opening its borders in the 1800s, Japan has inspired many intrepid gaijin (foreigners) to recount their travels too, resulting in a plethora of exploratory treatises on the island nation.

From the late, great Donald Richie’s travel book masterpiece to former chef Michael Booth gorging on washoku (Japanese cuisine) to Isabella Bird’s seminal 19th-century voyage, here are some of the very best Japan travel books to transport you across the globe.

1. The Inland Sea by Donald Richie 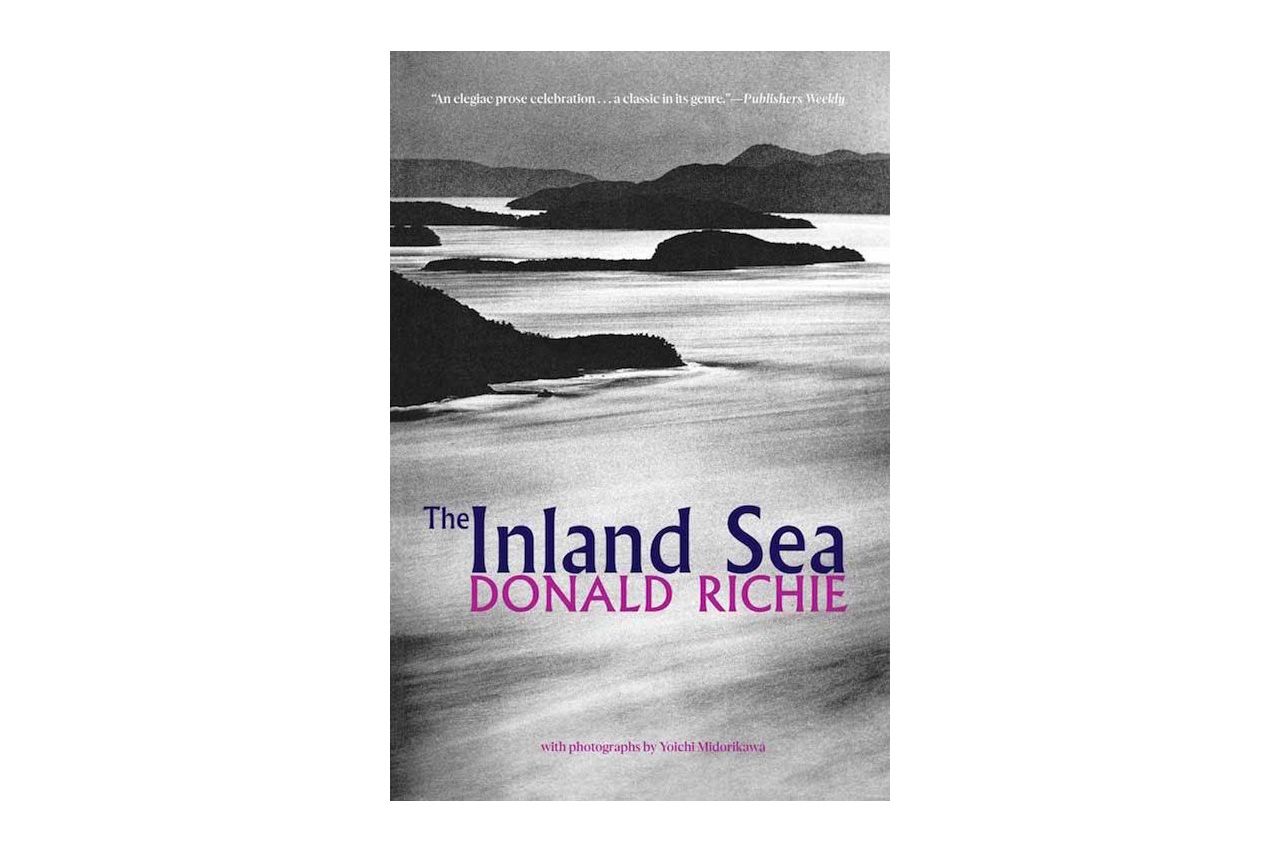 “The Japanese are the last people who stand in reverence of the natural world. Rather than attempting to eradicate it, they have successfully adapted themselves to it. They have offered themselves to it, come to terms with it.”

Arguably no foreign wordsmith has captured the nuance and idiosyncrasies of Japan and its people like Donald Richie. As the foremost English-speaking expert on Japanese cinema and culture throughout the latter half of the 20th century, Richie penned a raft of literature inspired by his 50-plus years living in Tokyo, with The Inland Sea remaining his magnum opus.

In the 1960s, Richie traveled between the islands of Japan’s Seto Inland Sea on a search for what little of Japan had yet to be spoiled by human hands He paints a linguistic portrait of the gorgeous prehistoric landscapes, revels in the company of strangers who have never before encountered a white man, and uses elegiac prose to detail a complicated relationship with his adopted homeland and his touching journey of self-discovery. 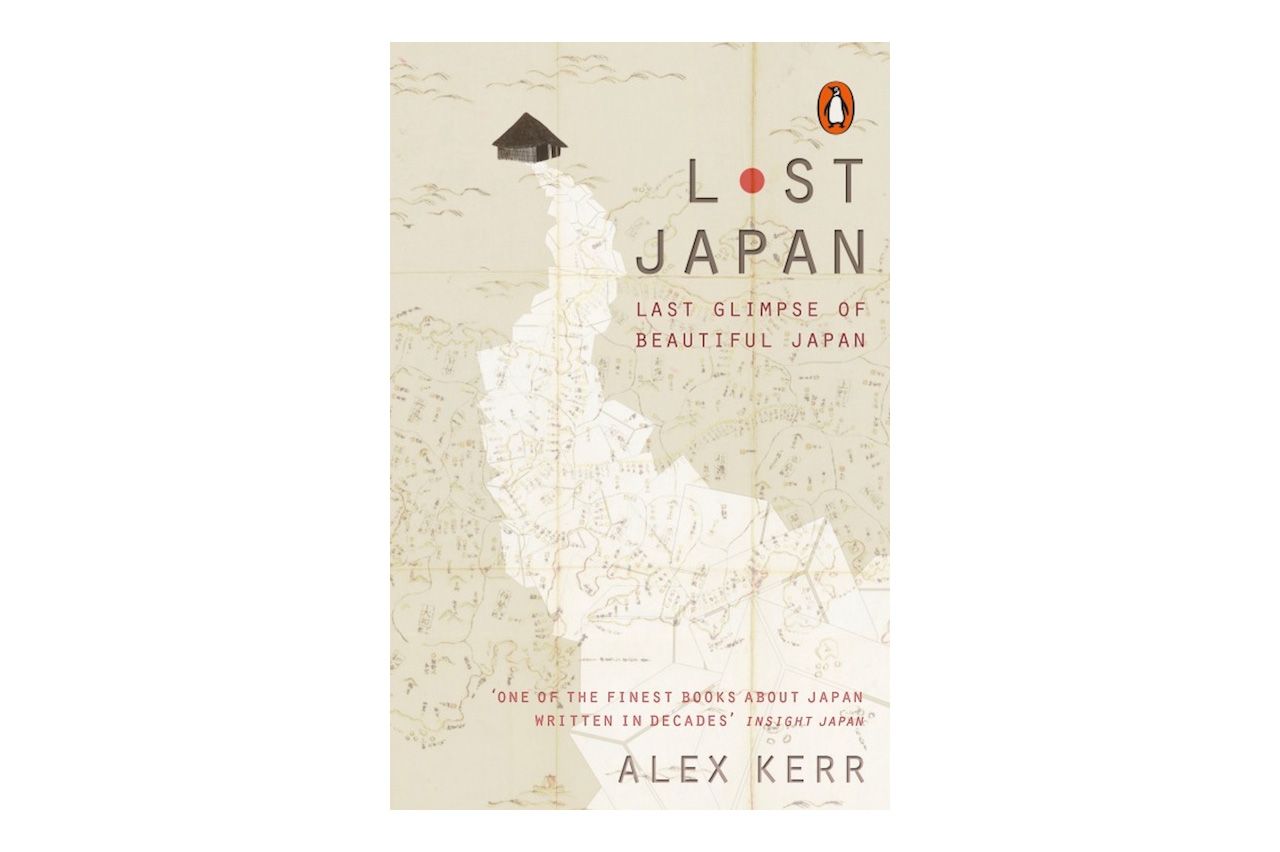 “‘Why did you want to become [a kabuki] actor?’ Tamasaburo answered, ‘Because I longed for a world of beauty beyond my reach.’”

Lost Japan is not a travel book per se, but very few English-language books rival its attention to detail in highlighting the intricacies in Japan’s traditional culture. Kerr’s book, originally written by the bilingual American in Japanese, is a rallying cry; a call for the Japanese to preserve and protect the dying arts and customs they once so revered.

He illuminates readers on the confounding oddities of Japanese kabuki, the symbolic nature of kanji and Oriental calligraphy, and the complex periodic history of Japan’s feudal regimes. As a self-proclaimed wannabe sage, who took up solo residence in a remote thatched-roof house in Shikoku’s Iya Valley, Kerr and Japan are kindred spirits. If you want a deeper understanding of the arcane roots of the nation’s culture, this book is the definitive entry point.

3. Sushi and Beyond: What the Japanese Know About Cooking and The Meaning of Rice: And Other Tales from the Belly of Japan by Michael Booth 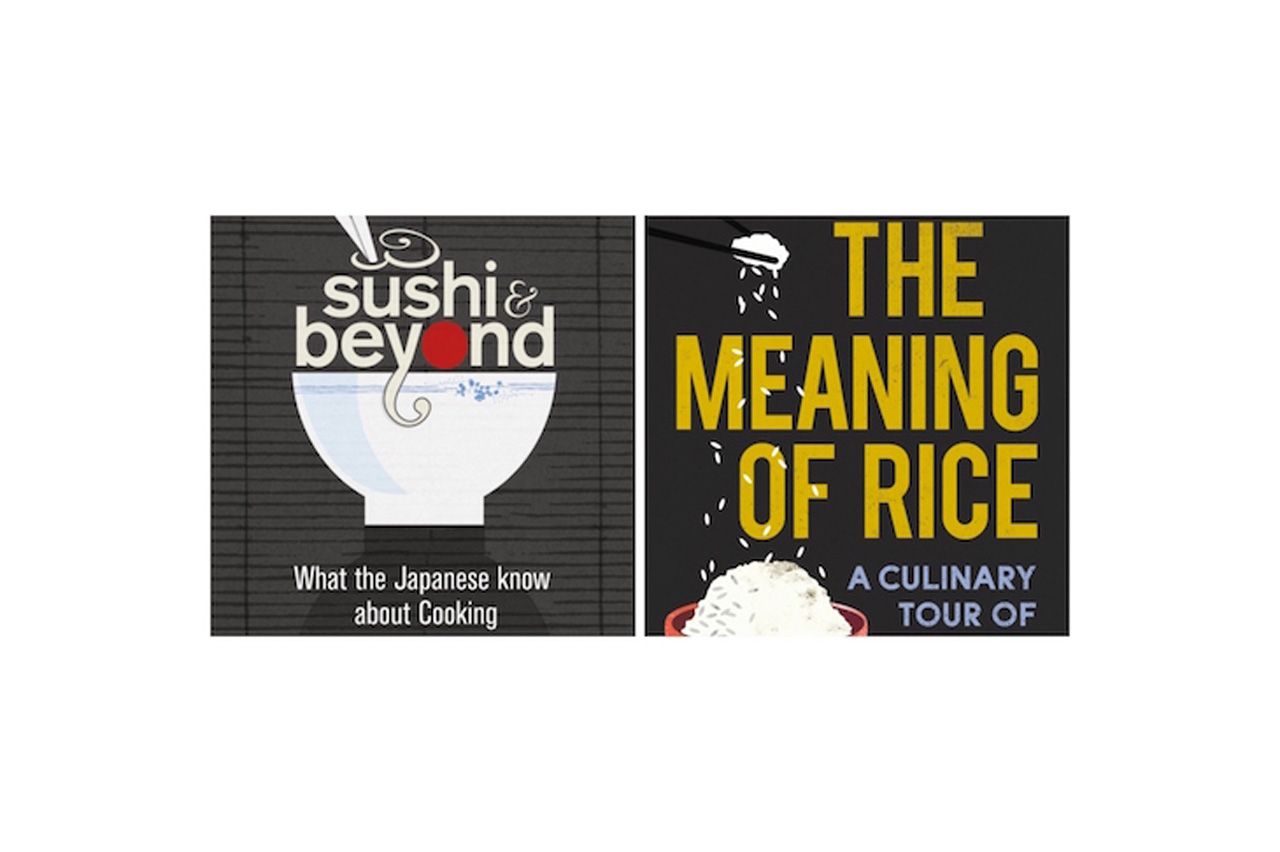 “My embarrassing shudder of pleasure was involuntary, like a mini orgasm. Every hair in my body had stood on end. It was as if the chef had found a taste receptor I never knew I had, some kind of palate g-spot, and performed a kind of culinaryligus.”

Michael Booth’s 2009 food memoir-cum-travelogue, Sushi and Beyond: What the Japanese Know About Cooking, was such a personal and critical success that he came back for round two in 2017 with The Meaning of Rice: And Other Tales from the Belly of Japan. Both accounts follow a similar modus operandi: Booth, with his wife and two kids in tow, lands in Japan before spending several months racing up and down the country in search of sensuous culinary pleasures, dining at some of the world’s most reputable restaurants and constantly extolling the virtues of Japan’s UNESCO-recognized food culture, all while trying to balance dysfunctional family life.

Booth is Bryson-esque in his eye for the hilariously absurd and describes taste sensations with the prose of an acerbic poet; never before had I encountered the pseudo-word “culinaryligus.” But as with all good travel books, the country itself plays the central protagonist in Booth’s writings, as he brings modern Japan and all its intoxicating strangeness vividly to life. 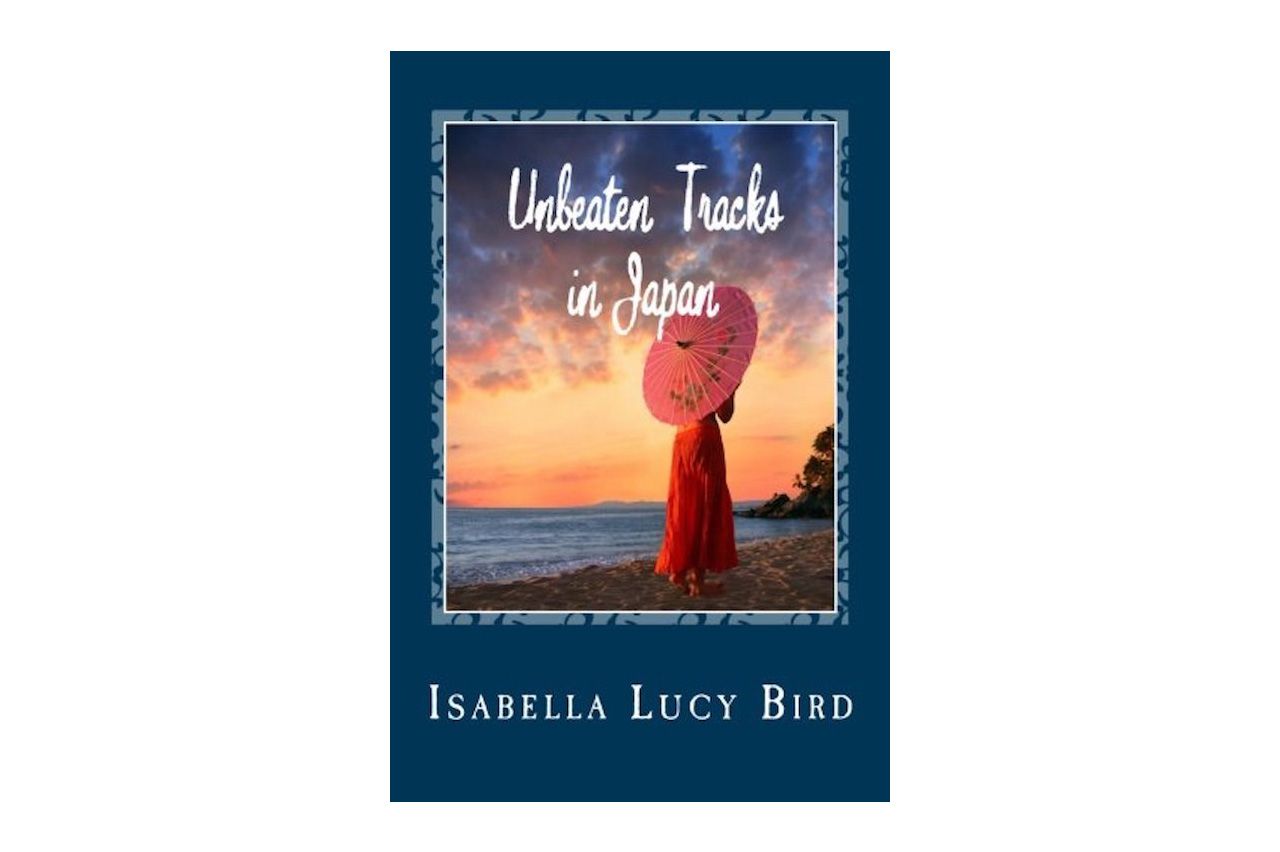 English explorer, and the first woman to be elected Fellow of the Royal Geographic Society, Isabella Lucy Bird was a fish out of water as she traveled the uncharted expanses of 19th-century Japan. Yet her diary, Unbeaten Tracks in Japan, blazed a trail for all future Japanophiles to emulate. Written as a series of letters to her sister in the 1870s — only a few years after Japan had opened its borders to the West following two centuries of isolation — Bird’s Japan is far from a world of neo-colonial prosperity. Conversely, it’s more reminiscent of the struggling land portrayed in Shusaku Endo’s Silence (adapted for the big screen by Martin Scorsese), or the sordid short stories of Mori Ogai.

Bird explored a Japan rife with unspoiled nature: primeval forests, misty mountain peaks, and thundering rivers. But it was an equally dark world, inhabited by a population in depravity and squalor. Her account may not have the catharsis associated with the culmination of a journey in modern travel writing, but she views Japan through a unique lens to which few other foreigners were granted access.

5. Hokkaido Highway Blues by Will Ferguson 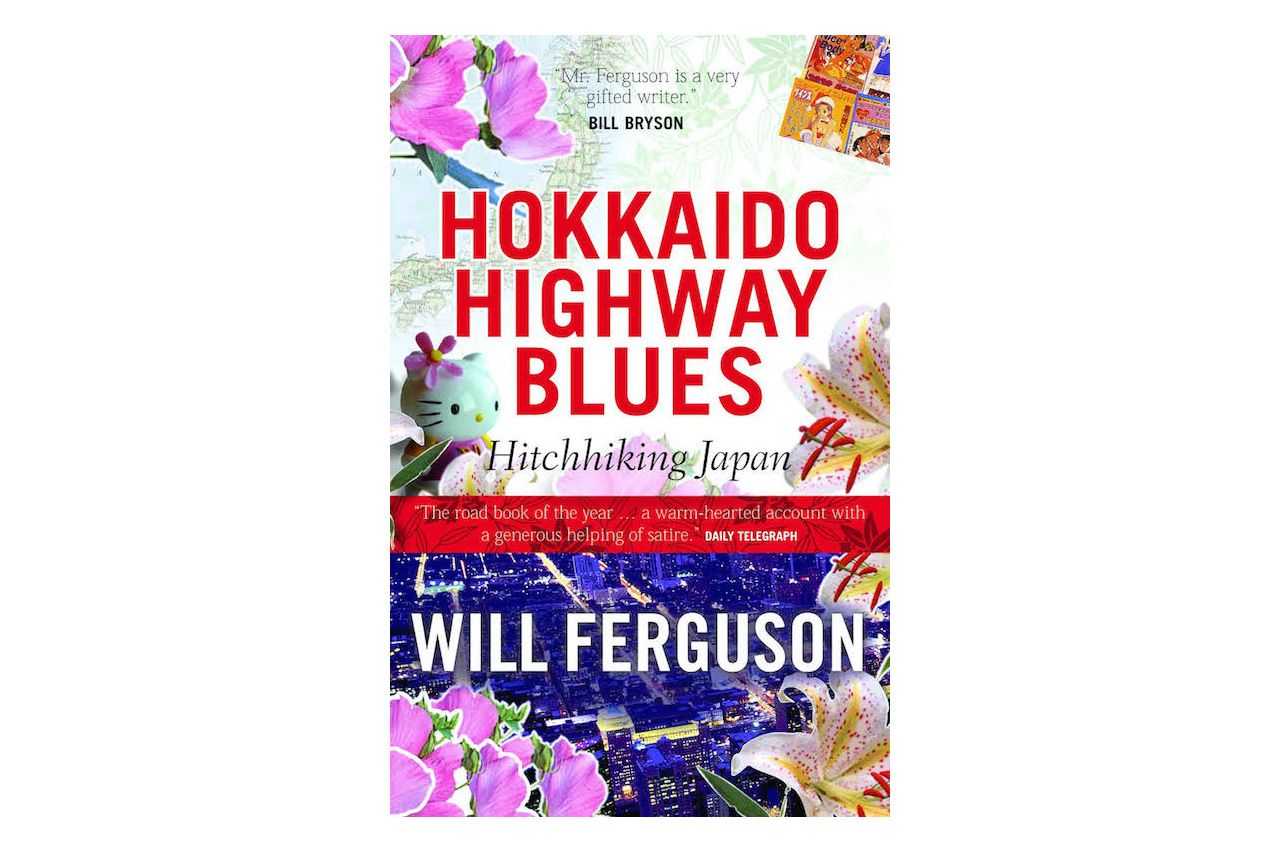 “Call it Zen and the Art of Hitchhiking. The Way of the Lift. The chrysanthemum and the Thumb. Heady on beer and the sound of my own voice, the aphorisms spilled out unchecked.”

Conceptually, Will Ferguson’s Hokkaido Highway Blues is simple: follow the cherry blossoms northward from Kyushu to Hokkaido as they bloom up the country — oh, and hitchhike the entire way. In an irreverent account, Ferguson equally laments and romanticizes his sake-fueled decision to hitchhike the 3,000 miles of Japan from its faux tropics to its apocalyptically snowy north.

In its erratic deliverance, Hokkaido Highway Blues excels beyond the realms of a 350-page mockery of Japan’s bizarre modern culture; Ferguson can also be deeply insightful when he wants to be. The journey itself plays a key role in Ferguson’s account, which is sure to strike a chord with those who have a passion for exploration. In short, his book is a love letter to travel, flaws and all.

6. The Narrow Road to the Deep North by Matsuo Bashō 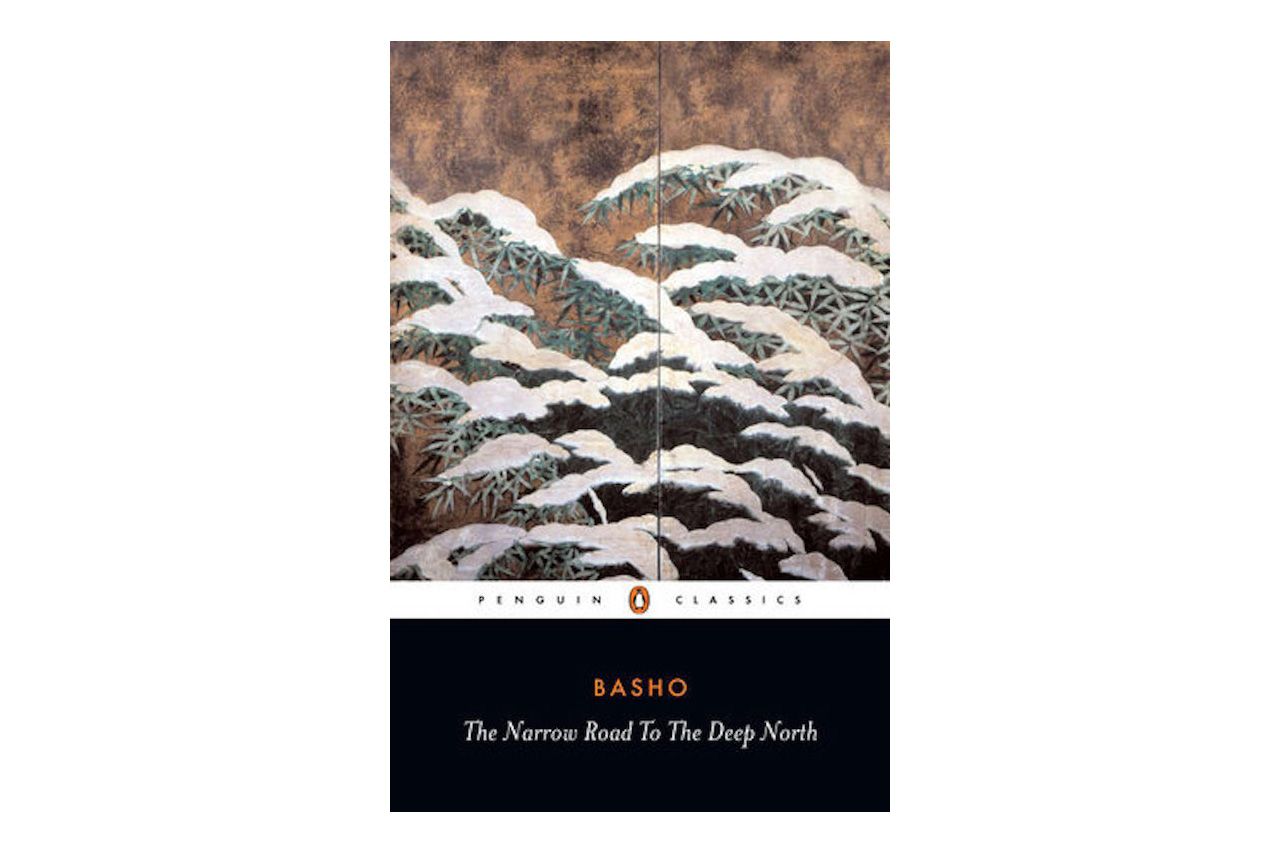 “Yet even as I delighted in the green leaves of the trees, an autumn wind seemed to sound in my ears, and crimson leaves danced in my mind’s eye. The whiteness of deutzia, the white rambling roses, made us feel as if we were crossing the Barrier in snow.”

First published in 1702, Matsuo Bashō’s Oku no Hosomichi (typically translated as The Narrow Road to the Deep North) was one of the original Japanese travelogues. Bashō has gone down in history as a great of Japanese literature and is widely regarded as both the founding father and grand master of haiku poetry. In this short, but seminal, piece of work he weaves Japan’s quintessential styles of poetry throughout his tales from the road.

Bashō’s five-month journey took place in 1689 alongside his apprentice and fellow poet, Kawai Sora. They trekked through the seasons from central Tokyo into the northern climbs of Honshu — the Tohoku region — before heading along the Sea of Japan’s coastline toward Gifu Prefecture. Though the bandit-filled, 17th-century Japan holds few parallels with Japan today, much of Bashō’s route is still unfrequented by tourists, providing a perfect roadmap to plan your future sojourn.

BooksThe Best Travel Memoirs To Read While You’re Stuck Inside
Tagged
Books Japan
What did you think of this story?
Meh
Good
Awesome