So the only view you have right now is the one outside your bedroom window. It’s easy to feel cramped, your longing for travel stifled by your equally strong urge to protect public health. There is a way to travel while you’re stuck indoors though. All you need is the right book. These travel memoirs, part personal journey, part travelogue to new and uncharted territories, will lead your imagination on wild adventures to places far beyond the confines of your couch. Dog sled across the arctic tundra with Blair Braverman in Welcome to the Goddamn Ice Cube, explore France’s culinary treasures with Julia Child by your side in My Life in France, or bicycle across continents with Dervla Murphy in Full Tilt. If you’re feeling claustrophobic escape into these stories which offer a much needed change in scenery.

1. In Patagonia by Bruce Chatwin 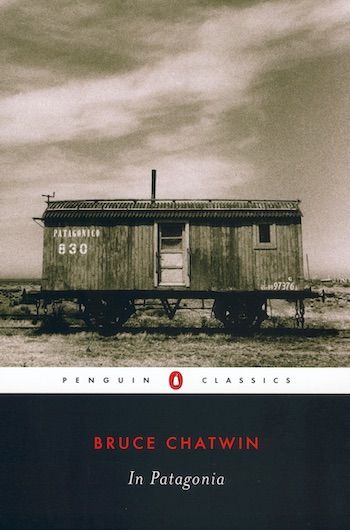 Bruce Chatwin’s memoir of his travels through Patagonia — a rural region shared by southern Chile and Argentina — is a love letter to a wild country. He imbues strange and unfamiliar lands with a thrilling electricity. Chatwin tracks down the places where Welsh immigrants once settled and bandits roamed, his passion for adventure and history propelling his journey forward. Among the many characters Chatwin encounters are an unlikley incarnation of Butch Cassidy, a guacho posse, and a touring piano player. Credited with infusing the travel writing genre with renewed energy, as well as interest in Patagonia as a travel destination, one might feel compelled to follow in his footsteps, backpack in hand, before even turning the last page of the book.

2. My Life in France by Julia Child 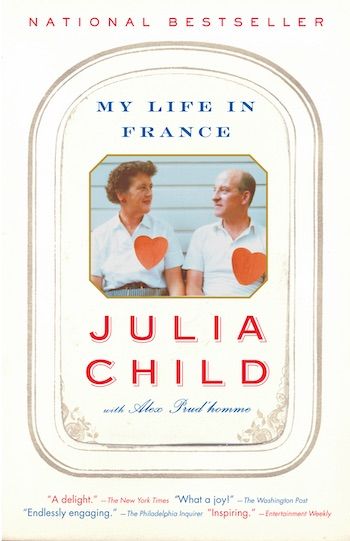 In 1948, Julia Child moved to France with her husband Paul, an officer at the US Information Service at the US Embassy. She knew nothing about French cuisine — not even how to make beurre blanc. Not one to sit around feeling useless, Child enrolled at the Cordon Bleu and discovered a remarkable talent for cooking. Today, we know her as the woman who introduced French cuisine to American housewives, but this memoir tracks her beginnings. Child’s travels through France as she discovers the recipes and ingredients that would become the second greatest love of her life (Paul being the first) is a lively, vibrant tour of the Parisian palate. But it’s Child herself who makes this book sparkle: Gregarious and warm, but full of barbed opinions, she is a refreshingly honest and friendly narrator you will wish you could have dinner with the moment you close the book.

3. Welcome to the Goddamn Ice Cube by Blair Braverman 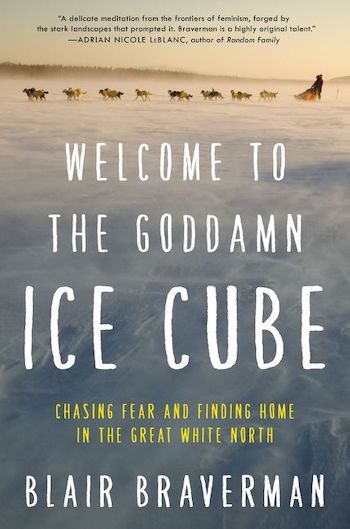 At just 19, Blair Braverman left her home in California and moved to Norway to learn how to drive sled dogs. Quite the extreme career move. Arctic life suits Braverman, and eventually, she lands in Alaska, where she becomes a tour guide, before settling in Wisconsin with her partner (dogs in tow of course). Traversing the icy tundra with her pack of dogs at the helm is dangerous and exhausting (she finds herself stuck in caves and blizzards), but Braverman is a fearless adventurer, carving out a place for herself in a profession dominated by men. Interspersed with action-movie-esque sequences, Braverman’s memoir takes readers on a tour of a perilous yet utterly intriguing landscape.

4. Travels with Charley by John Steinbeck 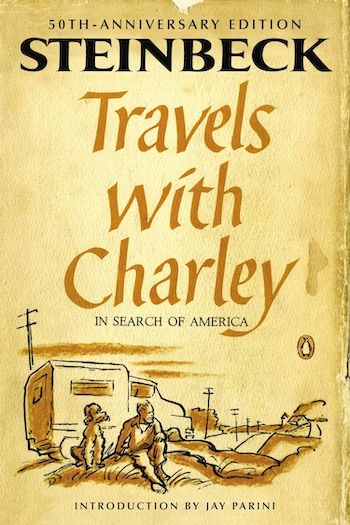 Considered a classic of the genre, this memoir follows Steinbeck on a 1960 road trip across the US, accompanied by his standard poodle, Charley. Steinbeck said that after devoting his writing career to the landscape and outlook of the American people, he wanted to see the country for himself, but his son Thom claims that he actually took the trip as a sort of last hurrah, as he knew his heart was failing. Steinbeck visits Long Island, the Pacific Northwest, the Badlands of North Dakota, Maine, and the Salinas Valley in California — his birthplace — on his quest to find out “What are Americans like today.” But Steinbeck was a novelist by trade, a predilection that may have influenced his so-called memoir. Recent scholarly work has pointed out that Steinbeck may have fabricated some of the conversations in the book, and new editions contain a note warning readers that it would be a “mistake to take this travelogue too literally.”

5. The Voices of Marrakesh by Elias Canetti 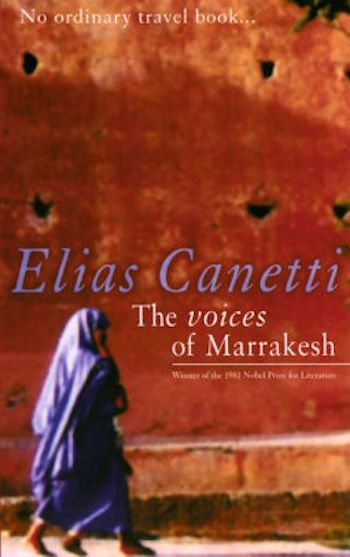 Nobel-prize winning author Elias Canetti is best known for his memoirs of childhood in pre-Nazi Vienna, but he also wrote a slim volume recording a weeks-long visit to Marrakesh in the 1950s. This vibrant recollection of his time in Marrakech is a series of snapshots: He encounters camels, buys bread, drinks at French bars — small moments that add up to an intimate, loving portrait of a city full of character. This mosaic narrative brings together the city’s Arab, European, and Jewish residents, all of whom Canetti treats with dignity and compassion. His account is full of sensory details too — how the city smells, how it’s organized, and the way its people move and congregate — resulting in a memorable (though perhaps slightly outdated) portrait of the city.

6. The Colossus of Maroussi by Henry Miller 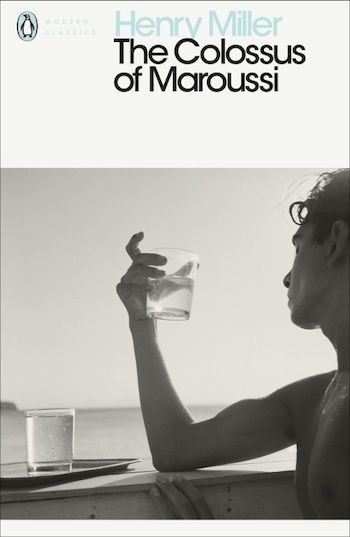 In 1939, Henry Miller traveled to Greece with his friend Lawrence Durrell, a naturalist, to escape the looming Nazi occupation. Miller intended to seek out poet George Katsimbalis, the “colossus” of the book’s title. On its surface, this book pretends to be a portrait of Katsimbalis (who Miller does meet) but it’s also a travelogue. The author hops between Athens, Crete, Corfu, Poros, Hydra, and Delphi in the nine months he spent in Greece, before moving to the United States at the outbreak of World War II. Miller felt something beyond love for Greece — the place where he became “free and whole.” Poor, but full of the spirit of an adventurer, Miller sunbathes naked on a beach, visits a village with just one stove for all its residents, and marvels at the country where he wrote “God’s magic is still at work.” 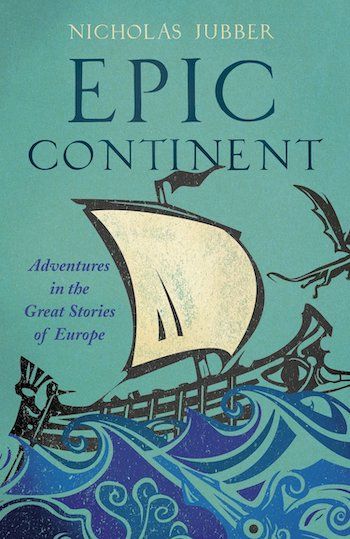 There are stories that stick with us now, and then there are stories that have stuck with humanity for centuries. We learn about them in school and we study them in college — think titles like The Odyssey, Beowulf, and The Song of Roland. Nicholas Jubber, an award-winning travel writer and author, visited the real-world locations of these and other classics (at least as close to the original location as can be determined) to see how those stories hold up today. He meets activists who tell him about how the Nibelungenlied shaped Nazi, and later neo-Nazi, rhetoric in Germany, and how The Song of Roland has influenced the way people perceive honor across northern Europe. In the Balkans, he sees the lasting impact — both positive and negative — of the lessons behind the Kosovo Cycle. Everywhere he goes, he learns a little more about himself, the stories we tell ourselves, and how stories are used to build a national cultural identity. —Nickolaus Hines 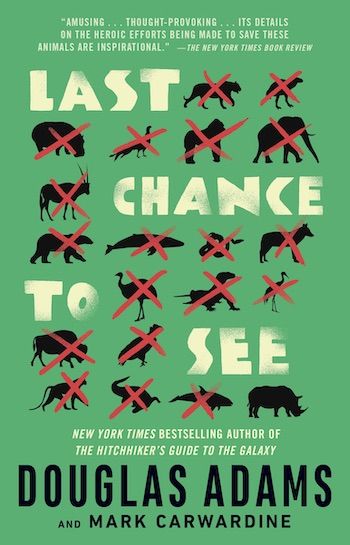 Douglas Adams’ quirkiness and humor is legendary, but pair it with a side of travel and you’ve got one of most joyful, fulfilling, and touching adventure memoirs out there. In Last Chance to See, Adams joins his friend, zoologist Mark Carwardine, on a trip around the world to see the last specimens of some of the most amazing and most endangered creatures on the planet, and learn what is being done to save them. Together, they travel to China to see river dolphins; to Indonesia to observe Komodo dragons; to New Zealand to see a vibrantly colored and flightless parrot; and more. Last Chance to See is hilarious, heartbreaking at times, and decidedly uplifting, and if there’s one thing we could all use right now, it’s wit, fun, escapism, and adorable animals. Note that if you can’t procure yourself the 1990 book at this time, there is an excellent 20th-anniversary version of the expedition available on Netflix featuring Mark Carwardine and Stephen Fry, which is also a great mood lifter.

9. The Consolations of the Forest by Sylvain Tesson 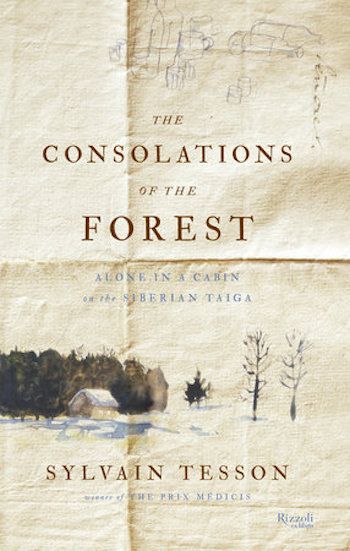 Sylvain Tesson is a hardcore adventurer. He’s gone just about everywhere and roughed it every time. At 21, in 1993, he biked around the world with his best friend Alexandre Poussin; In 1997, he and his same friend crossed the Himalayas on foot; in 2001, he traveled around Central Asia on horseback; in 2003 and 2004, he walked from Siberia to Calcutta, India; and more. But he is no Bear Grylls — he’s not out there to prove his manliness or his ability to survive in the most extreme conditions. Instead, he travels to feel and learn the things he knows he can’t access by staying home in Paris. His most popular expedition, his living in an extremely remote cabin in Siberia for six months, is not a story of wandering adventures and significant encounters, but one of the beauty of isolation in nature in a world where solitude and wilderness are harder and harder to come by. The short novel that recounts this trip, Consolations of the Forest, is filled with sadness and fear, but it’s also punctuated by moments of intense, simple happiness. A reflection on the power of nature and self-contemplation, Consolations of the Forest is the travel memoir that will highlight the positive aspects of this time of isolation, but will also make you crave for the great outdoors for when the time that we can all get out there again comes.

10. Full Tilt: Ireland to India with a Bicycle by Dervla Murphy 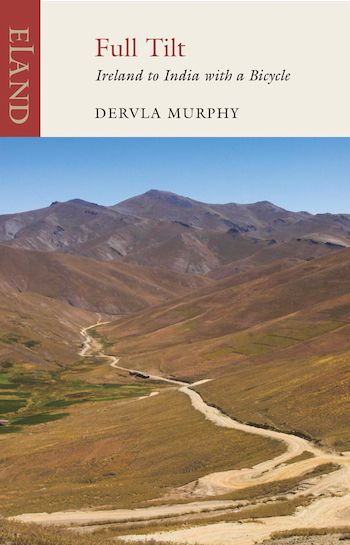 In 1963 in Ireland (just like today in just about every country in the world), a 31-year-old woman was not expected to take off on her own to India on a bicycle, but that’s exactly what Dervla Murphy did. One of the most astonishing female travelers of the 20th century, Murphy is no ordinary wanderer — she claims that it was at age 10, when she received a bike and an atlas as birthday presents, that she planned this epic 3,000-mile adventure across Eastern Europe, Turkey, and a large chunk of Asia. Full Tilt is the diary she kept during her six-month trip and it will remind you of the joy of traveling to which we will all (hopefully) return to very soon. Note that Dervla Murphy traveled all her life and published a staggering 26 books relating her adventures around the globe, so if you like Full Tilt, you’ll have plenty more to read in the same vein.

BooksCheerful Books That Will Bring You Joy During This Isolating, Scary Time
Tagged
Books
What did you think of this story?
Meh
Good
Awesome