For most of history the term fine dining was synonymous with European, and in particular French, cuisine. It’s a term that connotes exclusivity, reserved only for the ultra-wealthy members of high society. At so-called fine-dining establishments, prestige ingredients like foie gras and caviar appear frequently on menus — and their status is usually solidified by a coveted Michelin-star rating.

When the Michelin Guide first introduced its star rating in 1936, it created a new standard for fine-dining restaurants. Though Michelin is now more inclusive, publishing guides for Brazil and Singapore, its focus is still largely on Europe. However, the Michelin Guide has yet to make an appearance in South Africa.

In fact, Michelin ignores Africa altogether, but this oversight has nothing to do with the quality of chefs and restaurants. South Africa is home to some of the most highly respected and awarded chefs and restaurants in the world and has an impressive fine-dining scene.

A long and tragic history of colonialism throughout Africa might explain why many of South Africa’s fine-dining establishments have a French influence. However, this trend is starting to shift. An exciting new generation of chefs aims to celebrate African flavours, cultures, and ingredients in their dishes and showcase that African cuisine deserves a space in the fine dining scene. 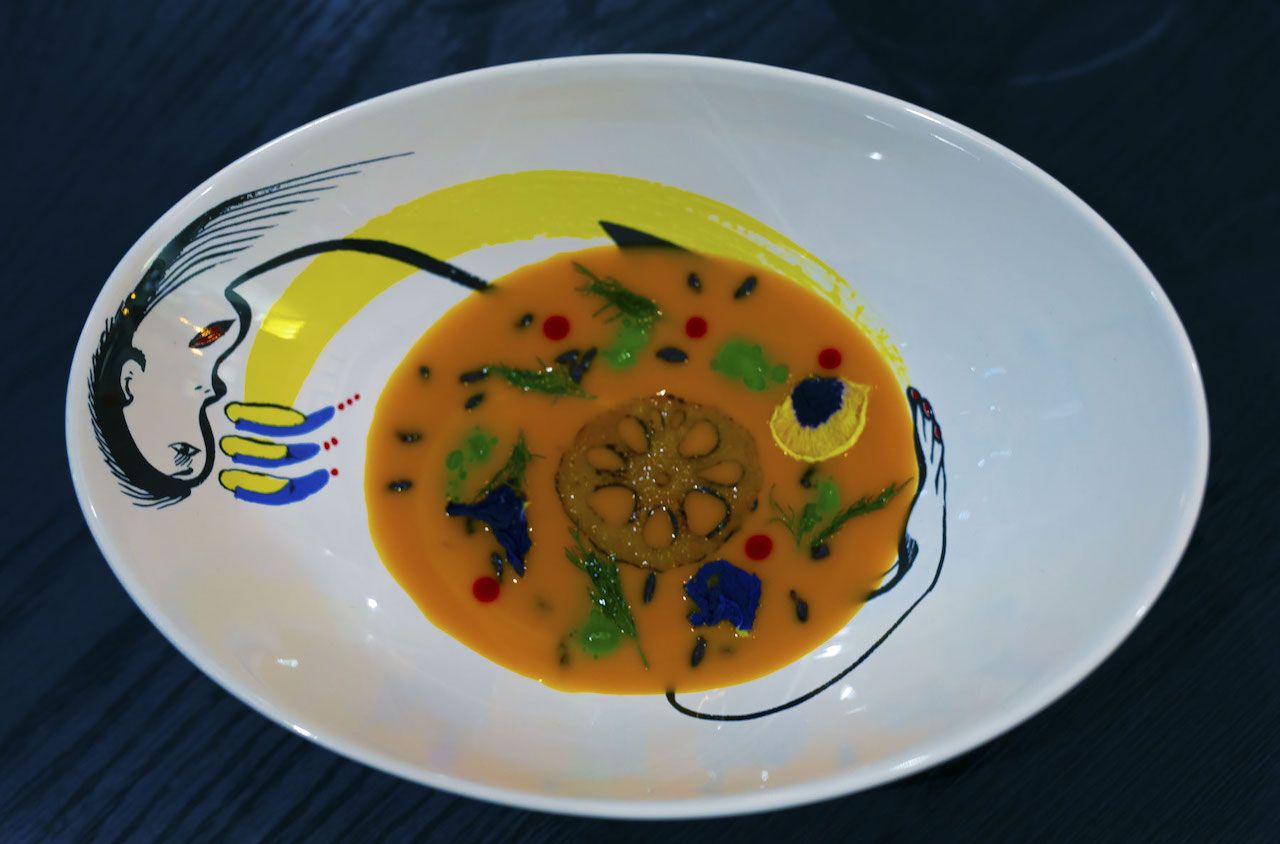 “The fine-dining scene in South Africa is looking good,” says Wandile Mabaso, the head chef and owner of Les Créatifs. “Some chefs are producing really outstanding dishes that compare with top restaurants in Europe. However, I do feel that most of us lack authenticity and try to replicate cooking styles from overseas. The problem is that there are not many quality kitchens that can provide young chefs with exceptional training skills. That is why some of us decided to train abroad.”

Chef Mabaso began cooking at the age of 10 because his single mother, who worked late nights, left him and his brother to fend for themselves at the dinner table. He went on to train under legendary French chef Alain Ducasse.

Chef Mabaso shows great admiration for his former mentor. “He is probably the best chef of our time,” Mabaso says. “Not only is [Ducasse] a successful chef, he’s also a successful entrepreneur. This influenced me to apply entrepreneurial skills into my chef career.”

Dishes and ingredients that define (and redefine) South African cuisine 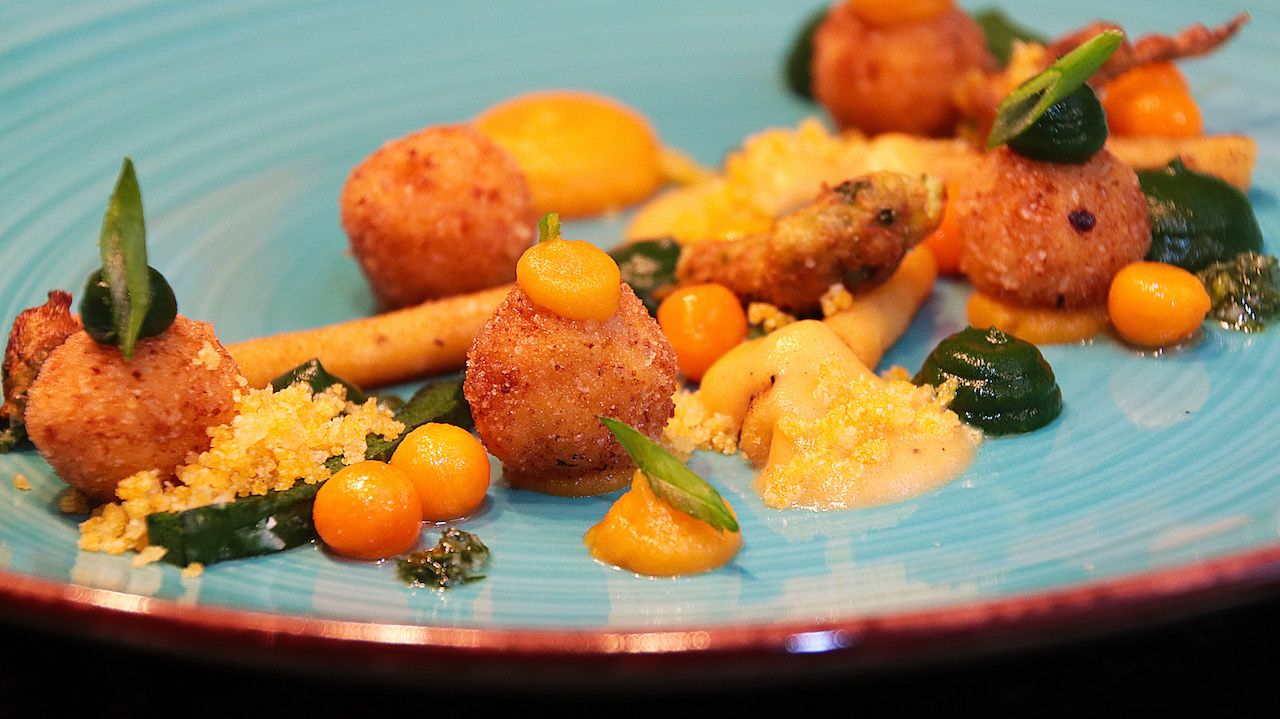 When it came time to open his own restaurant, Mabao decided he wanted his menu to be experimental and playful, and most of all, he wanted it to be rooted not in the European cuisine that defines fine dining all over the world but instead traditional South African dishes.

“I’ve always flirted with the idea of redefining South African cuisine,” he explains. “At my restaurant we experimented with using samp instead of arborio rice for a risotto and fermenting our own sorghum and turning it into an ice cream.”

A panache for serving local ingredients with a twist is shared by one of his peers, Siyabulela Kobo, head chef at Restaurant Kobo Cuisine. Chef Kobo originally wanted to be a mechanical engineer but, due to a lack of funds required to study, he worked as a waiter to make some cash. Subtle sounds and sensations from the kitchen soon caught his attention, though: the sound of a knife chopping vegetables, the bubble of oil cooking chips in the fryer, the sizzle of fire grilling a steak. He volunteered as a chef trainee, and his career as a chef began. Before he opened Kobo Cuisine, he served as head chef at the InterContinental Hotel.

“I use locust dry rub for grilling birds, mopani worms as a crust to venison, ash made from potato skins that are cooked in open wood flames,” he says. “South African cuisine is pure flavor. We do not use a lot of spices, and we make the original flavors of the ingredient stand out. Our flavors come from our cooking methods and we use a lot of wood, which brings smoky flavors.”

However, Chef Mabaso cautions that South African food should be recognized for more than its diverse ingredients, which don’t tell the whole story of how the country’s cuisine came to be.

“We should never define any cuisine based on ingredients,” said Chef Mabaso. “There are many ingredients that we believe are unique to us but are actually consumed everywhere else in the world. What defines our cuisine is culture and history.” However, he notes that “there are special rare ingredients like samp [boiled maize kernels] that we can call our own.” 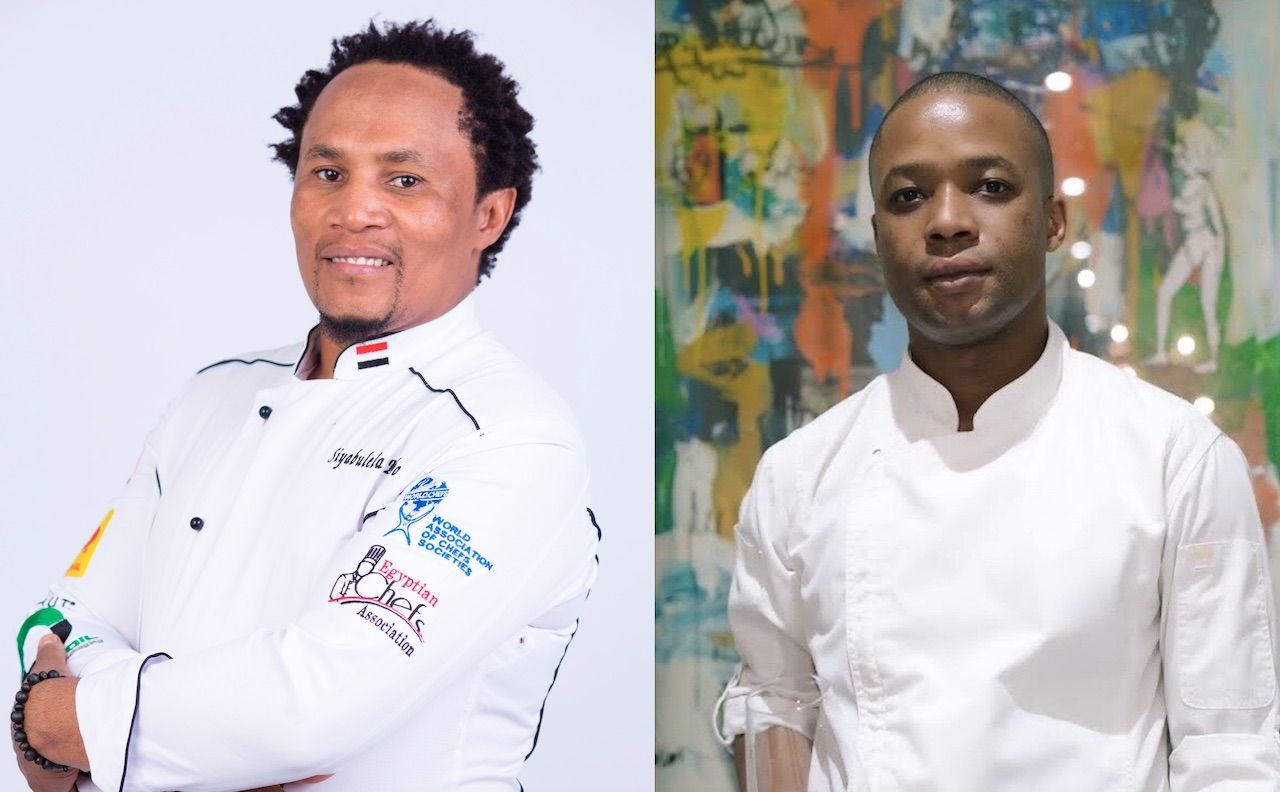 At Les Créatifs, dining is a completely immersive experience.

“You can expect to be transported to a place you would never have imagined,” Mabaso says. “It’s an all round artistic and multi-sensory experience. I believe the food, decoration, art, and cocktails are all unique from any restaurant in South Africa”.

Meanwhile, at Restaurant Kobo Cuisine, expect to taste a cuisine that is purely South African.

“Restaurant Kobo Cuisine prides itself on progressive indigenous cuisine,” says Kobo. “We cook seasonal and fresh; we let the ingredients speak for themselves. Our signature dish is called umvubo. This dish goes back to herding cattles in the field. We would fish but if we got no fish, we would milk the cows and allow the milk to curdle up or ferment and we would cook corn and eat it with sour milk [amasi]. The same amasi at home would be mixed with umphokoqo [crumbled pap, a type of porridge made from ground maize]”.

For these ambitious chefs, the sky is the limit. Chef Mabaso never shies away from a challenge and hopes his restaurant will continue to evolve.

“My main goal is to keep learning, growing, and challenging myself as a chef,” he says. “I want to transform the [restaurant] industry in South Africa, open up more restaurants, and grow my business.”

Chef Kobo is eager to see African cuisine gain the wider recognition it deserves — not just within Johannesburg or even South Africa but on the worldwide stage — and hopes to someday earn “accolades in the global culinary world.”

“There are many chefs I think are doing great things in the continent,” adds Chef Mabasco. “I believe that our industry in Africa is evolving, and very soon we will see African chefs become icons.”

Everything to know about cannabis in South Africa

The most epic day at Cape Point, on the edge of Africa

The Gatsby is South Africa’s family-sized sandwich, and the best hangover cure

These are the born-frees welcoming you to Johannesburg