As much as we love travel, there’s no denying it can be tough. That goes double for solo travelers. And double that for solo female travelers. Going it alone can make a trip that much more enriching and empowering, encourage you to take risks and make new friends along the way, but choosing the right first adventure is crucial to ensure solo travel doesn’t leave a bitter taste in your mouth. For women, no matter how fearless, that probably means picking someplace safer than most, at least moderately progressive, and easy to navigate both geographically and socially. Get your feet wet with these seven female-friendly destinations before swan diving headfirst into the big blue marble. 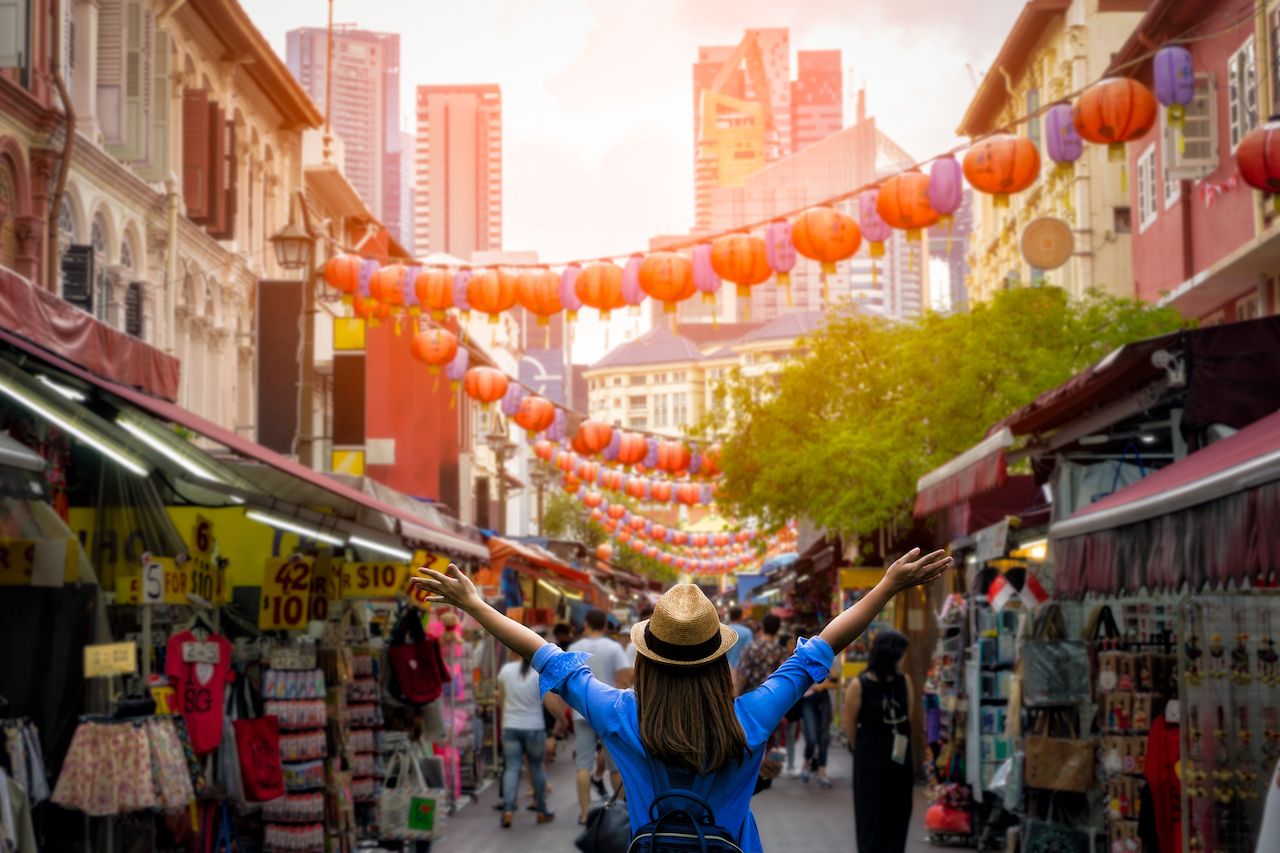 Foreigners are bound to attract some stares in Singapore, but solo female travelers aren’t likely to be ogled any more than solo male travelers or even groups of travelers. It’s a busy city-state, so be prepared for a bit of bustle, but take solace in the fact that your personal space will be respected. Singapore also puts a premium on rule following. Be sure to learn the local laws and customs, and trust that the city-state’s commitment to orderliness will make sure everything goes smoothly for you. One look at how clean downtown is and you’ll be instantly reassured.

Singapore is diverse and multicultural, so choosing it for a first solo trip in Asia is a nice way to see more than just how Singaporeans live. There’s a massive Chinatown and Little India, both of which are safe to explore in the evening, which is good because you’ll probably be stopping at every street food stand you see from the moment you wake up to the minute you force yourself to call it a night. Add in things to see and do like the botanic and public gardens, shopping on Orchard Row, and escapades at Palawan Beach, and you may never leave. 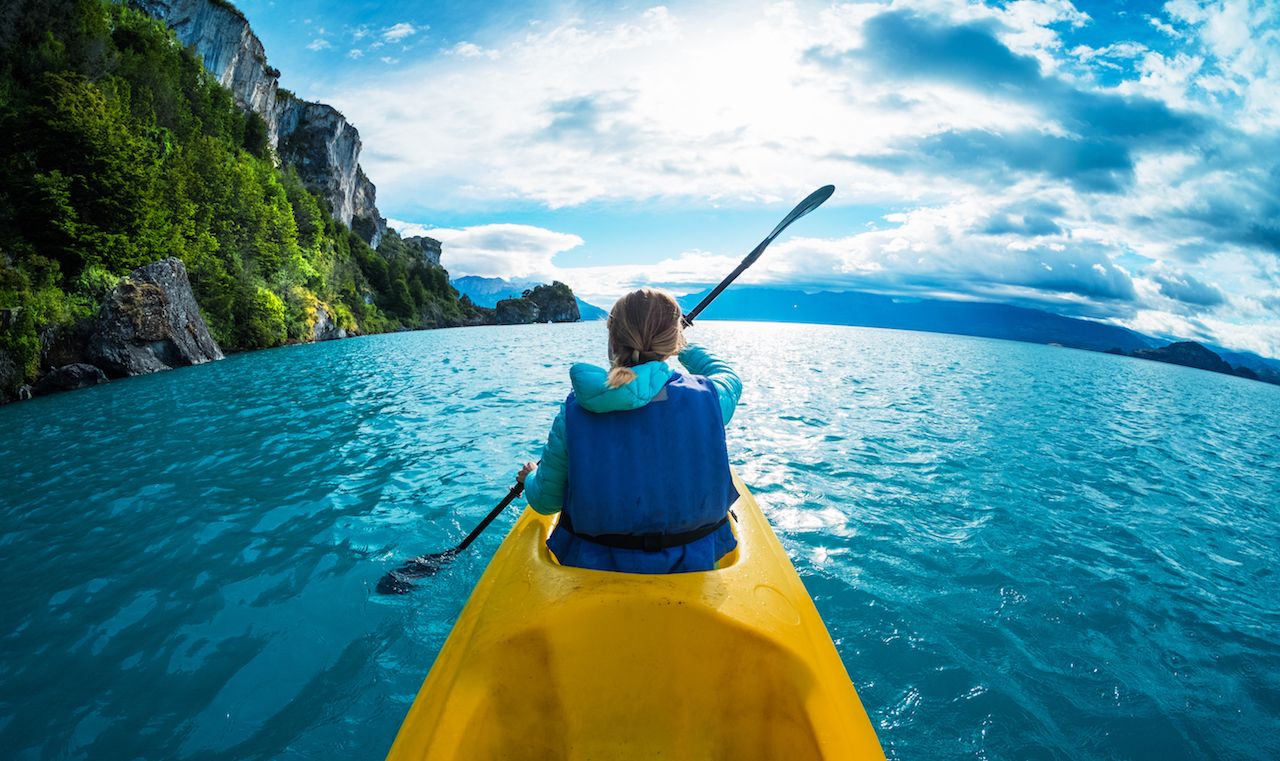 Anyone looking to travel South America should consider Chile as a first trip. The quality of life in Chile is high compared to that of its neighboring nations, and many of the dangers and hassles you’ll experience elsewhere on the continent don’t seem to apply here. That means everything from buses actually arriving on time to hotels actually living up to their star ratings, especially in Santiago, one of the all-time safest cities in South America.

As far as activities go, Chile is an even more obvious choice. Outdoor opportunities range from surfing to skiing to learning what silence really sounds like in Torres del Paine National Park. While you won’t have to worry much about walking around on your own, trekking solo is never advisable, so look for a tour if you plan to go deep into the wild. That’s true anywhere, but in Chile, you’re almost guaranteed a great guide and like-minded group, some of whom you might even want to link up with for longer. After all, solo travel doesn’t have to mean traveling alone. 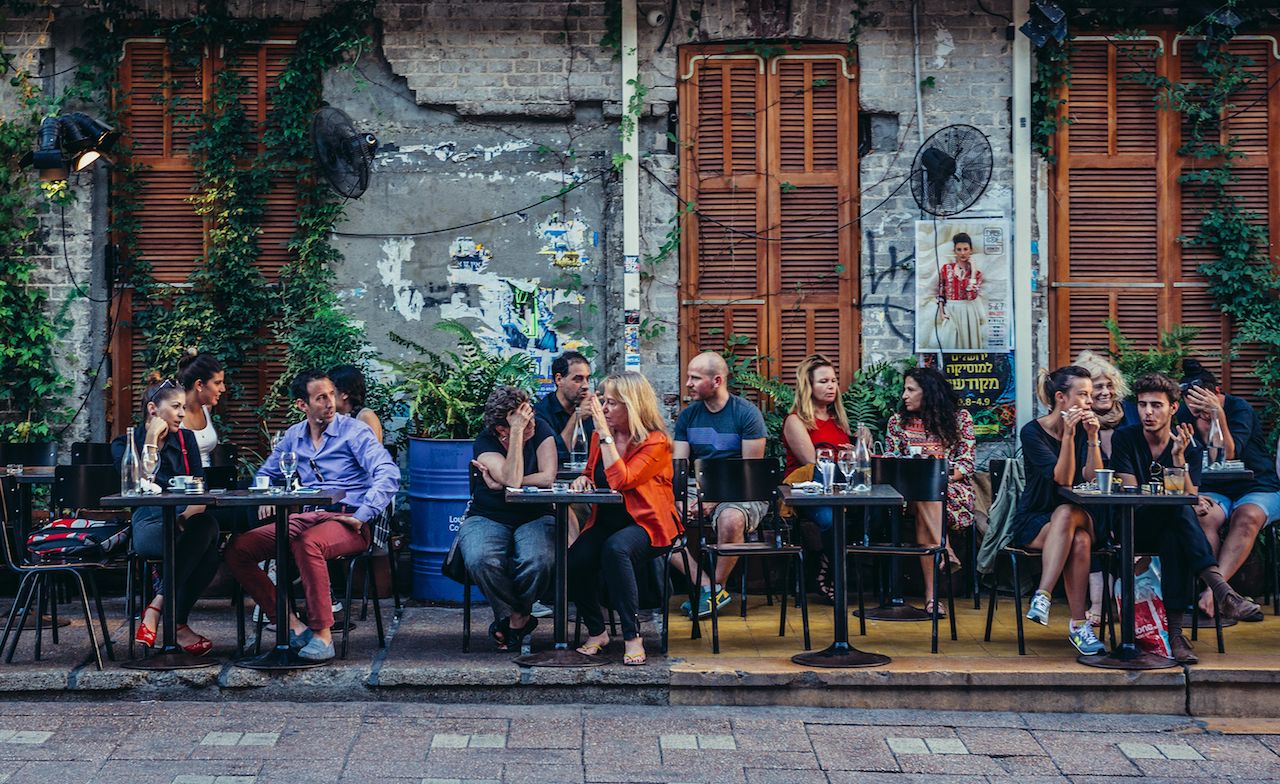 Whatever concerns you might have about visiting Israel on your own will quickly be assuaged when you touch down in Tel Aviv. Largely because you’re bound to run into at least a few women doing the exact same thing — with rave reviews. Despite what some headlines suggest, violent crime is relatively uncommon in Tel Aviv, and petty crime pales in comparison to some other big cities you wouldn’t think twice about visiting.

Israel’s capital is liberal and cosmopolitan, and gender equality is progressing with every passing year. The city hosts a weeklong annual Pride festival in testimony of its tolerance on top of a regular rotation of all-inclusive events like live music extravaganzas, beer and food fests, and art fairs. There’s always something fun for solo travelers to do, even if it’s as simple as tanning with the masses on the beach, drowning yourself in yet another tub of hummus, or clubbing until the sun comes up. Jaffa alone will have you head over heels for Tel Aviv. Where else are there ancient mosques within earshot of DJs playing the trendiest bars in town? 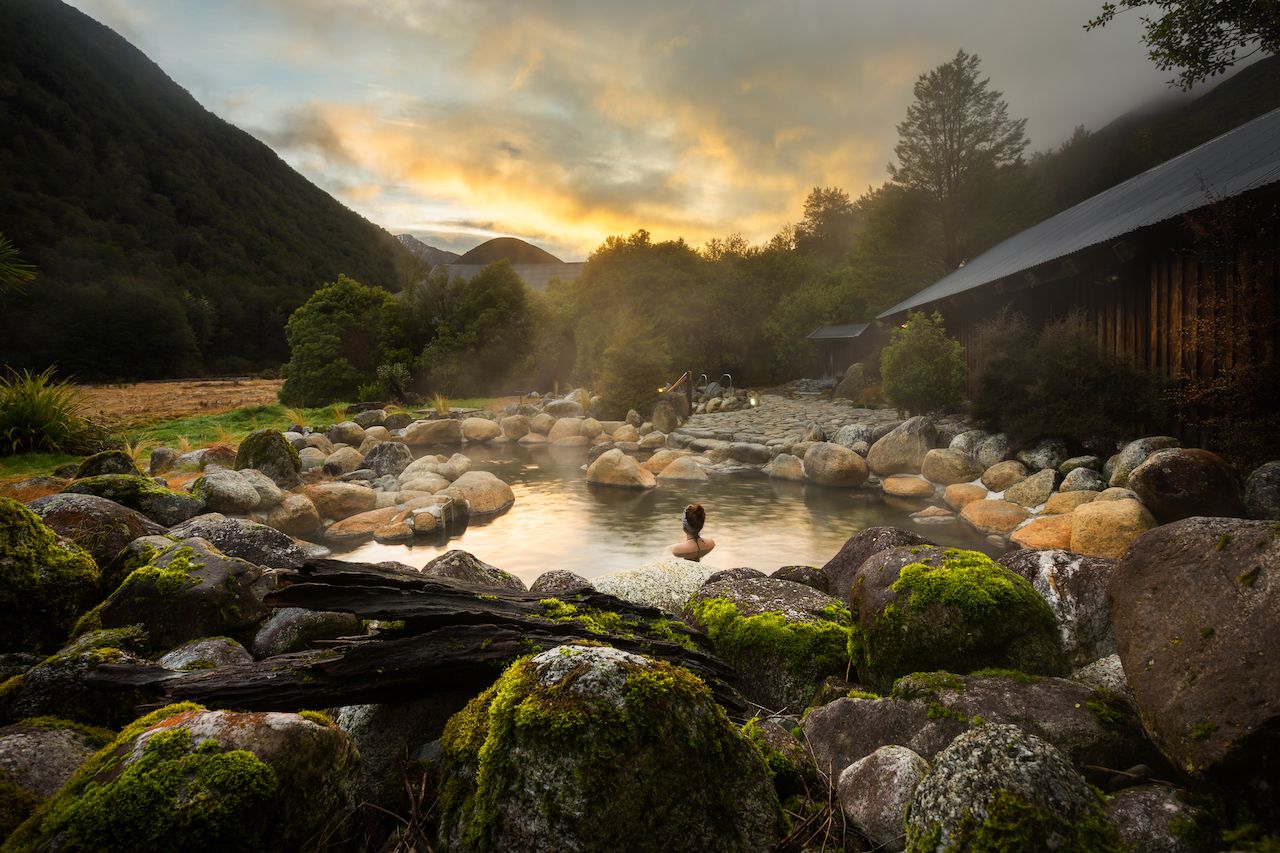 In 2018, New Zealand secured second place on the Global Peace Index’s ranking of the most peaceful countries around the world and eighth on the World Happiness Report. It’s easy to get around wherever you are thanks to extensive and reliable public transport, and the country is accommodating to travelers on both ends of the budget spectrum. It’s also no stranger to solo female travelers and famously amiable, so you’ll have no problem meeting new people.

The hardest part about traveling to New Zealand is deciding where to go — and realizing you probably can’t fit everything into one trip. The North Island is home to the nation’s capital, Wellington, and its biggest city, Auckland, both of which have world-class restaurants, bars, museums, and art galleries in view of fantastic, even fantastical, landscapes. New Zealand is Middle Earth, after all. The biggest draws on the South Island are Queenstown for adrenaline junkies and natural wonders like Aoraki and Abel Tasman National Park for outdoorsy types. Whether you mix and match or stick to one island, you’re rarely more than a day trip away from volcano hikes, beach escapades, winery tours, and anything else you could possibly dream up. 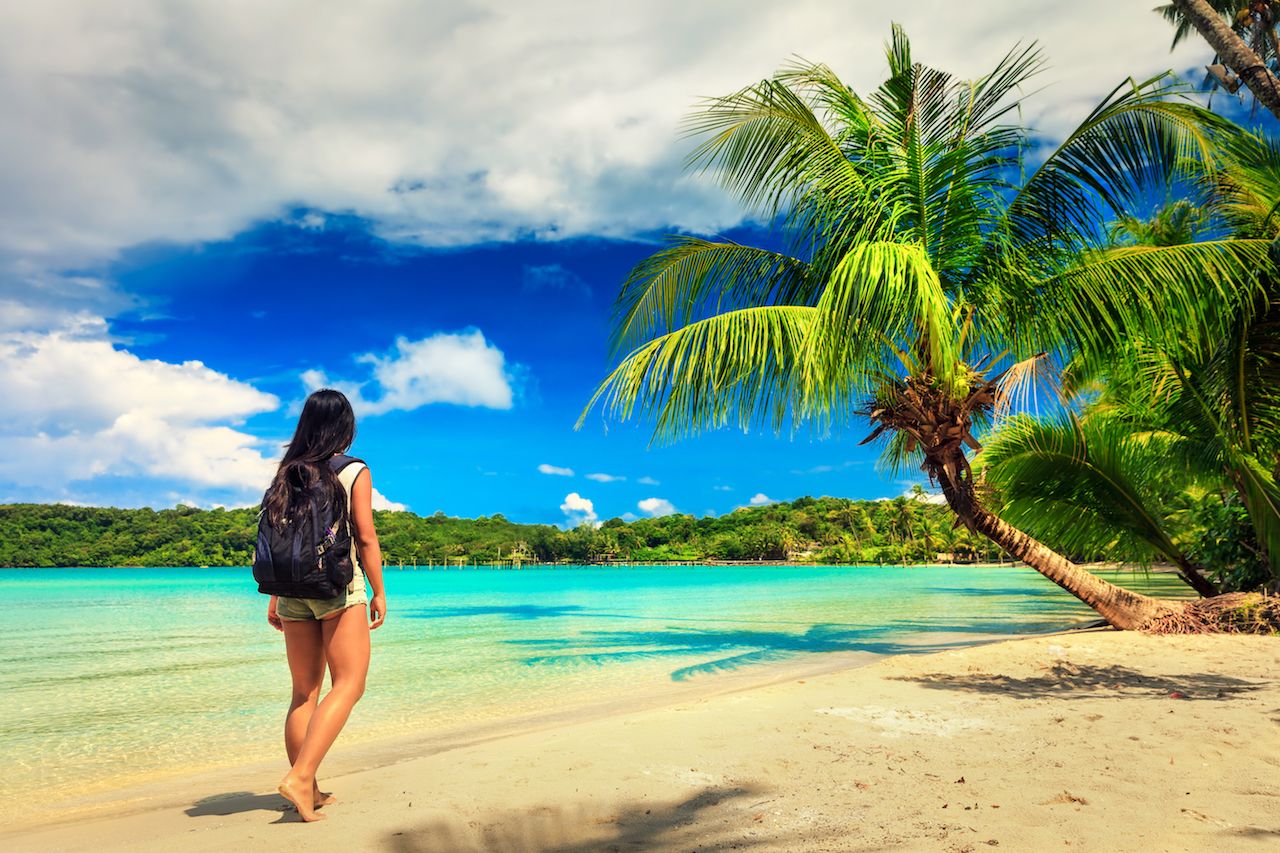 There’s a reason Costa Rica is so popular with American expats. Several reasons, actually, all of which make it just as tempting for solo travelers. Because the tourist trail is so well paved, Costa Rica is someplace you can feel comfortable straying from the hottest spots. Enter the Caribbean Coast. Around three or four hours by car from capital city San Jose, the Caribbean Coast is less developed than much of the country but far from lacking in tourist infrastructure.

For a happy medium, set your sights on Puerto Viejo, a surf haven turned destination even for those who’ve never set foot on a shortboard. The backpacker vibe is fueled by a constant hum of reggae and reggaeton, plus tons of cheap, delicious eats like rondón, or seafood stew. Nearby is Manzanillo, a beach village situated within the Gandoca-Manzanillo Wildlife and Marine Refuge, and Punta Uva, arguably the most beautiful beach on the Caribbean Coast and a hotspot for snorkelers. When you need a break from the new friends you’ll invariably meet, hop on a boat headed for Tortuguero National Park. March through October is nesting season for green sea turtles, and this just so happens to be the best place to catch the live show. 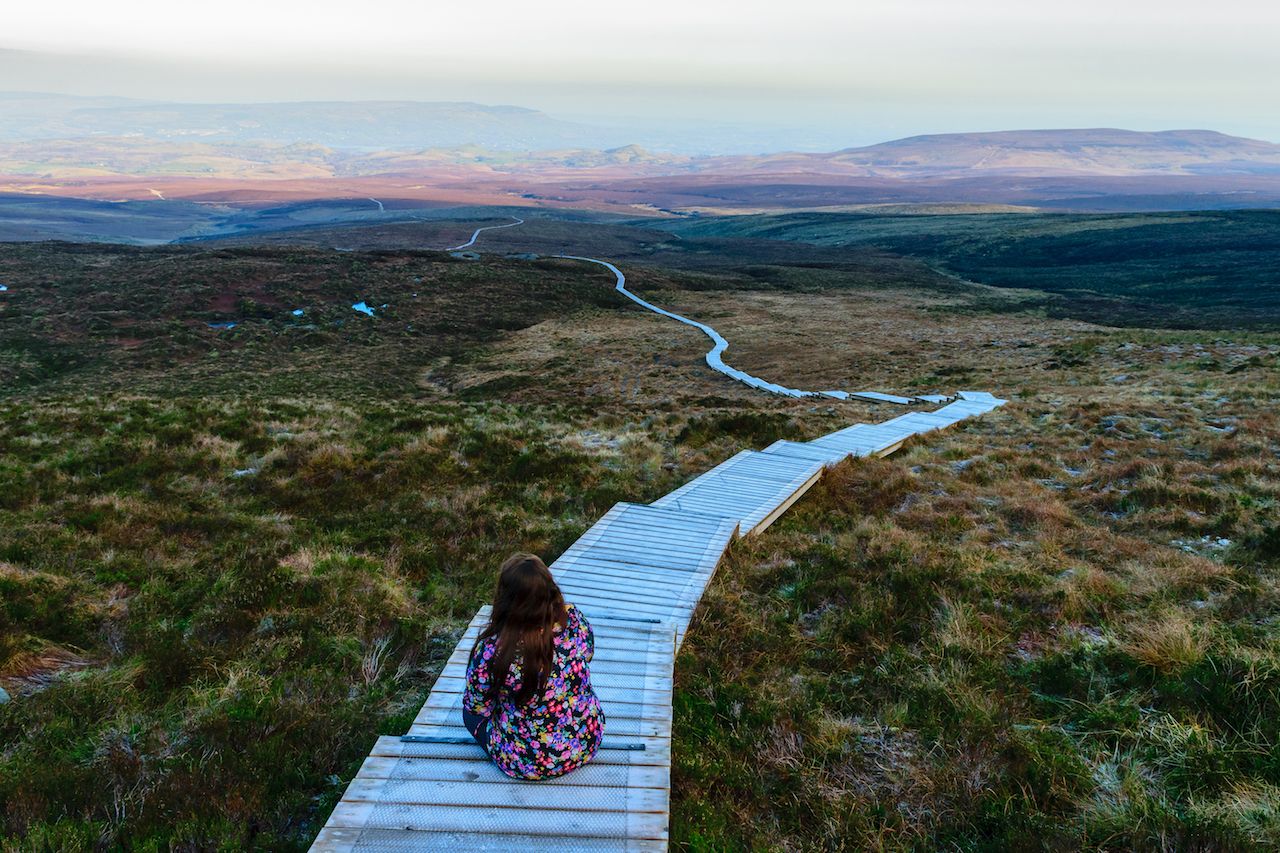 Avoiding a language barrier isn’t a bad idea for a first-time solo trip. Sure, you won’t always understand the thickest of Irish accents, and you’ll definitely pick up some new vocab, but at the end of the day, the fact that Ireland is English-speaking will be a huge boon. Travelers will also be pleased to learn that Irish hospitality is very real, so not only will you be able to ask for help without issue, but there will also always be someone around willing to lend a hand.

Of course, this also leaves little chance of escaping friendly banter with strangers down at the pub. Thankfully, unlike bars the world over, most Irish pubs are neighborhood spots where you’ll see families sharing meals opposite singles slinging Guinnesses at the bar. While it’s always good to keep your wits about you, especially when alcohol is involved, you won’t have to worry about attracting as much unwanted or aggressive attention as you will elsewhere.

Whether you rent a car and drive the Ring of Kerry or stick to exploring the streets of Dublin, transportation is easy to arrange and just as easy on your wallet. Ditto for accommodations. Everything else about the storied, scenic Emerald Isle speaks for itself. 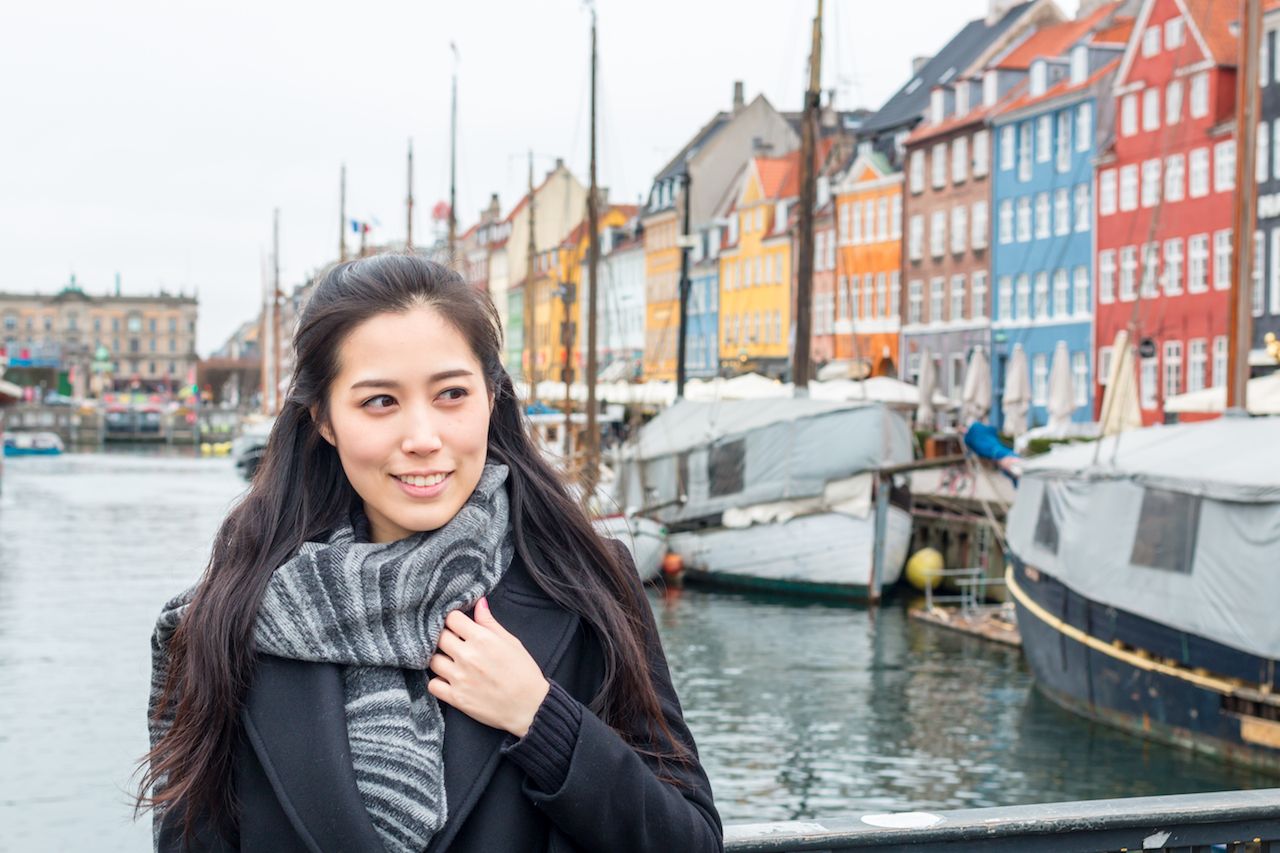 If we could only recommend one region for solo female travelers, it’d be Scandinavia. Hands down. Sweden, Norway, Finland, and Denmark routinely snag top spots on lists of the safest and happiest countries in the world, with Denmark often leading the charge. It’s a global frontrunner when it comes to gender equality and overall quality of life, making it one of the absolute best place for women to live according to a 2018 US News and World Report.

Spend any amount of time in the Danish capital and you’ll begin to understand why. Copenhagen is impossibly charming, from the colorful canal district Nyhavn to the antique amusement park Tivoli Gardens. The city’s coffee and cocktail cultures mean great cafes and bars for people watching, the official pastime of solo travelers, and there are 15 Michelin-starred restaurants and tons of other delicious dining options to balance out whichever adult-beverage buzz you’re experiencing. For a city dripping with hipster cred and Scandi cool, Copenhagen never teeters into too-trendy-for-the-average-traveler territory. It cares more about hygge, a Danish word that loosely translates to a feeling of coziness. So despite how untouchably hip everyone dresses, you’ll quickly discover a warm, helpful crop of locals who’ll make the city feel as comfy as that pair of sweatpants you’ve been breaking in for the last 10 years.

Female Travel7 Things You Need To Know About the Woman Who Travels Solo
Tagged
Female Travel Solo Travel Trip Planning
What did you think of this story?
Meh
Good
Awesome