Fifteen years ago, Ruben Leal left his home in Hermosillo, Sonora, the northernmost state in Mexico, for college in Arizona. When school ended, he moved to Texas and then Lawrence, Kansas. Though he had made his home in the United States, he felt a void in his life that the food he grew up eating in Sonora once occupied. Sure, there’s a Mexican restaurant in every town in America, but Leal craved a specific dish from home that Americans never seem to be able to get right: Sonora’s signature flour tortilla.

With his trips home becoming less and less frequent, Leal resolved to bring a little piece of Sonora to Kansas. He started making flour tortillas in his kitchen, but wanted to spread the gospel of Sonoran cuisine further. So two years ago, he founded Caramelo Tortillas, one of the only companies in the US entirely dedicated to producing Sonoran-style flour tortillas.

In the US, prevailing culinary wisdom looks down on the flour tortilla. It’s seen as the processed, Americanized, white-washed version of Mexican food. Flour tortillas are Taco Bell and clear plastic bags stacked with bland, thick, doughy tortillas.

Yet in Sonora, the flour tortilla is a key piece of the region’s cuisine, alongside carne asada and spicy, wild-grown red chili peppers like the chiltepin. Gustavo Arellano, a Mexican food historian who has written extensively about the Sonoran-style flour tortilla, tells me these staple ingredients are Sonora’s “holy trinity.” Local dishes are served with flour tortillas, like gallina pinta (a soup made with maize, chiltepin, and beef) and tacos de cabeza (breakfast tacos made with cow’s head meat). 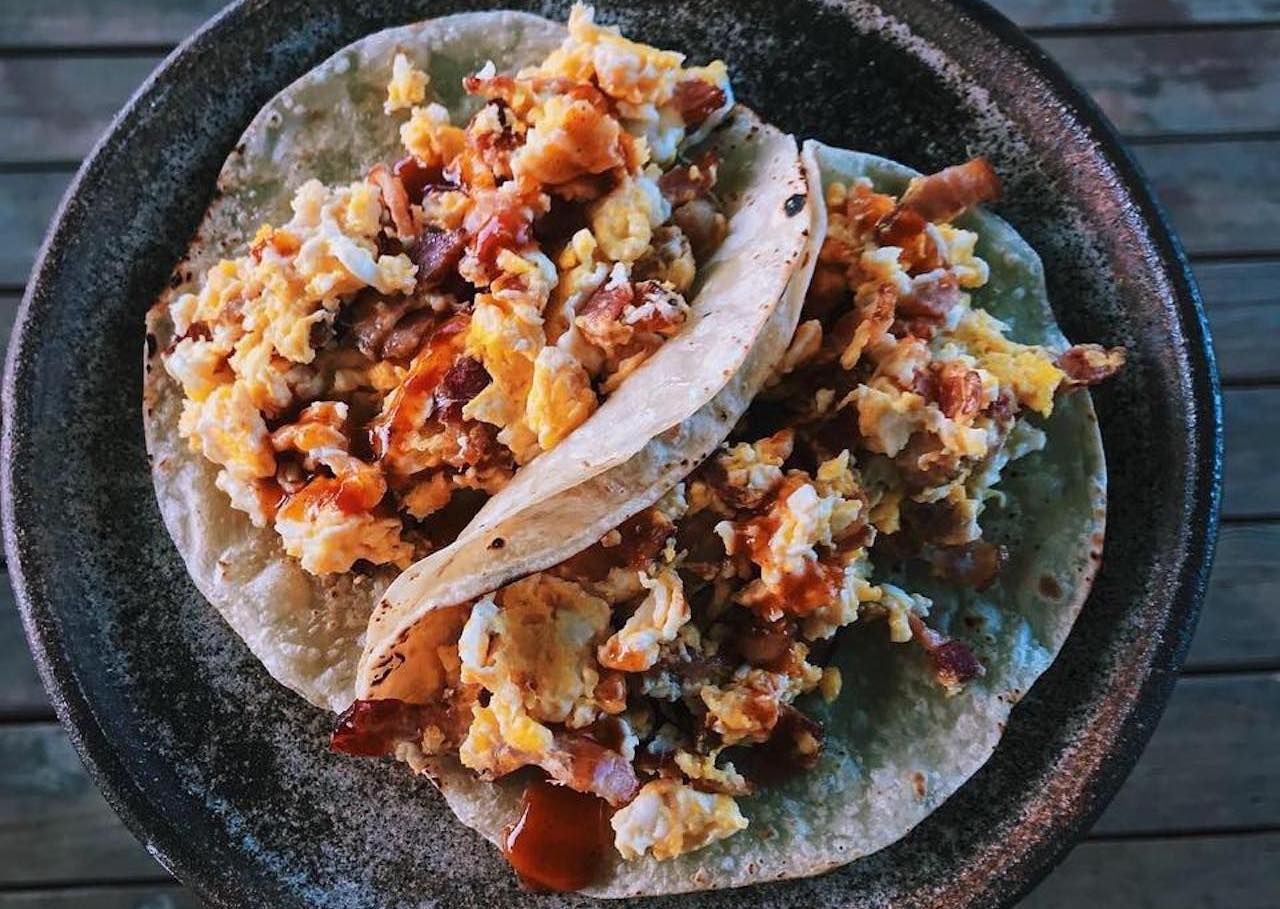 The flour tortilla is an aberration in Mexico, where corn forms the basis for a large part of the country’s diet. For more than 2,500 years, corn has provided life-saving sustenance throughout Mexican society; the Aztecs considered maize a sacred crop. Leal joked that the dishes made with corn in Mexico are “unlimited.” It is the beating heart of Mexican cuisine.

Yet flour has its place in the Mexican culinary lexicon — and America’s interpretation of it. Arellano pointed out that northern Mexican cuisine was the first Mexican food Americans in the US encountered, especially in the Southwest. It was only once Mexican people from outside of Sonora began settling throughout the US that the corn tortilla became ubiquitous. The recipes and cooking traditions they brought with them are responsible for creating the corn tortilla’s outsized reputation, but so is America’s myopic vision of Mexico — both its history and its food. Labeling the corn tortilla as somehow more “authentic” than flour misunderstands the complexities of Mexican cuisine.

While corn has a clear-cut history in Mexico, the genesis of flour in Sonora remains a mystery.

“No one really has a definitive answer,” Arellano explained. “Some people say flour tortillas are really unleavened bread, so it’s because Jews visited in the 16th or 17th century. Some people say it was Musilms. It’s all apocryphal. The reality is that northern Mexico is a wheat-growing region.”

The most widely accepted story is that the Spanish first introduced flour to Sonora in the early 16th century. Leal echoed these stories: He’s heard legends that say the Spanish couldn’t eat corn, while others claim the Spanish planted flour in Sonora because they wanted to make their own bread.

“The Sonora flour tortilla is a marriage of the corn tortilla and flour brought by the Spanish,” Charles Thieriot says. His family bought Llano Seco Ranch in 1861 when it existed entirely on Mexican territory (today it’s in Chico, California). “It was the original Spanish-indigenous fusion food. You see fry bread in Native American cuisine and it’s similar to that.” 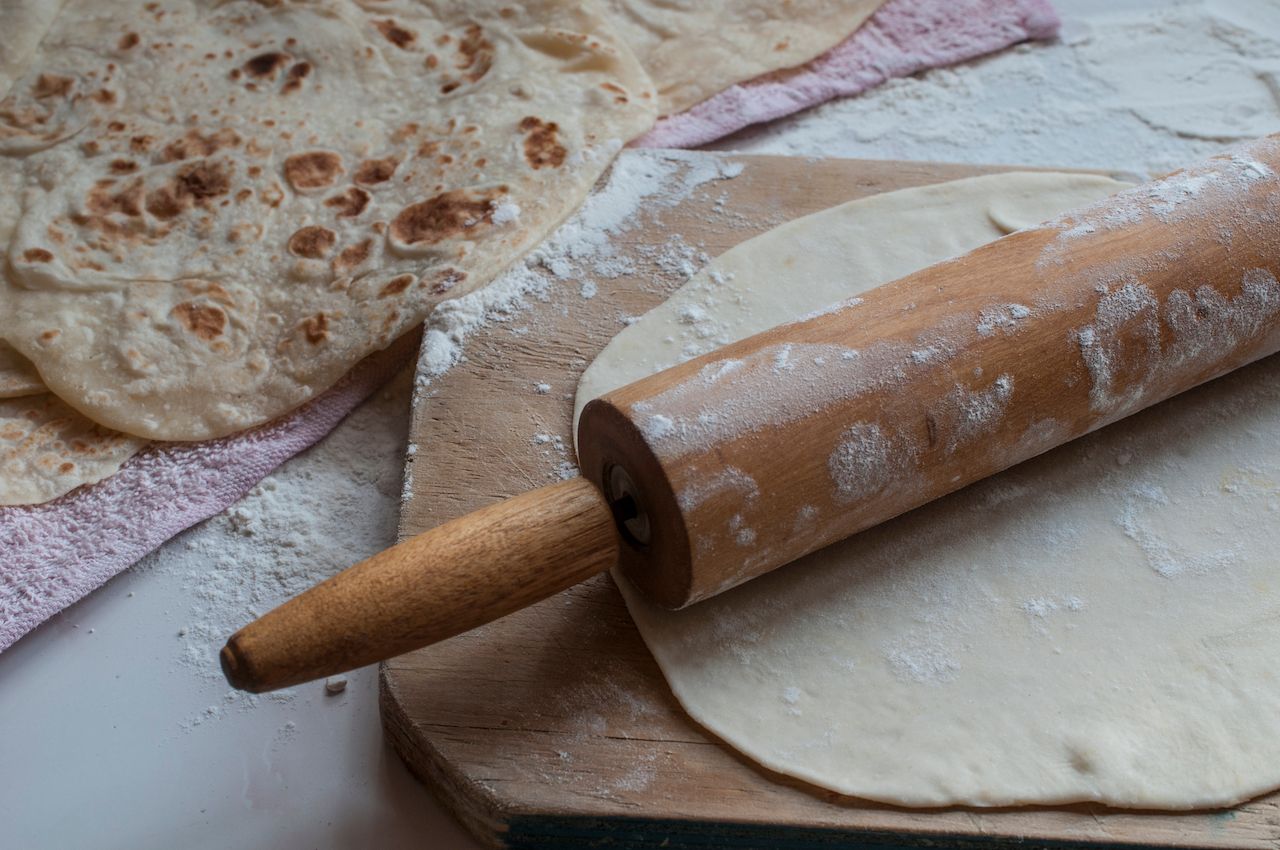 No matter its origin, wheat easily took root in Sonora’s desert climate. Sonoran wheat made its way to the Southwestern US over time, where it was planted widely and exported throughout the country. John Bidwell, the founder of the city of Chico, “was a big proponent of Sonora wheat as a sort of an economic driver for the region,” Thieriot explained. During the American Civil War, Sonoran wheat fed troops fighting on both sides of the conflict.

Nowadays, though, most Americans are probably totally unfamiliar with how a true Mexican flour tortilla should taste. Leal thinks the variety sold in plastic bags at the grocery store “taste like cardboard,” and that they’re too thick.

“[Sonoran-style flour tortillas] have to be thin, almost translucent, so that you can literally see your hand on the other side of it, and there should be a fattiness to it,” Arellano explained. “Some people use lard to make them, so they’re a little bit chewy. And you can stretch it, but it won’t rip.”

The most well-known version of the Sonora’s flour tortilla is the sobaquera. (Sobaco is a slang term for armpit, and the nickname stems from a tortilla that’s so large it can stretch the length of the arm up to the armpit.) Formally, it’s called tortilla de aqua because it’s made using water instead of lard.

Flour tortillas are used to make burros (a Sonoran-style burrito), chimichangas, and tacos. They’re also sometimes ripped up and used as a vessel to hold other foods. Leal says he prefers to eat quesadillas made with flour tortillas, as well as bean, steak, and breakfast tacos. Fish tacos, on the other hand, are better with a corn tortilla. And they make a good snack too; Leal confessed that he can sometimes eat four or five in one sitting. 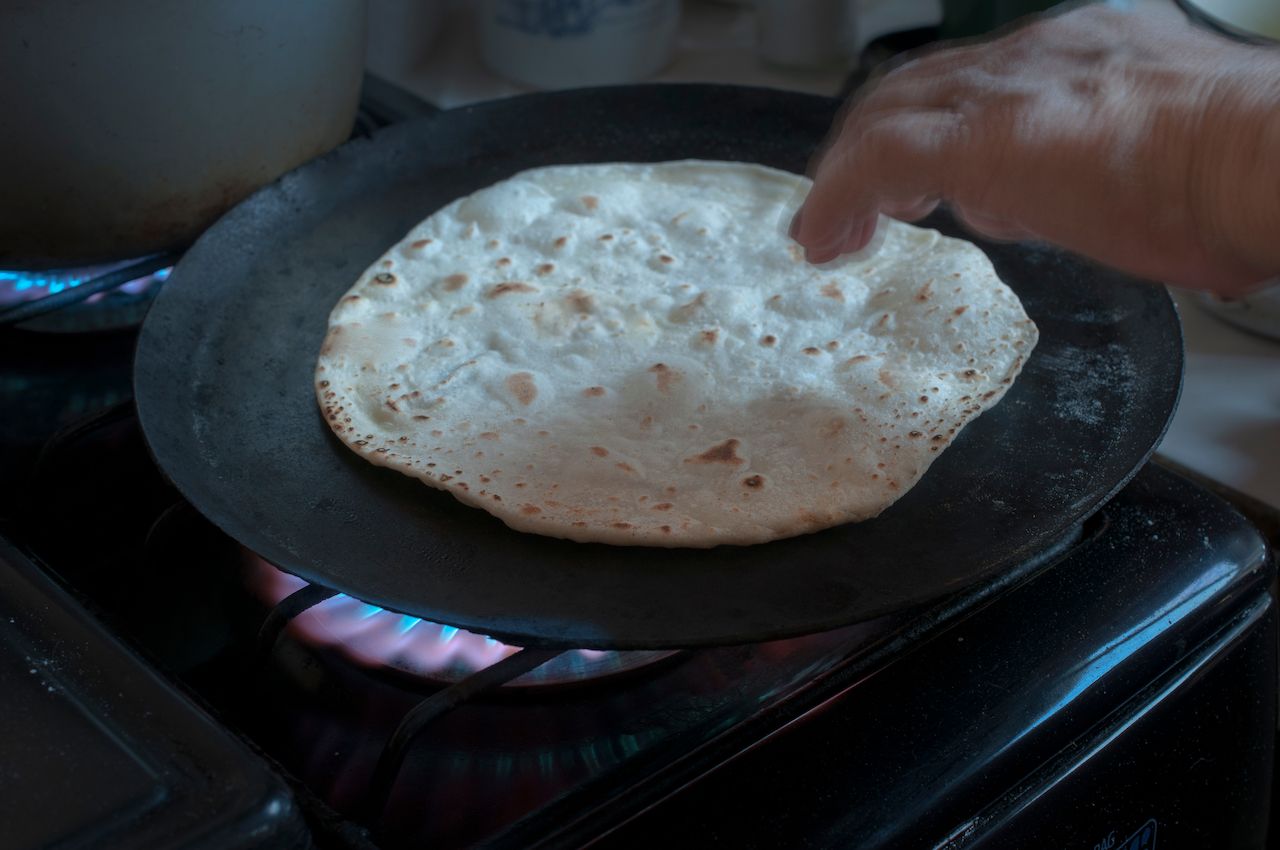 Today, the tortilla is changing — and not exactly for the better. Arellano recalled that 30 years ago, it was the norm throughout Mexico for people to buy their own masa, which they used to prepare batches of tortillas in their own kitchens. The tradition of homemade tortillas, though not disappeared entirely, is going out of style.

“That’s actually a complaint by Mexicans, that tortillas don’t taste the way they used to anymore. That’s just a side effect of mass production. If you use a really crappy strain of corn then of course your tortillas will taste bad,” Arellano says. “What’s really changed in Mexico is the near-monopoly of a company called Gruma, which mass produces tortillas using dehydrated masa. The quality is terrible.”

The same goes for flour tortillas, of course. “What it’s all going to boil down to is quality. The quality of the tortilla depends on the flour that you use,” Arellano added.

That is perhaps one reason why Caramelo Tortillas is so important. Though Leal called out Sonoratown in Los Angeles for “doing a great job of putting Sonora’s cuisine on the map,” he is somewhat lonely in his mission to prove that flour tortillas deserve love too. Batches of Sonoran-style tortillas can be purchased on Etsy (if you dare) but Caramelo is the lone commercial producer.

Leal’s customers come to him stunned by the flavor and texture of his tortillas. After years of being brainwashed into believing that the flour tortilla should be avoided by anyone with respect for Mexican cuisine, customers are astonished by how flavorful it can be when done right. He’s even created a version made with avocado oil for vegans.

Americans are slowly catching on, thanks in part to advocates like Arellano and Leal, to what has always been common knowledge in Mexico: Flour tortillas — so long as they’re made in the Sonoran style and not pulled off a grocery store shelf — are just as genuine as their corn counterparts.

Food + Drink11 Pre-Hispanic Dishes That Show Oaxaca Is the Cradle of Mexican Food
Tagged
Food + Drink Mexico
What did you think of this story?
Meh
Good
Awesome

This Hidden Lagoon Is Known as "The Maldives of Mexico"