Locals typically know a city’s bar scene best. Sometimes, however, you don’t have the luxury or time to consult the locals when you’re in a new city. Instead, you’re left searching Google, which can lead to cocktail bars with the same design and menu as the ones back home and spots filled with other tourists who made the same search query.

If you really want to get to know a new city, look for the pubs. Pubs are a window into the culture that hyped bars often can’t be. The unpretentious atmosphere, relaxed vibe, and under-the-radar status make a local pub the perfect place to feel right at home and meet people who actually call the neighborhood home. This is especially true in Europe, where you can find no-frills pubs in nearly every city, town, and village. These pubs are the ideal lens through which to view a new city for many reasons, but these are the top three.

Okay, of course some rules apply, but the reason people love pubs is that they aren’t pretentious. No dress code, no cover charge, no bathroom attendant trying to spray you with cologne while you’re washing your hands. Getting dressed up once in a while is nice. Standing in a two-hour line at 1 OAK before walking down the checkered walkway into a world of faux-luxury is not exactly the best way to immerse yourself in a new place, though.

Many bars and clubs, especially high-end ones, come with a set of rules for everything. This includes, but is not limited to, how you dress, order, wait to enter, and how you act once you’re inside. It’s not like you can smash your beer glasses, start a 16-person brawl, or play Russian roulette in a pub, but since the atmosphere, staff, and clientele tend to be more relaxed, people are more likely to be at ease. This makes you more comfortable in a new bar in a new city and makes meeting people easier. 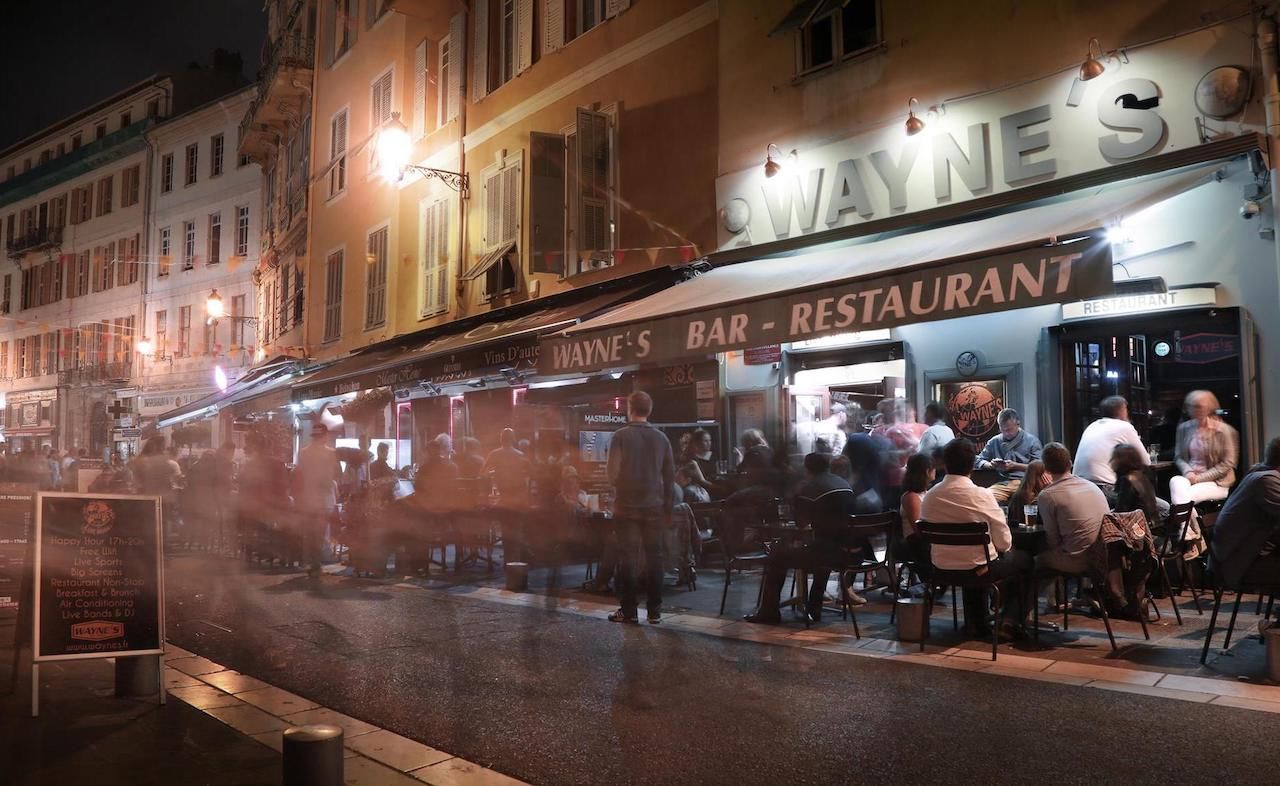 Pretending to be James Bond at a fancy cocktail bar is fun and all, but it simply doesn’t compare to the communal debauchery you can partake in at a pub. I was a bit skeptical of spending my Friday night in Nice, France, at an Irish pub called Wayne’s, but it soon became clear to me that this — not the chic, outdoor cafes with heat lamps — was the place to be. At around 11:00 PM, everyone leapt on top of the long wooden tables with total disregard for the plates and glasses sitting there and danced like it was the last night of Oktoberfest. That kind of thing just doesn’t happen at trendy cocktail joints.

Because they’re NOT on top 10 lists

Every city has its own aesthetic, and pubs are usually a good microcosm of that aesthetic. Stripped of the gimmicks and flashy decor, pubs represent a city’s nightlife without obstruction. The best way to actually feel like you’re immersed in a place (and not just a tourist patronizing a bar designed for Instagram) is by posting up at a little pub that’s hidden away on a side road.

Before landing in Venice on a recent trip, I was given tons of recommendations for restaurants, cafes, and clubs that were supposed to be among the best in the city. But my favorite Venice venue was a little divey pub with five barstools, a jukebox, karaoke, and a dance floor barely big enough for six people. I’m not even sure what the place’s name is, though the neon sign glowing above the tilted doorway read “Sigarette.” When I went, it was supposed to be a “one drink, then move on” scenario, but once I realized the place offered the best people-watching in Venice, one of those five barstools became my home for the night. I listened to a woman do her best (or, more accurately, worst) Pavarotti impression, celebrated Venezia FC’s victory over Pisa with some avid soccer fans, narrowly avoided the advances of a pair of swingers, and I’m pretty sure I witnessed a drug deal two stools away. The next night I paid $12 a pop for Martinis while “Don’t Stop Believin’” blared in my ears, but when I think of Venice, I don’t remember Journey (thank God) — I remember Sigarette.

It’s where people hang out to get away from tourists

You’ll quickly find that, especially in big cities, locals tend to flock to bars you might not expect. Bars that aren’t necessarily the most trendy or popular on TripAdvisor, because those are the places quickly overrun by tourists. But as Groucho Marx once said, “I wouldn’t want to belong to a club that would have me as a member.” This pretty much explains the dilemma of tourists looking for an “authentic” nightlife experience abroad. Even if you do get lucky and find the bar where the locals hang out, by virtue of your presence you’ve made the bar inherently less local.

But as long as you’re respectful and don’t act like the other tourists you’re looking to avoid, this can be okay. Acknowledge the reality that you are a tourist, not one of the cool locals, and do your best to blend in. That way, you’ll get away from the crowds without being “that guy” ruining it for the rest. And you’ll have a better chance of being welcomed into the fold. 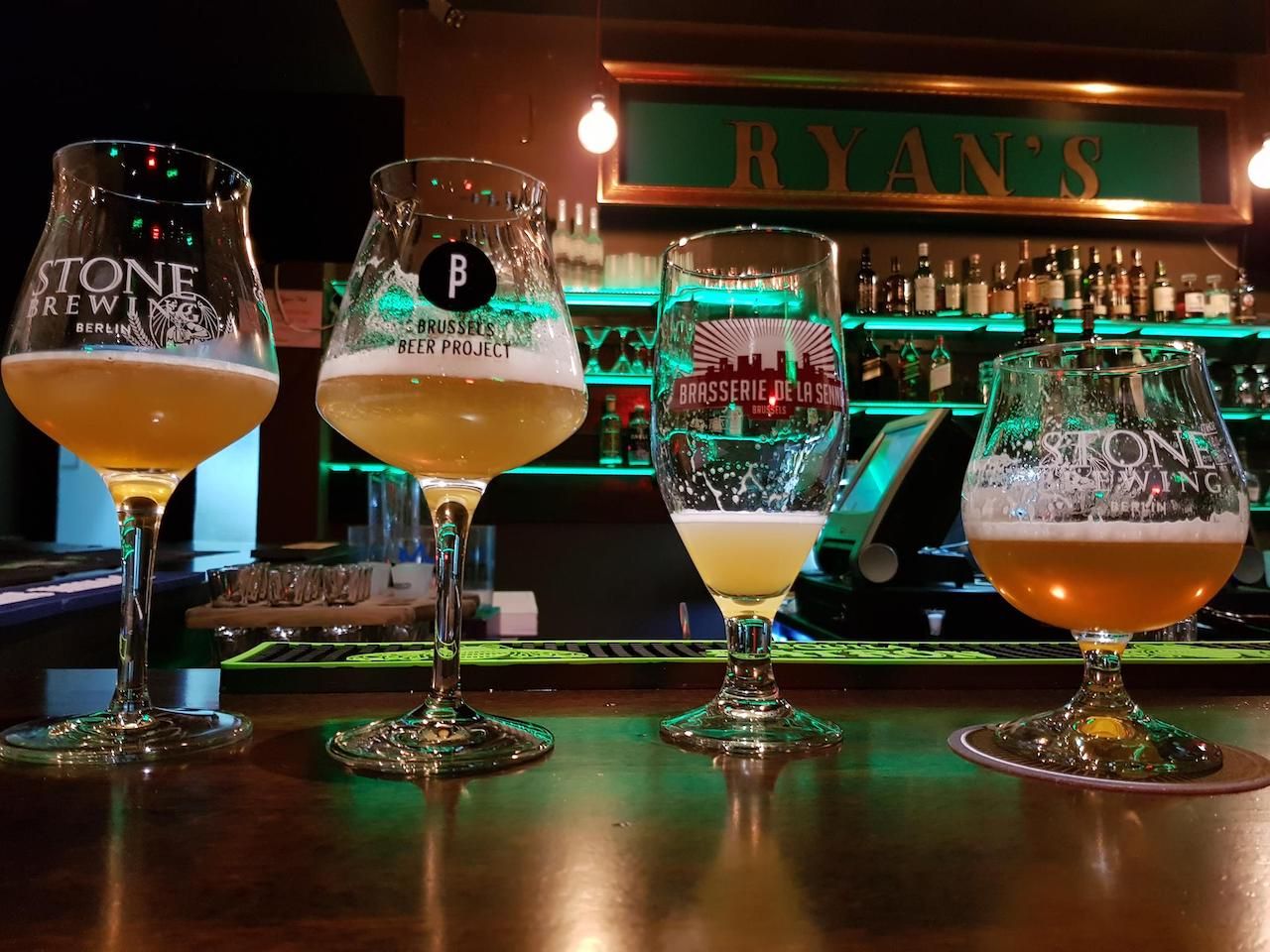 Determined to have a “local” experience in Malta — an island known for its abundance of British vacationers looking to party — I wandered into Ryan’s Pub on the outskirts of the popular Paceville area. Set apart from the bustling St. George’s Road with its bars, nightclubs, and strip clubs, Ryan’s is a small Irish bar that looked relatively quiet from the outside when I passed by. The inside, however, was like a secret society meeting of Maltese 20-somethings, a veritable Cheers bar where everyone seemed to know everyone. Except me, of course. After overcoming the initial confusion that an American had wandered into this nondescript pub, everyone was incredibly welcoming and eager to introduce me to Maltese snacks and, of course, the traditional drinks.

A pub isn’t the only place you can find these local experiences, but it’s certainly among the best.