Derrick Walker, owner of Smoke-a-Holics in Fort Worth, Texas, “got bit by the bug” — the barbecue bug — when he was just 12 years old. His grandfather owned an offset smoker, and the night before family gatherings in another town about three hours away, he’d help him load up the smoker with briskets and other cuts.

“First thing in the morning, we’d hit the highway with that thing still smoking, and he would pull over at rest stops and check the fire and then get back on the highway,” Walker recalls.

Walker’s passion for barbecue kept burning, like that fire in his grandfather’s smoker. He’s been cooking barbecue professionally since 2006. He jokes that he started doing “pop-ups before pop-ups were cool” at barbershops, beauty salons, and shopping centers. The lines were so long at his impromptu cookouts that the cops would stop by, ask for a plate, then tell him to find a way to get his crowd under control, “because I would literally have traffic blocked.”

His popularity earned him enough capital to open a brick-and-mortar spot: In August 2019, Walker opened his first brick-and-mortar location of Smoke-a-Holics. But the lines didn’t stop. Walker says that in the nine months he’s been open, he’s only made it to 7:00 PM — closing time — twice before selling out.

When Texas barbecue comes up in conversation, most mention the diehard traditionalists in Dallas and the now-iconic Franklin Barbecue in Austin. Only in the last couple of years has Fort Worth been included in the conversation about the best barbecue in Texas — in the country, even. 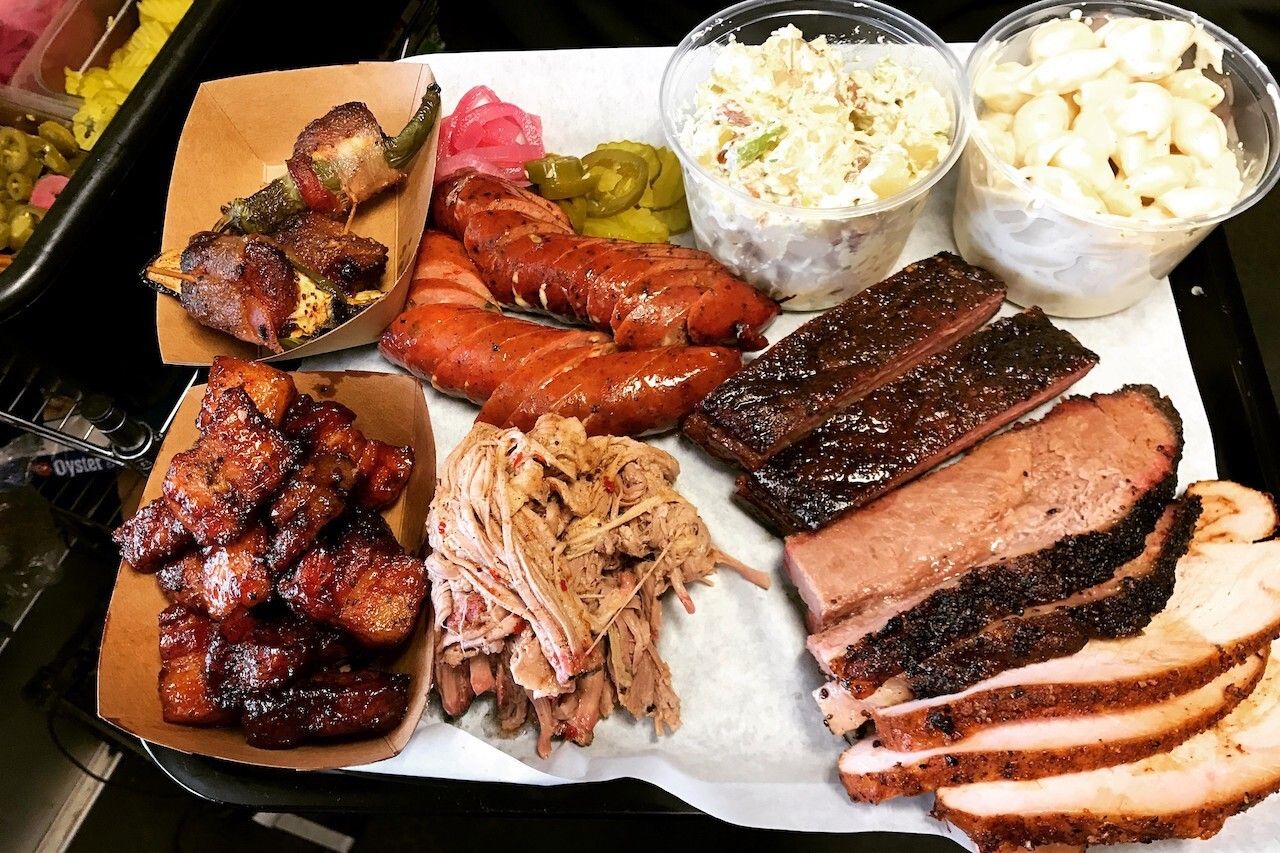 “We’re seeing more people come from the Austin area up to Fort Worth to hit three or four barbecue spots in one trip,” says Chris Magallanes, co-owner of Panther City BBQ. “You wouldn’t have heard of that two years ago. Nobody would come around. We had our old school favorites like Angelo’s, but really the craft barbecue scene in Fort Worth has exploded in the last year and half to two years.”

That doesn’t mean that the pitmasters running the best barbecue restaurants in Fort Worth are new to the game. Magallanes came up in the barbecue competition scene around 2013, but he had been an experienced barbecue home cook for years before. Word spread about his skills, and he started cooking his smoked meats at school carnivals and local breweries. In 2018, he quit his full-time job to focus on barbecue, and in 2019, he and his partner Ernest Morales opened Panther City.

At Panther City, Magallanes takes inspiration from his Mexican heritage to create barbecue dishes with a distinct Tex-Mex twist. One example is the brisket elote, Mexican sweet corn topped with brisket and queso fresco hot sauce and garnished with jalapeno and lime. Magallanes also prepares smoked barbacoa (beef cheek) and uses brisket trimmings to make barbecue tacos. There’s a spicy edge to every dish on the menu at Panther City, including the mac and cheese, which incorporates a tomatillo sauce.

“It’s something that we grew up with and that we’re trying to introduce to the neighborhood,” Magallanes says. 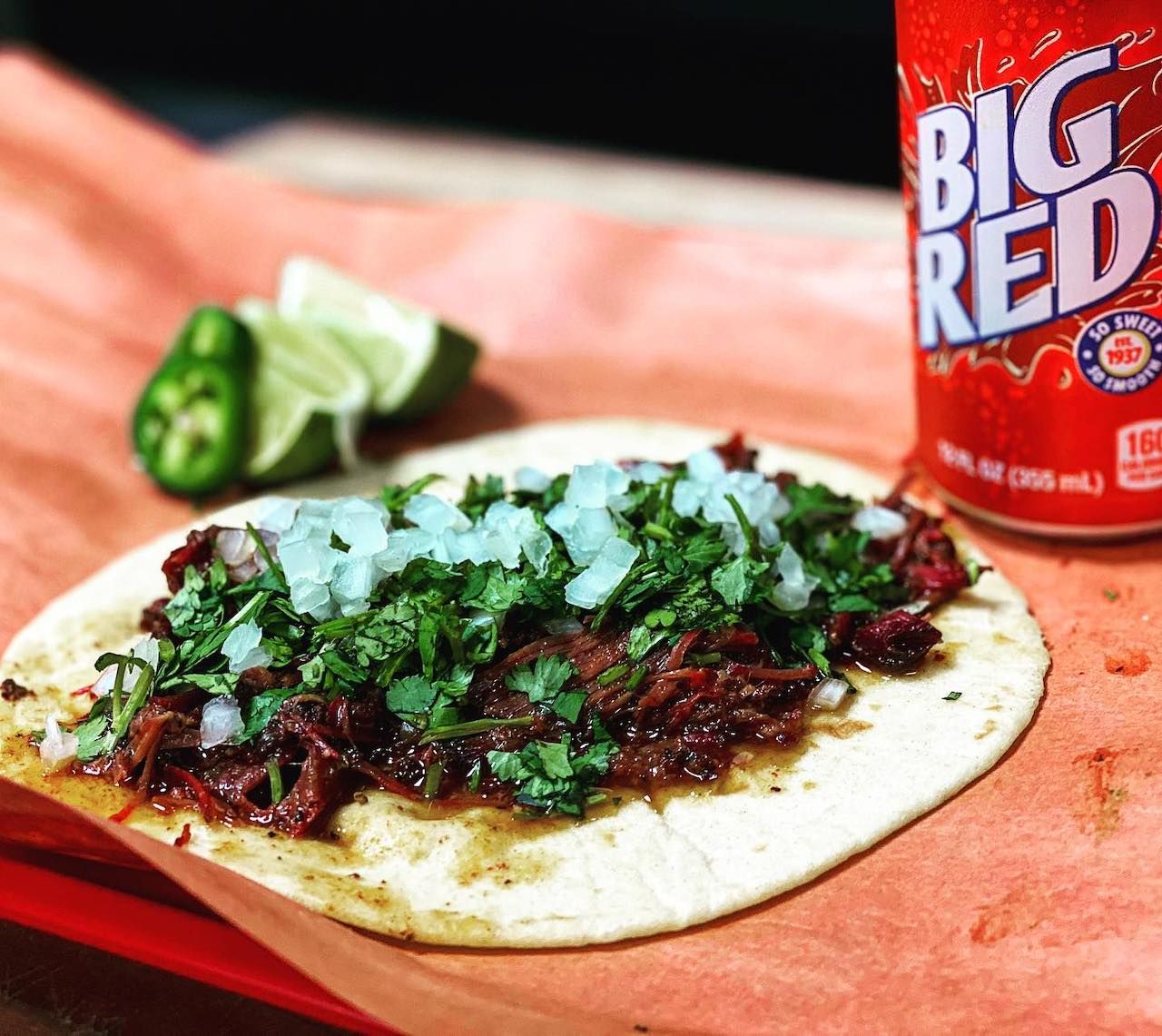 Walker’s approach is a little different: He calls his barbecue style Tex-Soul and guesses he’s probably one of the few pitmasters in Fort Worth to bring that perspective to his food.

“I wanted to stick to my roots,” Walker says. “I didn’t want to do Tex-Mex because it’s trendy. I grew up eating soul food. Soul was a way of life, so I wanted to weave that into my food. We have cornbread, we have pinto beans, collard greens, baked mac and cheese, sweet potato pie, peach cobbler — things that I grew up with.”

Fort Worth’s pitmasters aren’t just bringing an extra level of creativity to their menus. Recently, the burgeoning barbecue city has embraced the so-called craft barbecue movement, which began with Aaron Franklin at Franklin Barbecue in Austin.

Traditional, old-school barbecue has been a staple in Fort Worth for decades at places like Angelo’s and Riscky’s BAR-B-Q, where the menu and cooking methods have stayed mostly the same since the restaurants opened. It’s part of the foundation of communities and social gatherings in the city. Craft barbecue isn’t trying to change that, just help barbecue evolve.

“Historically, barbecue has been cheap cuts of meat, and you just smoke it forever until it’s tender,” Travis Heim, owner of Heim Barbecue, explains. He adds that barbecue was something done on the Fourth of July, fall parties, and community gathers thrown by Southern politicians. “The difference with the newer craft style is that it’s taking really good cuts of meat, like instead of brisket, we’re gonna get a grass-fed prime brisket, and then use the same [cooking] technique that you would at an old school place.” 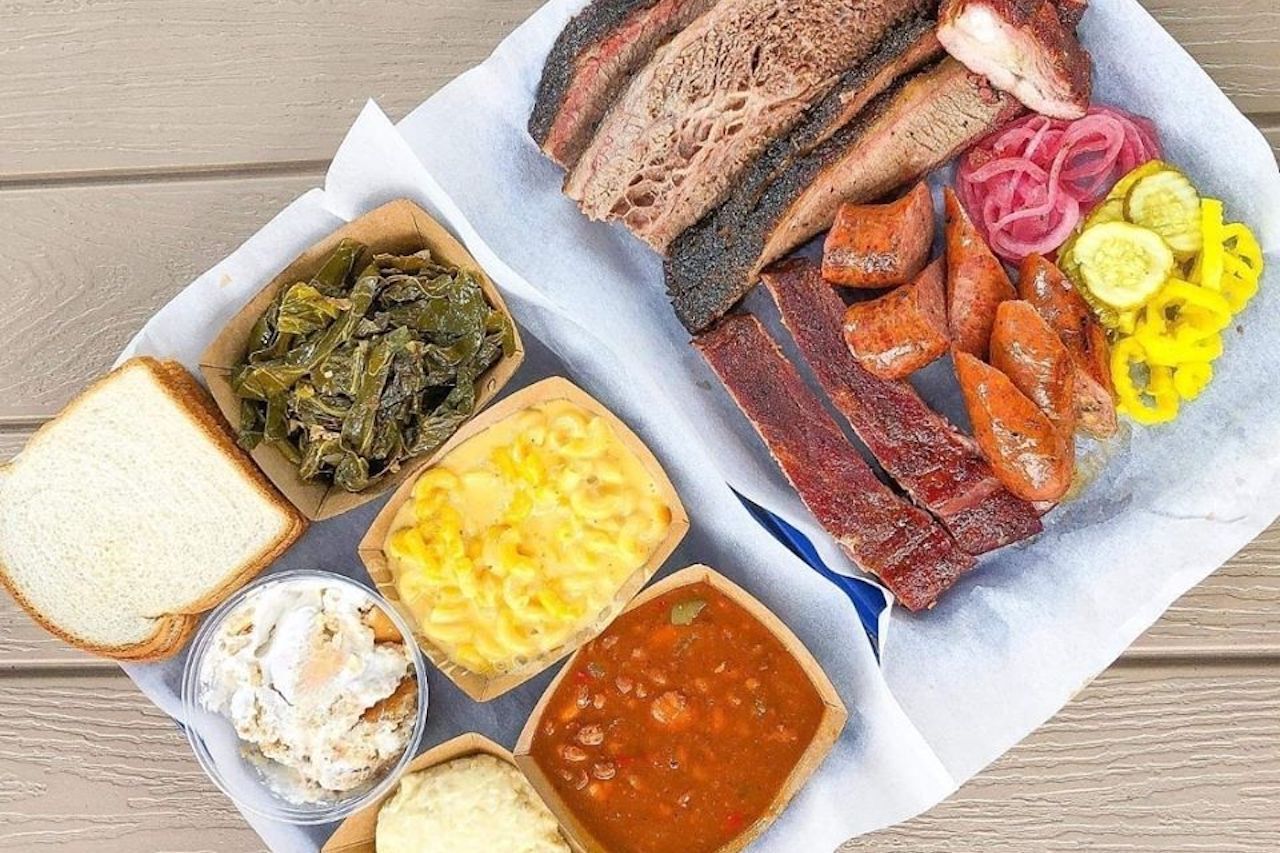 Craft has a little bit more panache. The craft barbecue restaurant has more style than the old-school barbecue cafeterias, which are usually more sparse and plain. From the food to furniture, craft barbecue has an eye for design. But as one might expect, there was some pushback against craft barbecue when it first arrived in Fort Worth because its very existence seems to imply that there’s something wrong with the old ways of cooking barbecue.

“When I heard the term craft barbecue, I thought it sounded hipster,” Walker says. “I thought this was so wack, and I thought it was a slap in the face to pitmasters of old.”

Walker now proudly calls Smoke-a-Holics a craft barbecue restaurant. In fact, he says he’s one of the few black pitmasters cooking craft-style barbecue in Fort Worth today. Once Walker got used to the fact that craft barbecue wasn’t going anywhere, he started paying closer attention and realized that there are distinct differences in the styles — especially when it comes to how the food looks, and how it’s served.

“You can go to a barbecue place and the only real option is a styrofoam container with three compartments,” Walker says. “They put your ribs or your chicken into one compartment, then you get your beans and potato salad, but the beans are running into the potato salad, and then you can add raw white onions, and everything is in sloppy sauce.

“Or you can come to my place and you can get a tray with beautifully placed ribs and fatty brisket and more expensive turkey, and the sides are in separate containers, and you have pickled onions and housemade pickles. A lot more work went into that tray.”

The push for more creativity on Fort Worth barbecue menus stems directly from the fact that craft restaurants don’t feel beholden to the old-school traditions that dominate barbecue restaurants in places like Dallas or Austin. Heim feels he has the freedom to create a dish like his Kansas City-style bacon burnt ends (what he describes as a “sweet peppery smokey bacon bite”) in Fort Worth, whereas if other places in Texas did that, “they’ll throw you out of the state.”

The freedom that being released from traditions that dictate barbecue in other states has been revolutionary for Fort Worth’s pitmasters. It’s opened the door to barbecue dishes that you won’t find anywhere else in the country (smoked candied pork belly nestled in a jalapeno and topped with cream cheese and wrapped in bacon at Panther City, and potato skins buried in mac and cheese sauce and topped with brisket at Heim) and let the individuality of each chef flourish. That’s great for them, and better for us, because we get to reap the benefits of their hard work.

“Come through and see the ways the flavors meld — Tex-Mex with the South Texas influence, and the Hill Country and the North Texas influence,” Magallanes says. “The way everything comes together — there’s just a different twist that you won’t see in other places in Texas.”

Where to eat barbecue in Fort Worth 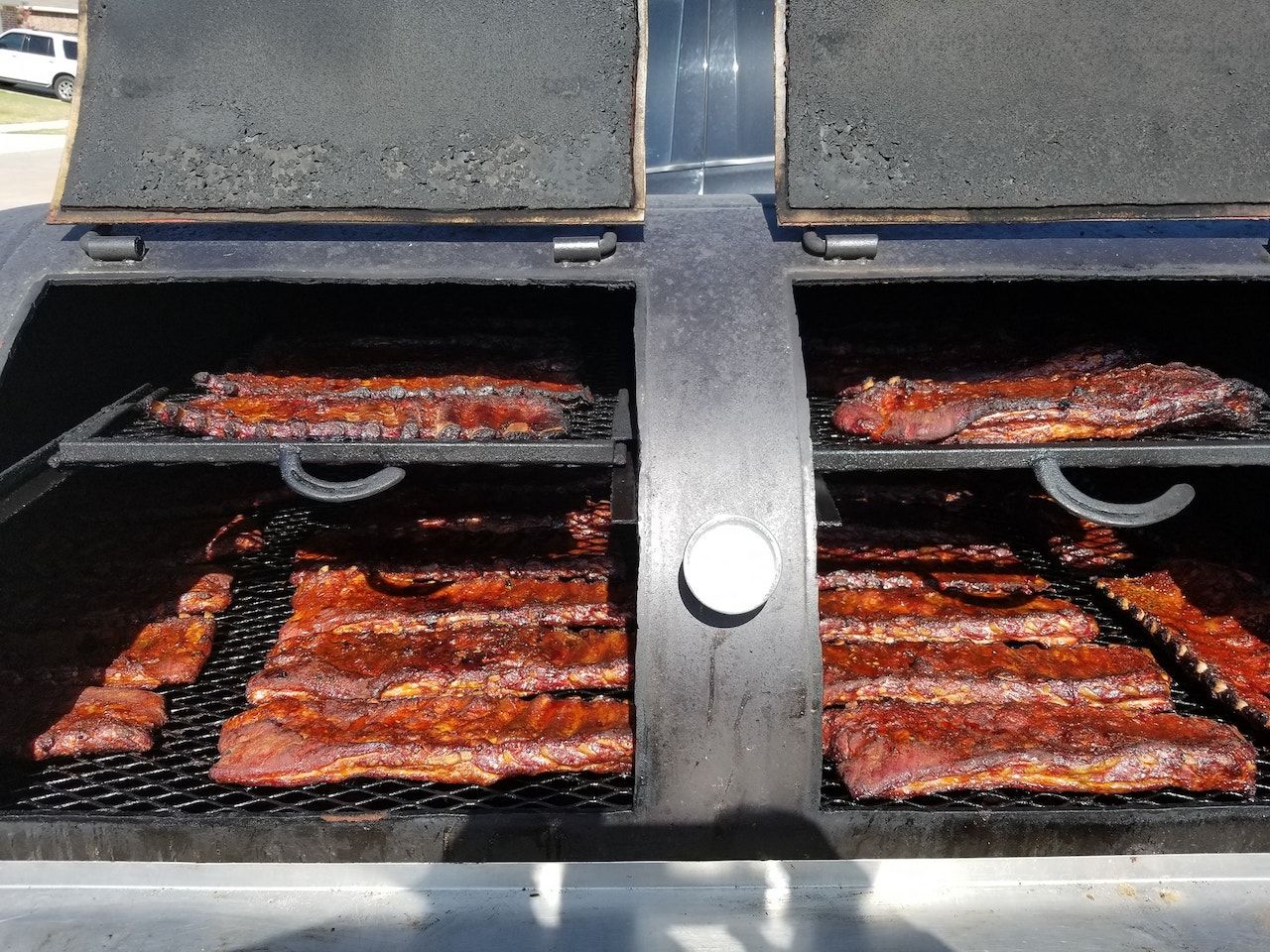 Panther City: A barbecue spot with a distinct Tex-Mex twist. Options include brisket elote (Mexican sweet corn topped with brisket and queso fresco hot sauce), smoked barbacoa (beef cheek), and tacos made with brisket trimmings. The sides have a similar influence, like the mac and cheese with tomatillo sauce.

Angelo’s: A Fort Worth barbecue spot that opened in 1958. Come for classics like chopped beef sandwiches, brisket, and sausage plates.