France’s president, Emmanuel Macron, has changed the colors of the French flag. A surprising piece of news that is only topped by the fact that the flag was actually altered on July 13, 2020. No one seemed to notice.

French radio station Europe 1 announced the change on November 15, but no formal statement has been made by the President’s office.

Despite the change, the colors of the French flag remain blue, white, and red. Only the shade of blue was altered, from a light blue to a navy blue. Can you spot the difference? 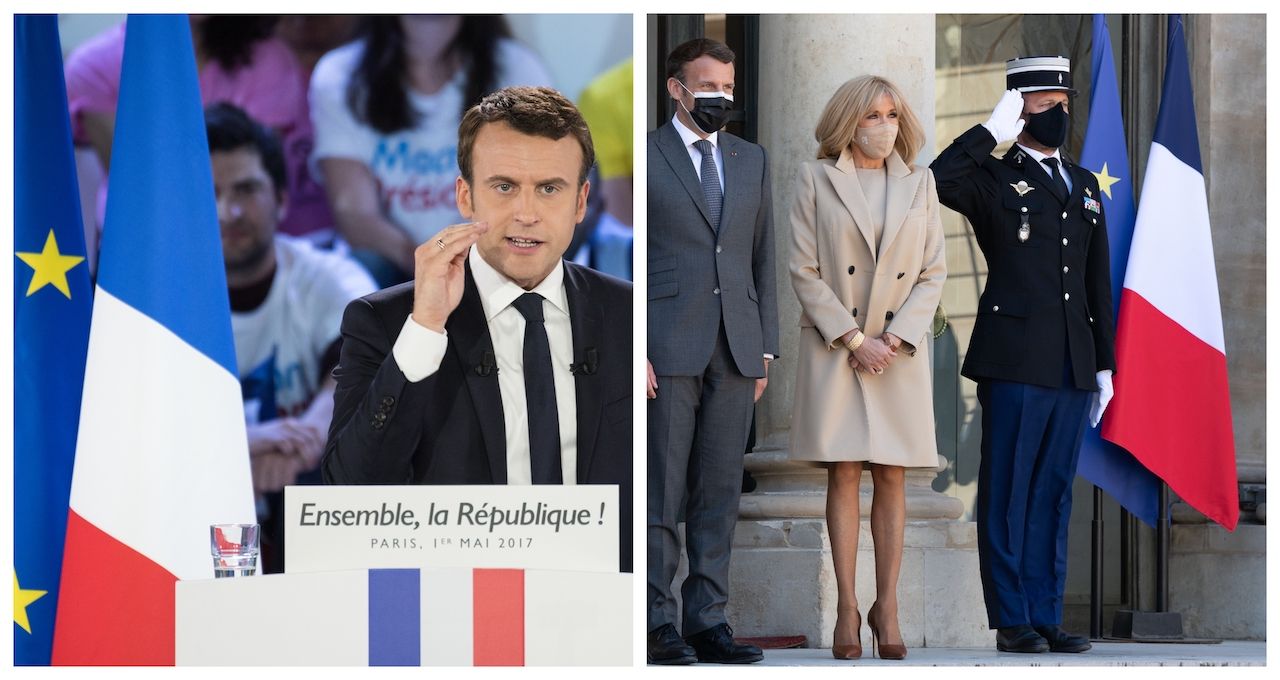 The lighter blue was chosen in 1976 to more closely match the flag of the European Union, euronews reports. Before that, France’s flag had used navy blue since the 18th century.

The return to the darker navy shade is meant to pay tribute to those who fought in the French Revolution, World War I, and World War II, officials from the President’s office explained.

However, some are interpreting the change as a sign that the country wants to step away from the European Union.

The new, year-old French flag now flies on all the buildings linked to the presidency, such as the Elysée Palace (the President’s residence), the Assemblée Nationale (one of the two houses of the French Parliament), and more.

The French flag isn’t the only one to have changed over the years. The flags of Canada, South Africa, and even the United States have all changed since the 20th century, as these flag animations show.

CultureThe 9 Coolest Flags in the World and the Meanings Behind Them
Tagged
News France
What did you think of this story?
Meh
Good
Awesome