Usually when you see the name Broward County, it’s followed by something embarrassingly Florida. An election recount, maybe. Or a TV show where police officers arrest people who’ve been using alligators in very inappropriate ways.

In reality, Broward County is a seaside, tropical locale with 23 miles of coastline and a population of two million, smack between Miami and Palm Beach County. It’s a vacation oasis to millions from all over the world — but somewhere along the line, Broward got an image that it didn’t deserve.

Maybe it was when America decided it was spring break central and made its beaches a bacchanal of bad decisions for the better part of the last 30 years. Or maybe it was when famously attention-seeking sheriff Nick Navarro (of Cops fame) had 2 Live Crew arrested for performing “lewd” songs, giving the county a decidedly backwater reputation.

Despite all this, Broward County, and its biggest city Fort Lauderdale, has grown up from its years of beer bongs and redneck cops. Yes, 2018 saw the county in the middle of yet another highly publicized election recount. But Broward County can do more than pop bottles and botch elections. It’s a diverse, cosmopolitan place that balances all the best things about Florida without the insanity of larger cities.

The Venice of America finally becomes a big city. 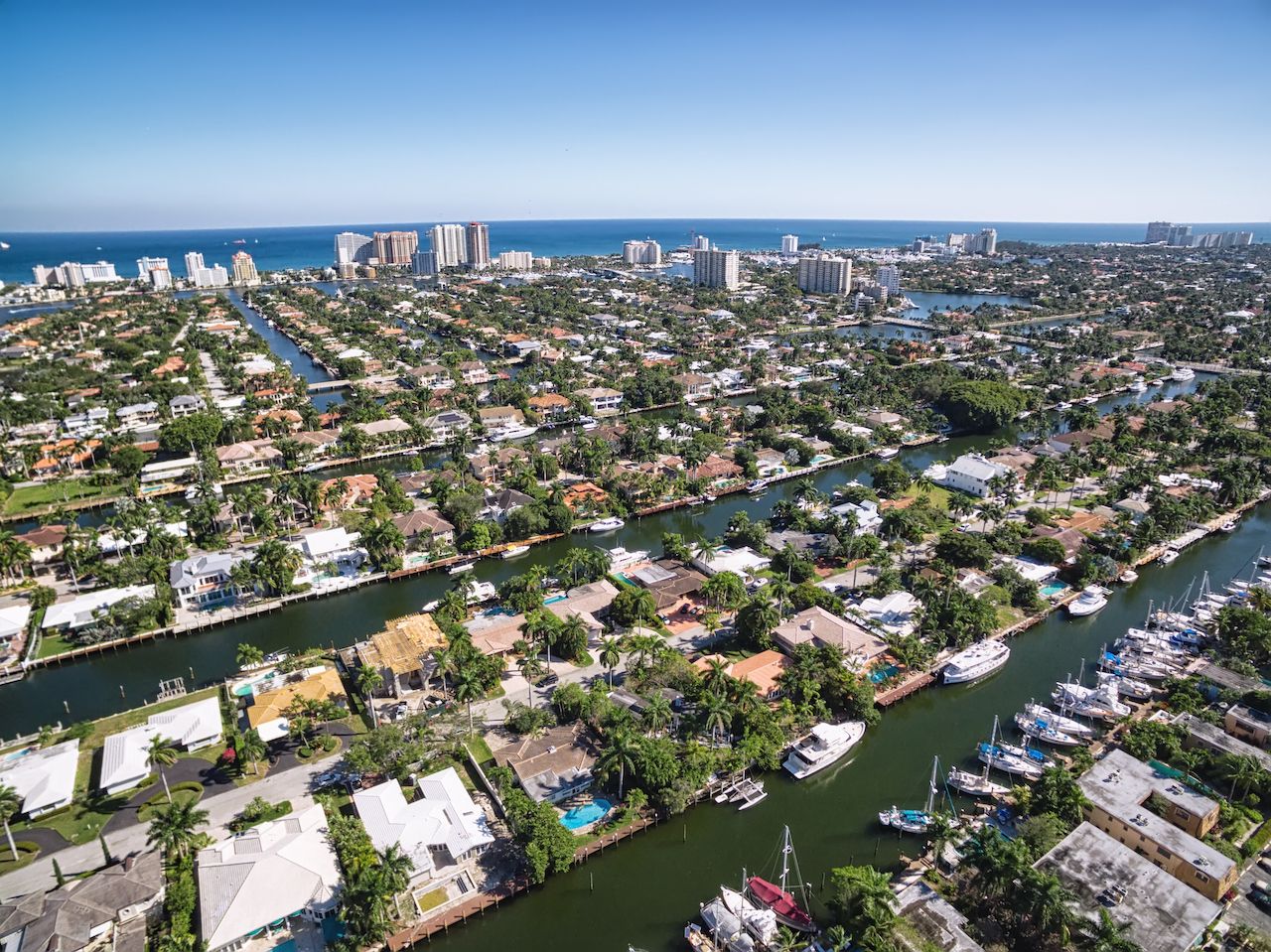 Fort Lauderdale was envisioned as the Venice of America, a city built on canals destined to be the grandest boating destination in the western hemisphere. In that light, it succeeded: Fort Lauderdale is home to the hemisphere’s biggest boat show each November and is the de facto hub of the western yachting world. But outside marine circles, that doesn’t get talked about much.

Even 25 miles south in Miami, many locals see Broward County as its sleepy bedroom community neighbor. Not a cool, hipster second city like Oakland or Brooklyn but more like a humid, slightly trashier Orange County. Those opinions, though, are mostly from people afraid to go north of the county line. In the past half-decade, Fort Lauderdale has improved itself to the point that residents not only don’t need to go south to find world-class restaurants and nightlife — but also people from Miami are slowly coming north to see what’s there.

First, developers have torn down much of the stretch of dated discount hotels along Fort Lauderdale Beach and replaced them with a W, a Conrad, and a Ritz-Carlton. The result hasn’t exactly been St. Barth’s on the Swamp, but it has driven out the throngs of budget-constricted spring breakers who once flocked here. 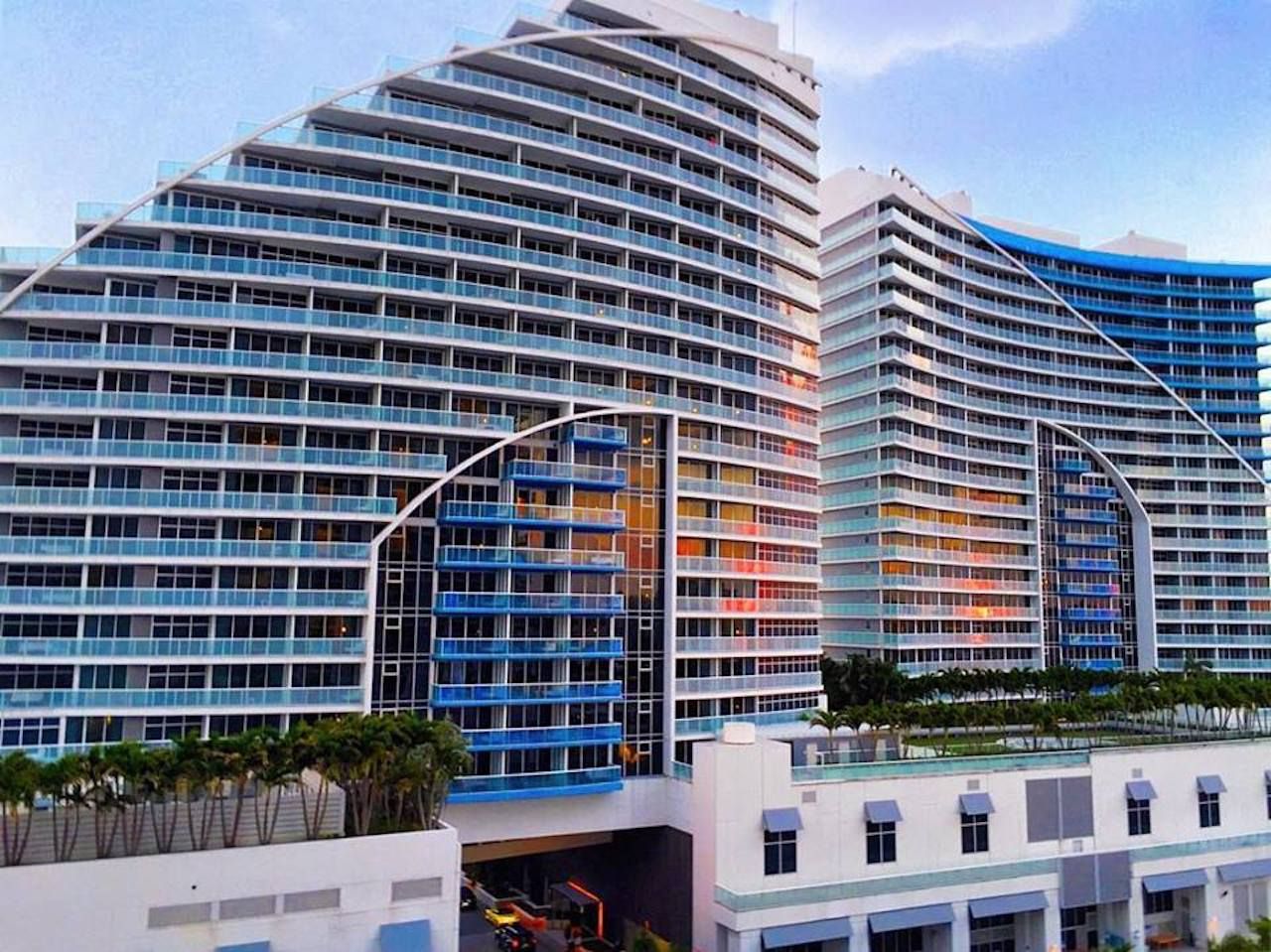 Despite the addition of luxury hotels, the beach hasn’t lost its character, mind you. You can still find people who look like they came here on Spring Break 1984 and forgot to leave at bars like Elbo Room and Blondie’s. But you’ll find those watering holes intertwined with oceanfront craft cocktail lounges like the Living Room at the W and Burlock Coast in the Ritz-Carlton.

Broward County’s maturity extends far past the beach to Himamrhsee, an area with bars and restaurants in historic buildings next to the New River. There, the towering ‘90s eyesore that was the Riverwalk shopping center has been demolished to make way for two residential towers — 38 and 42 stories — with 40,00 square feet of commercial space.

The towers are part of the 10,000 new residential units planned over the next five years in downtown Fort Lauderdale as young professionals are flocking to the urban core. This phenomenon is happening in every city — but, in a place largely dismissed as a sprawling suburban vacationland, this kind of urban development forges a new identity. 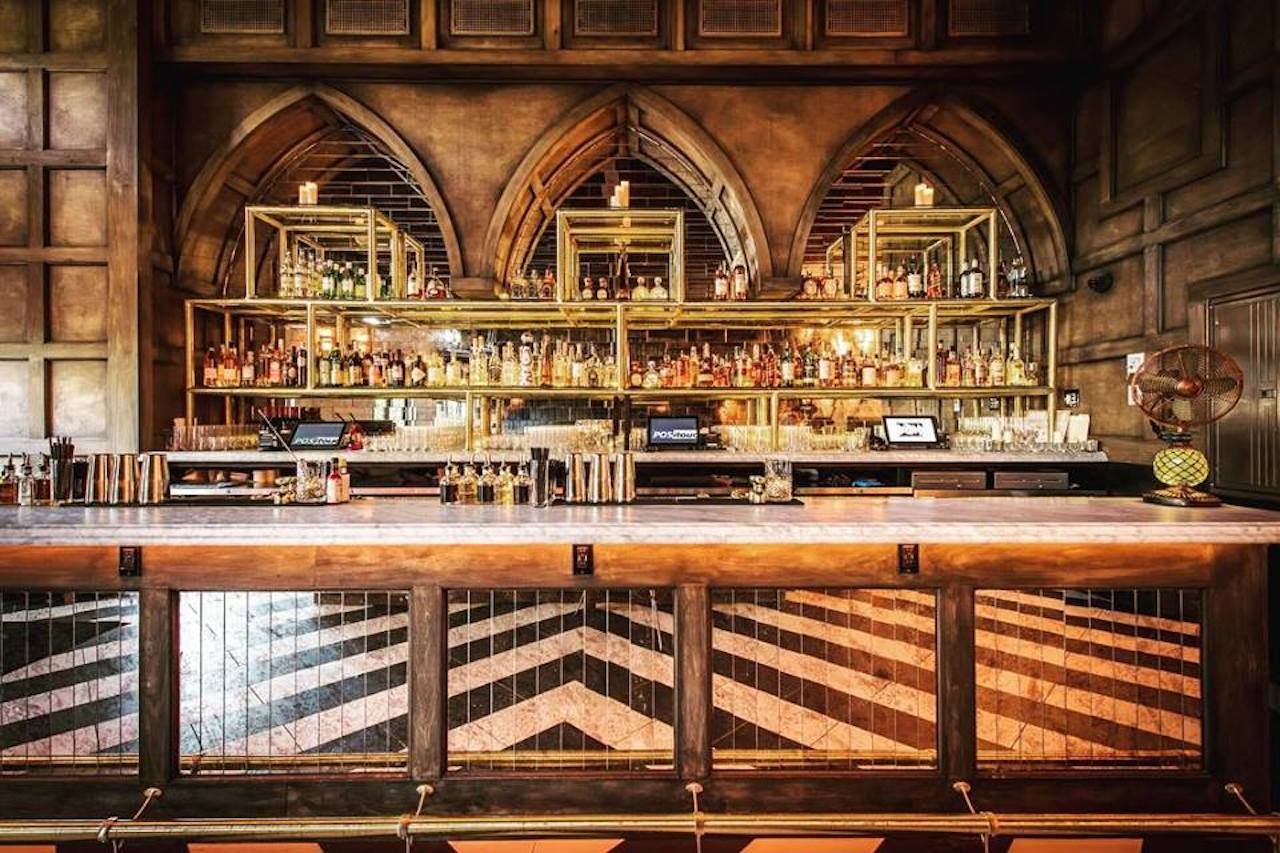 In response, the city has seen an influx of the types of amenities a legitimate downtown needs, with the row of restaurants along Las Olas Boulevard leading the charge. What was once a collection of nondescript Italian tourist traps and sticky bars now hosts some of the best restaurants in South Florida, from robata grill at Etaru to Mexican at Rocco’s Tacos to Broward’s best pizza at Louie Bossi’s.

The Wilder, a creative cocktail bar just east of downtown along Broward Boulevard, could be the best new cocktail bar in Florida this year. It’s a wood-lined space that mixes classic and trendy drinks with a huge patio and a dance club in the back. Downtown also got its first legitimate rooftop bar, creatively called Rooftop. That is in addition to the two-year-old Apothecary 330, which has the most impressive collection of bourbons and whiskeys in South Florida. 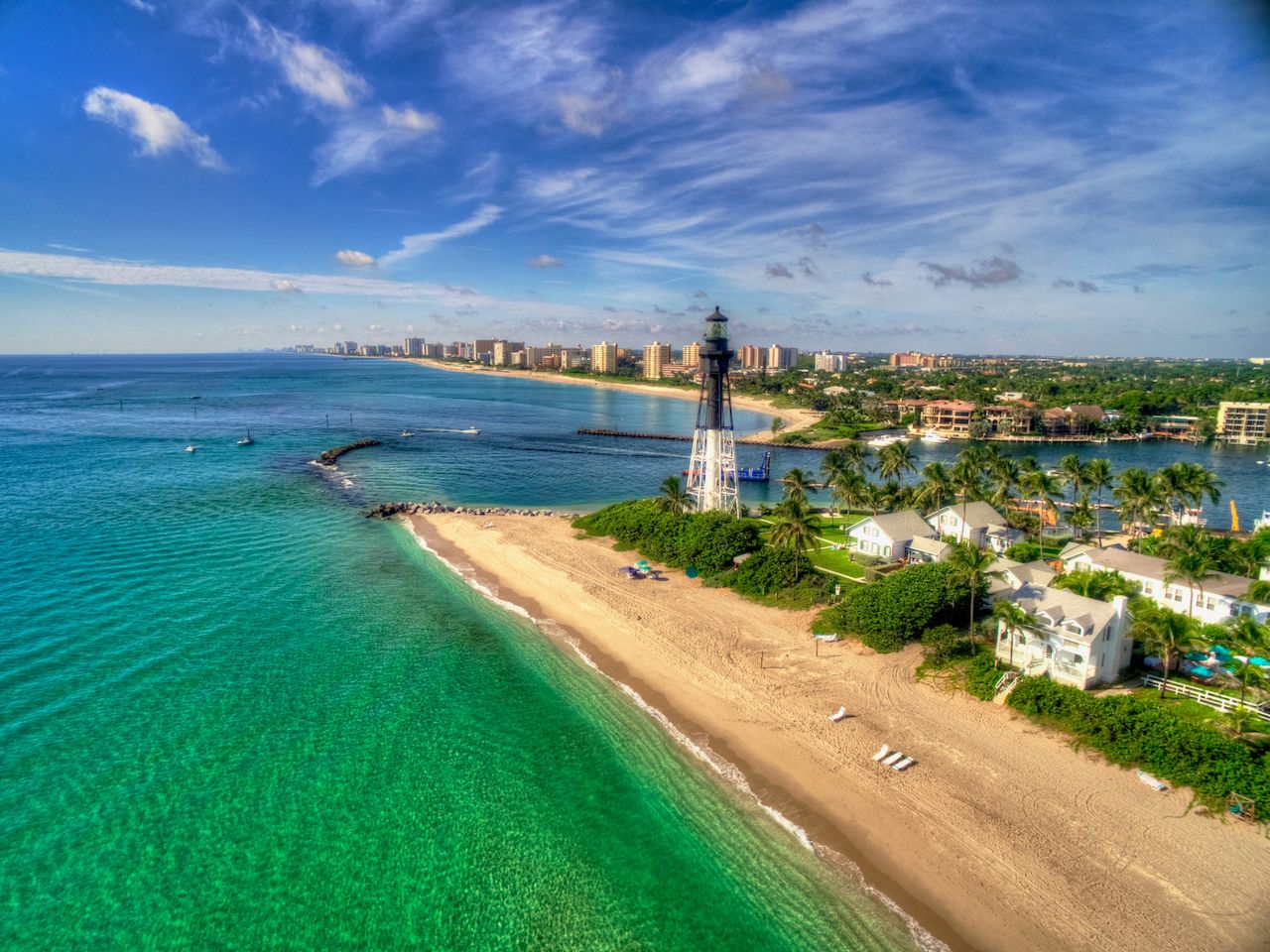 The 30 other municipalities that make up the Broward County are growing up, too. Just south of Fort Lauderdale is Hollywood Beach, a one-time gritty boardwalk town that is building itself into the third-best dining city in South Florida — behind Miami and Fort Lauderdale. And it’s got ocean views to boot.

The Margaritaville Resort opened a few years ago and brought with it the JWB Prime Steak & Seafood, the best steakhouse north of Miami. Just down the boardwalk, Hyde Beach opened Etaru, a robata grill restaurant with food as good as the legendary Zuma, with a front row seat to the ocean. There’s also the iconic Diplomat Resort, which recently underwent a massive renovation and opened Geoffrey Zakarian’s new Point Royal and the chic Monkitail, Broward’s best sushi spot. And of course there’s still Le Tub, the funky waterside dive that some say has the best hamburger in America.

Pompano Beach, about 15 minutes north of Fort Lauderdale, has undergone huge transformations, too, becoming a top destination for the classic Floridian combination of scuba diving and beer.

South Florida was late to the craft beer party, but Pompano Beach eventually embraced it the most. Foremost is the 26 Degrees brewery, a converted Winn Dixie Grocery store that’s become a weekend social hub for the city. Pompano also has Holy Mackerel, Bangin’ Banjos, and Odd Breed Wild Ales, giving the city the most breweries per capita of any city in the region.

In addition to beer, Pompano Beach is the best wreck dive destination in America that won’t involve a freezing Great Lake. Shipwreck Park boasts over 15 wrecks just offshore, including the recently sunk 324-foot Lady Luck decked out in cartoonish sculptures of sharks playing poker. If you’re not Scuba certified, you can even see the SS Copenhagen from the surface while snorkeling.

The beach in Pompano is the widest in South Florida and has just opened the swanky new Pompano Beach House, which brings a little taste of the Hamptons to North Broward. It also offers free surf lessons from time to time as the waves off the Hillsboro Inlet are usually surfable, which is unusual in this part of the state.

Pompano sits just north of Lauderdale-by-the-Sea, one of the coolest small towns in the country. High-rises aren’t allowed here, giving you the feeling of a little beach town right in the middle of a major metro.

West of Lauderdale By the Sea you can post up at the Funky Buddha brewery, a 20,000-square-foot hoppy playground that’s gained national recognition with unusual flavors like its Maple Bacon Porter and Peanut Butter and Jelly Brown Ale. Gimmicky? Sure, but this is Florida, a state that’s never been about subtlety. 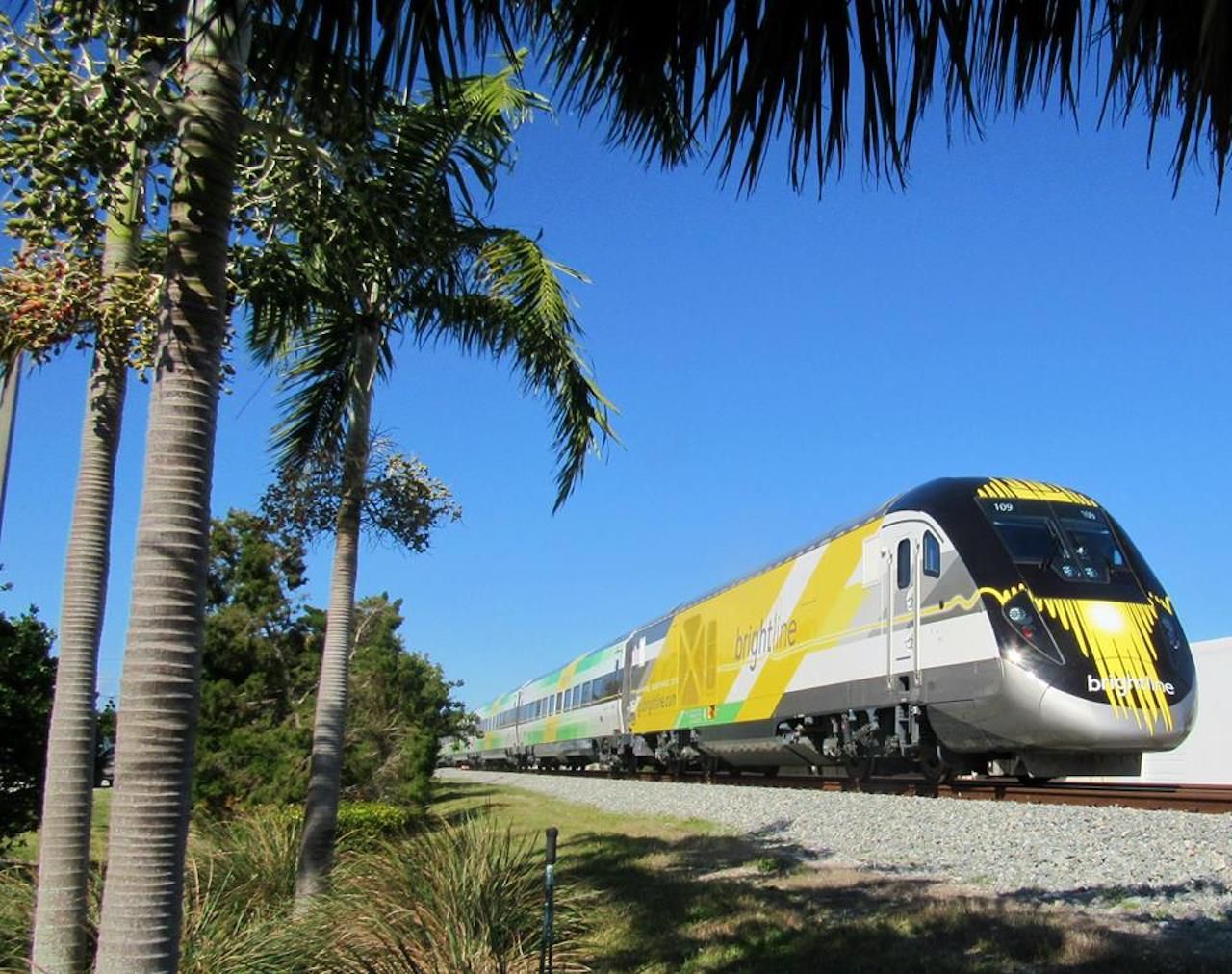 This past year, the first privately funded express train in America began service in South Florida, immediately changing how people visit the region. Brightline — which next year will change its name to Virgin Trains — has put downtown Miami within 25 minutes of Fort Lauderdale’s station and West Palm Beach only 40 minutes.

The trains are clean and fast with WiFi and bar cars. And they easily allow you to stay in Broward and duck down to Miami for a Heat game or up to the grandeur of Palm Beach. As Brightline turns South Florida into a true regional destination, Broward County’s location in the middle of Miami and West Palm Beach makes it the ideal base to explore the entire area.

So while the name Broward County might carry with it reminiscences of overzealous cops and inept elections, it is, in fact, the most dynamic destination in Florida. It’s not as overwhelming and chaotic as Miami but still maintains big-city diversity and fantastic beaches. It’s a small city striving to get bigger while living in the shadow of its famous neighbor.

And though it’s not a hipster hotbed, it’s forging its own identity away from its spring break past. Only time will tell if it becomes the city it aims to be — but for now, it’s an intriguing place to spend your Florida vacation.

Beaches and IslandsWhy Right Now Is the Best Time in History To Visit the Florida Keys
Tagged
Culture Insider Guides
What did you think of this story?
Meh
Good
Awesome