You can book the fanciest, priciest hotel you can find, but in the end, a vacation can only be as good as you make it. And that’s something to keep in mind if you want to enjoy a stay at Garden of the Gods Resort and Club in Colorado Springs, which was recently listed as Yelp’s number one United States hotel in 2022.

Garden of the Gods the resort sells itself on its view of the nearby Garden of the Gods park. And the view is indeed fantastic. Striking red rock formations can be seen from the dining areas, adults-only pool, and many of the room balconies. As with any hotel that has an incredible view, the price to enjoy that view is high. Although in this case, you can’t take any photos with a camera of said view that you’re paying for.

At a recent stay, I brought my personal, non-professional camera out to the lawn to take a few photos. Before I even raised the viewfinder to my face, a staff member shouted across the lawn that she “hates being the bearer of bad news” but no one is allowed to take photos without permission. She further explained that Garden of the Gods is private property and that’s the reason why.

I had figured taking pictures for personal use of the private property that I was paying about $800 a night to stay at (with the Colorado resident discount) would be in the clear. After all, I’d never been told that I couldn’t take personal photos at a hotel I was a paying guest at before. Thinking there was some kind of mistake, I texted the concierge desk number and got the following response: “My apologies for the miscommunication, pictures with out previous approval can only be taken with your personal cell phone.”

It seemed to escape them that the same view could be seen from our room’s balcony and that iPhone cameras now take high resolution pictures that can be blown up to the size of a billboard, but no matter. 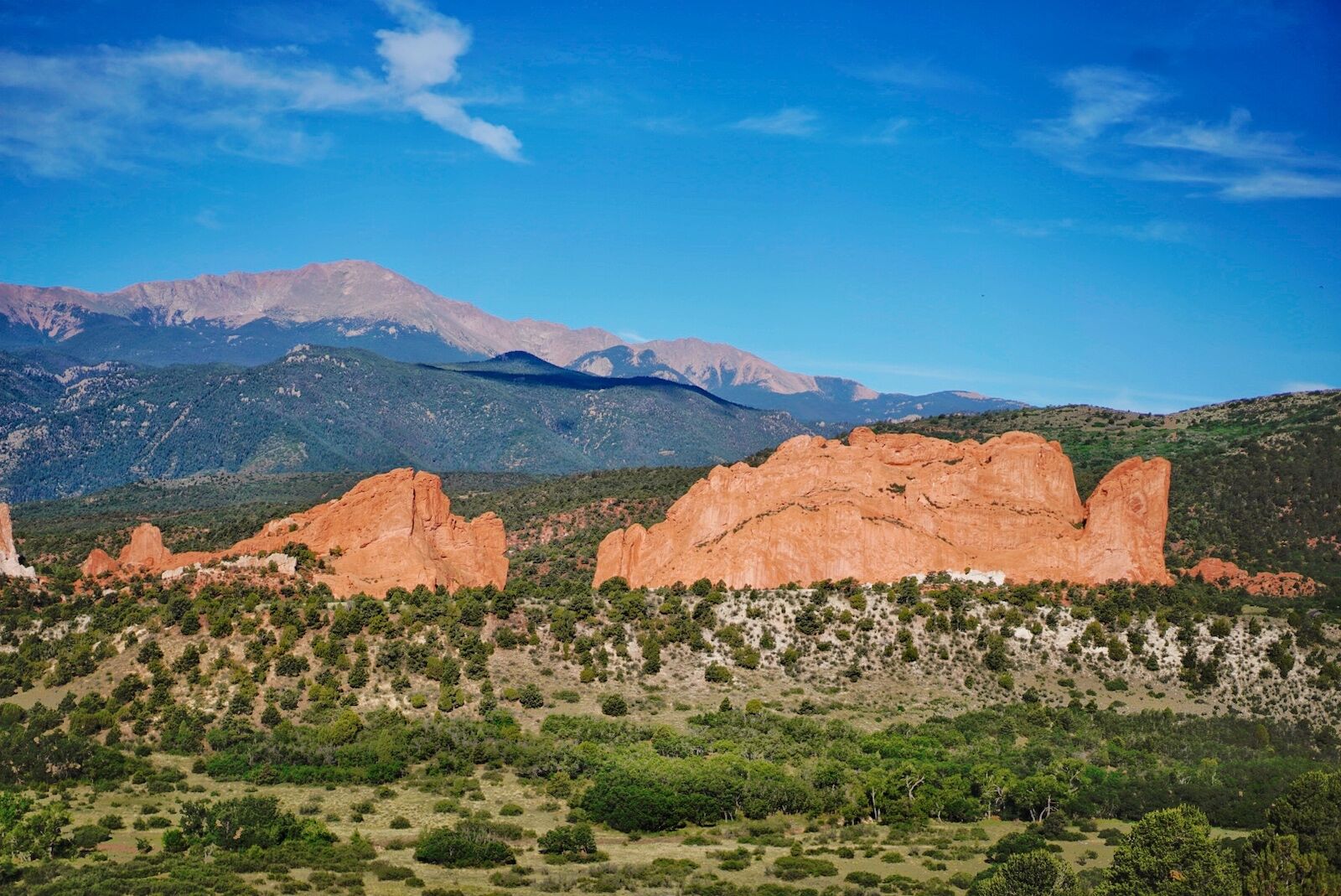 Garden of the Gods Resort rooms and amenities

I booked a Cottage room that had a five-piece bath and fireplace, but was instead put in the pricier King Club room. I didn’t complain since the King Club has the balcony views, and I figured the people at the front desk knew what they were doing. The trade-off was it lacked a bathtub and only had a small shower.

Other than the view, the room felt fancy like how a La Quinta Inn feels fancy. I was woken up at 7:30 AM on the first morning by a kid screaming (and then being loudly scolded by his parents) in the room on the other side of the paper-thin wall. The screen door to the balcony was off its hinges when I got to the room and I put it back on, but I couldn’t do anything about the handle that was broken off. The bench at the end of the bed was cracked in the middle as if one of the kids from the other room had been jumping on it, and the carpet runner in the hallway had what looked like a dog pee stain in the middle.

The hotel prides itself on being open since 1951. Unfortunately, it doesn’t seem like much has changed since then other than some dated technology like an old iPhone dock that could only fit the large charging port of the 2011 iPhone 4.

Garden of the Gods doesn’t change the sheets until after three days for sustainability reasons — something I’m all for. I put the request for service tag on the door after the first night to have the coffee and water restocked, however, as well as to have one of the wines in the self-pour machine replaced as it had been out since before we checked in. The waters were not replaced, and neither was the wine. What was left behind by the cleaning crew was a dirty yellow rag on the nightstand next to my fiancée’s pregnancy lotion.

The food and dining options at Garden of the Gods Resort

The “upscale” dining is closer to what you’d expect at a large wedding than what you’d get at a fancy restaurant. My order for a martini with Botanist gin came back as a vodka martini, and the wine that I ordered after the appetizer came out didn’t make it to the table until we were done eating the main course. Both were rung up wrong on the receipt, and in the case of the wine it was rung up for a higher priced item. And while the fried quail was tasty, the small bass filet needed a few lemons to rehydrate past the point of chalky.

We decided to try the more casual Rocks Lounge the second night. The food was again middling, but at least the drinks were done right — the benefit of sitting next to the bar I suppose. After eating, we went outside and sat next to the fire pits where we were joined by a mouse that ran out from under the seats and into the dining area.

At the pool, the food menu was short but solid. Honey Greek yogurt with watermelon will always be a hit on a hot day, and the selection of canned wine and beer got the job done.

We checked out early and went elsewhere for brunch on the last day. The unrelated Garden of the Gods Market and Cafe in town was fantastic, reasonably priced, mouse-free, and gave me a little bit of regret that we didn’t leave the property for the other meals.

All in all after the food and drinks charged to the room at the resort, it cost about $2,500 for a weekend — two round-trip flights to Paris at today’s high ticket prices, to put that into perspective. Despite the frequent text messages and emails Garden of the Gods sent me, I never received a final receipt after checking out from the front desk or over email.

Despite everything, there’s no denying that Garden of the Gods Resort and Club has incredible views. And my fiancée and I did, in fact, fully embrace that a vacation is what you make of it and we enjoyed ourselves. But is Garden of the Gods truly the number one hotel in the US as Yelp says, let alone worth a four-digit price tag for a weekend? I’d suggest heading over to Kinship Landing or another Colorado Springs hotel and getting your Garden of the Gods views on a morning trip to the park instead.

Epic StaysThis Boutique Colorado Springs Hotel Is the Perfect Home Base for a Dog-Friendly Trip
Tagged
Travel Colorado, United States
What did you think of this story?
Meh
Good
Awesome

I Stayed at Yelp’s #1 Hotel in the US. Here’s What It’s Really Like To Visit.

The Most Dangerous Hikes in the US