When I was young, countless drives with my dad started at a 7-Eleven. He’d get a pack of cigarettes, beef jerky, and, usually, a six pack, while I purposefully overfilled a cup with banana Slurpee. Some chips, candy, and maybe a hot dog were thrown into the mix as well, depending on how far we were going. Both my parents were good cooks, but that didn’t change how I felt about the food on those quick pit stops. The cobbled together gas station meal of snacks and over-processed food was nothing short of perfect.

Today, I return to a version of that diet when I’m on a road trip (and only when I’m on a road trip). The gas stations that were once a treat are still a treat. There’s still something undeniably joyful about gas station food that doesn’t get enough credit — especially in 2020, when a pandemic has morphed road trips into the preferred method of travel while simultaneously shutting down restaurants and attractions that make road trips great in the first place.

Before any judgment is passed, it’s important to note that there are two types of gas station meals: those that are rushed and simple, and the other more elaborate variety that has gained a devoted cult-like following. The latter includes places like the Guthrie’s Chicken chain in the South, Powerstop in Colorado, Wawa in the Northeast, and the many other quality gas station restaurants out there. The other type of meal is the one you make by combining a pack of local beef jerky, boiled peanuts if they have them, and a bag of whatever regional pork rinds (or cracklins, or chicharrones) are on hand. Both types of gas station meals have their time and place dependent on how long you’ve been on the road, what the traffic is like, and what your hunger level is. 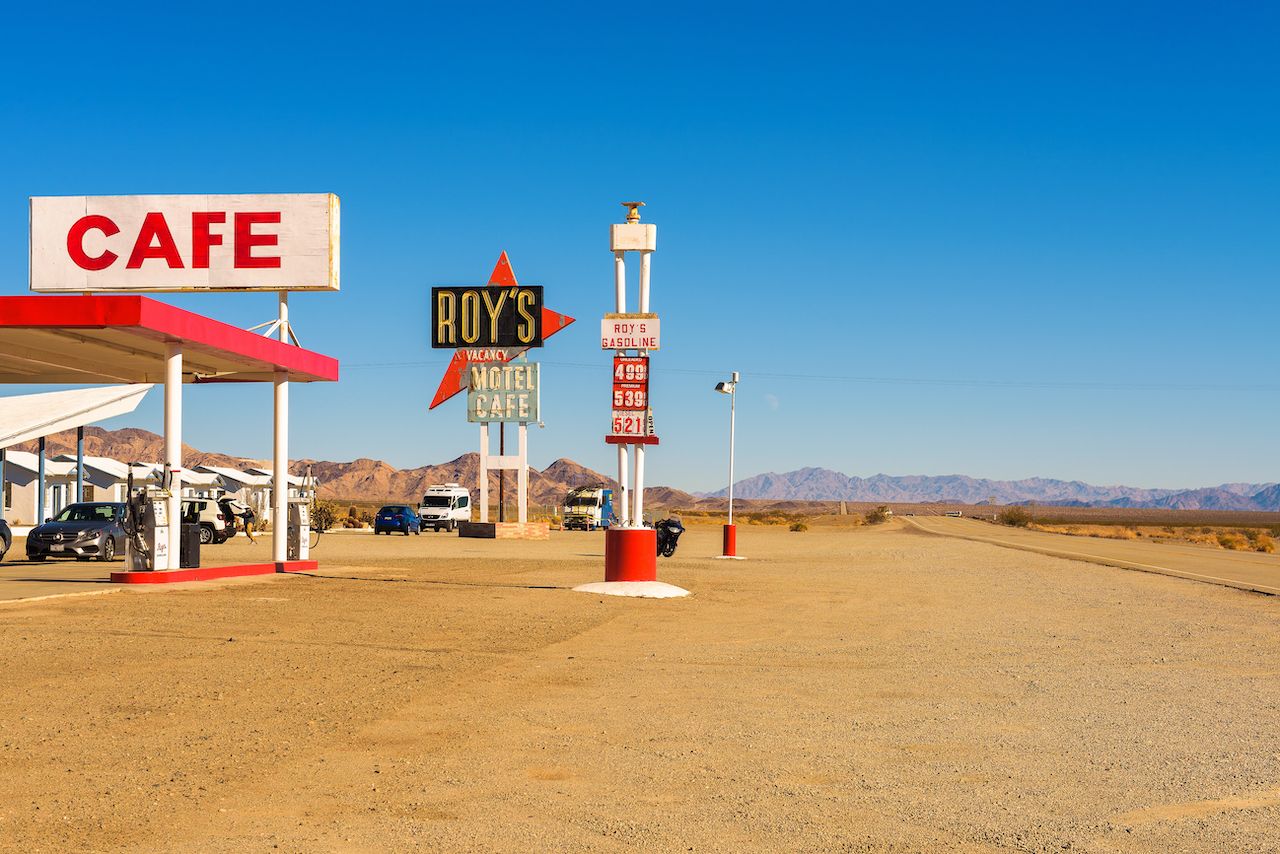 The option for food while you fill up has been around since at least the 1930s. It was originally a value add for gas station owners who also provided light entertainment options and a place to stay. In a way, the idea behind them wasn’t all that dissimilar from the roadside taverns of Europe in centuries past. People want services when they stop, and business owners want the money from said services.

Gas station food blossomed in the 1920s and ‘30s. Some of the fast-food restaurants we know and love today started as gas station road stands during this time, including Kentucky Fried Chicken and Steak ‘n Shake. Southland Ice Company opened in 1927 and turned into 7-Eleven, which is now the world’s largest convenience store chain. Even famed architect Frank Lloyd Wright was all about gas station food during these years, and he saw the gas station convenience store as a centerpiece of a utopian city. By the 1960s, gas stations and the food they dished out were a roadside mainstay across the country. The ensuing decades had some ups and downs, but by 2013, outlets like the Washington Post were calling gas stations the “next big thing” in dining.

It doesn’t have to be the “next big thing” to appreciate it. Gas stations create opportunities for new and small business owners to add their own regional twist to their stores. Noting what snacks are available at the gas station can give insight to the local culture just like grocery stores do.

At select Louisiana gas stations, you’ll find extremely well crafted boudin. There are Nepalese spots and Czech bakeries in Texas. Boiled peanuts from an Alabama gas station are not like those from Georgia or northern Florida. The chile-lime chicharrones in California and the Southwest hit differently than the barbecue cracklins in the Midwest. You never know what you’re going to get at a regional gas station chain, and not knowing what’s next is one of the main pleasures of a road trip.

I’m not suggesting people eat at gas stations every day. The combination of processed meat, packaged snacks, and frozen treats is best as a roadside meal, not a Monday through Friday routine. Though there are healthy options out there — just take the case of a guy named Frank Beard, who ate at nothing but gas stations for 30 days while maintaining a healthy lifestyle.

If you don’t want to trust that gas station hot dog, fine. But you’re missing out if you write off gas station food entirely the next time you’re on the road. Cobble together a meal (or whatever you want to call it) of your own making. You might end up pleasantly surprised, or you might end up disgusted. That’s all part of the fun.

Road TripsWhat It’s Like To Drive Cross Country During the Pandemic
Tagged
Food + Drink Road Trips
What did you think of this story?
Meh
Good
Awesome