Seasoned road trippers know that the best food often isn’t found at Michelin star restaurants or prepared by world-renowned chefs. Sometimes, the most enjoyable dining experiences take place just after 2:00 AM in your car when you’ve been driving for nine straight hours and stopped at a little burrito joint attached to a gas station.

The best of these hole-in-the-wall eateries can leave an enduring impression on travelers because the food is hearty, affordable, and prepared by people who know what they’re doing. Once you’ve tasted Guthrie’s famous gas station fried chicken in Alabama, or pork chops from the Woah Nellie Deli at a Texas Mobile station, you’ll think twice about ever paying for those “fine dining” portions again. For some truly eye-opening, and mouth-watering, dining experiences, you need to try these delicious gas station meals from across the country. 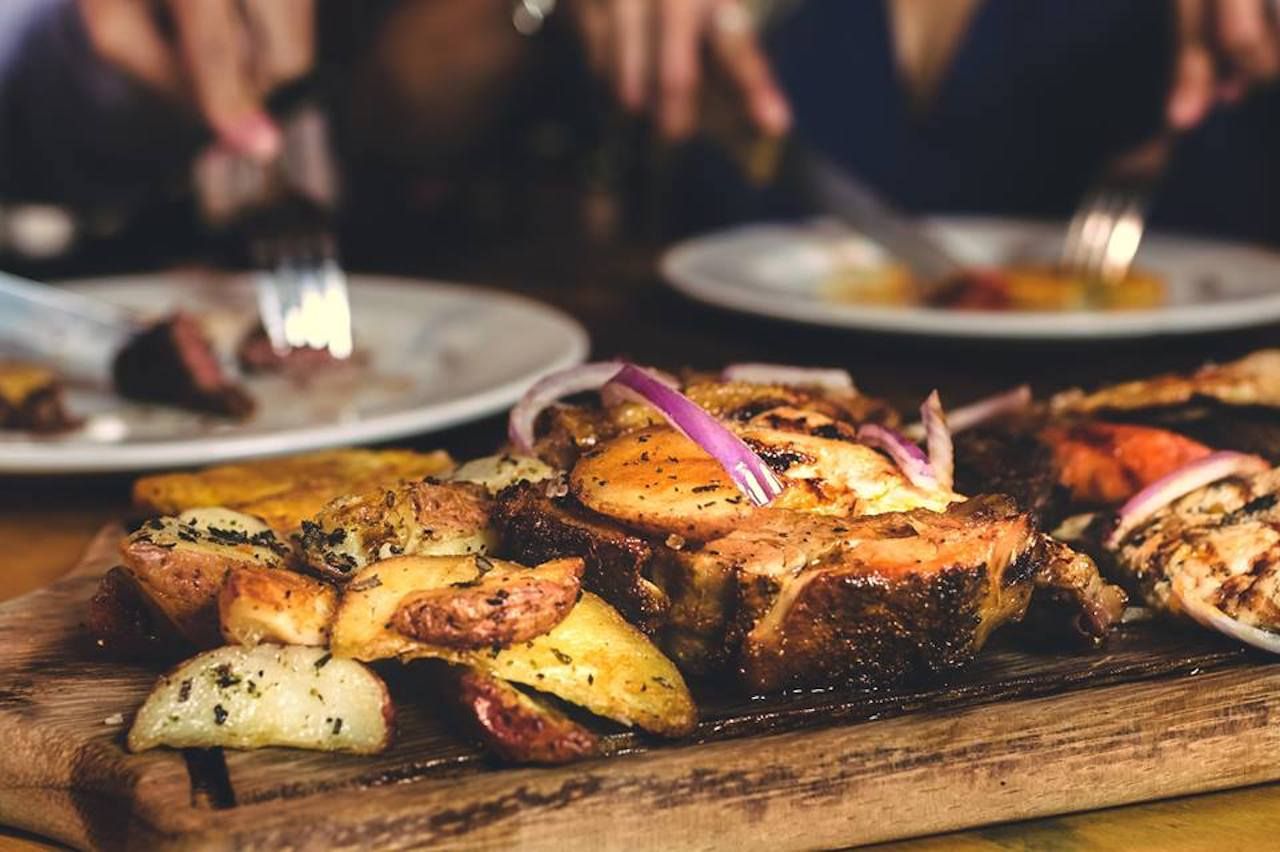 Miami is full of destination restaurants, but you don’t have to go into the city to get a memorable meal. You just have to stop at the Mobil station on 17th Ave and US1. This family-owned spot has been around for two generations, and it’s easy to see why. The Spanish tapas are local legend, and the sardines, bacalhau fritters, paella, and wine will make you completely forget you’re inside a gas station. El Carajo’s wine selection alone has made it one of the best-kept secrets in Miami. It’s the type of place that’ll make you a believer in the concept that you can’t judge a place by its humble exterior.

There’s no shortage of solid fried chicken spots in the US. Fried chicken is a staple of the South though with so many options it can be tough to know exactly where to stop. Since 1965, Guthrie’s Chicken has served the city of Auburn with its famous, golden-fried chicken fingers. As the place has grown in popularity, it’s expanded to locations all across Alabama, though the spot on East Glenn Ave attached to the gas station is a favorite — particularly among the city’s college crowd. Get a plate with chicken, fries, a slice of white bread, a Coke, and Guthrie’s sauce. Ask for extra sauce, always.

“Guthrie’s was my guilty pleasure all through college,” Matador Network editor (and Auburn grad) Nick Hines says. “There are other Guthrie’s locations in Auburn, but the one attached to the gas station is by far the best. I’d prefer not to admit how many times I needed gas and decided to get it at that station in particular just so I could grab some chicken as well. It doesn’t matter whether you eat it inside or in shame in your car — just eat it fast while it’s hot.” 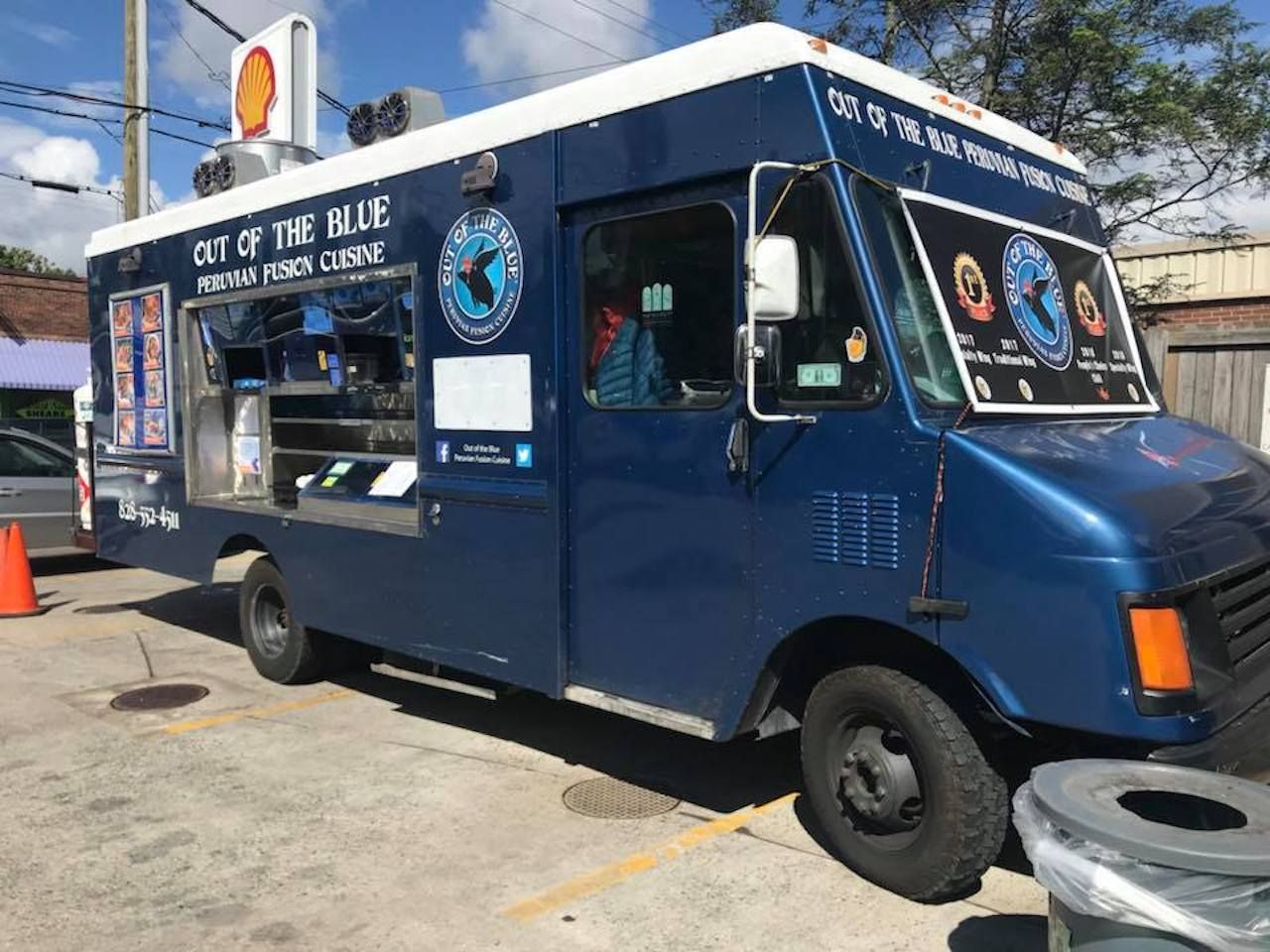 Asheville is a must-visit on any road trip through the South, and if you’re going to stop there to fuel up, you might as well grab a bite too. The Brew Pump is a gas station mixed with a food truck pavilion, which features a different food truck each day. From Chinese to BBQ, there’s a wide and rotating variety of foods in the gas station. A backyard area has picnic benches, Adirondack chairs, a cornhole lawn game, and locals with their dog. Added bonus: It’s also a beer bar where you can get pints from the city’s many famous breweries. 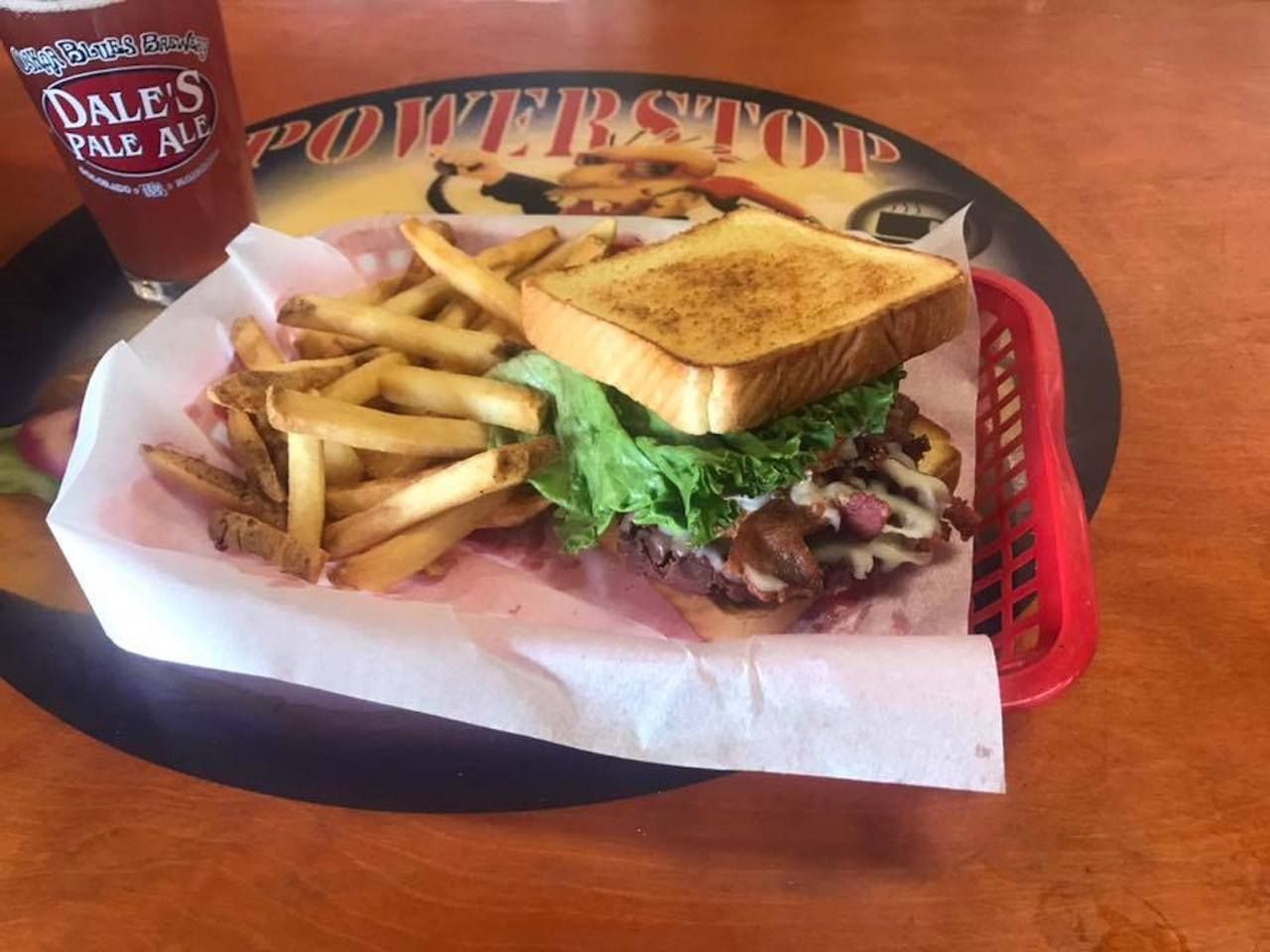 About three and a half hours southwest of Denver, the town of Gunnison is nestled in the Rocky Mountains and considered to be the “base camp” of the Rockies, making it the perfect place from which to explore the range. It’s also home to The Powerstop. Located on North Main Street, The Powerstop bills itself as the “coolest gas station restaurant ever,” and that’s not much of an exaggeration. The same guy who sells your gas will also take your food order. The place has won several awards for its burgers — the perfect, hearty meal before hitting the road — but it’s also known for its delicious Denver staple, the breakfast burrito. Breakfast is served all day at The Powerstop, and that means a wide range of egg- and meat-stuffed burritos.

“In a state where breakfast burritos are serious business, The Powerstop is a beacon call to the mountains of central Colorado,” Denver native and Matador Network editor Tim Wenger says. “The fact that you can down a quick beer and burrito while the driver gasses up the car makes it that much more epic.” 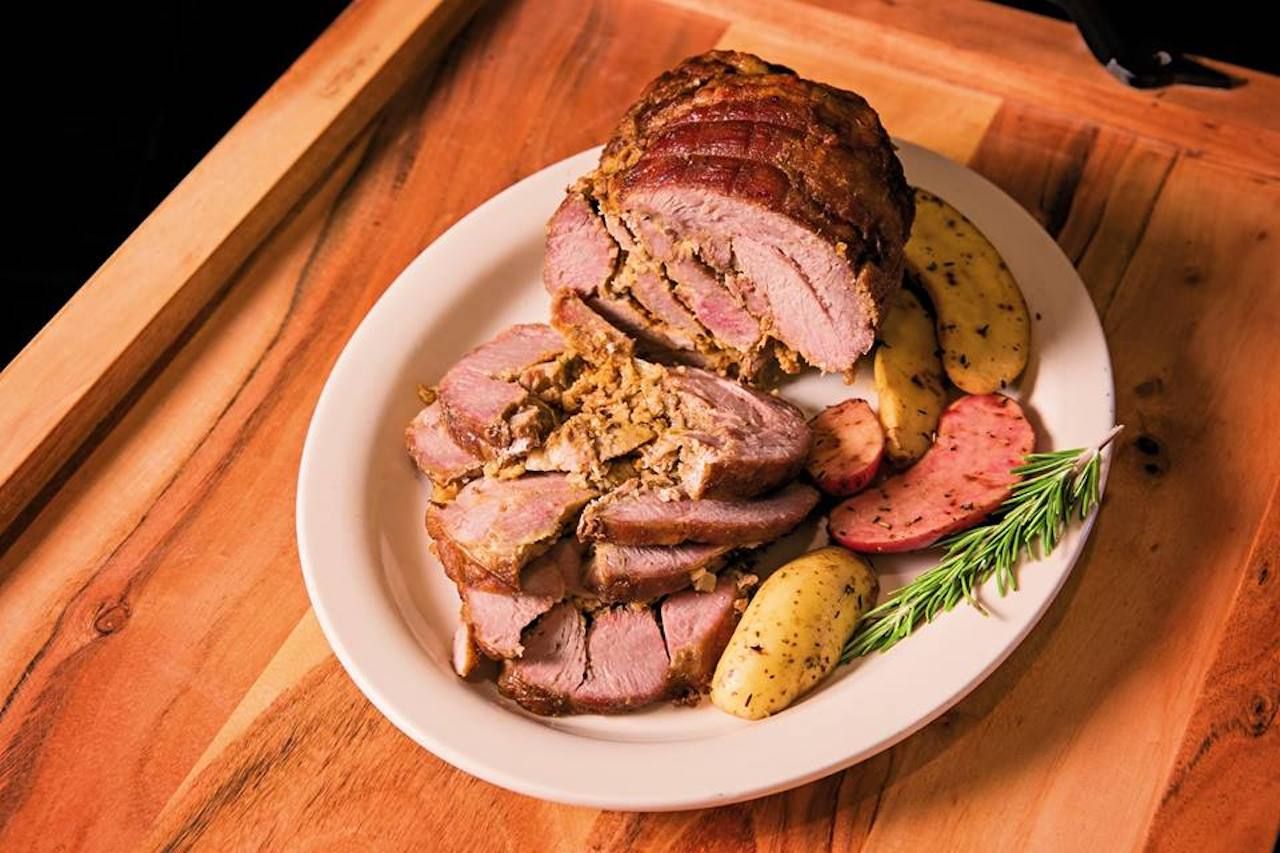 Conventional wisdom might say that it’s best to avoid buying pork at a gas station, but that rule goes out the window at Billeaud’s Meat and Grocery. Attached to a Shell station in Broussard, Louisiana, this restaurant and grocery store has been filling locals’ stomachs with classic Cajun food for decades. When the modern building was constructed in 1959, the owners started selling convenience store items, butcher cut meat, and liquor. The place is particularly known for its boudin sausage and pork cracklins — cube-sized pieces of crisp, cut-up pork belly. The food has proven so popular that Billeaud’s has expanded to three locations, but the original can be found at 111 East Main Street in Broussard. 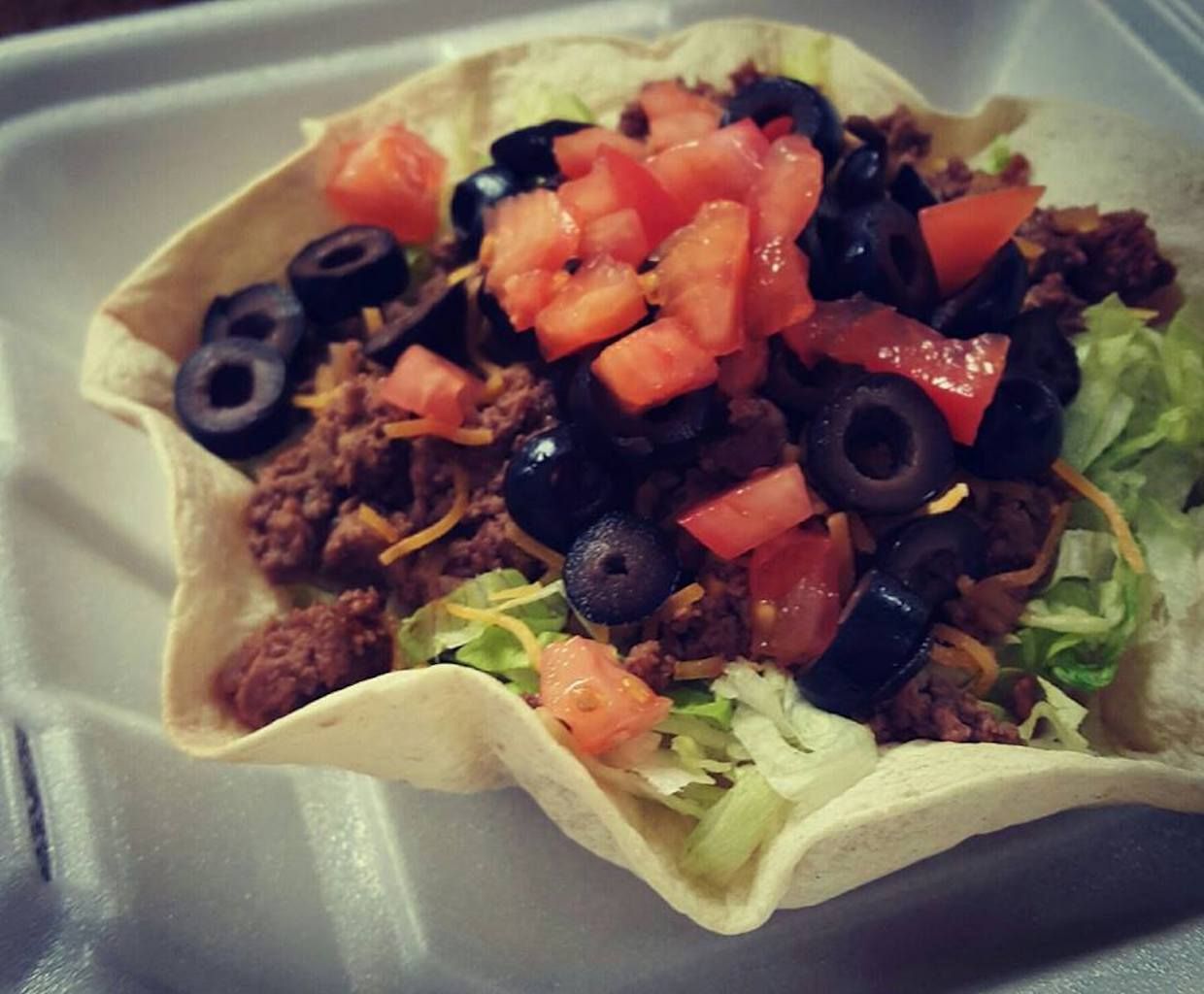 Visitors to Yosemite are there to see Yosemite Falls, Glacier Point, and El Capitan, but now you might go there just for this gas station. The Mobil station just past the park’s eastern entrance at the corner of highways 395 and 120 isn’t just a place to refuel before exploring the park’s natural wonders. It’s also home to the Whoa Nellie Deli. The deli has some of the best fish tacos around and great views of Mono Lake and the Dana Plateau while you’re filling up the tank. The deli has it all, from wild buffalo meatloaf to pizza to fish tacos, so you’ll surely find something to satisfy your appetite. And no, you won’t have to eat in your car. The Mobil has picnic tables where you can relax, enjoy your meal, and take in the view. 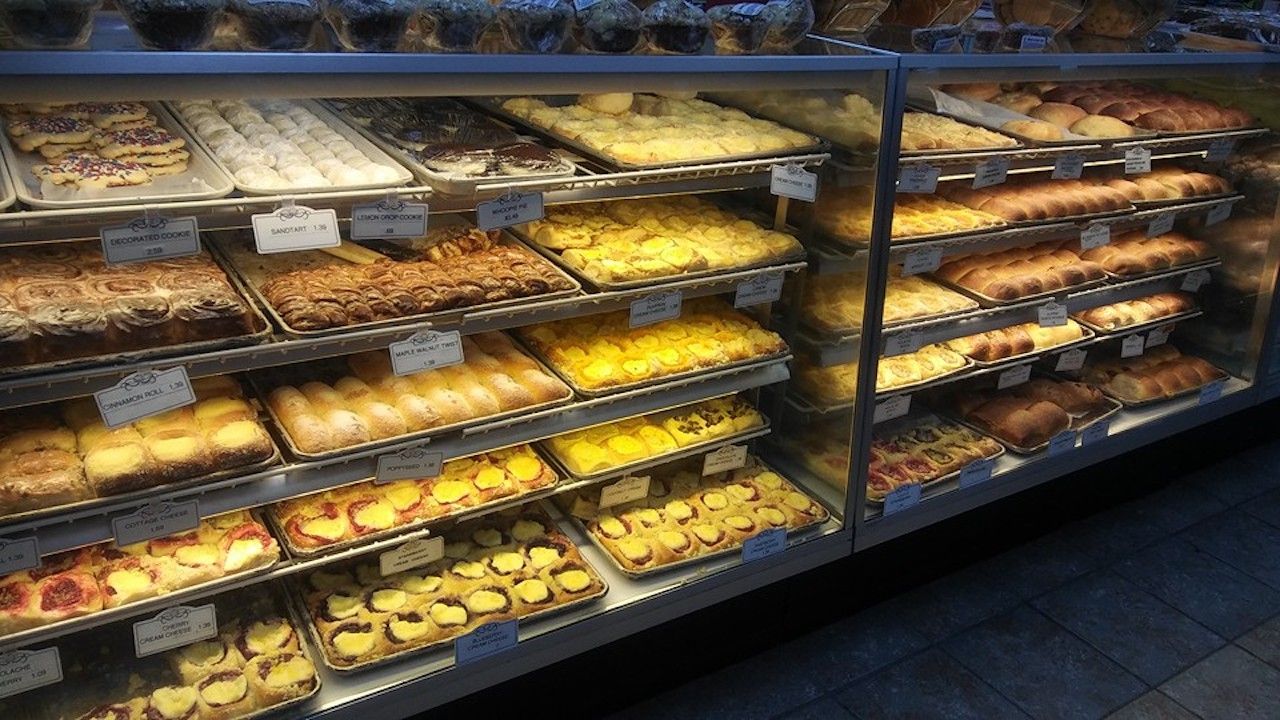 Czech food isn’t exactly synonymous with Texas, but after experiencing this pit stop, you’ll be recommending kolaches — a puffy pastry filled with fruit or cheese — to anyone passing through the Lone Star State. Texas actually has the largest number of ethnic Czechs in the country, and that heritage shows. Czech Stop in West, Texas, is certainly doing its part to carry on the Czech tradition. Located on I-35, Czech Stop is inside a Shell station and serves some of the best kolaches around. Also on the menu are breakfast sausages, fruit pies, and other sweets.