Native Nashvillians often look at their city’s surge in growth, population, and popularity with a smirk and a side-eye. The bachelorette parties on Music Row, the parts of town that would never make a list of favorite neighborhoods, the dedicated sports fans — these and many other things didn’t exist a mere 15 years ago.

Another thing that Nashville wasn’t known for: its food. Food was the specialty of Memphis, Nashville’s sister city to the west. Named after a city on Egypt’s Nile River delta, Memphis has the state’s highest Black population at almost 65 percent, which adds to it being cemented on the barbecue and soul food map.

Yet while Memphis may be considered the hub of Tennessee’s connection to food, music, and civil rights legacy, Nashville also has notable ties to politics and music — plus the city’s Black food history runs deep.

Nashville is the capital of Tennessee and home to two prominent HBCUs. Food culture has always been an important part of the city’s connection to its Black residents. Civil rights leaders and politicians past and present have gathered around the tables of many of the city’s Black-owned restaurants since the early ‘50s.

With a plethora of restaurants that show both Nashville’s history and its bright future, visitors to the city should check out these spots to see how Nashville has more on its plate than hot chicken.

Family-owned and operated for over 60 years, Swett’s has long been a major artery of Nashville food, and you get a peek into the city’s Black history walking through the doors. Swett’s has always had a diverse clientele, even when it opened in 1954. Known as a gathering place for not only locals, political leaders, college students, and celebs, but also travelers looking for real soul food from real Southerners, this cafeteria-style eatery is the spot.

Without frills or anything fancy, Swett’s takes a step back to a time when restaurants focused on the food and feeding their customers in a friendly and efficient manner. Thank yous and welcome backs are as plentiful as the food on display. While the decor is simple, Swett’s serves up some of the best mac and cheese, fried chicken, and peach cobbler you’ll have outside of somebody’s grandma’s kitchen. Pulled pork (a Tennessee favorite), beef tips, and country fried steak make Swett’s a must-visit pit stop anytime Nashville is on the itinerary. Vegetarians will swoon over the turnip greens, squash casserole, pinto beans, and yams — just a few of the “sides” that can turn into an entree. If you find yourself in Nashville, get familiar with the Southern “meat and three” dining tradition at Swett’s. 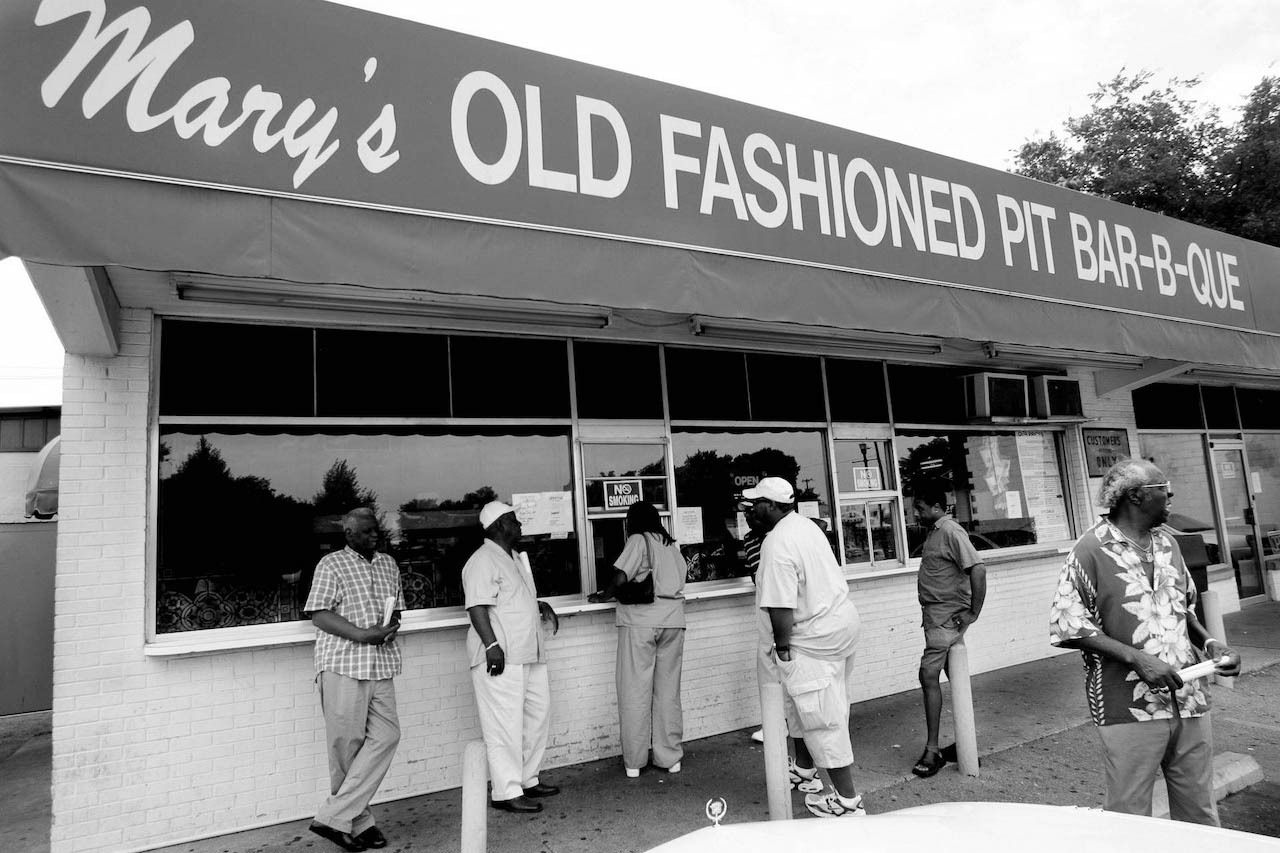 Located on Jefferson Street, the historic and beloved Black business district, Mary’s Old Fashioned Pit BBQ is a throwback to the lunch counter days. At Mary’s, you won’t find a large menu or a ton of different sauces, but you will find some of Nashville’s best food since 1962.

Many people confuse simple with basic, and good barbecue can be taken for granted when it’s treated simply. But Mary’s basics are exactly what barbeque is supposed to be. Hot sauce and coleslaw on pulled pork is the star of the show here. Rib tips, rib sandwiches, and cornbread fight for the leading role, though. Chicken and fried fish on white bread are also go-to inexpensive lunch options, but locals will rave about the smoked pork on cornbread pancakes.

While Nashville isn’t as known for its barbecue as Memphis, Mary’s has been, and will continue to be, a Nashville staple for decades to come.

While Nashville is now known as the home of hot chicken, locals know the power of a good fish sandwich. Ed’s Fish House has been a Nashville staple since the early 70s and is still run by its namesake. The signature fish sandwich has become a secret that native Nashvillians would like to keep. Ed’s combination of whiting fish, pickles, American cheese, mustard, and hot sauce was not built for a fussy palate, but it appeals to those who know and love downhome comfort food. Adapting to the food truck trend, Ed now hosts his famous menu on wheels. Wings and catfish are also available, but Ed is the father of the Whiting Fish Sandwich, and this is exactly what you need to be eating when you visit his truck. Local college students flock to this inexpensive, but undeniably delicious, food and return to Ed’s during reunions and homecomings year after year. 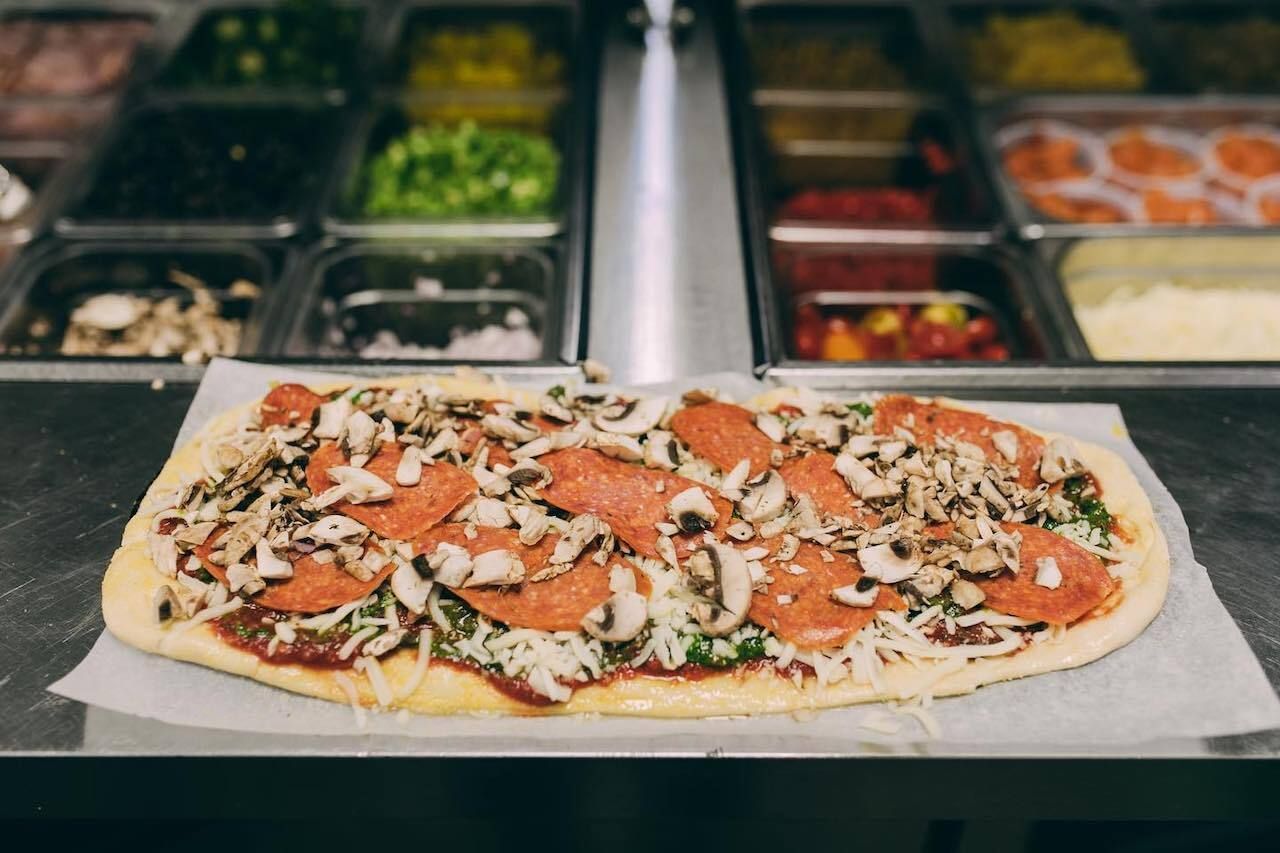 Slim & Husky’s has quickly become a Nashville favorite due to its use of local vendors and selection of regional craft beers. The founders being Nashville natives — as well as graduates of Nashville’s Tennessee State University — is a key part of Slim & Husky’s success. The founders know the landscape of the city and are tapping into a food scene that has been overrun by non-locals taking advantage of Nashville’s growing tourism numbers. Slim & Husky’s dedication to the city puts Nashville in contention with some of the best pizza in the country. With pizzas such as “Got 5 On It,” “The Smokin Herb,” and the vegan-friendly “Nothin But A V Thang,” this restaurant gives everyone’s favorite food a very cool update.

Where: Multiple locations in the Nashville area, as well as Memphis, Atlanta, and Sacramento

The name of the spot stands for Educated Gifted Melanated Creatives, and it’s reflective of the group’s collective personas.

“We take great pride in introducing a new, contemporary culinary concept to North Nashville, particularly along historic Jefferson Street, in the midst of not only a global pandemic, but also the community’s regentrification surge,” Gray says. “Through EG & MC, our goal is to offer guests a memorable experience while continuing our mission to pour back into the city’s urban core.”

EG & MC features Southern-inspired small plates such as a smoked meats and cabbage dish, which gives guests a choice between smoked short ribs, pork tenderloin, or turkey sausage alongside braised cabbage. Keeping with the Southern theme, other menu items include buttered hot water cornbread, a Nashville homecook favorite, accompanied by blackberry jam. A few signature cocktails include the classic, Southern Hospitality, as well as, The Gift + The Curse, a tasty blend of green apple juice and peanut butter washed rum. 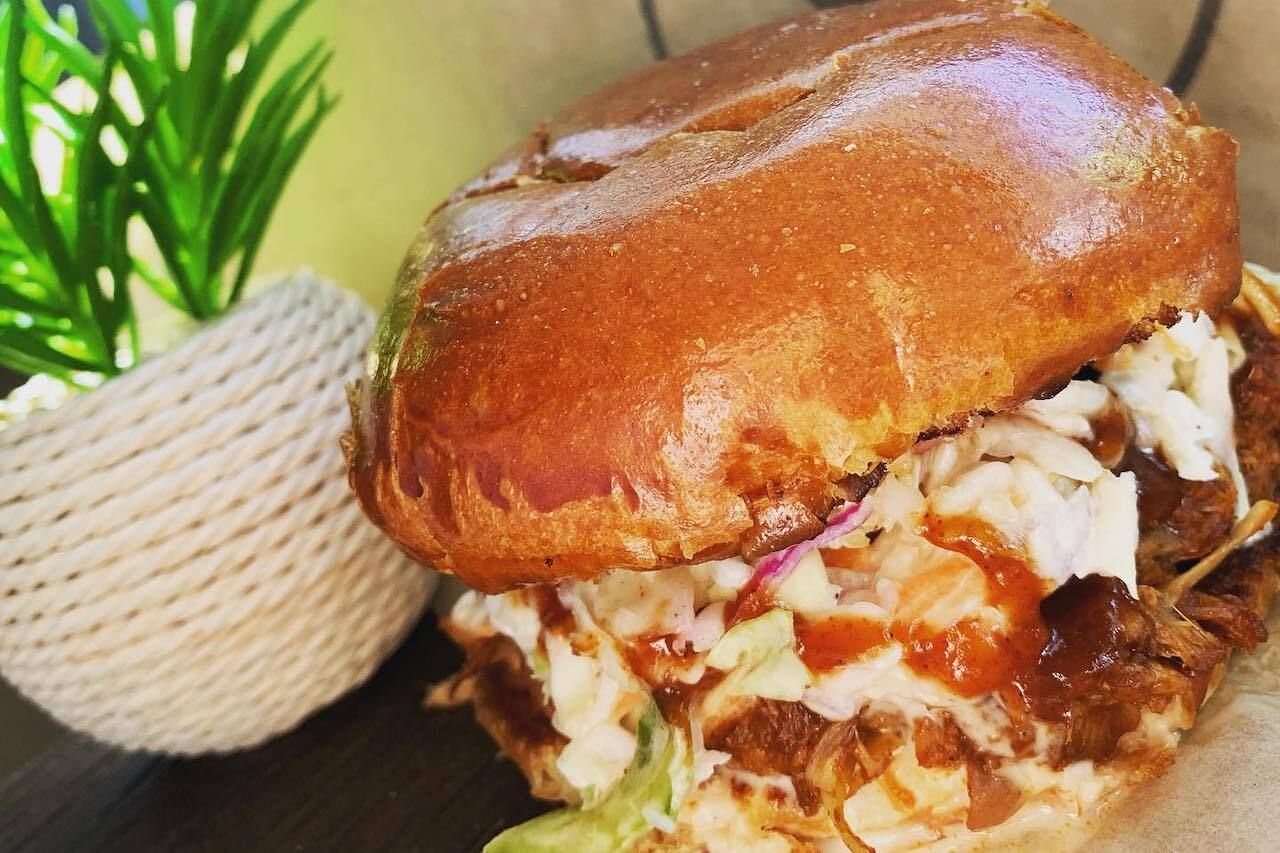 While not widely publicized, there’s a growing Black Southern vegan population, as well as more people who have decided not to center every meal around meat. The Southern V is a family-owned and operated vegan and plant-based restaurant in the Buchanan Street Business District.

The restaurant is a huge hit with locals. It’s also great for visitors who follow a plant-based diet and often struggle when it comes to dining options in Southern destinations. Menu items include things such as the potato-based Meet Loaf, Loaded BBQ Jackfruit Nachos, Vegan Patty Melts, a number of vegan burgers and sandwiches, and breakfast items such as Chick’n and Waffles, Snausage Biscuit, and a delicious Veggie Scramble. A fan favorite is the Hot Chik’n Sandwich, which is a vegan version of Nashville’s famous hot chicken that allows vegan guests to enjoy a plant-based version of the city’s signature food.

Located in the historic art district in North Nashville, this open-air lounge is a throwback to the ‘40s.

Minerva Avenue brings high-end mixology and yummy bites to a fabled, old neighborhood, and it gives a vintage speakeasy vibe with moody music and great conversation to a once forgotten area of Nashville. It’s a perfect spot for the weekday after-work crowd that may enjoy an end-of-day cigar, and Minerva also mixes up classic cocktail recipes to appeal to younger customers.

Locally loved, visitors to Nashville will find Minerva Avenue feels comfortable and much like home. The cocktails are why you come, though there’s also a small menu of mostly appetizers. Cocktails such as the ginny French 75, the Champagne-based Hangover, and a full shots menu are the perfect way to wind down under a Nashville sunset.