The story of our country’s best roadside motel chain started with a legend. A man, herding sheep in rural 1890s Wyoming, found himself caught in a January blizzard unable to make his way back home. The wind howled and the snow fell in sheets as he shivered and struggled to find a place to dig in for the night.

These were the days before I-80 tore its way across the southern part of the state, with no cars whizzing in the distance to serve as a wayfinder and no sheriff on patrol in the area in whom he might have found a savior. The man spent the night in the freezing January storm dreaming of a warm fire and birthing in his mind an idea that would leave an indelible mark on American hospitality.

An oasis in the middle of nowhere. 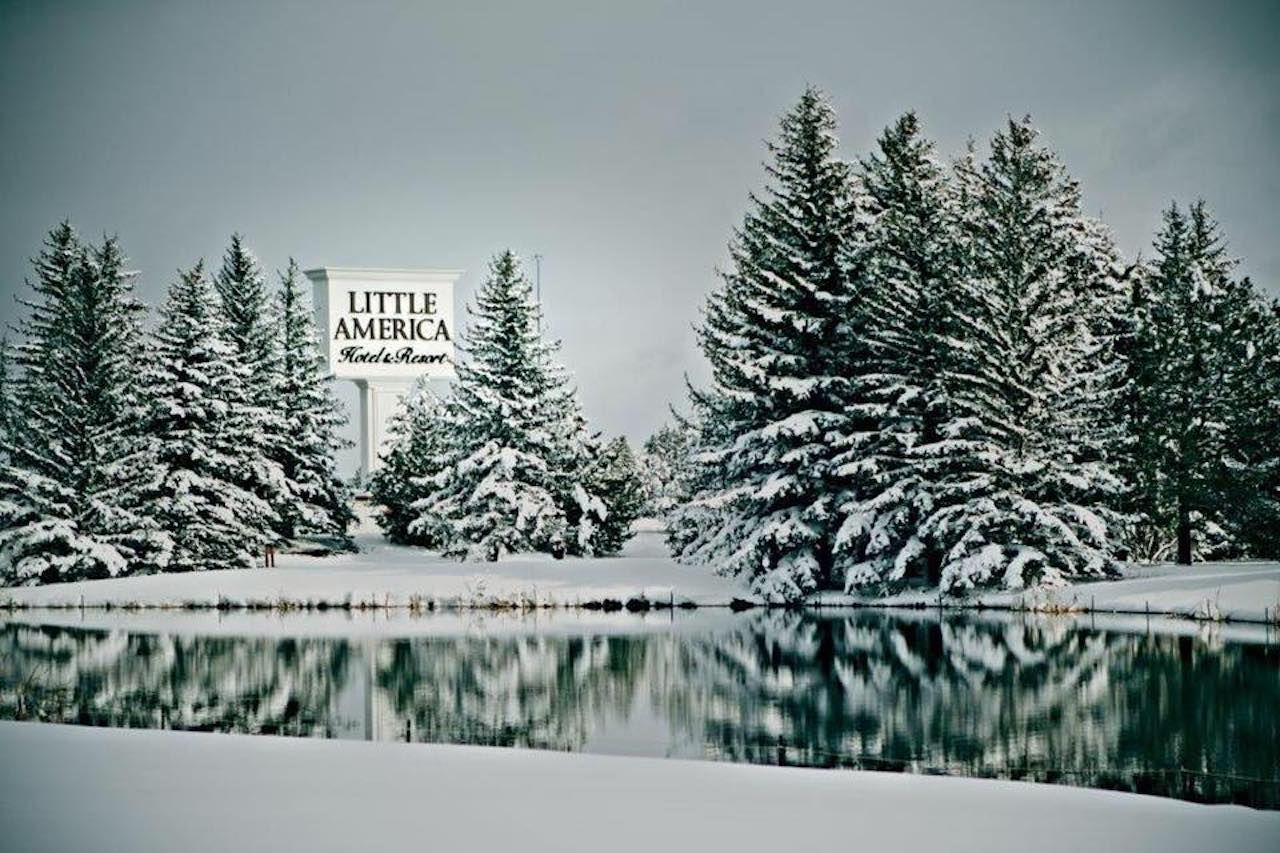 Little America was born 40 years later in 1934 with the original location sitting right on the spot in western Wyoming where its founder survived that brutal night in the cold. The name is taken from Admiral Richard Byrd’s 1929 base camp in Antarctica, a place that founder Earl Holding had at the top of his mind as he spent a night shivering in the Wyoming winter.

Today, that same spot just off I-80 in Sweetwater County is the site of the original Little America Wyoming hotel, now actually a Census Designated Place with a listed population of 68. The spacious lobby boasts rustic decor and a staff that doesn’t appear to have anything going on beyond making sure that those pulling off the highway onto their property have a great experience, so you can count on close service.

It’s luxurious seclusion at its absolute finest and a concept that has proved popular enough that locations have since opened in Salt Lake City, Utah, Cheyenne, and the outskirts of Flagstaff, Arizona. There’s even an entire family of associated hotels and resorts across the western United States.

Since you’re essentially on the side of an interstate in the middle of nowhere, the hotel wants you to be entertained, and they’ve gone to extreme lengths to deck out every part of the property. You’ll find a business center, gym, and hearty gift shop onsite here and in each location. In most chain motels, these are standard amenities and nothing worth writing home about, but again — this is luxury in the woods. Expect a gym stacked with most of the machines you’d find at your local fitness center and attire worthy of a fine cocktail party available in the shop. In the morning, you can fill up your tank and grab snacks for the road at the onsite convenience store. There’s even a mechanic shop in case you’re having car troubles.

You can lounge over a high-end cocktail in the pub. 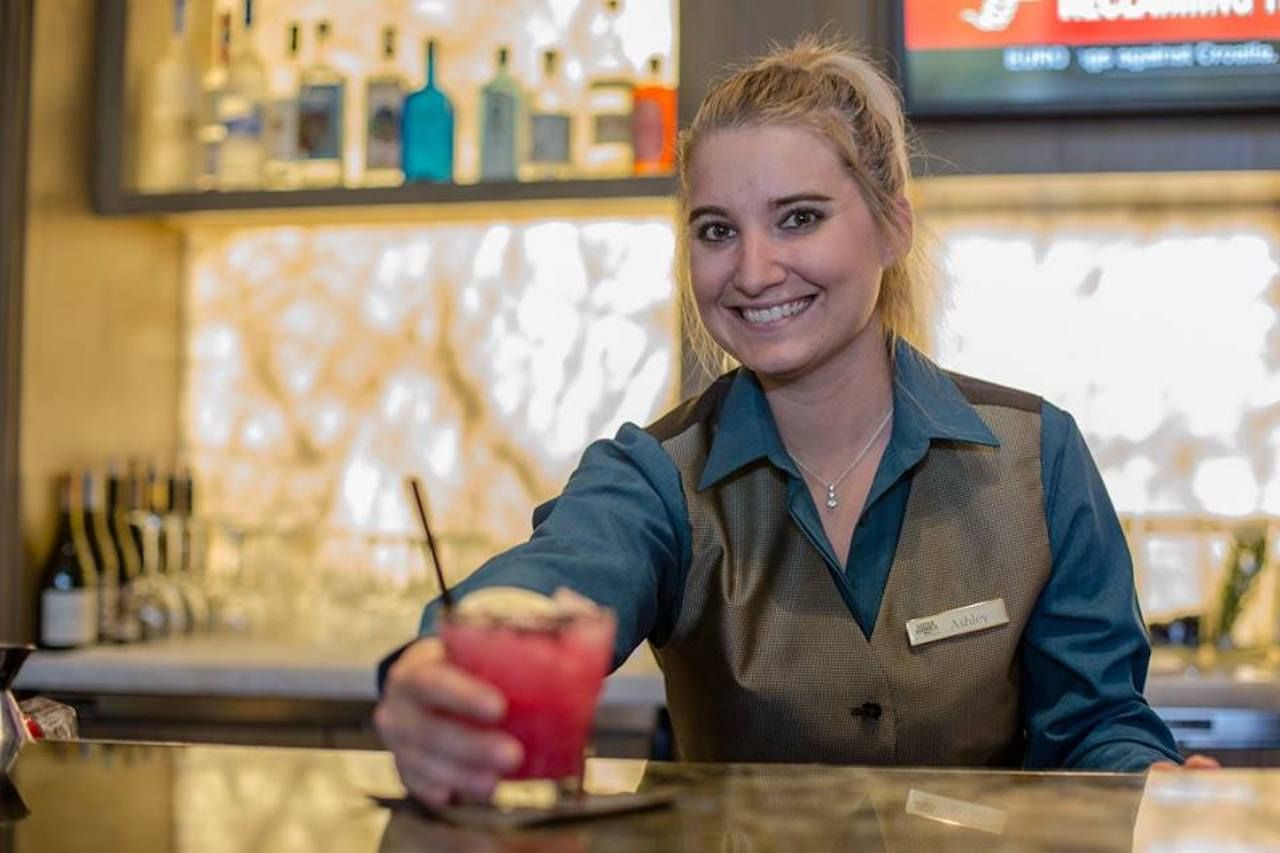 As part of the whole ‘travel center’ thing, each Little America hotel has on-site dining and a pub in which to relax over a cocktail after a long day on the road. Sitting in the restaurant or bar in any of them will make you feel like you’re the guest of honor at a cocktail party in an old western movie, surrounded by antique furniture and decor — and probably sitting underneath a pair of deer antlers hung on the wall.

The house specialty is slow-roasted prime rib, available Friday and Saturday evenings after 5:00 PM, and daily menu items include standards like the Little America Burger and chicken wings. They’ve also got options like ribeye, wild prawns, and mahi-mahi tacos. The breakfast menu features omelets, benedicts, and Belgian waffles. It’s a far cry from another continental breakfast or truck stop burrito that’s spent the afternoon frying under a heat lamp.

And get out into nature. 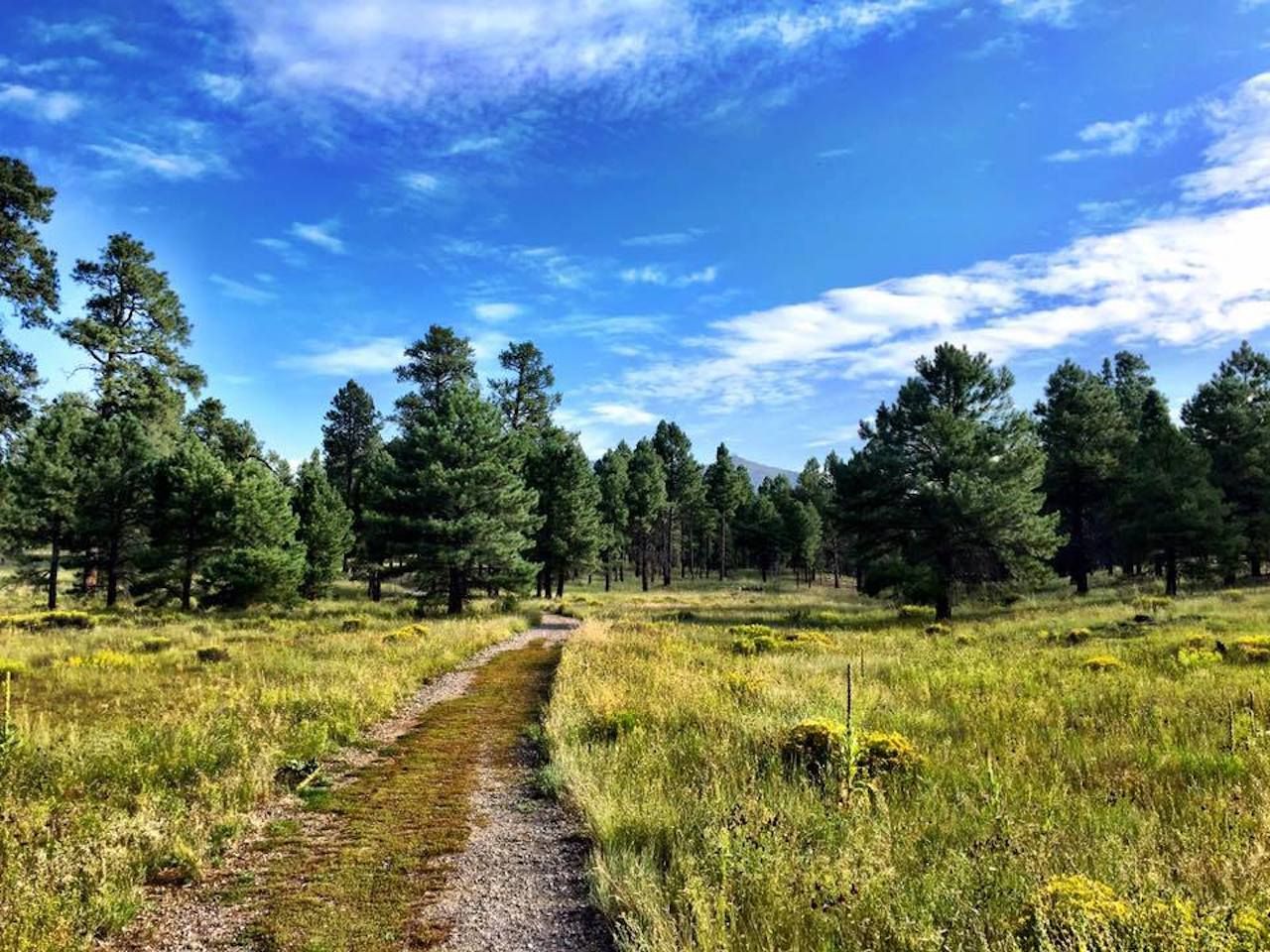 In Cheyenne, you can play nine holes of golf on site. In Flagstaff, walk out of your room onto the trail system that winds its way around and beyond the backside of the property, beginning in the 500-acre private forest. Little America is also one of the best places to stay after exploring national parks and monuments.

The properties are a haven for the entire family. 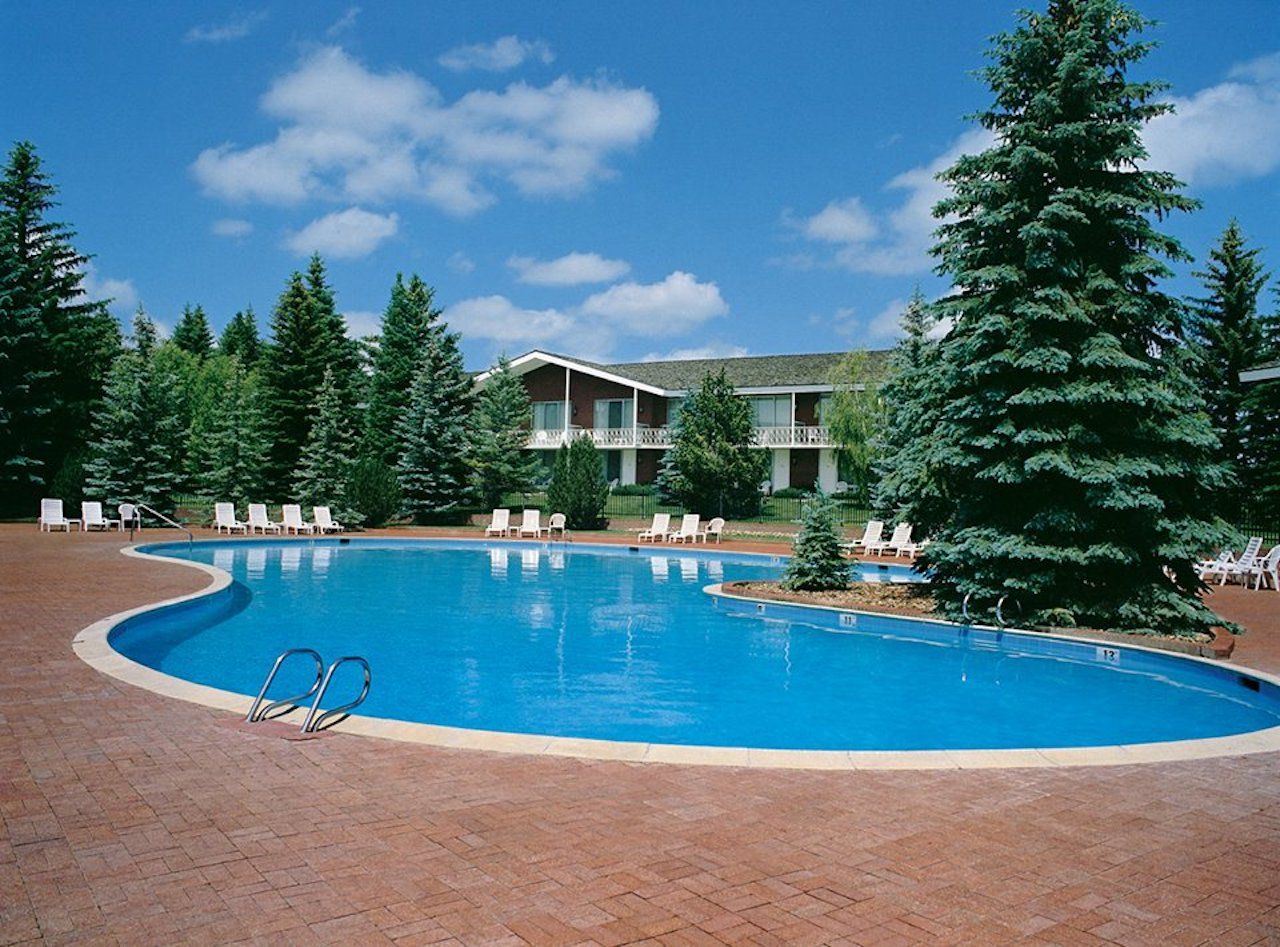 Picture your dream playground as a kid: a large playset, some swings and a few slides, maybe a gravel pit or somewhere else to do some digging. Put that in a hotel, add volleyball, swimming pools, and a hot tub — and you have Little America. The running theme seems to be the more isolated the hotel, the more prevalent the opportunities for shenanigans. Lightly forested space for an epic game of hide and seek or tag is aplenty in both the Wyoming and northern Arizona locations. Your kids will be worn out and ready to crash by the time the sun goes down.

The Flagstaff location hosts an annual North Pole Experience each winter. Rooms are decked out in seasonal attire, and kids can ride the trolley to visit Santa and crew at the North Pole, which, considering you’re in Arizona, looks pretty darn convincing. This year’s season runs from November 16 to December 28.