When you think about Mexico, you probably think about tequila. But you should really be thinking about beer. Mexico exports more beer than any country in the world, and it sends out more than twice as much as the second largest beer exporter, the Netherlands. Most of Mexico’s beer is from the large conglomerates you know like Corona and Tecate, but the capital, Mexico City, has a rising craft beer scene that’s worth paying attention to.

If the idea of taking nothing but tequila shots sounds like a great way to forget you even went to Mexico City, relax with a cerveza instead with this ultimate guide to every brewery in Mexico City. 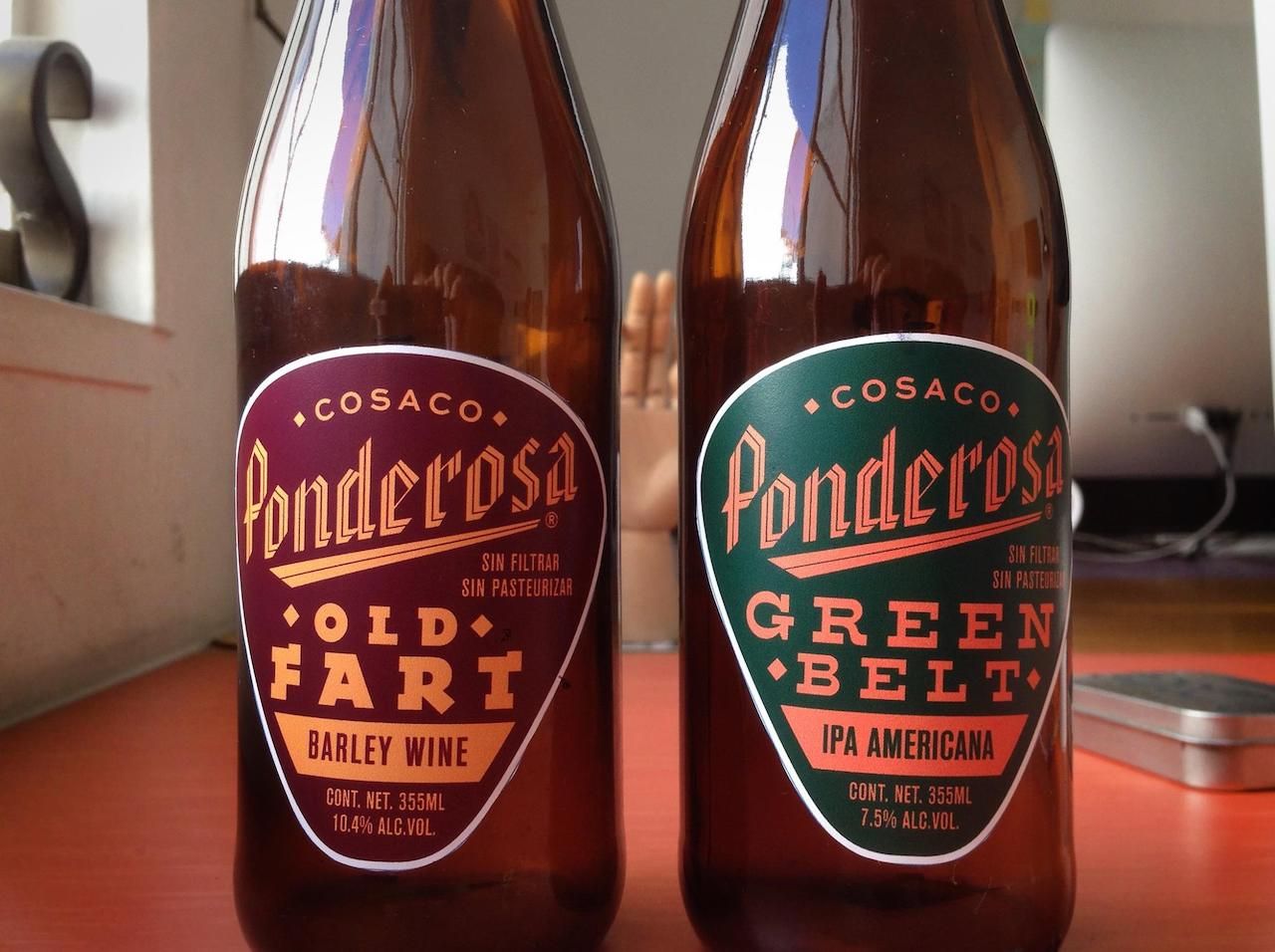 Cerveza Cosaco is regarded as the father of craft beer in Mexico. Founded by Gustavo González in 2000, Cerveza Cosaco brews ales without any added preservatives, dyes, or artificial flavors. You can’t visit the brewery, but the beer is widely available in locations across Mexico City. Try the Cosaco red, black, or light ales, or sample the Ponderosa line of bottled beers with barley wine, an IPA, saisons, and more. 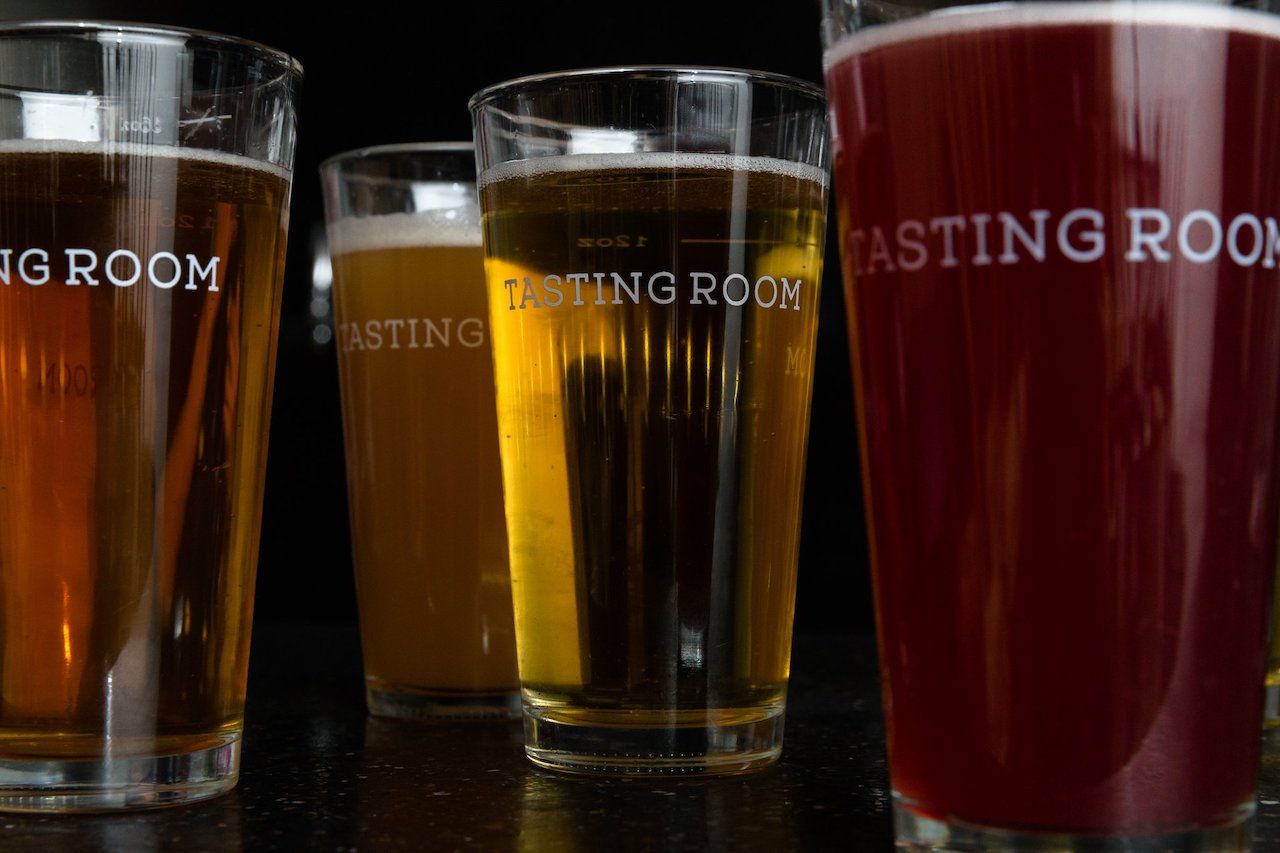 The Tasting Room is a bar with an ever-changing tap list of over 20 Mexican craft beers and international imports, but it also brews its own house beer under the name Casa Cervecera Morena. There’s no need to choose between the IPA, pale ale, farmhouse ale, or oatmeal stout because the option to order flights means you can sample all four house beers at once. The bar is a popular spot in the vibrant Roma neighborhood, and the quiet music and multilingual buzz of conversation always set a pleasant soundtrack for the night.

Escollo is a small craft brewery from humble beginnings. It started in a basement with the capacity to make only half a barrel per batch and grew from there. Smudged menus display an eclectic mix of bottles and drafts in this dive bar, but the house-brewed beer reigns supreme. Try the Escollo porter or blonde ale on tap when you visit. Starting at only 60 Mexican pesos (around $3) for a pint, Escollo is the most budget-friendly craft brewery on this list.

Taller de Cerveza la Graciela is the first microbrewery restaurant in Mexico City, and stands out for its pub food as well as the beer. If you get there early enough, you may even be able to grab one of the coveted outdoor picnic tables before it fills up for the night. While you eat, take a peek at the brewing system behind a glass window and try the rotating taps of seasonal beers like the Mint Stout in the winter or the Poison Apple in the fall. Keep an eye on the brewery’s Facebook page as well to catch regular tap takeovers with other Mexico City microbreweries. 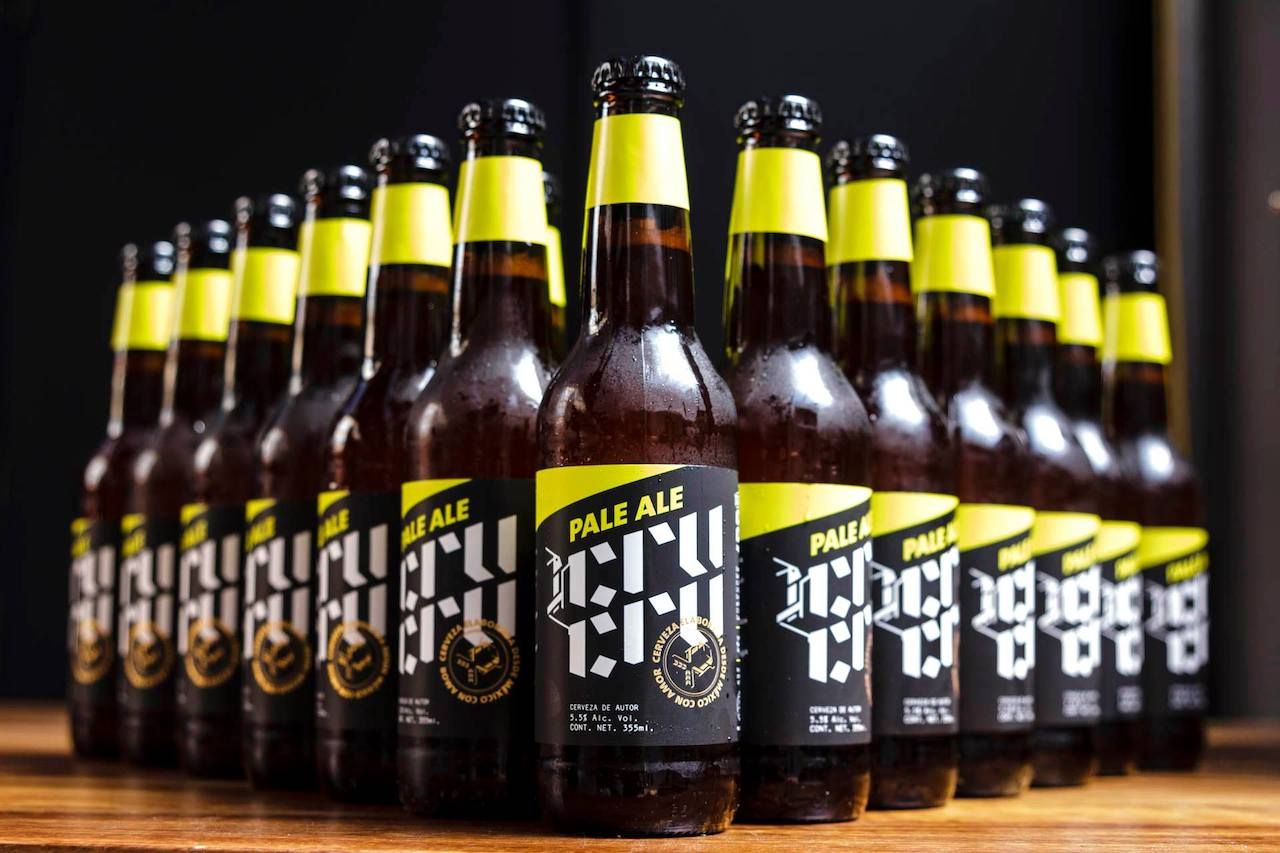 Cru Cru is a small craft brewery that opened in 2014. Located in a renovated monastery behind a heavy wooden door, the stainless steel brewing equipment stands in stark contrast to the colorful murals on the walls. Cru Cru produces four beers: a pale ale, a porter, an American lager, and Cru Cru’s specialty, a gose beer made with grasshoppers. It’s the type of place to stop by for one or two beers, but don’t plan on spending all night here. 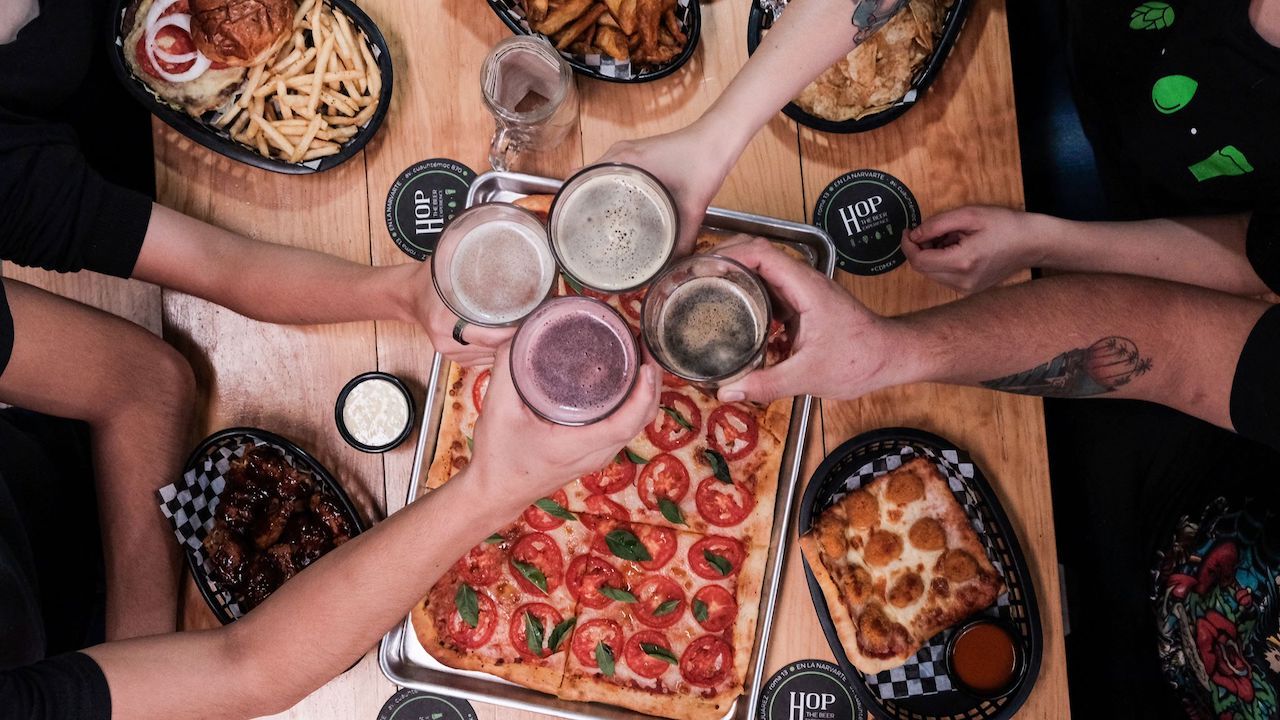 If one brewery best captures the casual attitude toward craft beer in Mexico City, it’s HOP: The Beer Experience. The list of available craft beers is scrawled on the wall and the bar’s atmosphere is just as relaxed as the menu. Order a flight to try the house beer and sample from many of the other breweries on this list as well. HOP is the first of what is now a four-location chain, three of which are in Mexico City. If you can’t make it here, HOP 4 is similar to the original in size, though it’s a bit more modern and serves a full menu instead of just bar snacks.

This isn’t just a brewery, but an entire experience. There’s a food truck inside the cavernous building and you’ll find the constantly updated menu of 35-plus beers on your phone through the Hopulus TV system. This variety means there’s almost always something interesting to try, like a Pecan Pie Brown Ale or a Habanero IPA. HOP 2 is the biggest brewery on this list, has the largest beer selection, and is the only one to offer pitchers. With a bottle shop and regular promotions (like all-you-can-eat pizza), HOP 2 delivers on every level. If you’re looking for a crowd-pleaser, this is your best bet. 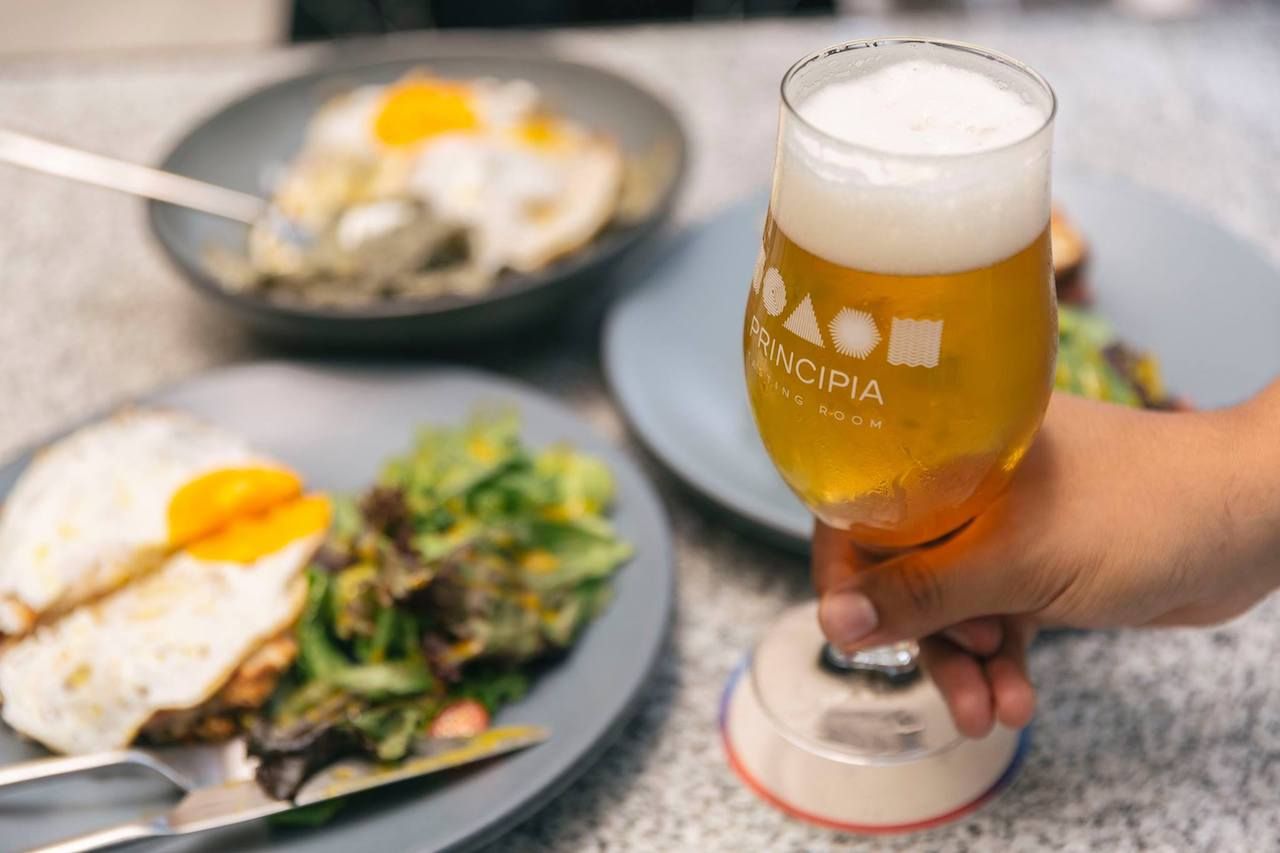 The Principia Tasting Room is the sleek and modern tap room for the Principia Brewery. The draft list has up to 10 house beers on offer at any time, including multiple IPAs, an oatmeal stout, and seasonal brews. On the wall, neon lights claim the beers are “brewed with stardust” and Principia’s ethereal branding encourages visitors to #DrinkTheUniverse. 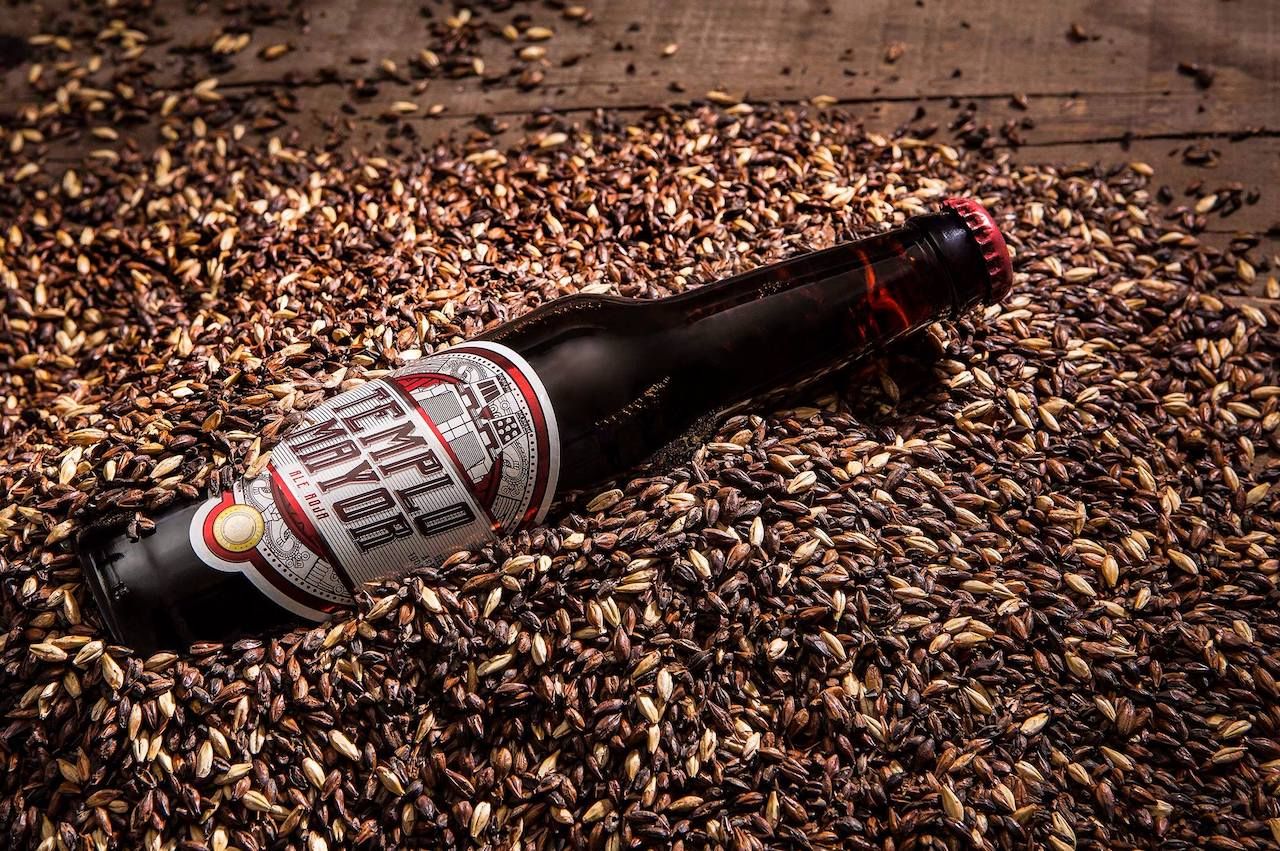 Cerveceria Reforma is a microbrewery with a focus on the basics. It’s known for the red ale called the Templo Mayor and the Magna Imperial Ale made with old world hops. The brewery is not yet open to the public, but you can visit it on the Turi Cervecero weekend bus tour or try Cerveceria Reforma’s bottled beers at an extensive list of locations around Mexico City.