Don’t let locals hear you call them that, though. Petiscos may be little, and every bit as tasty as tapas, but referring to Portugal’s small plates by its neighboring nation’s iconic cuisine is a quick way to ensure you won’t be invited to join the feast. Not only do the dishes vary, but eating petiscos is a different dining experience altogether, one with its very own etiquette.

Tapas have a murky history. Some stories trace the culinary tradition back to King Alfonso X of Castile, who was said to have only been able to ingest small portions while recuperating from an illness. Others link the Spanish snacks to inns and taverns where it was customary to serve thin slices of bread with drinks for patrons to place on top of their glasses to shield their wine from dust and flies between sips. This could explain the etymology of the word tapas, which comes from the verb tapar, meaning “to cover.”

Now a dining trend the world over, tapas were traditionally served as bar snacks in Spain, often free of charge to anyone standing around with a drink in hand. It’s rare to see complimentary tapas these days, especially in tourist-heavy cities, but they’re generally still regarded as morsels meant to whet the appetite rather than sate.

Petiscos are designed to be ordered all at once and together comprise a full meal, more like a Mediterranean mezze platter. Most dishes are smaller portions of what might otherwise be ordered as entrees, giving diners the chance to sample the best of Portuguese cuisine in small bites while still filling up. In turn, they’re served in restaurants and tascas, or homestyle eateries, rather than bars, and are meant to encourage family-style dining.

Meat and seafood feature heavily on petisco menus alongside finger foods like olives, cheeses, and cured meats that can be scooped up with fresh bread. Most staples are served throughout the country, but be sure to ask about regional specialities depending on where you’re dining. These are the best petiscos to order in Portugal. 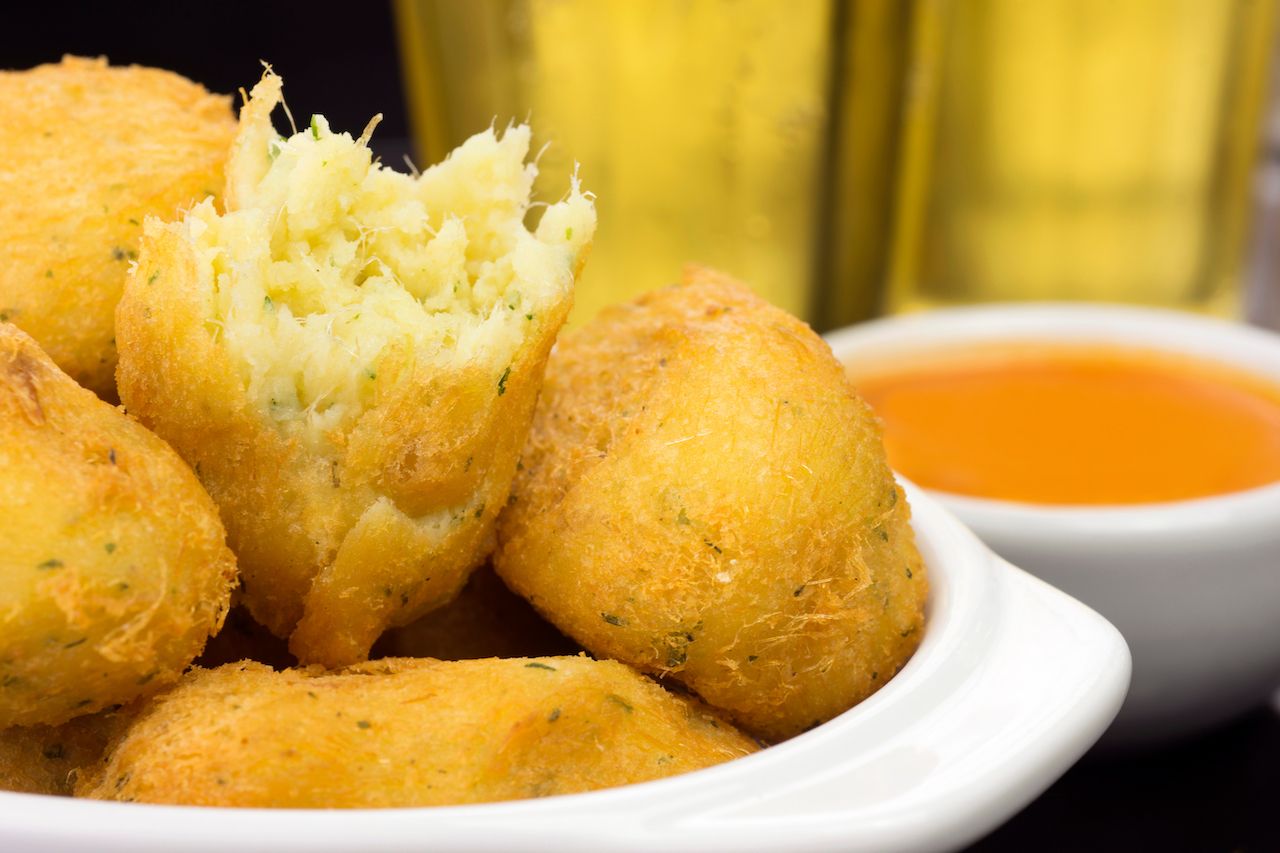 Salt cod, or bacalhau, is everywhere in Portugal. As far as petiscos go, you can’t leave the country without trying these fritters, called bolinhos up north and pasteis de bacalhau in central and southern Portugal, particularly around Lisbon. The crunchy-on-the-outside, creamy-on-the-inside cod cakes combine potatoes, eggs, garlic, onion, and parsley before being crisped up in oil, and they’re likely to appear on virtually every petisco menu you see. 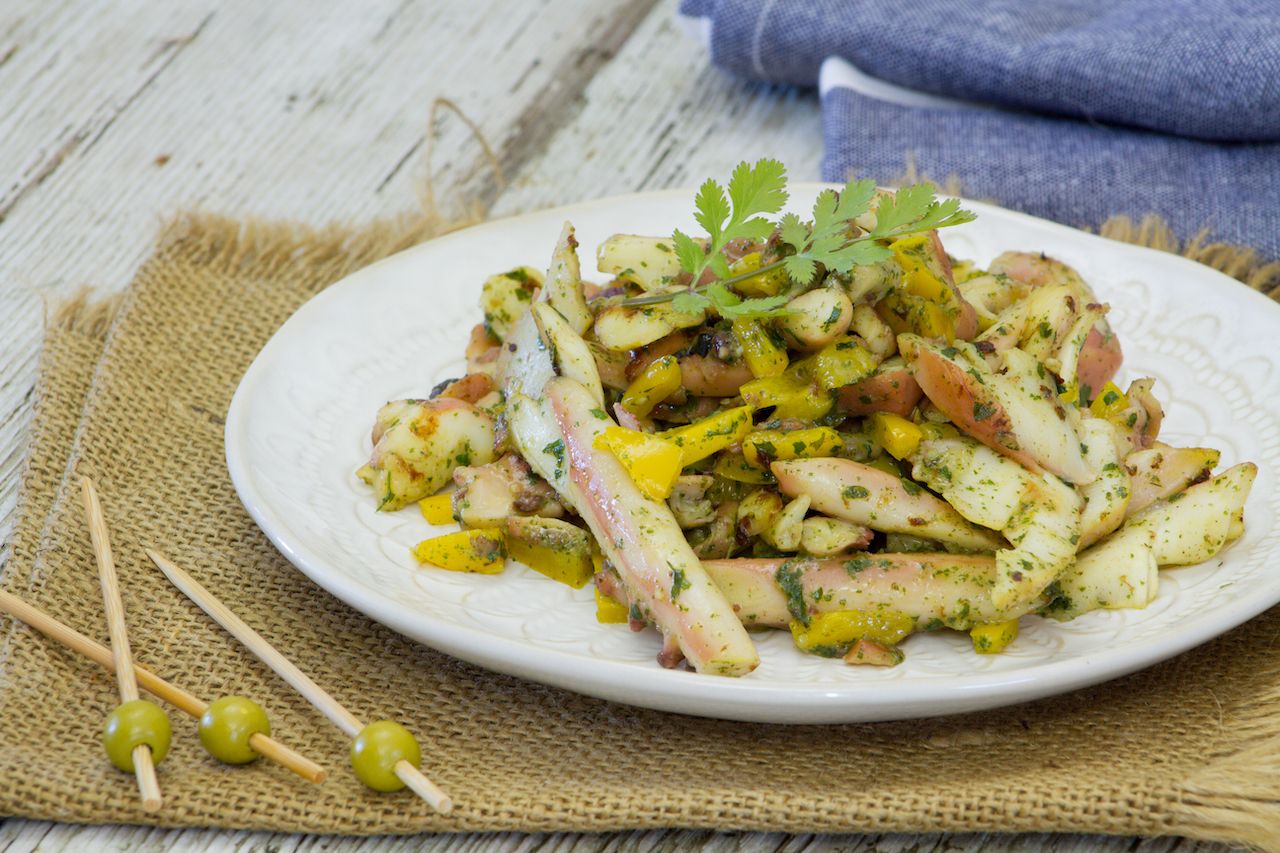 A simple, refreshing octopus salad that’s tossed in a light vinaigrette, garnished with parsley, and served cold. Onions and garlic round out the dish though tomatoes, red or green bell peppers, and cilantro are sometimes added for depth of flavor and texture. 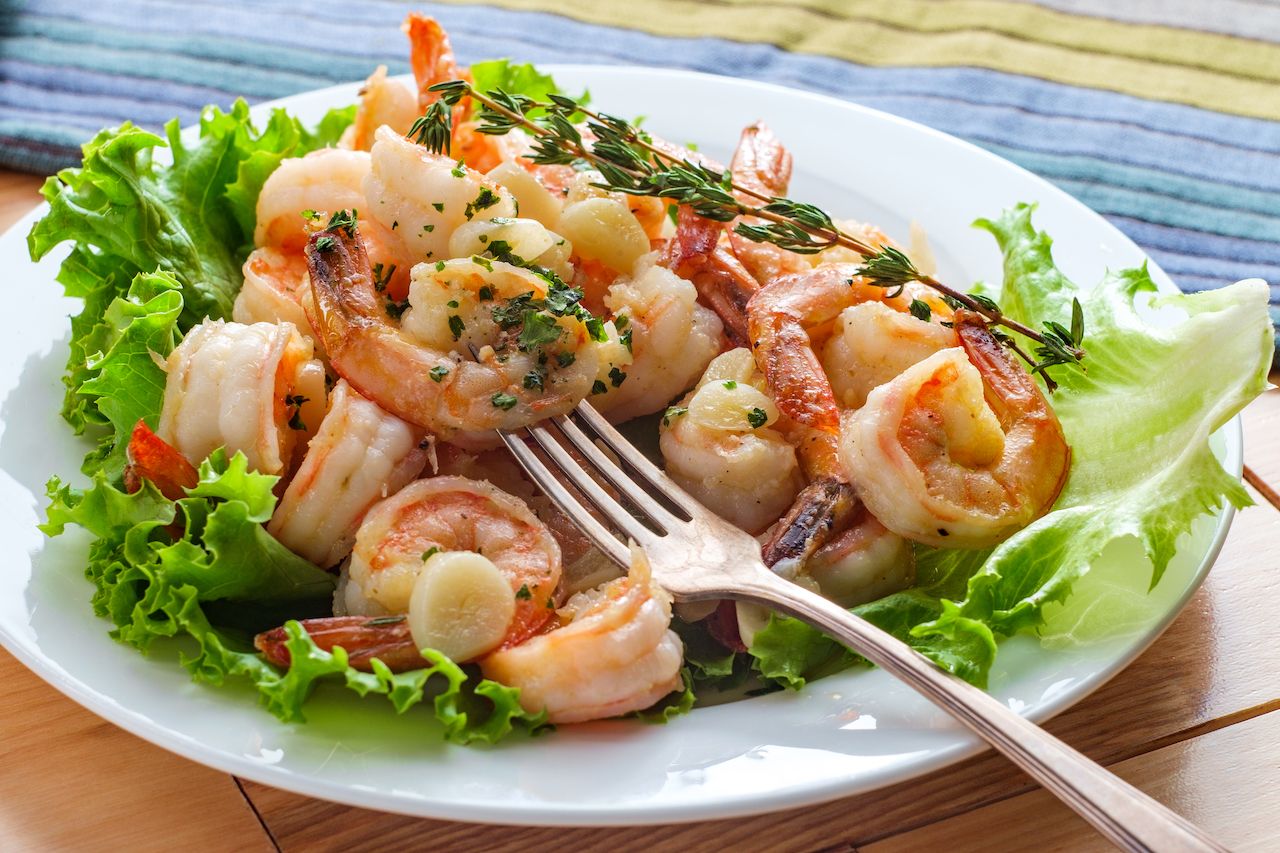 Similar to Spain’s famous shrimp dish, this prawn-based petisco comes swimming in silky olive oil and packs a garlicky punch. Some preparations add a splash of sherry or a sprinkle of paprika for an extra kick. Most are finished with a spritz of lemon juice and a pinch of parsley. 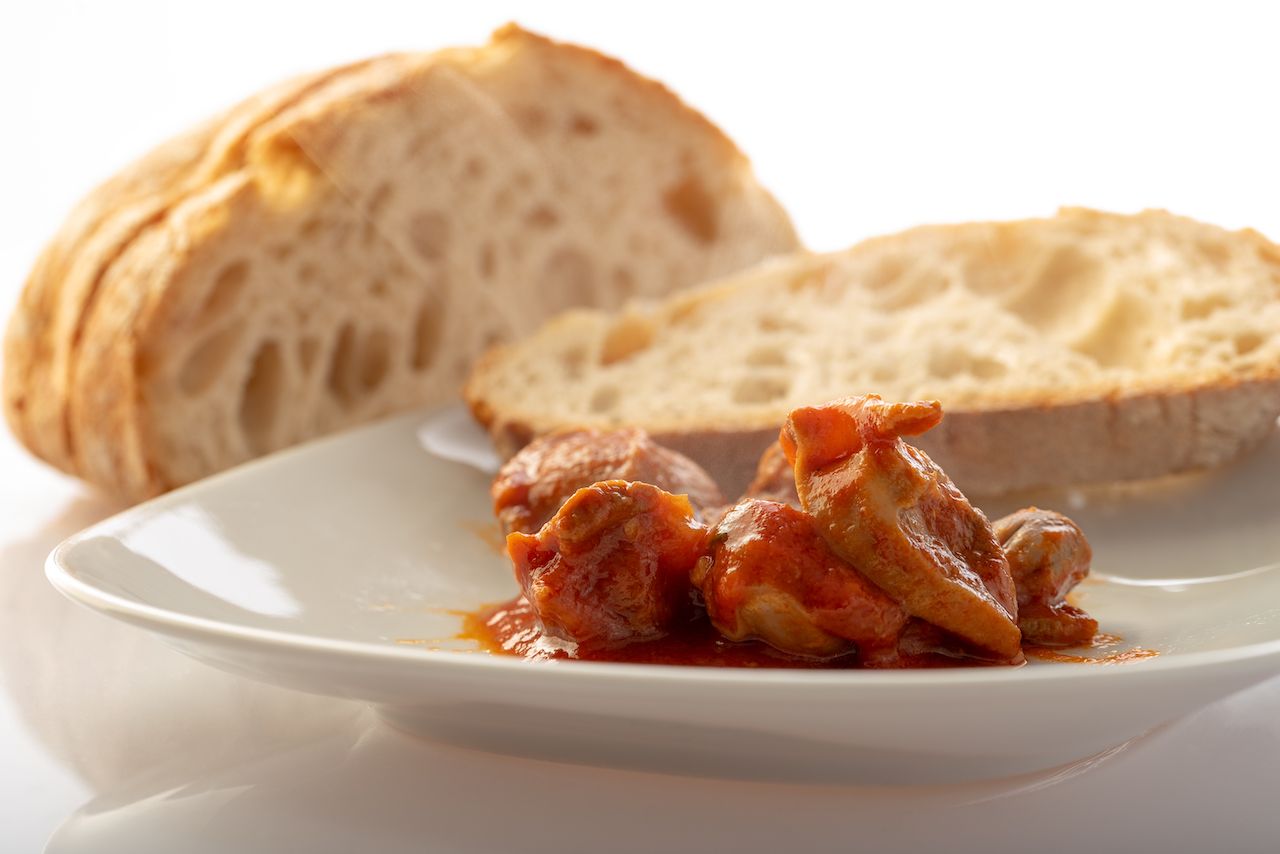 A chicken gizzard stew that’s traditional in northern Portugal, where the cuisine is heartier, though it’s served across central Portugal, too. Moelas are slow cooked in an herbaceous, tomato-based broth that sometimes gets heat from piri piri peppers. 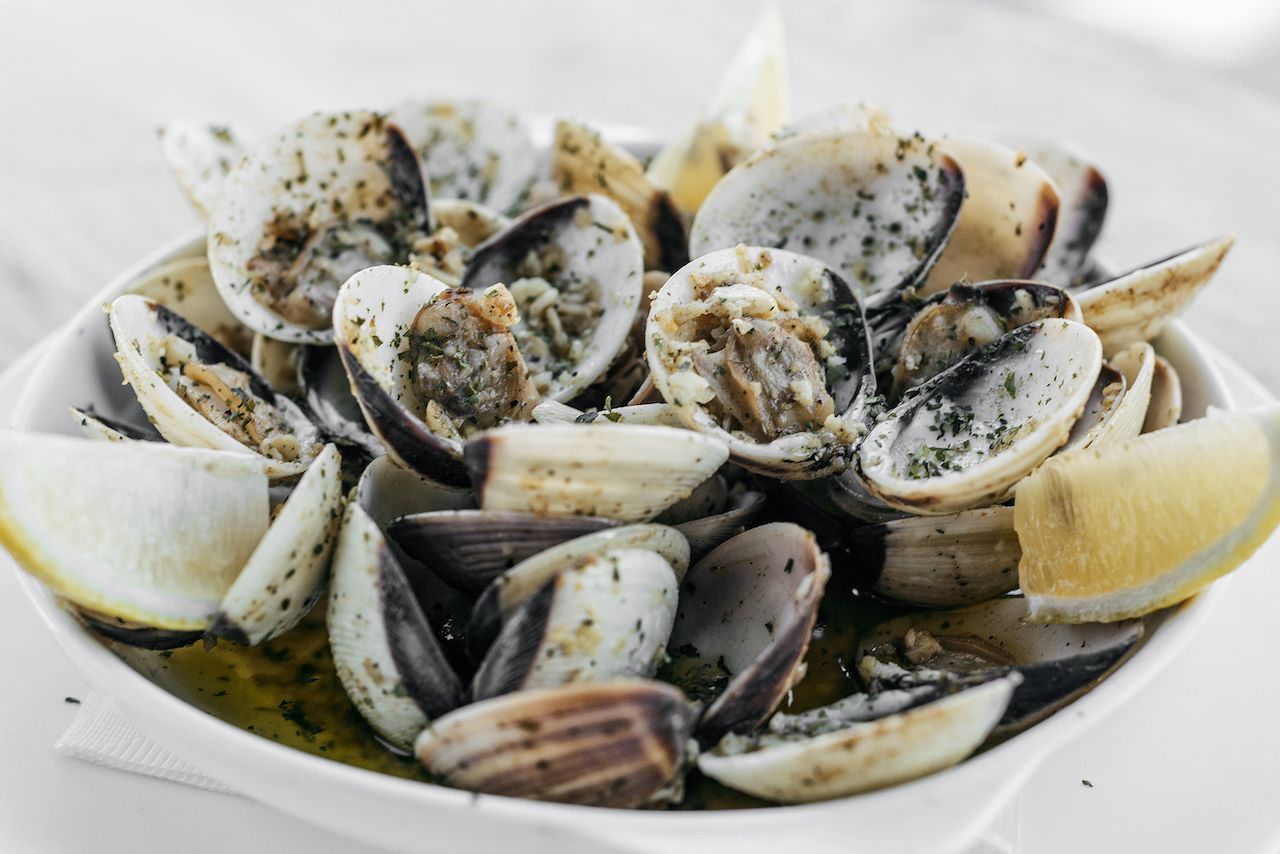 Named for poet, author, and intellectual Raimundo António de Bulhão Pato, who’s said to have first mentioned the recipe in his writings, this clam dish gets its flavor from white wine, garlic, lemon, olive oil, and cilantro. It’s commonly eaten in Lisbon, as well as along the southern coast in the Algarve region where seafood and shellfish are petisco standards. 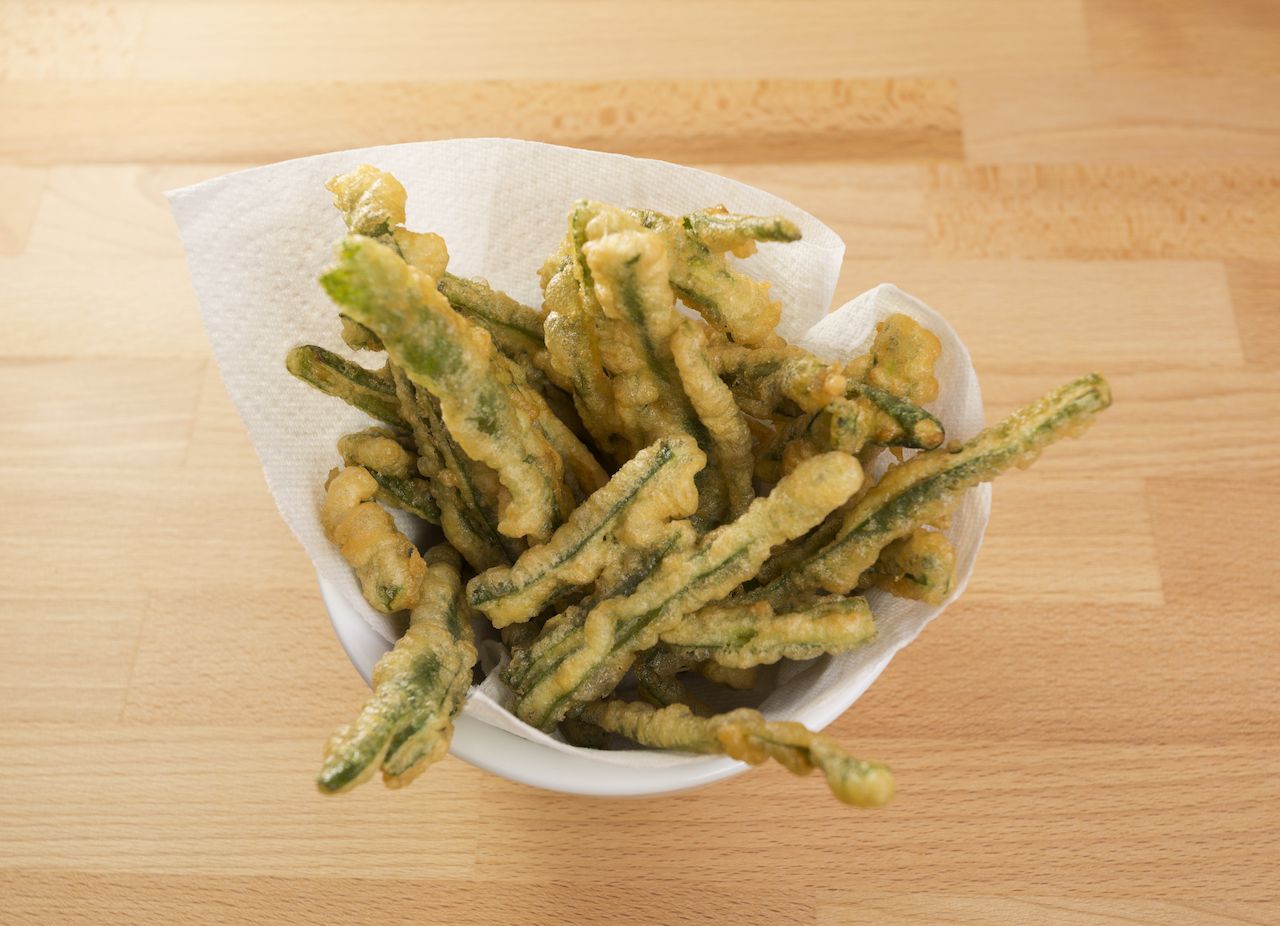 A vegetarian-friendly dish of green beans fried in a tempura-like batter and seasoned with garlic powder. Veggies like bell peppers are occasionally thrown into the mix, as well. Peixinhos da horta translates to “little fish in the garden” as the long legumes resemble sardines, another Portuguese staple, after being battered and fried. 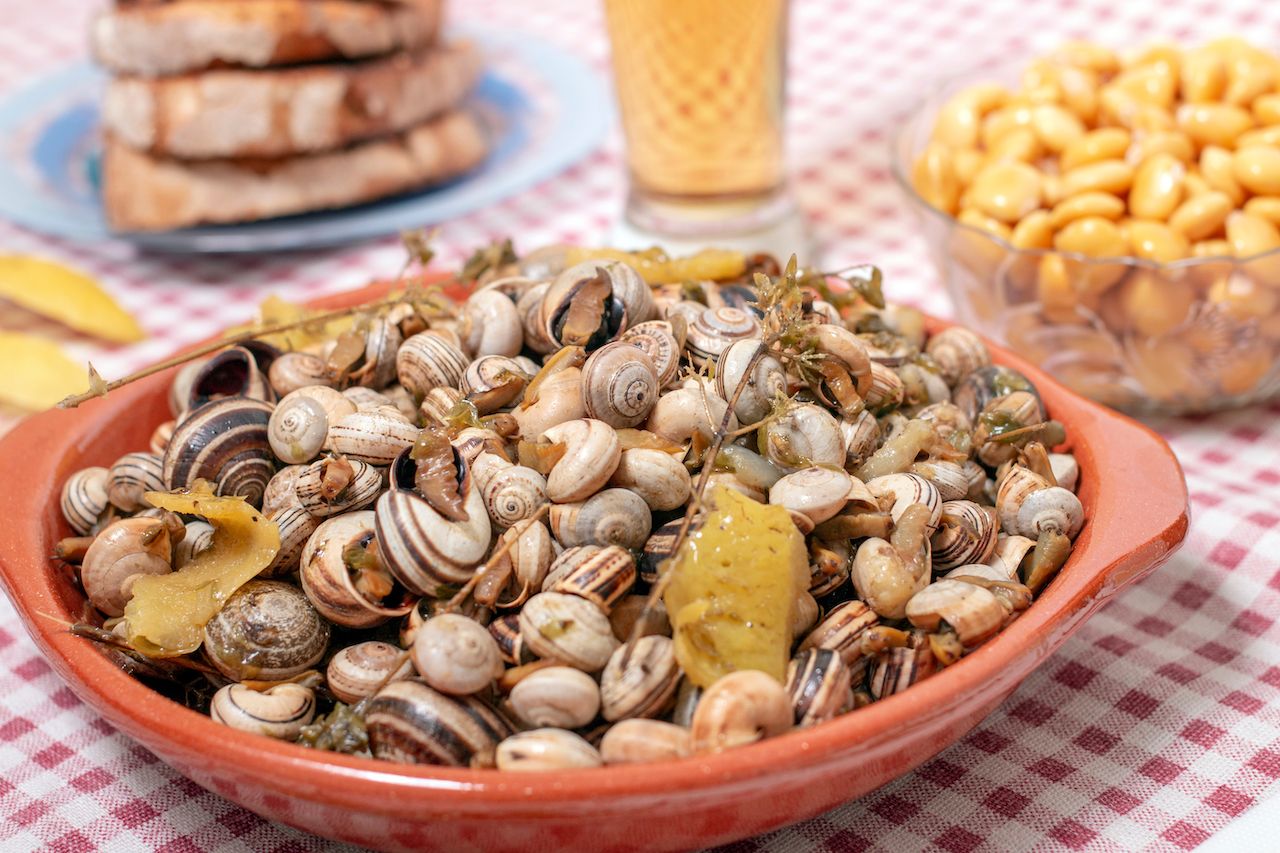 Portugal’s answer to escargot. These snails are smaller than the ones served in France and come in a delicate, savory broth rather than a rich, buttery sauce. Signs advertising caracóis pop up outside what seems like every seaside eatery throughout the summer months. For a taste of the best, track down a tasca in the port city of Setúbal, roughly 45 minutes from Lisbon across the Tagus, and soak up the leftover broth with toast after going to town on the shells with toothpicks. 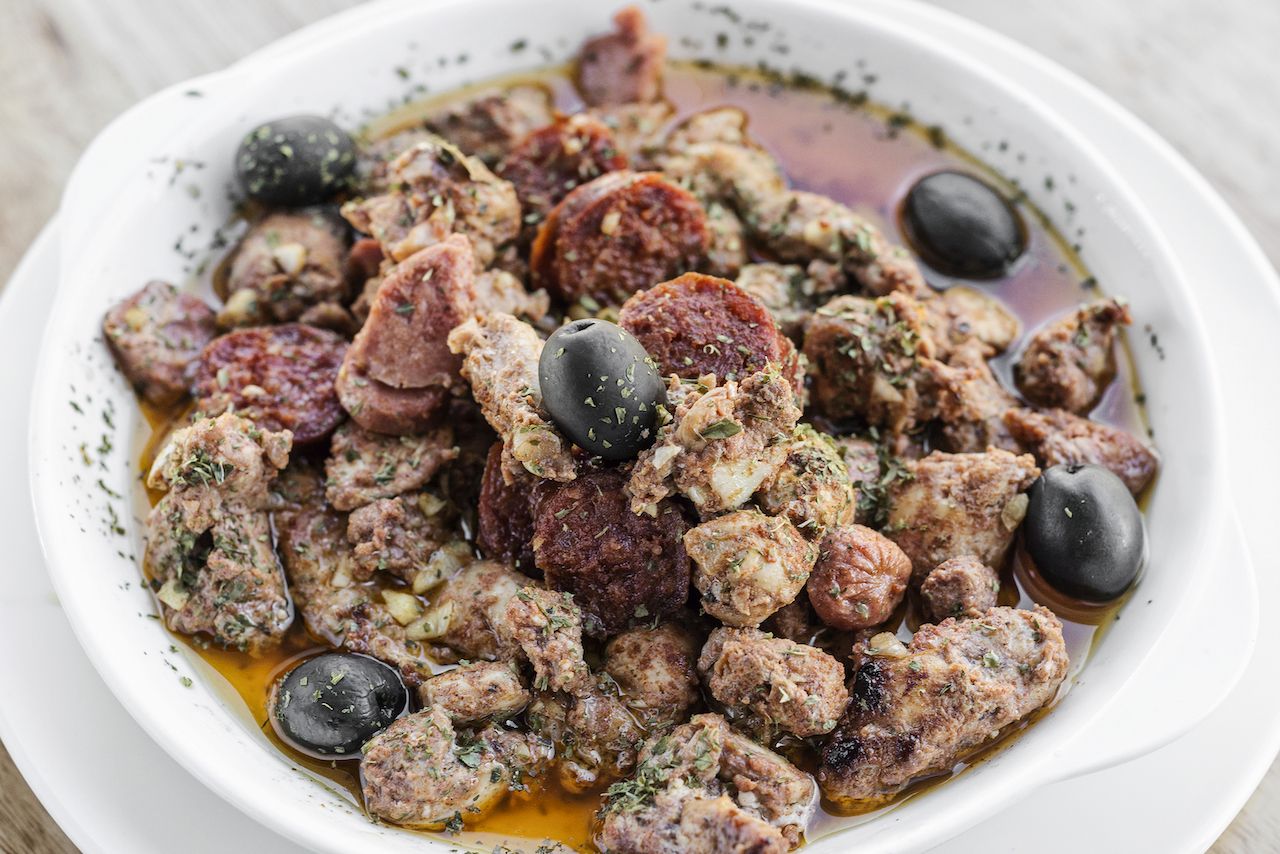 Meaning “woodpecker,” pica pau is made with bite-sized cubes of pork fried in butter, beer, chili or paprika, and bay leaves. Mustard and either brandy or white wine are often added for a bit of tang, as are pickles and olives for an extra salty bite. 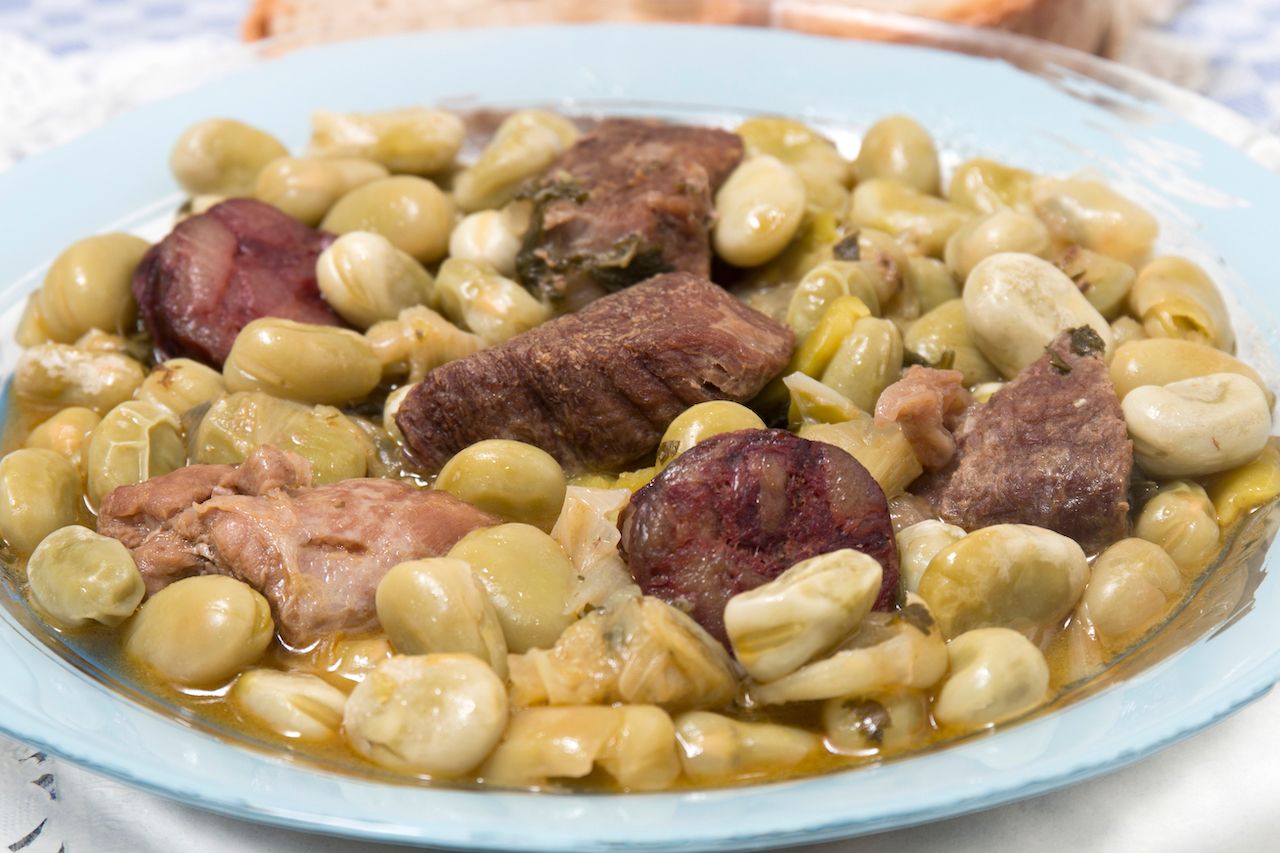 A fava bean stew that’s heavy on meat. The stew showcases not only chouriço, a pork sausage similar to chorizo, but also add-ins like blood sausage, bacon, and presunto, or cured ham. Fava beans are a popular snack during Portuguese festivals, particularly in the Azores where they’re not only stewed in tomato paste and white wine but also sold skewered on toothpicks.

Food + Drink7 Dishes That Prove No One Does Seafood Like Portugal
Tagged
Food + Drink Portugal
What did you think of this story?
Meh
Good
Awesome