What are the necessary ingredients for a great staycation? That varies from person to person, but we’re pretty sure that a cozy bed in a relaxing suite is probably at the top of the list. For someone looking to relieve some stress close to home, accommodations at The Guild House Hotel, a boutique hotel in Philadelphia that pays homage to famous women, might be even more enticing. 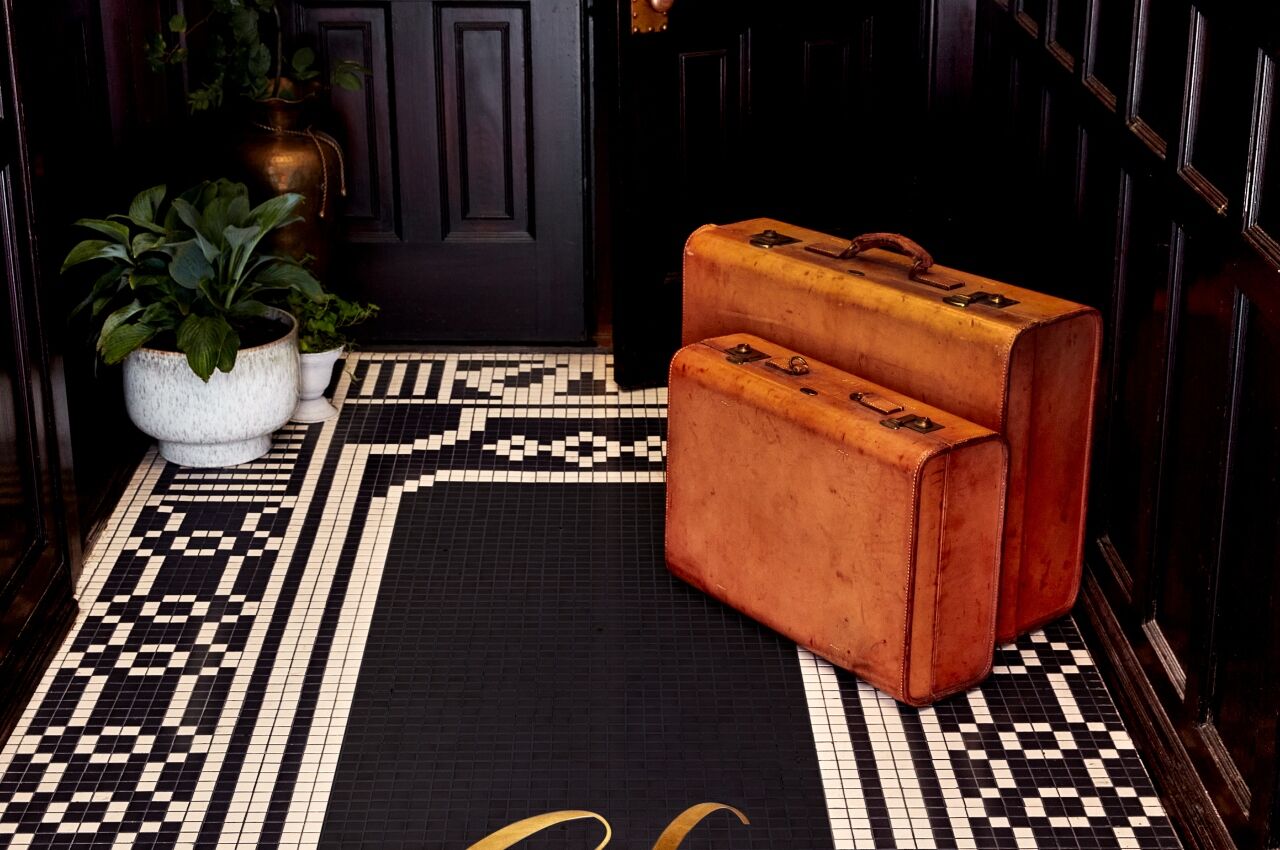 The Guild House Hotel is in the Washington Square West neighborhood of Center City, and history can be found down to the building’s studs. The building is the former home of the New Century Guild — a group of professional women including abolitionists, suffragettes, writers, and more. Women in the late 1800s and early 1900s were working to create change, and just like men already had for centuries, they needed a space that was just their own. They were also the largest and most successful group of its kind and the first to offer assistance to women in the workforce. The guild took up home at 1307 Locust Street, where the hotel currently stands. 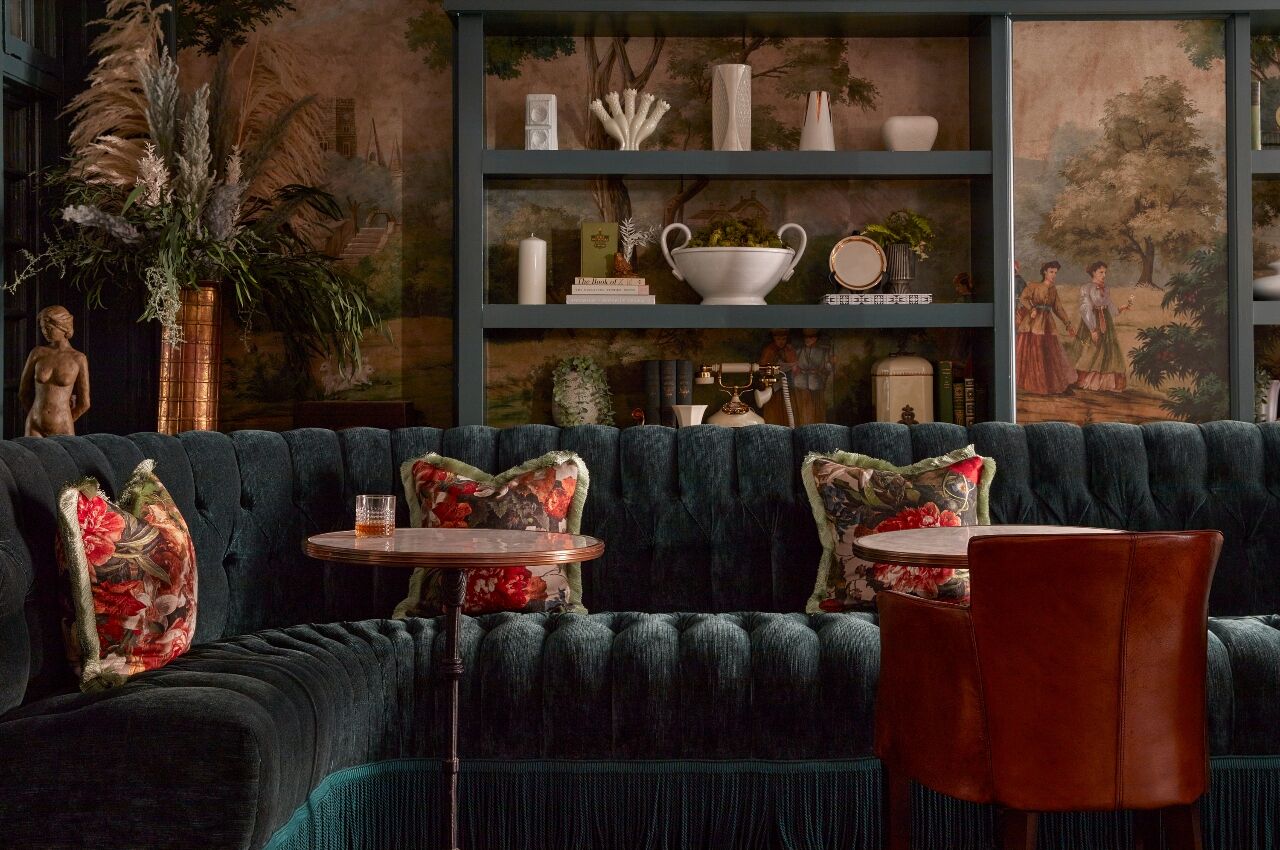 While technically a boutique hotel, the space offers more of a boarding house vibe. Walking in is like entering a typical walk-up, with an unassuming hallway that takes you past one guest room and then a lounge, and on the first floor is one guest room and a lounge. That’s right — there is no formal check-in, and entry is electronic with every guest getting a unique code to access the building and their room. 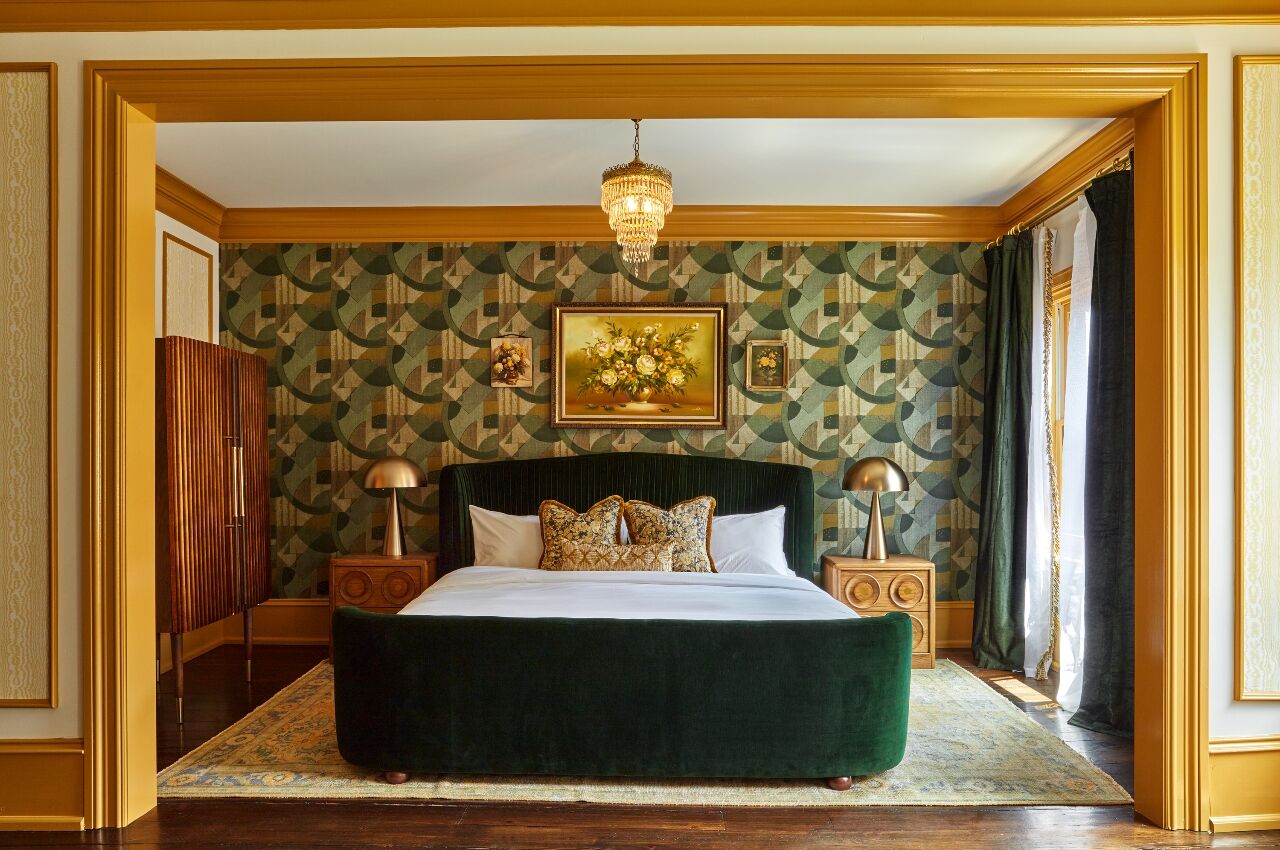 The 12 rooms have names like Mathilde, Gabrielle, and Edith; each one paying homage to a guild member. While the rooms are smaller (they’re referred to as salons or junior suites), they offer just enough to make you feel at home. They feature a modern take on early 20th-century art deco decor, and it feels luxurious to be in a room covered in jewel tones like amethyst and emerald. Each room has its own color scheme with perfect accent colors — think dark teal with white marble and a gold faucet in the kitchenette. The bathrooms also offer a contrast with white subway and gold features. 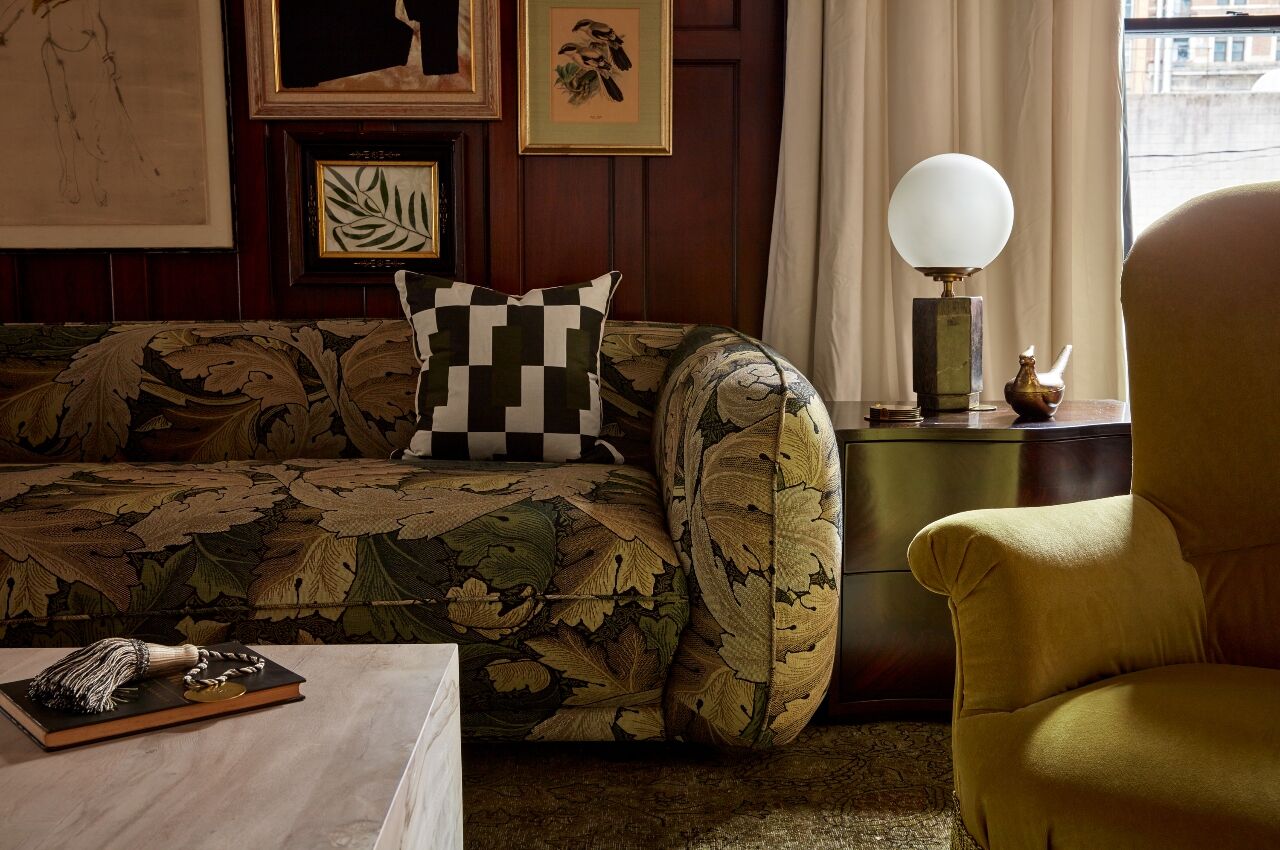 The lounge area is low-traffic and a great workspace, since the rooms most encourage relaxation and slumber. Pack a book that you’ve been meaning to read, or even bring your laptop to get a few chapters of your novel done. Both the lounge and the third-floor ice room offer sparkling and still water on tap. Another special touch are all of the locally-sourced amenities, like Sip and Sonder Coffee and Blushing Wren Tea. 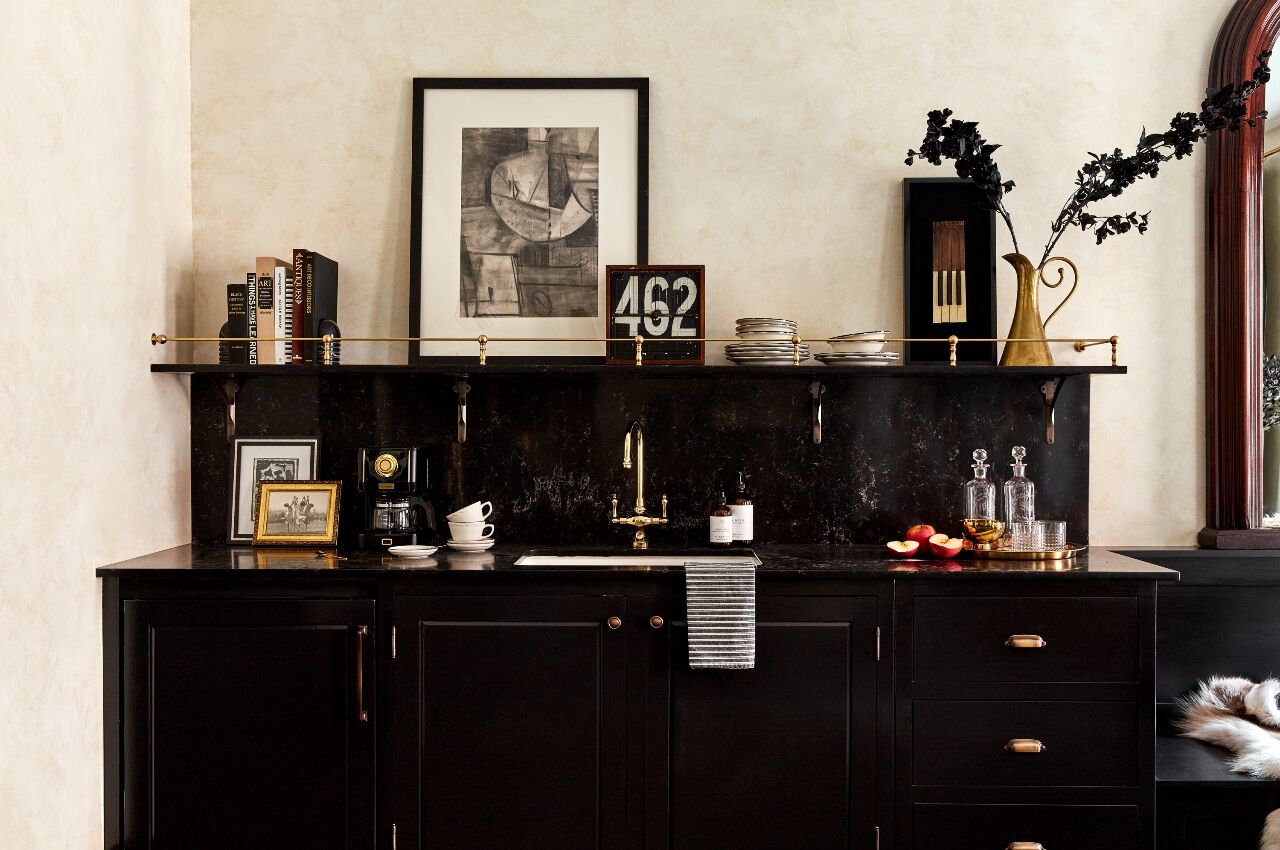 Quality comfort food should probably be a priority on a staycation as well, and the area is surrounded by some of Philadelphia’s best restaurants. Guild House is on the same block as Green Eggs Cafe, a popular brunch spot, and Van Leeuwen Ice Cream is just a few blocks away. Right across the street is Bud and Marilyn’s, a local staple for American classics. Those who are plant-based don’t have search hard either, with tapas bar Charlie Was a Sinner in the same neighborhood, and Vedge right on the same street. While a staycation would be great, an individual or a couple could still be attracted to the hotel because of its proximity to many attractions. Just a couple of blocks away is the Kimmel Center, and it is less than a ten-minute walk from Independence Hall. It is even closer to the shops and eats on South Street.

Epic Stays7 Airbnbs in Austin for a BBQ- and Music-Filled Bachelor Party
Tagged
Epic Stays Philadelphia, PA, United States
What did you think of this story?
Meh
Good
Awesome