Philadelphia is a diverse city that isn’t afraid to embrace its quirks, and Philly’s food scene is no different. No, it’s not just Philly cheesesteaks. The city’s cuisine reflects every culture in the city, including Italian, Israeli, Mexican, and Malaysian. Options range from high-class vegetarian restaurants, a diner that combines Southern comfort and Jewish food, and a counter that serves pho-flavored sandwiches. Pretty much whatever type of food you’re looking for, you can find it in Philly.

These are the best restaurants to eat at now in Philadelphia’s hottest neighborhoods. 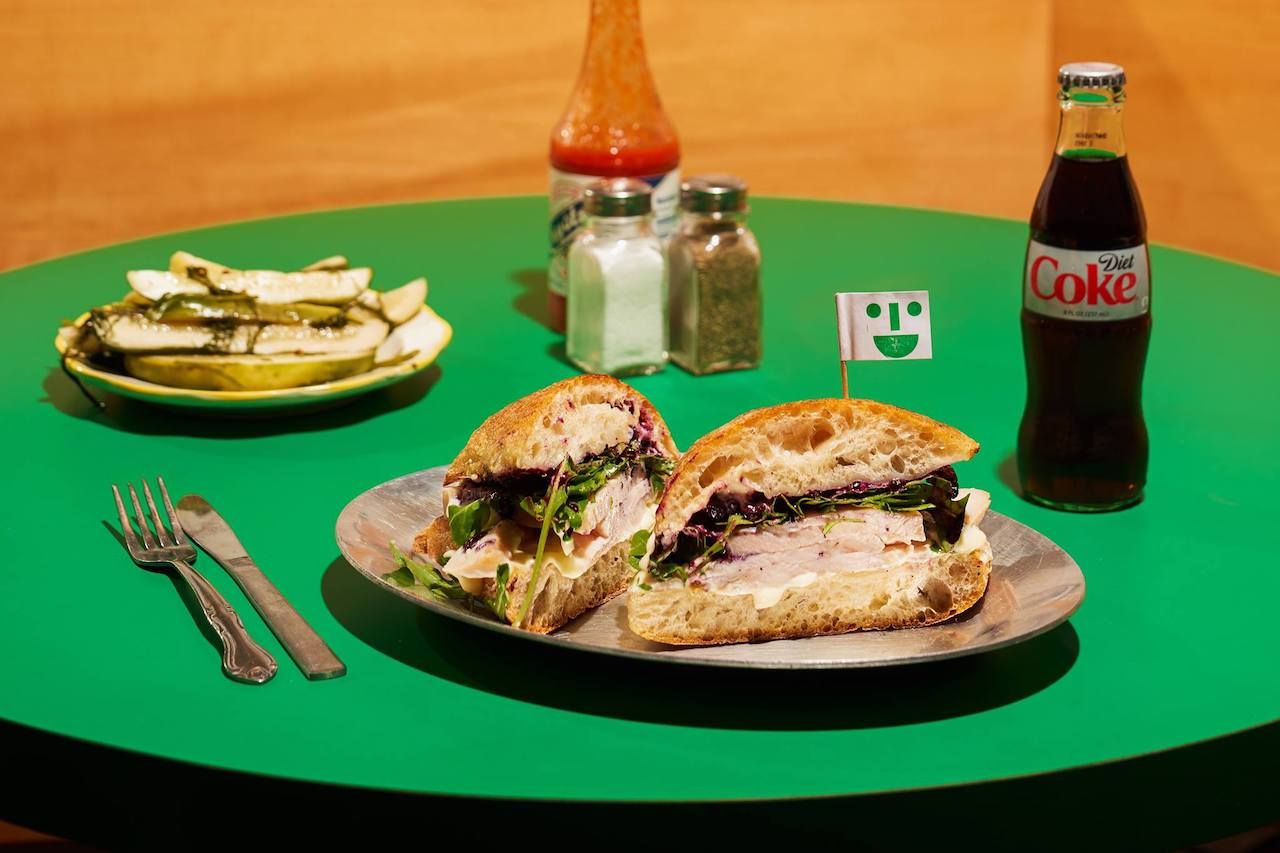 Middle Child $$ — Middle Child is an old-fashioned luncheon where the patrons are as diverse as Center City and the menu options hover around $10. The old school memorabilia and classic rock soundtrack make you feel like you’ve been transported back to the Cold War era, but the menu embraces everything delicious and diverse about modern America. Its nut-free, gluten-free, and vegan options make it accessible to anyone who takes a seat at the counter. Middle Child is also known for its creative sandwiches, like the vegan Phoagie (a pho-inspired hoagie).

Zahav $$$ — Zahav is a modern Israeli restaurant with Middle Eastern and Mediterranean influences. It’s currently one of the most popular restaurants in Philadelphia, and it’s no secret why. There are few other places in Philadelphia where you can order grilled duck hearts, and even basic starters like hummus that’s so thick and creamy taste like a rare delicacy. Be sure to make a reservation, unless you don’t mind long waits. 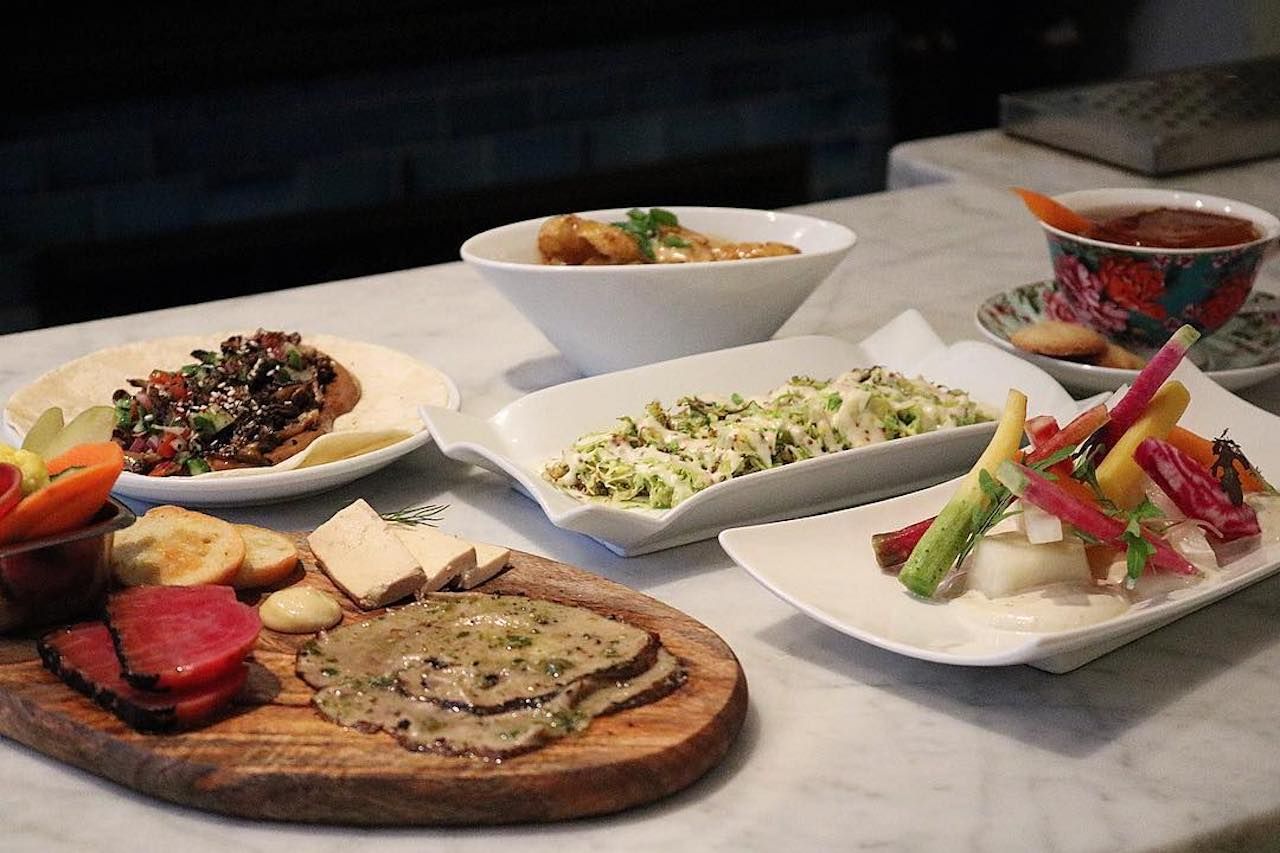 Vedge $$$ — A vegan restaurant that proves vegetarian meals can be some of the best fine dining around. Instead of relying on typical meat substitutes like tofu, Vedge makes vegetables the main focus of an entree. The menu includes options like soft pretzels with melted rutabaga in place of cheese, shiitake mushrooms sliced up like a steak sandwich, and smoked eggplant in salsa verde. 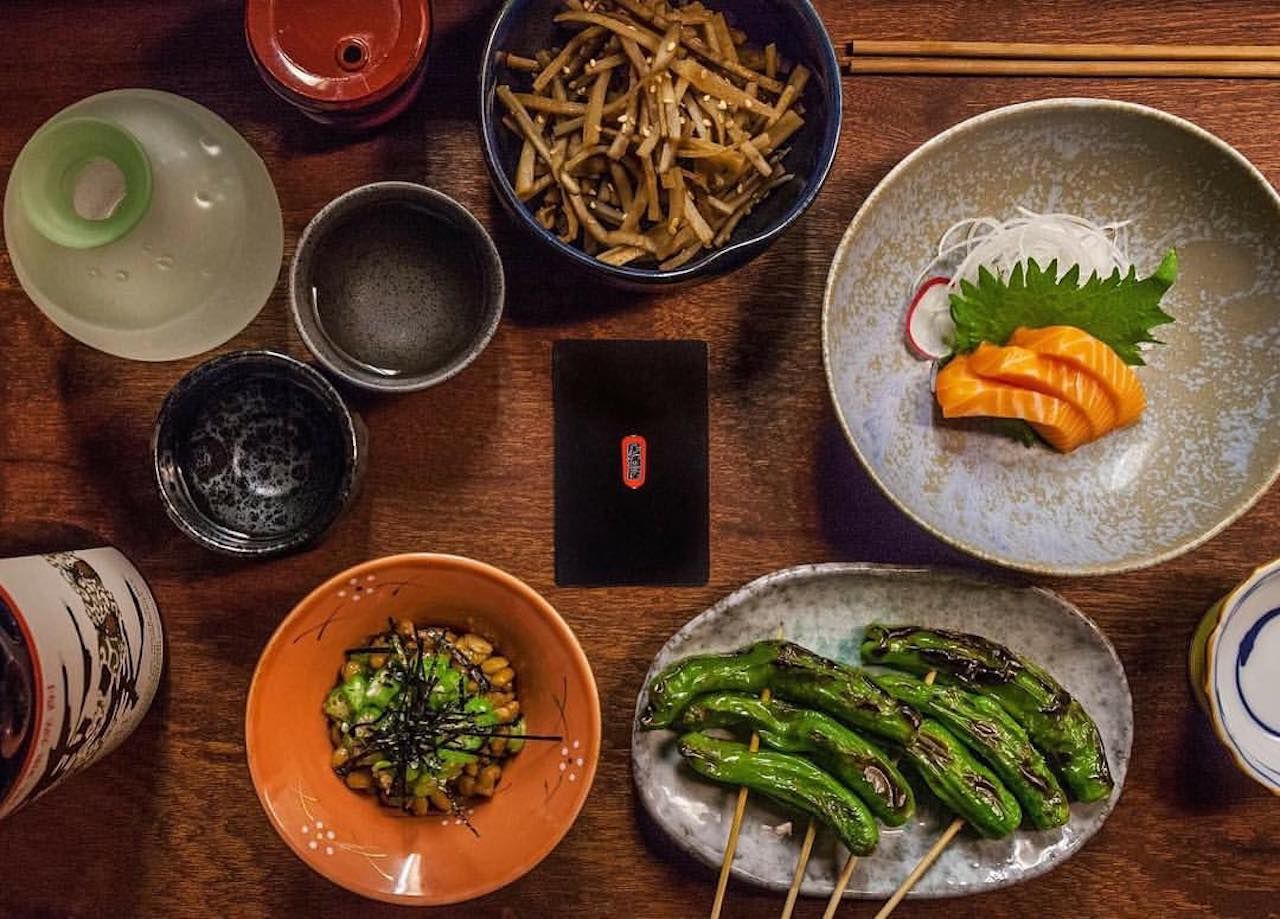 Royal Izakaya $$ — Philadelphia’s best Japanese restaurant. It’s easy to miss because there’s no sign out front, just a small blue door and red lantern. The front of the restaurant is the izakaya part reserved for small plates and drinks like sake and beer. The back is the sushi bar, which has enough options to please both sushi connoisseurs and people expanding their palate beyond the California roll.

Hungry Pigeon $$ — Hungry Pigeon is everything a cafe should be: quiet, relaxing, and a break from the busy city. The menu is inventive, with hand-picked cheeses and hot sauces, vegan options, and a delicious breakfast salad made with salad greens, lentils, bacon, and hash browns. People with a sweet tooth will rejoice at the wide pastry selection and desserts like spiced pear pie, banana bread sticky buns, and cranberry white chocolate cheesecake. 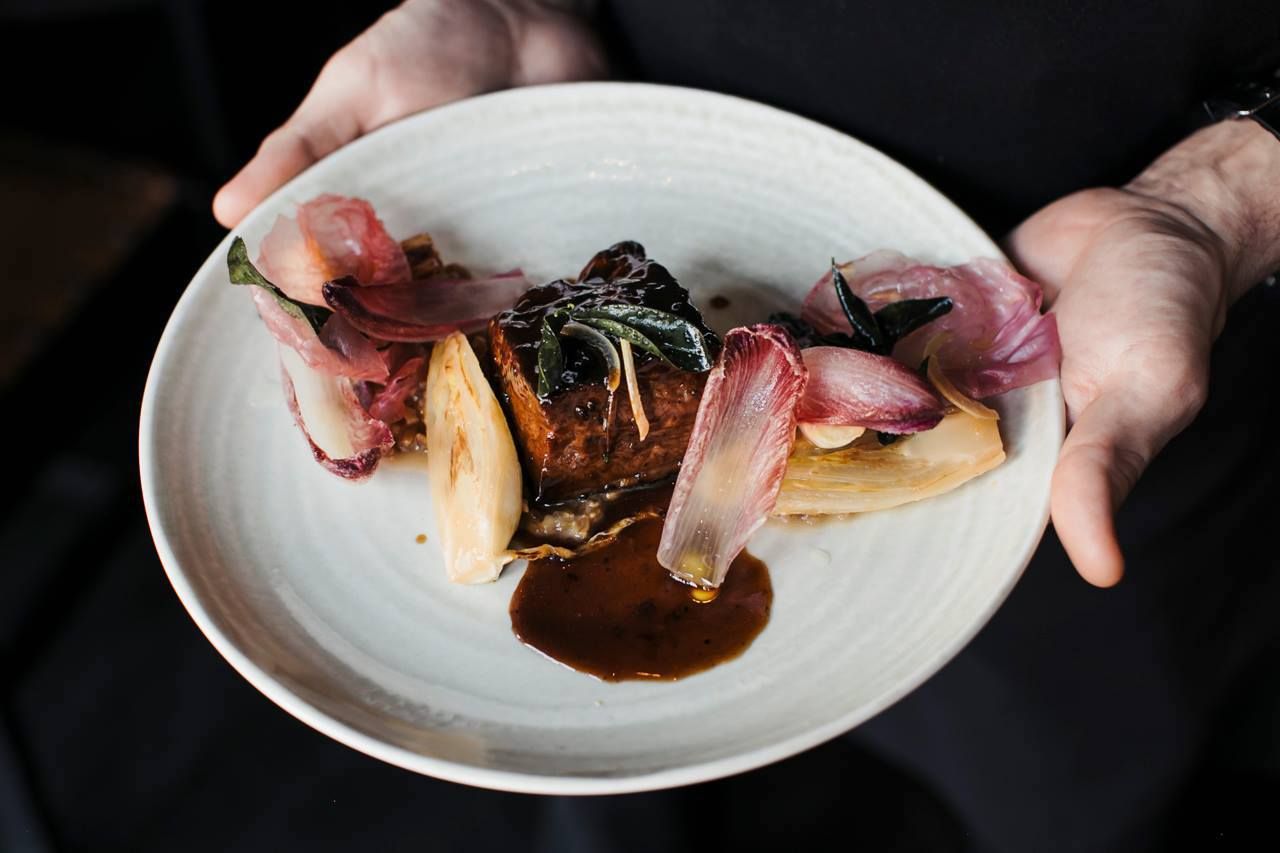 High Street on Market $$ — High Street on Market is a restaurant and bakery known for its fresh baked bread and inventive breakfast. The style is rustic and quaint with a relaxing, down-to-earth atmosphere. For breakfast, it serves grain bowls with avocado, homemade ginger yogurt, and specialty egg sandwiches. For dinner, there’s ricotta gnocchi and burrata served with roasted apples and herbs on grilled bread. 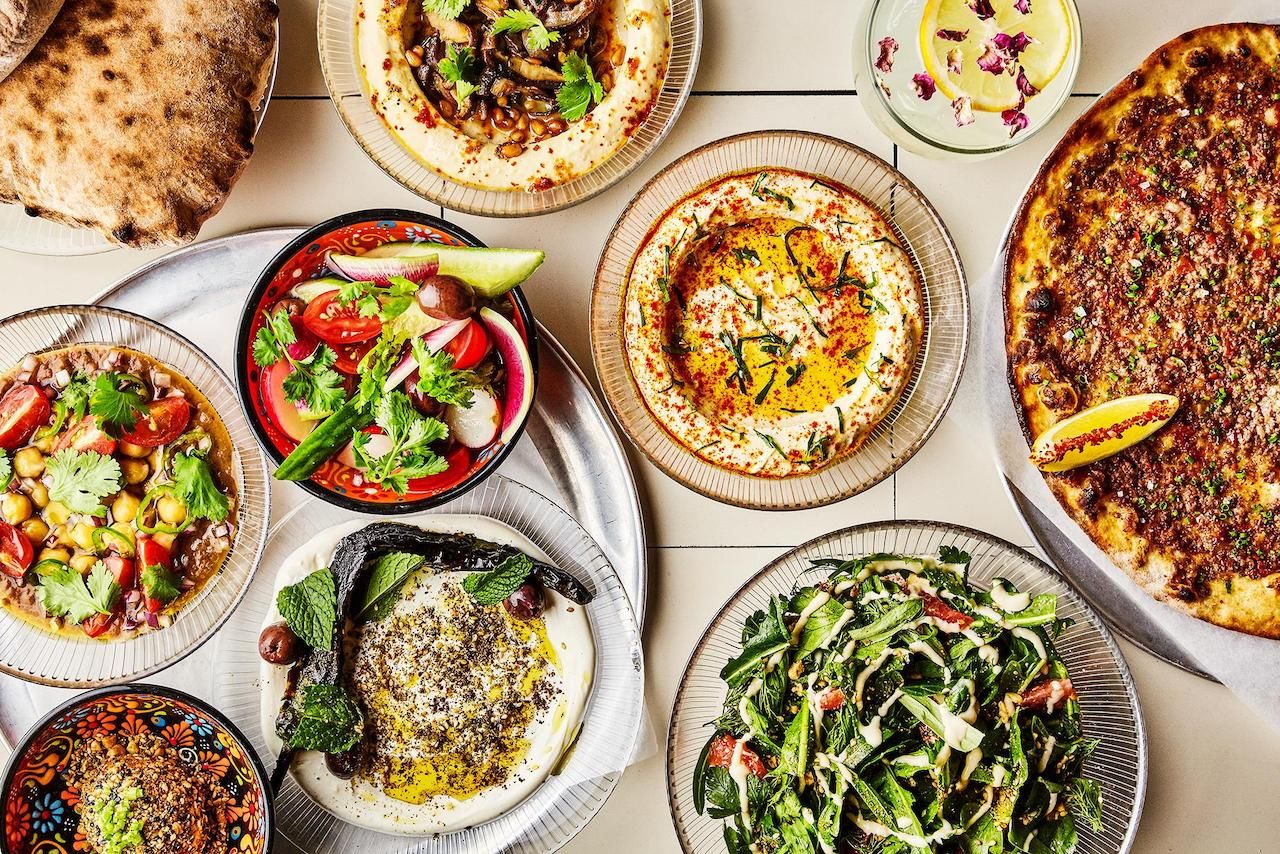 Suraya $$ — Named in honor of the founder’s grandmother, this Fishtown restaurant serves Lebanese and Middle Eastern cuisine. It’s cozy and brightly lit, surrounded by plants, Lebanese pottery, and warm orange hues. The bar serves specialty cocktails, and the menu has traditional meals such as kebabs, seafood, and labane (yogurt with za’atar, tomatoes, olives, cucumbers, and mint).

Kensington Quarters $$ — Kensington Quarters is a restaurant for people who love meat too much to go full vegetarian, but still care about humane treatment. All of the produce is grown from small, local farms, and the meat is grass-fed, raised with room to roam, and slaughtered as humanely as possible. The menu is like a guide to a carnivore’s paradise, with choices like the KQ burger, duck breast, and lamb crépinette. The bar has a bonus late-night happy hour every first Friday. 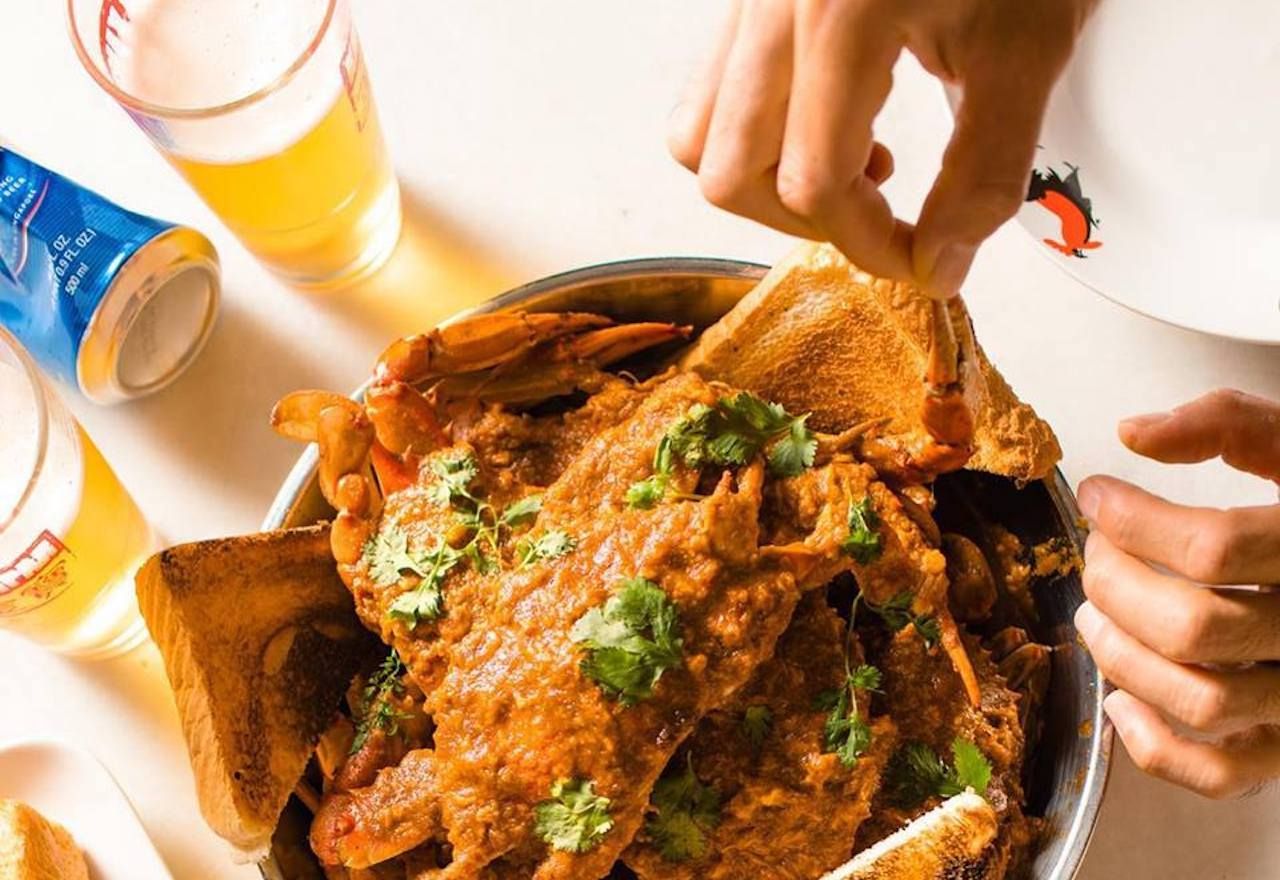 Saté Kampar $$ — A Malaysian restaurant with a menu that comes straight from the owner’s family recipes. The only “bar” is a Malaysian coconut bar, so BYOB. It’s known for its range of skewers, like chicken, beef, goat, and vegan, as well as its pineapple peanut sauce.

South Philly Barbacoa $ — This Mexican restaurant has received a lot of attention thanks to its appearance on Netflix’s Chef’s Table. While talked-about restaurants aren’t always worth going to, in this case, you should definitely believe the hype. It’s famous for its tacos, especially the barbacoa, but it also has vegetarian options. It’s only open three days a week (Saturday through Monday) and closes whenever the food runs out, so plan to visit early. Co-founder Christina Martinez is well-known in the community for her advocacy work. As an undocumented immigrant, she raises awareness for exploited restaurant workers.

Mr. Martino’s Trattoria $$ — An Italian restaurant where each dish tastes like you’re digging into a home-cooked family recipe. The meals are cooked by Maria Farnese, who co-owns the restaurant with her husband. Mr. Martino’s, which is cash only and closed on weekends, embraces the idea of no frills. It has smaller portion sizes than most restaurants, so customers can enjoy their spinach ravioli or balsamic roasted chicken without feeling overstuffed. There’s no alcohol, but it does have a BYOB policy. 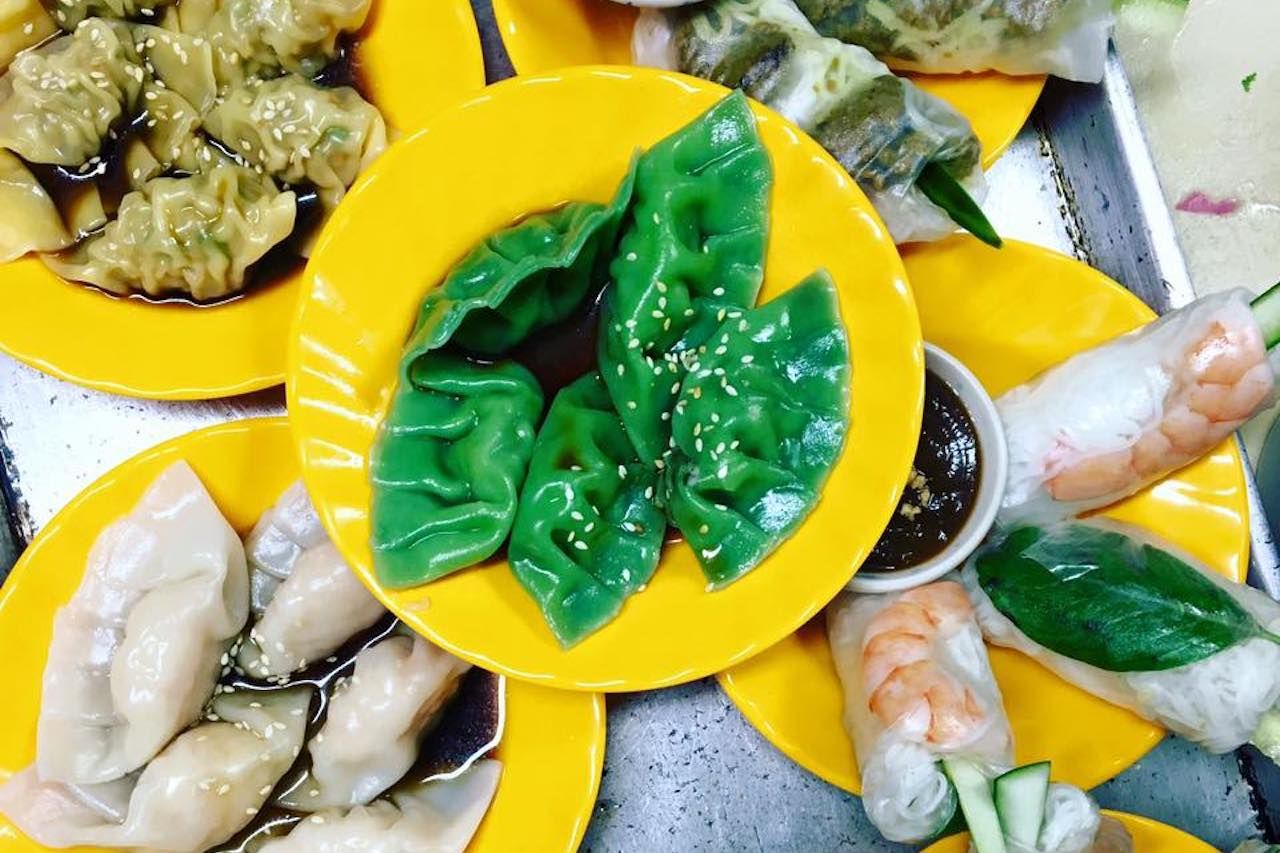 Street Side $ — Street Side is a small Vietnamese restaurant with its own take on Vietnamese classics. Everything is under $10 except the DIY wrap for two people, which is $15. Street Side has traditional banh mi as well as spins on the sandwich like the lemongrass chicken banh mi and coconut shrimp banh mi. There’s also beef and brisket pho, mushroom dumplings, and rice paper wraps. Street Side has Asian-inspired mocktails like pineapple lychee, as well as Viet drip coffee and jasmine and green teas for caffeine addicts. If you’re looking to drink alcohol with your food, it’s BYOB.

Pura Vida $$ — Pura Vida is a pan-Latin restaurant with a cool, laid-back atmosphere. The food is a mix of Mexican, Central-American, and Caribbean cuisine, with options like Guatemalan tamales and chicken ginger soup. Although it’s BYOB, there are mixologists on staff who can use your liquor to make customized Margaritas and Mojitos. 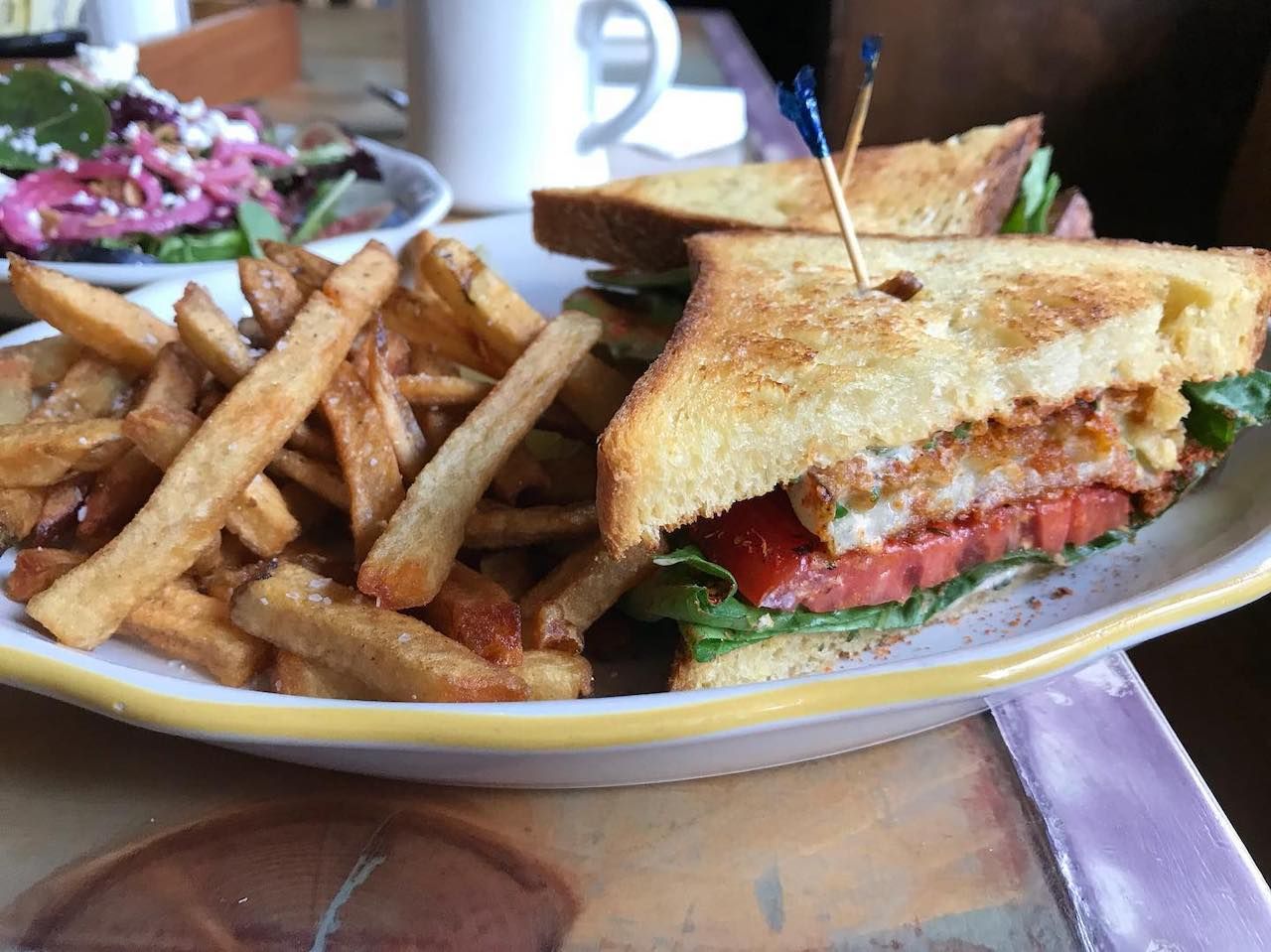 Honey’s Sit N Eat $$ — This casual, cash-only diner blends Jewish and Southern recipes for the ultimate comfort food. Breakfast and brunch is especially popular at Honey’s, in part thanks to challah French toast and latkes instead of home fries. Jewish-Southern food might not seem like an obvious combo, but Honey’s pulls it off in a way that makes you feel comfortable ordering matzo ball soup with honey fried chicken fingers and open-faced biscuit sandwiches.