City founder William Penn originally planned Philadelphia as a “green country towne.” Five city blocks were set aside as public squares, and to this day all five squares are still beautiful, popular parks. Penn’s commitment to nature still lives on in other parts of the city as well, like Fairmount Park, the largest municipal park on the East Coast, and the city’s two waterfronts. Anyone looking for a peaceful place to soak in nature will find plenty of options in Philadelphia, and here are some of the very best.

Fairmount Park — With over 2,000 acres of land and 50 miles of paved trails, Fairmount Park is Philadelphia’s largest, and most popular, municipal park. Visitors experience the park’s natural beauty, which is made up of woods, meadows, and the Schuylkill River waterfront. When the weather cooperates, parkgoers flock to Fairmount to hike, cycle, ride horses, canoe, and fish. Fairmount is always busy, but the park is so vast that it never feels cramped. The park’s also full of man-made attractions, like a wildlife refuge and education center, public art, the Shofuso Japanese House, the Philadelphia Zoo, and the Smith Memorial Playground, which is perfect if you have kids who need to burn off energy.

LOVE Park — Along with the Liberty Bell and Rocky steps, the bright red LOVE sculpture is one of Philly’s most iconic images. LOVE Park is officially named JFK Plaza, but no one calls it that. The plaza sits at the front of the Benjamin Franklin Parkway, which leads to the Museum of Art. LOVE Park, with its famous sculpture and fountain, is a popular place for anyone to sit and hang out in the heart of Center City.

Wissahickon Valley Park — Wissahickon Valley Park straddles the line between Germantown and Chestnut Hill — a little to the north of Center City, but worth a visit for any nature lovers in the area. The hickory and oak tree forest that surrounds the Wissahickon Creek is so secluded that it feels like its own world, separate from the rest of the city. The park’s Forbidden Drive might have a foreboding name, but it’s really a peaceful gravel trail with a strict no-car rule. The park also has the Valley Green Inn, a historic colonial tavern famous for its brunch.

Rittenhouse Square — One of William Penn’s five original open squares, Rittenhouse Square is the park that gives the surrounding upscale neighborhood its name. The park’s landscape of maple trees and carefully maintained flower beds surrounds a reflecting pool and plaza. It makes for a beautiful and relaxing place for locals and tourists to sunbathe, walk their dogs, and read. There’s a farmers market on Saturdays until 3:00 PM and several seasonal festivals, like the Fine Arts Show in warmer months (such as June and September) and the Halloween bar crawl.

Washington Square — Washington Square is a park that packs on the history, and not just because it’s one of William Penn’s original squares. It was once the burial ground of Revolutionary soldiers and the victims of the 1793 yellow fever epidemic. Today, you can still visit the Tomb of the Unknown Soldier of the American Revolution. Washington Square is part of Independence National Historical Park, so a visit to Independence Hall or the Liberty Bell is in order if it’s your first time to the area. Even if history isn’t your thing, Washington Square has a lot of benches underneath the shade of mature trees — from the original Lombardy poplars to dozens of other species — to relax for a moment.

Schuylkill River Trail — The Schuylkill River is known for being peaceful and scenic, surrounded by some of the city’s most beautiful sites — both natural and man-made, like the Museum of Art and Boathouse Row. The trail stretches for miles across neighborhoods and woods. It’s one of Philadelphia’s best places to jog, bike, or just take a leisurely stroll, while the river is a hotspot of kayaking, fishing, and boating. Summer’s when the Schuylkill River Trail really comes alive; the warm weather brings outdoor events like movie screenings and festivals.

Race Street Pier — Race Street Pier is a two-level park on the bank of the Delaware River, under the shade of the Benjamin Franklin Bridge. The second level, also known as the Grand Sky Promenade, gives you an incredible view of the busy waterfront. The ground level is more like a traditional park, with trees and a lawn. You can stop by to lounge or take one of the 300 free annual yoga classes, in both mornings and evenings. 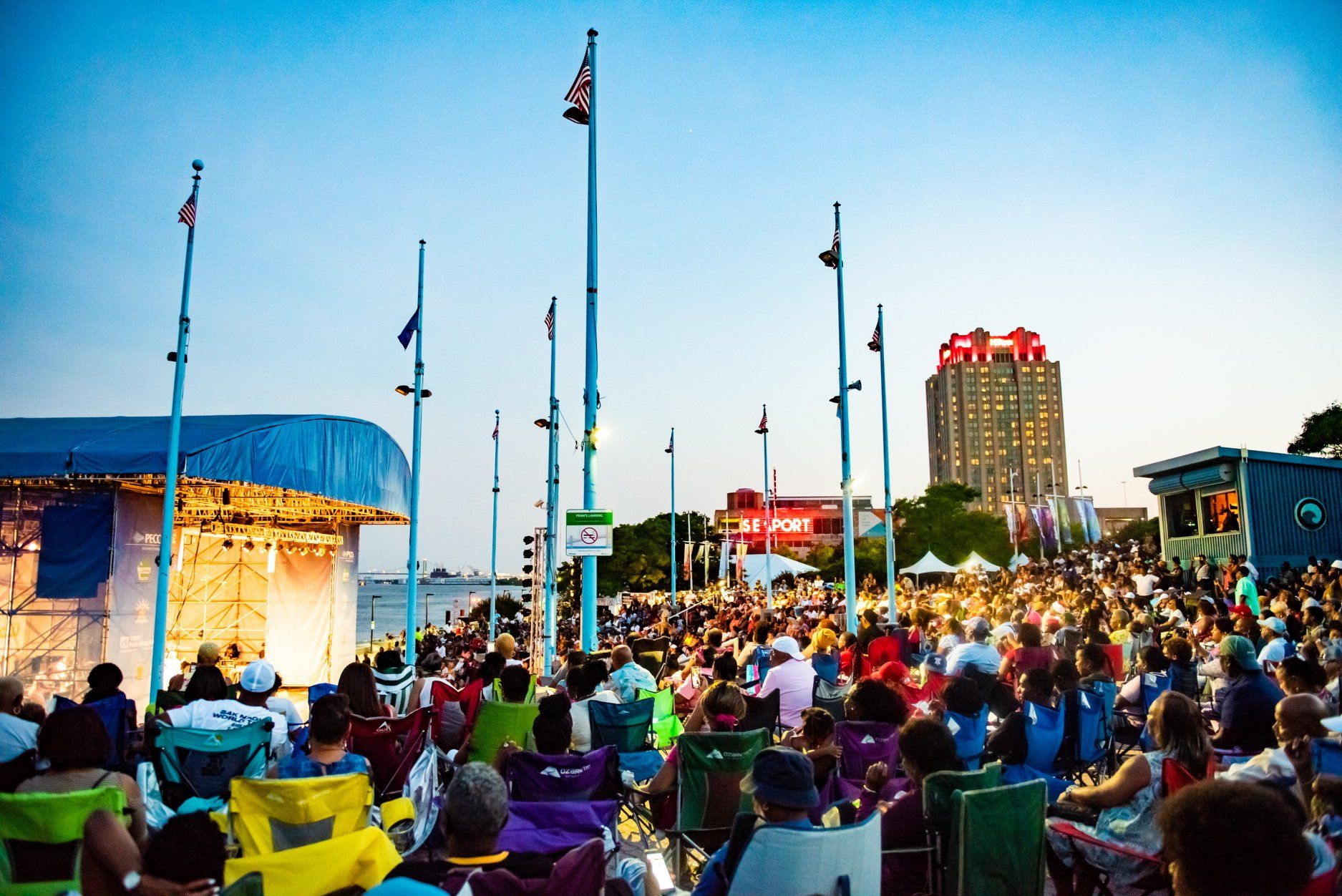 Penn’s Landing — Penn’s Landing, also located on the bustling Delaware River waterfront, is one of Philadelphia’s best hangout spots. No matter when you visit, there’s always something going on, whether it’s live music, cultural festivals, or film screenings. In the winter, Penn’s Landing turns into a scenic ice skating rink. Summertime brings carnivals, beer gardens, and hammocks to help you enjoy the good weather. History buffs can tour the Olympia and Becuna, two historic warships docked along the shore.