Poke around the right parts of the internet for a few minutes and it’s easy to find what is supposedly the first city in the United States to hold a Halloween parade: Anoka, Minnesota, the self-proclaimed “Halloween Capital of the World.” Dig a little deeper, though, and the story turns out to be more complicated.

First, you need to know the official story as told by Anoka Halloween, Inc., the non-profit organization that promotes Anoka’s history and organizes the annual festival. According to legend, the town’s parade dates back to 1920.

“Anoka, Minnesota is believed to be the first city in the United States to put on a Halloween celebration to divert its youngsters from Halloween pranks,” the history page reads. “When Anokans awoke to find their cows roaming Main Street, windows soaped and outhouses tipped over, they decided something had to be done.”

The people of the town organized a costume parade and block party, so the story goes. A man named George Green came up with the idea along with city leaders like the Anoka Commercial Club and the Anoka Kiwanis Club.

The parade was a success, with bands, clubs, and city groups taking part. There was popcorn, candy, and peanuts. At the end, a sanctioned bonfire raged at Bridge Square. “Celebrations have been held every year since 1920 with the exception of 1942 and 1943 when the festivities were canceled because of World War II,” the Anoka Halloween page states.

A 12-year-old boy named Harold Blair is responsible for launching Anoka’s campaign to be recognized as the “Halloween Capital of the World” by the rest of the country, when he wore a sweater with the title sewn onto it during a trip to Washington DC in 1937. A modern Minnesota congressman, Bill Luther, helped make the title official. In 2002, Luther asked Congress to reaffirm the proclamation that Anoka is the “Halloween Capital of the World,” according to congressional records of the House of Representatives.

“Anoka is thought to be the first to put on a citywide celebration and parade to provide families with alternative activities and fun on Halloween,” Luther told other members of the House. He briefly mentioned the above history before stating, “Due to the celebration’s size and community significance, Anoka first proclaimed itself the ‘Halloween Capital of the World’ in 1937.”

However, history, as it often does, gets in the way.

“Many older celebrations were before Minnesota became a state (1858) or the city of Anoka existed (1878),” Gary Munkholm of Anoka’s Halloween, Inc. wrote in an email. “We are probably the largest and longest celebration presently and that’s the Halloween capital designation.” 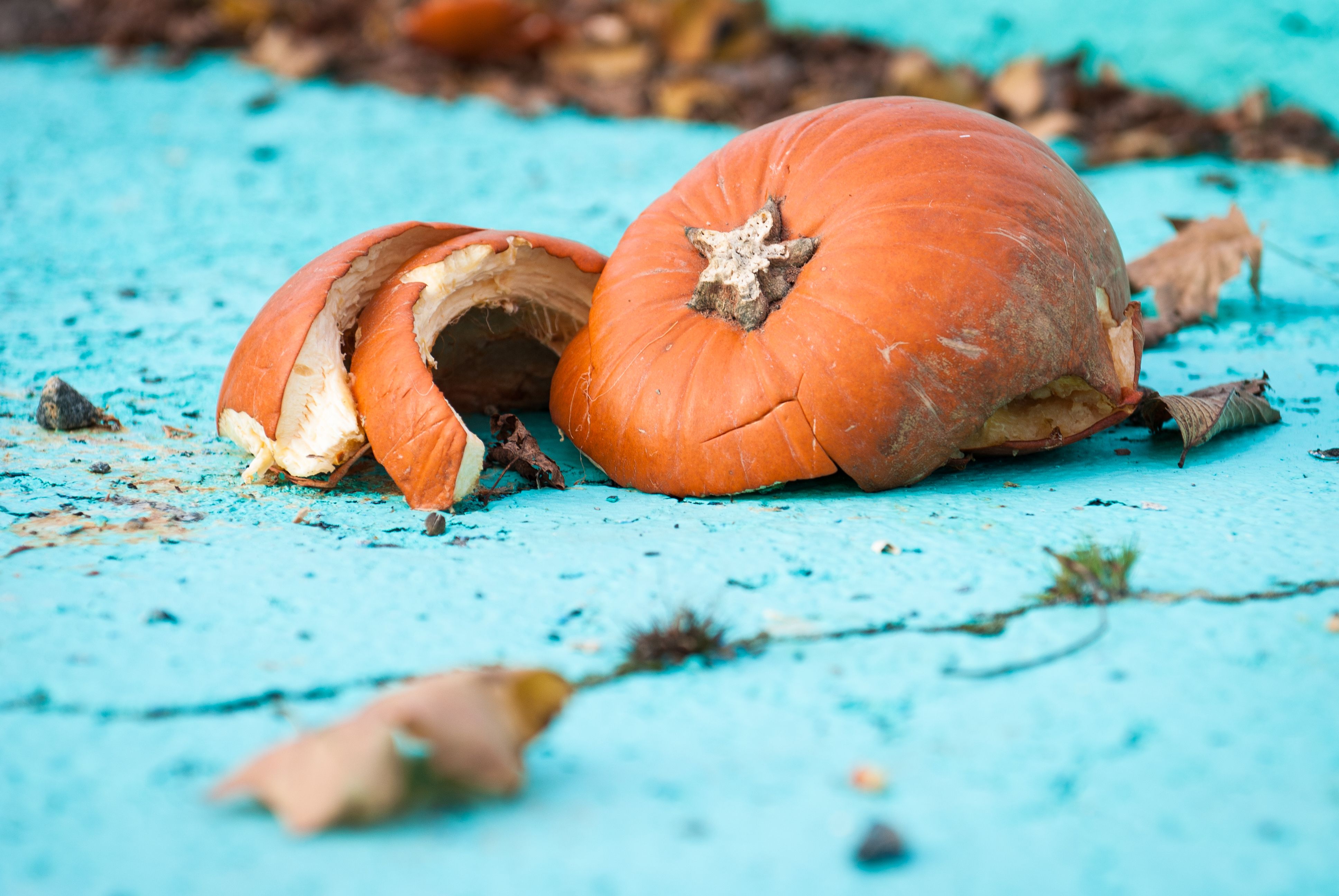 The first Halloween traditions, as the Anoka history correctly notes, were all trick and no treat. Early newspaper reports linked Halloween traditions in the US to Scotland and most often referenced Robert Burns poem “Halloween”. A newspaper report from 1823 explains that Americans know little about Halloween other than the name and that “the peasantry in the north of Scotland” viewed the date as a night for witches and fairies. In 1850, the New York Daily Tribune called Halloween an “anniversary which is now almost entirely disregarded in these parts.” It was, after the hijinks on April Fool’s Day, “our nearest approach to the saturnalia of the Carnival.”

The Staunton Spectator in Staunton, Virginia, put it in slightly starker terms in 1852. It describes “a multitude of wild mischievous games, which were tolerated at no other season.” Pranks included breaking into gardens and stealing cabbage, an early form of ding-dong-ditch that involved knocking rather than ringing, and even violently harassing women. It was, as the paper put it, a day “in which men are set free from the laws they are just learning to respect; partly, it would seem, as a reward for the deference which they have paid them, partly to serve them as a kind of breathing spaces in which to recover from the unwonted fatigue of being obedient.”

Reports of boys (or “Young America,” as they were often called) causing mayhem and destroying property persist through the mid-1800s. The public accepted their behavior using questionable logic. As a writer for The Alleghanian put it in 1859, “Still, as boys are boys, and as Halloween cometh but once a year, we should be content that it is no worse.”

By the 1860s, mentions of Halloween in newspaper records increased exponentially. Then, in 1894, comes the first mention of a Halloween parade in the papers collected by the Library of Congress.

The true first Halloween celebrations in the United States 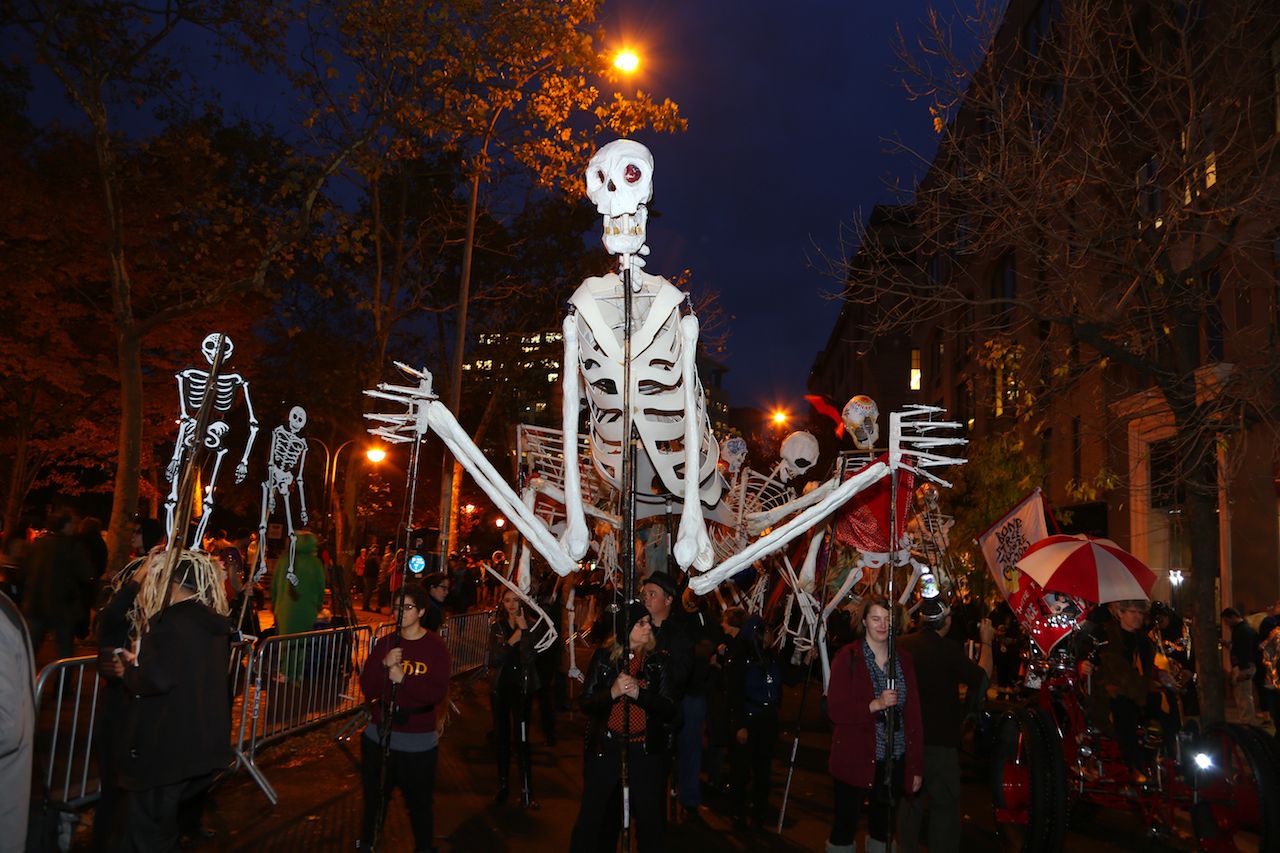 Despite Anoka’s own collected and oft-repeated history, as well as the declaration on the floor of the House of Representatives, it was not the first city to throw a Halloween celebration.

In 1894, The Scranton Tribune of Scranton, Pennsylvania, notes, “The Chester Hallowe’en parade will have 5,000 men and boys in line.” Chester only had around 20,000 people in 1890, meaning about a fourth of the city’s population participated in this early Halloween celebration.

In 1895, Topeka, Kansas, had a Halloween Parade sponsored by the bicycle group T.A.A.W. It featured a costume contest for “the most grotesque appearance,” a parade, activities for children, and more. The managers were reportedly “anxious to have lady riders join the procession.” There are even references to a past parade complete with a “crowd of ruffians” who threw things at paraders. Though, it should be noted, ruffians “sprinkled tacks in the path of the bicycle parade,” so it didn’t all go off without a hitch.

Perhaps the city with the strongest claim to the first Halloween parades (at least according to historical newspaper records) is Anderson, Indiana. An 1895 story in the Indianapolis Journal covered “the annual parade of masked persons who celebrate ‘All Hallowe’en.’” It describes several thousand people in costume, 19 private parties, and six dances.

“There is perhaps no other city in the country that celebrates the day as does Anderson,” the report states. “The spirit of the festivities is always taken in good part, and all vie with each other in wearing grotesque uniforms.” It also later notes, “The strangers in the city were surprised at the parade, and watched the festivities with much surprise.” 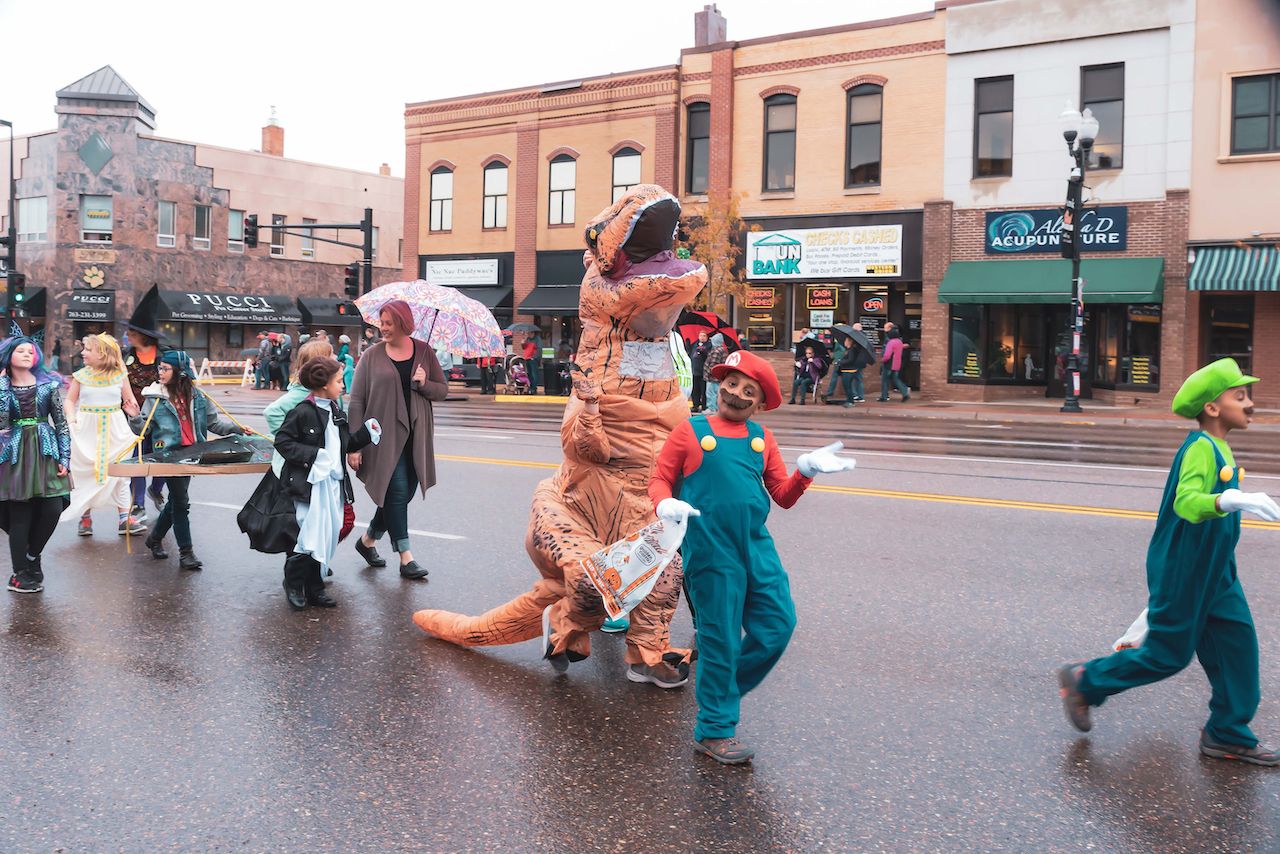 There isn’t a single mention of Anoka’s Halloween celebration in the newspaper records retained by the Library of Congress. There’s also no mention of the “Halloween Capital of the World.” Yet Anoka is frequently written about in major publications as the first to hold a Halloween celebration, and it holds the prominent Congress-approved brand name of “Halloween Capital of the World” — a title the city and its volunteer Anoka Halloween committee are more than happy to capitalize on.

According to the latest public IRS filings by the Anoka Halloween, Inc., the non-profit made $87,241 in total revenue in 2017. It also, notably, claimed $92,534 in expenses, $62,005 of which went to “program services” and $16,725 of which went to scholarships and awards. The event is a draw for the town of around 17,000 people, regardless of whether its claim as the first in the US is technically true.

“Yes, we have heard of Halloween celebrations that predated Anoka Halloween,” Josh Jost, a member of Anoka’s 100th Anniversary Committee, writes over email. “However, it is believed that Anoka is the oldest continuous celebration that was created specifically to avert youth pranks.” He also adds, “Our designation as the Halloween Capital of the World is backed by Congressional Declaration.”

Anoka might not be the home of Sleepy Hollow, but the town’s widely accepted legacy is impressive. Impressive enough, perhaps, for Anderson, Indiana, to take a look at challenging the title.

Holidays7 Fascinating Halloween Traditions Around the World
Tagged
Festivals Holidays Minnesota, United States
What did you think of this story?
Meh
Good
Awesome