Travelers who visit foreign lands and who don’t have a good grasp of the local language often rely on hand signs to make themselves understood. But if you want to befriend the locals or just avoid angering everyone around, you should watch their hands very carefully. What may seem like an innocuous hand gesture in North America can have severe social consequences abroad. While pointing with an index finger seems to be rude everywhere in the world, most hand signs meaning vary widely from country to country — a simple thumbs-up or even crossed fingers can land you in hot water.

This guide to hand signs and what they mean in foreign countries will help you stay polite when abroad — or teach you how to make your point in a bad-mannered, and sometimes obscene, way if that’s what you’re after.

Common hand signs and what they mean 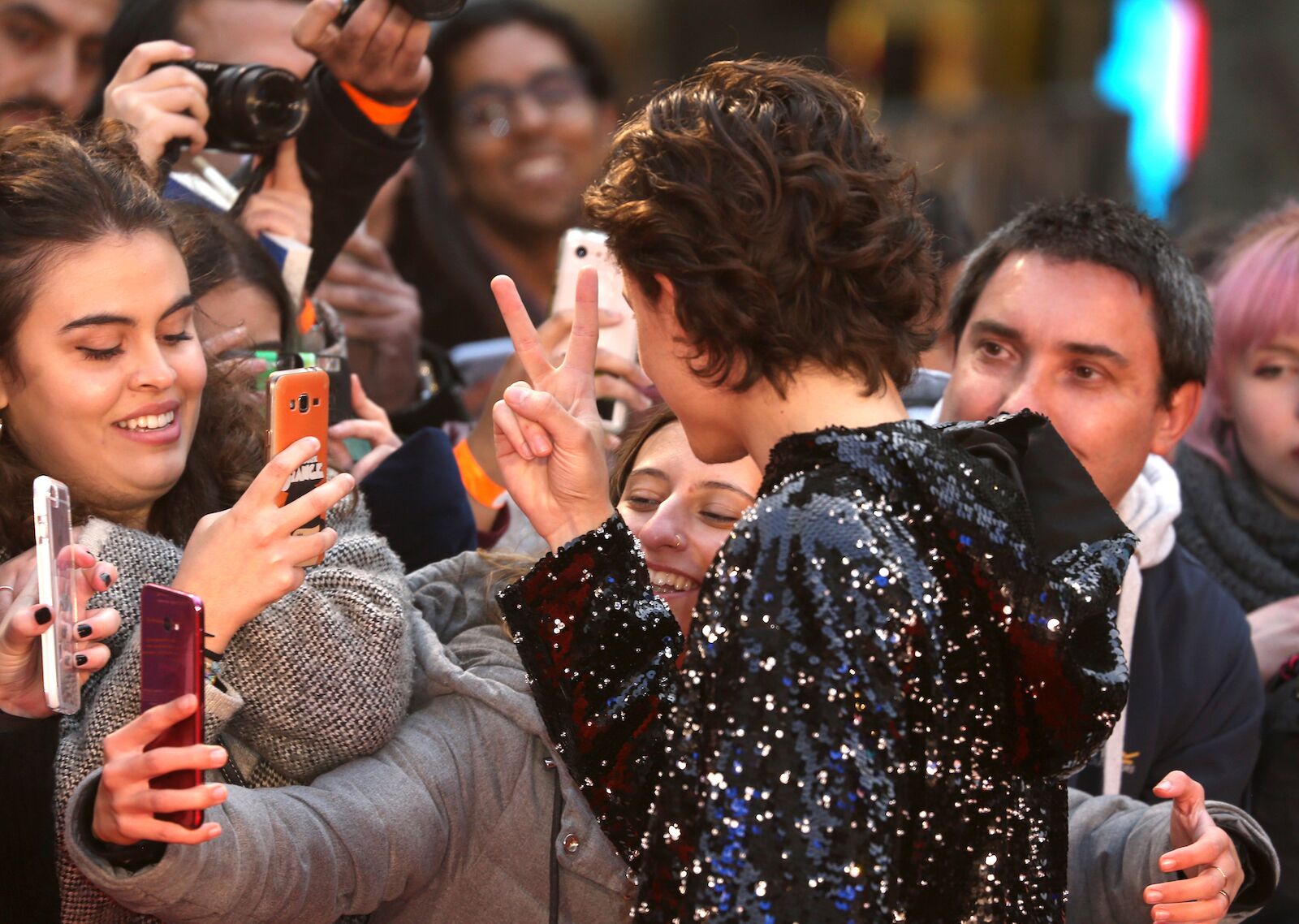 While making a V with you index and middle finger is a sign of victory, if turned backwards, it is the nonverbal equivalent of “up yours” in the UK, Ireland, New Zealand, and Australia. Backwards peace signs are to be avoided in polite interactions.

Holding your palms out in Greece

We use this hand gesture in North America to say “stop,” or, if you’re childish and petulant “talk to the hand.” In Greece, however, holding your palms out towards a person is a highly insulting gesture known as “the Moutza.” This hand gesture is said to be a remnant of Byzantine times, when people could taunt shackled criminals by smearing their faces with excrement.

Thumbs-up in Thailand and in Islamic countries

This hand gesture of agreement or approval is an easy reflex when language barriers are at play. Try to avoid it in Thailand, though, where it’s a sign of condemnation. It’s typically a child’s gesture, the Thai equivalent of sticking out your tongue. People will likely be more bemused than hurt if you slip up. Still, it’s a good one to avoid.

In the Islamic countries, a thumbs-up gesture means “up yours”, the equivalent to the North American middle finger.

When in Bulgaria, watch what you do with your head! In Bulgaria, nodding your head means “no.” You may inadvertently disagree or agree if you nod or shake instead of verbally expressing your opinion, and that could put you in some very uncomfortable situations. 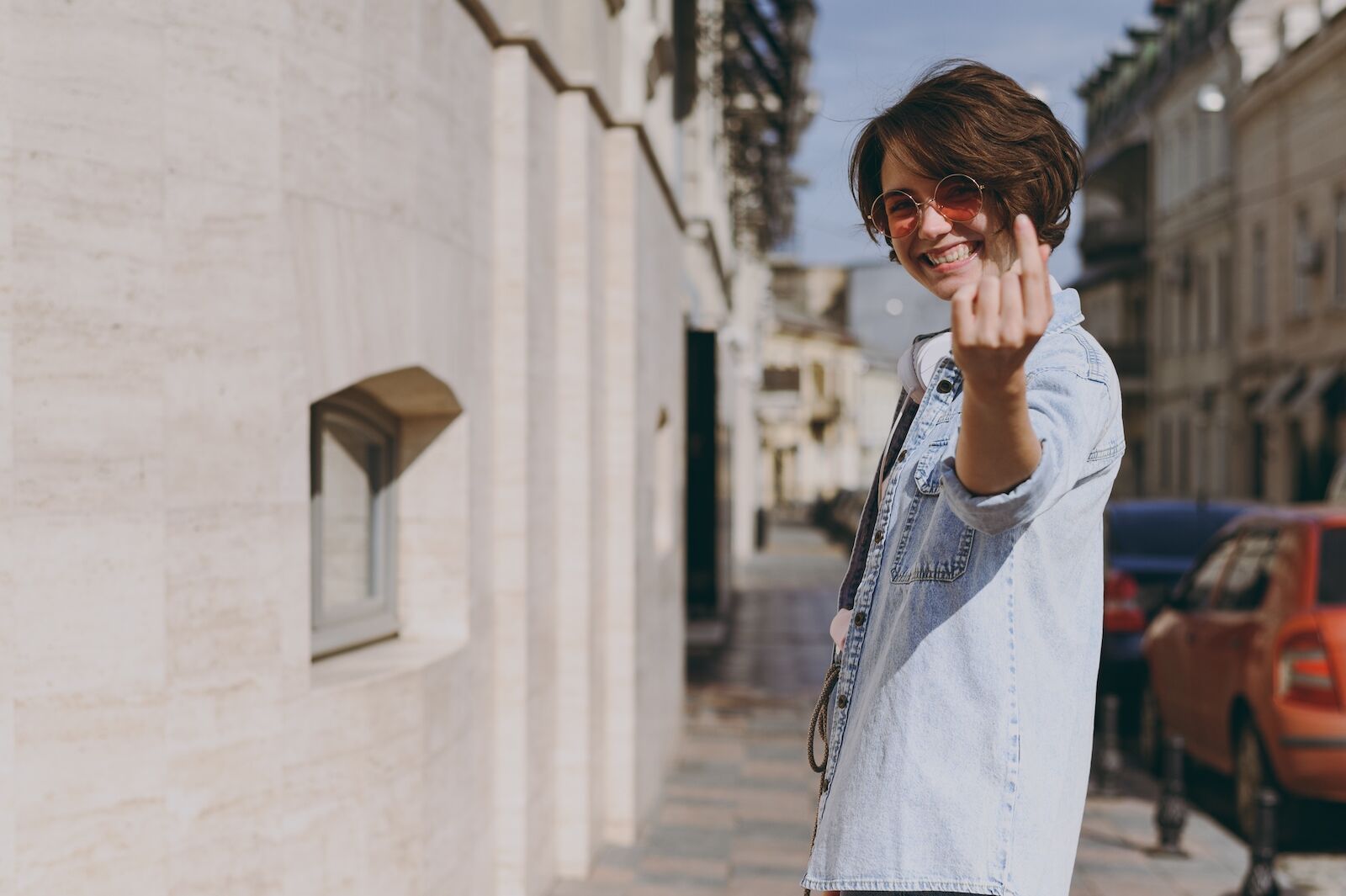 Curling your index finger to say “come here” is a no-no in many Asian countries. This gesture is derogatory; suggesting that you see them as a subservient inferior.

In Japan, the come-hither hand sign is highly offensive, too. The Japanese way to beckon someone looks like an American wave, palm out and fingers waving down.

Patting on the head in Sri Lanka

An open-palmed pat on the head of a child is a gesture of fondness in North America. If you need to get a child’s attention, it’s also the easiest place to tap them. However, according to an article from the New York Times, “In India, Sri Lanka and Thailand, patting a child on the head would be shocking and offensive because the head is believed to be the seat of the soul.”

Making a circle with your thumb and forefinger means “great” or “fine” in North America. It’s also used by scuba divers to communicate that there are no problems. In France, however, this gesture means “zero.”

In Japan, this hand sign suggests talks of money when the fingers are pointed downwards. It essentially mimics the shape of a coin.

In the West, people aren’t especially mindful of their hands when they offer objects to others. In Japan, though, it is polite and expected for people to make offerings with both hands. If you give someone a business card, or hand them your camera to take a photo, be sure to pass on the item with both hands. This shows that you are fully attentive and sincere in the offering. While not insulting, one-handed presentation might be taken as dismissive. 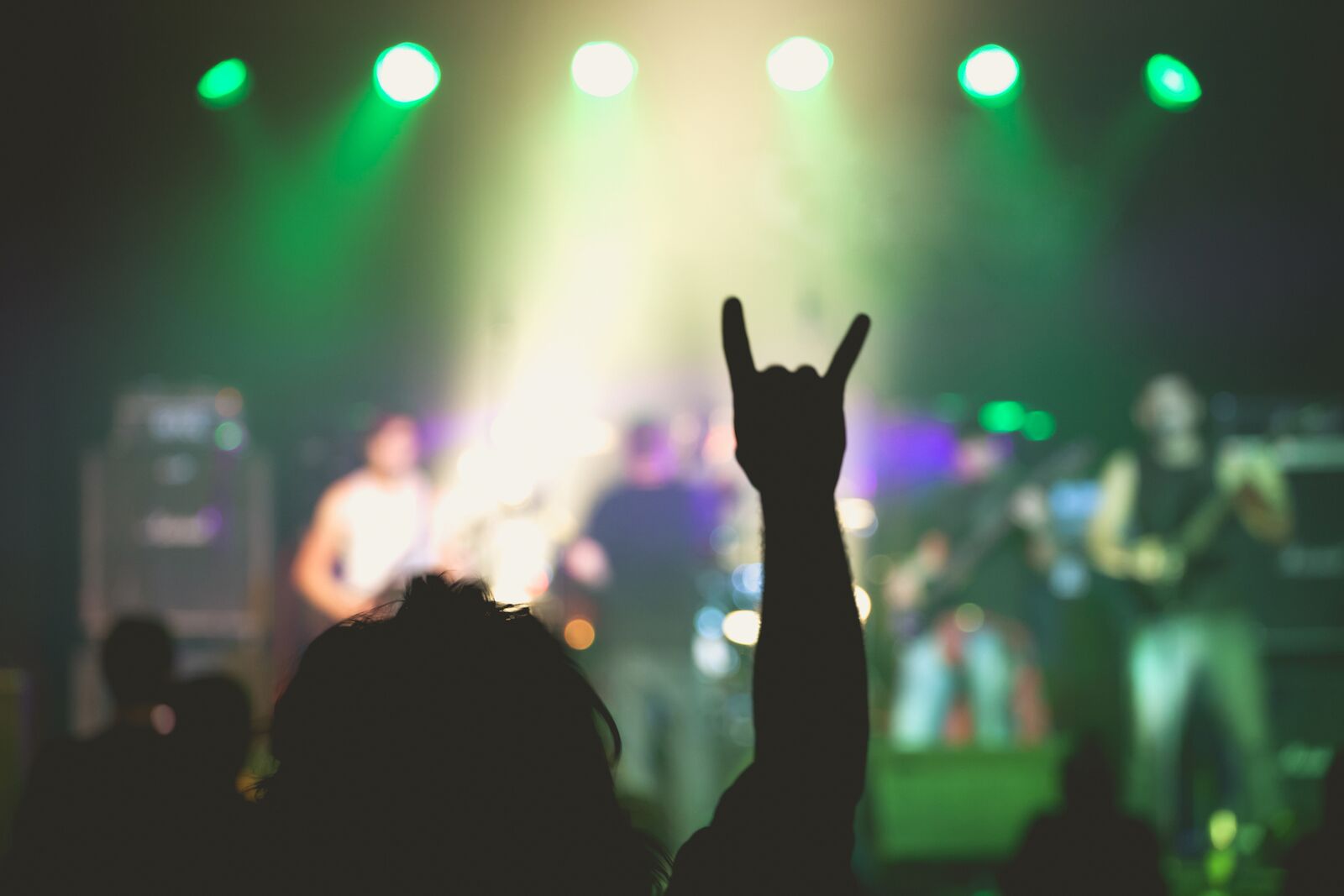 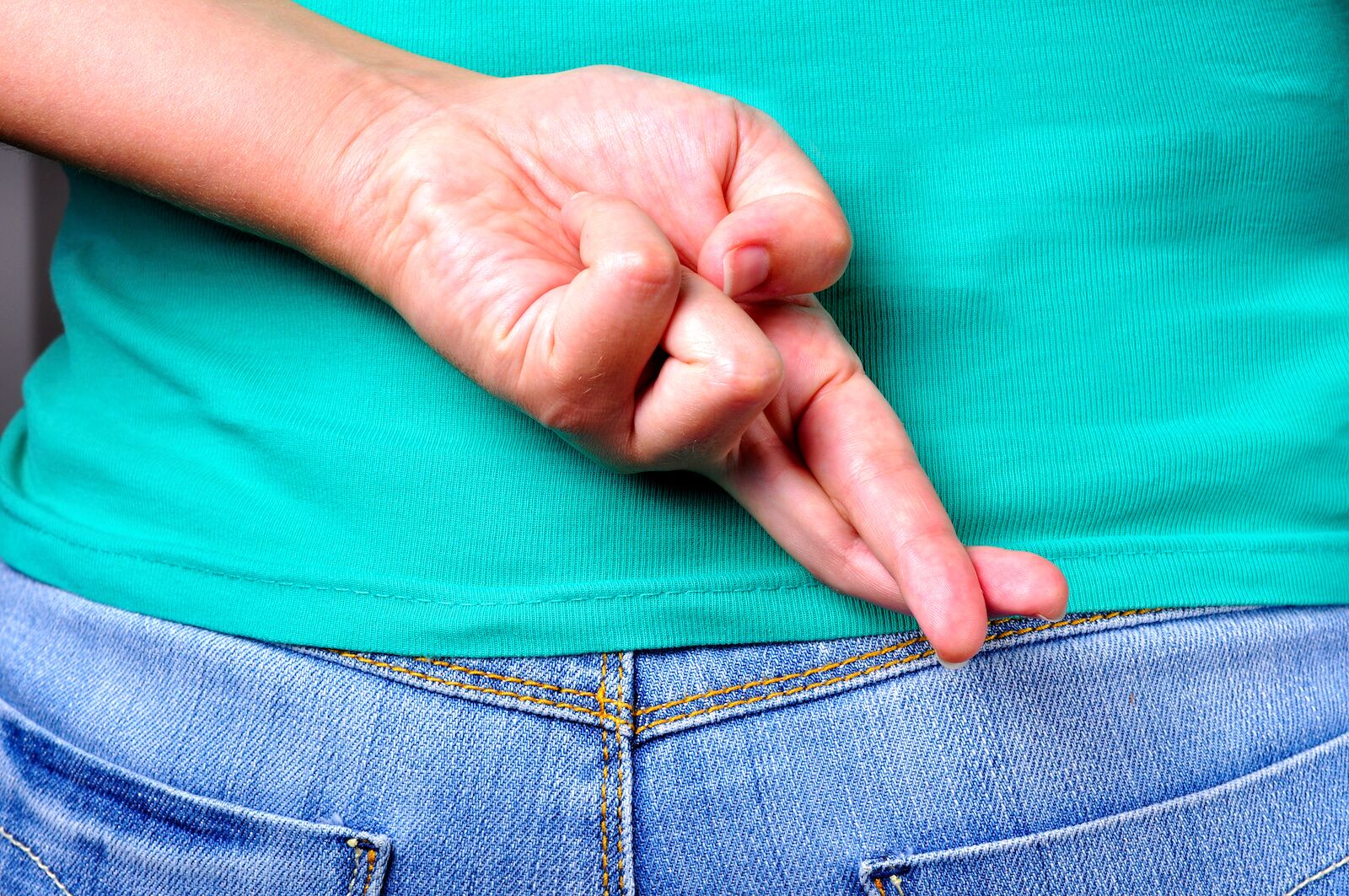 The meaning of crossed fingers in Vietnam

Many western cultures make this gesture when wishing for good luck. A hand with the index and middle fingers crossed is even the logo for the UK’s National Lottery. In Vietnam, however, this is an obscene gesture, especially when done while looking at or addressing another person. The crossed fingers are said to resemble female genitals.

In Brazil, the A-OK sign does not only stand for the equivalent of the middle finger, it also suggests the insult “A-hole” and can be a strong sexual insult.

In Russia, this hand gesture can be interpreted as propositioning someone for sex.

“Got your nose!” in Turkey and Slavic countries

A fist with the thumb tucked under the index finger doesn’t have a set North American meaning, except when playing “got your nose” with a child. It also means the letter “T” in American Sign Language. In Turkey and Slavic countries, however, this gesture is aggressively rude; the hand sign equivalent of “screw you” or “get F*cked”. Known as “the fig”, this hand gesture has vulgar sexual connotations because it looks a little like a clitoris or like sexual intercourse. The meaning of this hand gesture is said to date back to Ancient Rome and still today, in Italian, the term “fica”, which translates to fig, is a slang word for female genitalia.

In Nicaragua, this gesture is also considered very rude. It is equivalent to giving someone the finger.

In Indonesia, the “got your nose” hand sign can be interpreted as asking someone for sex.

The V sign is rude only in certain circumstances.

The V sign is the equivalent of the middle finger in the UK, Ireland, New Zealand, and Australia only if it is performed in a certain way: with the palm facing inward and with a little upward jerk.

Another rude iteration of the V sign is to have your palm facing inward, the two fingers spread so there’s one on each corner of the mouth, and your tongue stuck out. It is a gesture that signifies oral sex.

What does the upside-down A-OK hand gesture mean?

In the US in recent years, the A-OK hand gesture has been used by white supremacy extremists. Turned upside down, the hand sign forms a W and a P, which are said to stand for White Power.

LanguagesThe 7 Hardest Languages To Learn for English Speakers
Tagged
Languages
What did you think of this story?
Meh
Good
Awesome